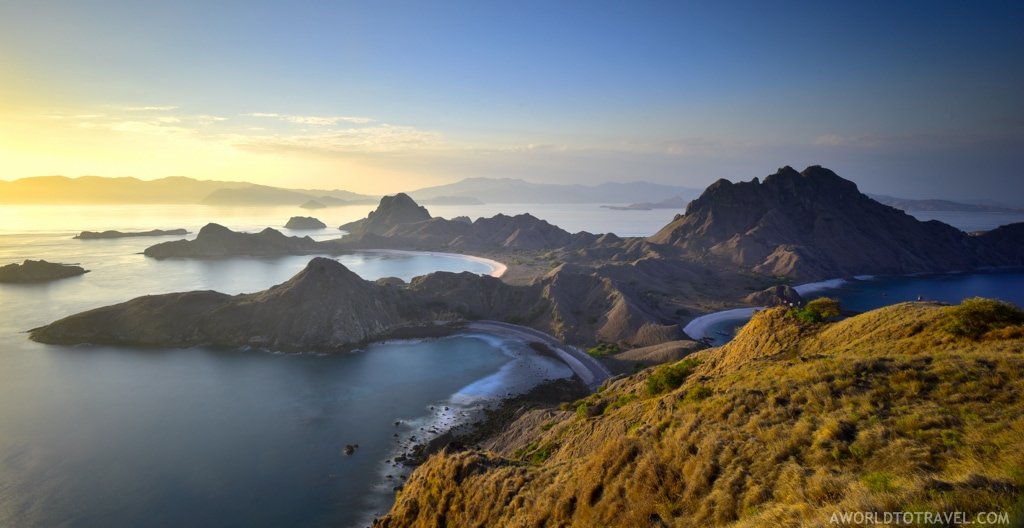 Still jet-lagged as we made our way back from SE Asia just yesterday after our Indonesia, Singapore and Malaysia adventures of the past 5 weeks, we can’t wait and are truly excited to share some very good news with you all.

As we told you in a previous article, last month we had the incredible fortune of being invited to explore 6 of the most known Indonesia spots: Bandung, Borobudur, Yogyakarta, Bromo Mountain, Bali and the drop-dead gorgeous paradise on earth that is Komodo Islands.

Why Komodo islands, at the doorstep of the Flores region, was our favorite could be explained in the following numbered list:

This small town in West Flores island is the perfect base to explore the archipelago and where everybody traveling by plane and boat to the area are likely to arrive to.

Take for instance its cozy cafes and restaurants, the port where you will leave for your island-hopping adventures and the always welcoming Indonesian people that populates the area. You will want to move there I tell you!

Views from our hotel window at Labuan Bajo, Indonesia

2. KOMODO NATIONAL PARK IS A HEAVEN ON EARTH

Komodo National Park ticks all the boxes that would make ‘The perfect paradise spot’.

Located between the tropics, the weather is pretty humid and hot but great news is that you can jump in the pretty clean – and turquoise – waters that surround the many islands anytime, and feel just awesome and refreshed.

Indonesian islands from above

Indonesian Islands from above

3. AND A DIVING WONDERLAND


As lush and diverse flora grows everywhere above the sea level, colorful corals do the same under it.

More than 300 types to be precise, as well as mangrove forests, thousands of fish, sponges, dolphins, whales, green turtles, sharks and stingrays.

Its fascinating underwater world is pure bliss for snorkeling and scuba diving!

4. THERE ARE UNIQUE SPECIES WORTH THE TRIP ON ITS OWN

The fauna is nothing short of spectacular as well and the islands feature a unique star, the Komodo dragon. These gigantic creatures are famous for being a patient predator capable of killing you in a couple of days. Thanks to them being an endangered species that can only be found in this region of East Nusa Tenggara, the Komodo National Park was declared a World Heritage Site by UNESCO almost three decades ago, in 1986.

5. IT IS HOME TO PULAU PADAR

Every ‘Pulau’ (aka ‘island’ in Indonesian) we came across during this trip was great but believe us here, Padar was the most stunner of them all. No one but your own legs are likely to transport you on top of this one, but all the sweat will be highly compensated with the views you will get afterwards. Promised.

As they are everywhere else you might be thinking.

Just spent the most magical two days in Labuan Bajo and Komodo National Park #wonderfulindonesia #inatopbucketlist This region is so stunning we are short on words to describe it. Let’s leave the pictures to do all the talking. Now headed to Bali for the last few days of this trip. Still much more goodness to come ?

Well, get yourself to Komodo and then please come and tell us if you think any different.

7. KOMODO IS A LAID-BACK ARCHIPELAGO

And a great place to chill, unwind and relax. You could be stepping on a few islands without seeing anyone else than the people in your boat as most of them seem to be recondite and, luckily, well-preserved and free of any man presence or trace.

One of the Indonesian bloggers that came along in this adventure.

Only a few islands in Komodo National Park are populated.

We departed from Labuan Bajo soon after sunrise, headed to Rinca Island for some Komodo dragon spotting, had lunch at Loh Liang, went snorkeling at Pink Beach and did some serious trekking at Pulau Padar to catch sunset from the hill and returned to Labuan Bajo by boat – and under the starts! – all on a full day trip. Basically, this route became the best and most memorable day of our 3 week Indonesia trip.

As you can see in the above galleries, we had an absolute blast at these islands and can’t wait to go back and continue exploring Flores and Komodo National Park. Not that this fact makes any difference to you, right? Good that here comes the best and the reason you are most likely reading this post today:

INSPIRED? ADD THIS PIN TO YOUR TRAVEL PINTEREST BOARDS:

YOU CAN TRAVEL TO KOMODO ISLANDS FOR FREE TOO!

Keep reading below the related articles box to know everything about the EPIC CONTEST Indonesia Tourism has just put together to bring you and other 9 lucky contestants there next month.