What To Do In Oman – A Road Trip Itinerary

Oman is one of the most naturally and culturally diverse countries in the Middle East. Still not a very popular Middle Eastern destination among the tourists, Oman is gradually making its mark on the world tourism map. There are a lot of different things to do in Oman as the country is home to a long stretch of a 3000 km coastline, the highest peak in the Arabian Peninsula, and the centuries-old history of the Frankincense civilization.

Hence the best way to explore the natural beauty and tradition of Oman is embarking on a road trip adventure across the country. Moreover, the roads of Oman are considered some of the best in the world, so driving around would not be a bad idea to explore Oman at all.

Getting started in Muscat 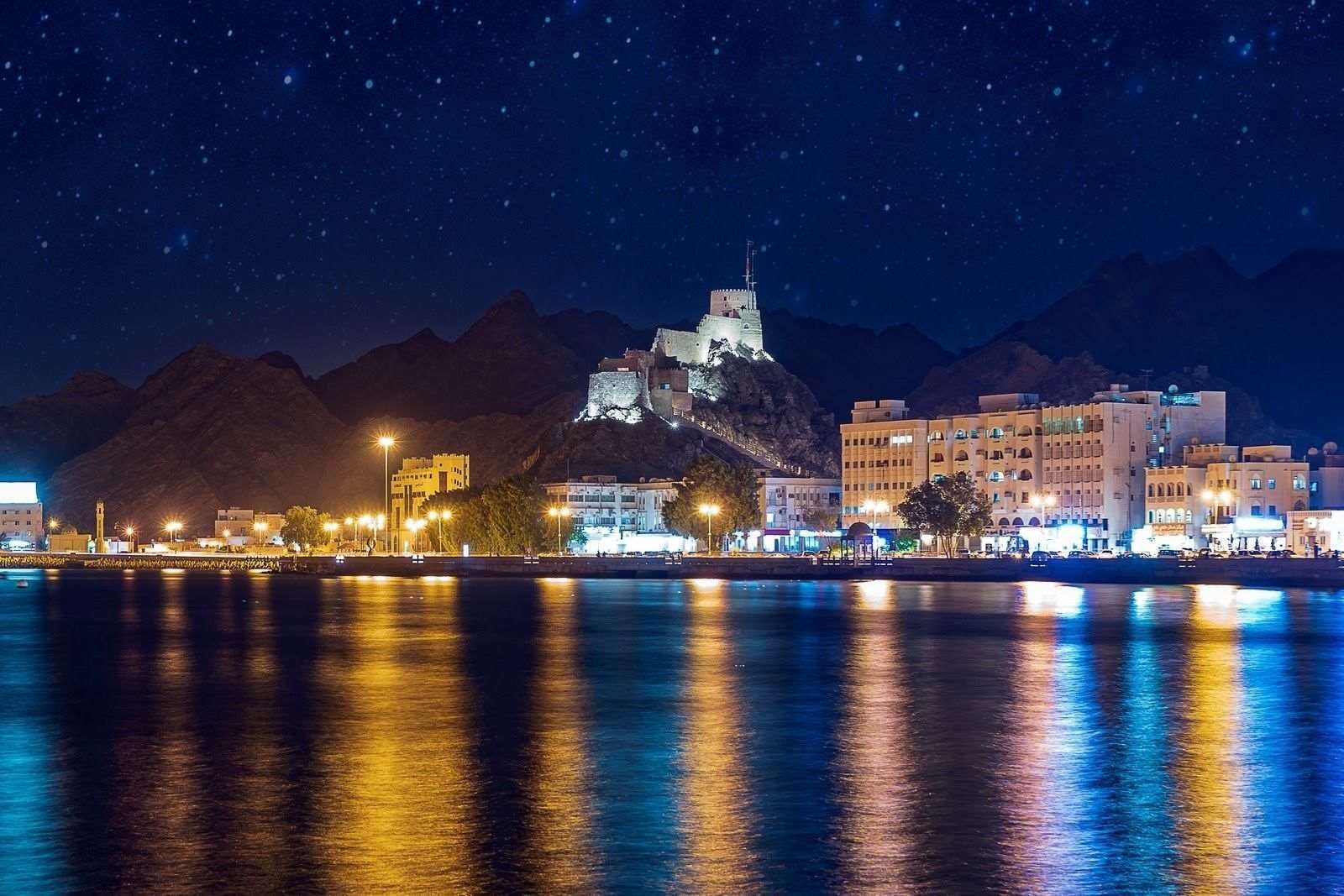 The capital port city of Muscat is an urbanized city with touches of Arabian heritage as well as the country’s main culture and arts hub. Unlike its more famous neighbor Dubai, the skyline of Muscat does not have a single skyscraper.

The city is considered to be laid-back yet modern while sticking to its Bedouin values and Arabic heritage and culture.

Almost all of the travelers coming to Oman start their journey from Muscat. Though there is so much natural beauty, beaches, and parks to be visited in Muscat before that, you should visit the major monuments of the city to learn more about the Arabian architecture and Islamic values of Oman. 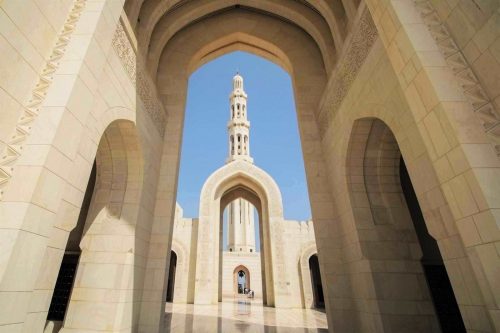 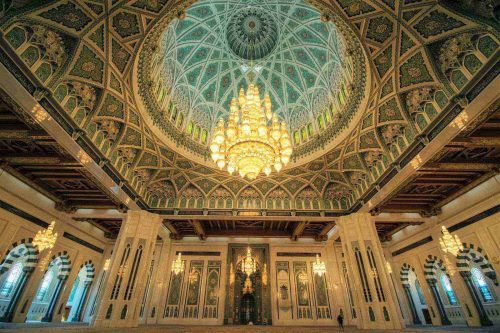 The Sultan Qaboos Grand Mosque was named after the ruling king of Oman, and it is the biggest and the most lavish mosque in the country. Made up of white marbles, the mosque is located right in the heart of the city.

In the main praying hall in the mosque hangs the world’s largest chandelier, which is fourteen meters long. There are smaller chandeliers hung all across the mosque, and it is surrounded by five minarets that guard the building’s main dome.

The Sultan Qaboos Grand Mosque is also the only mosque in the country open for people from all nationalities to visit and experience the beauty of Arabian architecture. 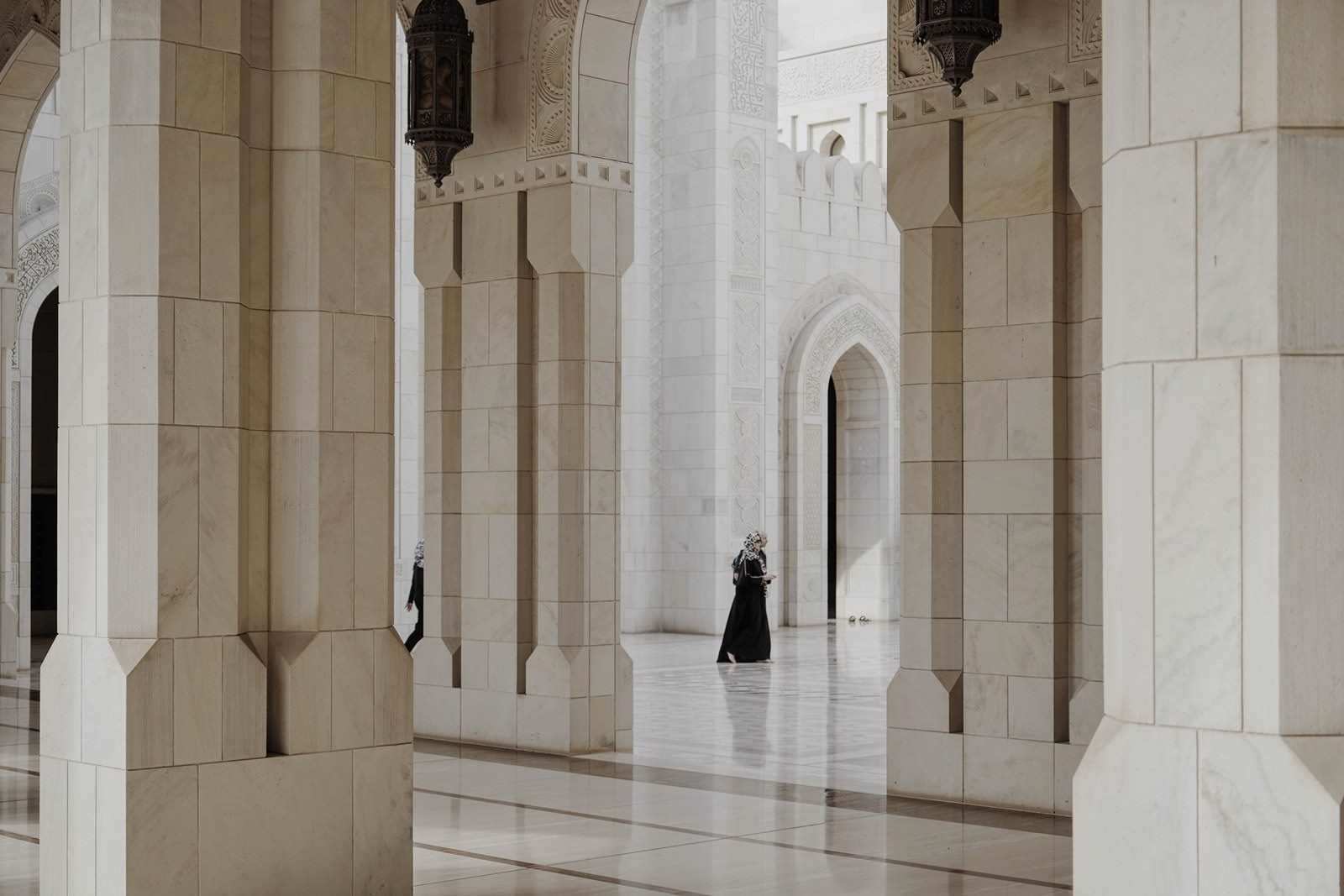 *Note: The Sultan Qaboos Grand Mosque is open for people from all religions, except Friday afternoon when the Friday prayers are conducted. Women should cover their heads and wear clothes covering their bodies from shoulders to knees to enter the mosque. Men should wear full-length sleeves and trousers. 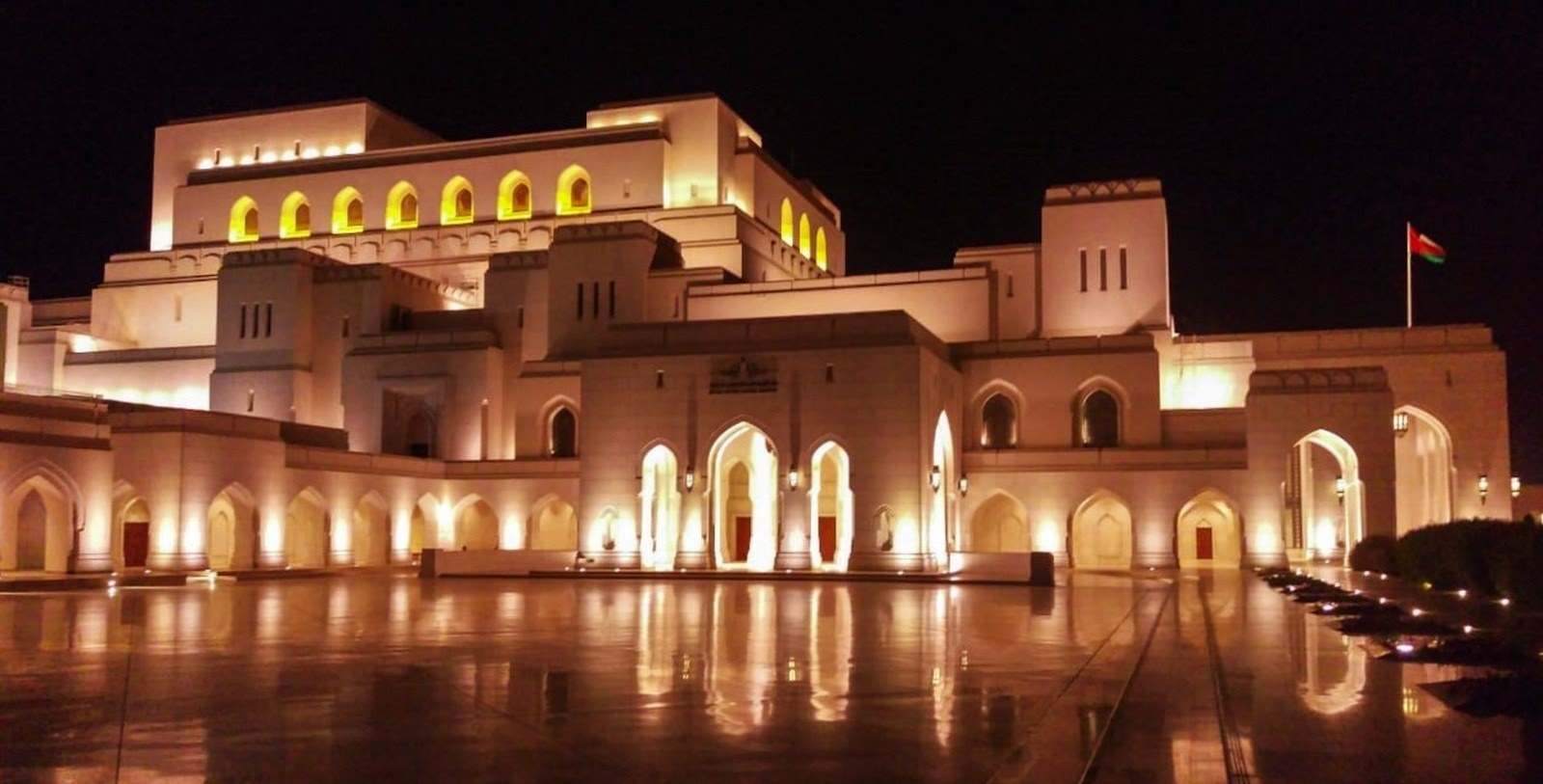 The Royal Opera House of Muscat is a marvelous white complex with gardens and auditoriums for different arts and culture-related events. The venue is used for local as well as international cultural events.

Visitors are welcome even if they are not attending any show in the opera house. The entire space speaks for Arabesque architecture from every corner of the complex.

On special occasions such as Eid or the National Day of Oman, free laser light shows are conducted at the Royal Opera house Muscat. It is also a great spot for photographing during the golden hour as it gets even more picturesque when the sun goes down. 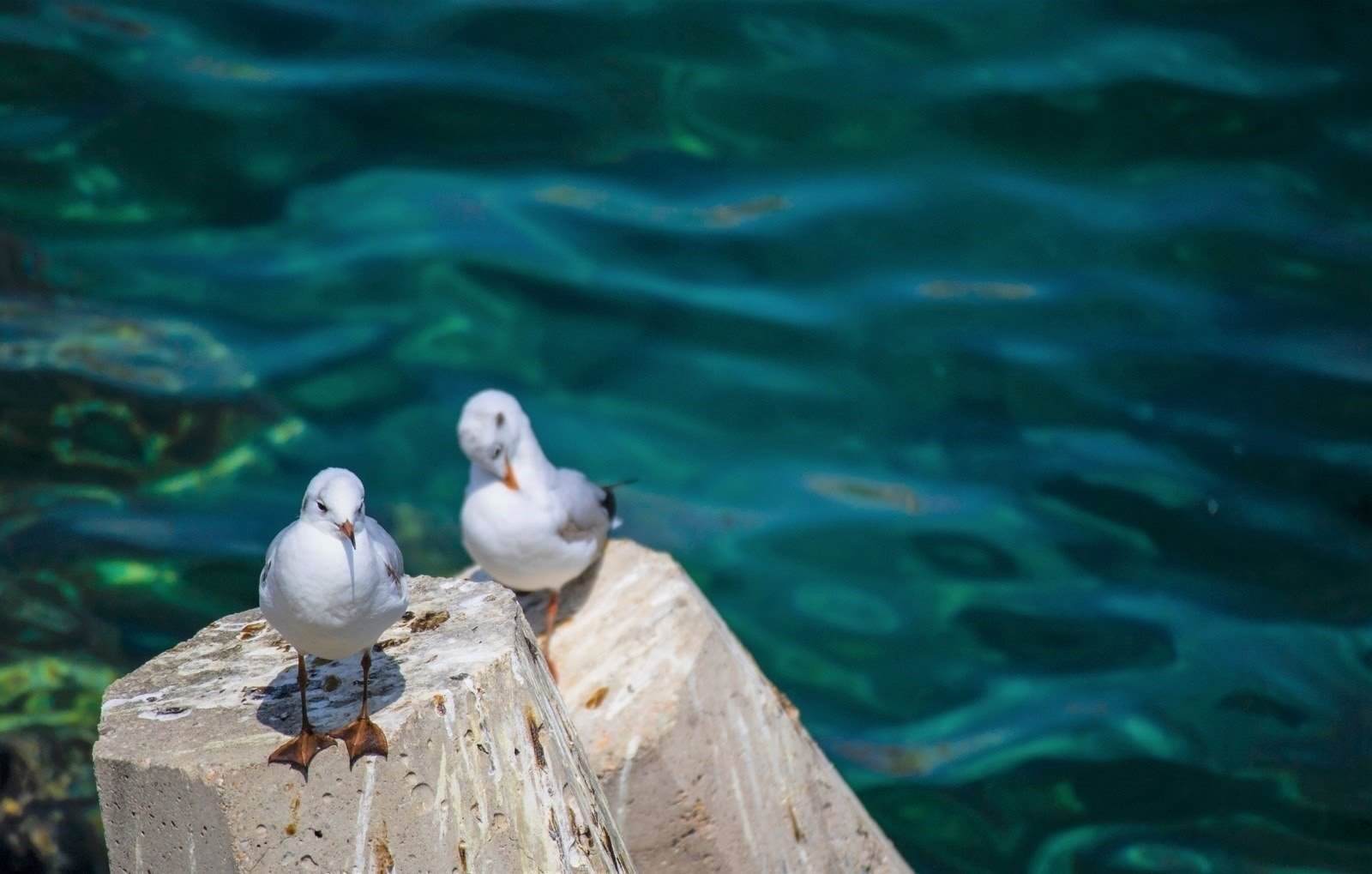 The Muttrah Fort is a 16th-century fort built by the Portuguese sailing traders who landed on the port city.

The fort was built to guard the port area and trade ships used by the Portuguese on top of a cliff facing the Arabian Sea and the beautiful Muttrah Corniche, which is a 5km long walkway along the sea. The port is made up of limestone rock and stone, which is abundantly found on the Omani soil.

There are hidden chambers inside the port, which were built for the people to escape in case of an attack. There are a total of three viewpoints at different levels on the port. The top viewpoint gives magnificent views of the Corniche road running alongside the Arabian Sea.

The fort has been recently renovated and the entry fee has been removed. (As of Feb. 2019, the Muttrah fort is free to enter). 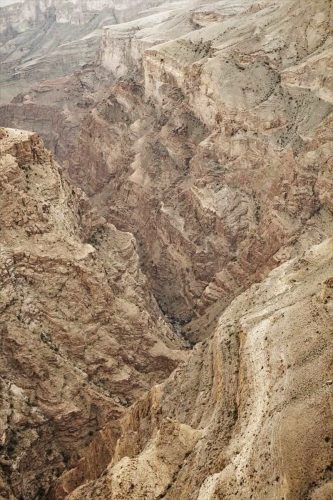 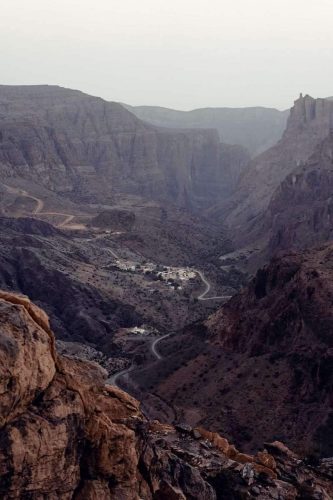 Just a short 2 hours’ drive away from the city of Muscat, Jebal Shams can be reached by driving to the governorate of Nizwa from the Nizwa road highway in Muscat.

The Jebal Shams Mountain in Oman is a part of the Al Hajar Mountain range and it is the highest peak in the Arabian Peninsula standing at 3000 meters above the sea level. It attracts lots of local hiking and adventure enthusiasts from the neighboring countries. However, despite being a great trekking trail, the mountain has still not gained huge popularity in the region.

The trek is called the Jebal Shams trek (Jebal Shams means the mountain of the Sun in Arabic). It is a short two days trek which can be completed in a single day as well if you are in good fitness. The trek passes by small villages and Bedouin houses in the mountain which are surprisingly still untouched by civilization. The trail is rocky and challenging at some points where the route gets extremely narrow. The trekkers will always be accompanied by the mountain goats on the trek, owned by the local shepherds.

The sunrise and sunset views from the main viewpoint of Jebal Shams are incredible. After all, who wouldn’t like to see the sunrise or the sunset from the top of the mountain of Sun? 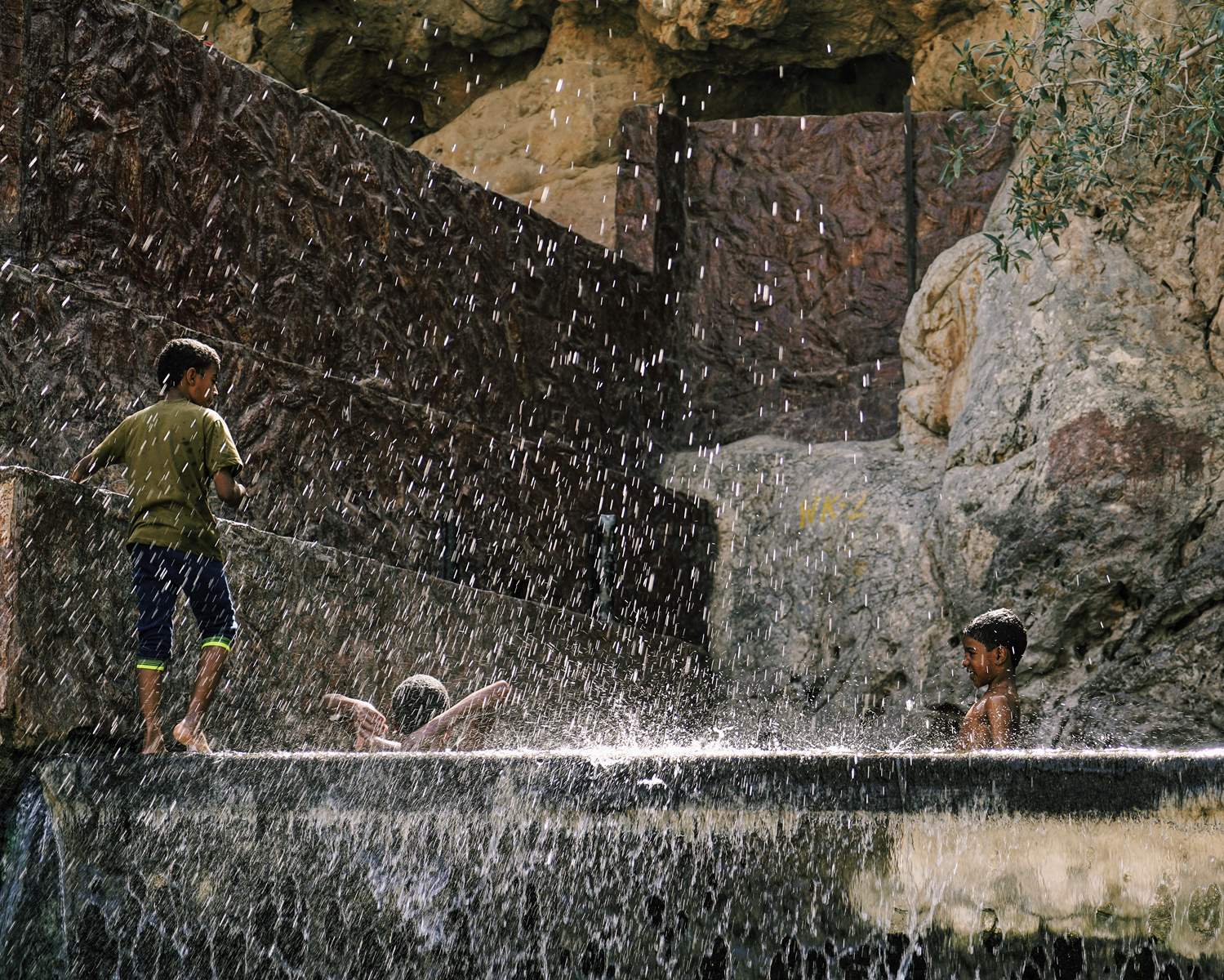 Another for the adventure lovers, the Al-Wakan Village hike is one of the most popular hikes to do near Muscat.

Located just a two hours’ drive from Muscat, the mountain village of Wakan demands a simple hike to be reached. Alternatively, you can also hike all the way up by climbing 700 stone paved steps that will take you to the top. The views of the valleys from the top of the mountain are worth the hike!

All along the same, there are pomegranate farms and farmers can be seen planting in the farms. The people of Wakan village are very friendly and they love to welcome the tourists for a snack or over a traditional Omani coffee. 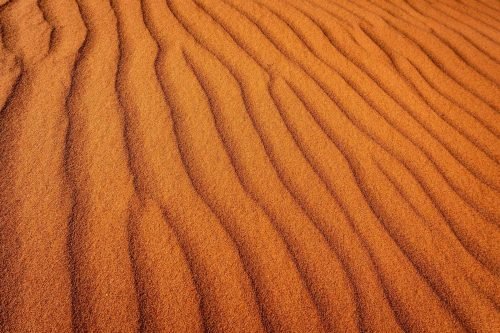 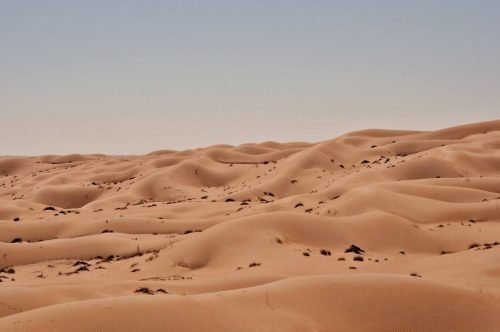 Finally, a four hours’ drive from the city of Muscat will lead you to the second largest desert in the country, the Wahiba Sands desert.

Located in the Sharqiyah governorate of Oman and also called as the Sharqiyah Sands, the desert is the best place in Oman to take a break from the chaos and the hassle of the city and to relax in the calmness of the lonely desert. Due to a large number of tourist influx in the area, there are many desert camps in the Wahiba Sands desert.

Though independent camping is allowed in the area, it is highly recommended to spend a night in the desert camps which are designed like the Bedouin camps in which the locals used to live.

Watching the sunset and sunrise from the top of a dune is a not to be missed activity while in the Wahiba Sands desert.

*Note: the Wahiba Sands can be only reached by a 4×4 drive. If you don’t have a 4×4 drive then the desert camps can arrange one for an additional cost. 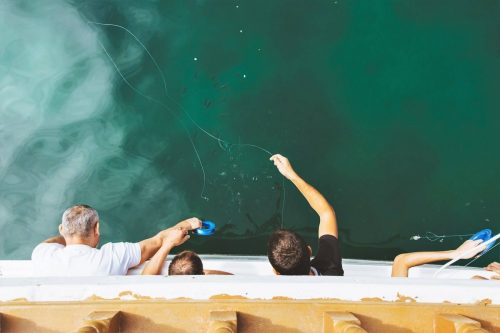 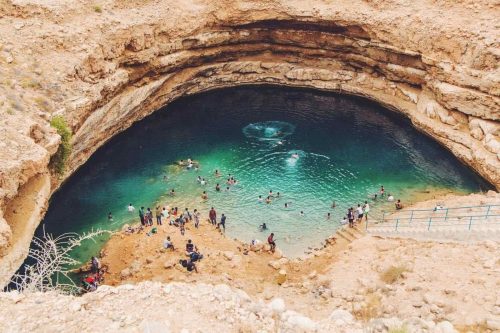 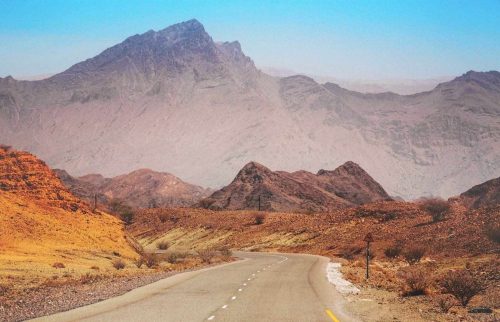 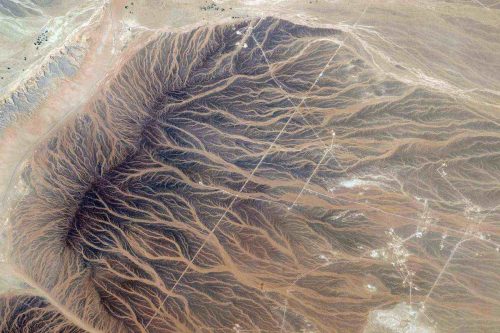 All in all, Oman is a perfect getaway for anyone looking for a break from the urban cities and the hustle-bustle of city life.

The country has an abundance of natural beauty to offer which is sadly still unexplored by most of the travelers visiting Oman. To explore the whole country, a minimum of two weeks would be ideal. This article covers most of the major sites across the northern side of Oman and this other, how to make your road trip as budget-friendly as possible.

The southern region of Oman is ideal to be visited during the monsoon season when the region turns into a lush green paradise and it doesn’t seem like a part of a desert anymore!

The country offers everything from natural beauty to cultural diversity and manmade marvels that depicts Arabian architecture from every corner!

On top of that, they are currently making efforts to get a place on the World Tourism Map with the tourist influx increasing steadily, so plan to visit Oman soon and discover Arabia’s best-kept secret.

Rahma Khan is the blogger behind 'The Sane Adventurer', a blog aimed at safe travels and adventures in off the beaten tracks around the world. Born, grown-up and currently living in Muscat, Oman, she is a Pakistani expat who calls herself Omani by heart. An engineer by profession and a traveler by passion, Rahma is currently just ten countries old. However, her love for traveling across all the continents is slowly but passionately taking her to new places.