When you’ve got a quick stopover in one of the most exciting cities in the world, there’s no time to waste. Hong Kong is a popular gateway city for many travelers, boasting an impressive range of attractions, sights, and places to eat. With only 48 hours in the metropolis known as the city of lights that never sleep, we’ve covered off the must do’s and must see’s for first-timers.

YOUR GUIDE TO A WEEKEND STOPOVER IN HONG KONG

WHERE TO STAY IN HONG KONG

As the name suggests, the Mini Hotel is at the heart of Central and within walking distance to SOHO, the Peak Tram Station and entertainment quarters. This is a perfect location if you intend to be outdoors for your 48-hour duration, especially if you plan on shopping!

Located right across from the luscious Victoria Park and a 2-minute walk from Causeway Bay, this is where most of the action in Hong Kong lies. If shopping is on the agenda, this hotel is smack bang in the middle of it. The recently refurbished hotel will also satisfy all comforts with magnificent views of the water and city. There is also an airport shuttle service to ensure you get to and from smoothly.

It’s hard to beat a hotel with a bar that ranks the highest in the world; literally speaking, this bar sits in the sky higher than any other! The hotel is also home to five restaurants, two of which are Michelin Star. With spectacular views of Victoria Harbour, you don’t even have to leave the hotel if you don’t want to. The hotel is also located along the Airport Express Line that will only take 20-minutes door to door.

WHERE TO ‘PLAY’ IN HONG KONG

Hong Kong is an impressive city which is most appreciated from above. Take the tram to The Peak which is the highest mountain on the island with views that span over Central, Victoria Harbour, and Lamma Island.

Hong Kong may be light spectacle every night, but what is particularly special is the Symphony of Lights show which can be seen on the Star Ferry. Each night a multimedia display is projected on over 40 buildings in the city. This is also a novel way to see the city from a different view.

A good portion of Hong Kong’s reputation hangs on its impressive shopping scene. Leave no shop unturned and visit Tsim Tsa Tsui where market stalls meet malls and if it’s in the budget, designer stores too.

For those looking to understand the city a little better, the Museum of History is a good place to start, with galleries illustrating the Dynasties, culture of Hong Kong, Wars as well as the Natural Environment. There are also exhibitions worth checking out too.

WHERE TO DINE IN HONG KONG

If there was one area to explore for food it would be Lan Kwai Fong. This is Hong Kong’s notable dining and entertainment area with clubs, bars and restaurants flooding the streets. Try street food like egg waffles or fish ball noodles. 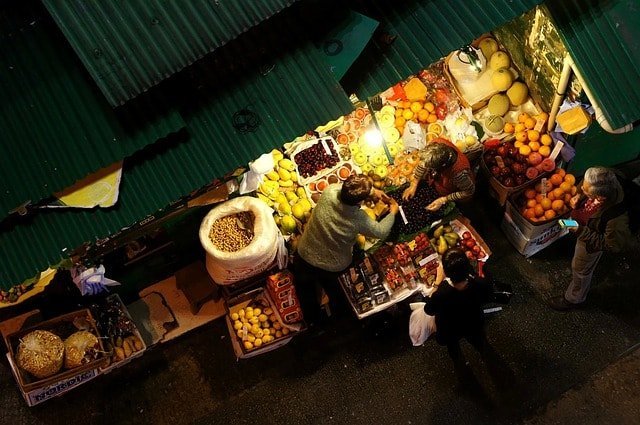 The dim sums at the affordable Michelin star, Tim Ho Wan should also make the dining bucket list. At Ah Shun’s Kitchen in Cheung Chau, some of the city’s best seafood is served. It may not look glam, but it’s where the locals go, and so should you!

There are a couple of things to note about eating in Hong Kong.

The great thing about Hong Kong airport is that it’s a destination itself with so much to do, shop and eat. Even the airport has a big emphasis on shopping and while most airports are, this one actually has a large mall with numerous shops to explore.

If you’re a history buff, check out the Aviation Discovery Centre which features the history of aviation in Hong Kong with themed exhibits. If traveling with kids, they will love the Cockpit simulator. And if you didn’t watch enough movies on the plane, the airport has the largest IMAX giant screen in Hong Kong.

Convinced and ready to jet off? Fly with the nation’s flag carrier Cathay Pacific, who offers flights to Hong Kong from all over the world.