The USA Music Festivals You Should Attend In 2020

It’s been estimated by Billboard that 32 million people go to at least one music festival in the United States every year…32 million! And that number continues to grow year after year.

Luckily for the musically inclined, that means there’s certainly no shortage of amazing music festivals to choose from. So we narrowed it down a bit to present you with seven of the coolest music festivals in the US these days. Enjoy!

Dirtybird Campout takes the concept of “camping festival” to a whole new level by creating an atmosphere that is reminiscent of days at summer camp (you know, if you were a kid lucky enough to get to attend a summer camp).

In addition to a stacked lineup from all your favorite Dirtybird artists (and then some!), campers can also expect a full roster of camp activities such as field games (like kickball and ultimate frisbee), tournaments (like dodgeball and tug of war), fireside storytelling, a talent show, and much, much more!

Team events make it easy to connect and bond with your fellow campers, and you’re sure to see Claude VonStroke and other Dirtybird DJs participating in the activities and mingling with attendees throughout the 3-day weekend event.

So rally the troops, grab your camping gear, plan your best costumes, and head on out to California for what is sure to be one of the best camping festival experiences out there. 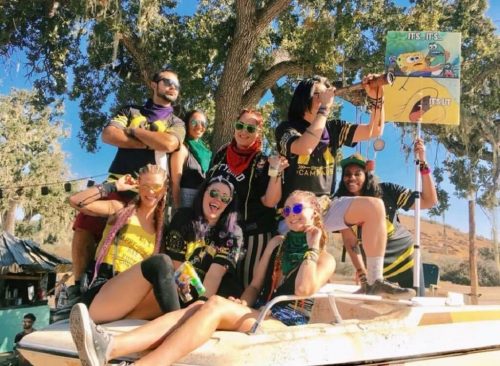 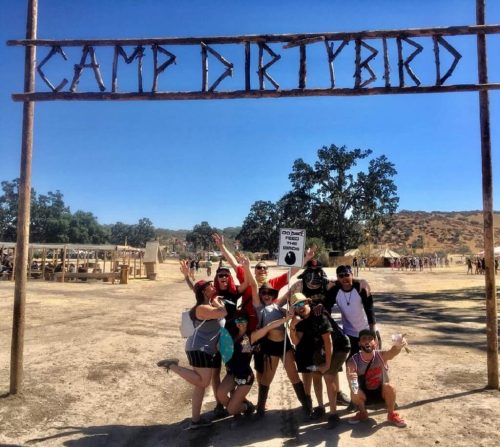 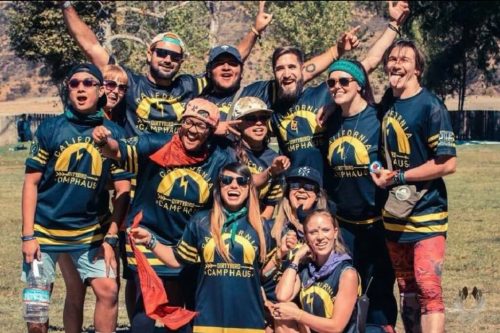 Voodoo festival is celebrating its 20th anniversary in 2018, and it certainly goes without saying that you don’t survive that long at a music festival by accident.

It’s morphed over the years from a single-day fest focusing solely on musical acts, to now a 3-day festival that includes a stacked multi-genre lineup (seriously…check it out) as well as various art installations, amusement rides, and a culinary experience that rivals any festival I’ve been to.

While this festival has been around for a long time, it has yet to blow up in size to the epic proportions you see at festivals like Coachella…and that’s a good thing! It feels more intimate, the festival bathrooms are kept immaculately clean, and you don’t have to wait in line too long for practically anything.

I also love that it’s remained so reasonably priced – you can get a 2018 GA ticket for $140 + fees. That’s almost unheard of on the festival circuit with a lineup like Voodoo’s!

Combine all that with being in New Orleans for Halloween weekend, and you’ve got yourself a well-rounded experience worth traveling for! 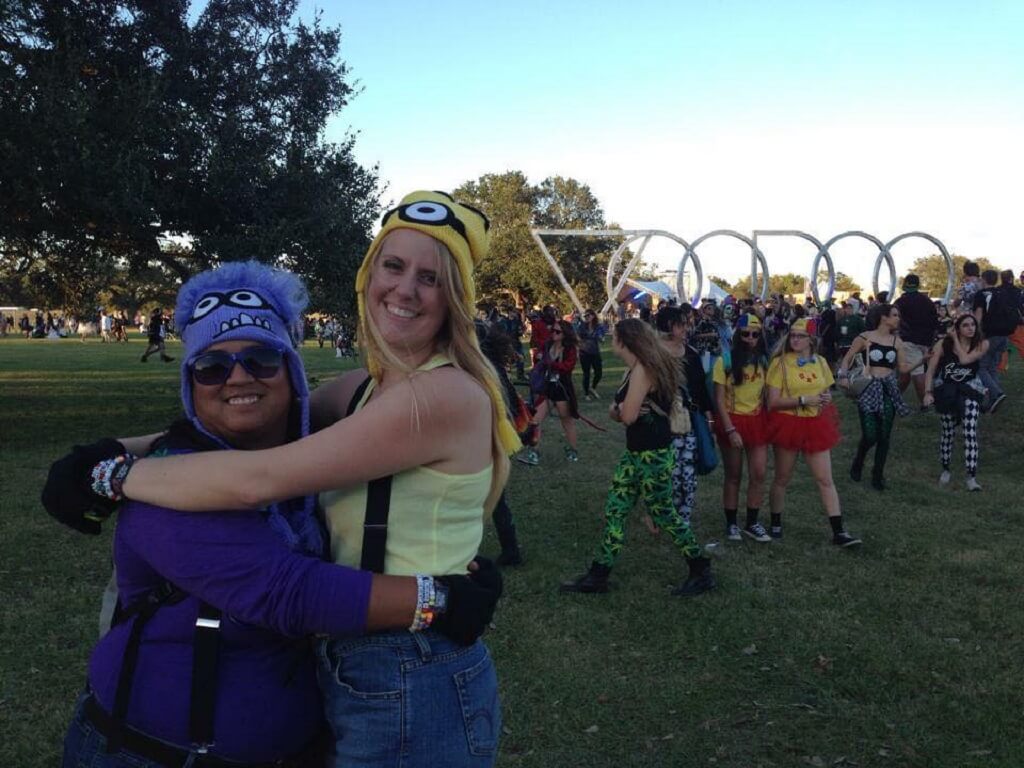 Prior Lineup Highlights: To Be Determined

The maiden voyage of Friendship is embarking on the Bahamas again. Wait, what? Maiden voyage? How can it be on a “coolest music festivals in the US” list if it hasn’t even occurred yet?

The answer to this is two-fold:

1) Friendship is being put on by none other than Gary Richards (DJ name: Destructo), the mastermind behind the wildly successful Holy Ship festival up until his departure from HARD in 2016

Now Gary is back in the ship festival game and competing directly with his former brainchild. Shipfam is rallying hard behind Richards and looking forward to how he will take on this new venture and make it different from his old one.

Some key notables already in the works? He’s brought the boat back to Miami, mixed up the cruise line by contracting with Celebrity cruises, and picked a port of call in the Bahamas where a dock is currently under construction (thus fixing the weather issues that have plagued prior Holy Ships and canceled planned private beach parties).

But what can we be sure of NOT changing? Gary’s dedication to shipfam, a perfectly curated lineup sure to satisfy all tastes, and a fully inclusive community feel that you don’t get from every music festival out there.

Can you have a listing of the best music festivals in the US and not include the most famous of them all? I think not.

This 3-day music festival attracts attendees from all over the world, including some of your favorite celebrities who are sure to be sporting their hottest fest gear. It’s a mixed genre festival, so there’s something on the lineup for everyone in your crew!

Coachella is one of those large-scale festivals where the producers continue to spend top-dollar to guarantee the best experience for all attendees. Beyond the music, Coachella includes several large-scale art installations every year (and many are oh-so-Instagram worthy), 100+ food vendors to satisfy any craving, and plenty of side parties and after-parties to attend.

It’s known to be a scorcher in Indio this time of year, and the location is also known to be quite dry (read: dust), so be sure to prepare appropriately for that. 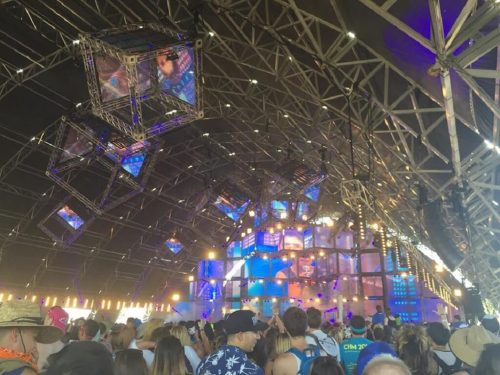 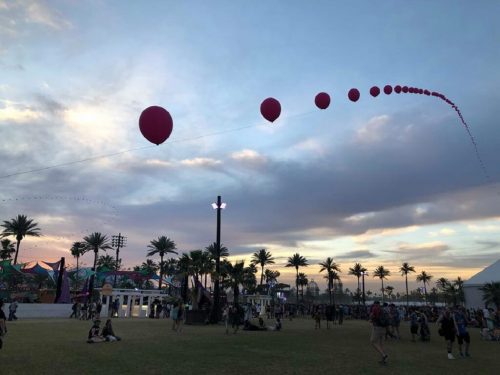 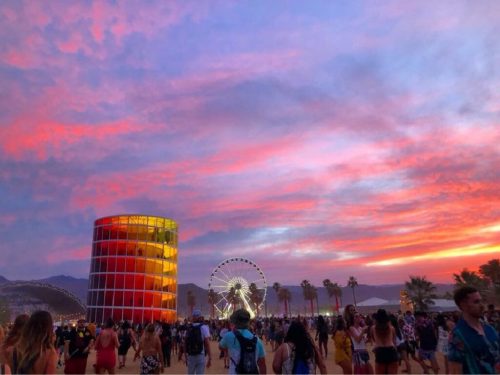 Looking to enjoy some of your favorite musical acts with your feet in the sand and the ocean at your back? Then look no further than Hangout Fest!

This is another multi-genre festival that will have a variety of acts to suit all musical tastes in your crew. And when you’re ready to take a break from the music, Hangout fest includes plenty of activities like a roller disco, Ferris wheel, and a puppy kissing booth (sign me up!).

The festival has been recognized multiple times with nominations for “Festival of the Year” from industry awards groups. In 2015, the company behind Coachella took notice of Hangout Fest’s success and entered into a joint venture to produce the festival going forward. This has only increased the production value of the event and brought along with it Coachella-adjacent vibes but on a beach setting. It doesn’t get much better than that! 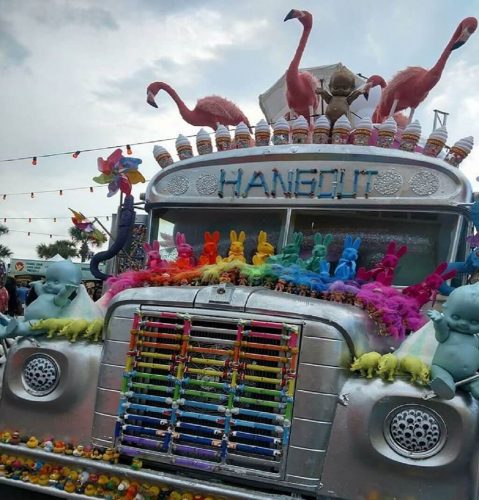 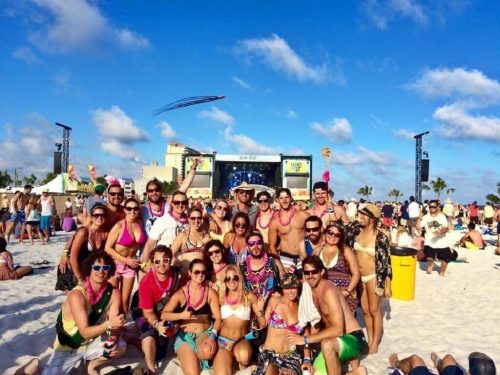 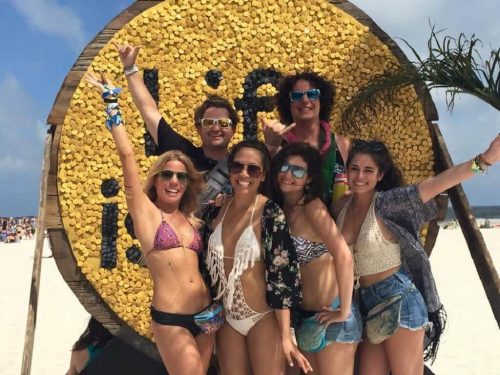 Sasquatch! is held at the Gorge Amphitheatre – an outdoor venue located in a grassy knoll in the foothills of the Cascade mountain range with views of the Columbia River (gorge is right!). The setting lends itself to more of a “no-frills” type atmosphere where festival producers leave it up to good old Mother Nature to supply all the ambiance needed. Therefore, you won’t find any large art installations ala Coachella here, but I promise you, you won’t even miss it!

For attendees, there’s no better place to spend Memorial Day weekend than dancing the night away listening to your favorite artists and making new best friends at the gorge.

Update: It looks like this one has been discontinued since 2019.

Ask any of Electric Forest’s annual attendees and they’ll tell you: there’s the magic that happens in those trees! Electric Forest is so beloved by many festival-goers that it’s not uncommon to meet someone who has been attending for five, six, seven-plus years.

Set in a literal forest in Michigan, pictures don’t do the festival true justice. Amongst the trees, you can find art installations, amazing stage setups, hammocks, and even a wedding chapel. And of course, all are glowing with an impressive amount of lights, lasers, and projections.

Electric Forest is a festival where you can expect an amazing crowd that feels more like a community or family than many other festivals.

Add to that an amazingly diverse lineup to fit any mood, free showers, plenty of water stations and food vendors, and it’s easy to understand why this festival has become so successful. 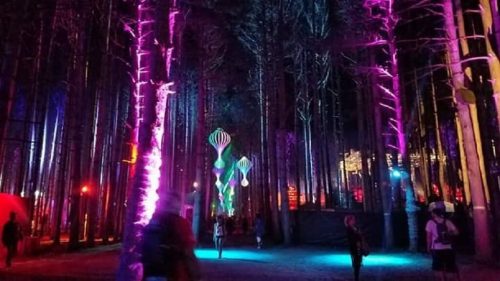 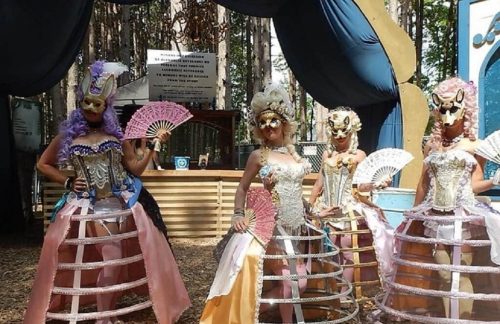 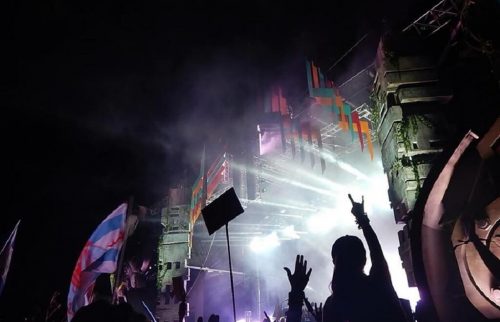 It’s easy to see we are completely spoiled in the US with so many amazing music festivals to choose from. Did we miss one of your favorite USA music festivals? Let us and your fellow readers know in the comments below why YOUR favorite music festival belongs on our list!

Kara is the founder, writer, and editor of Destination: Live Life, a travel blog. While she wishes she was exploring the world full-time, having bills to pay means she currently works in a Finance-ish job in Denver, CO to supplement her travel habit. In her free time, she’s dreaming up her next trip and trying to convince family and friends to join her.