Best Of Usa: 16 Georgia Landmarks And Tourist Attractions Worth A Visit 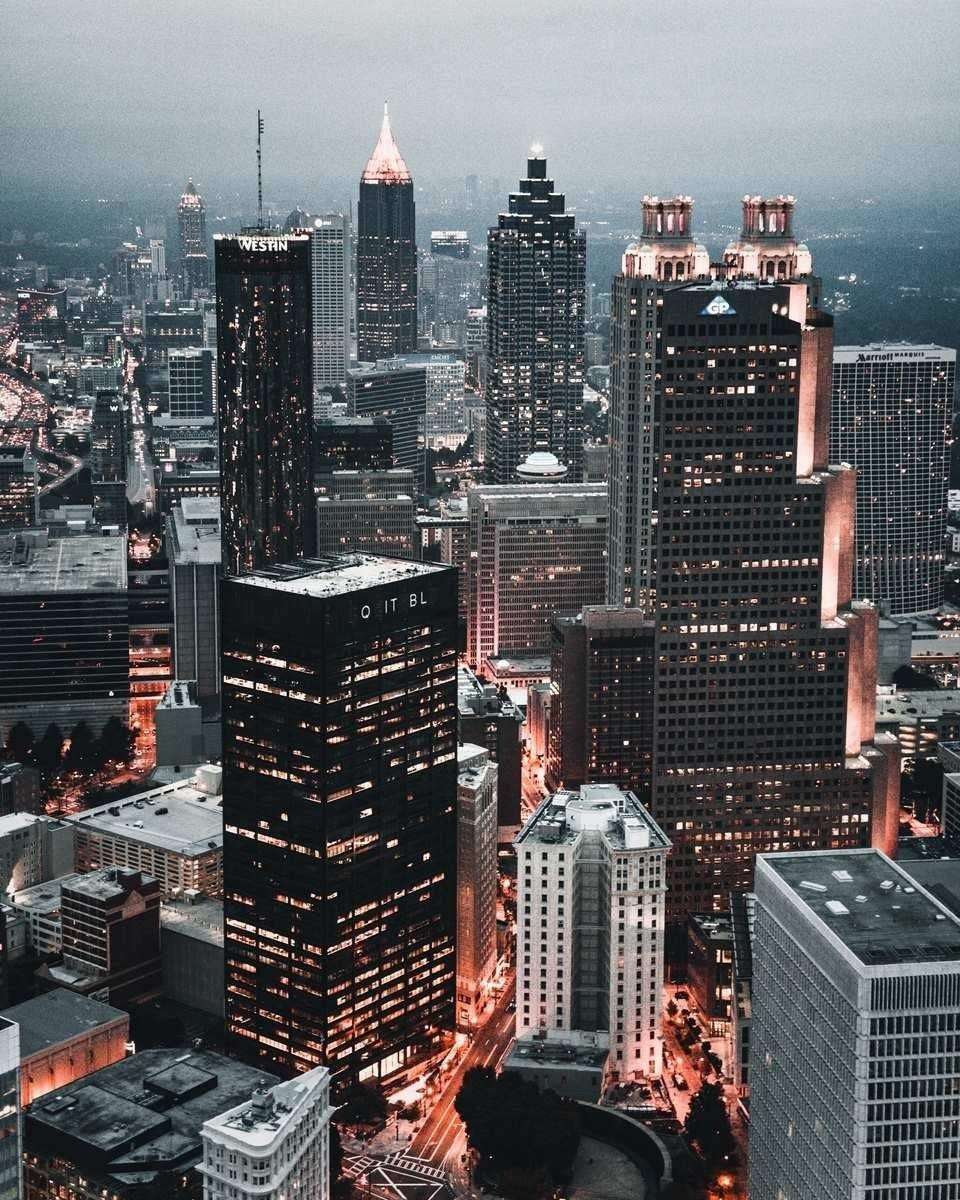 Outside of the hustle and bustle of the Atlanta I-285 perimeter are numerous Georgia landmarks and tourist attractions worth a visit. Not only does the state have many natural wonders, but fascinating and captivating sites live here too. 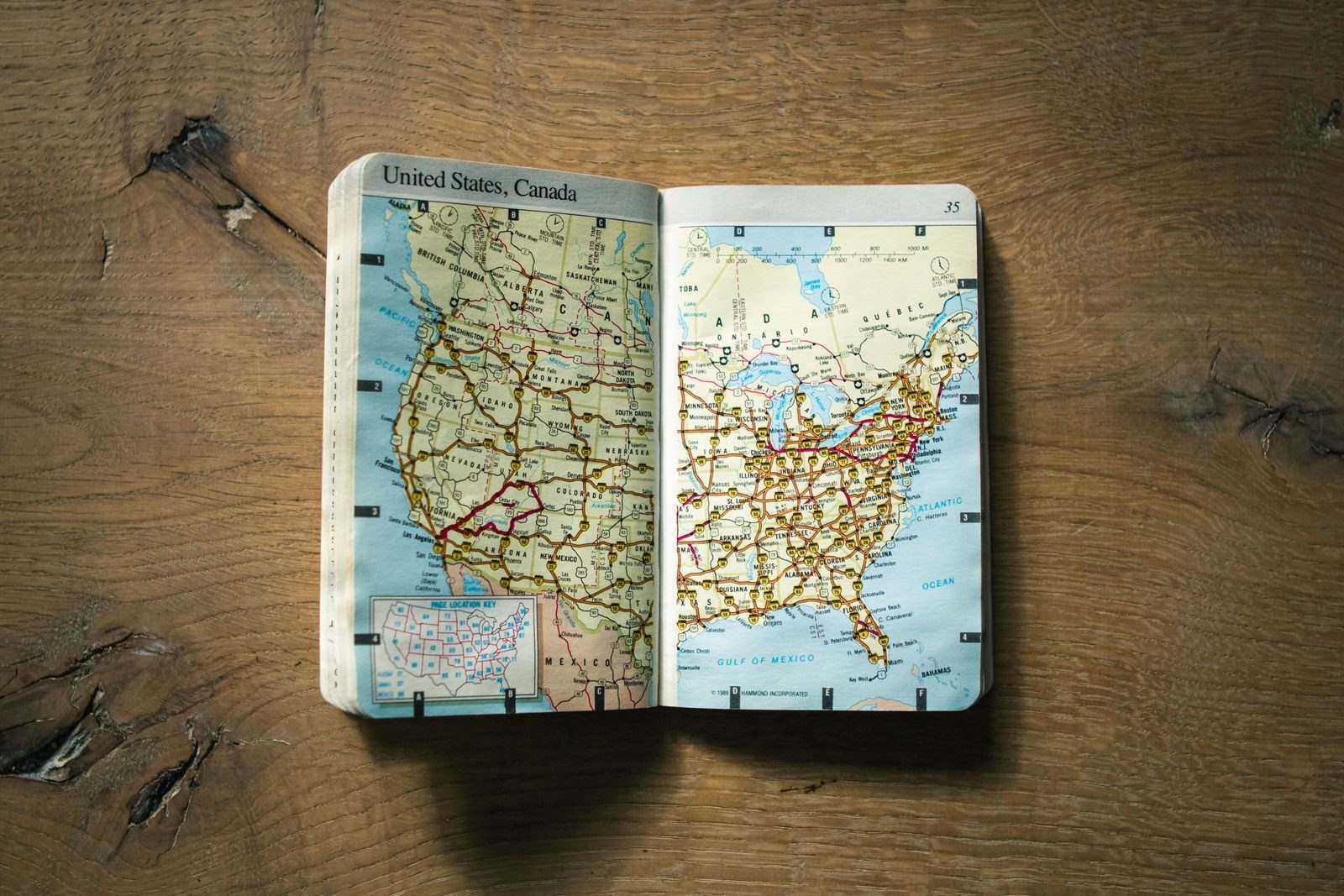 Please don’t overlook the variety of highlights and historical sites, and take the time to appreciate them as well. 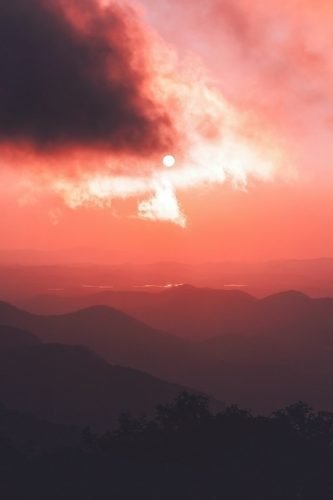 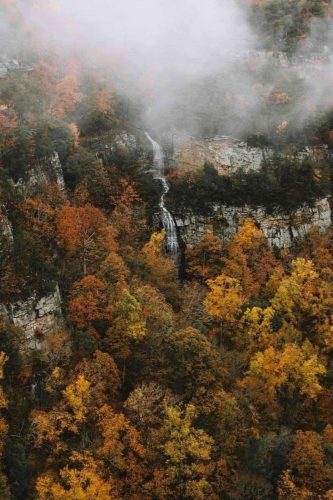 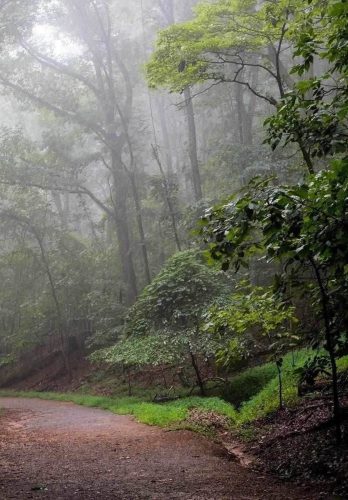 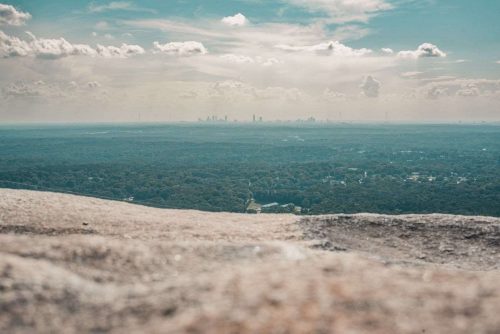 Out in the middle of nearly nowhere, with the closest town being ten miles away, there is one of the most obscure and yet outlandish landmarks not only in the state of Georgia but in America.

The Georgia Guidestones commissioned under the most mysterious of circumstances in 1980; the stones are made from local granite and called the “Stonehenge of the South.” Over half a dozen languages inscribed on the stones give unsolicited advice or guidelines for the supposed progression of humanity through means of population control, internationalism, and other hot-button philosophical and profound categories.

This advice for the betterment of humanity made the stones famous despite their continuation of controversy. A supposed conspiracy theory that there may be a time capsule underneath the structure adds even more mystery to the already puzzling monument.

A few miles outside of the gorgeous Blue Ridge mountain range in north Georgia, explosive pandemonium rings loud from the military tanks and rapid gunfire from machine guns.

I knew that the South was big on arms, but I would never have counted something at this level. Tank Town USA gives people the rare opportunity to not only drive a tank but crush a car with it and shoot machine guns.

They encourage groups, so don’t be ashamed for wanting to drag a few friends, or why not take the whole family? Don’t worry; they do provide the protective gear. 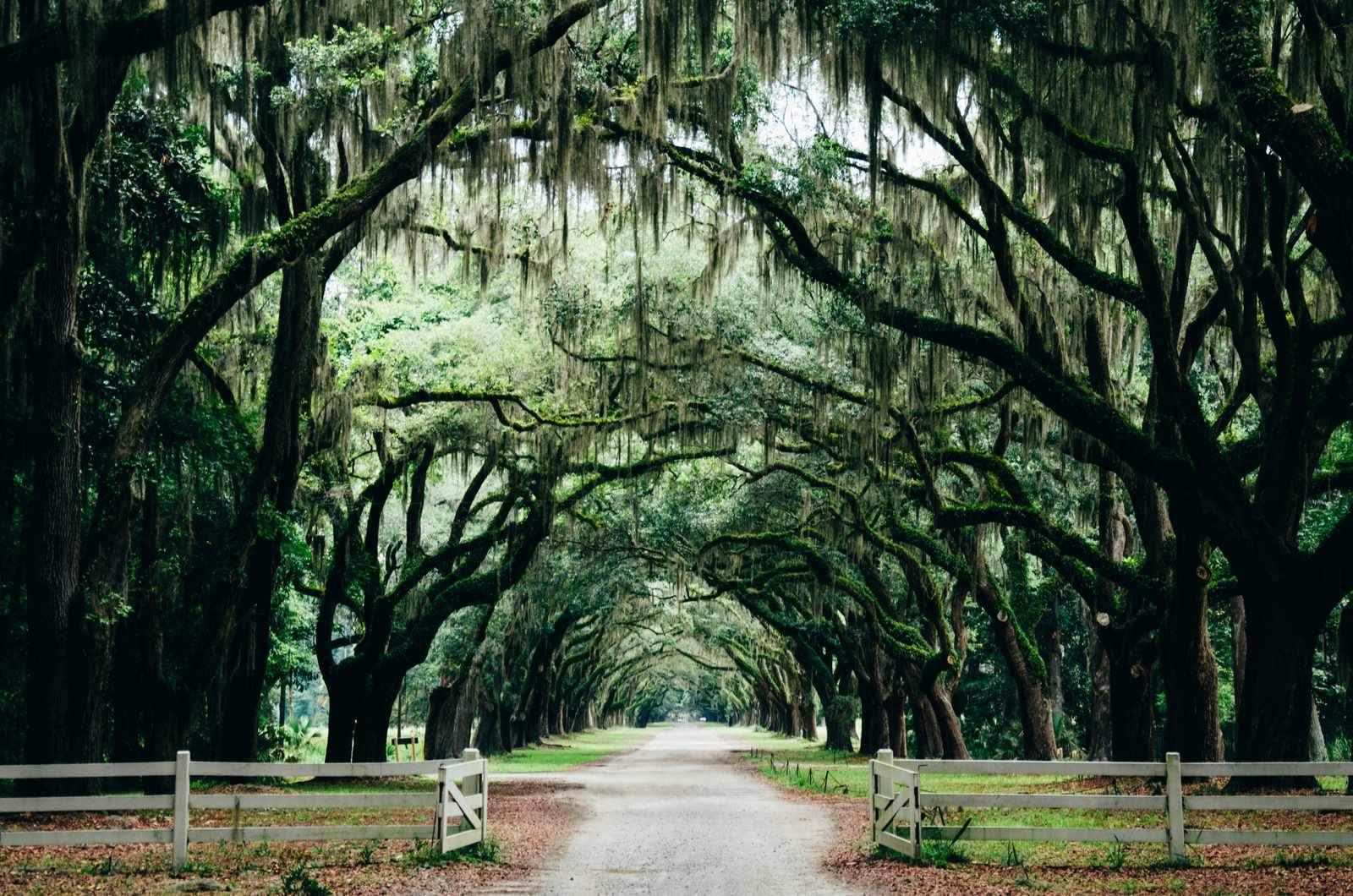 At the edge of the Atlantic, four hours southeast of Atlanta, the unchanging Civil War city of Savannah holds the last remnants of the Old South. Weathered torn cobblestones and remnants of an ancient port line East River Street which now has many delicious fun late-night bars and shops.

Beyond Bay Street, the Savannah historic district is no more than a square mile; you can walk to almost every one of the small parks throughout the old neighborhood. Even though there are many parks, the most famous Forsyth Park is one of the most alluring and serene walks you’ll ever experience. 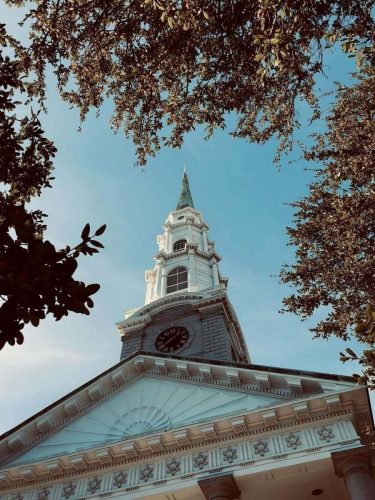 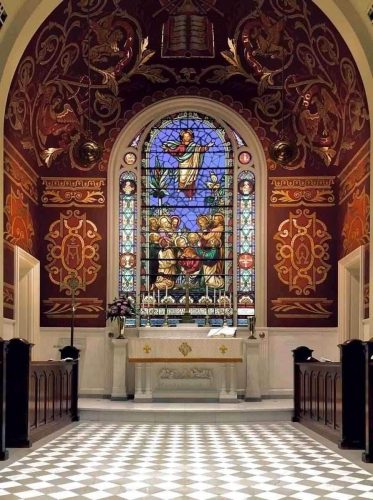 If you have never had the delicacies of the South, there are more than a few good ‘ol places to grab some southern fair in beautiful Savannah.

If you happen to be driving on Interstate 75 near Plains, Georgia, look out for one of the world’s most giant peanuts. In quite a few states, there is a competition for the title, but this has one significant oddity to it. It has the resemblance of the smile to former President Jimmy Carter, who is from that area.

The creators of the nutty marker made it for Carter while he was running and it has miraculously survived to this day.

The Okefenokee Swamp on the Georgia-Florida border is the largest “blackwater” swamp on the continent, loved by all who love nature and getting up close to it too! The swamp has abundant wildlife, and visitors can take guided boat tours at night to see alligators and other predators.

There are days’ worth of outdoor activities like canoeing, kayaking, and exploring the history of the area at the visitor center. 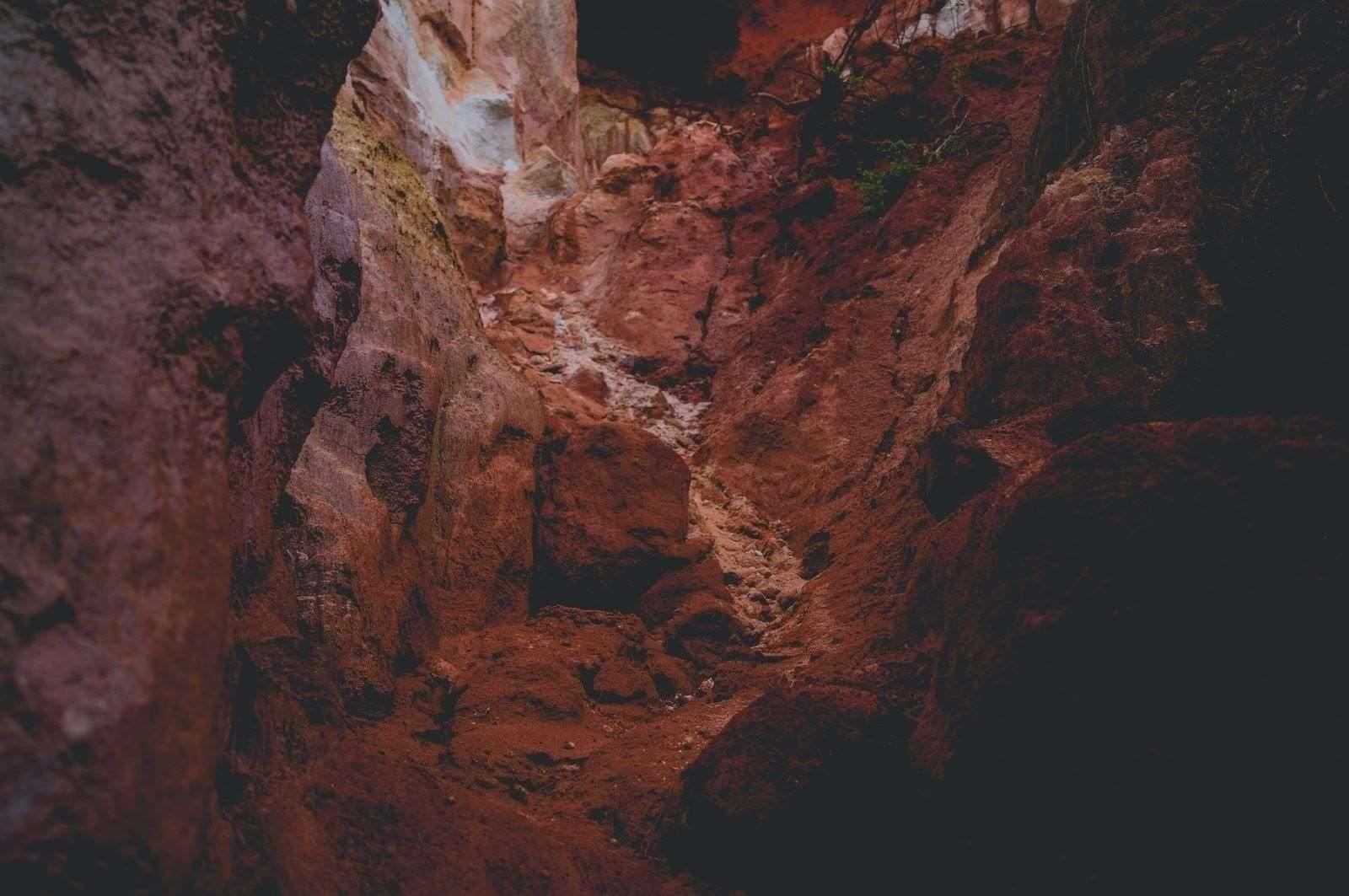 In addition to all of the natural wonders in Georgia, Providence Canyon State Park is a picture-perfect setting. A canyon, otherwise known as “Little Grand Canyon,” entices visitors to experience breathtaking views from all over the park. There are plenty of hiking trails to explore the canyon and the vicinity.

Humans partially made the canyon due to a farming error, but this does not take away the sheer beauty of the park.

Related read: Thru-Hiking The Appalachian Trail: What You Need To Know 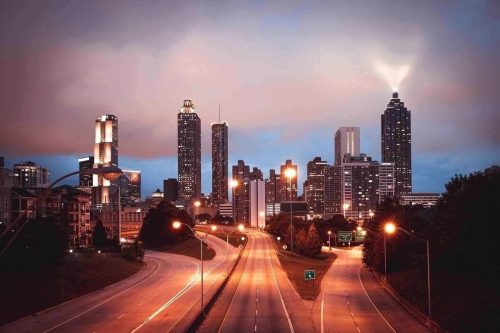 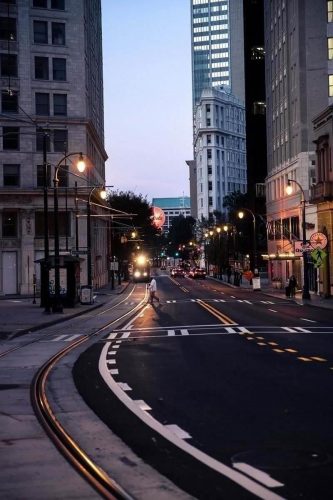 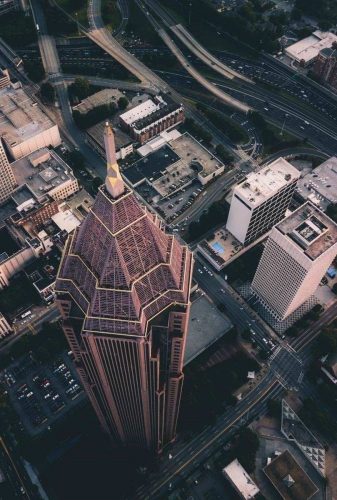 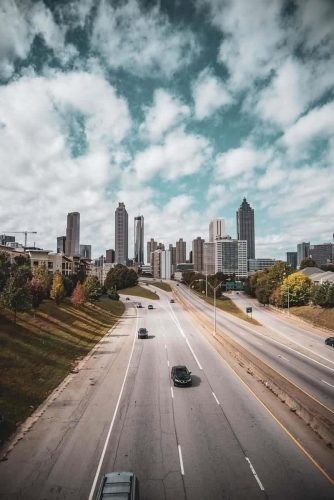 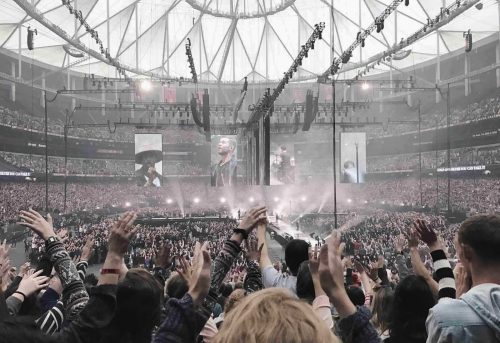 Stone Mountain Park is a beautiful state park approximately 30 miles East of Atlanta. The largest bas-relief in the world shows horse riding Confederate soldiers Jefferson Davis, Robert E. Lee, and Thomas “Stonewall” Jackson. Elevated and facing the west on the massive granite mountain on one side and the other a mile trek to the top.

Long, winding walking trails stretch around the extensive grounds, and along the way, you can encounter the old mill, a wooden bridge, lakes, small islands, and the natural wildlife of Georgia.

During the summer months, the park comes alive with a laser show that uses the mountain as its backdrop — recreating the history of Georgia celebrating the people, places, and remembering all that has happened. There are fireworks and a fun modern twist for the kids and family. A kid’s theme park added a new place for fun and education.

Atlanta was a completely different city when it had the privilege to host the Centennial Olympics more than 30 years ago — built to commemorate the event, the city constructed Centennial Olympic Park. Downtown and surrounded by other famous Atlanta landmarks like CNN, Georgia Aquarium, and the World of Coke.

Renowned for the interactive dancing fountains, since they are a much-needed relief during the infamous summer heatwaves in the city. Countless Atlanta events like music festivals, concerts, marathons, and holiday spectacles, take place at the park.

Part of the beautiful South does come to a sadder and yet hopeful side concerning the American Civil Rights Movement. The birthplace and resting place of Martin Luther King Jr., along with his church, Ebenezer Church, is right on Auburn Avenue in Atlanta. Martin Luther King Jr Historic Site showcases the old homes in the same state they were in when MLK was living there and other buildings that hold historical artifacts to the time, including the Civil Rights Museum.

The visitor center is more like a museum by taking a glimpse into the past, showing all the events leading up to MLK’s famous “I Have a Dream” speech, his death, and legacy. His gravesite commemorates everything that MLK did for all Americans.

Probably one of the more unforgettable landmarks in Georgia is a 65 feet tall chicken on the side of US Highway 41 Northeast of Atlanta in a small suburb of Marietta. Not only has the colossal chicken nestled itself there since the 60’s as the advertising for the KFC connected to it, but it also survived more than one natural event.

There is always something to do for everyone in the family nearly anywhere you will visit. Still, Atlanta does have somewhat of a discreet underground world, one of the most famous for either curious tourists, college kids, or maybe people needing a wild story to tell, the Clermont Lounge in Poncey-Highland continues to entertain.

The Clermont Motor Hotel, built-in 1924, hides one of Atlanta’s most fun Friday nights without the family referring to the first strip club in the city. Around the backside of the hotel is a sleazy club. The rounded bar sits in front of the stage where a wild assortment of ladies dance.

One of the most famous of the ladies can crush two beer cans between her breasts. It may all sound like standard debauchery as a gentlemen’s club, but the slogan about the club is what the Clermont Lounge is known for. “Where strippers go to die,” inferring to the fact that many of the working women come in all shapes, sizes, and ages. It truly is a sight to behold.

For most Americans, we know what Waffle House is, to a Georgian, it’s almost part of your makeup. More than a restaurant, it is symbolic of nostalgia, gatherings, and great American food at low prices and even at 2:30 AM after a long night of partying.

Since there are so many Waffle Houses in the South, especially in Georgia, everyone has at least one story of their life in a Waffle House. On the line of Decatur and Avondale Estates on the Eastside, there is a Waffle House Museum that is only open a few times a year, so it gets crowded fast.

They give out free waffles, stories, and memorabilia items for every Waffle House fan. This iconic chain of 24-hour service is synonymous with Southern food and hospitality. 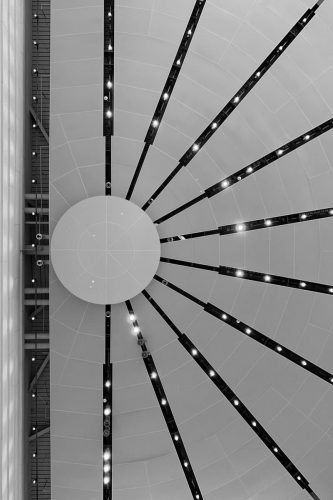 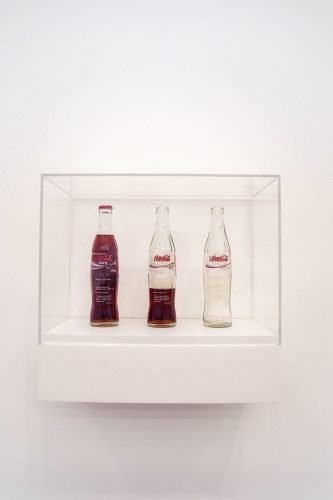 You can’t honestly discuss Georgia without having someone remind you that the birthplace of Coca-Cola is here in its capital. The original recipe is over 100 years old, and Atlanta is very proud of that. Coca Cola is one of the largest beverage makers in the United States, let alone the world.

The Coca Cola Museum is in Centennial Olympic Park next to the Georgia Aquarium. It is mostly a self-guided tour, but out of all the rooms to learn in is the sample room. You can have unlimited amounts of all Coca Cola products in the sample room; that means you can try products from all over the world.

Try what Coca Cola tastes like from Peru to Nigeria to Indonesia; everyone always finds one that becomes their new favorite.

What if there was an underpass where murals adorned each wall, and there was no concrete to visible? Where it was ever-changing, and it shifted from artist to artist around the clock? 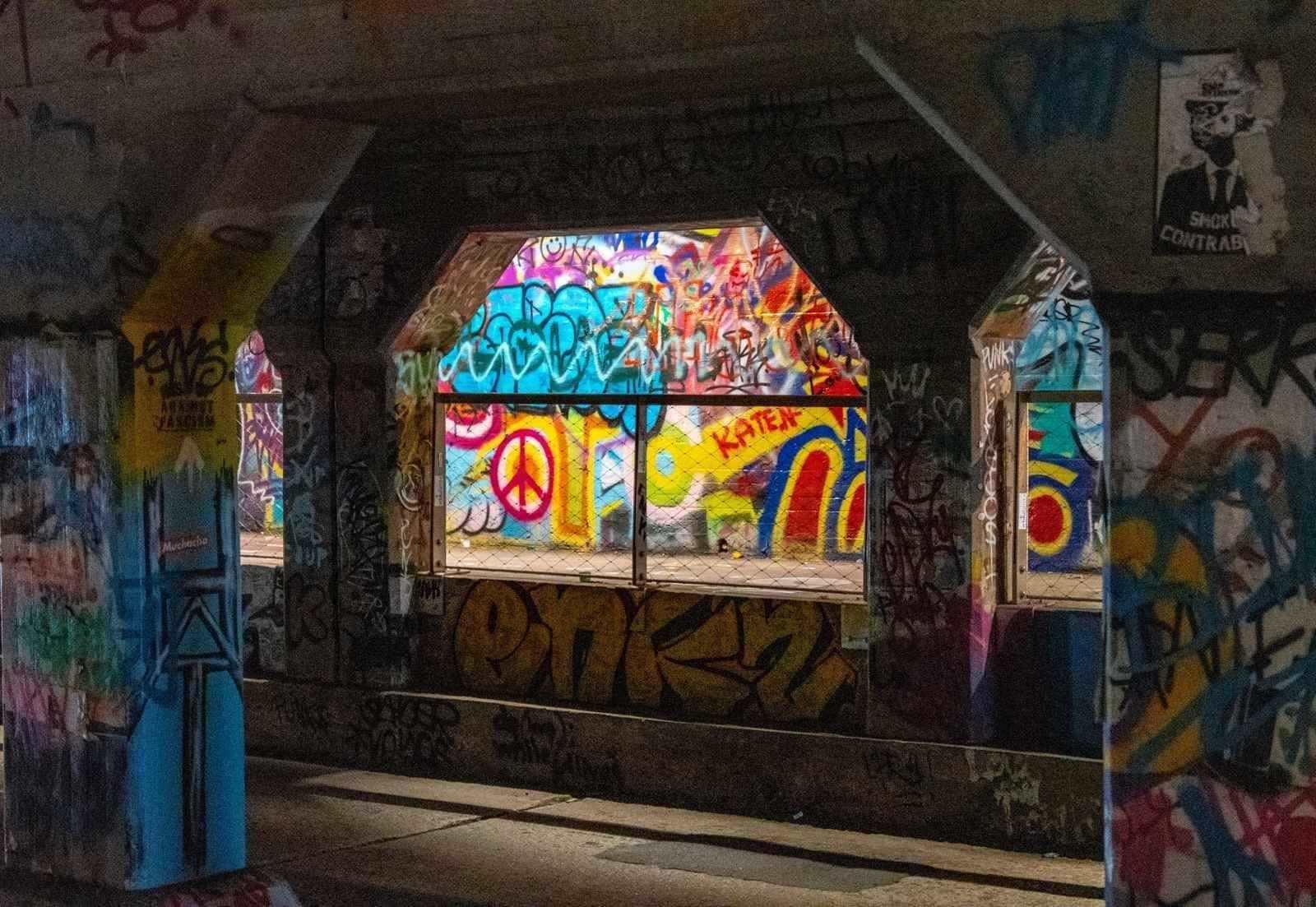 On DeKalb Avenue near downtown Atlanta, Krog Street Tunnel draws artists from all over to put their work on the city’s most famous tunnel. The community has supported the free artwork display since the 1960s and is a symbol for many local artists.

It is free to see and be sure to walk the entire underpass, and because it’s always changing each time you go will always be different.

Georgia has its fair share of outlandish and head-shaking stops on the way to comprehension of the state. One of my favorites to hear peoples’ opinions is the “54 Columns.” Located in historic Old Fourth Ward that at one time was the industrial center of the city, now a gentrified and hipster neighborhood.

Artist Sol Lewitt commissioned the columns in 1999 despite the brow-raising by locals and tourists alike. The concrete columns vary in height between 10 and 20 feet; the overall appearance nods to Atlanta’s skyline and the industrialization of Atlanta, hence why he used concrete.

People either love it or loathe it; whatever you may think of it, locals now use the columns as backdrops for music videos, photography, dance, and other art formats. 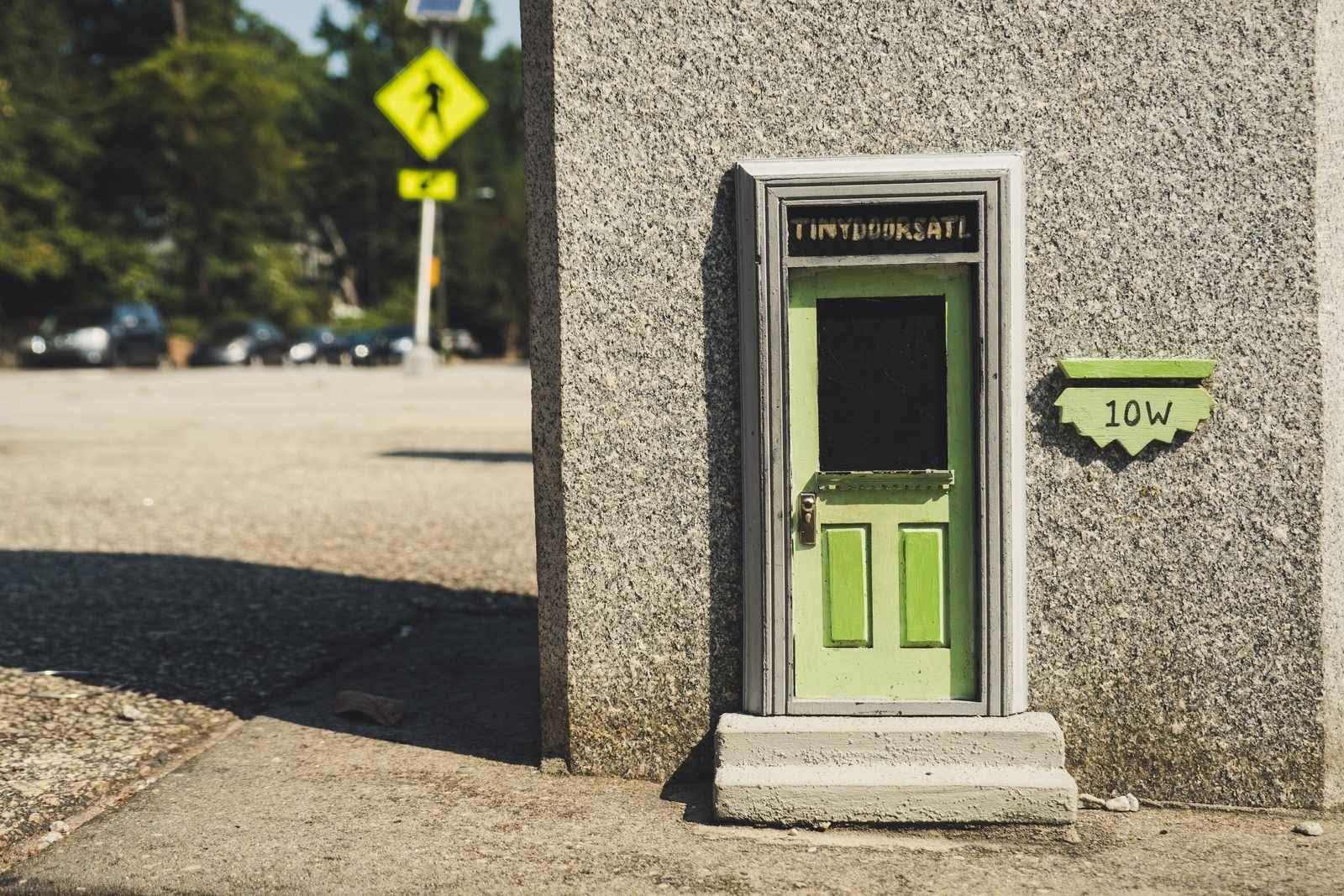 Roughly 20 tiny doors are scattered all through the city of Atlanta. The first one is at the Krog Street Market Tunnel, a spot known for its vibrant and often-changing graffiti. Karen Anderson Singer installed the seven-inch door in 2014, and chose the site, hoping that other artists would reply to the door. Soon after installation, tiny gifts started appearing on the door’s stoop: a small takeout box from a local eatery, a tiny copy of the Atlanta Journal-Constitution, and a miniature pumpkin around Halloween.

The art project was off to a rewarding start. You can find the clues to find the list of doors online and follow on social media. Hidden in plain sight, the doors are designed to draw your inquisitiveness to ground level and meant for them to be seen by people who take a moment to see them.

It is so easy to see why more than 60 million people a year come and visit the King of the South. Maybe you will not be able to see everything on the list, but there is so much to do and be a part of here so you can give an excuse to plan an epic road trip to come back and visit again. There is a vibrant and vital history here, along with the momentum of the people to move, create, and express ourselves. 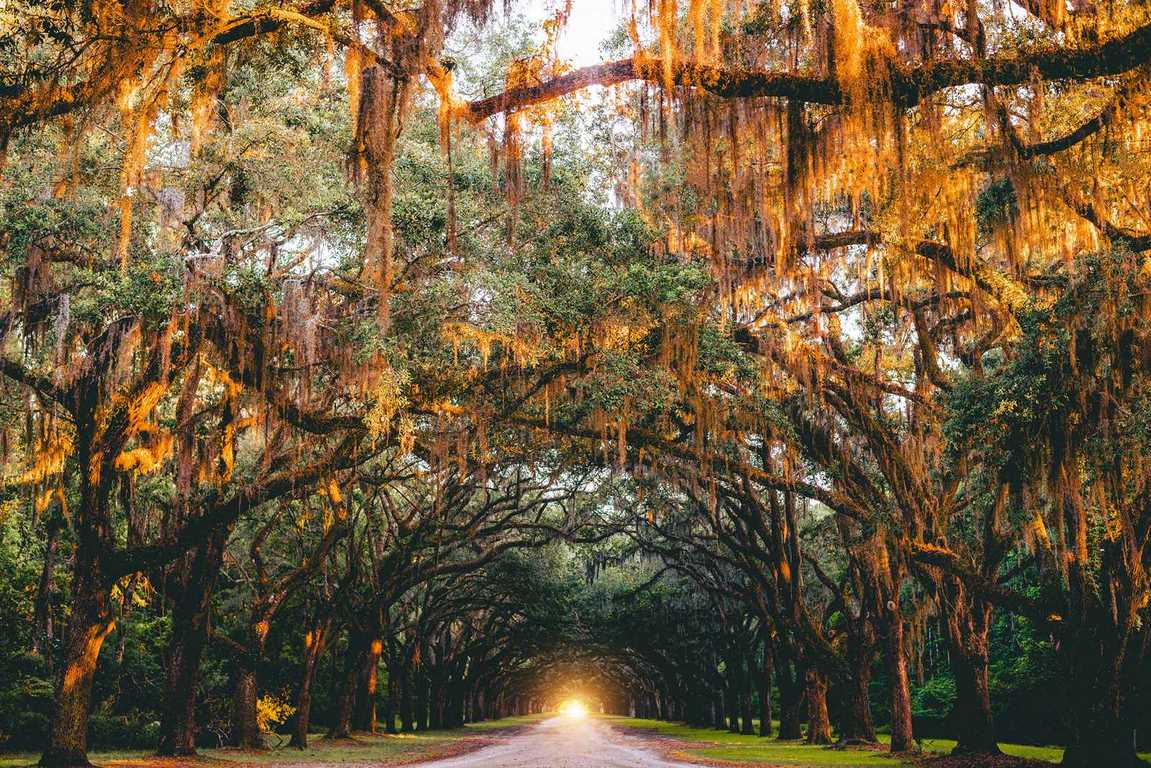 Alaina "Nomad" Fugo is a cat enthusiast who has traveled to all 50 states and more than 30 countries. An avid lover of all things Star Wars, Regency England and Mel Brooks' movies.