When thinking about visiting Ukraine, most travelers don’t quite know what to expect. The country is just under 30 years old since its most recent independence, but the land has a long history of changing hands between countries. It is depicted in movies and media as cold and disputed. But is Ukraine the hidden Summer gem of Europe? What I encountered was a stark contrast to the dreary or politically-charged expectations – warm sunny days bathing stunning landscapes and some of the most fun people in the world.

To explore the best of the country and get an authentic sense of the real Ukrainian culture, we sent one of our writers with Cobblestone Freeway tours, who focus on cultural tours in the region and graciously invited us to uncover this country. 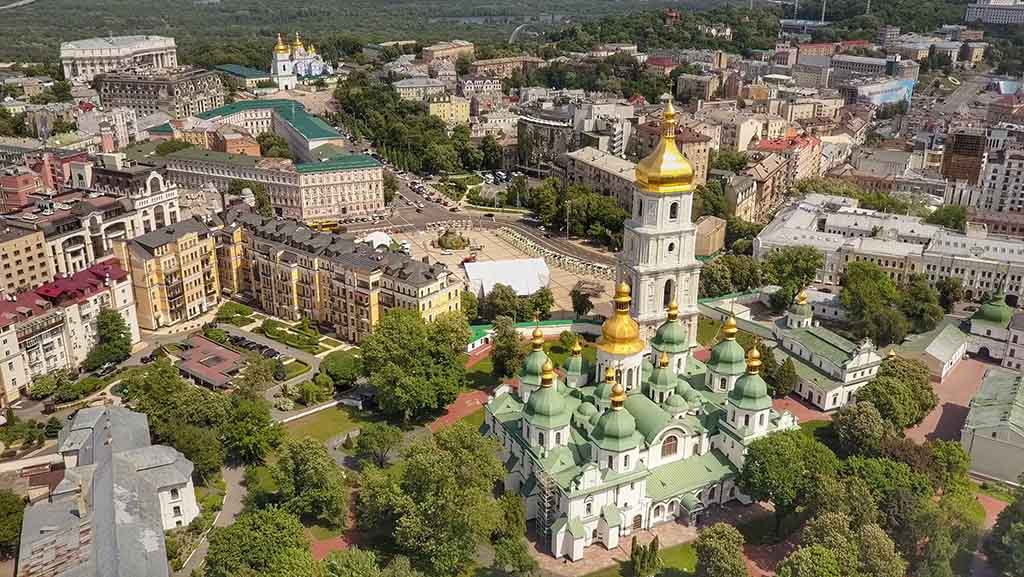 With a rather storied history in Ukraine, we couldn’t cover it all here, but there are a few important influences that have happened in the last century, both on the country and on foreigners’ perceptions of it. You can find a more detailed timeline here. The country changed between independent, Polish and Russian rule, which means you can expect to find remnants of those cultures everywhere from language to food. But during that time, the country suffered – whether it be during the famine in 1932 or fighting Nazi Germany in WWII.

In 1986, the Chernobyl power plant disaster was the largest nuclear disaster in the world, killing and affecting the health of thousands (to millions – the data vary wildly) and creating a 19 mile exclusion zone that is expected to carry radiation for hundreds of years.

In 1991 the country declared independence from the USSR and has since been functioning with sovereignty, not without issue. As recent as 2014, the country has been dealing with an internal revolution and the annexation of Crimea by Russia.

During the tour, we were fortunate to spend time with author and Kyiv* resident Paul Niland, who is an authority on the political landscape and his pieces are worth a read for those who want to get further into detail. But with that background in mind, let’s explore Ukraine. 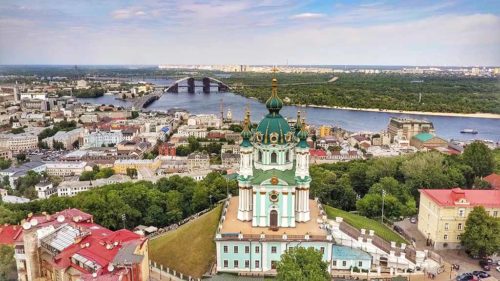 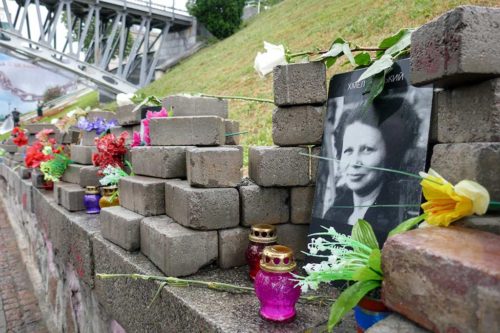 *note, you’ll see Kyiv spelled both Kyiv and Kiev – one is the local and the other the more international spelling; still the same magical place.

Though Ukraine is not part of the EU, their visa policy mimics that of the Schengen Zone – visitors from 59 countries can travel visa-free for 90 days within any 180 day period. This is extremely appealing for those on Euro trips who can “pop over.”

Kyiv is the capital and main airport in the country, though other cities like Lviv are picking up air traffic. Trains in from neighboring countries are also an option, though running on a less frequent schedule than Euro travelers might be accustomed to in the EU.

To give a sense of how breathtaking the landscapes of Ukraine can be, words do no justice, so let’s stick with pictures. 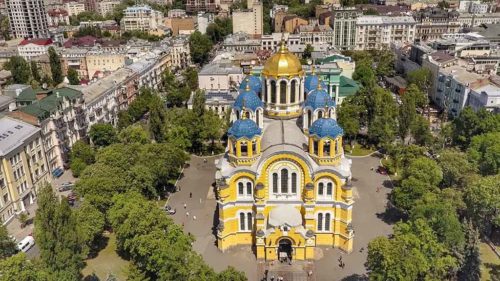 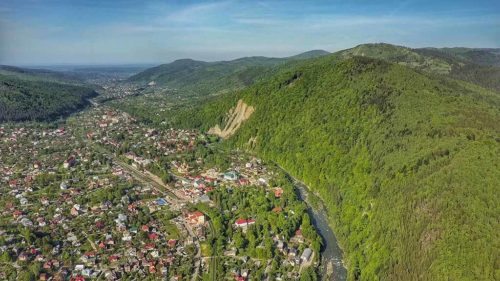 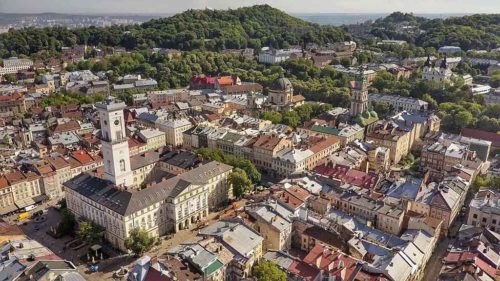 The spirit of the Ukrainian people was a definite trip highlight for me. It was warm, joyous and welcoming. Moreover, in Ukraine, the folk culture is real. It isn’t something that is kept in a box on a shelf, only unpacked for tourists for a high price.

While in Lviv, it was national embroidered shirt day, so everyone (male and female) was sporting their favorite embroidered threads. And while in the mountains, we saw everything from clothing to art, in the form of paintings, leatherwork, woodwork and even Easter eggs. 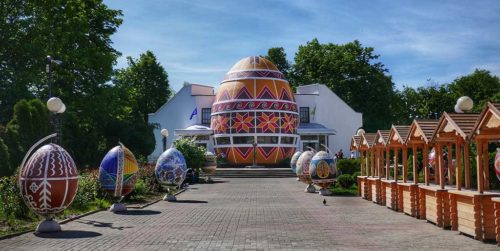 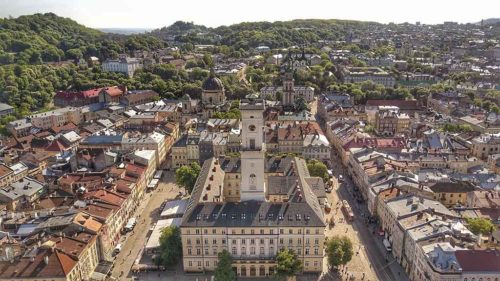 The best advice for food in Ukraine is to just eat everything. Borscht is the well-known beet soup, and it comes in meat and vegetarian varieties in most restaurants. Perogies are popular in the region from Poland to Russia and come in savory and sweet varieties – cherry perogies to start the day are not a bad idea! And possibly my favorite dish from the country is banosh, a cornmeal porridge, served with sides of cheese and bacon for you to add as you please. And what would a visit to the capital be without a proper Chicken Kiev? 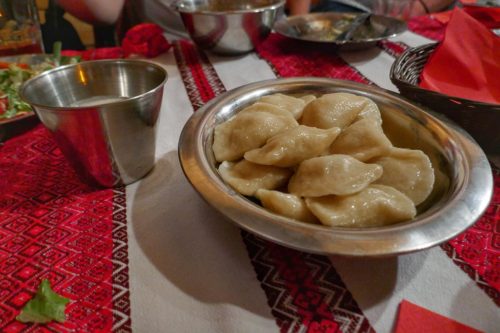 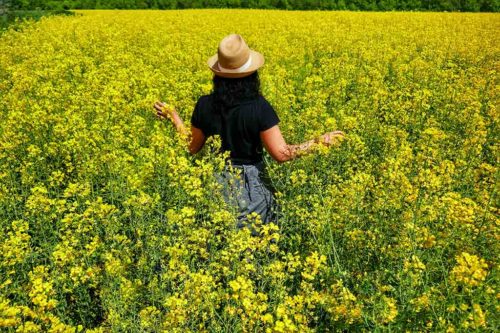 The places to go

With cobblestone streets and ancient churches, you get a feel for the city’s old charm. But that feels modernized as you go to the somewhat kitschy Lviv Coffee Mine for an adult coffee prepared with a blowtorch or over to group-favorite Drunken Cherry for some delicious cherry cocktails to finish the night in the city center. 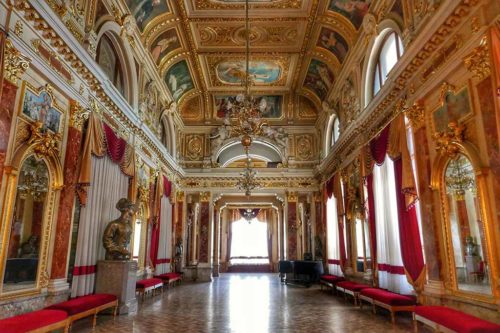 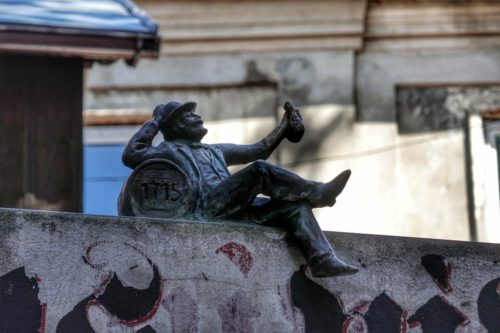 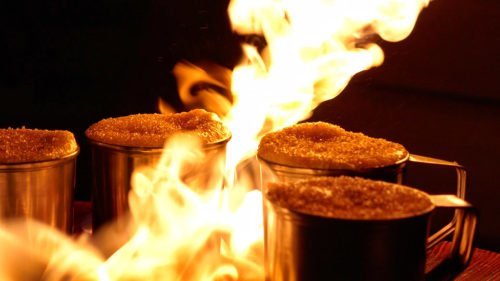 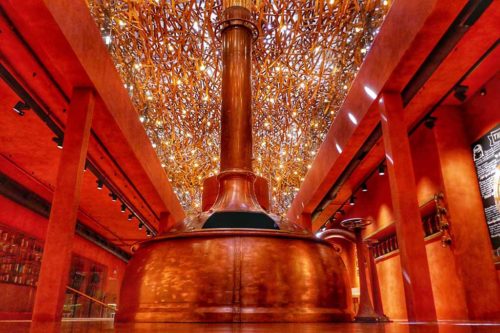 The Lvivske Brewery is home to the Carlsberg group and doubles as a beer museum and checking it out feels like taking in a work of art. Fun fact: Ukraine consumes the second-most beer of any country in Europe!

Lviv is also good for a bit of hiking – head up to High Castle to see some ruins, but also the highest point of the city.

While the Carpathian Mountains stretch across seven countries in Europe (Romania, Ukraine, Poland, Hungary, Czech Republic, Slovakia, Serbia), Ukraine’s stretch is hard to beat. Mainly because they are home to the Hutsuls, an ethno-cultural group of Ukraine. 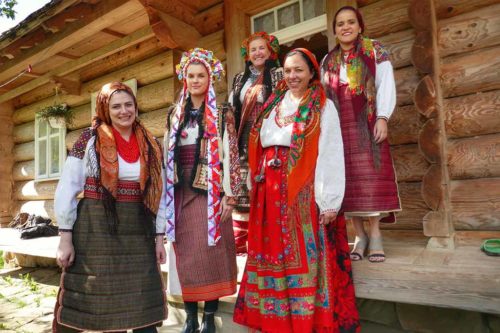 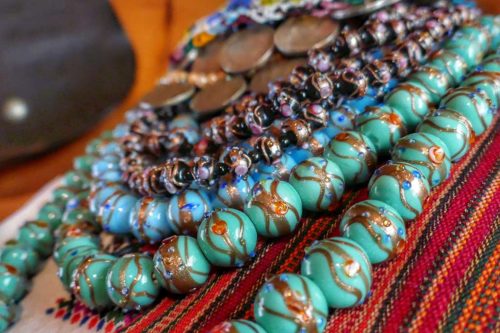 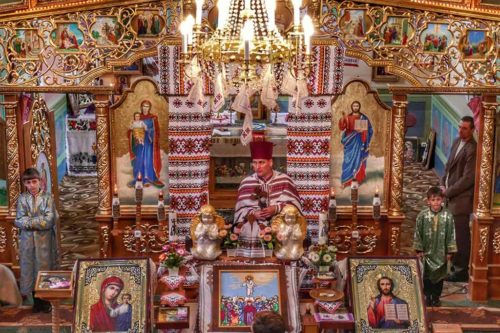 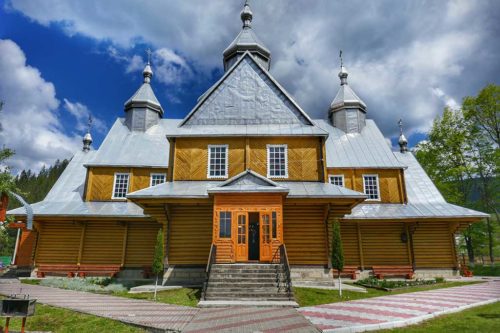 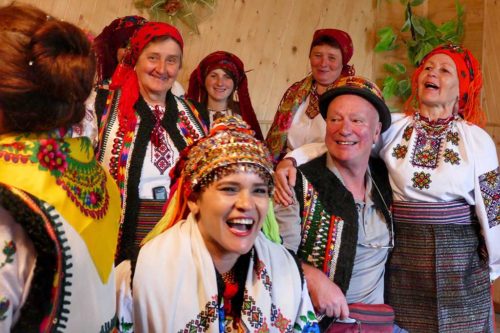 The villages in the Carpathian Mountains are some of the most isolated in the world. There’s even tale of some villagers not knowing World War II had ended. This is where the folk culture of Ukraine is strongest and can be seen in the clothing, traditions, art and song. 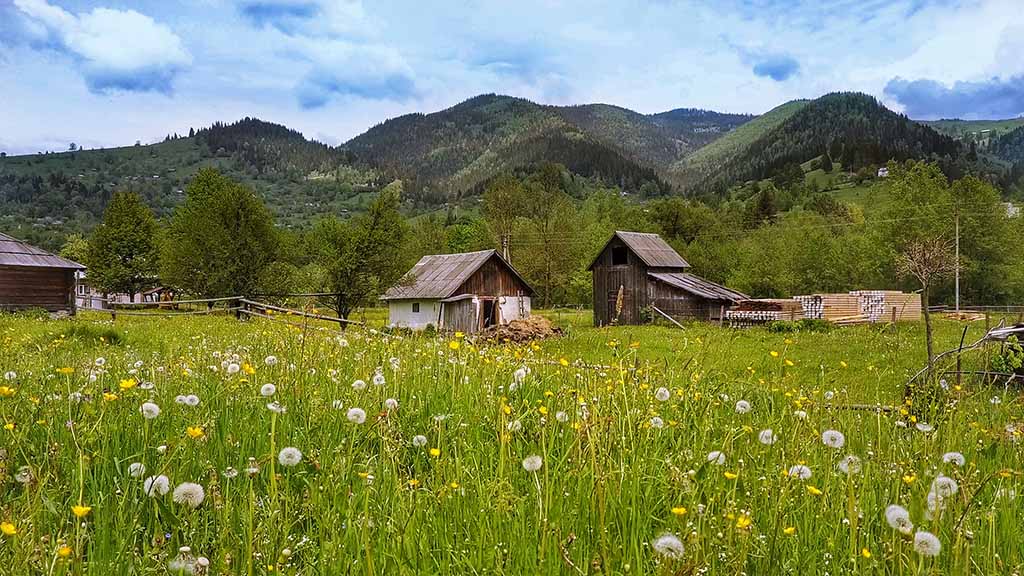 They are also home to ski towns, which can still be good fun in the summer. In Bukovel, we headed to the top of the mountain and enjoyed the views, hiking, and zip lining in the trees. 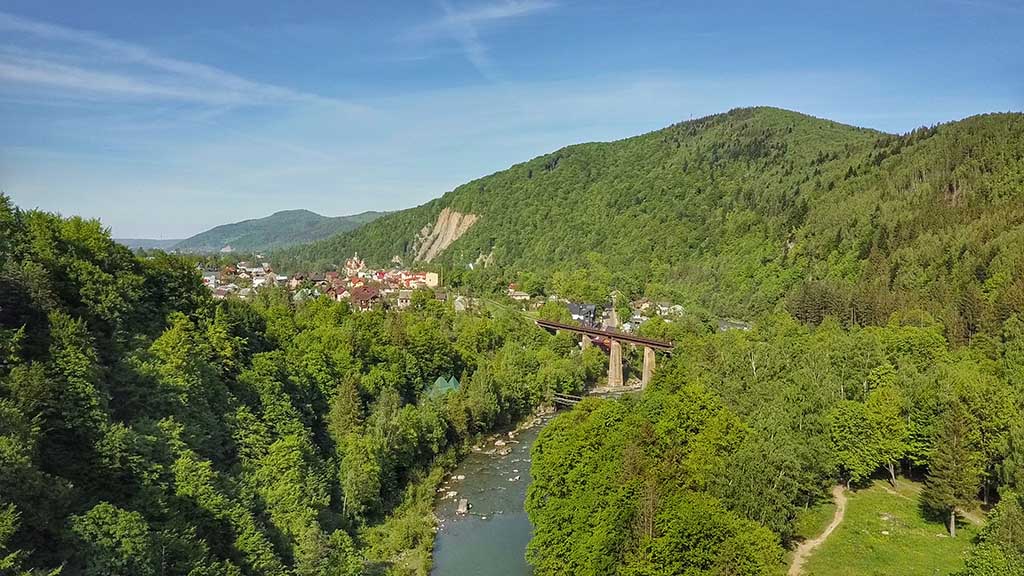 Chernivtsi is in the southern part of the country, still in Western Ukraine. It is an educational and cultural center, with Chernivtsi University itself being rated a UNESCO World Heritage Site. For visitors, it is a convenient launching point to the towns of Khotyn & Kamyanets Podilsky – no visit to a European country would really be complete without seeing some fortresses and castles. 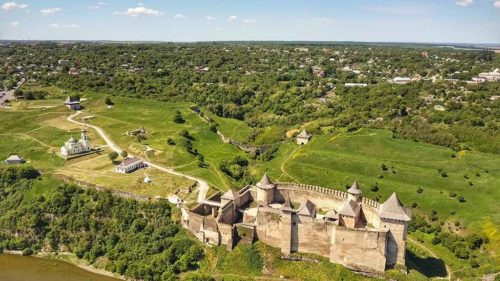 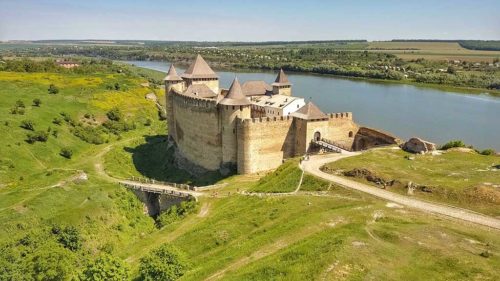 The country’s capital of Kiev is an urban sprawl with a historic feel. A few to be sure to visit are St. Volodymyr’s Cathedral, St. Sophia’s Cathedral (modeled in spirit of Hagia Sophia in Istanbul), the Kiev Lavra Cave Monastery (the latter two are UNESCO World Heritage sites).

But aside from specific sites to see in Kyiv, it is one of those cities you can just wander and get a good feel for. While exploring near St. Andrew’s Church, I happened upon a street filled with paintings for sale. Cafes and bars line the streets as much as modern businesses and museums and monuments. 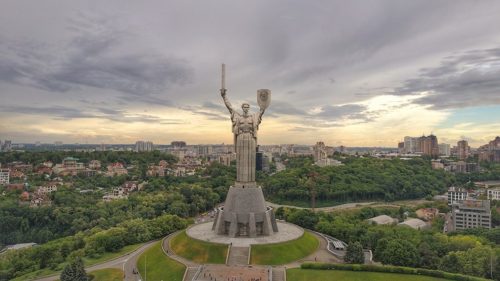 An odd tourist site, Chernobyl can be visited as a day trip from Kyiv. The site receives only about 10,000 tourists annually, but is well worth the effort, for the education alone. Chernobyl is a modern day monument to the need for intervention in the ever-increasing speed of human innovation.

A poorly designed nuclear reactor exploded, causing mass evacuations and radioactivity in the area that is predicted to remain for hundreds of years. The site starting allowing tourists in 2011 and a new containment structure was put in place on the site in 2016 for increased safety.

Be sure to bring closed-toe shoes (sneakers or boots) and long-sleeve shirts and pants. You will be exploring un-maintained and decaying buildings. 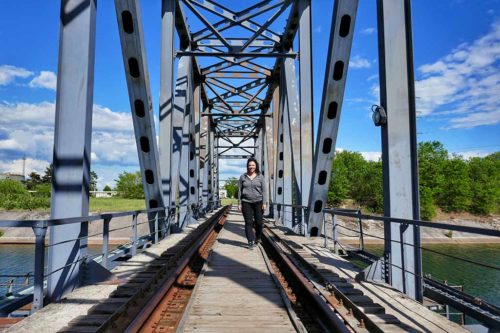 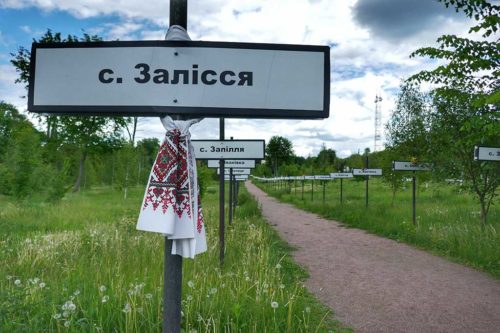 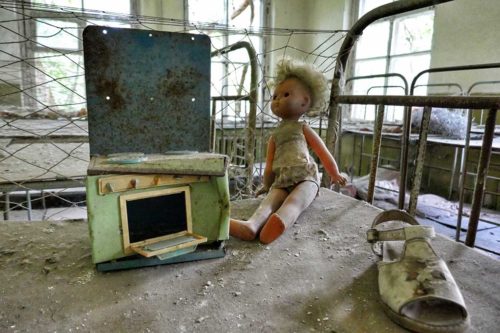 Ukraine’s reputation has been tarnished by war and revolution, but it is truly a country to be seen. With visa-free access for many countries (check here if you need a visa to enter Ukraine), easy flight and train access, and cheap beers, it should not be overlooked as a European Summer destination.

Have you been? Where were your favorite places to visit in Ukraine?

Jessica Elliott is a fellow traveler and writer, attempting to be one of the first women to visit every country in the world, and daring while doing so.