A Brief Travel Guide to Uganda for First-Timers

With a unique array of tourism destinations to explore, Uganda stands out as an emerging travel destination offering the off-beaten track adventure that many travel enthusiasts are looking for. Whether you are looking forward to visiting the different national parks o going on a mountain gorilla trek to see them in the wild, your first time traveling to Uganda will mesmerize you. Safer than the media portrays and with some of the friendliest people on the planet, this country offers beautiful green countryside, organic food, and a mild climate.

Below we have prepared a familiarizing article to destination Uganda to help you plan your trip and fall in love with the country. Tourists are always advised to change some money to local currency, especially when moving out of the big cities and towns is on the plan as some people, particularly in remote areas (where the country’s national game parks are nestled), will not accept foreign currency for payments.

Uganda comprises four main ethnic groups, which all have different origins. These include the Bantu, the Nilotics, the Nilo Hamites, and the Hamites. The Bantu, by far the largest in number, include the tribes of Buganda, Banyankole, Basoga, Bakiga, Batoro, Banyoro, Banyarwanda, Bagisu, Bagwere and Bakonjo. There are over 50 tribes in the country with each tribe speaking its own language.

Nevertheless, English, inherited from the colonial period, and Swahili are the official languages of Uganda; the latter was added in 2005. And of course, there is also Ugandan Sign Language.

Luganda, a central language, is widely spoken across the country, and several other languages are also spoken, including Lango, Acholi, Runyoro, Runyankole, Rukiga, Luo, and Lusoga, among others.

In Uganda, the associated plug type is G, which is the plug that has three rectangular pins in a triangular pattern. Uganda operates on a 240V supply voltage and 50Hz. The electricity system of Uganda is rooted in the British style.

Uganda borders Kenya to its east, South Sudan to the north, the Democratic Republic of the Congo to the west, Rwanda to the south-west, and Tanzania to the south. The southern part of the country includes a substantial portion of Lake Victoria, shared with Kenya and Tanzania. Uganda is mostly located within the African great lakes region, lies within the Nile basin, and has a varied but generally modified equatorial climate.

Uganda was a disintegrated state with various kingdoms, each with its own ruler and rules till the colonial time that led to the scramble and partition of Africa.

The British colonial government named it Uganda. And although the main reason for naming it “Uganda” was not revealed, many say that it was derived from Buganda which was then the most dominant and powerful kingdom in the country.

Uganda possesses lots of natural physical features like mountains, forests, valleys, and water bodies. The reason why is mainly known as a country gifted by nature.

Among the other landmarks that Uganda has include the longest river in the world (River Nile) with its source believed to be Jinja, a city in eastern Uganda. The world’s second-largest freshwater lake (Lake Victoria) is also among the special landmarks that this awesome country showcases. 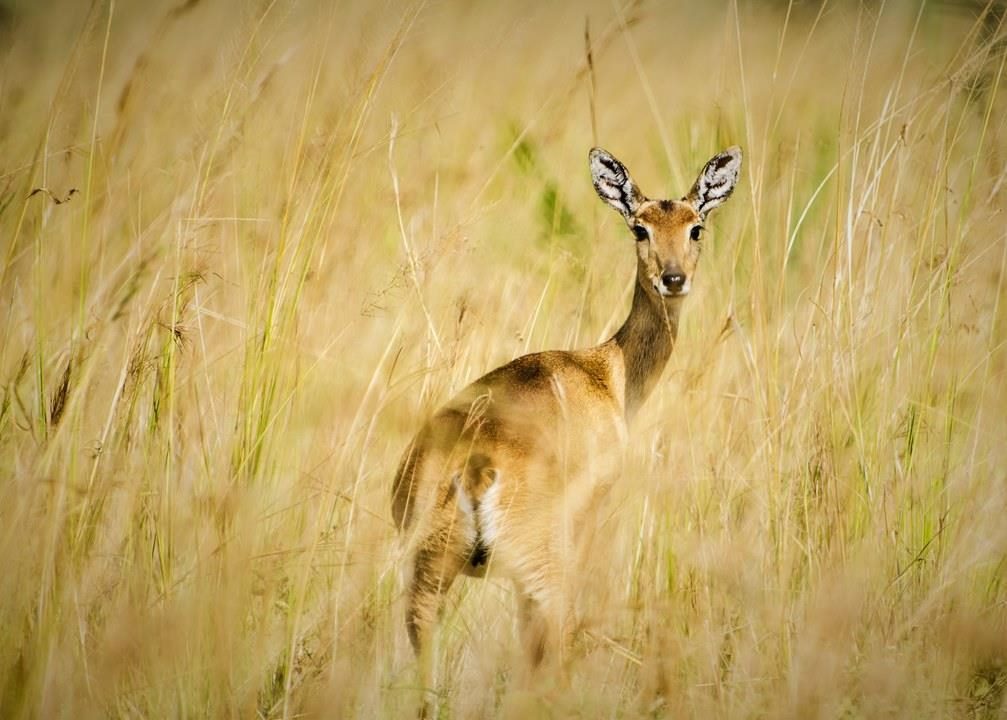 In general, Uganda is a safe country for solo and group travelers and has been stable for its 30 years of independence. However, travelers should always be conscious and very alert, especially with their belongings. There’s petty theft and pickpocketing in major cities, particularly in Kampala the country’s capital.

That said, travelers move from one corner of the country to another without any insecurity occurrence. It was only recently when an American tourist was kidnapped. The predicament was handled in a very majestic manner and was rescued from the kidnappers. Since then the security of tourists has been tightened more than ever.

Nonetheless, you have to be vigilant. While touring around Uganda like in many other foreign countries, it is advised to move with a local guide or travel through a local tour operator. You should also stay and travel to places known to be safe and occupied by a reasonable number of people. Having the local hotline emergency number to call in case of any issue of insecurity is also a great idea.

Is Uganda safe for solo travelers?

Uganda is a secure country for solo tourists, groups, and families. That said, it’s advisable to book your holidays with a reliable Uganda tour operator who will be responsible for your stay in the country. Independent movement in Uganda is safe but intrepid travelers should limit movement alone during the daytime and get home early. 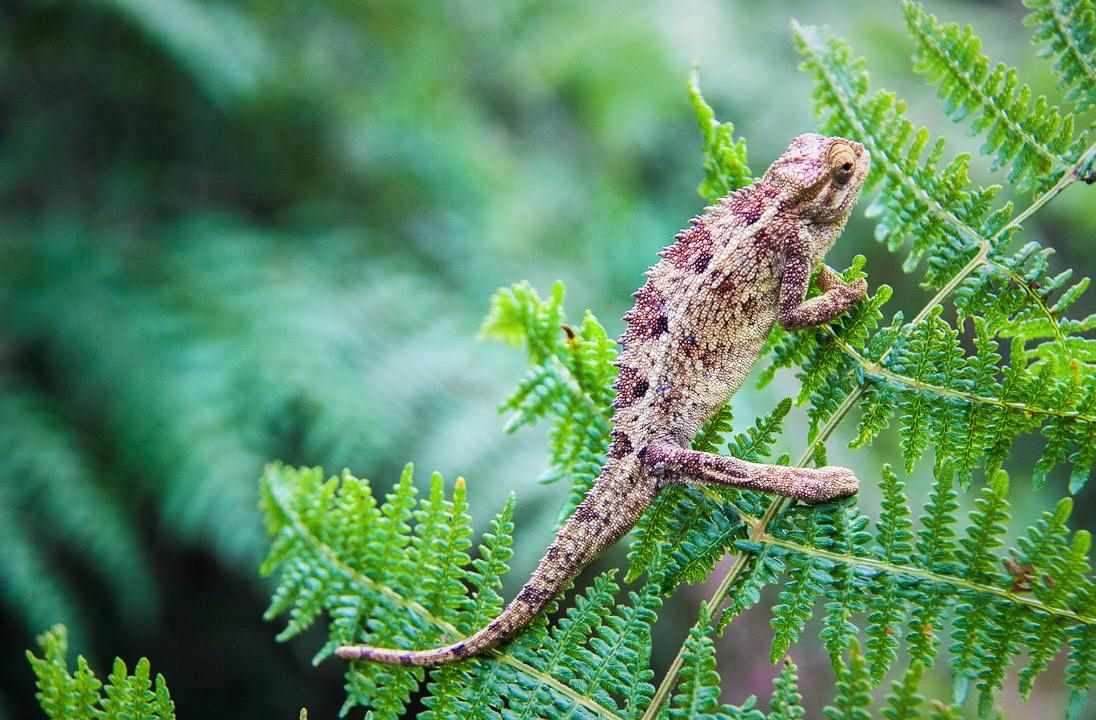 Uganda is a beautiful and fantastic country to travel and live in. There are many attractions in the country that travelers can opt to visit during their stay in the ‘Pearl of Africa’. Among them are the endangered mountain gorillas, chimpanzees, baboons, lions, elephants, leopards, rhinos, and so many other species.

In a nutshell, here are some of the travel tips travelers should know before traveling to Uganda:

As Uganda is undoubtedly a perfect country for safaris and trips, due to the several attractions it has, beginners and first-timers should bear a few things in mind before stepping into this incredibly beautiful nation:

How to best travel across the country

The best way to travel around Uganda is to use a local tour operator who will organize the itinerary, transport, accommodation, and meals for you as well as also purchase the various entrance fees and park activities on your behalf. This is the most convenient and safest way to travel.

On the other hand, you can also choose to rent a vehicle and take a self-drive journey.

Hiring a private 4WD car is also a great way to travel around Uganda, especially if it is your first time. This will give you the freedom and flexibility to explore the country’s finest destinations – such as Bwindi Impenetrable and Kibale Forest National Parks – at your own pace.

Finally, hiring a 4WD car together with an experienced and professional driver-guide can also enhance your trip.

When to visit Uganda

Uganda can be visited all year round but most people prefer to visit it is during the dry months of December to February and June to August. During the aforementioned dry months, grasses in the national game parks are shorter compared to how they are during the rainy season and this offers a perfect and fantastic game viewing as well as a clear snapshot of the animals in the jungle.

However, dry months being the best time to visit Uganda should not play any part in stopping you from visiting Uganda at any time you feel like as the country is always open for tourists. Moreover, traveling in the low season (rainy months) can at times be cheaper than traveling during the peak season (dry months) as hotels in the Parks tend to reduce their rates and tour companies can provide car rentals at better prices than in the peak season.

Those wishing to visit Uganda’s remarkable national parks like Bwindi and co should know that all Uganda Parks have suitable accommodations that include budget, mid-range, luxury, and high-end lodges and camps – so it will depend on each traveler’s taste!

On the other hand, there’s usually camping. That way you can set a tent in any of the camping sites in the Park or go with rooftop tent camping and set a tent atop your 4WD Land Cruiser to spend the night atop your car.

The most popular food eaten by locals includes matooke (bananas), maize flour, rice, cassava, and potatoes. Meat and fish are also widely available. Rolex (mixture of chapatti and fried eggs) is also eaten by locals across the country and it is one thing you should really try to eat once in Uganda.

Besides the named foods above, most restaurants in the Parks also serve international dishes.

What to pack for Uganda

Best things to do in the country Christening it the ‘Pearl of Africa’ wasn’t a mistake. From mountain gorilla and chimpanzee safaris to mountaineering trips, Uganda has so many great things to offer.

Must-visit cities and towns include:

There are so many wildlife species thriving in the above mentioned national parks such as mountain gorillas, chimpanzees, lions, elephants, cape buffaloes, rhinos, hippos, crocodiles, leopards, warthogs, golden monkeys, cheetahs, olive baboons, and so many antelope species like bushbucks, Uganda Kob, waterbucks, Elands, among others.

Cultural diversity set the tone for the famous festivals of Uganda, a country with a fusion of over 50 ethnic groups and which has a mix of cultures and traditions.

The country’s festivals are not only related to its ethnic groups but also to Christianism, to which almost eighty percent of the population belongs.

Some of the most popular festivals in Uganda include; the Nyege Nyege Festival, the Kampala Capital City Festival, the Festival of the Uganda Martyrs, Blankets and Wine, Roast and Rhyme, among others.

Additionally, the culture of Uganda is made up of a diverse range of ethnic groups and visitors always wallow in several cultural experiences such as the Batwa Cultural Experience (an experience designed specifically to enrich visitors with the lifestyle of the Batwa Pygmies – also known as the ‘’forest people’’).

Another traditional experience is the ‘’Imbalu Cultural Ritual’’ – a public circumcision ceremony practiced by the Bagisu people of Eastern Uganda. Epic road trips in Uganda are becoming popular and there are some important things to bear in mind to have a safe adventure across the country.

The highways in Uganda are quite nice and almost all the roads in big cities and towns are paved and in reasonably good shape. However, in remote areas some roads are not always in good condition – that’s why you’re advised to hire a powerful 4X4 vehicle if you’re planning to visit the Parks.

Proposal itinerary for 1 week in Uganda

Meanwhile, take a look at our proposed itinerary for one week in Uganda.

Day One – Arrive at the airport and transfer to Murchison Falls National Park (break off at Ziwa Rhino Sanctuary).

Day seven – Return to Kampala for a flight back home (a city tour if you have time).

Proposal itinerary for 2 weeks or more in Uganda

Day two – Transfer to Jinja City, zip lining and white water rafting at the source of the Nile

Day fourteen – Game drives and return back to Kampala

Uganda is a fantastic country to visit; its nature is stunning, its people are welcoming, and the varied wildlife stands out as the most attractive part of this beautiful country. These days, the country is peaceful and stable and it can be visited throughout the year by tourists, regardless of citizenship and gender – Uganda is safe and open for everyone! 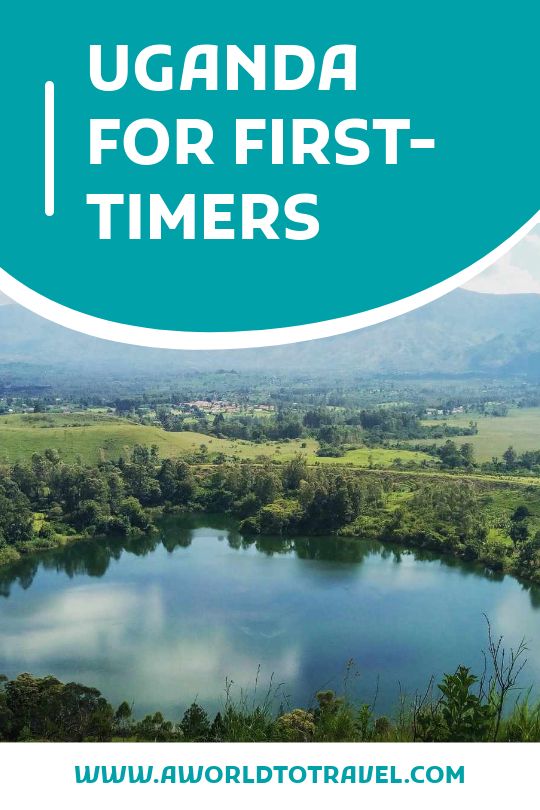