I’m going to say something that you don’t hear an awful lot from some of the people who visit Italy:

I really do. I’ve been there five times. But when you mention this to people, they tend to get a surprised look. “But what about the dirty streets? What about the pickpockets? What about the mafia?“ Well, you get those things in many a big city, and it doesn’t affect your visit – indeed, in all the time I’ve spent in Naples, I haven’t encountered any of them!

But sometimes the reputation that Naples has acquired in darker times sticks in people’s minds, and it puts them off from ever giving the city a chance.

I’m here to persuade you to eradicate that reputation from your minds because otherwise, you’ll miss out on one of Italy’s most authentic, and scenic, cities. Destinations such as Venice, Florence, and Rome might have all the gloss, but Naples really can offer you just as much in friendly locals, simple yet delicious cooking, and stunning views of Mount Vesuvius lurking just outside the city.

Not to mention hours of sunshine, tempered by a breeze straight off the Bay of Naples. It has energy, it has a history (3,000 years of it, in fact!), it has mind-blowing pizza. What more could you want?

So let’s look at some of the things that Naples has to offer you!

Where to Stay in Naples Italy 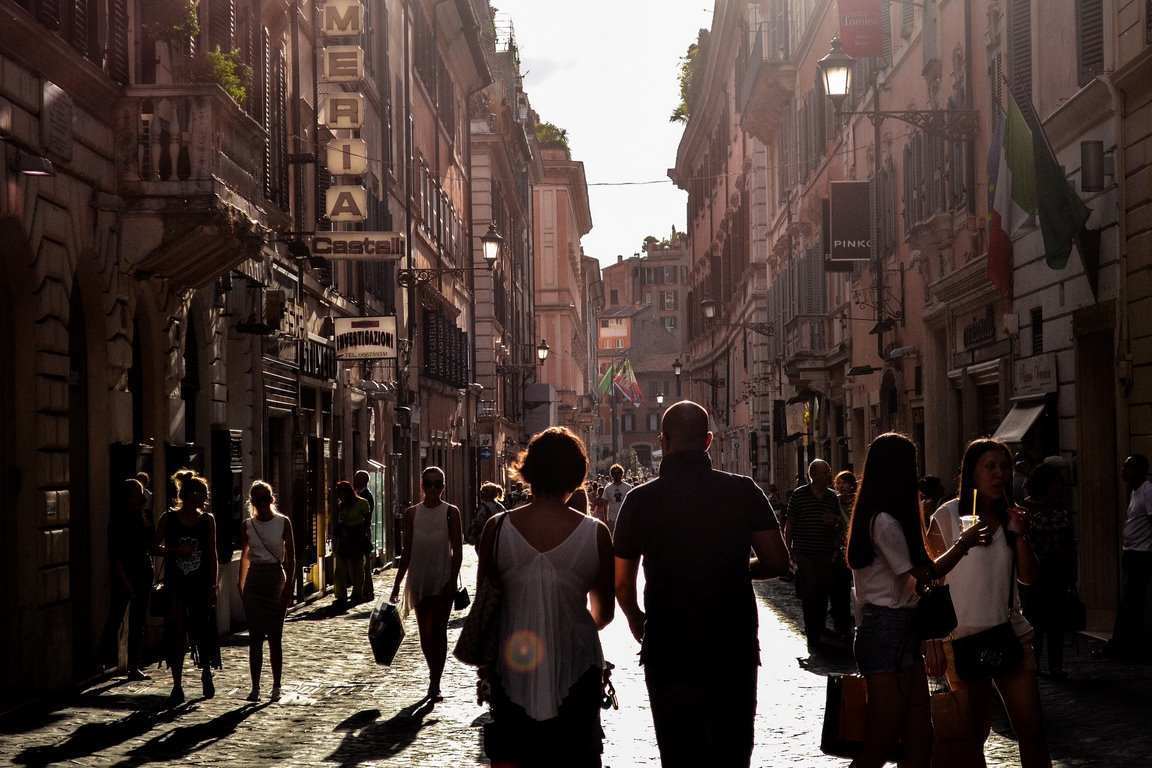 Looking for the safest place to stay in Naples?

When looking at places to stay in Naples, again, don’t be put off by the city’s reputation. The city center is perfectly safe, and actually a great base for not only exploring Naples itself but for getting out and exploring the whole of the region.

Particularly awesome is the Historic Center, in itself a UNESCO World Heritage Site and one of the best places to stay in Naples Italy – who doesn’t want to be surrounded by a city’s historical glories, after all? And the ancient Greeks who founded Naples knew a thing or two about finding good locations for settlements, so you can take their recommendation.

Check out the hotels in the area of Piazza Bellini or Decumani for some achingly elegant buildings, and close vicinity to some of the city’s best sights.

Where to stay if you fancy waking up to a volcano?

Also, you may have noticed a large volcano looming over the city’s southern side. Want to stay somewhere you can get a good view of it?

Look into hotels in the Chiaia or San Fernando districts. I really recommend the former: not only do you have a great view of the sea, but you’ll be near to the Lungomare – a stretch which is closed to traffic, and has stunning views of the bay.

Perfect for walking off all the amazing food you’re going to be eating in Naples! And speaking of food…

What and where to Eat in Naples Italy 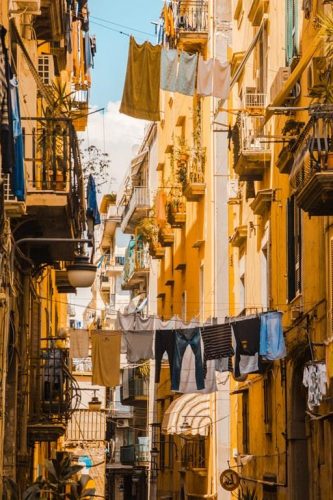 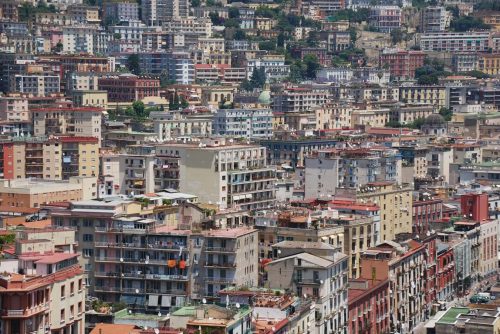 If you love your food – and I love it so much that I immediately need to diet after any trip to Naples – you’ve come to the right place.

Naples delicacies you should try

Fans of pasta and seafood are particularly well catered for: thanks to the city’s envied location on the bay, seafood in Naples restaurants is cheap, plentiful, and excellent.

Spaghetti alle vongole is a specialty, mixing pasta with clams, and the more adventurous can try purpetiello affogato – poached octopus.

The city is also well known for its desserts and sweet dishes, with sfogliatelle being a local favorite. Rolled into layers, and filled with orange-flavored ricotta, no trip to Naples is complete without having one of these for breakfast (accompanied with an espresso coffee, of course).

Pizza and Naples, a love story

But I’m sure you already know what the star dish of Naples is, and yes, it’s as good as everyone tells you. The pizza in Naples can legitimately claim to be the best in the world: after all, this is its birthplace.

Pizza Margherita is the archetypal Neapolitan pizza, invented when a queen of the same name came to visit the city – the red tomato, white mozzarella cheese, and green herbs formed the colors of the new Italian flag. But where should you go for the best one?

Naples has many claimants to the title of the best pizza in the city, but my vote always goes to L’Antica Pizzeria Da Michele, conveniently located close to the Centrale train station.

It was founded by Michele Condurro in 1870 and is still run by his family. Good pizza runs in their blood. True to tradition, there are only two choices of pizza on the menu – Margherita or marinara –  and you’ll be seated at a very simple long table, with drinks in plain white plastic cups.

But fancy tableware would only distract from how good the pizza is; trust me, this is the real thing. The pizza melts in the mouth. Every ingredient is fresh. Pizza will be forever ruined for you because you’ll never find another as good.

And you’ll be pleasantly surprised as to how reasonable the prices are!

Things to Do in Naples Italy 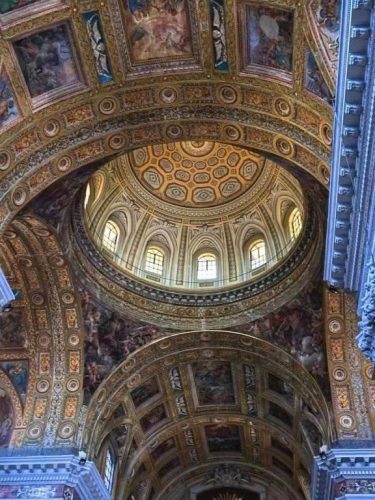 Naples has some genuine world-class sights and ones which should definitely be on your bucket list.

Which museum should you visit in Naples?

First for most visitors is the Museo Archeologico Nazionale di Napoli, which is surely one of the most interesting, and most famous, museums in the country.

Given how much history, both Greek, and Roman, has occurred on the grounds of the city, you’ll be unsurprised to learn that the Greek and Roman collections are some of the most extensive in the world.

This includes the well-known Farnese Collection, which contains some of the most stunning examples of ancient sculptures that you’ll ever see. But for most people, the museum’s main draw is the artifacts rescued from the ruins of Pompeii and Herculaneum and brought here for safekeeping.

Read also: How to visit Italy from home

Naples churches you should visit

You’ll also want to check out the city’s churches. Napoli has some absolutely gorgeous religious buildings, whether its the startlingly realistic veiled statues in the Capella Sansevero, or the beautiful blue and gilt ceiling of the Gesù Nuovo, and most of them have no admission fee.

The Basilica of Santa Chiara is a particular favorite of mine: among the final resting places of kings, queens, and the mighty, there’s the simple grave of Salvo D’Acquisto, a carabinieri (police officer) who sacrificed himself during the Second World War in order to save the lives of 22 citizens.

He is rightfully considered an Italian national hero, and his story is a very affecting one.

For those of you who’d like to do something a little more unusual, how about taking a tour underneath the city? Yes, you did read that right.

Napoli Sotterranea, located just off Piazza San Gaetano, will take you forty feet below the surface of Naples, and introduce you to another world. You really won’t be able to believe that this is below the streets you’ve been walking around – aside from Greek quarries which date from the birth of the city, you’ll see shelters used during the war (and the items which were left behind), and even plants growing beneath the surface, thanks to an experiment by the local university.

But the most impressive part of the tour is when you each take a candle, and slide your way through the tight, claustrophobic passages of the ancient cisterns, marveling at the aqueduct through which water still runs.

The combination of cave-like corridors and illuminated clear waters make this a truly enchanting experience.

By the way, feel free to take the Metro to visit these sights – some of the stations, especially Toledo, are quite literally works of art!

What to See Around Naples 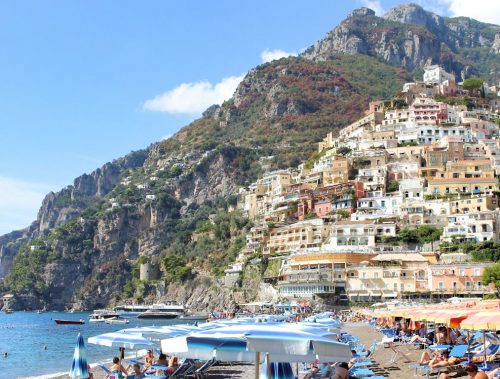 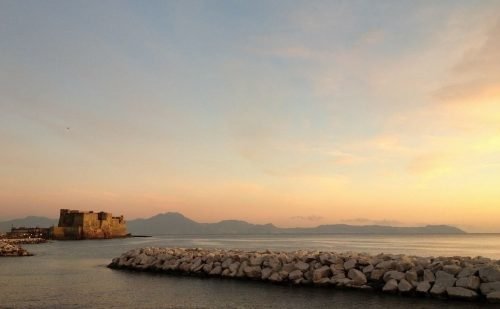 Another of Naples’ strong points is that it makes a fantastic base for visiting the region around it – and there’s a lot to see!

You really can’t do a trip to Naples without visiting Pompeii, or its sister site of Herculaneum. Or can you?. In any case, both of these are ridiculously easy to reach: just get a Circumvesuviana train heading to Sorrento from either Centrale or Porta Nolana stations, and sit back and relax.

Pompeii is bigger and more famous, but more crowded. Herculaneum is smaller in size, but quieter and better preserved. Both are thoroughly worth visiting; you’ll quite literally be walking in the sandalled footsteps of the ancient Romans – you’ll even be able to see the ruts in the street’s flagstones where oxen pulled carts. It’s truly a privilege to be able to take in both sites and feel like a time traveler while you do it.

Top tip: make sure you take plenty of water, a hat, and comfy shoes; Pompeii, in particular, can become somewhat oven-like in the midday sun. Also, don’t forget to purchase your UNESCO world heritage ruins of Pompeii tickets in advance!

History not really your thing? Want a bit of glamour? Then head down to Molo Beverello port, and catch a boat to Capri.

This small island is world-famous for a reason (and not just for having pants named after it!); it’s a place of immense natural beauty. You’ll gain a whole new appreciation for the color blue when you look upon the seas around Capri, and the island’s most famous sight, the Blue Grotto, just confirms it.

But there’s plenty to be seen by just picking a street, and walking across the island – particularly lovely walks can be found by heading towards the signposted Faraglioni rocks, where you can sigh with barely-concealed jealousy at the stunning villas which have a view of the sea.

And if you’d rather see some rather more man-made beauty, then head to the row of shops on Via Camerelle; Capri’s most glamorous street has all the designer brands, with the price tags to match.

If you don’t mind heading a little further afield, travel to Sorrento, and onward to the Amalfi Coast via bus. There, the glittering towns of Positano, Amalfi, and Ravello stretch from hilltop to shining sea, combining history, glamorous beaches, and some simply stellar views.

Head to Amalfi’s Duomo di Sant’Andrea for religious artifacts and relics. And don’t forget to enjoy a granita whilst strolling down the winding backstreets of Positano. A particular recommendation is Villa Rufulo in Ravello. For only a small entry fee, you can go into the gardens and enjoy one of the most panoramic views on the whole of the coast. Well worth the trip from Naples!

So there we have it: a very brief round-up of Naples’ selected highlights. But there’s so much more; it really is a city which rewards exploration. You’ll be blown away by the friendliness of the Neapolitans, stunned by the views, intrigued by the history, and floored by the food.

By the time you leave, you’ll be saying “I love Naples”, too. You wait and see. 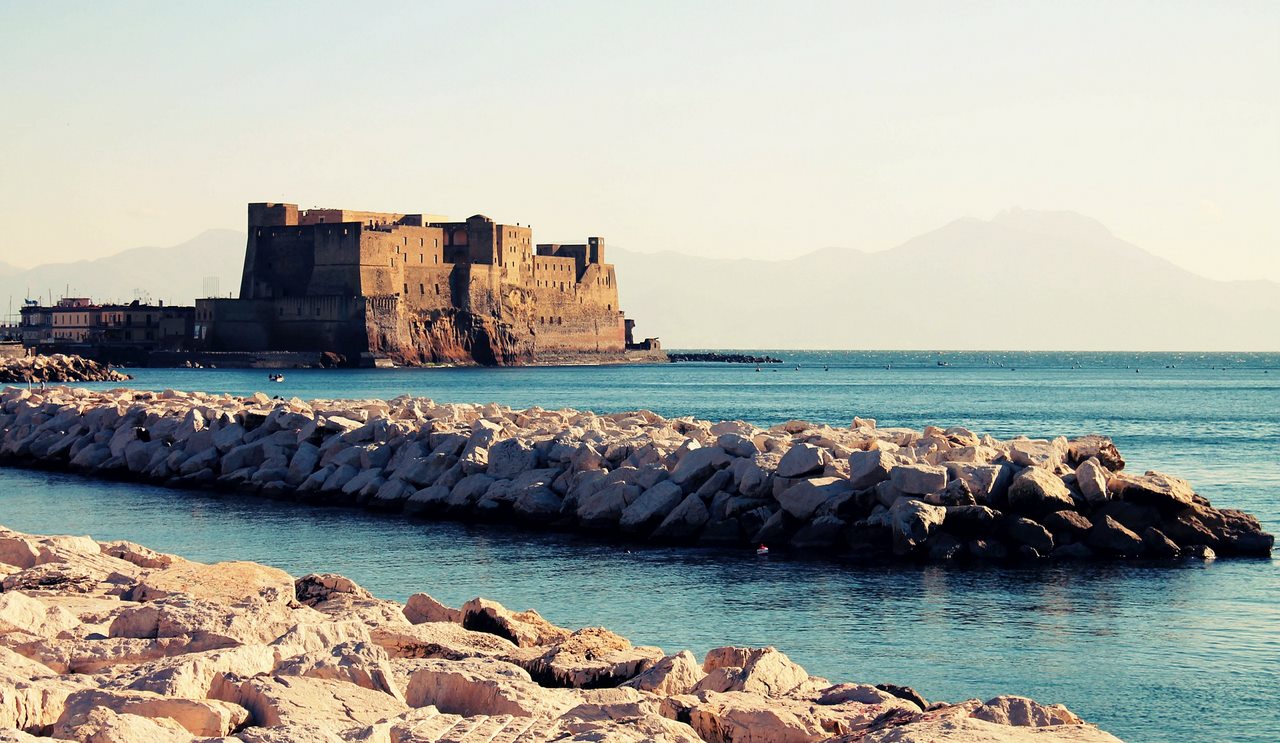 Anything you’d add to this travel guide to Naples Italy? Please let us know in the comments below!

After too many years spent not traveling due to severe anxiety, Nicky decided enough was enough and took steps to get back on the travel wagon in a major way. Follow her progress and travels, and pick up advice for the anxious traveler in your life, on her blog.