Are you searching for great tips for mastering a small ship cruise?

Think cruise ship. Your mind’s eye probably conjures up an image of a massive mountain of a ship carrying thousands of passengers. But with the overall shift from bigger is better to less is more – see the tiny house trend – it should come as no surprise that cruise ships are downsizing too. Today, you can choose to cruise on a much smaller ship with 70 to 350 fellow guests.

Perhaps you’re wondering how this experience differs from climbing aboard a large ship, which is essentially a floating resort. The answer? It departs from the norm in countless ways, most of them positive. Before you set sail on a small cruise, here are a few tips and tricks you should keep in mind to make the most of your experience.

1. Be prepared for pared-down amenities 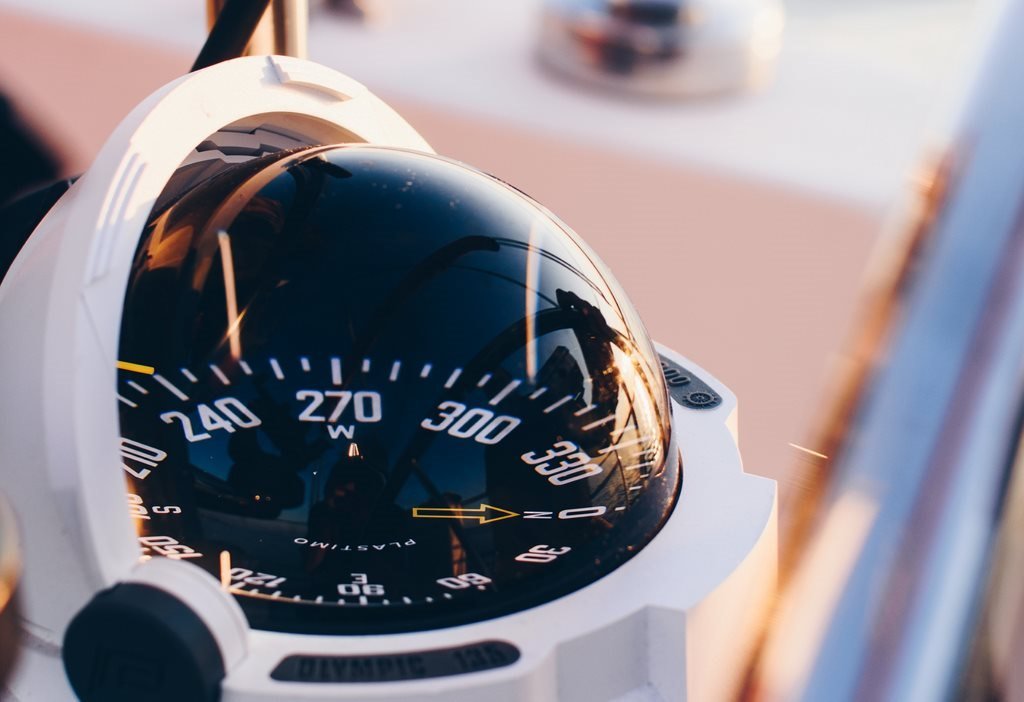 Since the ship is smaller, it naturally follows that all its facilities would be smaller, too. Although this comes with many perks, it also means you must adjust your expectations a bit. You won’t find a full-sized gym on a small ship like you would on a huge cruise liner. These smaller watercrafts often offer a fitness room instead of a few essentials, perhaps some free weights and a treadmill.

Likewise, you shouldn’t expect to see a sprawling pool and a sunbathing deck on the starboard side of your small cruise ship.

Since space is at a premium, the ship must make use of every single square inch. This means that you’ll sacrifice a few of the more luxe extras, but the positive aspects of small-ship cruising far outweigh any drawbacks. Just read on for proof.

Whereas huge cruise liners only dock at cities that are known around the world, small ships have the flexibility to put down anchor in ports you’ve never heard of. When you embark on a small ship cruise, you might end up in a tiny town on the coast of Greece. You could climb ashore on a sandy beach in an unknown part of Croatia.

You could disembark along the edge of Norway in a place too beautiful to describe in a postcard home.

The opportunity to explore these often-overlooked regions is undeniably a huge draw of the smaller cruise ship. Keep in mind, though, that these less touristy areas of the world may require a bit more planning to explore. You can’t simply step off the ship and expect to find folks offering tours on every corner.

Know your ports and do some planning in advance so that you have at least a rough game plan for every stop. If you don’t, you might end up missing out on once-in-a-lifetime opportunities.

Whenever you travel for an extended period, particularly in a confined space like a ship, it always makes sense to pack light. That way, you’ll never stress about having to drag your luggage around in between flights or train rides.

However, when you’re cruising on a small ship, it is imperative that you not bring too much aboard. Whereas the typical cruise ship offers relatively small cabins for passengers, a smaller cruise ship obviously limits its space even further.

The upside? These smaller ships tend to create more luxurious spaces for their passengers. So, while you might not have a ton of space to hang out in your cabin, your bed will probably be dressed in a super-plus comforter and high-thread-count sheets. You might find top-of-the-line bath and body products on the vanity.

Your cabin might even offer extras, like small snacks or drinks. So, if you don’t go overboard with your vacation wardrobe, you shouldn’t have any complaints about your cabin.

4. Come ready to mix and mingle

When you’re just one of the thousands of passengers, it’s easy to get lost in the shuffle. However, when you’re vacationing on a ship that only holds about a hundred people, you’ll quickly start to recognize the faces of your fellow adventurers.

You may be more inclined to strike up conversations with them, as well, because you already know you have one major thing in common: you’re excited to explore the corners of the earth that are only rarely reached.

So, when you decide to go on a small-ship cruise, you may want to leave your huge group of friends at home. Bring along just your significant other or an outgoing travel buddy and remain open to meeting new people along the way.

The only way to make exploring a little town even more exciting is by doing it alongside a pair of new friends. Plus, you’ll have built-in dinner buddies.

5. Take advantage of the customized service 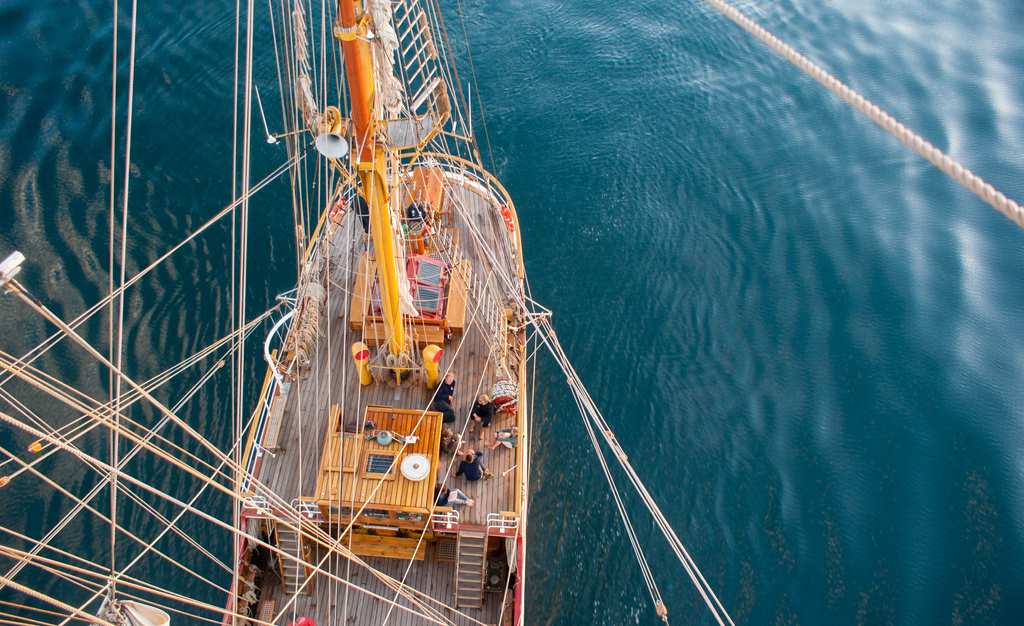 It’s not just the faces of new friends that will become regular sights on a small cruise ship. You’ll also probably get to know the staff, and vice versa.

Since you’ll see your servers and other ship employees day after day, they’re more apt to remember your preferences and go the extra mile for you and your fellow passengers. Whereas you’ll be just another faceless passenger on a traditional ship, a small cruise ship ensures that you’re more than just a number.

So, don’t be surprised if you ask an employee for recommendations on things to do and they offer up a comprehensive list. Feel free to ask the cabin staff for extras that you wouldn’t on a larger vessel, such as an extra pillow or an early-week refill on shampoo.

Chances are they won’t tell you no because you’ll have the opportunity to form a good working relationship with them over the course of the week. After all, you’re all in this small-cruise adventure together.

Speaking of dinner, you certainly won’t see a buffet line wrapping around the corner when you head to the dining room for a meal on a small ship.

Instead of offering multiple eateries equipped with massive buffets, most of these more petite crafts have a single restaurant instead. And instead of dishing out generic buffet food that’s been sitting under a heat lamp for a few hours, the ship’s chef and the kitchen team create upscale cuisine for each passenger.

Again, this scaled-down approach can be positive or negative, depending on how you look at it. Yes, the presence of just a single restaurant means you’ll have less variety than you might on a larger ship.

However, the quality of the cuisine will so far outshine the buffet fare that you won’t miss the extra options anyway. Keep in mind, too, that you’ll be enjoying many of your meals on land, so there will be plenty of opportunities to mix things up in the culinary sense. 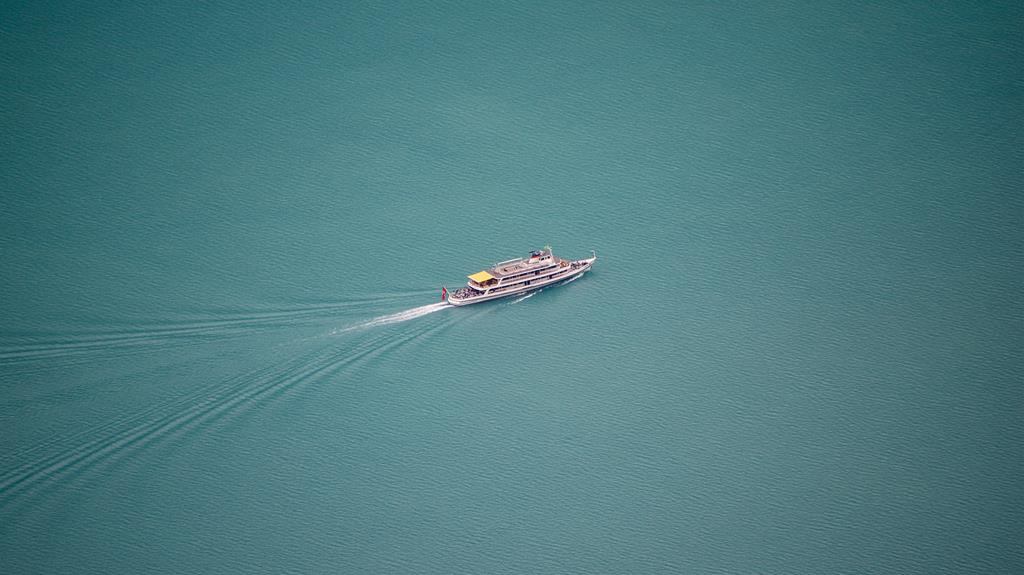 Petite cruising vessels also don’t have the space for a massive Broadway stage like your typical liner. This doesn’t necessarily mean that they totally skip the nightly entertainment, though.

The smaller ships that do offer shows tend to simply downsize them a bit. You’ll probably see cabaret-style performances on a smaller ship instead of huge, over-the-top musical numbers. This can be a real selling point for people who prefer a more intimate style of entertainment as opposed to glitzier performances.

So instead of lamenting the loss of the larger stage productions, savor every moment of these more modest performances. You may have the opportunity to participate in the show yourself if you’re lucky!

The opportunity for interactive after-dinner entertainment is just another benefit of boarding a small ship as opposed to a massive watercraft.

With fewer passengers aboard, the cruise’s team can customize excursions and onboard events in a way that simply wouldn’t be possible with thousands of guests. They might be able to arrange a private dinner with a local chef or set up a behind-the-scenes tour at a museum on the mainland.

They could help design a walking map of the city that hits lots of major landmarks along the way and ends at a cute local café.

If you have an activity in mind when you come aboard the cruise ship, definitely mention it to the entertainment team. There should be someone aboard who oversees coordinating special events and can help your group create the trip that you’ve been dreaming of.

This is just another perk of going small for your vacation instead of setting sail on a massive cruise ship. Now that you have a better understanding of the benefits of setting sail on a smaller ship, you can start planning your next getaway.

Find a small-ship cruise that departs from Australia or Alaska and runs along the West Coast (like Un-Cruise Adventures). Check out a line that grabs passengers at a port in Central America, the Caribbean, or the South Pacific (such as Windstar). Book a cabin on a “Suite Ship” that cruises European Rivers (e.g. Avalon Waterways).

You won’t be disappointed with the vacation that ensues.

2021 update: Please note this is an old post that does not necessarily reflect our views regarding sustainable tourism anymore. Thanks for your understanding.

Kacey Bradley is the lifestyle and travel blogger for The Drifter Collective, an eclectic lifestyle blog that expresses various forms of style through the influence of culture and the world around us. She graduated with a degree in Communications while working for a lifestyle magazine. She has been able to fully embrace herself with the knowledge of nature, the power of exploring other locations and cultures, all while portraying her love for the world around her through her visually pleasing, culturally embracing, and inspiring posts. Along with writing for her blog, she frequently writes for sites like US Travel News, Thought Catalog, Style Me Pretty, Tripping.com, and more.