Thru-Hiking The Appalachian Trail: What You Need To Know

Hiking has not always been part of my life. For the longest time building a career left little room for outdoor pursuits. That all changed in 2013 when my wife and I came to our senses and began prioritizing accumulating experiences rather than things. We left corporate America, downsized, and moved (with only nine suitcases of possessions) to Costa Rica.

Semi-retired, we had reversed the irony of working life: having enough money, but no time to enjoy it. After our move, we had plenty of time to explore pursuing our passions … heck, to even determine what those passions might be. We lived in Costa Rica for almost four years. During that time we began to hike a lot. We lived in Costa Rica’s central valley and were in the middle of the mountains. Our morning ritual was to walk out our back door and hike up the steep incline of the slope of Poas Volcano and down the surrounding valleys. 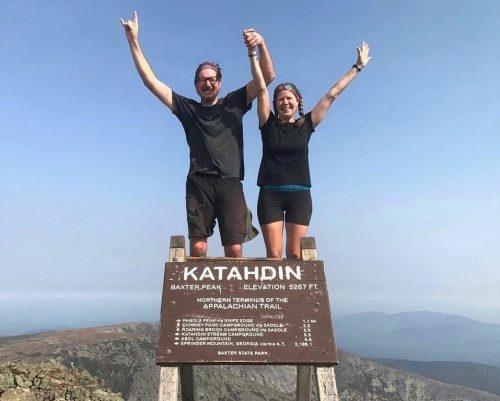 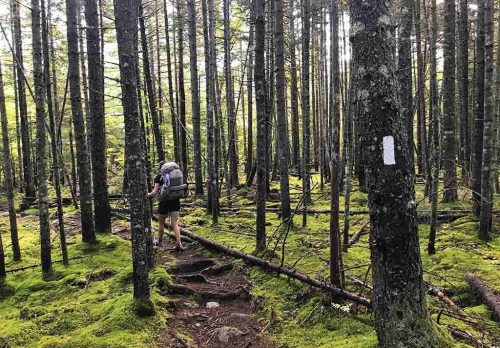 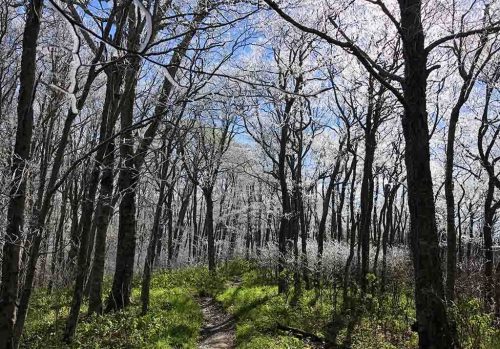 So, we had found our passion. But it is one thing to hike a couple of hours each morning and another to live in the wilderness for six months. However, on one such hike, my wife and I determined to do just that. We decided to take our adventurous life up a level and hike the Appalachian Trail.

What is the Appalachian Trail (AT)

How long is the Appalachian trail? 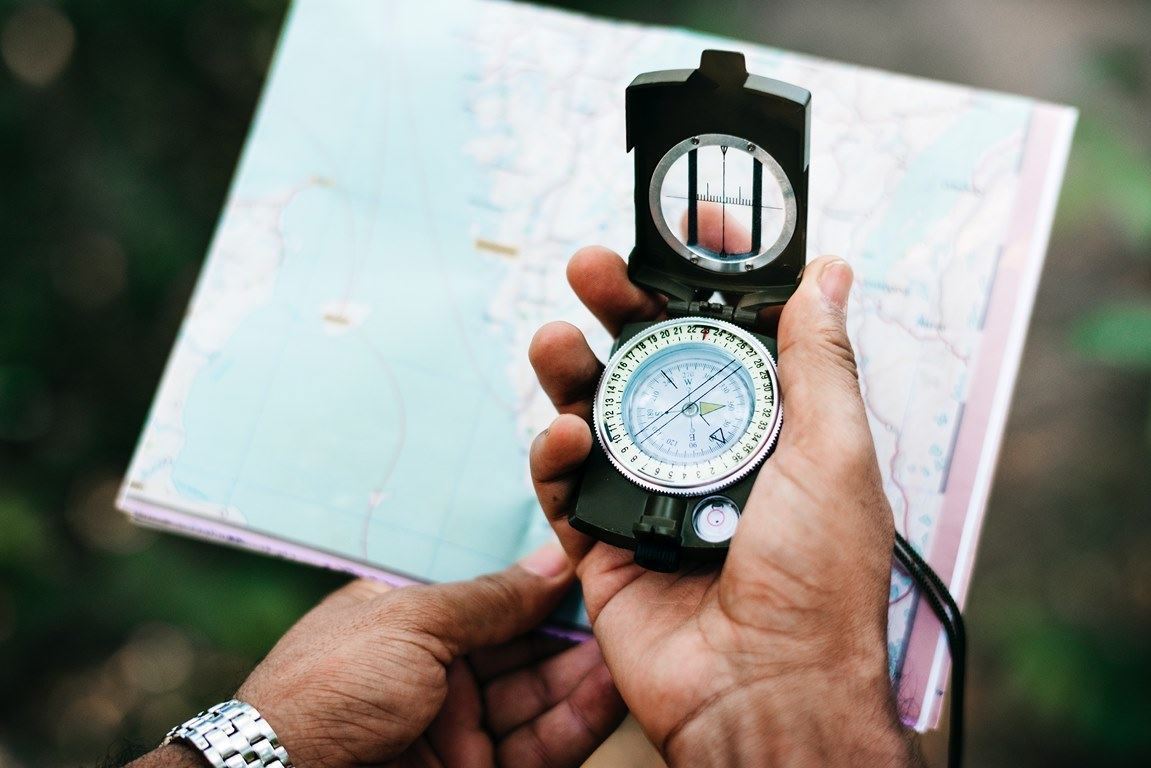 The Appalachian Trail is a continuous backpacking trail in the eastern United States, roughly 2,200 miles long. It is the oldest “hiking-only” trail in the world. The mileage changes each year because of reroutes due to land management, lease agreements, and other issues. The AT makes up a third of the revered Triple Crown of Hiking, along with the Pacific Crest Trail and the Continental Divide Trail.

The southern terminus of the Appalachian Trail is Springer Mountain, Georgia and Mount Katahdin in Maine is the trail’s northern counterpart. In all, the AT traverses through 14 U.S. states and is marked with (an estimated) 165,000 (you read that correctly) 2” x 6” white blazes painted on trees and rocks.

How to pack for an Appalachian Trail thru-hike? 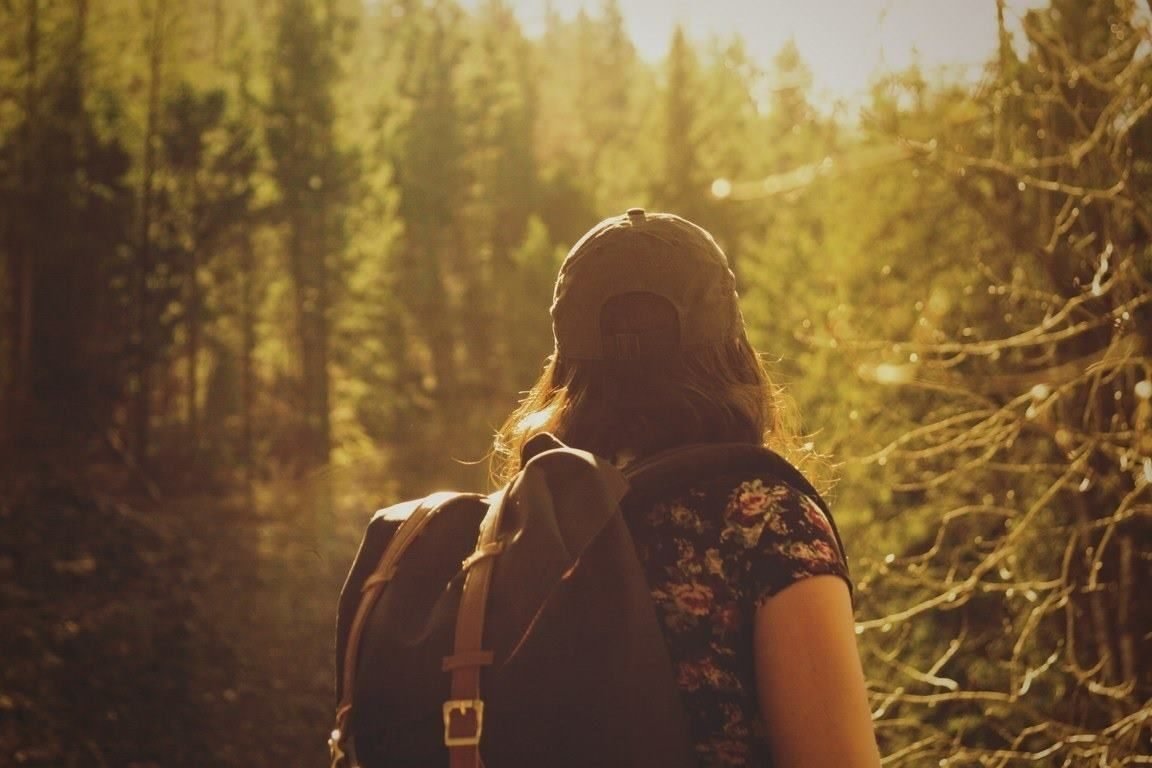 The path of the AT constantly has the hiker clambering up and lumbering down steep mountains. They carry everything they need for 4-7 days at a time on their back and must filter their drinking water they get from springs, streams, rivers, and lakes to avoid water-borne illnesses. Long-distance hiker’s backpacks typically weigh between 25 and 40 pounds and include a tent or other shelter, sleeping bag and pad, food for several days, cooking equipment, clothing, and rain gear.

Completing the trail is a monumental feat. Those hikers that complete the entirety of the AT in any 12 consecutive months are considered to be thru-hikers; this was our goal as we left Costa Rica.

Why Thru-Hiking the Appalachian Trail? 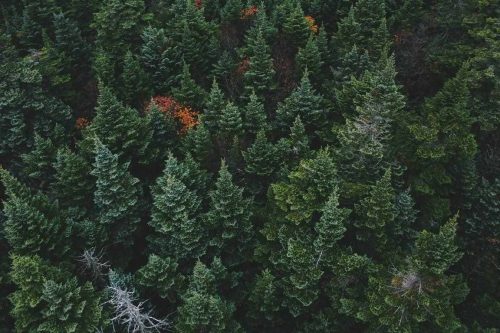 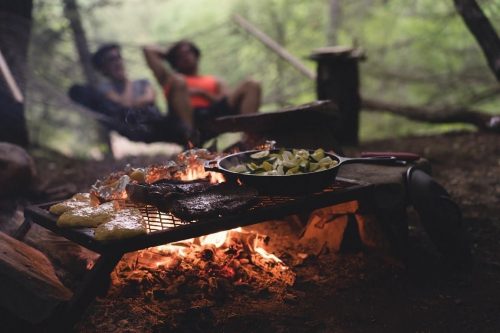 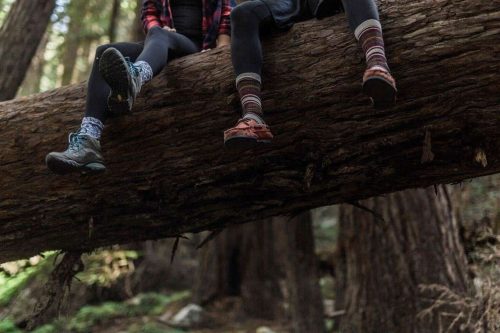 Who in their right mind would want to spend six-months backpacking 15-20 miles a day? And go days without a shower? Push their body to the point that bones and muscles ache constantly? Walk up to 12 hours each day? Sleeping out-of-doors in a tent on the hard ground? Or to hike day after day in the rain, snow, and blistering heat?

How many people walk the Appalachian Trail thru-hike yearly? 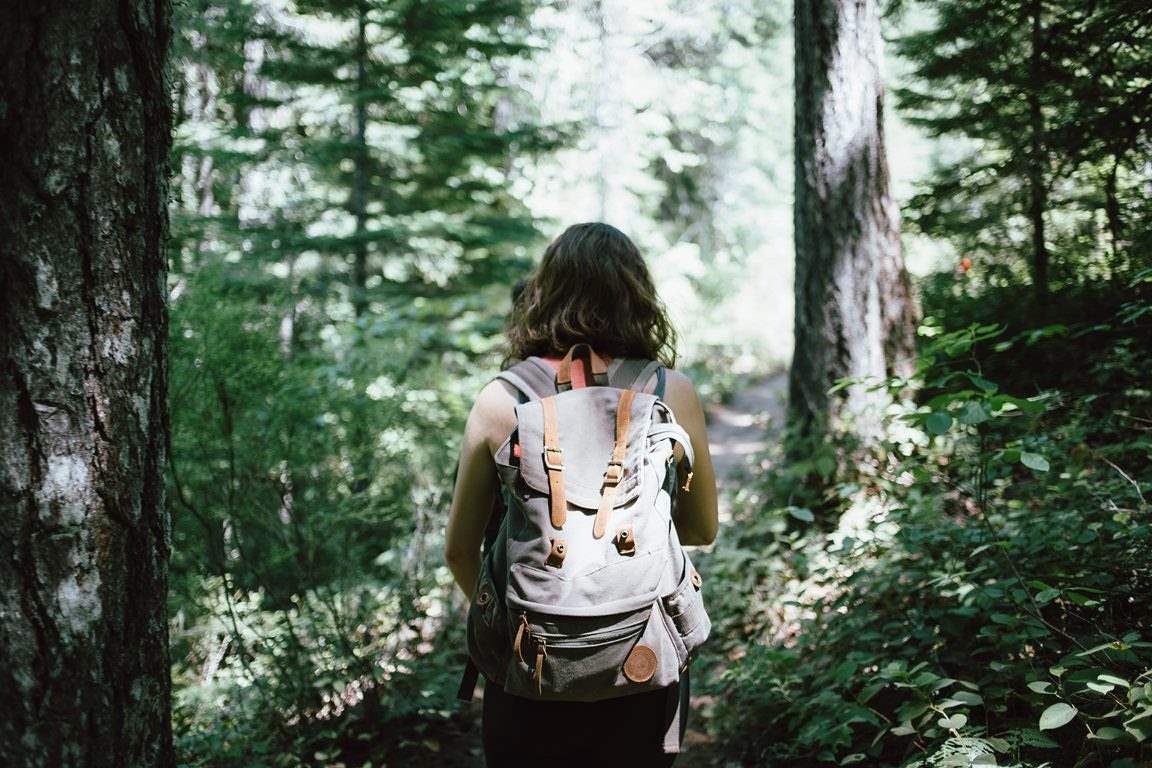 Surprisingly quite a few people want to do these things. Upwards of 4,000 hikers attempt an Appalachian Trail thru-hike each year. Their reasons vary, but the majority branch from a common root; transition.

Which are the reasons people have to hike the Appalachian Trail? 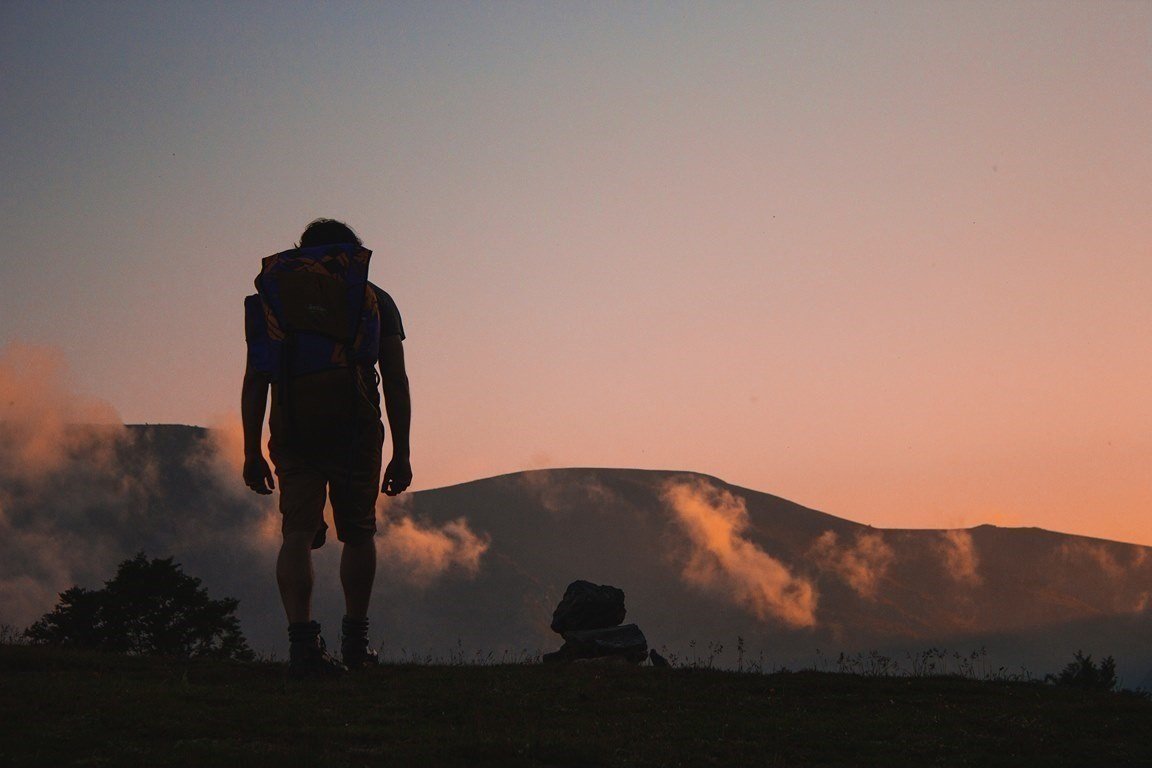 Most AT hikers attempting to complete the entire trail in one go are experiencing some sort of life migration: from student to the workforce, married to divorced, workforce to retired, or in our case from Costa Rica to repatriation to the U.S. The AT provides the time and solitude to think through one’s life obstacles, all the while building health, stamina, and confidence.

The challenge of the AT was of a caliber we had never experienced. That was also part of the allure – to do something difficult that not many people can achieve – but our main answer to the query “why hike” was we were floating in a sea of uncertainty. We knew it was time to leave Costa Rica.

We loved our four years there but it was time for another adventure, we just weren’t sure what that would be. What better way to figure out what was next than to walk together for six months straight talking it over.

Some Statistics on the Appalachian Trail 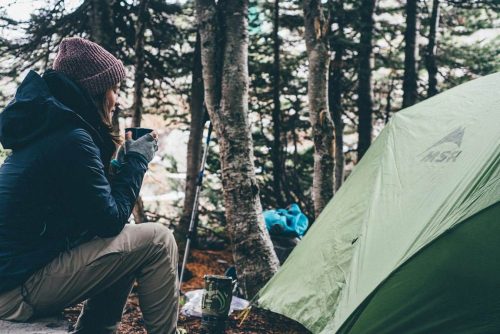 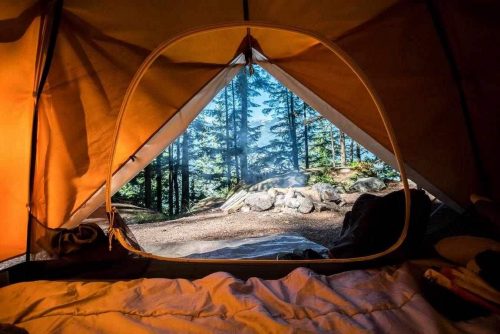 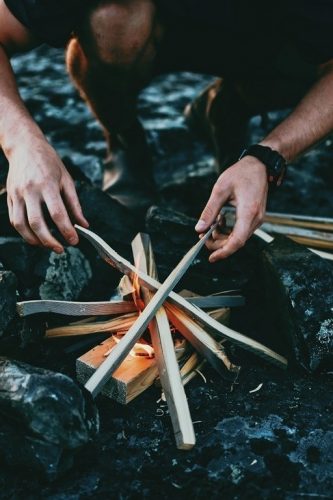 To illustrate the grueling reality of an Appalachian Trail thru-hike, let’s talk about some numbers, statistics, and facts regarding the epic trail.

How challenging is the Appalachian Trail?

The AT purposefully goes up over and down mountain after mountain after mountain. It is even more challenging than it was when the trail was initially created in 1937. Land agreements have played a large role in how the trail is routed. To prove this point there is a coined acronym used frequently by AT hikers: PUDS, which stands for pointless ups and downs.

Despite the traditional descriptions of the AT as a footpath, the trail up and down the mountains of the Appalachian Trail is challenging. Unlike the AT’s west coast counterpart the Pacific Crest Trail, the AT does not utilize switchbacks nor is it graded for any animal other than humans. To illustrate the severe elevation climbs and descents the thru-hiker experiences let’s compare the elevation to the world’s most famous mountain, Mount Everest. By the time a thru-hiker has completed their 2200 mile journey, they will have climbed and descended the equivalent to 16 Mount Everest summits.

Which are the Appalachian Trail states?

How much does it cost to hike the Appalachian Trail?

A thru-hike is not cheap and on-trail costs can average $1,000 or more a month. The money is used for trail-food, hostel and hotel stays, in-town food, and gear replacement/repair. An example of the last item on the list, my wife and I each wore out three pairs of trail runners on our thru.

How long does it take to hike the Appalachian Trail?

Finally, to walk the entire length of the trail a hiker will take ~5,000,000 steps. Most hikers finish the AT in between 5 – 7 months. Most hikers don’t finish at all. Each year is different but only between 20-30% of hikers who start with the intention of hiking the Appalachian Trail entirely complete it – even with today’s fancy high-tech gear, copious amounts of information on the trail from books, blogs, and videos, and better than ever trailside support. 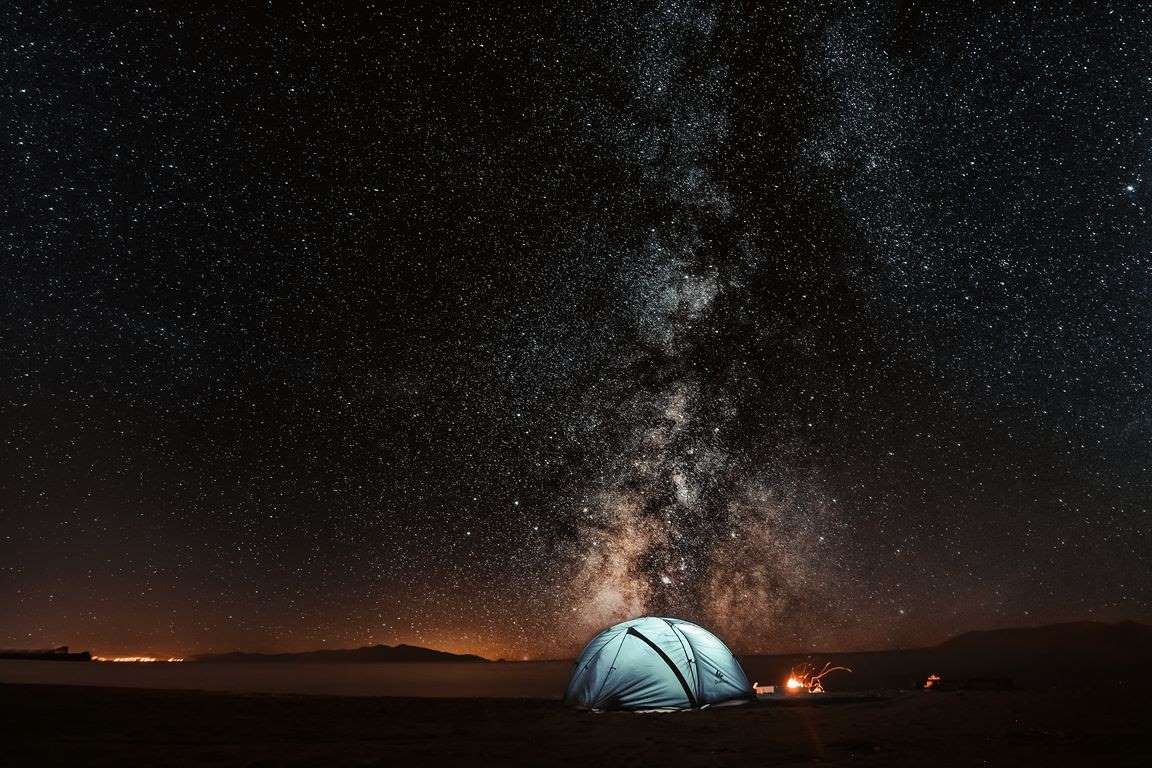 In a word? HARD. Of course, hard doesn’t do the experience justice, but there are so many outlets romanticizing the notion of thru-hiking. Two main culprits are books. A Walk in the Woods by Bill Bryson and Wild by Cheryl Strayed both glorify walking on a whim – throwing some stuff together with minimal preparation and just heading out to walk their problems away.

It’s important to note, neither author completed the entirety of their respective trail though that was their intention. Before you start thinking that I assume only a thru-hike is a worthy pursuit, think again. I believe anytime spent away from the hectic whirl of everyday life is great. However, when people are inspired by a book to hiking a certain long trail (typically the AT because of A Walk in the Woods or the PCT because of Wild) they have the intention of thru-hiking. And … thru-hiking the Appalachian Trail is HARD. Everyday hard.

“So, great, the trail is hard. What else is it like?” Well, you get to be in nature every day all day. You get to see animals in their natural environment. On our hike, we saw four bears, two moose, a dozen deer, beavers, raccoons, and more birds than you can imagine. Also, we made friends with fantastic people. My wife and I are both introverts but there is something about common suffering and shared experiences that bring people together.

What are the Trail Angels?

Another people positive aspect of the Appalachian Trail is the group of non-hikers that support current hikers. They are aptly named Trail Angels and we were blown away by their kindness. Over our six months on the trail, we stayed in several stranger’s homes, ate proffered food (often) out of a stranger’s cooler, and was even given $20 cash to go buy some pizza. In an era where it seems the citizens of the U.S. are all polarized, the trail restored my faith in humanity.

Final notes on the Appalachian Trail 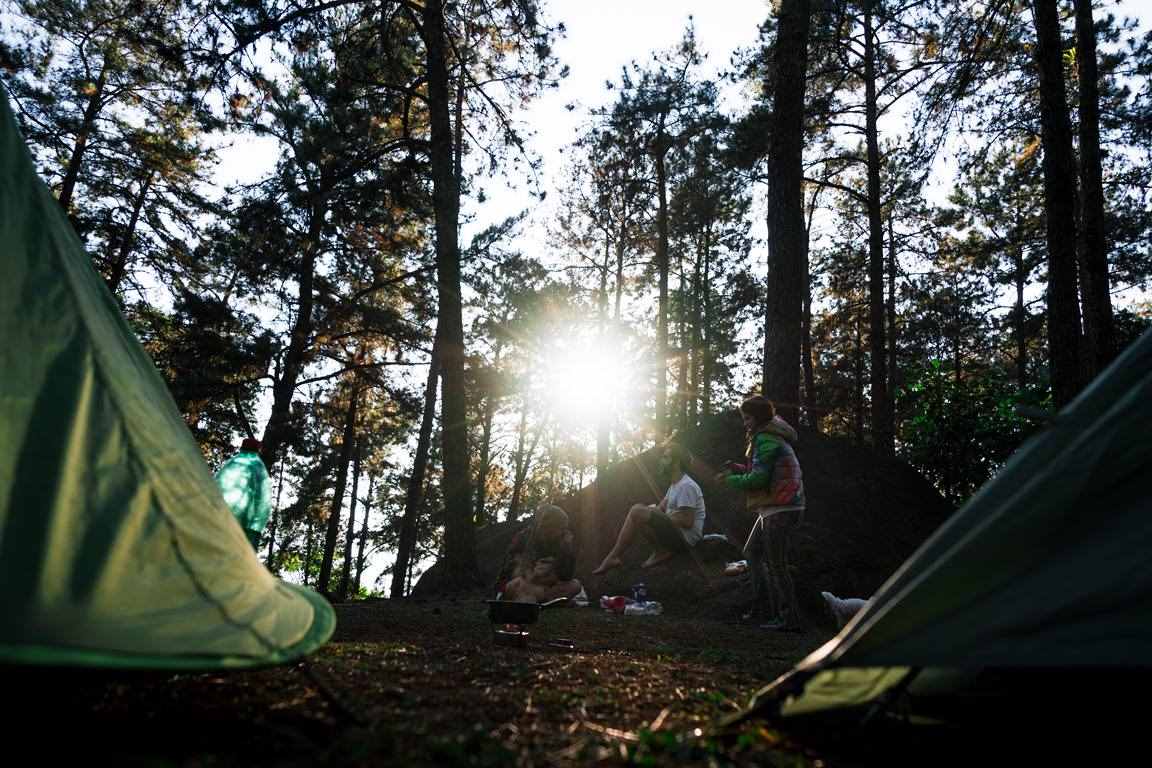 Thru-hiking the Appalachian Trail is the hardest physical or mental thing I have ever done. Completing it has given me a boost of confidence and the sense that I can accomplish anything that I set my mind to. It is the experience of a lifetime.

In addition to hiking and writing, Greg enjoys dreaming up the next adventure and scaring his wife in the process.  You can find him on his blog Chica and Sunsets.

Greg Seymour is a quitter. In 2013 he and his wife Jen left the earn-more, spend-more grind of corporate America to live a more simple yet fulfilling life chockfull with adventures. He is the author of two popular books on Costa Rica and recently co-wrote a book with Jen about thru-hiking the Appalachian Trail. In addition to hiking and writing, Greg enjoys dreaming up the next adventure and scaring his wife in the process.