My mother and father-in-law have friends who are living in Wroclaw, Poland. And so Wroclaw became the first city we visited in Poland; a city my husband and I fell for instantly.

Displaying beautiful architecture, kind people, and a painful history that saw the city fight Nazis and communists given its location between Russia and Germany, Wroclaw is a city to enjoy slowly. Hence although you could probably do most of the things below in just one day, Wroclaw is so quaint you will most likely stay for longer, soaking the Polish culture and enjoying the city and its people.

Without further ado, here’re some of the best Wroclaw tourist attractions you can’t miss.

9 Great Things to Do in Wroclaw This was my favorite thing that we did. We traveled all over the city looking for these adorable gnomes. These gnomes began as an anti-Soviet movement to help peacefully protest against the communists during the 1980s. It all began with Papa Gnome, who stands upon a finger, at the meeting place of the rebels.

There are over 300 dwarfs around the city and maps of where they are available in tourist information offices. They can represent the history of Wroclaw or a nearby business. Honestly, this is the best light show I have ever seen. The Bellagio and Font Magic have nothing on this. It plays video on the water, along with music and lights during the summer months. We were there during the gnome showing, but a few weeks later they were showing other shows such as Beauty and the Beast, Dream, an Independence Day show, and the Four Elements.

Make sure to bring bug spray, even though this was the only place in Wroclaw that it was needed we wish we had brought more. More details on the Hala Stulecia website. This is such a lovely market and is a fun place to shop. I would suggest grabbing a meal, pierogis of course, and some Polish pottery here. It is a fun place to look around and experience the culture of Wroclaw as well.

Closed on Sunday, but open 8:00-18:30 every other day. Bring zlotys, some places do not take credit cards. There are many beautiful churches, but this one has an interesting story. On the south tower of the cathedral, there is a statue head that appears to be screaming. The legend is that this man fell in love with a woman who had a very wealthy father. When he asked her father for her hand in marriage the father refused, because the young man was too poor for his daughter. The young man claimed that he would come back in a year with a fortune.

The young man spent the following year as a thief, thinking this was the quickest way to gain a fortune. When he returned with his fortune the father again denied the young man his daughter’s hand in marriage because the young man’s soul became so black with sin.

The young man became mad and attempted to kill the father and the young woman by burning them alive. Then, he ran to the Cathedral tower to get a good look at their house burning. According to the legend God made the window shrink to where the young man’s head was stuck, people heard his screams and assumed they were from the burning building.

The last thing the young man saw was the young woman and her father being freed from the building he set fire to.

5. Climbing the Cathedral of St. John the Baptist

The inside of the Cathedral is beautiful, but the view of the Wroclaw from the top of the tower is where you want to go. Shorter legs beware. I felt like I was doing lunges going up these stairs because of how tall they are, but the view of Wroclaw is absolutely breathtaking.

Here’s a video of Wroclaw in 4K you should check:

The cost is 10 PLN to into the Cathedral and climb the tower.

7. Monument of Animals for Slaughter

If you are interested in art, art shops are now situated where the slaughter area used to be, they have created these animals as a reminder. Each animal was created by a different artist, they are quite interesting to look at if you have time.

Spending more than a couple of days in Wroclaw? Great! Add a day trip or two to your itinerary. We took a day trip to Auschwitz-Birkenau and Krakow. Auschwitz and Krakow are an hour away from each other. Since we had a vehicle we were able to do this all in one day. This concentration camp doesn’t need much explanation. We spent half a day here, we were the first tour to go through and we did the guided tour. I would definitely suggest this.

Get there early to go through Birkenau without a crowd. The drive is about 2 and a half hours by car, you can rent one or go through a tour group. We spent the afternoon in Krakow, had lunch, and walked around the main square. We also visited Wawel Castle – we did not go inside – but walking around was so much fun.

If you want a scenic day trip or a place to stay between Wroclaw and the Czech Republic, Krakow is a great option. You can get to Krakow in 4 hours from a bus ride or a 3-hour drive in a rental car.

Read more: The Czech Food You Need To Try Now

Eating in Wroclaw is incredibly inexpensive and very tasty. If you’re looking for some authentic Polish food these are some great restaurants in Wroclaw you should try: Kurna Chata is open from 7:00 to 0:00 and only accepts zloty as a form of payment. My husband and father-in-law had the flaming goulash, it was definitely the most exciting dish there. I had polish gnocchi with beef goulash and absolutely loved it.

Nobody was disappointed with their meal. This was one of the more expensive meals at 60 zloty (17 USD) per person.

I love pierogies. Pierogies are a dough dumpling stuffed with meat, cabbage, cheese, etc. Basically, yummy food encased in fried bread, yes, please. You can get 5 pierogies here for about 30 zlotych. Also, make sure to try some Polish beer, I had my first one here and absolutely loved it. Polish ice cream is amazing. I do not know why it is not more well known, but it was much tastier than Berthillon in Paris.

There is an airport in Wroclaw as well as a bus station. We flew in from Paris for only 17 euros per person. From the airport you can take a 30-minute bus ride to the main train station in Wroclaw for 10 zlotych, the bus comes every 20 minutes.

We stayed with our friends, but budget hotels run about 300 zlotych per night (85 USD) and there are a lot of options through Airbnb for 40 USD per night. I would stay as close to the city center as possible to maximize your time here.

Polish, but most people that were in the shops also spoke English. Like most cultures and countries, they did appreciate our efforts to say hello, Dzień dobry, (jane DOH-brih), please, Proszę (PROH-sheh), and thank you, Dziękuję, (jen-KOO-yeh) in Polish.

We took the tram and walked during our trip. The tram is kind of hard to read, but if you have a map of the stops it is much easier. A tram ride is 3 zloty but must be stamped to be validated. If a person gets caught with an invalid ticket the fine is 120 to 150 zloty.

Taxis run 3 zloty per kilometer, but after being burned by taxis in other cities I prefer public transportation to taxis. 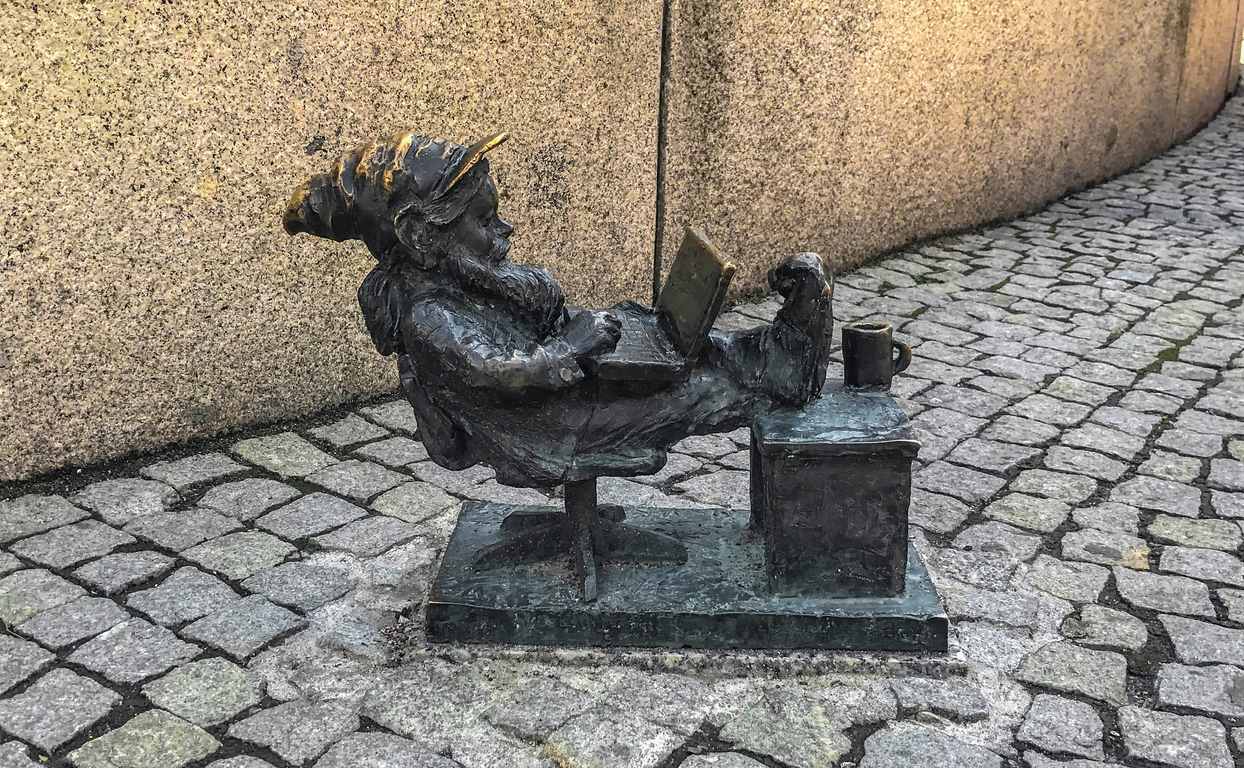 I hope this guide either encourages you to visit Wroclaw or makes your visit simpler! It is truly one of my favorite cities in Europe and cannot wait until I am able to return.

I recently married my best friend and am loving being a wife. When I think about marriage I think about settling down, buying a house, and starting a family. Thankfully, my husband and I both have fernweh : a deep desire to travel. It is probably a little bit more of a passion for me than it is for him, but he encourages me daily to live out this passion. I believe that to travel is to live.