Are you wondering what to see in Northern Ireland in 3 days? From Belfast to the Causeway Coastal Route and Derry, Alexandra Tyson has crafted an itinerary to suit all tastes. Keep reading to uncover ten of the best, most unique, and fun things to do in Northern Ireland you should not miss on your next visit.

Ireland is a well-visited country. I mean, what’s not to love? It has great people, super cities, and perfect countryside. It’s no wonder that more than millions of tourists enjoy Irish hospitality year after year. Over time, as I’ve researched and looked up plenty of sample itineraries to Ireland, I’ve noticed quite a distinct pattern.

Did you ever notice that most of these guides tend to plan their trip going clockwise from Dublin? They include the big stops like Waterford Crystal and the Dingle Peninsula leaving many gems, such as Ireland’s North, aside. From rousing national pride to the wild countryside, the North is truly underrated and has so much to offer the traveler.

Ireland’s northern province is called Ulster. It is divided into nine counties that spread across the Republic of Ireland and Northern Ireland. In times past, this little corner of the world was a bit dicey as Unionists and Nationalists fought over the six counties that make up Northern Ireland. This, in part, created that southerly flow out of Dublin.

The good news is that times have slowly changed and tourism takes precedence over “The Troubles” these days. But, make no mistake, the feelings of national pride are still very obvious to those in the know.

So, fellow-traveling rebels, let’s mix things up and go on a counterclockwise road trip around the Emerald Isle! The plane has touched down in early morning Dublin and you’re headed to the train station to hop on the 10:30 northbound for Belfast.

1. Catch A Black Taxi Cab And Understand The Peace Wall 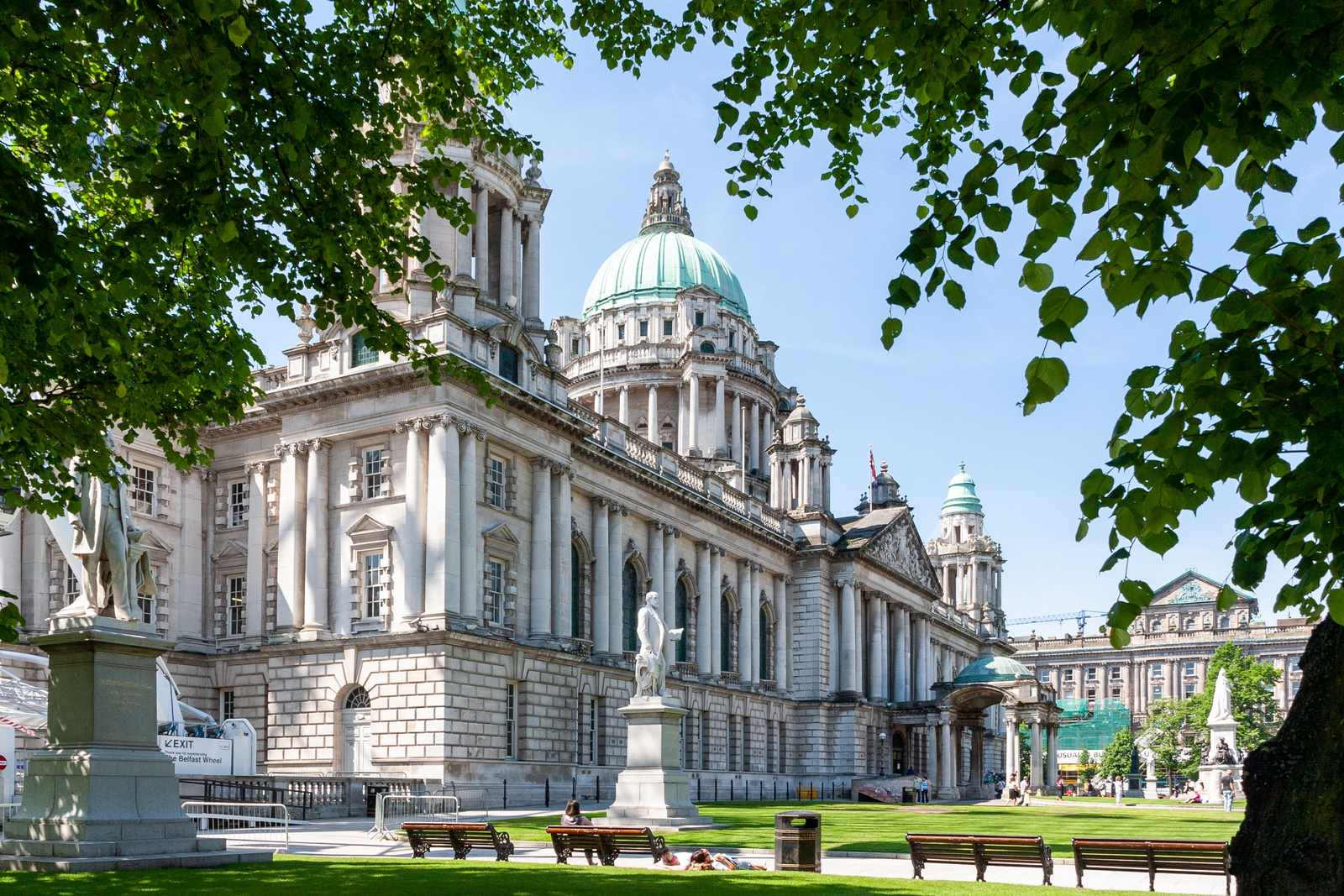 To truly understand why Northern Ireland is not the top stop on Ireland’s tourist route, you’ve got to understand those Troubles. There is no better way to do that then to take a Black Taxi Cab Tour. With drivers named Paddy and Geordy, a tour will guide you through the issues that had residents all over the island taking sides on whether to become part of the Republic (the nationalists) or remain a territory of Great Britain (the unionists).

Simply arrange to be picked up right at the main train station. The driver’s first stop is the line of murals on Falls Road, where the Nationalists’ headquarters memorialize their martyrs. Continuing on, make a stop at Milltown Cemetery as the driver continues to narrate the story of this very recent history. 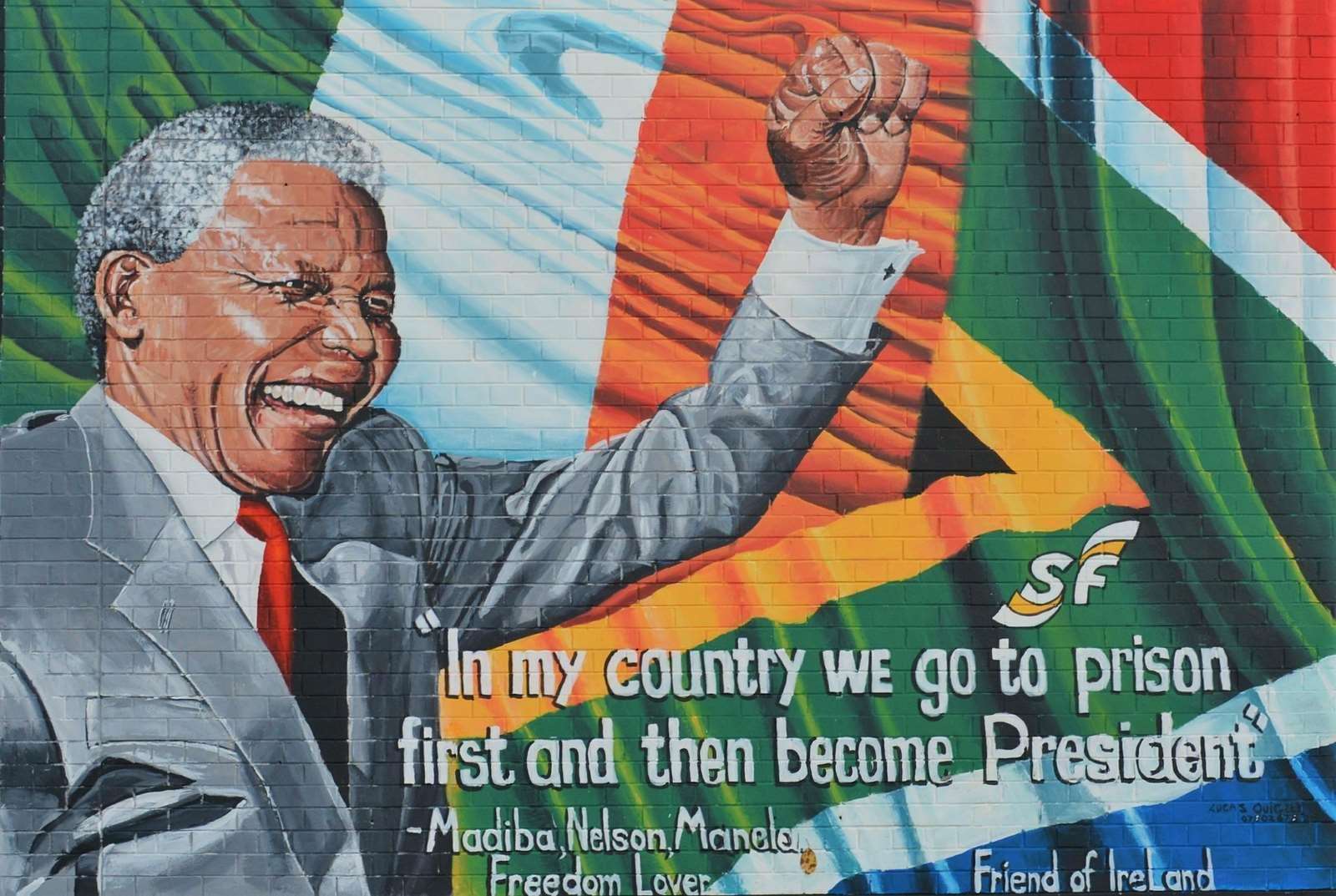 The next stop is at the Peace Wall, which separates neighborhoods to keep the peace. On the other side of the wall is the unionist area of Shankill Road. Taking a Black Taxi Cab Tour can feel a bit jarring but, just like any other piece of history, you are better for knowing it. 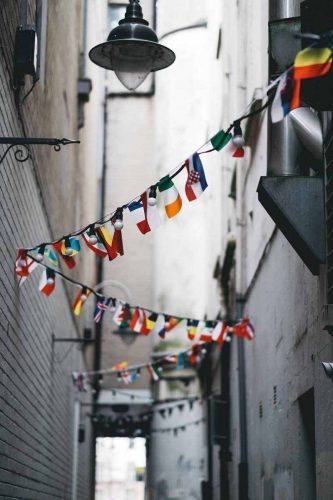 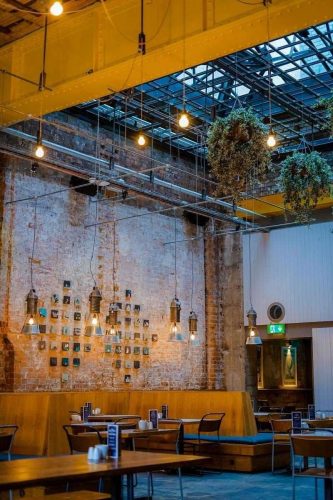 Ireland’s reputation for bland food is a long-ago myth. These days, restaurants and pubs alike are interested in providing great food with even better service. One particular dish that is worth the try is boxty. This take on the classic potato pancake is distinctly from Ulster. What makes boxty so very good is not only the quintessentially Irish potato but the variety of available toppings. Try anything from rump steak in gravy to mushroom and leeks in cream.

Belfast holds quite a lot of establishments with boxty on the menu. I suggest McHugh’s with tons of ambiance on Queens Square or Holohan’s for a quick meal on University Road to get the best boxty in town.

3. Envision The Titanic At Her Birthplace 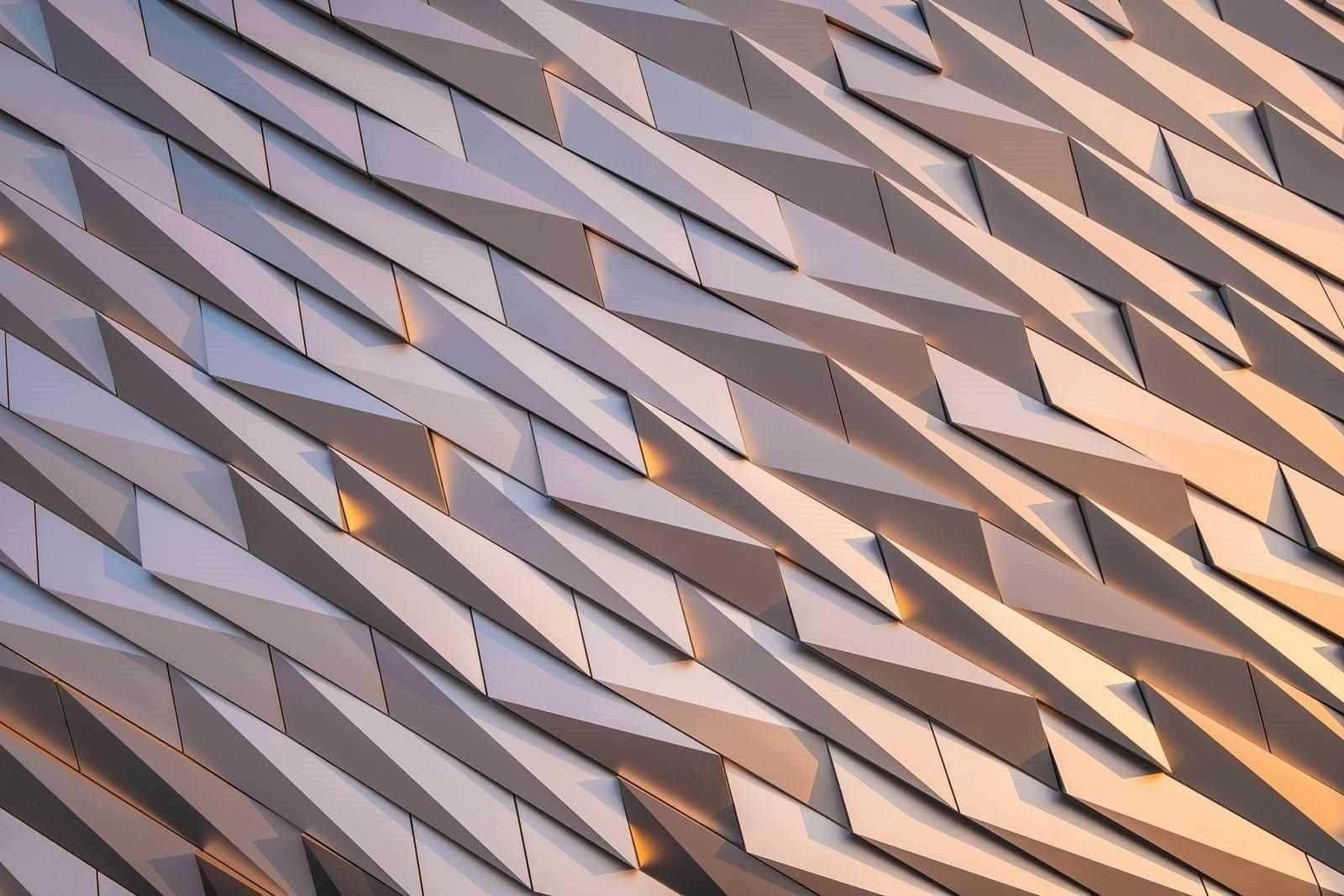 Down at the old docklands, check out a little maritime history. As you pull in to the Belfast docks, the huge Samson and Goliath cranes loom overhead as remnants of this long ago moment in history. It is here, in the dry dock, that The White Star Line built the unsinkable Titanic.

Small compared to modern cruise liners, The Titanic is now remembered with a state of the art museum that chronicles not only the ship but the state of Belfast during the build. This take on the early 20th century continues to explain the roots of restlessness that enveloped the North over the years.

While you’re here, it’s a perfect time to pick up a rental at the airport to continue your counter-clockwise tour. 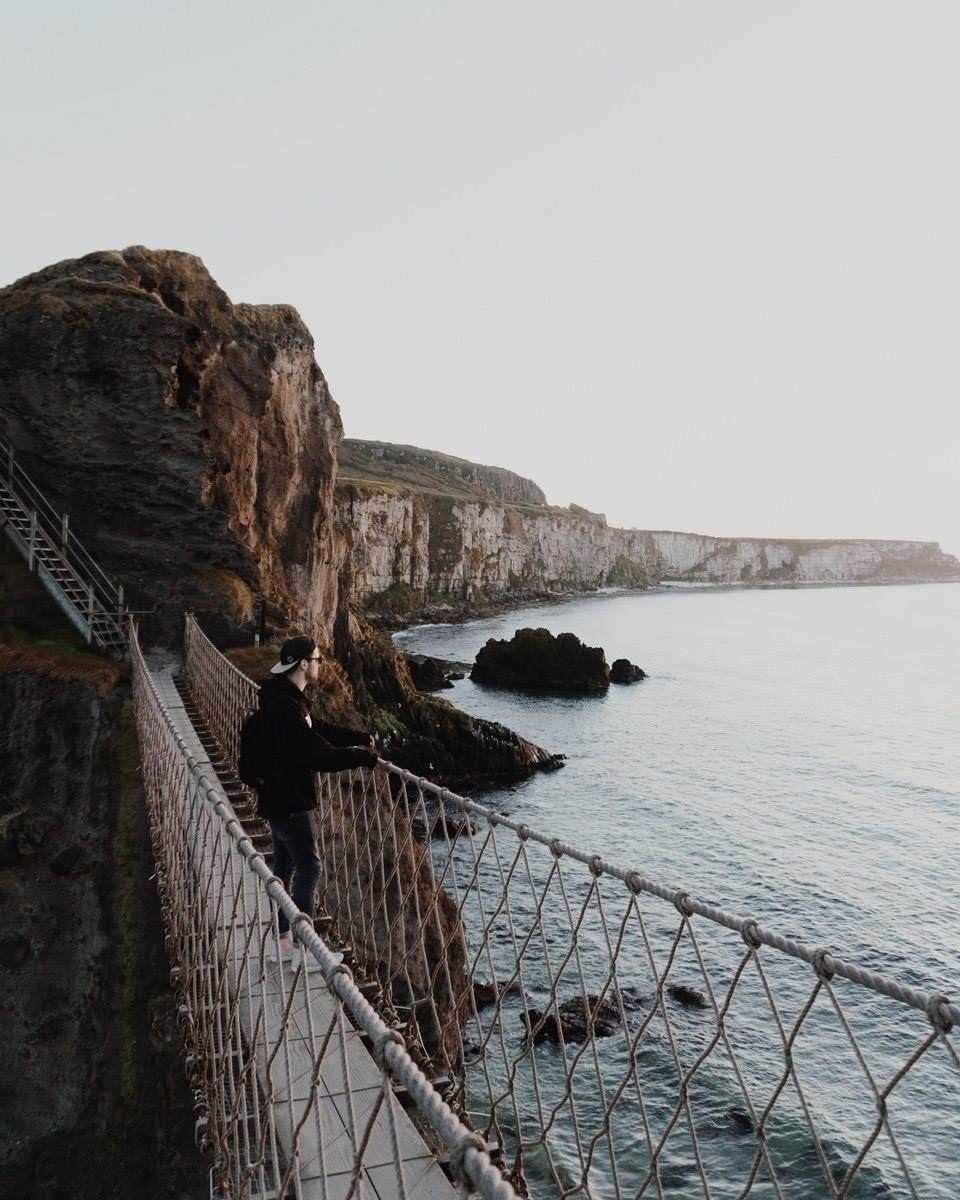 If you enjoy teetering over the rocks and waves that sit about 100 feet below, then this is for you! Heading north out of Belfast, through County Antrim, brings you out to the coast. There, a peculiar little stop allows you to test your inner circus skills as you cross the shaky ropes from the mainland to a rocky outcropping.

So, what’s the deal? Why does the bridge exist? Well, every year in years past, this bridge was strewn across this particular gap so that fishers could lower nets during the salmon run. The catch was so plentiful that it outweighed the danger of the bridge. Today, the bridge is a permanent fixture that just carries daring tourists over that gap in memorial to the great history of the fishing past.

On the small outcropping, you’ll find a bit of room to look around and maybe see some of the residents: puffins! These cold-weather birds are particularly pleased with this perch and use the cliffs as prime beachfront real estate for their nests.

5. Climb With The Giants At Giant’s Causeway 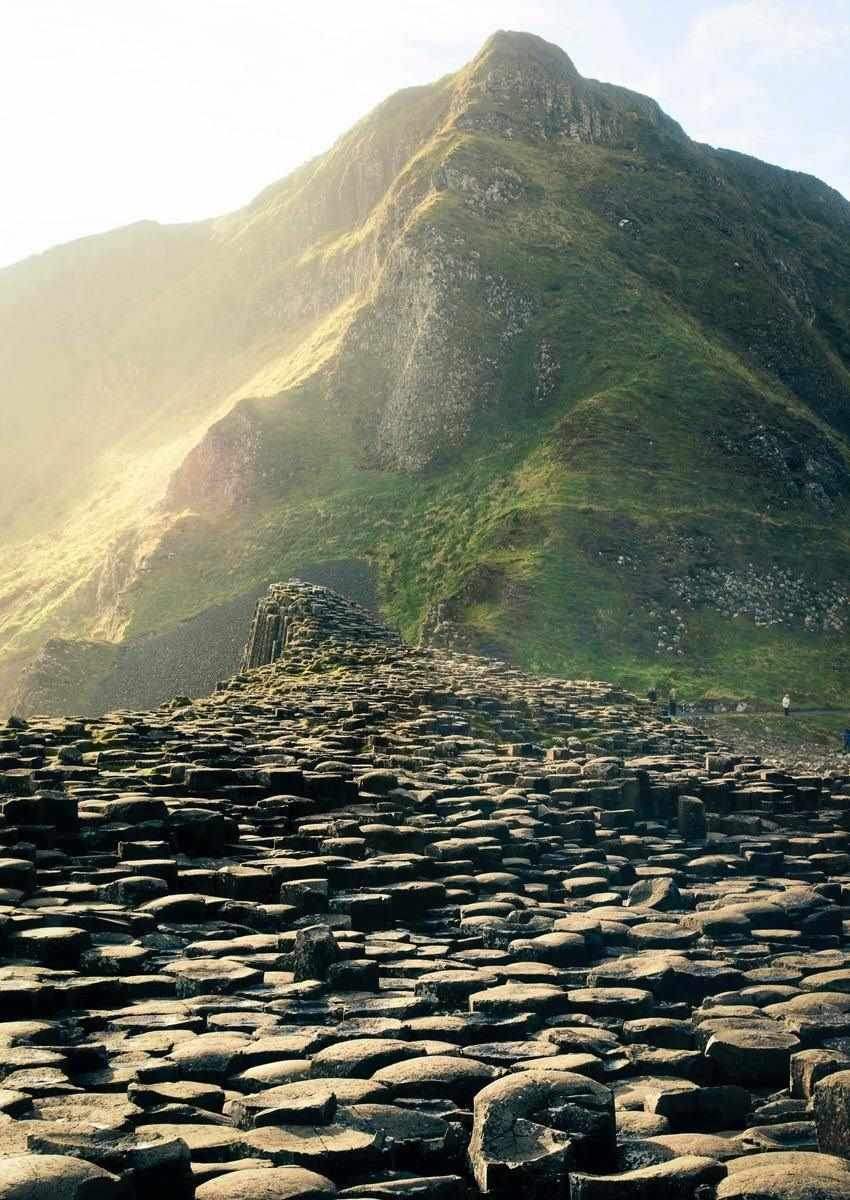 Iconic? Yes. And for an excellent reason. This geological wonder that crowns the Emerald Isle spills into the sea like stair steps. Hitting the causeway in good weather will improve your visit, especially if you choose to walk down the path to the beachfront. Many people attribute causeway’s formation to a shift in the Earth’s crust and to some sort of volcanic activity. I say no way!

While walking over the rocks, recall the real story, told in true Irish style. There once was a giant in Scotland who was feared near and far. He boasted that he was the best of the land. To prove this, he started throwing spears made of rock into the sea to create a walkway to Ireland where the giant Finn McCool resided. Rock after rock thundered into the ground; poor Finn quaked in his shoes. But Finn’s clever wife Oona had a plan.

She dressed her deary in baby clothes and patiently waited for the Scot. When he came to their cottage, he demanded that Finn meet his challenge. But Oona quietly said that her husband was not home and she’d appreciate it if he’d keep his voice down as her wee baby was sleeping. The giant Scot took one look at the tiny baby and realized that the father must be ten times as big! Scared for his life, the Scot ran back, picking up the rocks he’d laid before Finn could lay a hand on him. He ran so fast that he missed quite a few, and that’s what you see today! Now, isn’t that a better reason for the rocks than a volcano?

6. Walk The Murals In Derry 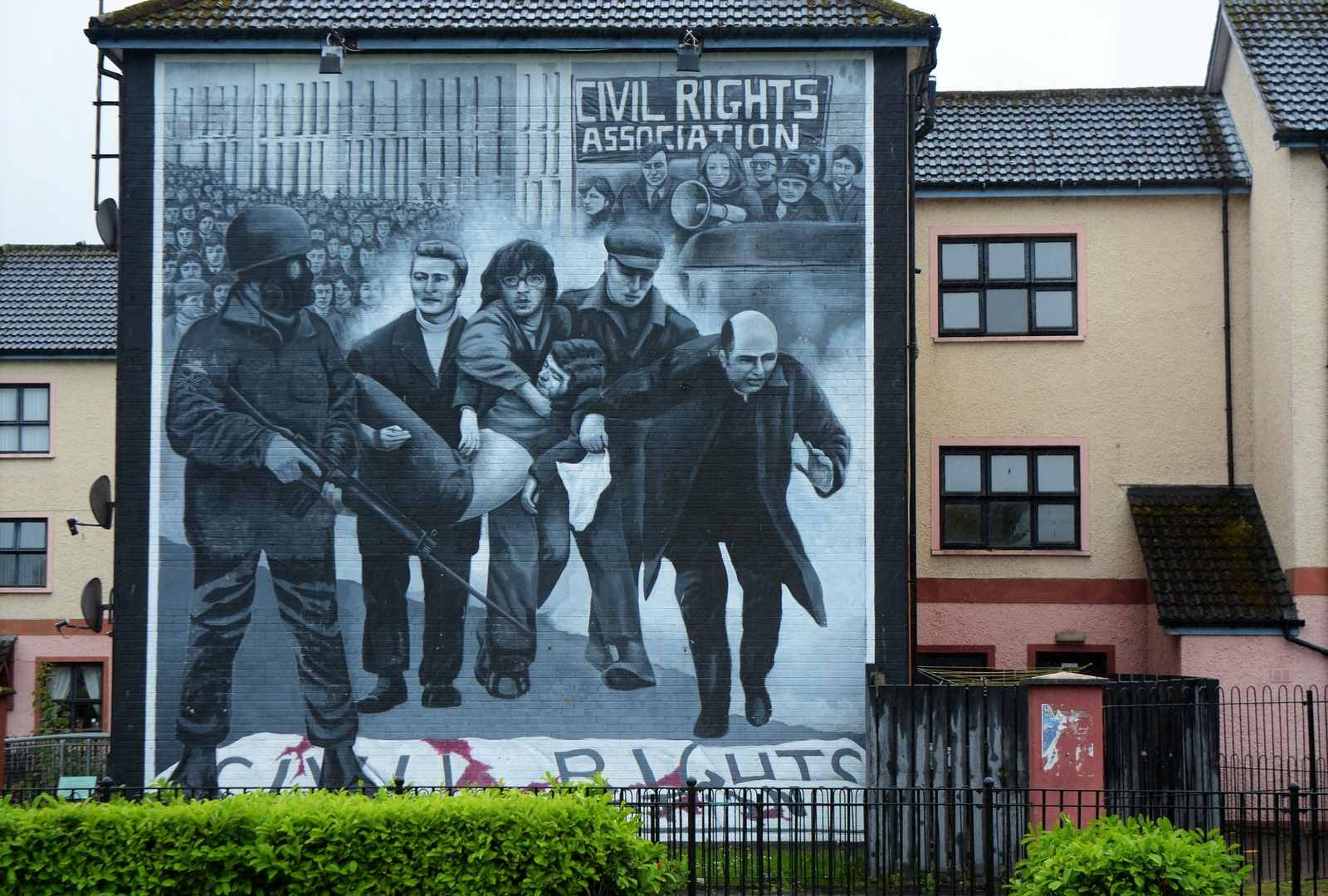 Derry to some, Londonderry for others, this city holds a unique history as it straddles the national border. Second only to Belfast during the troubles, Derry’s unique location made it a hotspot for uprisings, and the city takes great pains to memorialize its history. Of all the many things to see, the fantastic murals of Derry are, by far, at the top of the list. Each of the 12 paintings tells part of the story of what happened on the very streets that you walk.

I highly suggest hiring a local guide to walk through the area so that you can get an authentic narrative of Derry’s take on The Troubles. Unlike Belfast’s chaotic array of murals, Derry seems quite orderly and follows the story of what happened. One of my biggest takeaways from both Belfast and Derry is how art played such an essential role in expressing grief and pain during such difficulties. The tour usually ends at The Bogside Inn. This pub holds quite the museum of photos on its walls and goes well with a nice pint as we reflect on the day.

7. Have A Pint And Enjoy The Music And Craic At The Local Pub 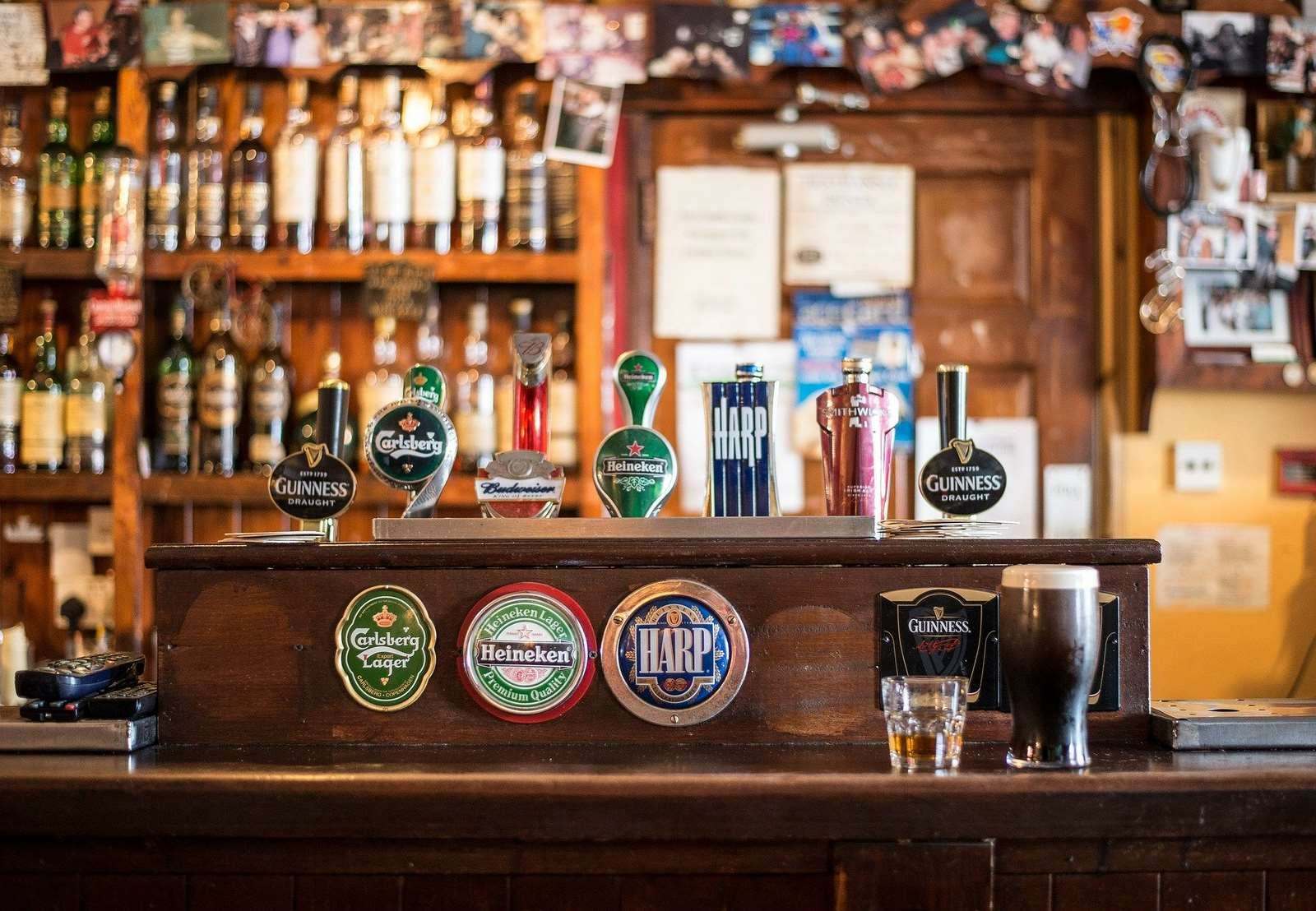 What would Ireland be without its pub scene? The charm of the public house has stood the test of time here in Ireland. With a perfect Guinness pour and a few musicians in the corner, sit back and drink the whole scene in. This is modern, day to day Ireland. In fact, the government encourages these traditional arts and rewards those who keep them alive. 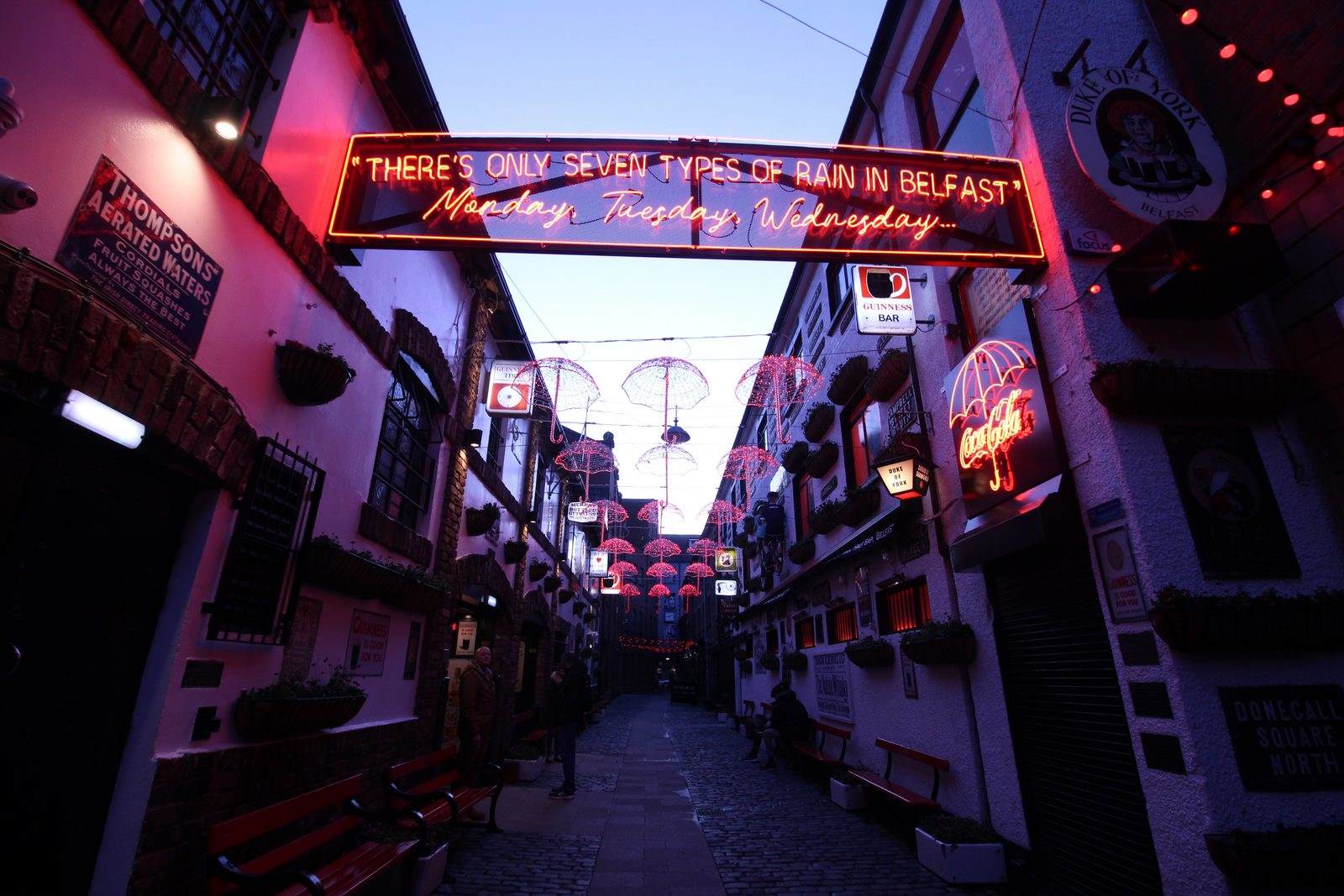 One note about pubs, if the pub is not a gastro-pub with a menu, one orders at the bar. If you sit at a table, it is a signal that you don’t want to chat. But, if you hang out at the bar, you are indicating that you are looking to be part of the conversation. Additionally, in Northern Ireland, be sure to get a feel for the political leaning of a pub. In other words, don’t ask them to play “Wild Colonial Boy” in Unionist digs.

8. Cheer On The Local Team At A Gaelic Football Match 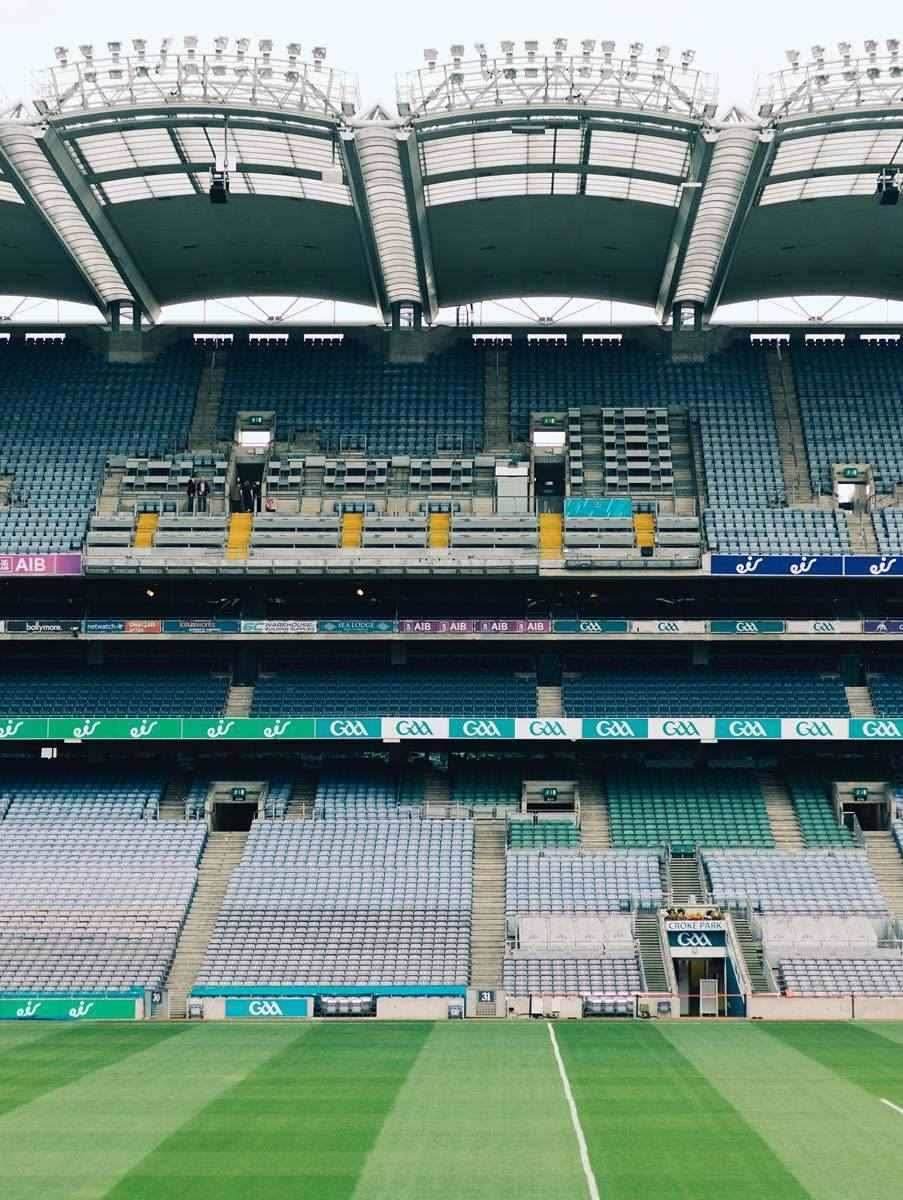 While you are at the pub, don’t forget to ask around for when the next football match is. Gaelic football is a big deal and a source of hometown pride for so many. Find out where the next game will be and simply choose a side. Buy a Harry Potterish scarf with the team colors and join in the cheering. Someone will do their best to attempt to explain the game but that’s not as important as soaking up the moment.

9. Horseback Riding On The Beach In Donegal 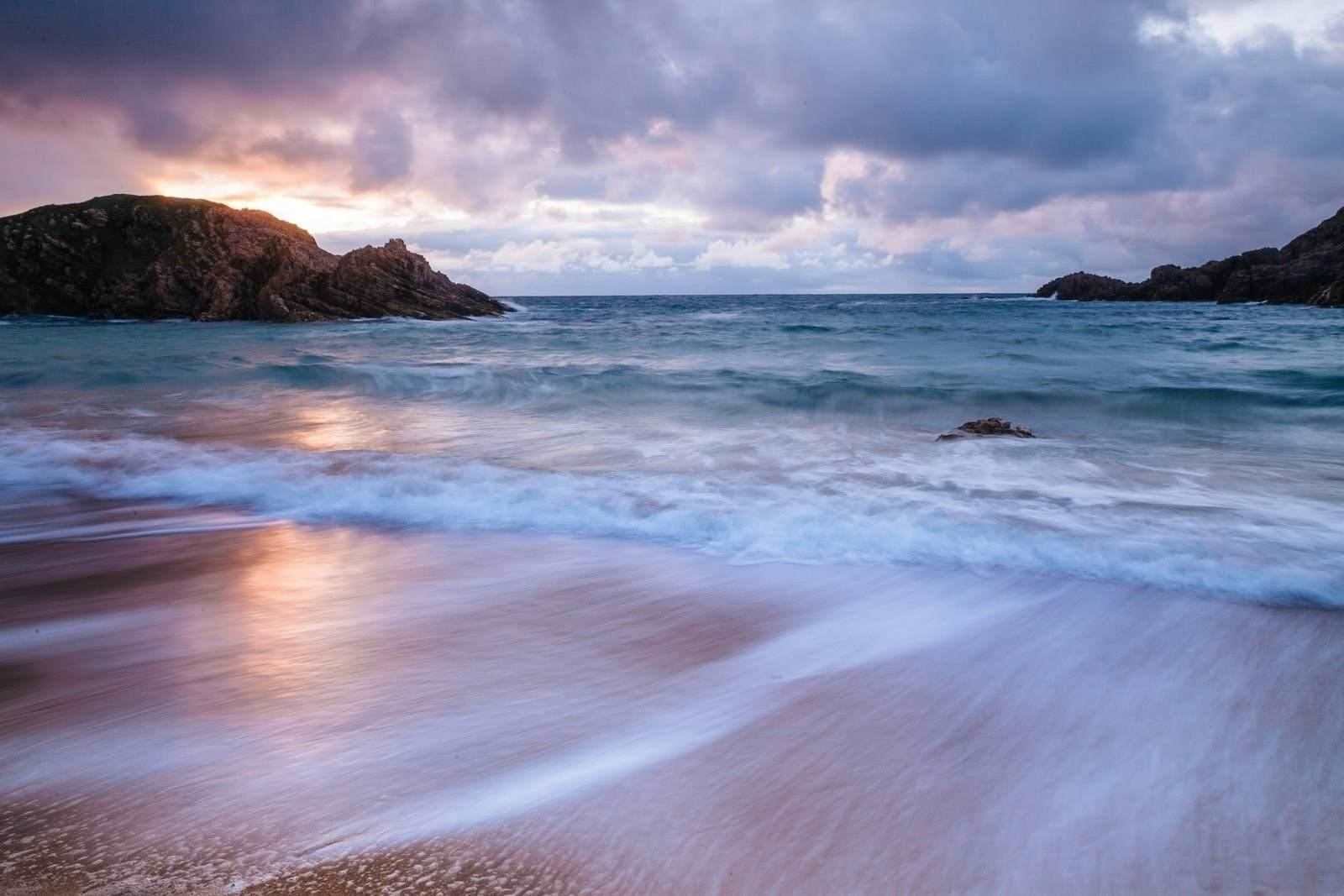 The Wild Atlantic Way winds itself up the western coast of the Island and ends in Donegal. Here, you can find pristine beaches that house some of the best surfing waves around. Donegal’s extensive beaches are also a fantastic location to horseback ride through one of the many stables in the area. The four steady feet under you will undoubtedly bring you safely through the dunes and out for some of the best views the Atlantic has to offer.

10. Take The Ferry To Scotland 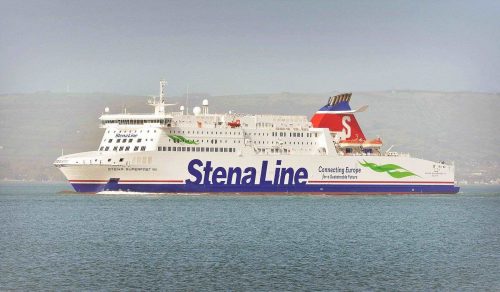 Circle back from 9 o’clock to 3 o’clock and trade in your rental for a ticket on a ferry.

If there were a time to link your Irish travels to your Scottish dreams, Belfast is the place to do it. Just down from the Titanic Experience is the Stena Line Ferry.

In a quick 2 ½ hours, the MS Stena Superfast VIII Belfast to Cairnryan will deliver you to Scotland’s doorstep so you can continue your Gaelic adventure. Ireland holds a permanent place on the bucket list of travel for good reason: it’s fun! Whether you go north or south, Erin’s green shores are ripe with moments of joy. They are just waiting for the knowledgeable traveler to pick them.

If you are interested in continuing your trip through Ireland down the western coast, Ireland’s Wild Atlantic Way could be a great choice.

Born in the New York City area, Alexandra Tyson grew up moving around the country as her parents followed their dreams. After an early-life career in the US Navy, over 15 years in the classroom, and tons of frequent flier miles; the mom of three Alexandra is wearing lots of hats these days. In addition to teaching and traveling, she runs Travel TGC, and you can find her helping fellow travelers as a travel coach, storyteller, and speaker. Follow her on Instagram. 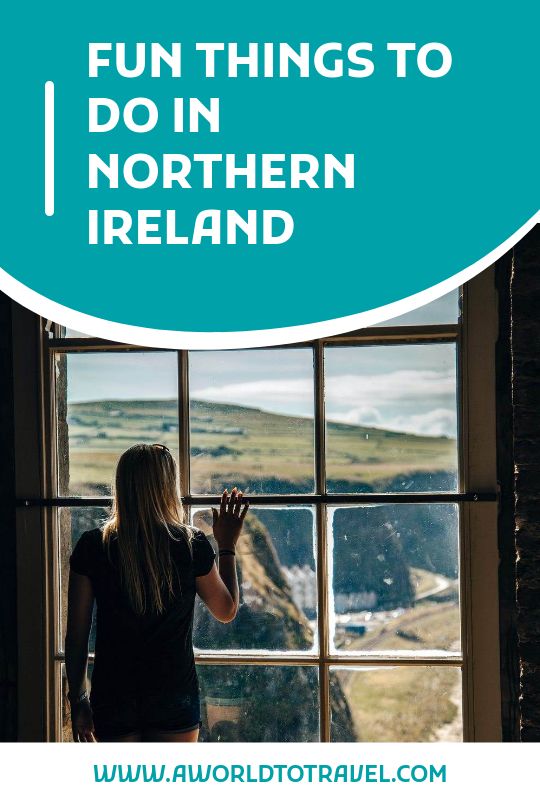