Top 10 Things To Do In Delhi With Kids

Delhi, the capital city of India, can be a mysterious maze for first-time visitors, given its rich and intriguing contradictions. It is a city where history, culture, science, food, and arts all merge into a bewildering and intricate mosaic which is really fascinating. Delhi traces its origins to as early as the 6th century and is one of the oldest continuously inhabited cities in the World. Delhi is also the epicenter and power center of Indian polity and a sprawling metropolis. But Delhi in many ways is a complete infotainment package for kids and families alike. There is a wide range of must-see places in Delhi and do which promise a fun-filled experience tinged with doses of education for the entire family. Here are the top 10 things to do in Delhi with kids arranged in random order. 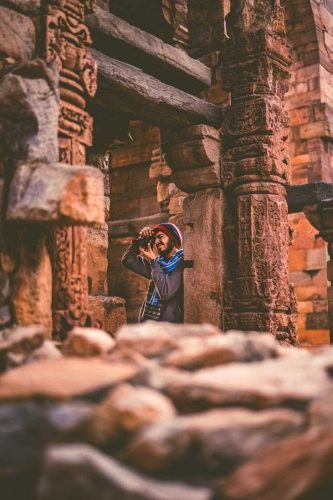 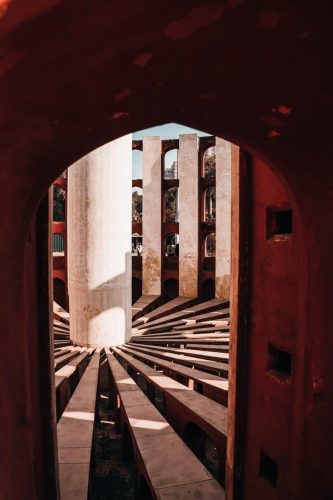 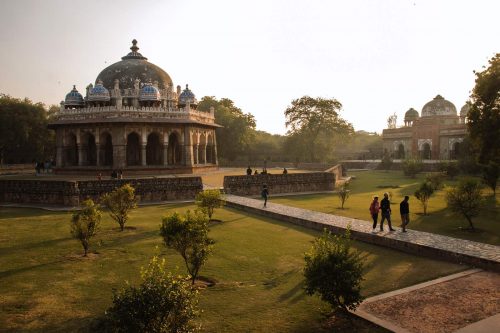 A tool that could tell you what time it is in any part of the world! No big deal, one may feel as you can check that out in Google, your Outlook clock or any app. But what if the tool that we are talking about was constructed way back in history during the period 1751-1768!

Indulge in a romance with trains at the National Rail Museum

Trains always hold a special fascination for young and old. Kids especially seem attracted trains, be it the spectacle of a railway engine meandering over its tracks, spewing smoke or that of a bullet train whizzing past at supersonic speeds.

The National Rail Museum is the place to indulge in all your train fantasies as you view the heritage of trains in India dating back to the days of the British Raj. A toy train ride is sure to keep the kids enthralled.

Some of the notable exhibits in the museum include Luxurious Saloons built for the Indian and British Royalty, a fireless steam locomotive, a monorail that was built as long back as 1907, and many more that are guaranteed to draw a gasp of awe from visitors.

Give wings to your dreams at the Kingdom of Dreams

A complete entertainment experience is what you are in for as you enter and lose yourself in the Kingdom of Dreams. This is a live entertainment, amusement, leisure, and theatre destination. Rocking musicals that bring alive the best of Bollywood, live culture and exhibits that showcase the very best of the diverse cultures of India, eateries that bring to a single table the culinary wonders from the length and breadth of India. The Kingdom of Dreams is just that, a place that unlocks your dreams and lets you indulge your senses.

Related read: Best Places To Visit In Rajasthan In 7 Days

Science is the power that has fueled the evolution of Man, Early Man must have been smitten with curiosity about things he found around him and this curiosity gradually developed into a method of exploration, discovery, and invention which we now know as Science.

The National Science Centre brings Science in an amusing manner to visitors, avoiding its complexities and making it simple to understand for children. The exhibition galleries start from one dedicated to Science in Indian history that dates back over 4500 years to a gallery that is dedicated to Nuclear Power.

The little ones will be fascinated by the wonders of science and the way the facts are presented in a fun way, for example, Nuclear experts materialize as holograms magically in front of you and answer your questions at the Hall of Nuclear Power. A visit to the National Science Centre is sure to leave one enlightened and thoughtful.

Most of us have had a fascination for wheels right from childhood, starting with small toys to bicycle tires and then culminating in fast cars. The Heritage Transport Museum traces the evolution of transport from the time Man invented the wheel and then harnessed it to animals for transport to the time he took off in the air on fast jets.

The museum has sections dedicated to different means of transport from trains to cars and boats to planes. A great place to lose oneself in the history and evolution of wheels.

Dolls have always fascinated kids, though boys may refer to them as a Girl thing, there is no denying their own interest. The Shankar’s International Doll Museum has a collection of dolls from across the country and includes a replica of the Dolls of the Queen’s Collection from the UK. There are also dolls from across India dressed in their traditional wear.

Give the kids a free rein at Bal Bhavan

Let them go amok at the Bal Bhavan, a treasure trove of fun and frolic for the family. A toy train, a hall of mirrors that will reflect your images in weird shapes are guaranteed to make you laugh, an aquarium, and much more.

Kids can also indulge in painting, aero-modeling, carpentry and other activities that are organized on a regular basis.

Get lost amongst the twinkling stars at Nehru Planetarium

Is there a person who has not stared at the twinkling stars and the moon in the dark of night and fantasized about outer space and the celestial bodies out there? The Nehru Planetarium opens up the frontiers of outer space through some scintillating shows that take you on a trajectory beyond the Milky Way into the hypnotic world of meteors, pulsars, and supernova. An experience that will leave you stunned and asking for more.

Be Mesmerized by grandeur and technology at Akshardham

A unique spiritual and cultural complex, Akshardham is a must-visit place for families because of the unique use of technology to simulate some really wonderful experiences. The use of robotics, IMAX, and other special effects make the visit to Akshardham a memorable affair. A boat ride that takes you on a cruise that parades 1,000 years of history and culture is another highlight of the visit.

Learn about the Iconic Qutub Minar

Qutub Minar is an enduring icon of Delhi. Any visit to the city would be incomplete without a trip here. The historical monument renders itself for fun photographs. Kids would also like to jump and run around the vast grounds in which this monument stands. All in all, the place makes for a nice evening outing with kids. 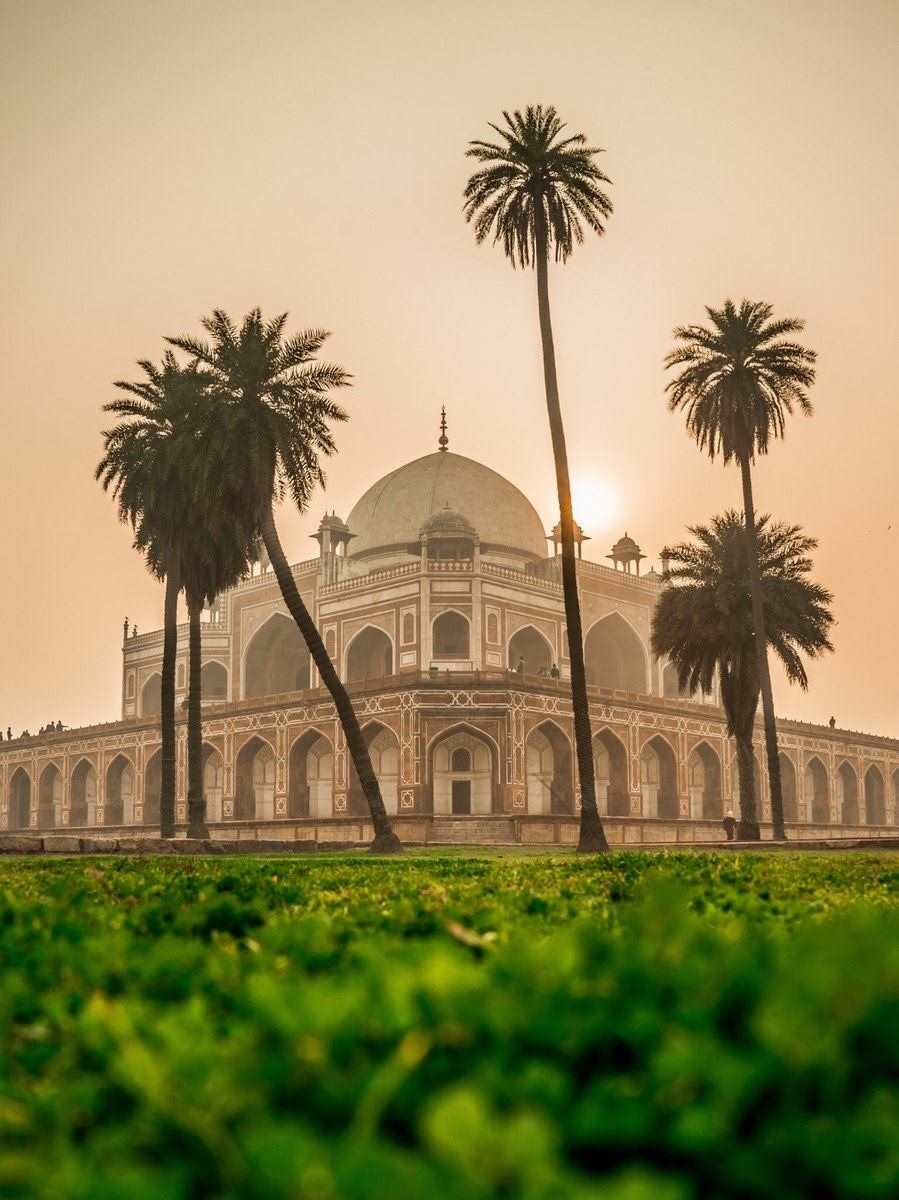 There are many historical places in Delhi like India Gate, Red Fort, Humayun’s Tomb, etc. which hold interesting stories from the past and make for a great experience. And this city is a great place to head to with kids and family in tow if you are looking for some wholesome fun-filled with entertainment, education, adventure, and excitement.

Do you know of any other tourist places in Delhi for kids? Leave a comment. 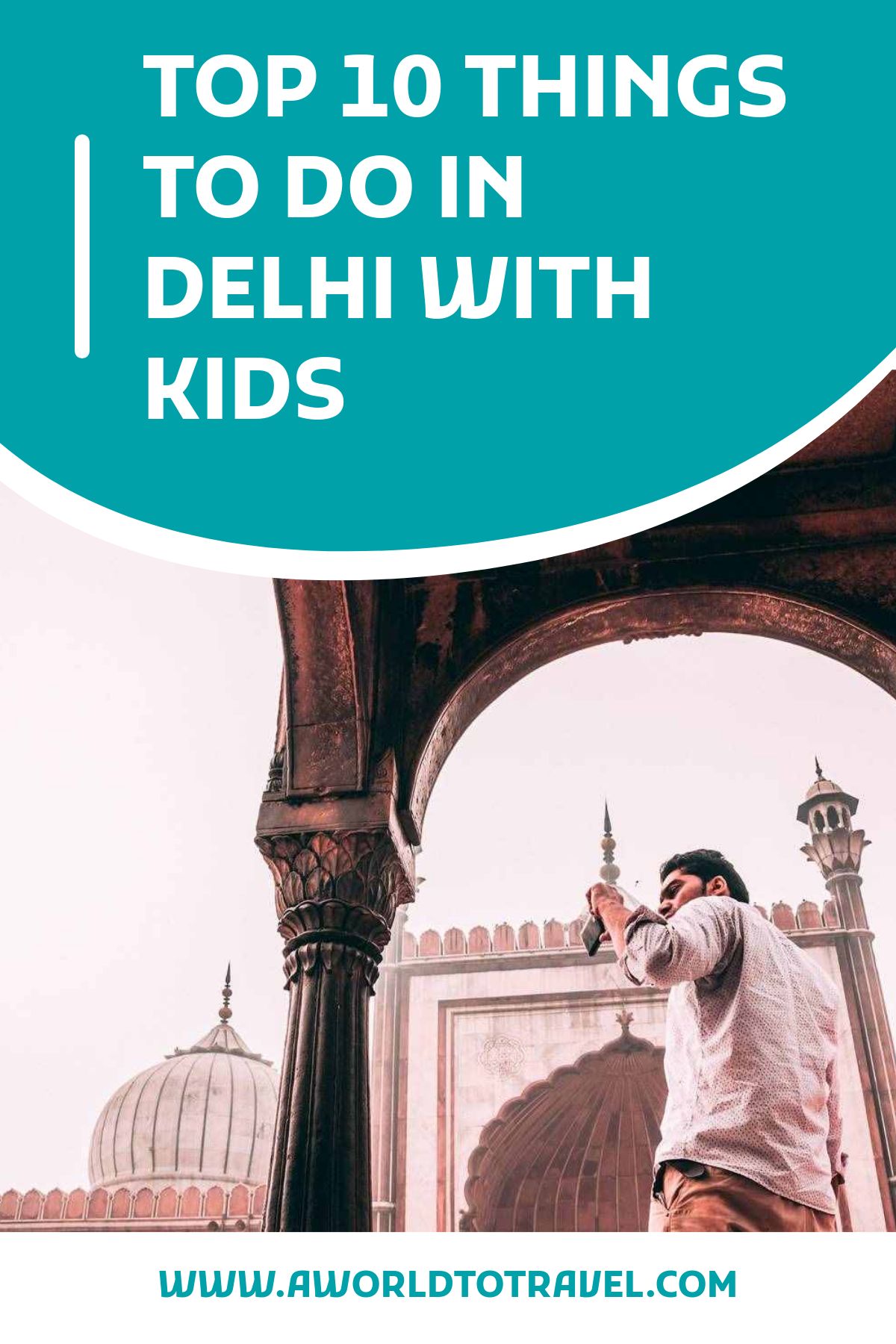 We are Sandy and Vyjay, a travel blogger couple. We chucked our corporate careers which were getting too predictable and monotonous to embark full time into traveling and travel blogging.