9 Must-Have Experiences and Things to Do in Athens

This is your ultimate guide to the most iconic and unique ways to experience Athens! There are so many things to do in Athens that planning a trip can be overwhelming. Between the numerous archeological sites and seemingly endless museums, you’ve got to be wondering where to start. Beyond the basic tourist attractions, this guide will help you plan engaging experiences that you’ll remember forever!

Greece is a European destination on everyone’s bucket list! Everyone’s talking about the islands, from Mykonos to Santorini, Naxos, and beyond. Athens is widely underrated, and it’s absolutely worth a visit!

Athens is worth a visit because it’s a budget-friendly European city with much to offer! The cost of food and accommodations in Athens is much lower than in many other European capital cities like Paris or Amsterdam. Compared to the Greek islands, like Santorini, your euro will stretch a lot further in Athens.

Athens boasts a comfortable Mediterranean climate with hot summers, pleasantly warm spring and autumn weather, and mild winters. The busiest months for tourism are June through August, so you may save some money and avoid the crowds if you visit in May or September.

A lover of history or art will never get bored in Athens. The city is a treasure trove of ancient wonders. There are so many interesting archeological sites, museums, and monuments. Athens is a foodie’s dream with many wholesome and healthy traditional options, as well as locally sourced wines to enjoy.

Most tourists get to Athens by air. The Athens international airport is less than a 30-minute drive from the city center. Once you get into town, you won’t need a car. The city is walkable if you like exploring on foot! In this case, it is best to stay near the city center. Although, you may consider renting a car for a day or two, so you can visit a few exceptional sites just outside the city (more on this). For easy navigation to all the top attractions, save this Athens Tourist Map to use offline.

These are the experiences you must have while in Athens! Including some educational, culinary, and active adventures. You’ll learn, you’ll eat, you’ll drink, and you’ll have the most fun!

You’ll get a chance to try Greek food during your visit to Athens. However, the best way to experience Greek food and learn more about Greek cuisine is to participate in a cooking class. 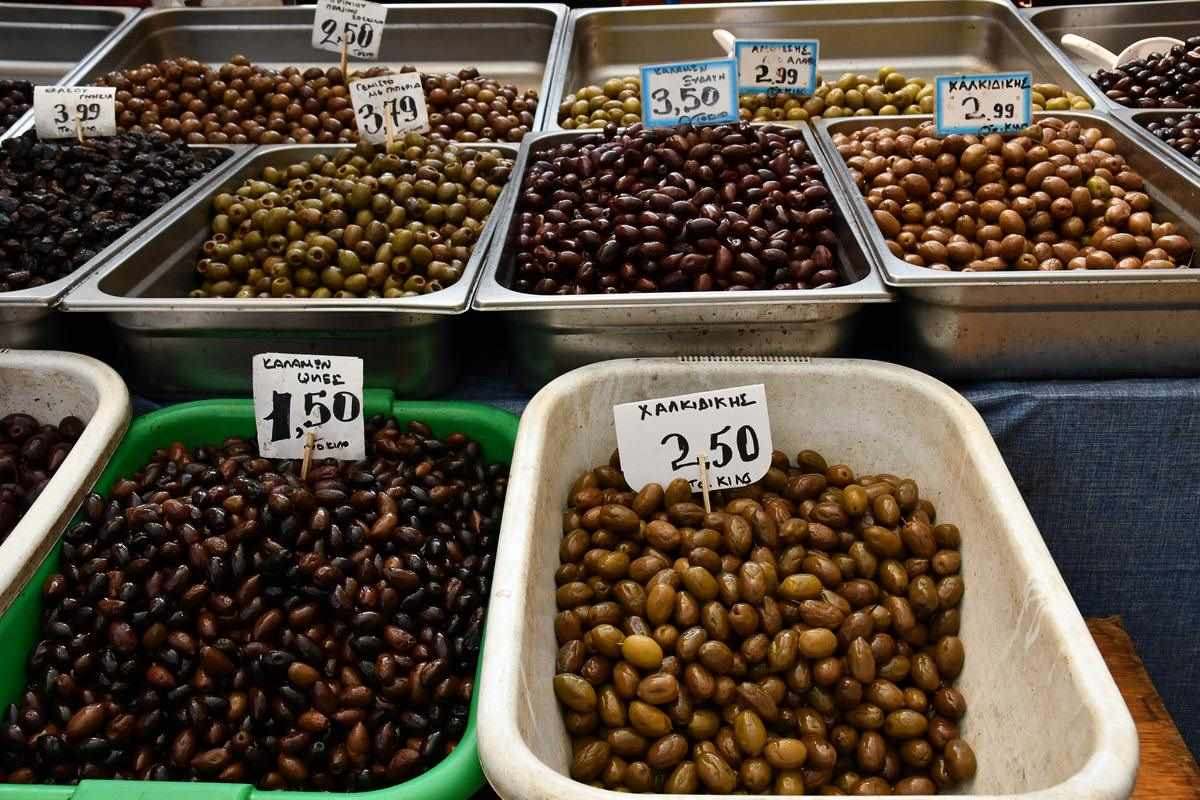 There are several excellent kitchens in Athens offering cooking classes for tourists in English. Many classes feature a visit and tour of the local fresh food market. One option is the Greek Kitchen. During the class, you’ll have a hands-on opportunity to make Greek food, one of the most acclaimed cuisines in the world.

2. Climb to the top of Mt Lycabettus 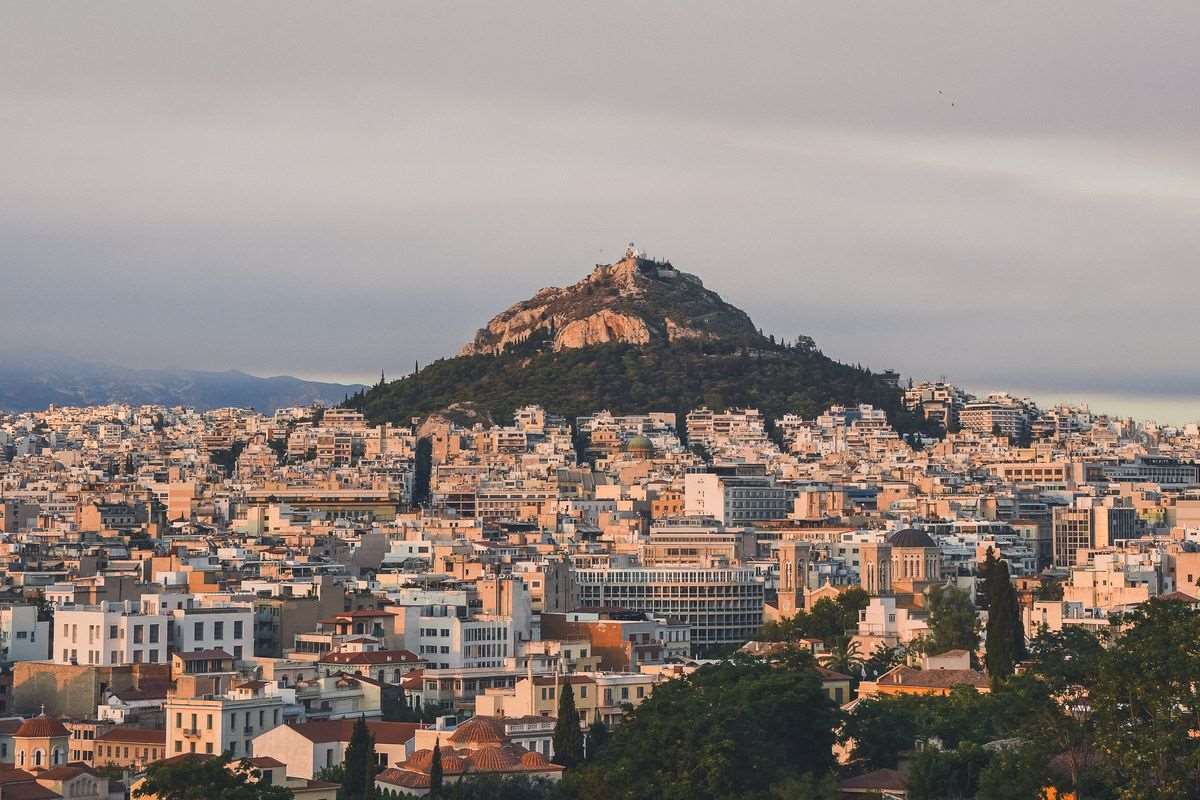 Mount Lycabettus offers a fun hiking opportunity. Lycabettus hill is the highest point in Athens. It is one of the most stunning places in the city, known for the best panoramic views around. In Greek Mythology, the hill was created by Athena, the goddess of wisdom. Legend has it that Athena was carrying limestone intended for the Acropolis when she was started by bad news delivered by a raven. The name comes from the Greek word, ‘lycos’ meaning wolf.

If you are feeling adventurous, you can climb to the top of Mt Lycabettus. It’s a steep climb, but the views are worth it! It takes most people 30-90 minutes to climb to the top. However, you can also get to the top by taxi or areal tram.

At the top of Mt Lycabettus, you’ll find the 19th Century Church of St. George. The facade of the church features the classic whitewashed cubic design. The church was built on top of a site that formerly housed a temple dedicated to Apollo. Stumble inside and discover gorgeous art and religious iconography.

At the top of Mt Lycabettus, you’ll also find a romantic restaurant with awe-inspiring 360° views. There’s also a more relaxed cafe, Cafe Lycabettus, and a rooftop bar, Skybar. Have a coffee or cocktail at Mt Lycabettus to complete your unforgettable experience.

Gyros are one of the most classic Greek staples. If you aren’t a vegetarian, you must try it! A gyros dish typically consists of meat with pita and tzatziki. It is often garnished with tomato and onion. Tzatziki is a spread made with yogurt, cucumber, lemon, dill, and mint.

Gyros meat is cooked via a rotisserie, and you can choose between pork or chicken. Sometimes, it can be made with lamb or beef. The practice of grilling stacked meat and slicing it off was introduced in Athens by Middle Eastern immigrants in the 19th Century. The hallmark of the Greek variation of this meat preparation was the use of pork and the combination with tzatziki.

You’ll find gyros on the menu at many local restaurants. Great casual places to try a gyros wrap include Tylixto Greek Wrap and O Thanasis. Other recommended restaurants that serve gyros include Arcadia Restaurant and Efcharis restaurant.

4. Take a Day Trip to Delphi 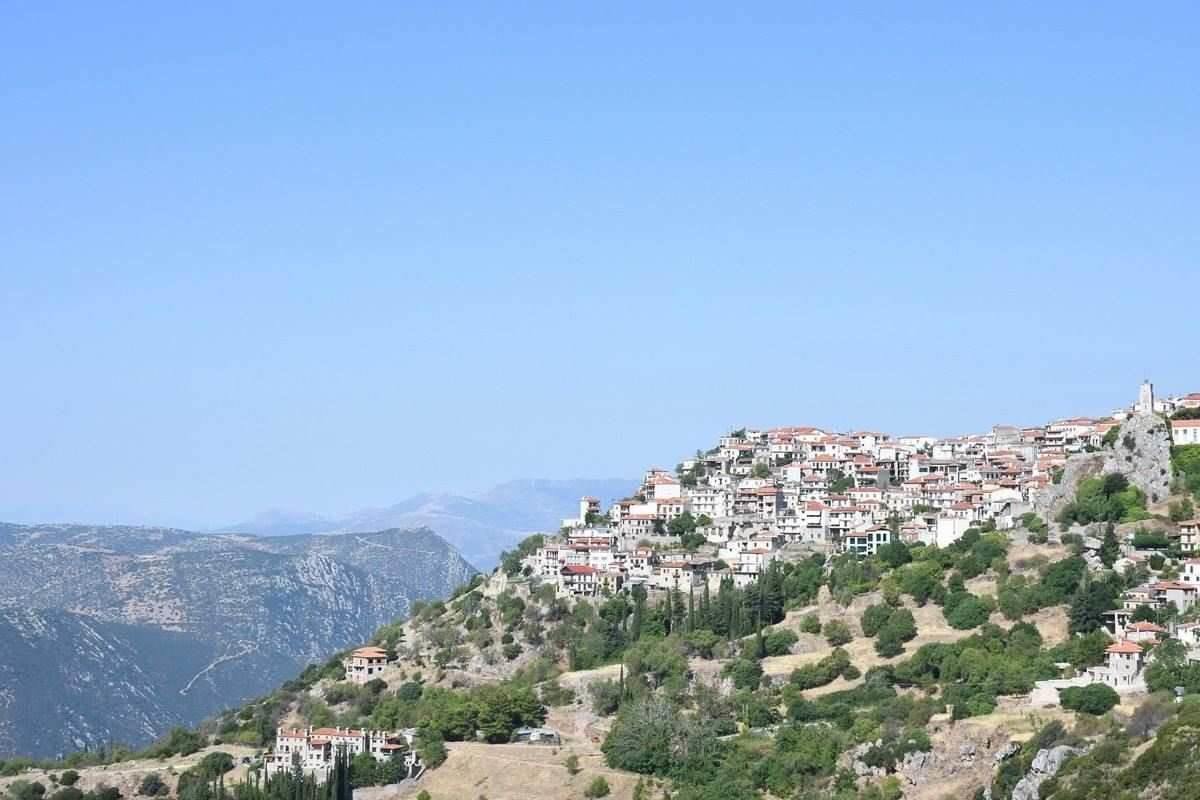 Anyone that easily tires from the intensity of city life should consider a day trip to Delphi while in Athens. There are a few ways to visit Delphi. The easiest and most convenient way to get there is by organized tour. Since Delphi is one of the most popular sites in Greece, many different companies offer full-day trips to the site. Visiting Delphi with a tour is especially nice because you will have a passionate guide to show you around the site and tell you about the myths and history of this incredible place.

More independent travelers may consider renting a car while in Athens. Have a little road trip to Delphi. It is a 2.5-hour drive one way. Delphi is a quaint mountain town where you’ll find one of the most impressive archeological sites in the world.

Delphi is a UNESCO World Heritage site. During classical times, it was the center of the world. It was most famously known for the Oracle of Delphi. Rules, philosophers, and nobles from around the globe would travel to Delphi for a chance to meet with the high priestess at the Temple of Apollo. The Oracle was a prophet, celebrity, and one of the most powerful humans that ever lived.

Other highlights of the Delphi archeological site include the Serpent Column and the Athenian Treasury. The Serpent Column was built in honor of the Greeks who fought to defend against the Persian Empire in 479 BC. This is an important object because it has one of the longest and best-recorded histories of any item from Greek antiquity.

The Athenian Treasury was built to hold the offerings brought for the Delphi Oracle. It was built entirely of Parian Marble in the Doric style. Other excellent monuments to visit at Delphi include the Amphiteatre and the Stadium. Remember, Delphi was a city catering to religious, political, cultural, and leisure pursuits.

Don’t miss the Archaeological Museum of Delphi. Wander through the exhibits and learn about the late Helladic and early Mycenaean periods. You’ll discover interesting art and objects recovered from the Delphi site.

5. Climb to the top of Areopagus Hill

Another spectacular sunset location is the top of Areopagus Hill. The hill is named for the Athenian Council of Nobles that met on this site during classical times. They would meet to deliberate homicides and other serious offenses.

It wasn’t just the ancient Greeks that held judicial council here, legend has it that the Greek gods did too! According to Greek mythology, Ares met his judgment here after murdering Posiden’s son. For this reason, the hill is also referred to as the ‘Hill of Ares.’

During Roman times, the Apostle Paul delivered sermons against paganism on Areopagus Hill. He is a significant figure that was instrumental in converting Athenians to Christianity. You’ll even find a plaque with an engraving of one of his sermons.

From the top of Areopagus Hill, you can appreciate sweeping views over Athens, especially the ancient Agora. The Agora was the economic, political, and cultural hub of ancient Athens.

Be careful climbing on the rocks, as they are quite slippery.

Read next: How a leap of faith quickly landed me a job in Athens

6. Watch the sunset at the Temple of Poseidon

The Temple of Poseidon is another site outside the city that’s worth a visit. You can get there in 90 minutes by car. There are also many tours departing from Athens that will take you to the Temple if you’d like to avoid renting a car.

The Temple of Poseidon is located at the southern tip of the Sounio Peninsula. It’s a spectacular monument that was built in the 5th Century BC from white marble. Poseidon was the god of the sea. His power was second only to Zeus. He was revered by the Athenians, as the sea was an important source of their power both economic and military. The Athenians turned to Poseidon to keep them safe from shipwrecks and storms.

While this is a remarkable place of historic significance, it’s also one of the most beautiful places in Greece. Perched on a cliff, overlooking the ocean, the views are breathtaking. It’s also known for having some of the most spectacular sunsets! This place is so beautiful that it’s inspired artists and poets throughout the years.

7. Shop at the Monastiraki Flea Market 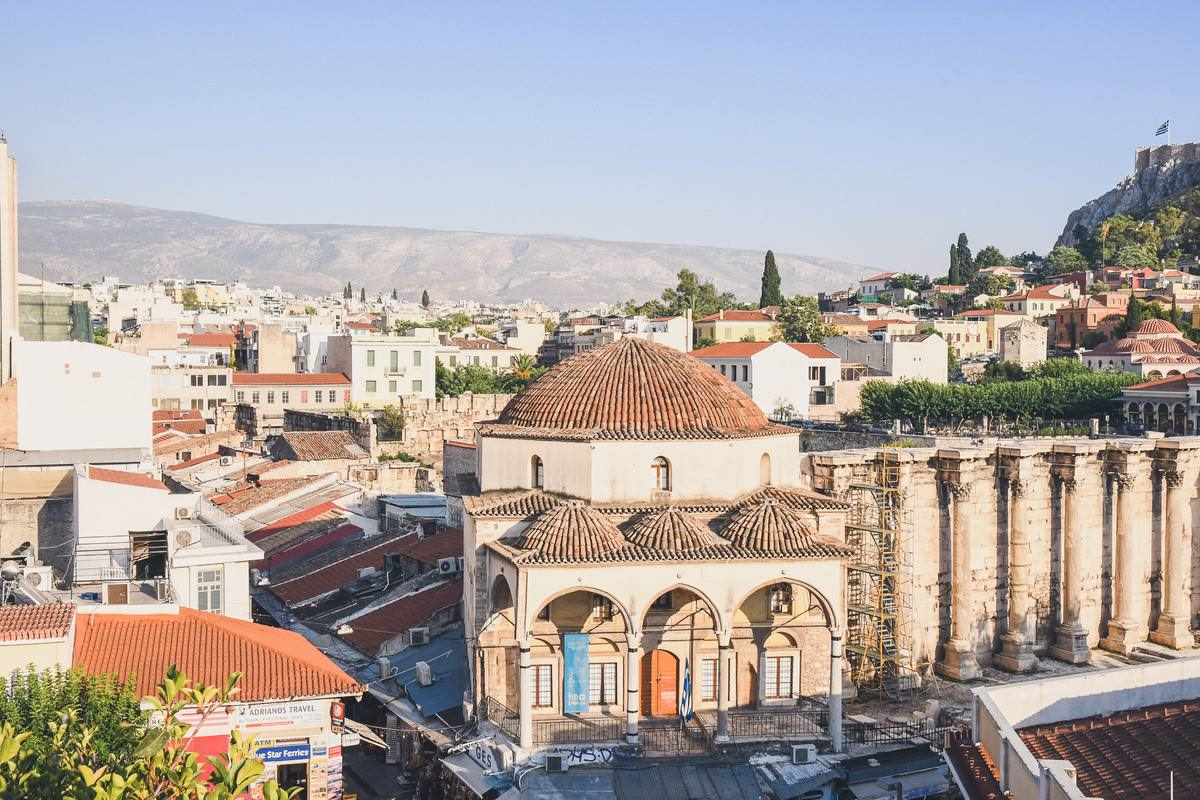 No visit to Athens is complete without a shopping experience at the Monastiraki Flea Market. It’s the best place in the city to buy souvenirs. The market comprises of numerous vendors selling mass-produced Mediterannean tourist trinkets, everything from clothing to jewelry, sculptures, and accessories.

The market is centrally located near Athens’ main shopping street and the Tzisdarakis Mosque and Hadrian’s Library.

8. Watch the Changing of the Guard

Seeing the changing of the guard in Athens is an immersive experience you won’t forget. The ritual takes place every hour at the Monument to the Unown Soldier. You can catch the official ceremony on Sundays at 11 AM, it’s the most theatrical performance.

The appointed soldiers go through extensive training. Appreciate the intricately choreographed movements. Each soldier stands for 1 hour for 3 hours during two days.

Greece has a longstanding history of wine production, it has been recorded in the country’s history as far back as 6,000 years ago. The ancient Greeks had a God dedicated to winemaking, Bacchus. Wine was offered to the Gods in celebration.

There are over 200 varietals that grow comfortably in Greece’s Mediterranean climate. When you are dining out in Greece, be sure to drink local wines. You may also consider a wine tour or a visit to a nearby winery. Check out the award-winning Samartzis Estate Wines en route to Delphi. 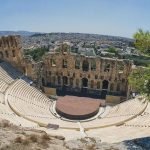 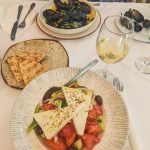 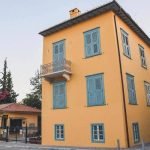 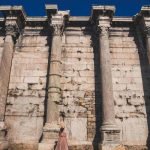 Keep planning your trip with our Athens city guide next. 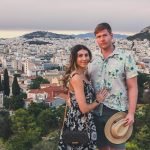 Valentina has always been obsessed with researching, organizing, and planning her vacations. She knows that many people don’t have the time and energy to do this, but they still want to get the most out of their travels. Valentina’s Destinations allows her to help other busy professionals maximize their experiences. Valentina is originally from Serbia, but she grew up in Chicago. She loves hunting down local restaurants, unique experiences, and hidden gems. 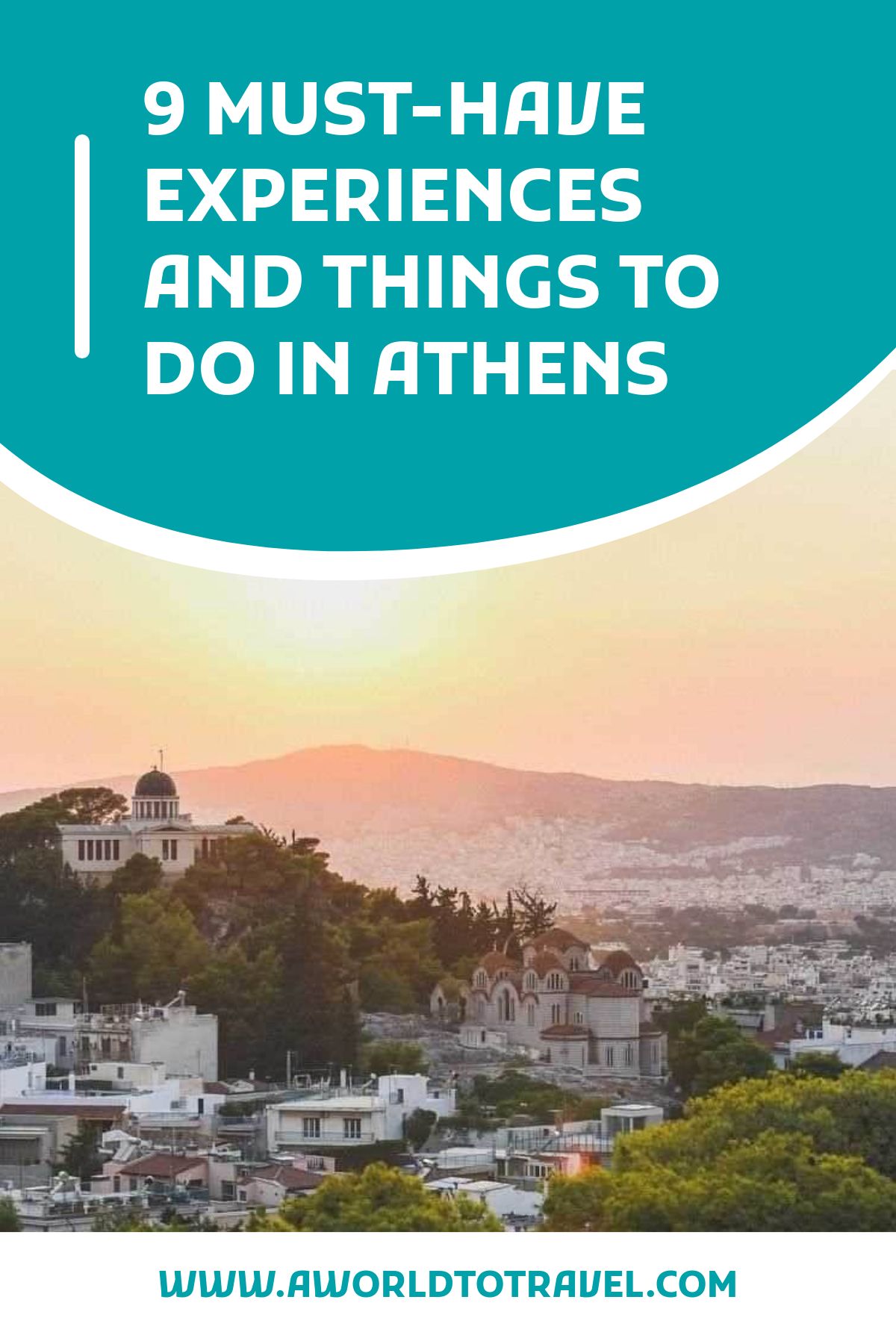