[Amish Lifestyle] 10 Things I Learned Living With Them

You probably have heard before about the Amish people. For those of you that haven’t though, here is a bit of background on the Amish lifestyle to get us started.

The Amish are a traditionalist Christian based community with a common lifestyle: simple living, plain dress, and no technology.

I had the incredible opportunity to get to know a family and live with the Amish for one week. These are the things I learned by living with the Amish. Keep reading, you might be shocked! 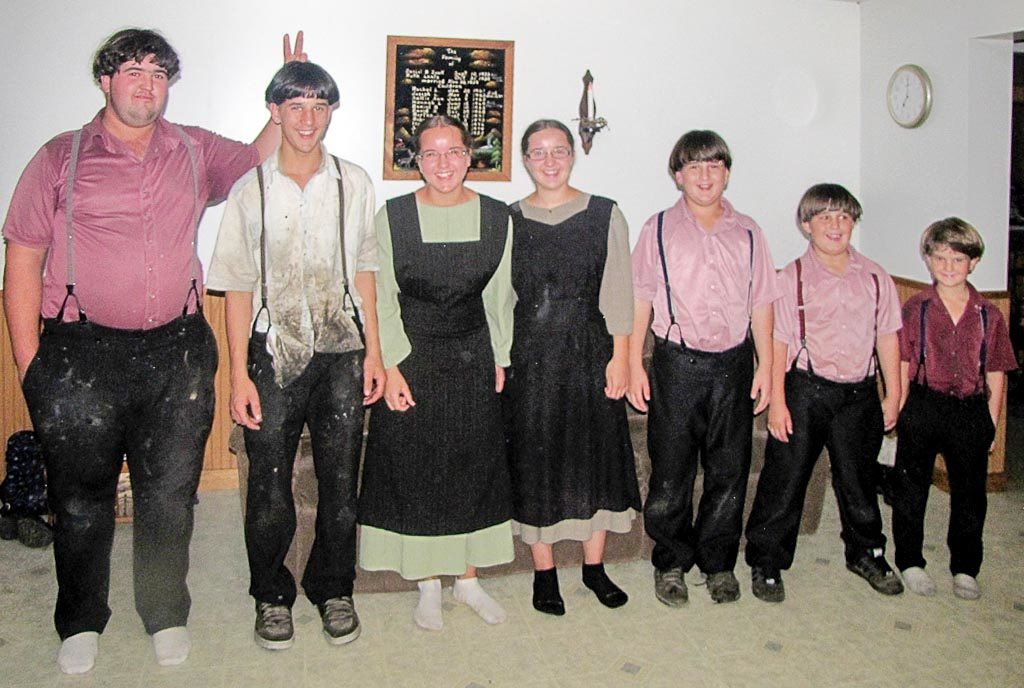 Let me introduce you to Zook’s family. Like most of the living Amish families, Naomi and Christian Zook have quite a big family, since their church doesn’t allow any form of birth control.

From an early age, children help their parents around their farms or other types of business they might have. They are much known for their cuisine, canned food, and carpentry work.

2. Amish can speak English but they’d rather speak their dialect

Although they know English, their most spoken language is Pennsylvania Dutch, a dialect introduced by German immigrants in the late 17th century.

Interestingly, and as opposed to the rest of the country, studying a second language (German) is mandatory for all of them and a sign of Amish living. Their bible and other religious books are mainly written in German, the reason why it is so important for them to learn this language. 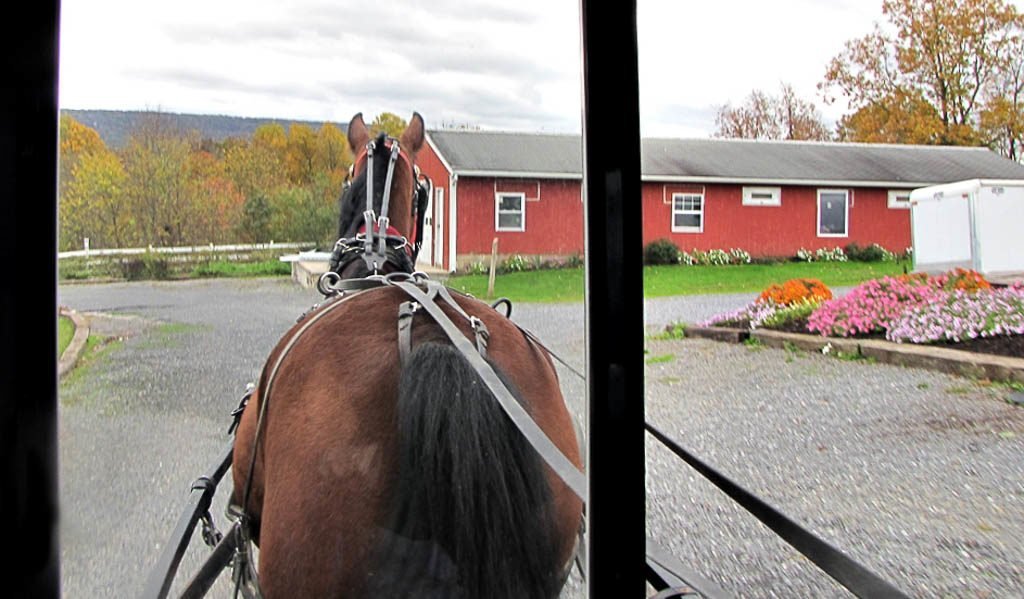 Have you ever wonder how much time it would take you to travel from one city to another if we had no cars? Amish people know the answer; they are not allowed to use cars or any other type of locomotion that implies electricity. Their main way to move around on their everyday basis is a horse buggy. I was incredibly lucky because Naomi asked me if I would like to drive the horse buggy to her friend’s house. Of course, I said yes as I wanted to live like the Amish.

The little ones use a wooden skateboard since they are not allowed to use bicycles because they have pedals and if they want to travel long distances they will use trains or boats, never planes. 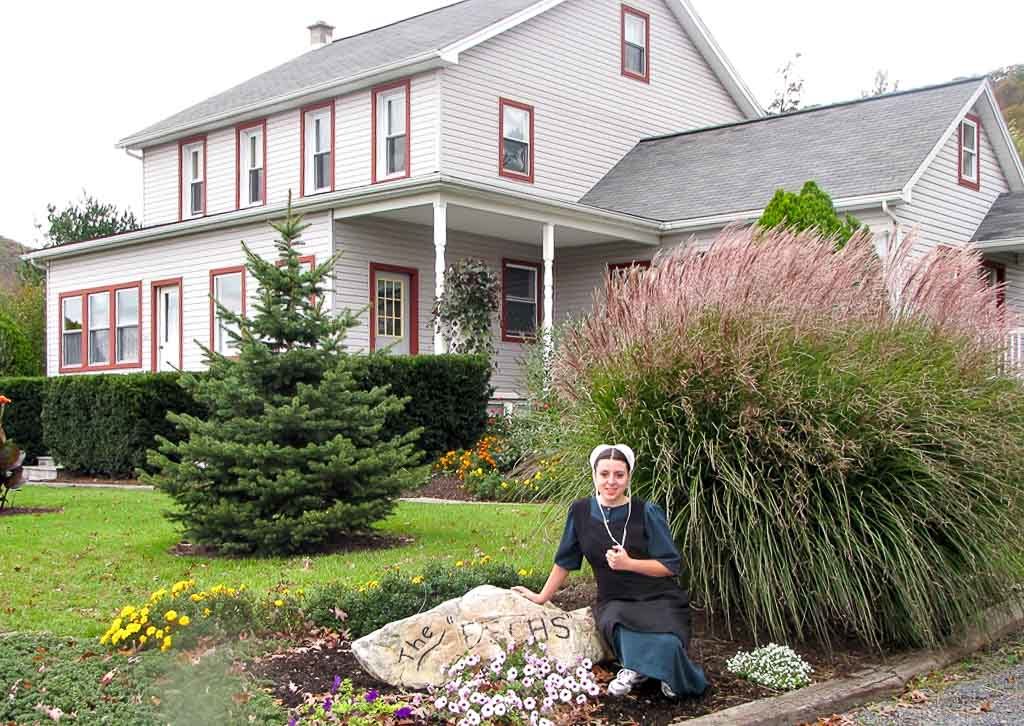 Trying the Amish lifestyle while living with them for a week

Their houses are built like the typical traditional American house, with normal furniture and country-style decoration. However, they don’t have any lamps or light bulbs and the kitchen has a gas stove with a wooden oven. Most of them have a big open space in the basement so that every Sunday the Amish community can gather inside and take mass together. Other than that, Amish houses are pretty similar to ours; they even have trampolines in their backyard for kids to play! 5. You can be an Amish and still be trendy

Do you remember when someone opened up a closet in a cartoon TV show and all the clothes are the same (because cartoon characters wear always the same clothes)?

My friend Rachel was showing me her room when I noticed her closet was full of dresses that looked the same but had different colors.

They have to dress according to the Amish lifestyle: simple and with demure. However and to my surprise, my friend Rachel had a huge collection of Adidas tennis shoes that she wore with her dresses. To me it was shocking (this was before wearing tennis shoes with skirts and dresses became fashionable) so when I asked her – as I was trying to be Amish for a week – she responded: “What? Tennis shoes are cool and trendy!”

And she was right, four years later I started to see them all over the magazines and fashion blogs! 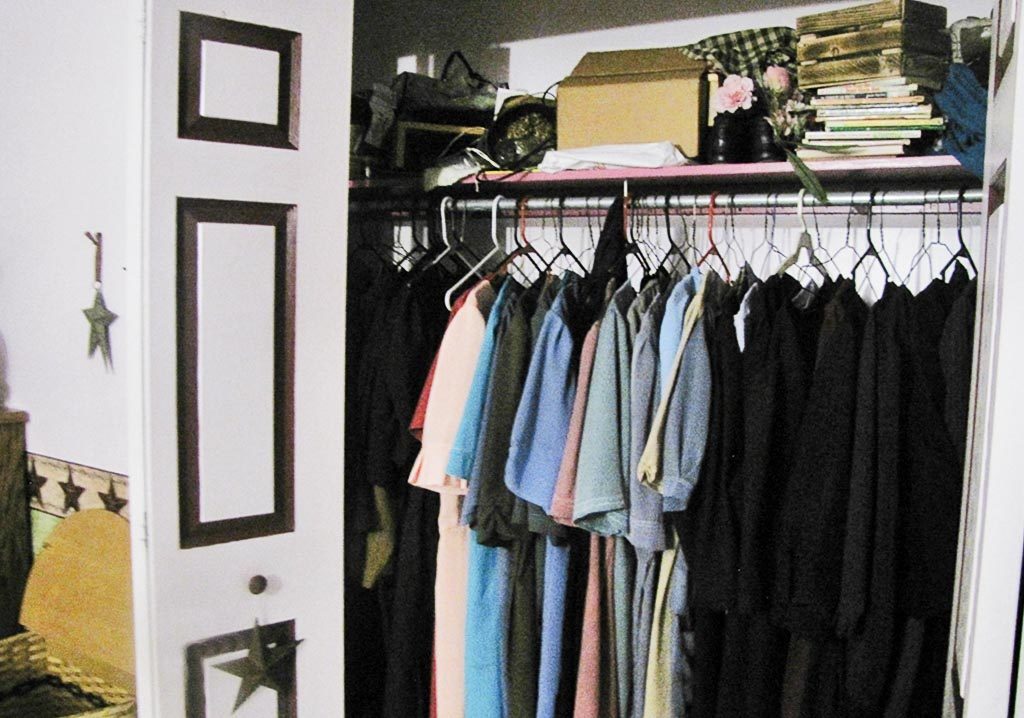 6. Amish have their schools


Amish kids don’t go to regular schools. Instead, they have their own. Too cool for school? Maybe.

Rachel was their new teacher (and yes, she was only 16!), so she allowed us to attend a few classes. We had to be very quiet and respectful because other Amish families don’t usually like it when “English” people enter their community.

The school is composed of one big room with a wood stove to keep everyone warm and lots of wildflowers that the little ones had brought to their teacher. Amish children of all ages share the space but they had individual assignments according to their capacities.

When we entered the room, they were situating each state on a gigantic map in front of the class and shortly after they finished they went outside to play baseball with us. 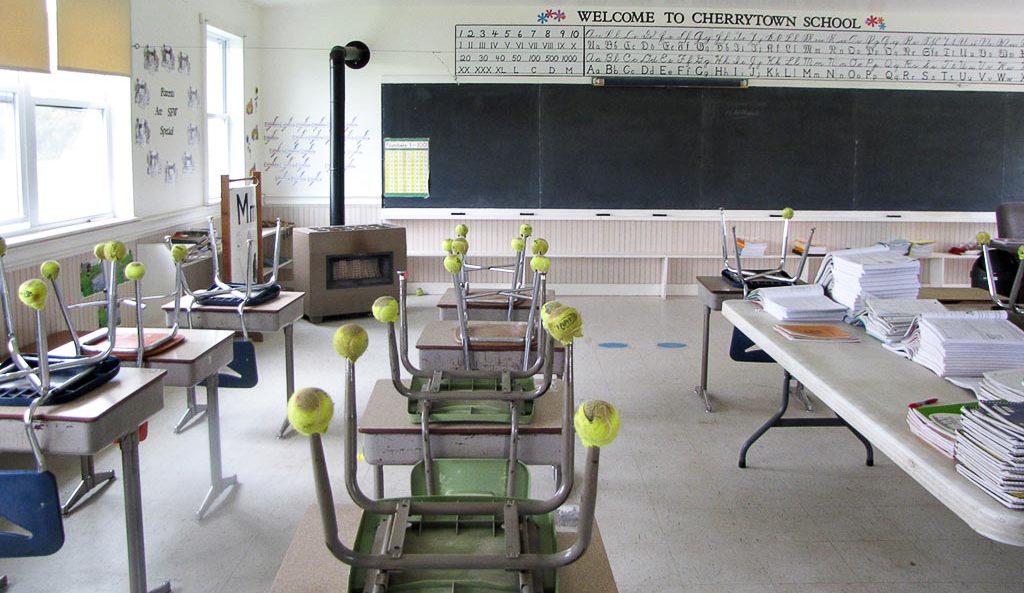 7. Rumspringa, a chance of going wild

Once they reach 8th grade at the age of 14 their education is considered completed. Then, rumspringa begins, which means “running around”. During the following 2 years, boys and girls are allowed to use electronic instruments such as cell phones or computers, driving other vehicles rather than a slow-motion buggy, and wear different clothes. Some of them even create Facebook profiles!

This period gives teenagers a chance to “go wild” before committing to their religion. That way they can go on crazy adventures before getting married and settling down. It is also a time for them to explore the world out there and to reconsider their religion.

Nearly 90% of them will stay as a member of the Amish community and get baptized at the end of Rumspringa.

8. What happens after Rumspringa?

Rumspringa is not only a time to discover technology and modern artifacts; it is also a time to come closer to other teenagers and discover love.

Once it is over and shortly after they get baptized the majority of them get married and begin their adult life as a new family, living under the Amish lifestyle. Rachel and I are still in contact by post mail after I left Pennsylvania (their home state), and it didn’t take too long until I received a letter from her telling me how happy she was about her upcoming wedding.

9. The Amish are world travelers 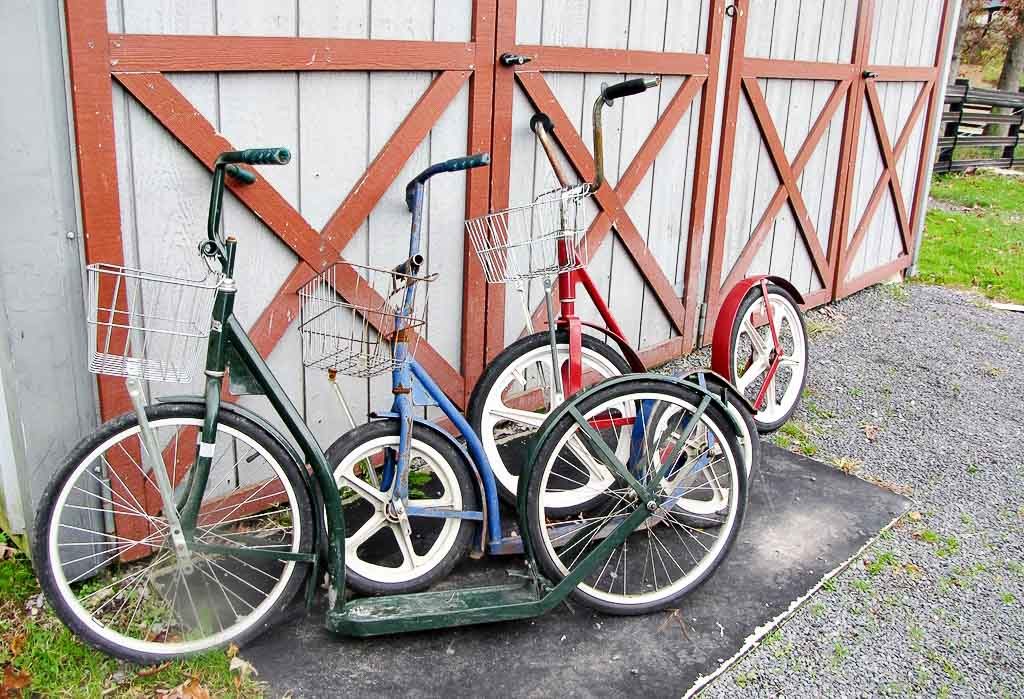 The Zook’s and I shared a passion: traveling the world.

Yes, I know, they can’t take planes or ride cars, which for us would be a deal-breaker; but it didn’t stop them from traveling the world. I was shocked when they described to me how one time they took a train from Philadelphia to California and then a cruise to Alaska.

I am telling you, I was jealous! That is the real dream!

10. What we all should learn from the Amish lifestyle

When I first arrived there I thought they would not welcome me because I was not part of their community. I was very wrong.

They opened up their hearts to me and asked me a lot of questions about how it was like to live in my home country, what type of food did we eat, how did people dress… Rachel dressed me up with one of her dresses so that I could blend in with them and she shared secrets with me.

At that time we were both 16, so she told me about a guy she liked and other teenager stories. One day her brother got grounded for sneaking out of the house in the middle of the night. When I asked him why he did it, he responded: “I just wanted to drink and party with my friends”. His answer tore apart all the stereotypes that reside deep in my mind without even being aware of them.

People are people, no matter where they are from, which God they preach to or how they dress.

We all love and we all cry when our hearts get broken, we are curious about other people’s lifestyles and we care about our loved ones.

It doesn’t matter if they are Amish, Americans, or any other community; little children will want to dress their baby dolls the way they see their parents dress and teenagers will always want to rise against their parents and do crazy fun stuff with their friends. 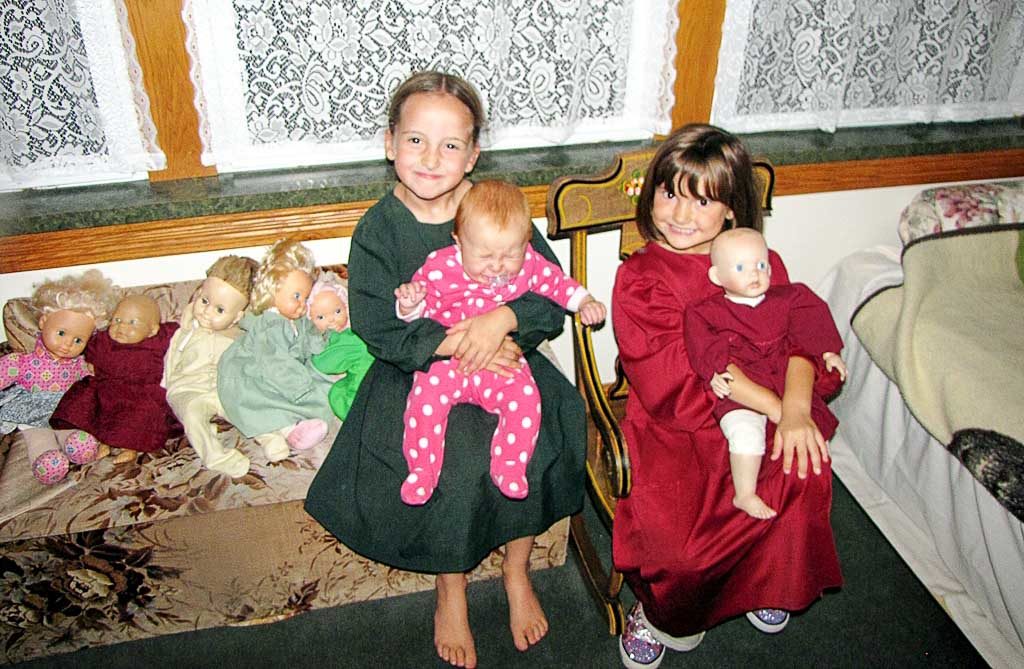 We are so afraid of our differences that we forget to embrace our similarities.

Would you like to live with an Amish family for a while, explore an Amish village or visit an Amish community as part of a two-day tour? If living with the Amish appeals to you too, get in touch. We can’t wait to read your messages!