It is far from easy to describe Resurrection, as it is probably one of its own in the ever-changing world of Music Festivals. What started as a single act, put together by a group of young enthusiast of hardcore metal, has become a staple in metal music calendars in Spain, and even beyond. Barely a decade ago, organization was chaotic, sound not-quite top of the line and logistics, well, they were nowhere to be seen. Fast forward to the present edition of the Fest to find a completely revamped state of affairs. World class bands join themselves together in what has become to be known as the little hardcore town of the north, Viveiro.

Truth is, Resurrection is no longer an exclusively metal rendezvous, since Punk has lately become as prominent as its far-fetched brother in music. Legends as NOFX, Bad Religion or Refused play live on stage with the likes of Motörhead, Korn or Megadeth. Some will find this mixture of apparently opposite worlds disturbing, but the fact is that the blend works, and the ever-growing success of the Resurrection Fest is all the proof required to state so. All in all, one of the best events of its kind in Spain, and the perfect excuse to enjoy the atlantic coast of Spain under the (possibly clouded) summer sky.

Beyond being my brother, Alberto Gregorio is a regular contributor to A World to Travel and a metal music festivals addict. 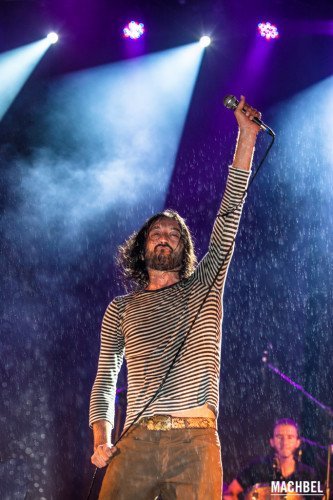 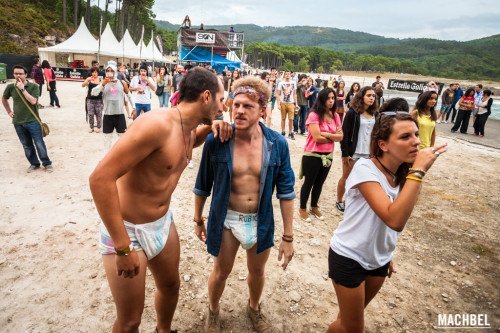 V de Valarés Festival is held in Valarés, a stunning spot by the sea and, on top of the music events that take part in the pier, you can enjoy the beach and camp in a pine forest nearby. These pics are from 2012, an edition where rain didn’t stop pouring till the wee hours. But, funny enough, the concerts were not canceled and everyone did enjoy them anyways. That’s the magic of Galicians, they don’t get put off by a few showers here and there.

Víctor Gómez, travel blogger at Machbel.com and photographer loves traveling and getting lost. That’s how he ends up getting the best shots.

One of most cherished by Galicians, this festival is very unique in so many ways and has been around for more than 30 years already.

We have been to 5 different editions (Jose, 3 and Inma, 2), and in our experience, although the essence is kind of changing lately (it started as the biggest folk and celtic music festival in Spain) with many raves taking part by the beach every night, Ortigueira is still a must, a festival every Galician should attend at least once.

Free and featuring big folk and celtic music names, go for it if you are into camping by the beach, going a bit crazy and meeting lots of great individuals. As well as folk music, of course!

by Roi Vazquez and Diana Miaus 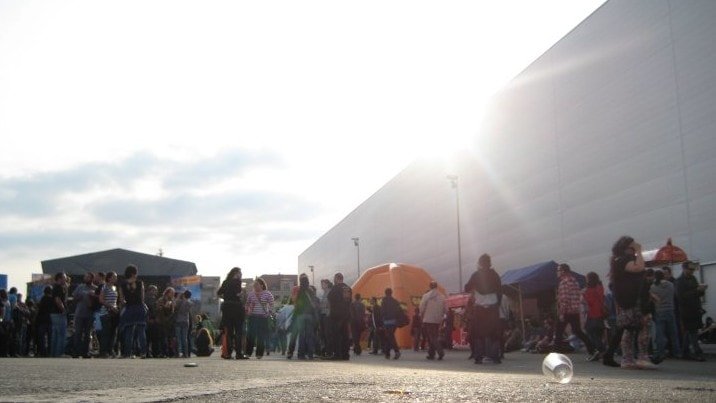 Organizing a festival in Galicia is a risky business, the weather can be tricky and unpredictable, especially was the case in 2010, when the festival was still set on a bank holiday weekend at the beginning of May. But, at that time the weather had mercy on us and we could enjoy the fine weather and first rate bands such as Nada Surf, Los Planetas, Dorian… and others that were only just beginning to get recognition -Los Punsetes, El guincho…even a spirited performance by JJ.

Festival Do Norte, by its own merits has become a reference in the north of Spain, giving a chance for bands that find themselves out of the mainstream circuit. In recent years the festival has changed location and date to Arousa Island in late June…there isn’t a better way to enjoy this summer than with the help of awesome bands, spectacular environment, and the incomparable gastronomic offerings in the nearby towns.

Although he’s not a travel blogger (yet), this guy knows what he’s talking about when it comes to festivals.

If you’re looking for a gem, head to this festival in the Illa de Arousa in Galicia, a stunning little island in the north of Spain. Although it’s not so huge as other music festivals in Spain, it has a great bunch of artists – either national and international.

Don’t miss this opportunity. The atmosphere is relaxed and you will enjoy not only the music but also the sandy beaches and the camping area.

A few years back, Pontevedra Old Town narrow streets witnessed how a brand new music festival was born. It was all about surf music, hawaiian shirts and flowers in the hair and the chosen name was Surfing The Lerez (Pontevedra river).

When it grow older, it started to being held in the urban park – aka. Sculptures Island – and big names like Arizona Baby and Lost Acapulco started to share the stage with local bands.

With an unbeatable free entry and some interesting catches like workshops, picnic area, beer and the possibility of jumping in the river to cool off in a family and solidarity filled atmosphere, this year it has been moved from June to October, due to the bad weather forecast.

See you there with our flower shirts on!

This one would be the equivalent in Galicia, as Sonorama Ribera Festival is in Aranda del Duero for the pop and indie music lovers in Spain.

PortAmerica is a festival that connects the Spanish and South American cultures and has a lot more than music to enjoy, being also known for its gastronomy events that take part at the same time.

WHICH ONES ARE WE MISSING? LET US KNOW IN THE COMMENTS BELOW and if you are a travel blogger yourself, feel free to contact us. We are currently looking for people that attended any other awesome Festival in Galicia to complete the list!

Luckily, this is not the end. Check out the following articles as well and start scheduling your favorite music festivals for this upcoming Summer:

Coolest Music Festivals Around the World