The challenging Way of St. James

Aged narrow streets and living stones of magnificent Santiago de Compostela have been welcoming pilgrims all year round since the Middle Ages. They keep walking, biking or horse-riding the way of St. James from every corner in Europe and beyond. No public transportation required, none wanted, to finish the Way. 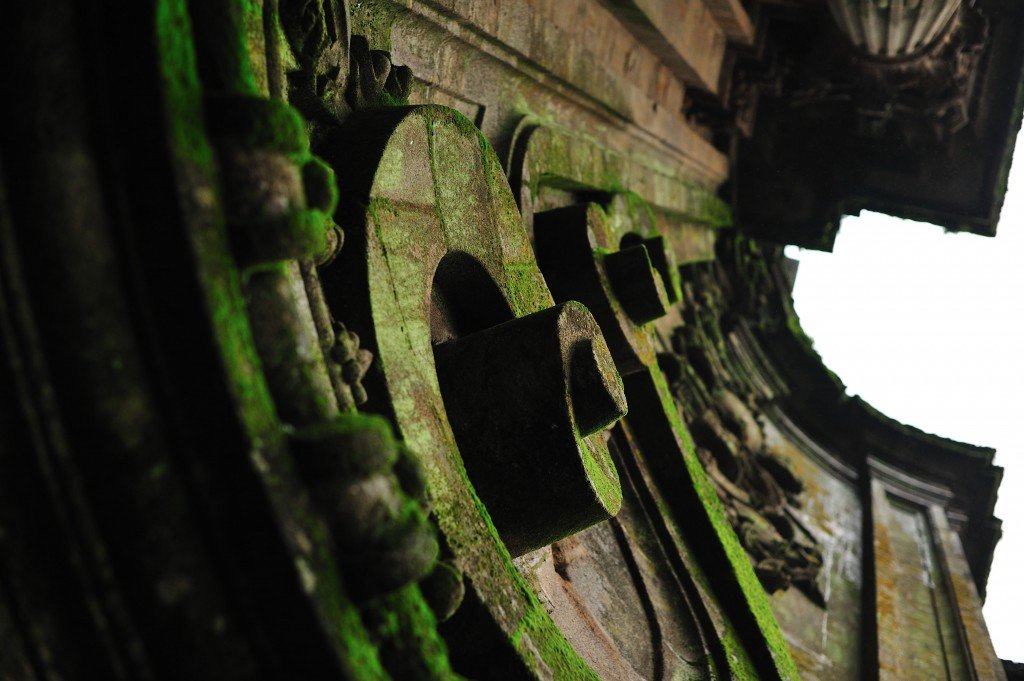 My own experience, sixteen years ago, was way too far to rely on so we decided to head to rainy Santiago to get to know and understand what moves people to start such an enterprise today. 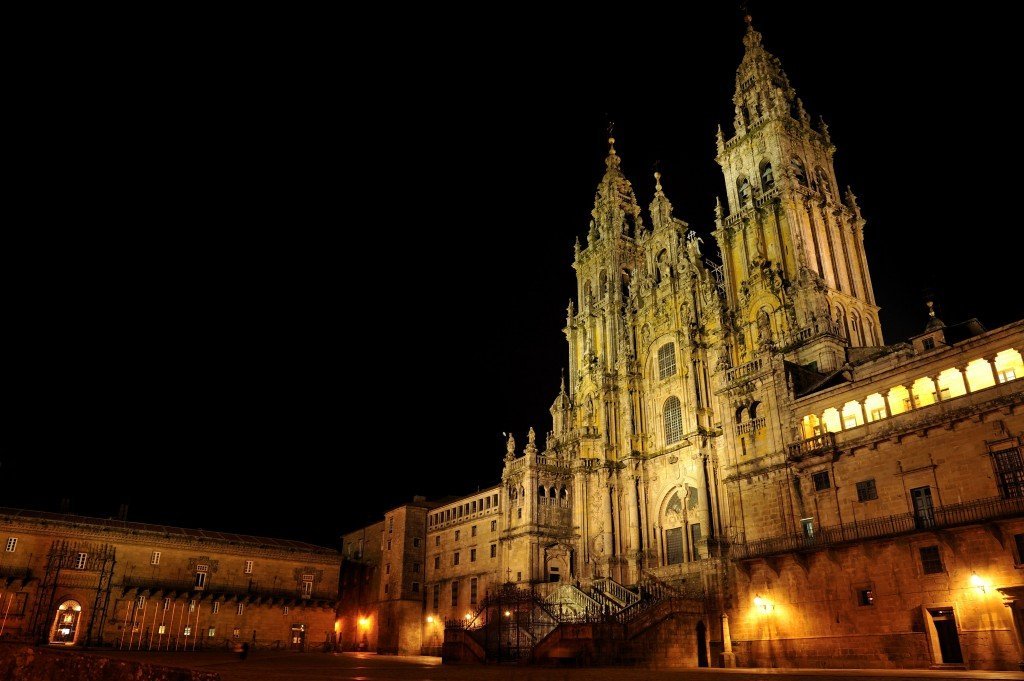 Koldo had arrived by bike in the morning. Having already shipped his bike home, it was still possible to perceive his emotion. After 11 days riding solo the french route (60 to 90km daily, depending on how windy it was), he explained he had not booked any hostel in advance and just taken all the addresses with him. It was difficult to predict how days were going to be like when the journey starts at 8h in the morning and you ride 8 or 10 hours per day. Spiritual and sports reasons kept him busy and riding those harsh days when he faced crazy winds and snowstorms. He ensures next summer will give it another try. The North way from Navarra (Spain) where he lives, will take him along the Cantabrian coast to Santiago again. 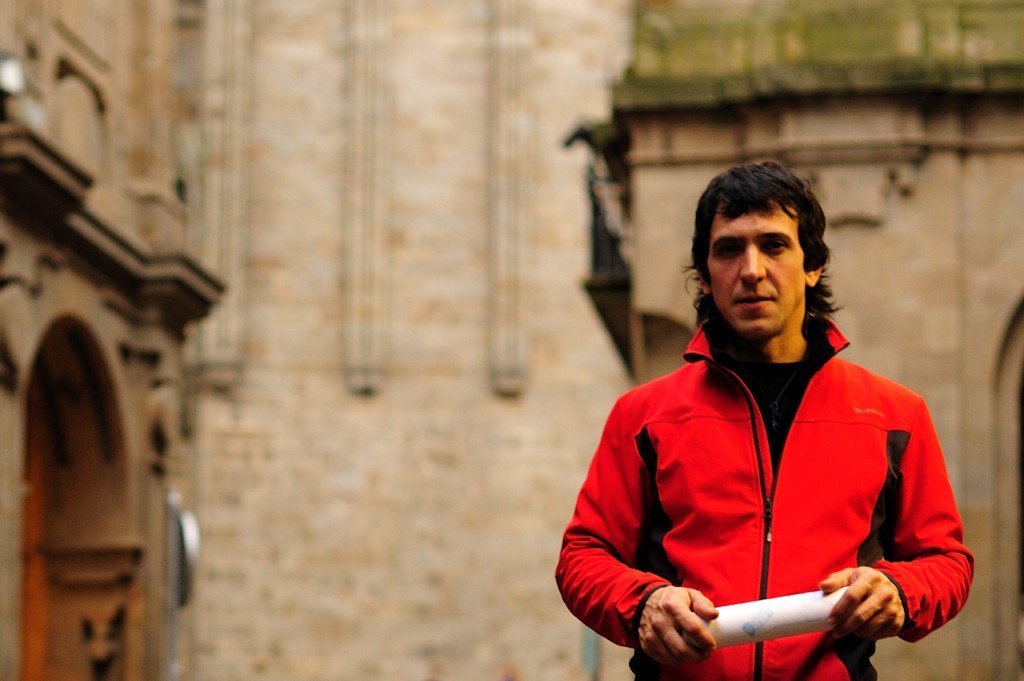 In his mid-twenties, Adriano from Porto (Portugal), claims to have discovered the warmness and hospitality of people along the Portuguese Way. Declaring himself a walker, he had been trying to pursue it for a while now. Finally, time was right and, with a friend,  they walked 20 to 30 km for 9 days. Already a week ago, after stepping in Santiago, they continued to Muxia (the village and surroundings suffered a huge ecological disaster in 2001 when Prestige shipwreck dyed in oily black its coast) and Finisterre. Traditionally, pilgrims who completed the Pilgrimage, would go till “the end of the known world” and burn their used clothes once there to purify themselves before heading back to their daily routine. Adriano did not burn them, he did change his walking shoes there, though. If he was going to do it again, he would choose a better pair and pack lighter. Hiking with a heavy backpack is not a good idea. 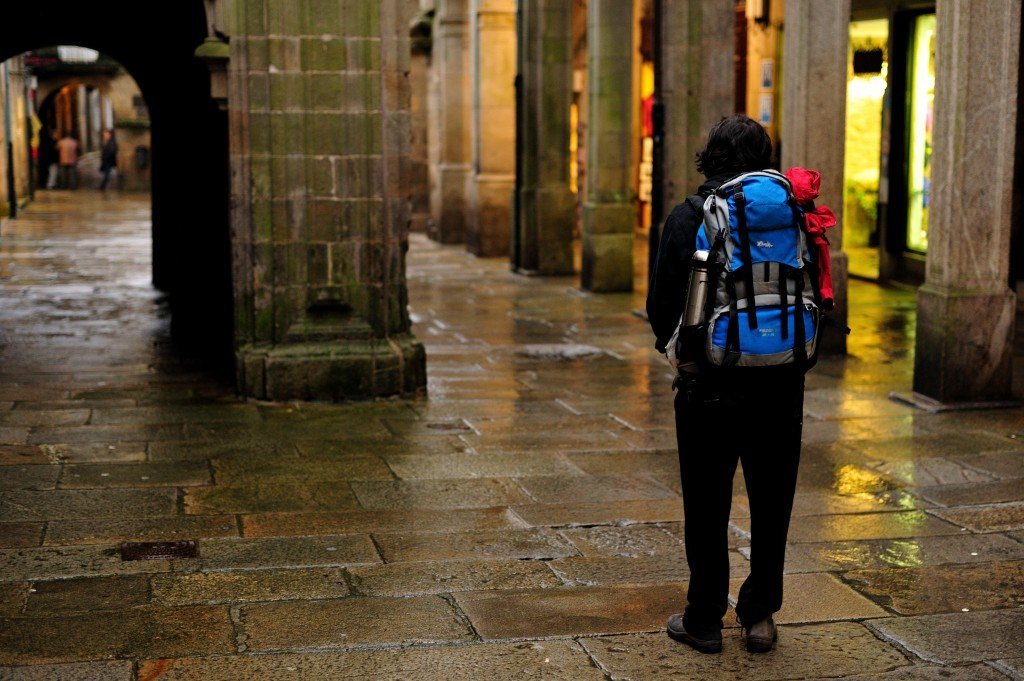 6 weeks after having started in Seville (Spain), Albert from Germany arrived in town 4 days ago. Like Adriano, he made it to the coast and came back to Santiago. Remarking how few people he met (winter conditions decrease pilgrim rates to a minimum), you would like to hear his stories of personal challenge that, for instance, took him to walk 53 km last day. Knee-high floods that affected Galicia last weekend did not stop him to reach the end. Smiling, he wouldn’t mind to do it again. 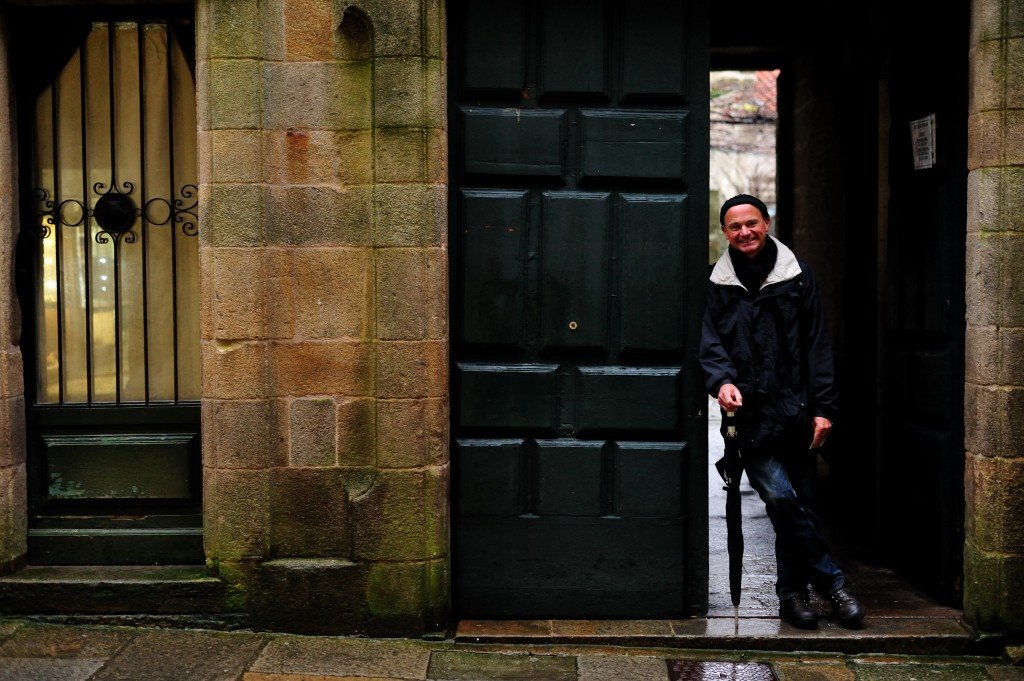 Eager to start such a challenge? Santiago’s Way is done by up to 300000 people yearly. Far from the first religious reasons that moved pilgrims in the Middle Ages; today is seen more like a challenging hiking trail ending in the bustling Santiago de Compostela, in the north-west part of Spain. Hostels for walkers, bikers and horse riders are available from 5€. Head there in winter for experiencing a total immersion or in summer if you are after socializing and meeting interesting like-minded people.

If you complete it, you could easily indulge yourself in one of the best Spanish Paradores 5 star Hotel, right next to the cathedral in Obradoiro square.

May you have a good way!