An Epic Itinerary for a South West England Road Trip

Uncover the ultimate South West England road trip itinerary and get ready to enjoy this destination to the fullest.

If you want to spend a bit of time outside of London on your next trip to England – or if you are British and want to see more of your own country, then South West England is waiting for you!

This part of the country is famous for its epic landscapes – from the cliffs of Cornwall to the dramatic Dartmoor – but it also has lots of history and towns and cities with excellent food scenes and culture.

There’s something for everyone in South West England – and the best way to see it is by a road trip!

Places to visit on a South West England Road Trip 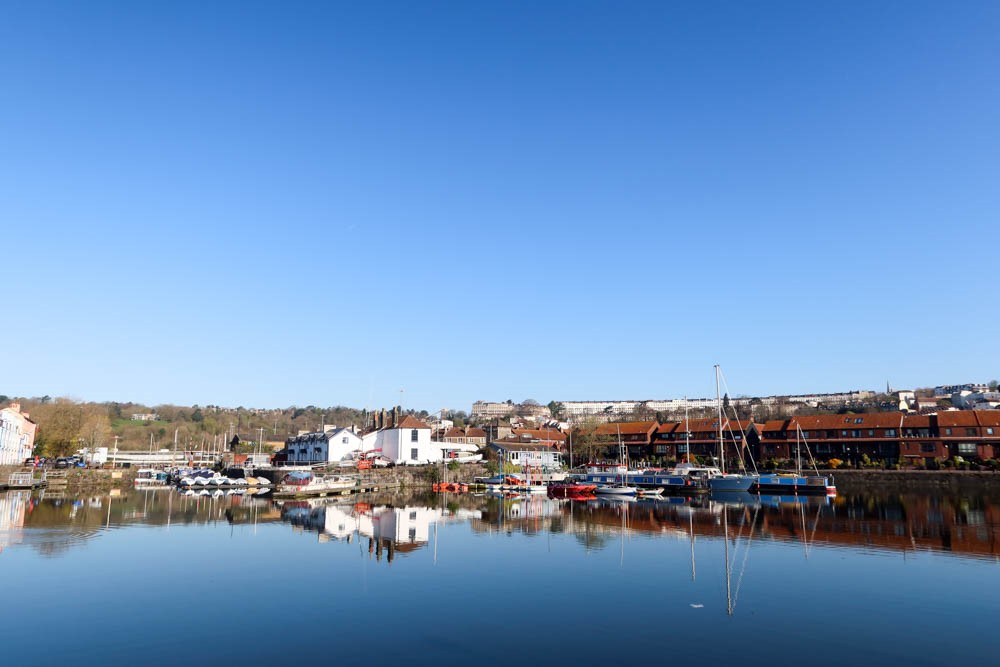 Bristol is an excellent place to begin your South West England road trip. This is the largest city in South West England and has plenty of attractions to enjoy on its own, but is also nestled in some beautiful British countryside.

How to get to Bristol

Bristol airport is connected to destinations around Europe. If you are traveling from London, you can easily rent a car and drive or take a bus or train between the two cities. Depending on your mode of transport and the traffic, it usually takes 2-3 hours to get between London and Bristol. Bristol is about 1.5 hours from Birmingham and 3-4 hours from Manchester.

There are lots of car hire places in Bristol, so you can rent a car from here for your road trip. However, it’s worth spending at least a day in Bristol (longer if you have it!) to see its main attractions. These include:

Number 38 Bristol is a popular boutique hotel set in the beautiful suburb of Clifton.

From Bristol, you can drive north to the Cotswolds. The Cotswolds is a vast area of England that is famous for storybook villages that look like they have been frozen in time and rolling countryside.

The Cotswolds encompasses parts of Gloucestershire, Wiltshire, Oxfordshire, and Somerset, so you definitely won’t see it all on one trip! However, there are a few beautiful towns and villages that you can visit from Bristol.

Either drive back to Bristol or stay in Calcot Manor, a popular spa hotel close to Tetbury. It’s also kid-friendly! 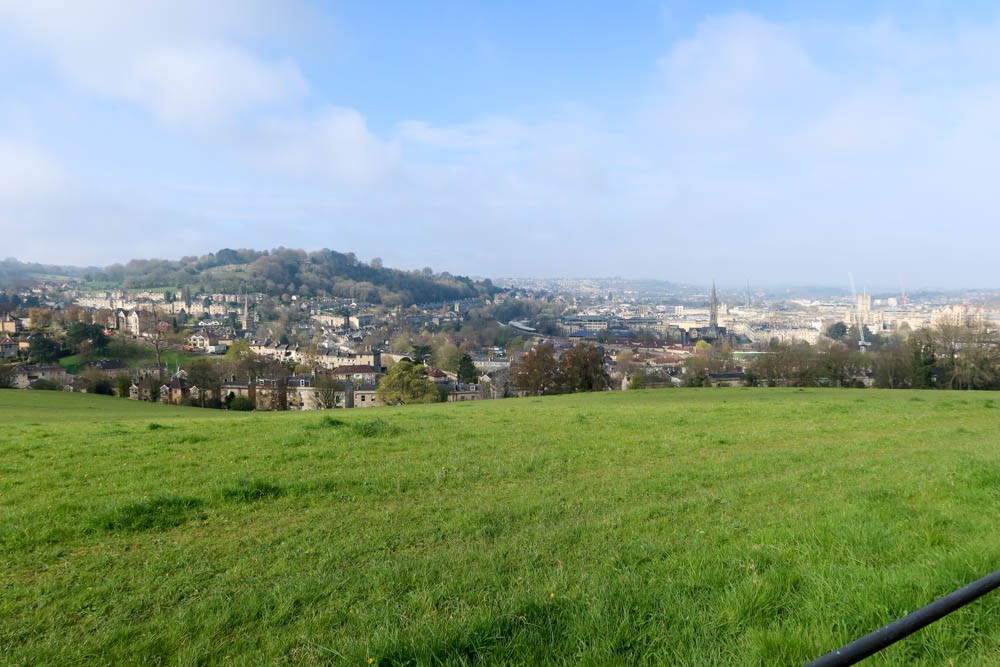 Bath is one of the most popular places in South West England, and it wholeheartedly deserves its reputation. With a maze of streets lined by Georgian buildings, an abbey where the first king of all of England was crowned and famous Roman Baths (and a more modern spa!), there’s loads to enjoy in this city. 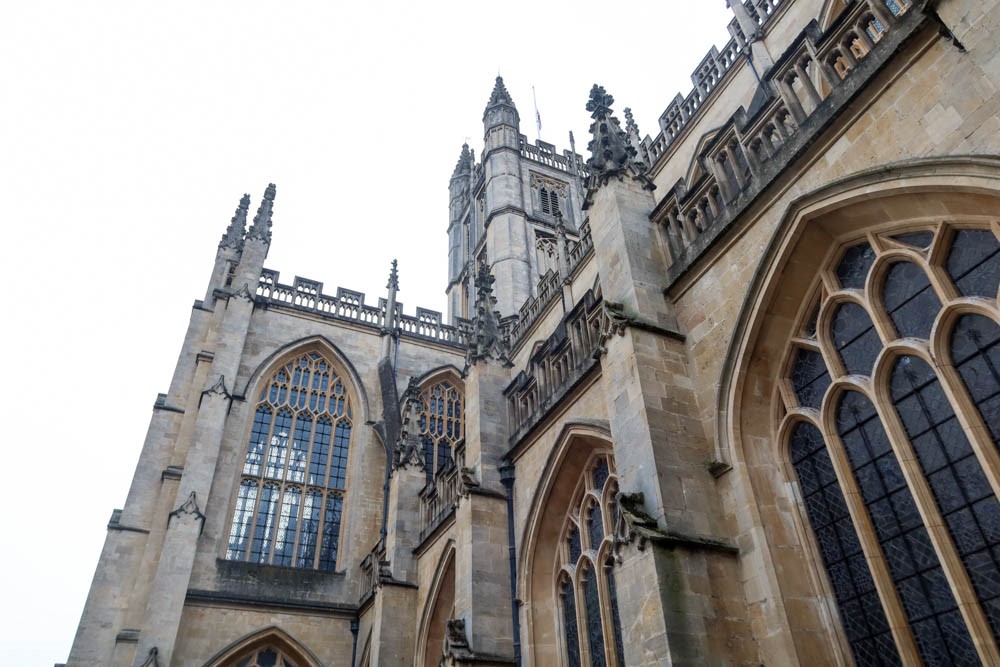 Bath is only a 40-minute drive from Bristol, so you could go back to Bristol tonight. Alternatively, if you prefer to stay in Bath, the Gainsborough Bath Spa Hotel is a luxurious accommodation option, with the only hotel spa in the UK with naturally heated thermal waters. Find the best deals and reserve your hotel rooms on Ebooking. 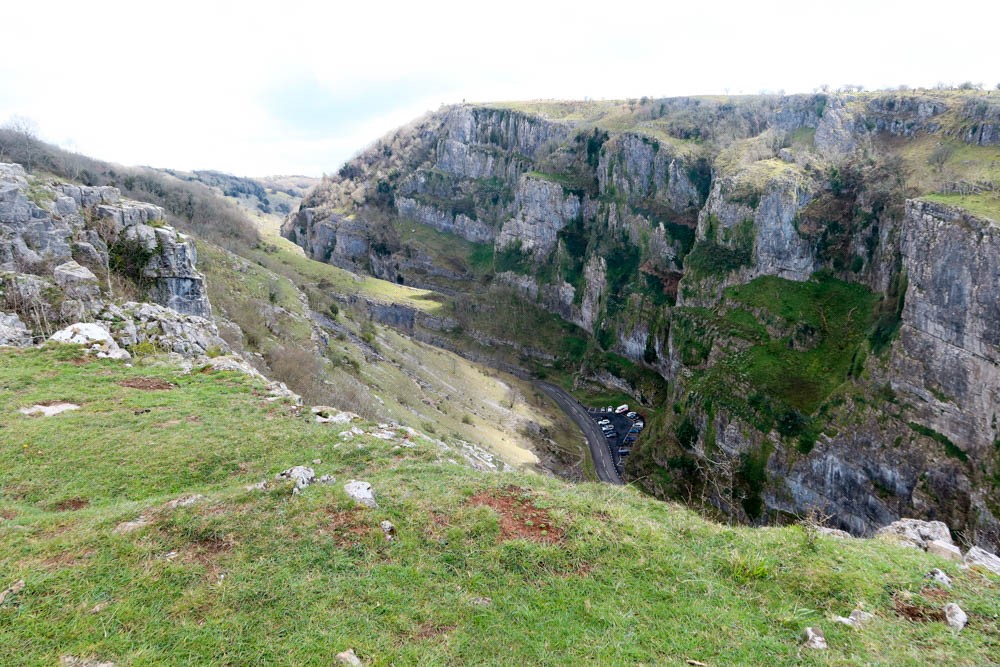 Cheddar is a beautiful Somerset town, home to the famous Cheddar Gorge. This impressive phenomenon is the largest gorge in England, and you can marvel at it either by walking around the gorge’s rim or driving through! There are a range of other attractions in Cheddar, including:

The Bath Arms Hotel is a gastropub with comfortable rooms upstairs, and it is located right in the heart of Cheddar.

Dartmoor is another beautiful natural phenomenon and the largest national park in England. It is a huge moorland dotted with tors, which are hills with rocks on the top. The area is also rich with prehistory, with lots of ancient ruins and stone circles to enjoy.

Here are some of the best things to do in Dartmoor:

Larkworthy Farm is a little north of Dartmoor, but it has wonderful glamping pods which are cozy in the winter and airy in the summer.

Alternatively, the Highwayman Inn is a quirky pub near the north of Dartmoor with rooms.

From Dartmoor, drive into Cornwall, toward the Lizard Peninsula. This is home to Lizard Point, which is the furthest south point of the UK. There are also numerous other beaches to enjoy, including the immensely popular (and stunning) Kynance Cove, Coverack, and Poldhu Cove. It’s also worth visiting the traditional fishing village of Cadgwith Cove and Roskilly’s Ice Cream Farm. 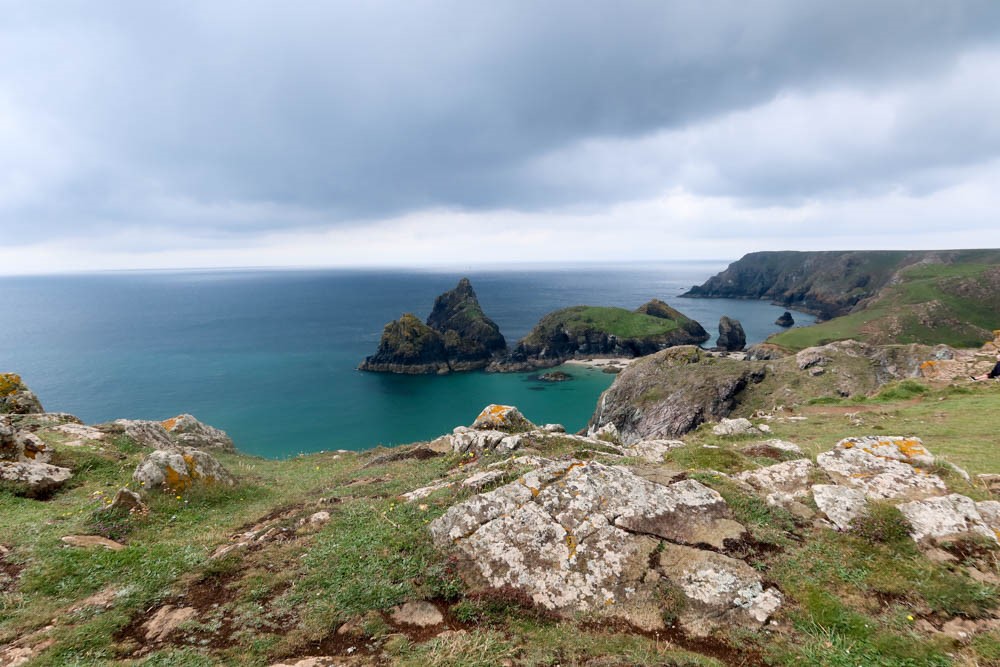 Once you’ve explored the Lizard to your heart’s content, drive northward to Falmouth. Falmouth is a trendy town with plenty of attractions, including the National Maritime Museum Cornwall and Pendennis Castle, a coastal fortress that was built by Henry VIII. 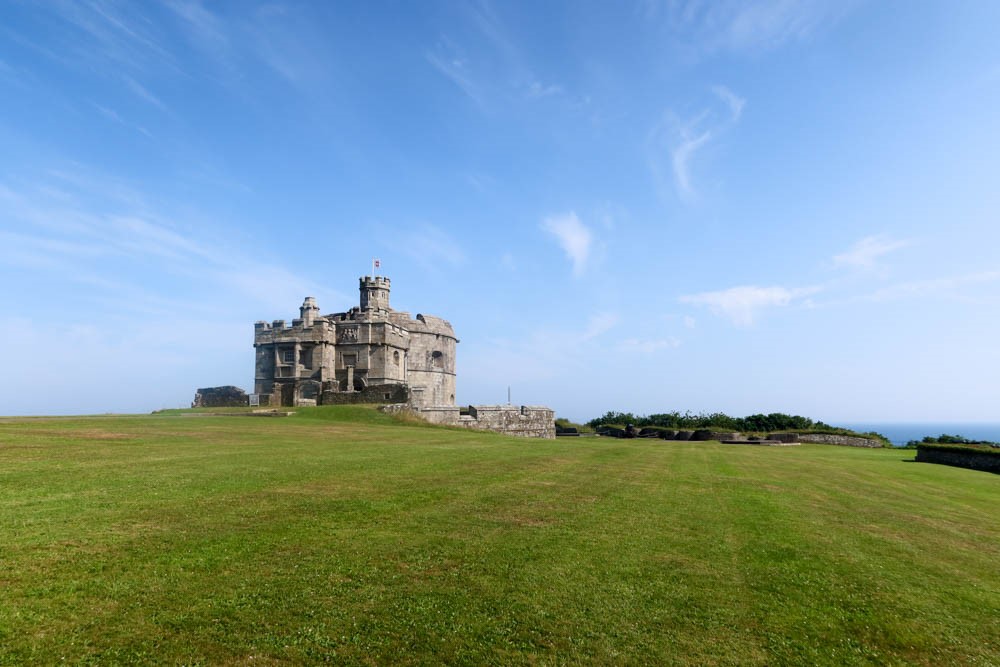 One of the best things to do in Falmouth is enjoying its exemplary food scene. It has restaurants from all corners of the globe, including East Asian and South African cuisine. I highly recommend Kim Asia which serves up delicious bowls of ramen and other East and Southeast Asian dishes, with plenty of veggie options. Or, if you’re craving fish and chips, head to Harbour Lights, which is the best chippy in town. They even do a vegetarian version!

The Greenbank Hotel is famous for its views of Falmouth Harbour and is one of the best hotels in the area. 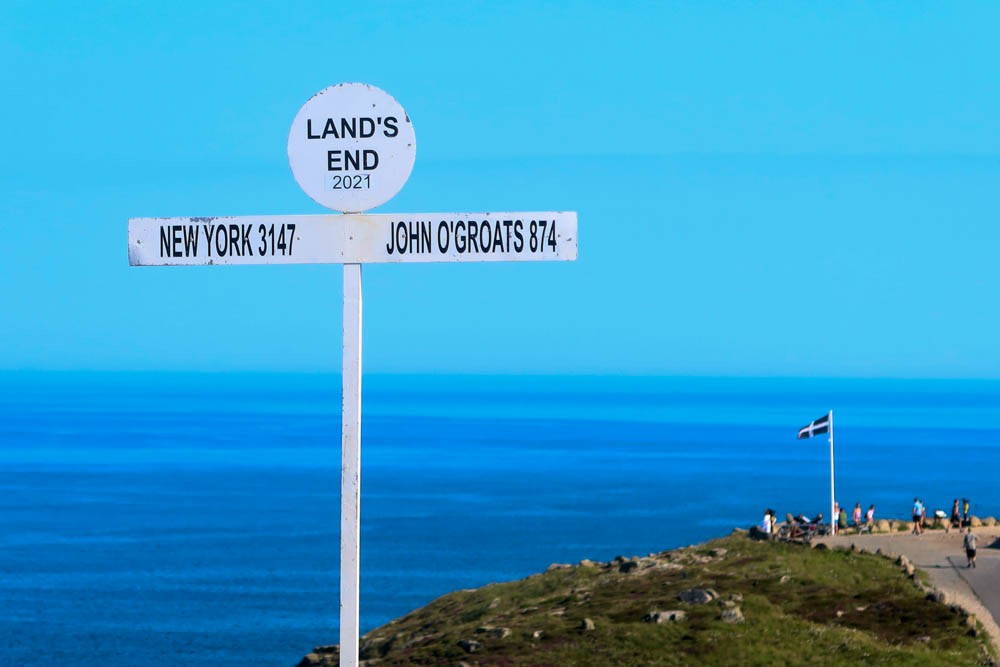 After Falmouth, it’s a fairly short drive to Land’s End – the furthest south-westerly point in the country. On the way, you could pop into Mousehole, an adorable fishing village with one of the most beautiful harbors in the country, and Porthcurno, which is famous for its telegraph museum and the Minack Theatre, a huge amphitheater that overlooks the sea. 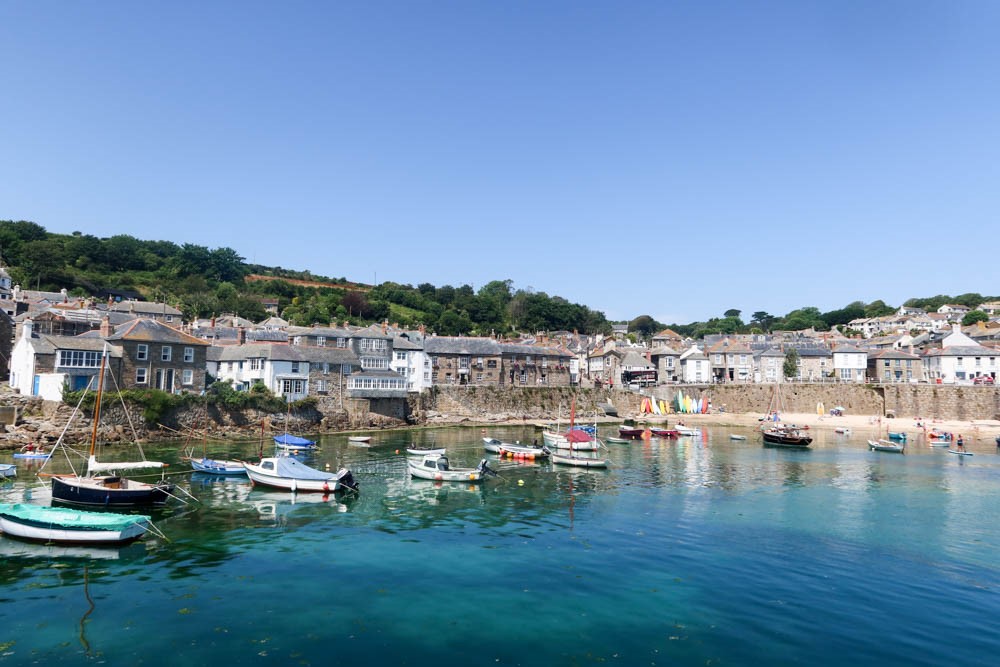 Land’s End is also close to some of the best beaches in the UK. Porthcurno Beach is near the town, and if you’re up for a hike you can walk from here to Pedn Vounder or Nanjizal Beach, both of which look like they should be in tropical lands. Sennen Cove is also very popular and is just half a mile from Land’s End.

There are loads of things to do at Land’s End itself, including various family-friendly attractions and epic scenery. Don’t miss sending a postcard from the first and last postbox in the UK and shopping at the first shop in the UK!

If you have time, you could end your day at St Ives. This is a charming and popular town that is famous for its art connections. If you’ve got time, visit the TATE St Ives and Barbara Hepworth Sculpture Garden to learn more about this. Alternatively, take a boat to Seal Island and see the colony of seals who live here! Or you could just grab a Cornish pasty and enjoy the harbor – just beware of the seagulls!

Land’s End Hotel is the first and last hotel in the UK – so it’s a memorable place to stay! If you are finishing the day in St Ives, Pedn Olva Hotel has epic views over St Ives harbor and lovely rooms. 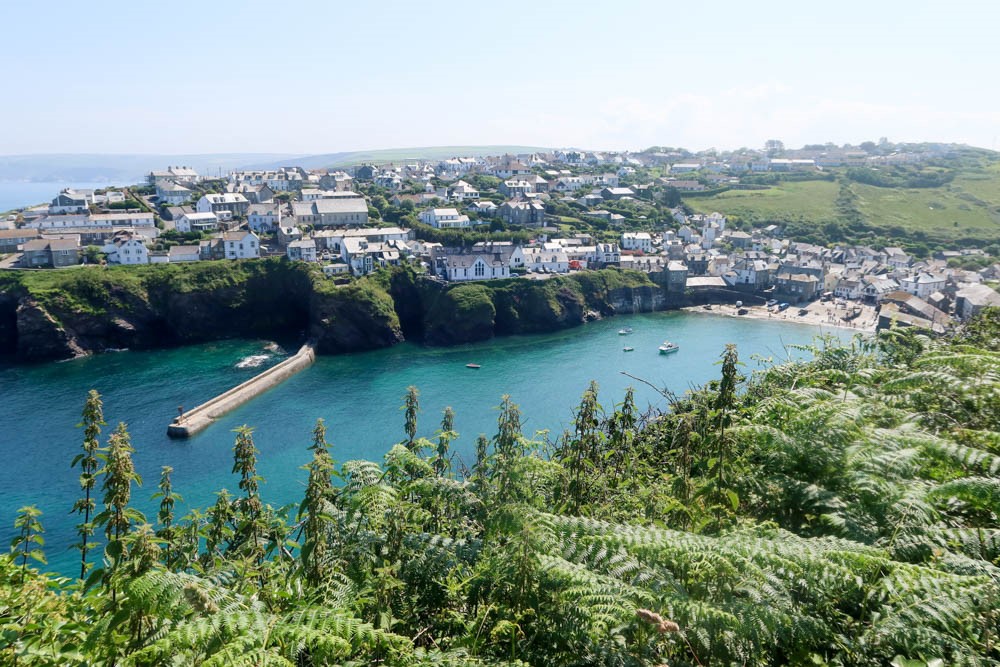 Back in east Cornwall, it’s worth driving along the north coast to see some points of interest. Port Isaac is where Doc Martin was filmed and is a staggeringly beautiful fishing village. It’s well worth a walk around, even if you haven’t seen Doc Martin. 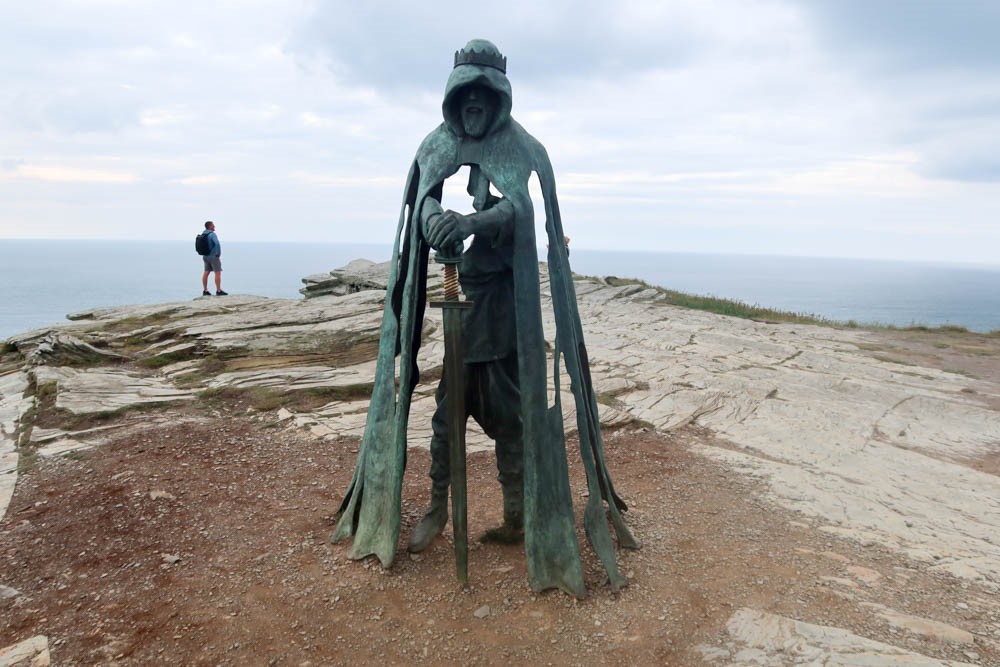 Tintagel is home to the legendary Tintagel Castle. This is allegedly where King Arthur was born and was the seat of ancient Cornish kings, and then a medieval dwelling that was owned by Richard Early of Cornwall. The castle is in ruins now, but it is a fascinating place to visit with epic views.

In Tintagel, you can also enjoy King Arthur’s Great Hall, the Medieval Hall House, and the Tintagel Toy Museum.

Then, drive along the coast a bit more to reach Boscastle. This is a beautiful town owned by the National Trust, with an epic natural harbor. You can walk from the village to the harbor, which is fairly easy and takes in some wonderful views. If you want a bit more of a challenge, it’s worth hiking on the nearby cliffs too.

If you’d like a bit more beach time, you can drive a little further down the coast to Bude. This is a fun surf town with two beautiful beaches – Summerleaze and Crooklets. There is also a range of beaches just a short distance from the town. 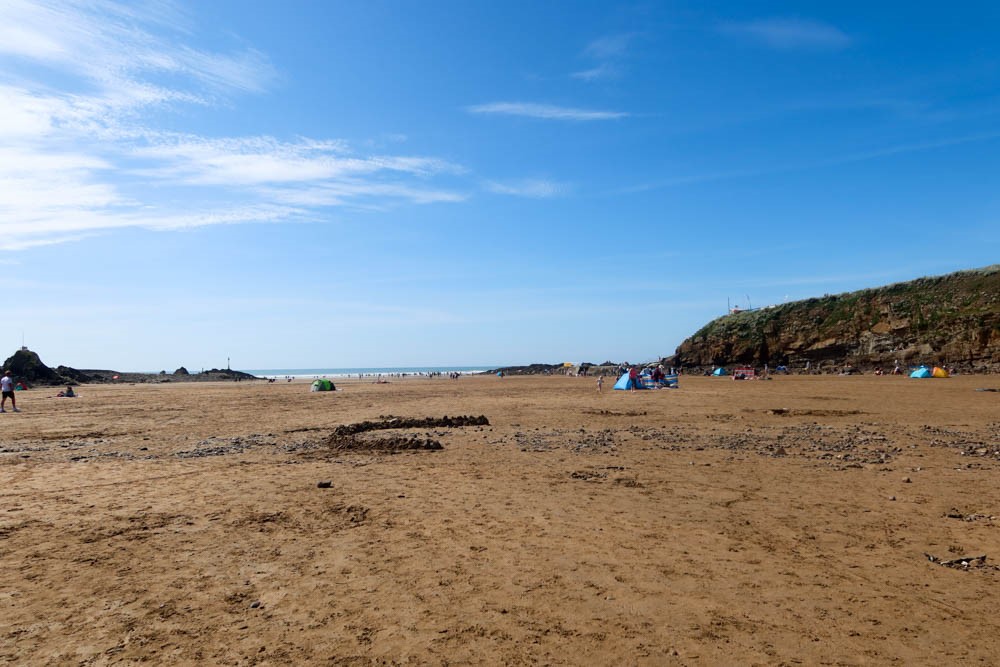 The Beach is a cozy hotel with epic views across Bude’s beachfront.

Exeter is a historic city in South East Devon. Although it’s not as large as the likes of London, Birmingham, and Manchester, it has a fascinating past that spans back to Roman times. It prospered during the medieval and early modern periods thanks to the woolen cloth trade. Although it was heavily bombed in World War Two, it still retains many of its historic buildings, including one of the most majestic Cathedrals in the country.

Some of the best things to do in Exeter include:

Headweir Mill House Hotel is a 200-year-old mill house that is set along the River Exe, close to central Exeter.

The Jurassic Coast runs from Exmouth in Devon to Studland Bay in Dorset and is a fantastic way to finish your South West England road trip itinerary.

You can easily drive to Exmouth (where there is plenty of parking by the beach) from Exeter and visit Orcombe Point, which marks the start of this famous coastline. Look out over the epic red cliffs, which are the oldest part of the Jurassic Coast. 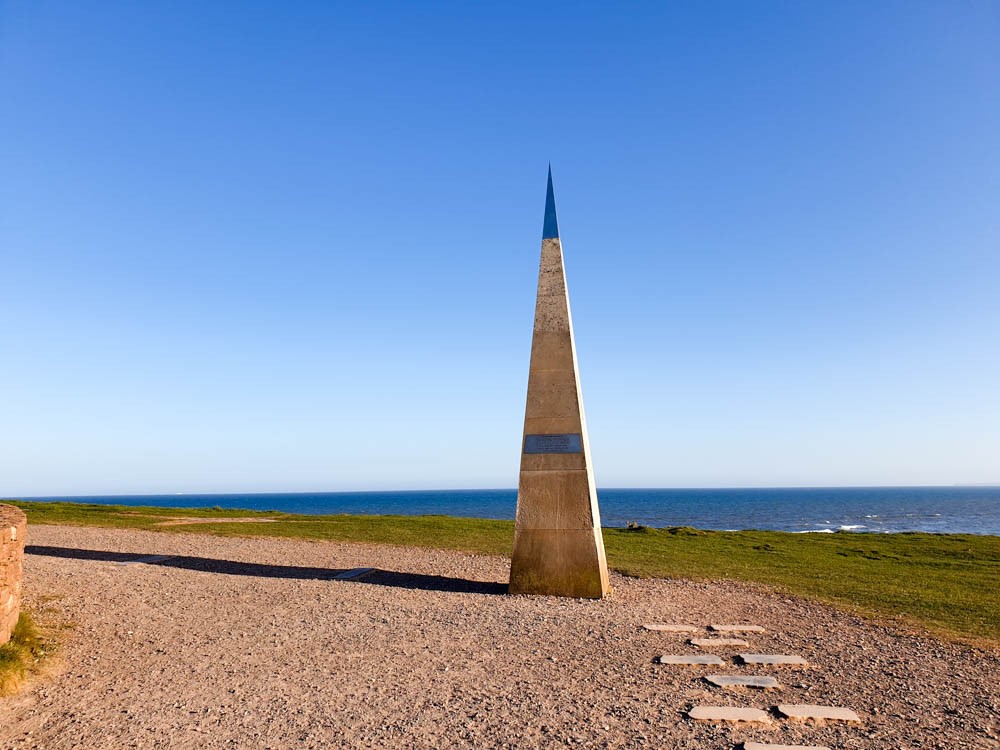 Then, drive eastwards, stopping in the beautiful coastal villages of Beer and Branscombe, the popular seaside resorts Weymouth and Lyme Regis, and the famous rock formations of Durdle Door and Old Harry’s Rocks. 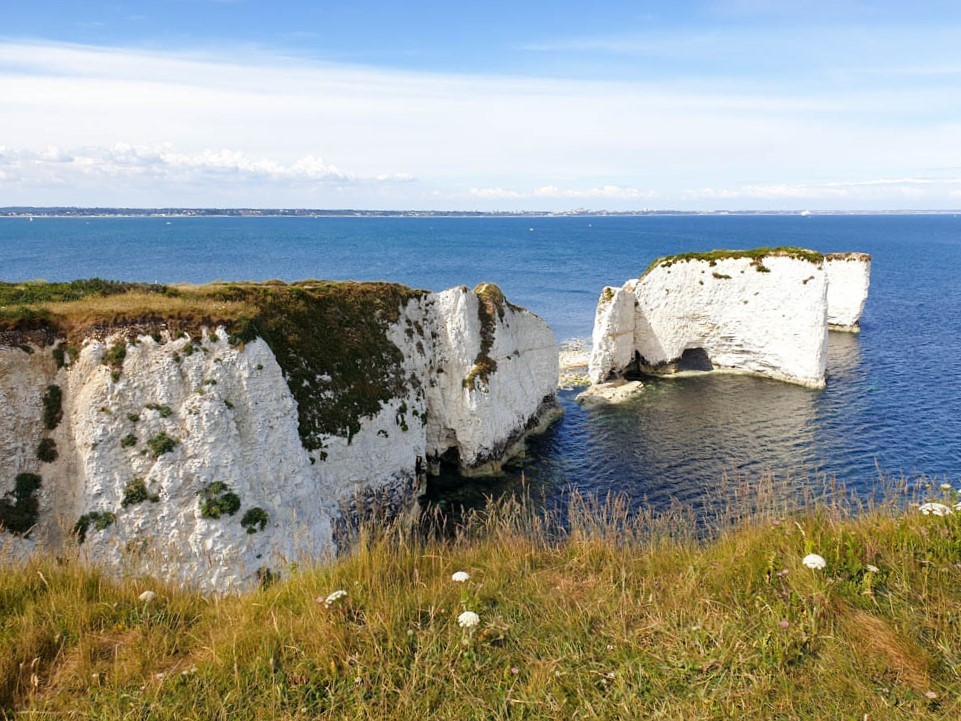 When you finish in Studland Bay, you can either drive back to Exmouth or Exeter or drive a little further to stay the night in the town of Bournemouth.

If you are staying in Bournemouth, the popular Cumberland Hotel is located right by the beach and has an outdoor pool.

How to get back to Bristol or London

There are also train and coach services from Bournemouth to London.

South West England is an incredible part of the country, and you’ll have seen the very best of it on this road trip! 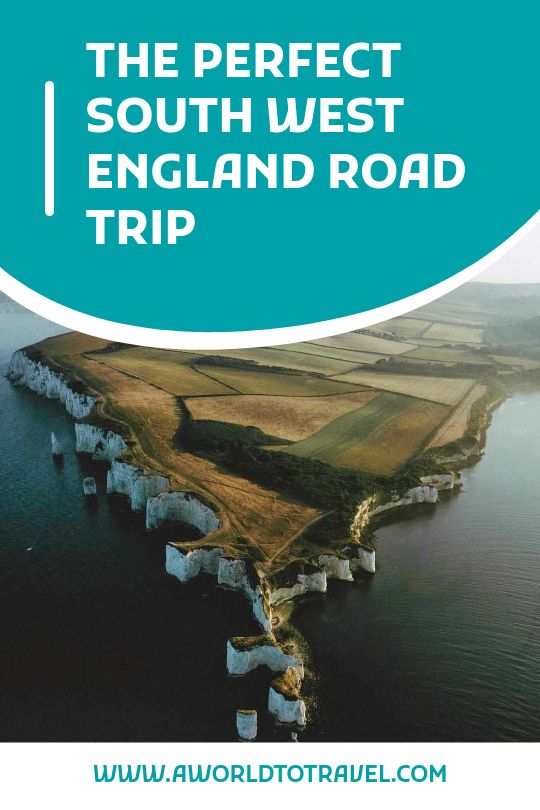