VIDEO: My Luxury And Sustainability Adventures in South Africa

Looking back to last year adventures, there’s a jewel that shines on its own. A new land I dreamt of exploring for a long time. South Africa!

Now picture this. An invitation by the very own South Africa Tourism division to uncover some of the most unique experiences around the country along a bunch of travel bloggers (some of them my friends already! Like the South Africa knowledgeable and Johannesburg local Meruschka Govender aka ‘Mzansi Girl‘, the most hilarious Indian food blogger you could possibly ever come across Roxanne Bamboat ‘The Tiny Taster’ and the Brazilian globetrotter and all-time camera-ready Gaia Passarelli that I met during my Indian adventures in Kerala), photographers and filmmakers.

I couldn’t believe such goodness was coming my way!

And so at the end of last April, coinciding with mid Fall in South Africa, I canceled all my other travel plans, headed South instead, landed in Johannesburg, and immediately was welcomed as ‘sister’ by the customs officers. Off to a great start!

During the next two weeks, I traveled from Johannesburg to Cape Town, Stellenbosch, Phinda Game Reserve and finally Durban, a city that could easily top my list of cities where I’d move in a heartbeat thanks to its magnificent scenery and endless things to do (like jumping off Moses Mabida stadium yup!). 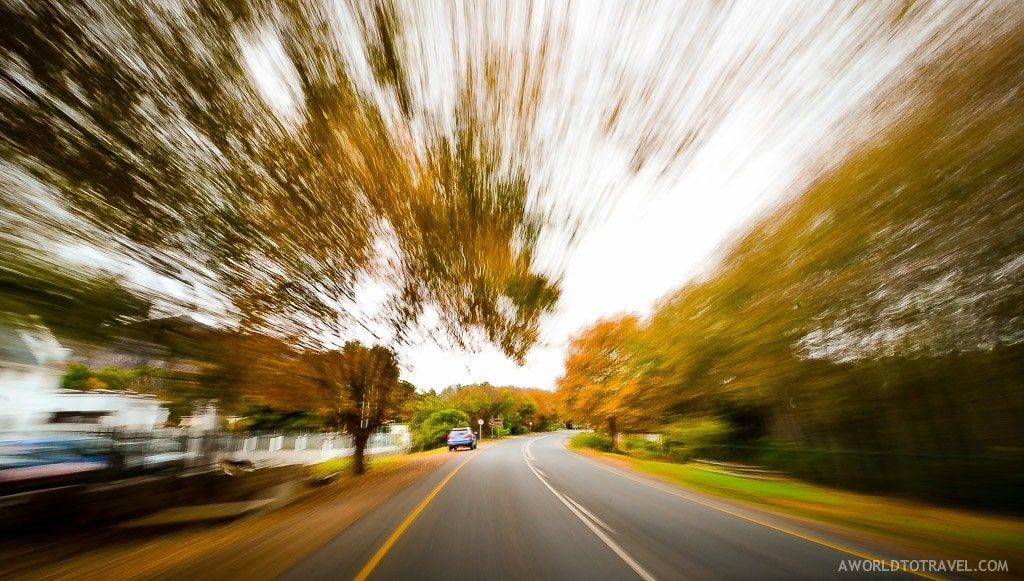 Not long ago, a blogger colleague asked me which country I’d recommend to travel to in 2016.

My answer was pretty straight forward and surely doesn’t come as a surprise after the previous lines. 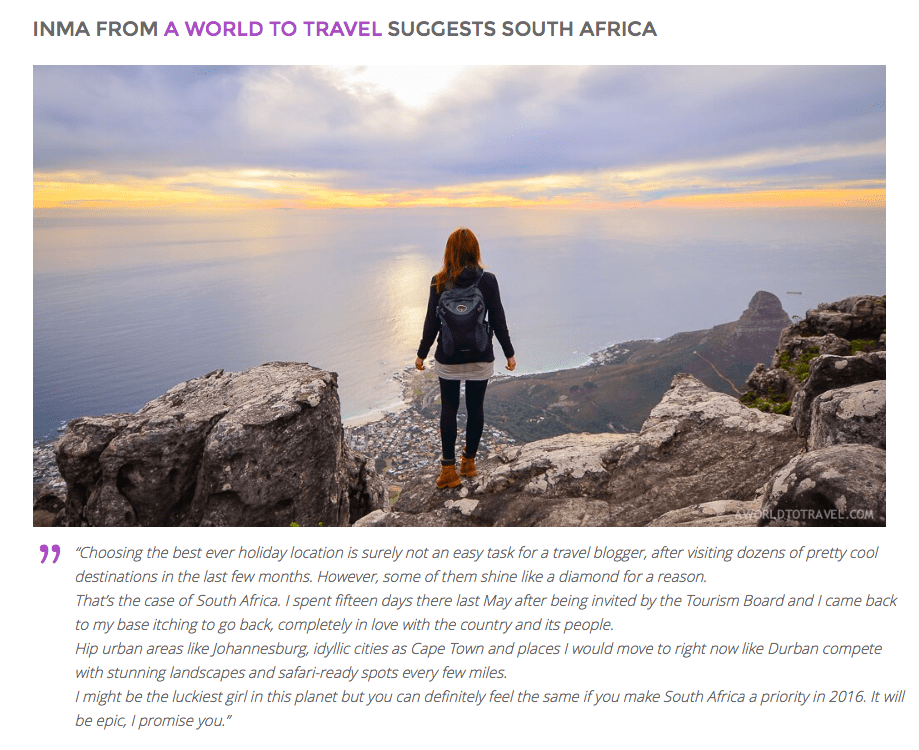 But more on my South Africa impressions on a few days (did I tell you I will be posting exclusively about this country for a whole week next month? Excited to show you the country that stole my heart last year!) and now let’s get back to this video the talented South African filmmaker Lloyd Koppel put together after roaming around its own land as we explored the country’s most sustainable and luxurious sides.

Whether it was having dinner at a very touristy but also authentic restaurant that served only traditional dishes in the Mother city, jumping with excitement on the top of a 4 wheeler as we tried to get a peak on some of the Big 5 (African lion, African elephant, Cape buffalo, African leopard, and White/Black rhinoceros) at Phinda private game reserve or cruising on a yacht towards an exquisite sunset over champagne at Cape Town’s Bay, this guy captured the light and atmosphere of our enjoyment as not many would. For that, thanks so much!

And thanks to South Africa Tourism for sharing their country with us too. It was an unforgettable journey!