Prague is a magical city of cathedrals, bridges, and gold-tipped towers.  The Vltava River, populated with swans, is an iconic European image that beckons visitors from all over the world.  For more than ten centuries, Prague has been an epicenter of culture and history, starting in its medieval center of cobbled lanes and walled courtyards.

The wonder, energy, fine dining, music, and history make Prague a must-see city for anyone wanting to experience that part of the world.  Regarded as one of Europe’s most charming and picturesque cities, there are many sights to see and cool districts like Holesovice to explore.  Here are some of those not to be missed, especially on one’s first trip to the historic city.

As the largest castle complex in the world, Prague Castle is also a historic and beautiful place.  Dating back to the 9th century, the castle surrounds St. Vitus Cathedral, and bears the marks of each historical and architectural era it has survived through.  Even today, the castle serves as the seat of the Czech government.

The castle is not just a single structure but is a sprawling series of connected palaces and buildings, gardens, and courtyards that cover 230,000 square feet.  Visitors often spend the entire day exploring the grounds, appreciating its history and beauty.  Specific sites not to miss within the castle complex include the Gothic St.Vitus Cathedral, St. George’s Basilica, and the well-preserved medieval Golden Lane.  Additionally, the Prague Castle is home to the Bohemian Crown Jewels, priceless works of art, and is the final resting place of the Bohemian kings. 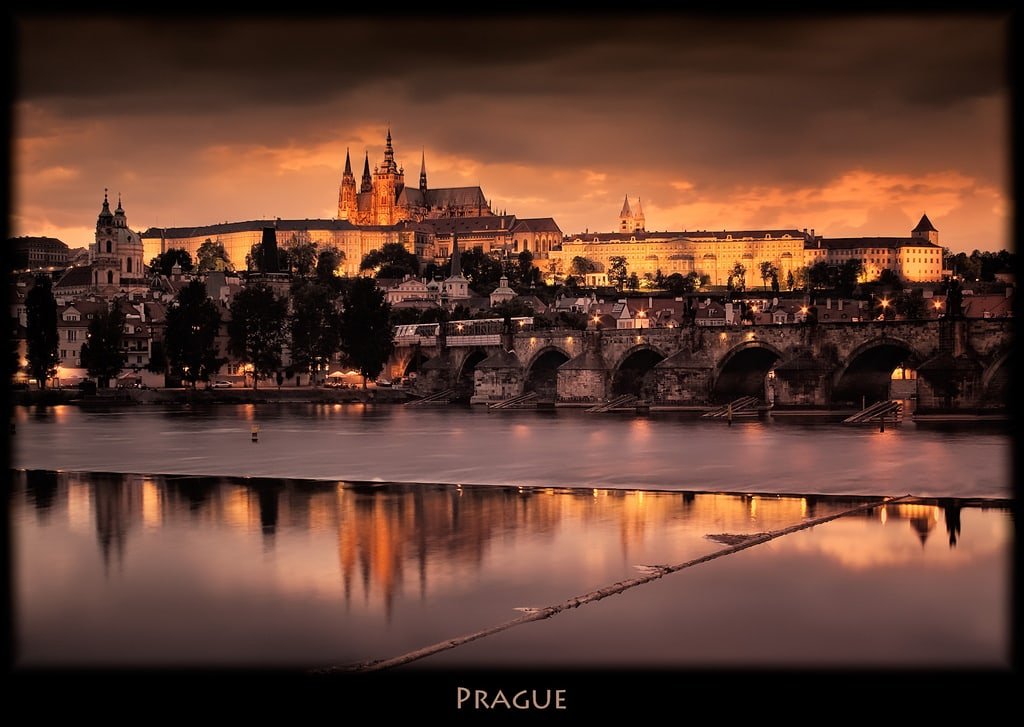 A trip to Prague would be incomplete without a visit to St. Nicholas Church (Mala Strana).  An iconic aspect of the skyline, it is perhaps one of the most significant buildings of Prague’s Baroque period, consisting of a copper dome and belfry.  It is a pristine example of High Baroque architecture, though it was originally an Early Gothic church dating back to the early days of the 13th century.

The church and tower both have a long and rich history, with the bells playing a significant role.  The belfry was a strategic watchtower through 1891, with watchmen ringing the bells in the event of emergencies such as invasion or fire.  During the communist regime, the tower was used by the secret police to spy on the city.

Another iconic landmark that is not to be missed is Vyšehrad, comprised of a sprawling, walled fortification that dates back to the 10th century.  Vyšehrad is actually home to a few different historic sights including the Gothic Church of Saints Peter and Paul, the Romanesque Rotunda, and the Slavin Cemetery.

Though it is possible to see much of Prague on foot, renting a car online is also an option for those that want to explore the area a little more widely.  However, it is important to know a few things before getting behind the wheel.  Though it is not necessary to obtain a special license, it is quite possible that some will need to obtain an International Driving Permit, available from most driving organizations, such as AAA.  The Czech Republic practices a zero-tolerance law for drinking and driving; therefore blood alcohol level must always be zero.  Additionally, all drivers are required to keep their lights on while operating the vehicle and have a first-aid kit inside the car.