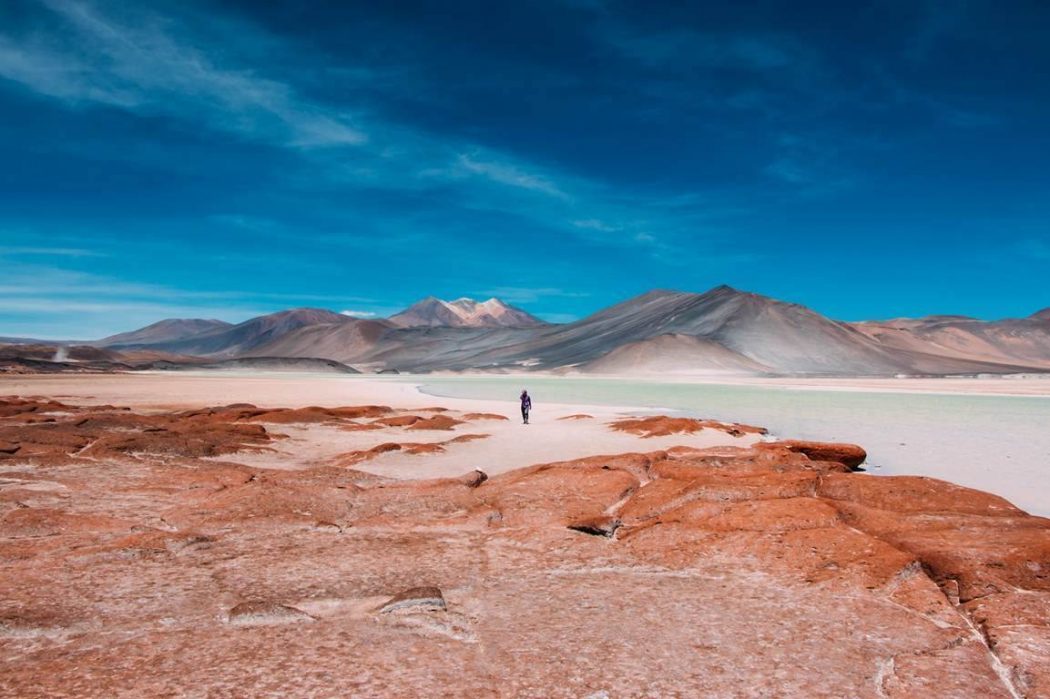 With continued unrest in the Middle East and a rising threat of terrorism in the rest of the world, travelers are always uneasy when it comes to deciding where they want to take their next trip to. Latin America is one of the most beautiful places you can visit, especially since the Central and South American countries have been consistently receiving a lot of praise according to the Global peace index lately.

The Institute for Economics and Peace put forward the peace index, which calculates all indicators for domestic and international conflicts after which many countries are rendered safe for travel.

Contrary to popular opinion, Latin America countries are not wrapped up in gang wars and are stunningly beautiful. The image of the continent set up in our minds (thanks to action-packed Hollywood movies) is not based on any factual basis. There are countries in South America with almost no crime rate and are safer than some places in the United States itself.

To present a list for your next visit, here are the top destinations and safest countries in Latin America that are not only beautiful but also safe and peaceful for a fun a visit:

Though the Amazon may not be a country in itself the thick rainforest covers about nine countries in total which earn it its very own place on the list. Many hikers, thrill seekers, and adventure enthusiasts travel across the world to visit The Amazon and to experience raw nature in its pure beauty but while you make your way here, you should know that the Amazon is a very safe place to travel when it comes to the crime rate. Spreading throughout Peru, Brazil, Ecuador, Colombia etc., the states take safety precautions very seriously.

Guided tours are also arranged for those who want to experience the mystifying wonders the thick forest has to offer. The isolation of the forest itself greatly contributes to the general safety of the forest, which means that it is safe from many crimes still present in numerous cities. Most inhabitants of the forest are generally villagers.

If you’re still not too sure about packing your bags and experiencing nature in its raw form, many river cruises take you across the Amazon. These tours are completely safe and secure from any local crimes you are worried about.

You may have seen characters in movies with their customary handcrafted garments and fabrics; they are traditionally the pride of Peru. Owing its fame to the landscape and its beaches, the country is also a jackpot for all history lovers out there. Ruins of the Spanish conquest and from the Inca Empire still stand tall to this day. Machu Picchu, the fortified town that the invading Spaniards were never able to find rests at the top of the Andes to this date.

If you want a more upscale environment, Lima offers good surfing, exotic beaches and a light sound show amongst the gush of fountains. There are also several campsites for camping overnight.

When it comes to safety, the crime rate in Peru is almost close to nothing and same as that of Argentina, the crimes that foreigners are subjected to in other countries are even lower in Peru. There are no special travel warnings offered by the state department which means that Peru is definitely one of the safest places around.

Ecuador is filled with one of the most beautiful places you can visit, and one of them is the Galapagos Island. Mentioned countless times for being the birthplace of numerous exotic birds in Darwin’s book, Galapagos Island has done justice to every praise it has ever received.

When it comes down to the security of the place, Ecuador has never had serious threats nor are there specific risks that could harm you. The serious crime rate in Ecuador, as stated by the State Department, merely asks for general safety precautions you should take no matter where you go. No immediate risks to safety are related to Ecuador, especially the Galapagos Island.

To sum it up, Ecuador is a safe place and require no strict security measures. The biggest problems travelers might face are the ones involving credit card fraud and pickpockets which are not unheard of no matter where you go. Express kidnappings that involve the withdrawal of money while being forced is something you need to be wary of in almost all countries.

Visiting Ecuador does not require you to get vaccinated but in order to ensure safety in all forms, it is best if you have been vaccinated for measles, mumps, and rubella.

For many years Costa Rica has been one of the safest countries in Central America. It termed as the Switzerland of Latin America because of its unwavering beauty and very strong political stability that has ensured peace for almost 70 years.

When we talk about safety, the definition of the word itself differs from person to person. When it comes to the safety in terms of a person’s physical well-being, then it’s safe to say that the water in Costa Rica is quite nontoxic to drink and has not known to cause any serious illnesses in years before. The healthcare system is very efficient and is accessible throughout. Local clinics are present throughout the country with the addition of world-class hospitals and doctors.

The general environment of Costa Rica is very warm and welcoming. Crime rates are low and the most common crime that is found in every country and city of the world is theft. No place is safe from thieves so if you follow general precautions that you would in your hometown, you’d be fine and have a wonderful time enjoying this little paradise.

Panama has now started to receive a lot of tourist attention and all for the right reasons. With this increasing influx of income the country makes with more tourists, the police department is always on their toes and very vigilant. The crime rate has decreased massively in past few years however there are still a few places one should avoid when visiting Panama which include the areas surrounding the Colombian border, but other than that the general crime rate is not bad at all. The safety departments in Panama advice tourists to always keep a guide with them and register with SENAFRONT which is the border control before entering the country.

The unsafe places in Panama have already been listed on their state website and are highly discouraged. Even though the coast and borders have full security, visiting it still may not be the best idea. Take general precautions one needs to take while traveling and you’ll have a great time.

Chile is a beautiful place to plan for if you’re going to come to South America. Chile has always had a certain touch of diversity and is known to have a little bit of everything which makes a lot of sense when you flex those brain cells and see its geography. It has the Pacific Ocean on one side, the mountains in the east, a historical land of Peru in the North and Antarctica at its southern hand. There’s no place that offers such diversity and a handful of options. You can visit the driest desert (Atacama Desert) and climb mountains to photograph volcanoes in the same area but if you’re in the mood for snowboarding, that could be arranged too.

You obviously cannot see everything on your very first visit unless you’re planning on staying for a couple of months or planning on making a long-distance move there. The mysterious Moai, the marble caves, snowboarding, and the many volcanic mountains are some of the places too good to miss but is all the beauty worth it when it comes to safety?

Lucky for you, Chile is considered generally safe and many visitors have left with happy memories and faced no dangerous incident. Street crimes, however, are common just like in any other city but they are not out of control. Bag snatching and pickpocketing may still be a factor but Chile. The same general safety rules should be followed in Chile just like any other place.

Being the second largest country in Latin America and probably the eighth largest in the world, Argentina gets tons of tourists every year. The country shows off its remarkable landscape including the snowcapped mountains and heavy glaciers. There is a whole national park dedicated to the beauty of glaciers and people from around the world gather to witness the wonder Mother Nature has to offer.

Argentina is home to Buenos Aires, one of the party central cities in the country, responsible for arranging festivals every year as people attend and lose themselves in the wonderful shopping and party experience. Open for a number of sports all around the year, Argentina is filled with vineyards and a guided tour is all you need for a perfect evening out.

According to the global peace index, Argentina is pretty safe from vile crimes one might expect from a Latin American country due to stereotypical views. The state department does order the general safety and security precautions that people should consider but other than that it’s a safe place for you to relax. Statistics show that per 100,000 people only 7 cases of homicide are observed per year which is extremely low, even lower than the rates in the United States.

Head here for some of our favorite tours.

One of the least well known and smallest countries in South America, Uruguay offers its resorts, beaches and adventurous theme parks to tourists. From hot air ballooning to fishing, this place has it all. People looking for a more relaxed vacation would love to hear that Uruguay’s wine is exquisite and the use of marijuana for recreational purposes is completely legal.

On a crime level, the country is very safe to visit and explore as the homicidal rate is the same as that of Argentina. It is also considered as one of the safest places one can visit in South America. 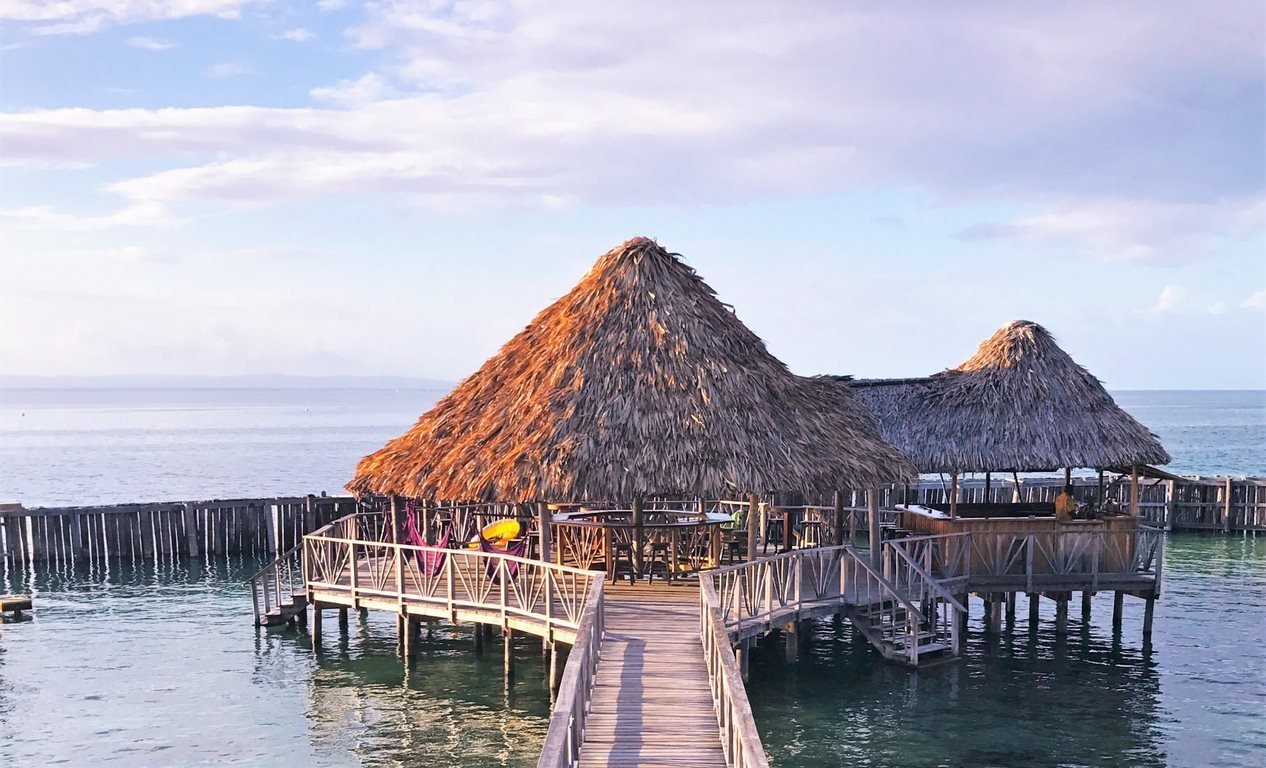 There are many people still unaware of the beauty this small country holds in itself. Cloaked by the Yucatan Peninsula of Mexico, this country has exponentially improved its market in terms of tourist influx in a matter of years. Maintaining its high-end luxury resorts for a perfect getaway and a quiet, peaceful time, this place has proven itself worthy to be on your traveling bucket list. Those passionate about scuba diving can indulge themselves in the world of the Belize Barrier reef which is the second biggest barrier reef in the world. For people who like to explore the country by land, Belize offers a pretty thick rainforest filled with exotic birds as well as ruins from the Mayans.

No serious warnings have been given to the tourists visiting Belize but the government does advise visitors to steer clear of some parts of the country. The homicidal rate in Belize is fairly higher than the cities mentioned before but there have been no reported cases of any foreigners getting attacked. Apart from this, the threat of terrorism is drastically low so with proper precaution, you can have a wonderful time in Belize.

If you’re all in for scenic beauty, Paraguay is definitely a must. Blessed with waterfalls, gorgeous landscapes, and natural lakes, Paraguay also offers a historical trip down the lane for those interested in its rich past and history, especially when it comes to railway travel.

No specific safety warnings have been regulated by the state itself as the country is ranked the fifth safest place in South America by the global peace index. Since 2002, the crime rate has come down tremendously and it should definitely deserve some tourist attention.

Now that you are aware of the safest destinations in Latin America, how about checking the safest countries in Africa?