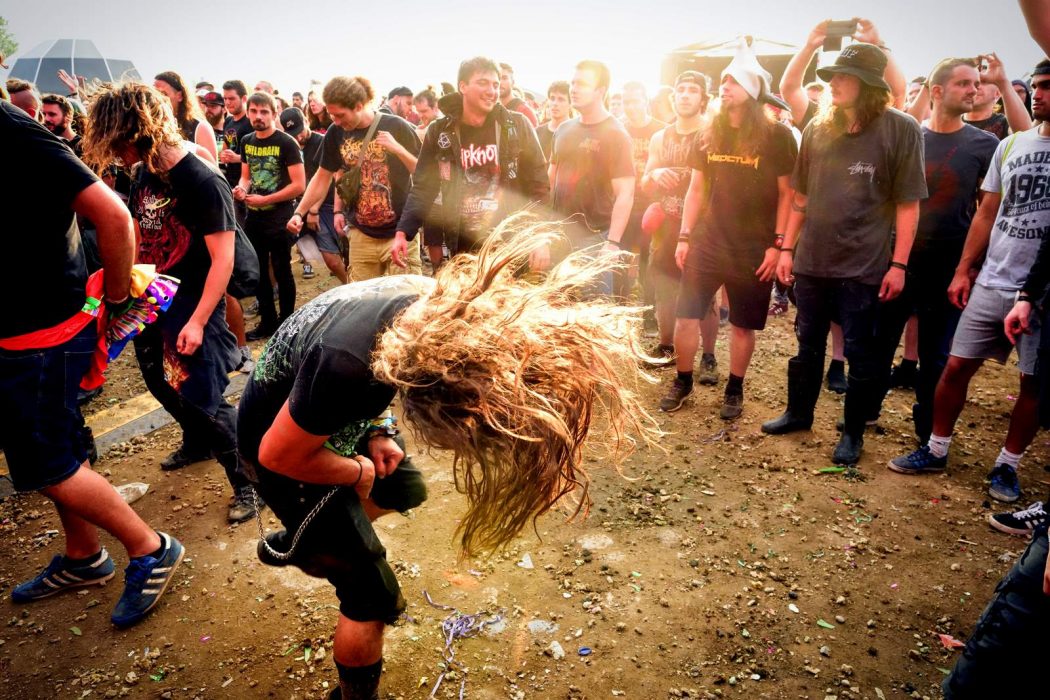 It is not difficult to fall in love with Resurrection Fest. And it’s not just us stating it. This festival, which has just held its 14th edition, has gathered a steadily rising legion of fans since its inception in the seaside village of Viveiro – north coast of Galicia, Spain. Over 100,000 people attended it this year, and for the vast majority (judging by the comments on social media networks, quite symptomatic these days), it was one of the best to date.

But what is it that year after year attracts so many people to this quiet town?

What started as a single act, put together by a group of young enthusiast of hardcore metal, has become a staple in metal music calendars in Spain, and even beyond.

Truth is, Resurrection is no longer an exclusively metal rendezvous, since punk has lately become as prominent as its far-fetched brother in music. Legends as NOFX, Bad Religion or Refused play live on stage with the likes of Motörhead, Korn or Megadeth. Some will find this mixture of apparently opposite worlds disturbing, but the fact is that the blend works, and the ever-growing success of the Resurrection Fest is all the proof required to state so. All in all, one of the best events of its kind in Spain, and the perfect excuse to enjoy the Atlantic coast under the (possibly clouded) summer sky.

– Alberto Gregorio is a regular contributor to A World to Travel and a metal music festivals addict.

What makes it one of a kind for us is the epic bits it is made of. Here is our selection of unique moments and memories of Resurrection Fest 2019 that will remain in our memory after another magnificent edition:

1. Lamb of God and its convening power when asking for circle pits. We could see at least six happening at the same time from the Pandemonium area, higher than the region in front of the main stage and the place to witness everything from above.

2. Everything we missed on Thursday – we could only attend Friday and Saturday – and we were able to live vicariously through social media: the thunderstorm that lightened up the skies during the legendary final act of Slayer in Spain, the fire-filled staging of Australian metalcore band Parkway Drive, and the instrumental display from Toundra, which we enjoyed at O ​​Son do Camiño last year, among others.

3. How satisfied the Within Temptation headliners left their hesitant crowd. The haunting voice of Sharon den Adel’s haunting voice, and the non-stop visuals of this Dutch symphonic metal band as opposed to the pyrotechnic displays of others, saved a show that started with less decibels than it should but that, song after song, came to a common ground and finally a true communion with the audience.

4. The need for bigger arenas for some bands like Avatar, who put their mesmerizing circus sideshow in the Ritual stage (second largest) when it was clear that they deserved the Thunderbitch (main).

Or the Basque thriller-rock band Cobra, which should had played in the Chaos instead of in the Desert stage, slightly away from the other three. Something that, undoubtedly, cut short the audience in their gigs.

5. The fuss that YouTubers and influencers caused among the public. Many complained about how disturbing was their presence on stage. To stir things up, the closing on Friday and Saturday was trusted to Rockzone DJs, linked to the American Socks brand, who retained the dancers to keep the bus queues swift. Nevertheless, almost no chronicles discussed their two sessions whatsoever. Oh well, I guess it’s impossible to please everyone!

6. How we witnessed the brew of an image that went around the world.

It was not the first time in this edition (as it happened during Gojira, Arch Enemy, and Trivium‘s gigs) that the public lifted Alex, a boy in a wheelchair, to enjoy a bit of crowd surfing. Neither was it done due to the lack of platforms enabled for people with reduced mobility, as there were several within the festival grounds. It was just a great gesture that moved many. You know, metalheads are also human. In fact, they are one of the cleanest and most respectful crowds we’ve seen at music festivals so far!

7. How much nicer was camping B (than A, we slept one night in each one of them. Not our choice, just how things worked out!). B area had people enjoying the place without disturbing the rest and plenty of shaded area to pitch your tent. Win-win!

8. The overenthusiasm and excitement of the fans of some bands, like Berri Txarrak and the headliner Slipknot. In both concerts, their songs were sung by heart. And, let me tell you, one thing is that a mostly Spanish-speaking crowd recites mythical themes from a well-known band in English, but to do so in Basque takes things to a whole new level.

9. The large amount of people inside the festival at all times, and the flawless coordination that made everything run smoothly. Even when the concerts had to be temporarily postponed due to a thunderstorm on Thursday. Exemplary behavior, once again.

10. The trance mode Cult of Luna induced on us given the perfect union of sound and light of their show. Almost cried. 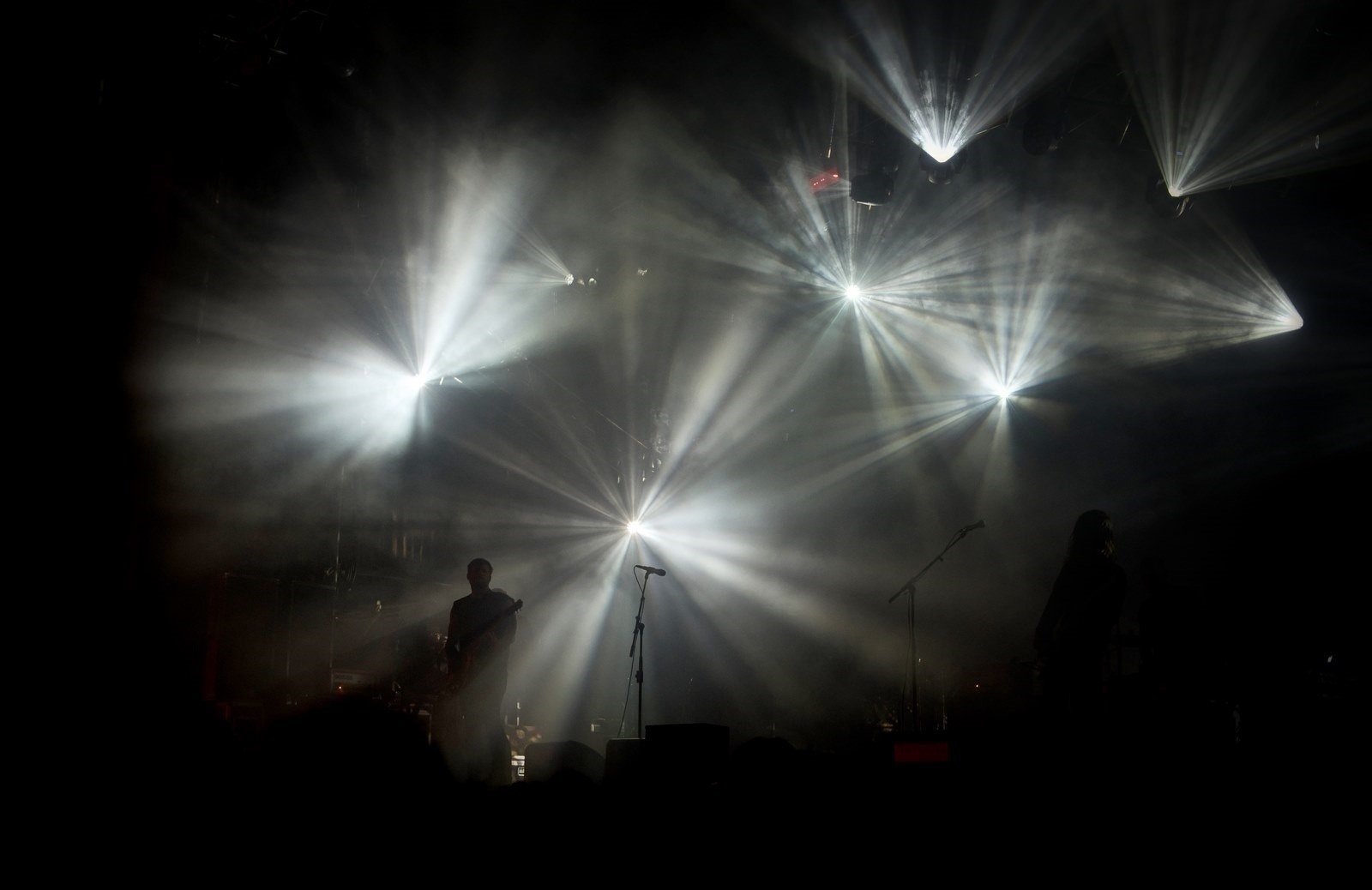 11. The largest safety checkpoints we’ve ever seen on the road towards Viveiro. One of them had over 25 police cars. Insane.

13. The many things that the little ones enjoyed thanks to Resukids (the ultimate festival experience for kids between 3 and 12 years old) during this edition. We were able to see them with Toundra on Thursday, on the main stage on Friday, and again with Berri Txarrak on Saturday. It is clear that they are here to stay, and that it is very likely that when they grow up they will continue to come to this metal festival. At least, this is what their parents seem to want to instill in them, who in turn can enjoy the festival without ties.

14. The good service and stash of alcohol-free and gluten-free beverages of most festival bars as well as the outstanding assortment of food stalls to rejoice an increasingly exquisite customer base. Or one that has more food intolerances, allergies and such. Which became excellent within the Pandemonium zone, where there was also a Galipizza pop-up restaurant open until 2 in the morning. I almost cried with happiness again.

15. The clash of bands – as it happens everywhere really – that resulted in legendary bands such as the Swedish punk skate band Millencolin having a scattered audience.

16. The swift queues and relative cleanliness – and paper! – of the toilet stalls. Except for the sewage runoff that started near the female-only Ritual stage toilets.

18. The flawless canvas of Converge in the Chaos stage. 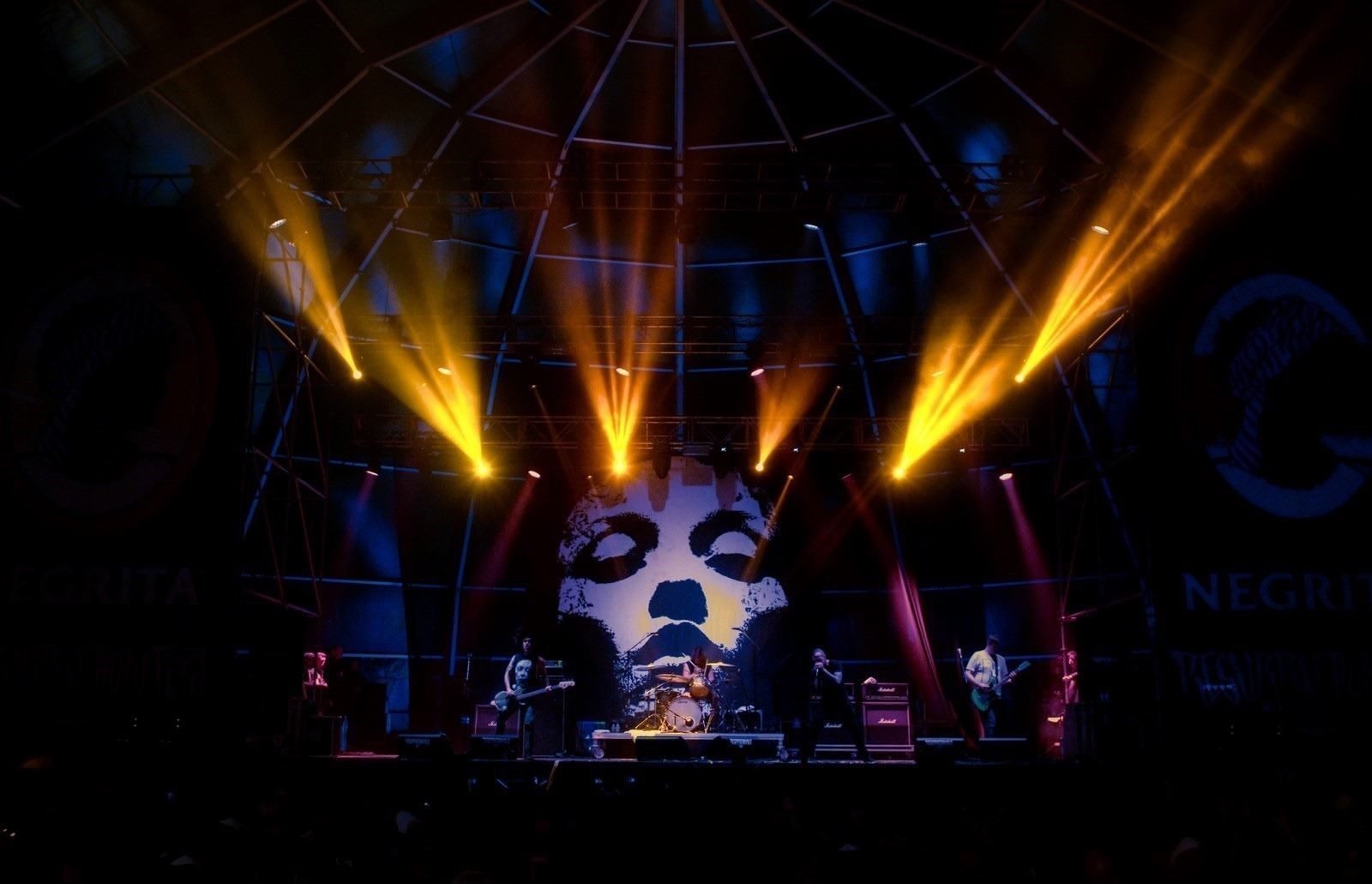 19. The laid-back botellon (a socializing-while-drinking kind of gathering) taking place in the second half of the audience during Testament‘s show. Fatigue after three days of partying? Could be.

20. The Resu costumes. From vibrant tutus to Marvel classics, master Mutenroi, Dr. Zoidberg, fetishism, Viking fashion, costumes with cosplay features and others; Resurrection Fest seems to be a foolproof place to unleash hidden identities. Why not. We will try it in the next edition!

Although, to be honest, we always say that in the next edition we will disguise as something or someone, but then we are too lazy for it.

See you at Resurrection Fest 2020!