Renting a Vintage Camper Van to Surf in Portugal

Have you ever wanted to jump in a VW camper, hit the open road with a surfboard strapped to the roof and spend a week driving from surf spot to surf spot without a care in the world?

For the longest time, I did, and yet it seemed impractical. First off, I don’t live anywhere near the ocean, I don’t know the slightest about buying a camper and, well, I don’t even have a surfboard.

And yet still I couldn’t get the seductive idea of “van life” on the road with perfect surf around every corner out of my head. So, my girlfriend and I decided to test it.

A Testing Approach to Travel 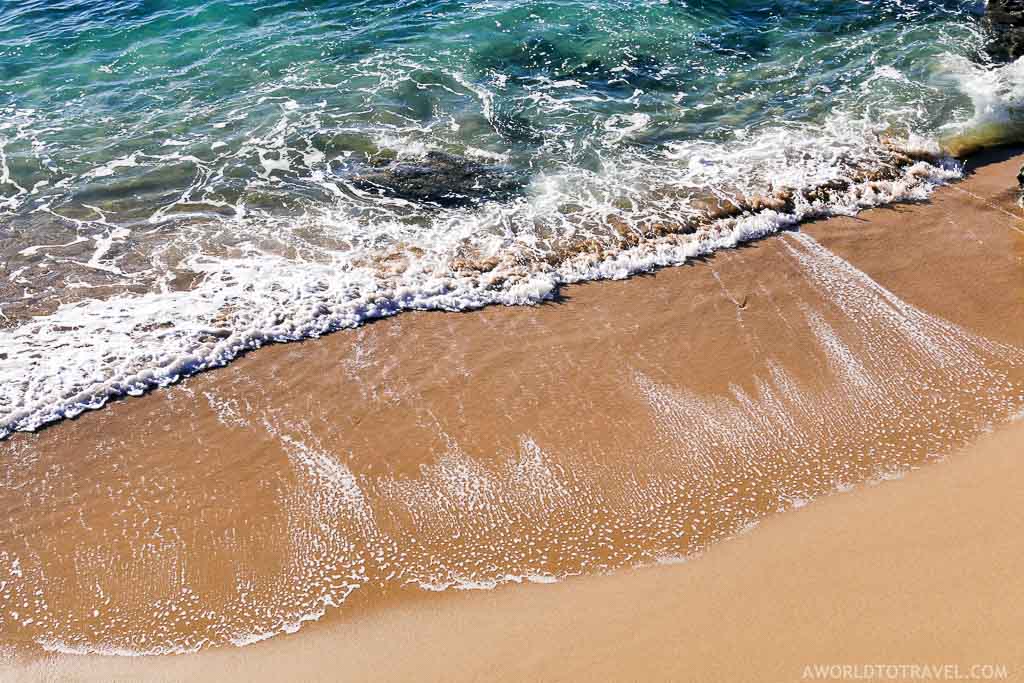 I’ve found that I sometimes dismiss ideas for travel as too complicated. Buying a van: that’s too much work. But the reality is that you can easily test out the idea. You can rent a VW camper for a week, and suddenly you’ll have a much better idea of whether it’s for you.

Sure, it’s a little expensive to rent, but you also avoid a potential loss if you buy a camper (there are a bunch of great VW camper vans for sale in Portugal) and all the equipment, and you realize that it’s not for you.

Finding A Camper to Rent

It’s easier than ever to rent campers these days. Airbnb-style marketplaces for RVs or campers have started to pop up where you can privately rent from owners who aren’t currently using theirs. You can also find plenty of commercial operators renting vans. The prices vary considerably depending on the season with prices the highest in the high season from July to September.

May and June are mid-seasons, so it’s a great time to get a lower price while the weather is still very warm.

While in Portugal we saw a lot of Indie Camper vans, which were modern Fiat vans converted into campers. They looked comfortable, but we wanted something a little less modern, so we ended up renting a vintage 1989 VW Transporter camper. Gotta love old-fashioned and vintage camper vans!

Her name is Charlotte: 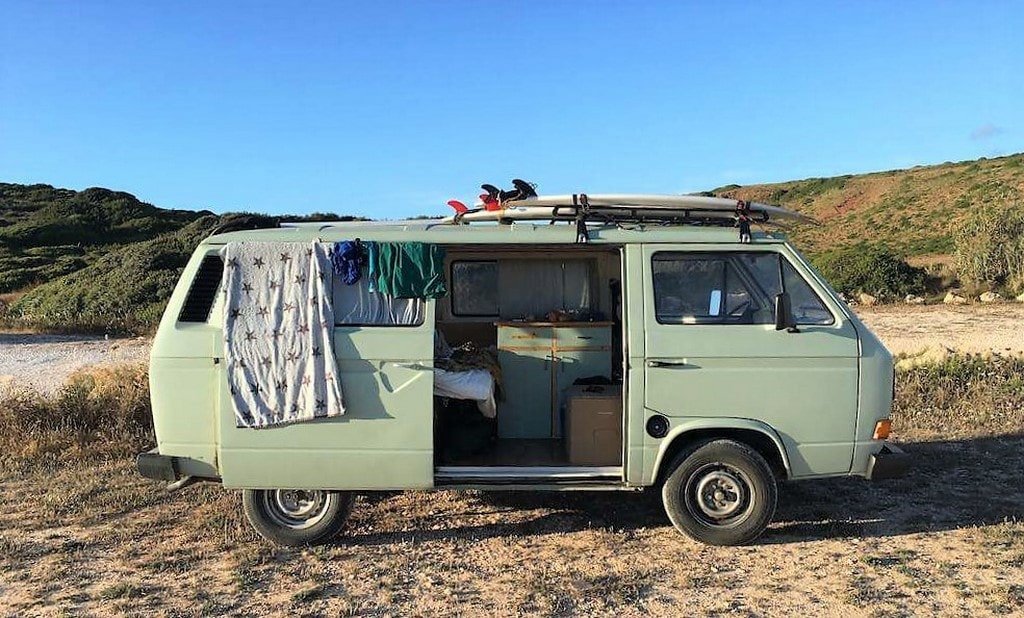 We picked our vintage camper van up at the Lisbon airport and headed down the cost along with a pair of surfboards towards the south of Portugal. 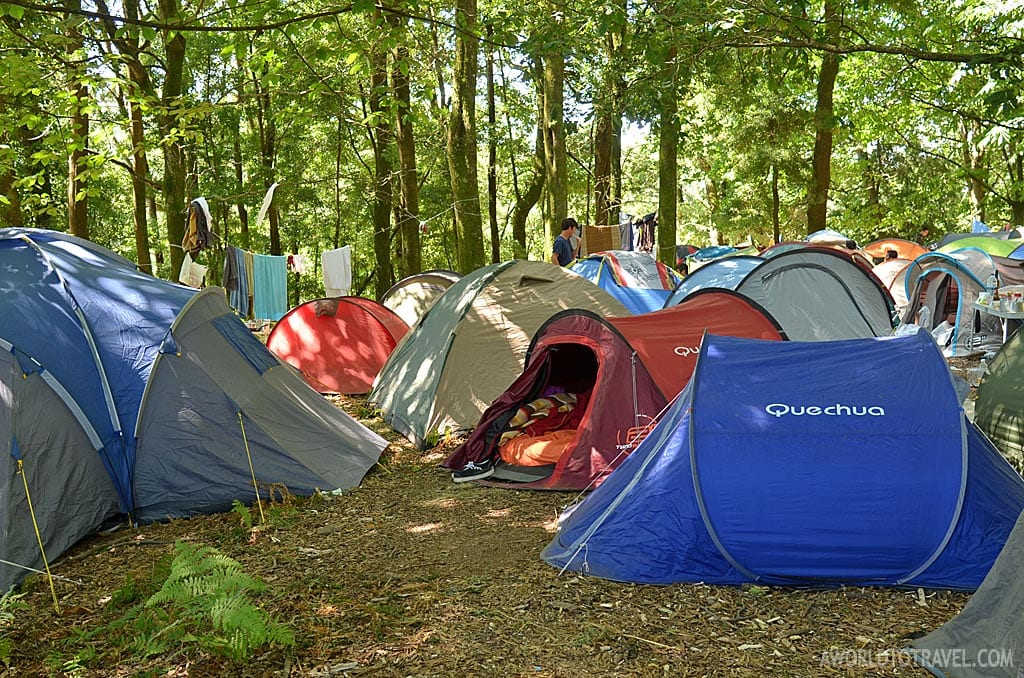 Portugal has plenty of campsites dotted along the coast with the price for 2 people and a camper at around 15 Euro/night. The first night we spent in a campsite about 40 minutes from Lisbon. We’d heard that camping on the beach was widely practiced, but we didn’t want to risk being woken up by the police on our first night.

Over the next couple of days as we drove down the coast we quickly learned that most people just stayed in their camper in the car park near the beach. The addition of a solar panel on Charlotte and a USB car charger together with the blue skies meant that we were independent in terms of power, so we didn’t need to check into a campsite to recharge batteries.

Portugal has some of the best surf spots in Europe. The water, however, only really gets warm in August and September, so you’ll need a wetsuit while surfing. Some of the best spots are situated around Ericeira just 40 minutes north of Lisbon. When we were there, Quicksilver hosted a surf competition in their flagship store in Ericeira.

At the same time, the waves were far too big and powerful for our nascent surf skills, so we spent most of the time watching the pros surf the waves, which were up to 6 feet (1.8 meters) in height.

Further south, we found spots that were more suitable to our skill level as beginner surfers such as Praia de Sao Torpes near Sines or Praia do Tonel in Sagres. Those spots have fairly small sandy beach breaks, so you don’t have watch out for rocks.

Our camper van was equipped with a gas stove, a sink and cooking utensils that we used for cooking breakfast and making lunch. However, Portugal has an amazing arrange of seafood that we couldn’t avoid, so we ended up eating at a seafood restaurant most nights. Often, you could see the freshly caught fish before choosing what to eat. 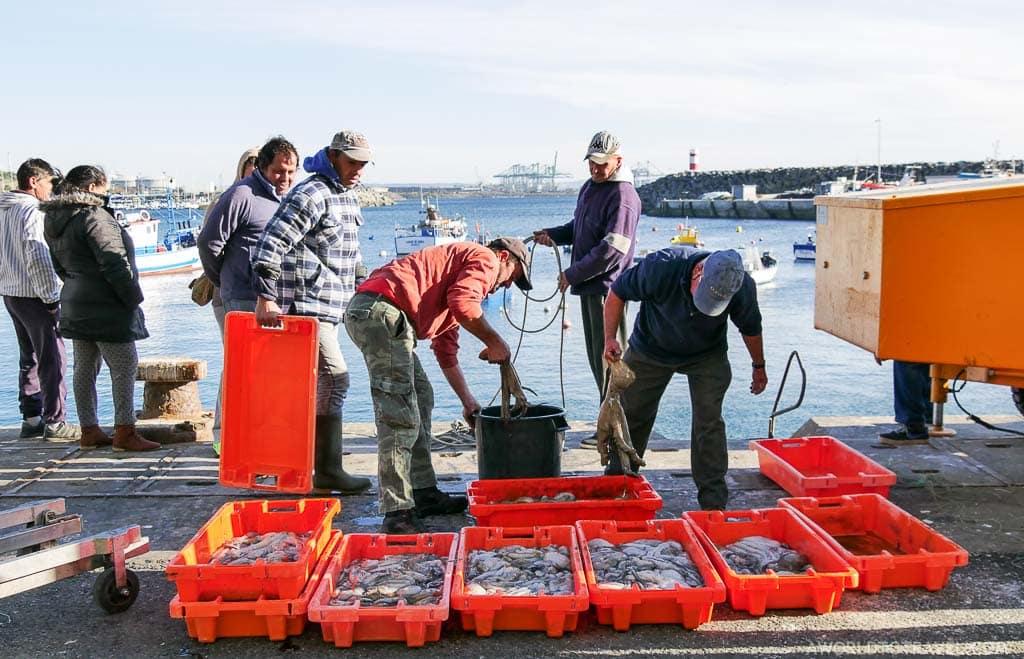 An espresso usually cost around €0.70 and desert or “bolo” was about a €1, which were perfect for refueling after an exhausting surf session. Talk about the benefits of traveling Portugal by van! 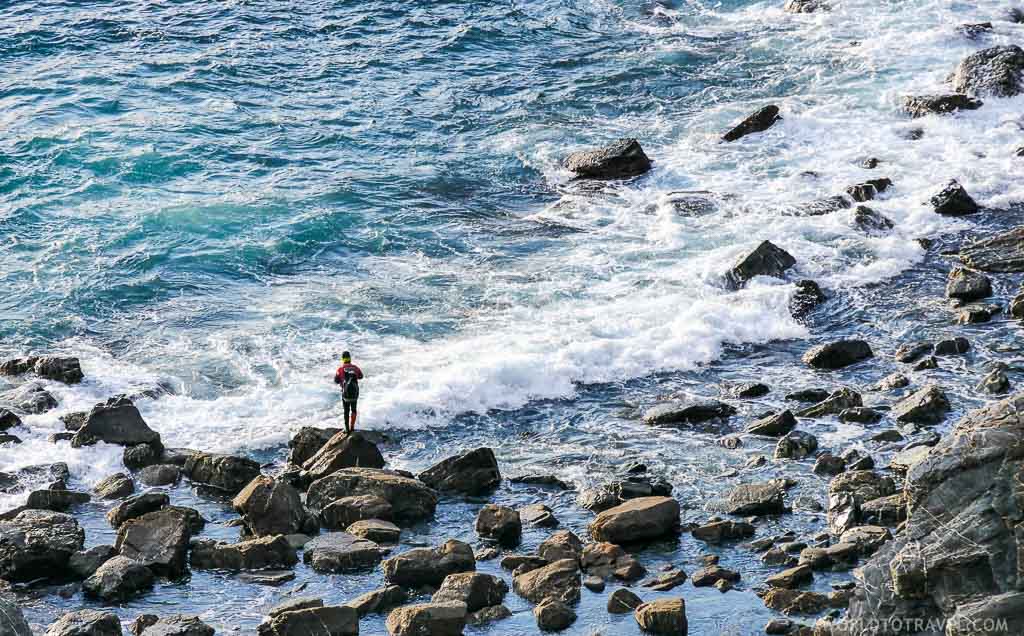 A camper such as Charlotte is quite a small vehicle, so you don’t have a lot of room for your gear. That’s particularly the case if you have bulky wetsuits to store inside.

I’m already a big fan of minimalist travel, so I only brought a 19L, 10lbs backpack on the trip. My approach to packing is that I only pack what I’m sure I’ll need, rather than packing for all eventualities. Instead, I allocate about 50-100 Euro to a “settling fund”, which I use to buy items on an as needed basis. Most of the time, I barely use this fund.

In terms of clothing, I pack merino wool clothing, thanks to its superior performance proprietaries. For example, merino is highly insulating so it keeps you cool when it’s warm and warm when it’s cold, so it’s perfect while walking around a hot city center or after a cold surf session. It’s also pretty odor resistant, so it’s perfect if you can only hand wash your clothes while on the road. 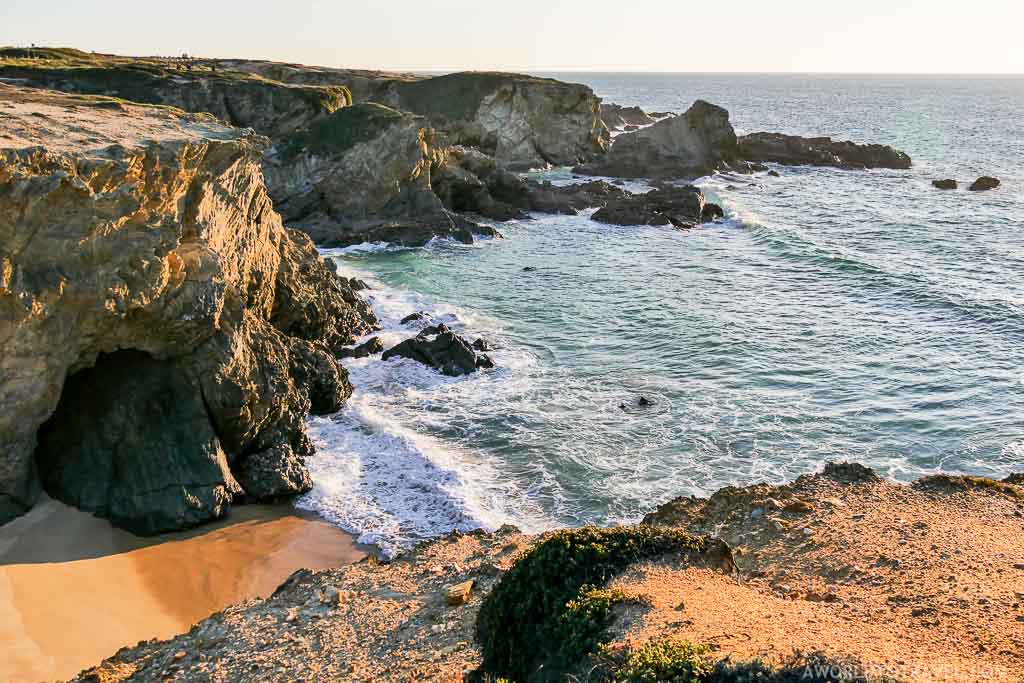 So, one week later and what did we learn about van life?

Well, we were pleasantly surprised that Charlotte didn’t feel cramped at all, despite the fact that it fits easily into a standard parking space. Charlotte barely used 70 euro worth of diesel after driving about 800 kilometers. Compared to larger campers with showers and toilets on board, Charlotte was much easier to drive through the narrow streets of seaside towns.

Now back in Berlin, Germany, I can’t help but stop and look at every camper I see in the streets. Suffice to say, the day job is danger!

Would you also like to experience a Portugal surf trip in a vintage camper van?

Let us know in the comments below!