Our 10 Reasons To Walk A Pilgrimage Path – Italian Wonder Ways 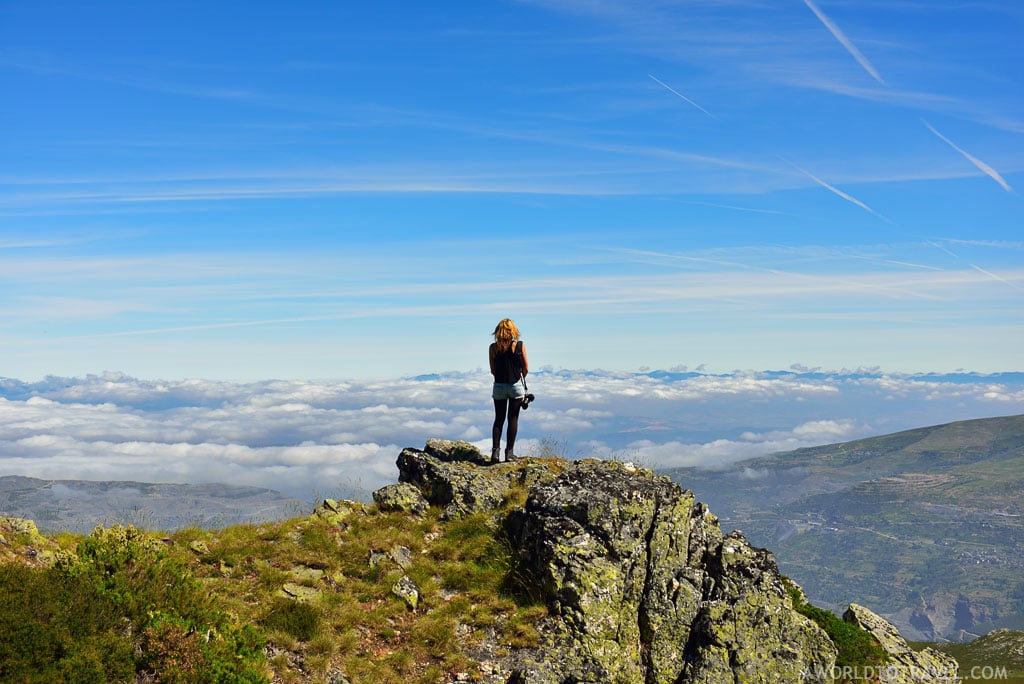 After a busy, festival filled Summer, where we mostly stayed around our home base, and as the Summer slowly fades, we are excited to share with you our next project. Without further ado, this is what we will be doing next:

Walking an Italian Pilgrimage Path: The Via Francigena Sud, for a week towards Rome!

WHAT IS THE VIA FRANCIGENA AND WHY DOES IT MATTER? 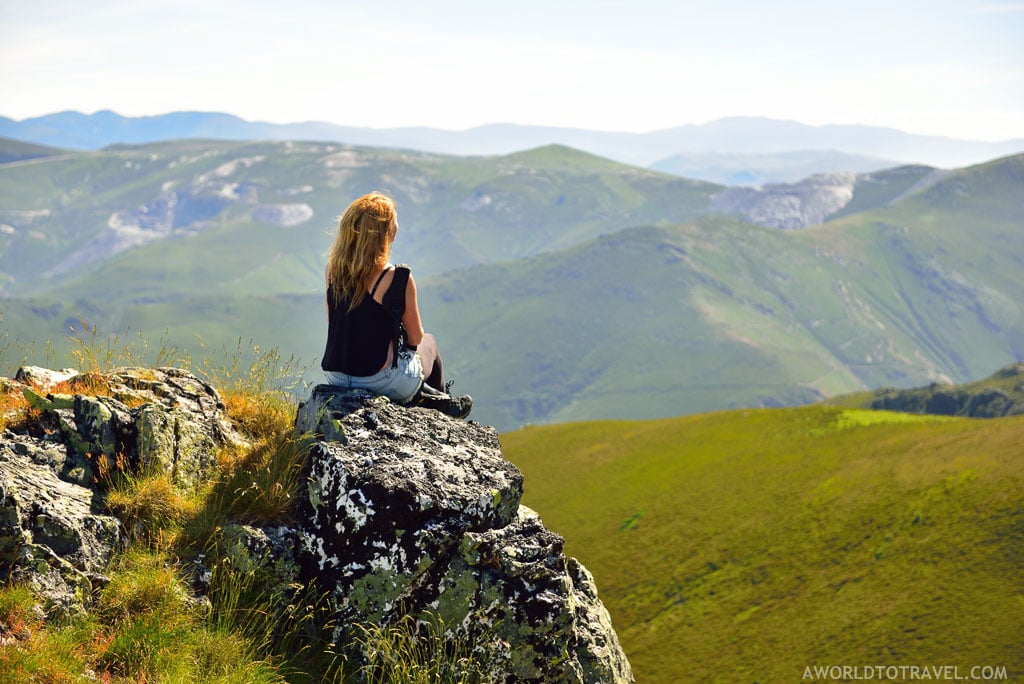 The Via Francigena is the common name of an ancient road and pilgrim route running from France to Rome, though it is usually considered to have its starting point further away, in the English cathedral city of Canterbury. As such, the route passes through England, France, Switzerland, and Italy. The route was known in Italy as the “Via Francigena” (“the road that comes from France”) or the “Via Romea Francigena” (“the road to Rome that comes from France”). In medieval times it was an important road and pilgrimage route for those wishing to visit the Holy See and the tombs of the apostles Peter and Paul.

WHICH ARE THE ITALIAN WONDER WAYS? 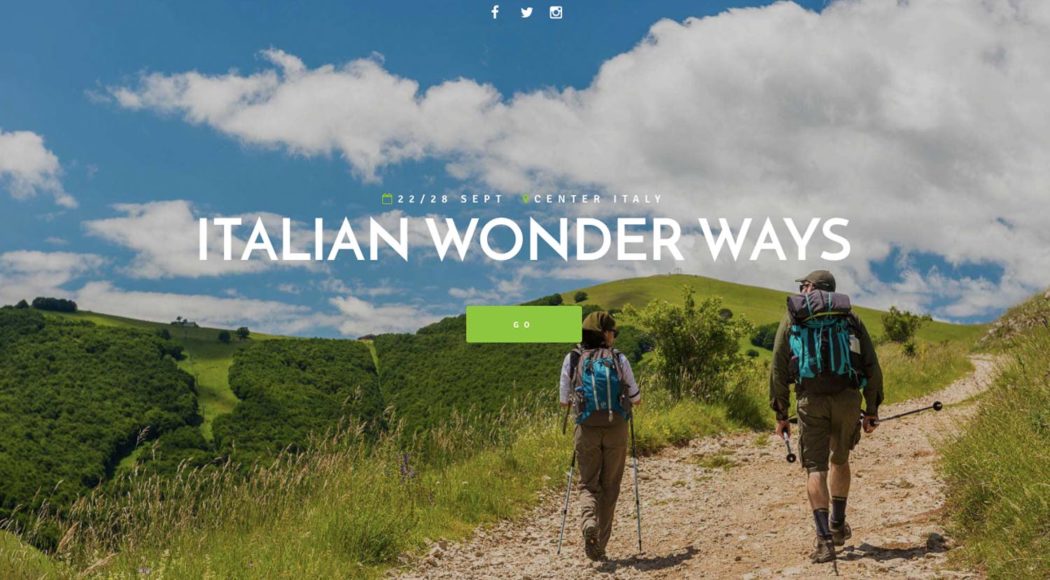 Given that 2016 is the year of the Extraordinary Jubilee and Pilgrims’ Paths, the Francesco’s Ways Consortium, in collaboration with the Regions of Umbria, Lazio, Tuscany and Marche, and with the support of the Opera Romana Pellegrinaggi and the sponsorship of MIBACT (Italian Ministry of Cultural Heritage and Activities and Tourism), is organizing Italian Wonder Ways, an initiative devoted to the Pilgrim Ways themselves.

During 1 week, five groups of people will walk some of the stages of five paths in central Italy:

Here’s a map with the different itineraries: 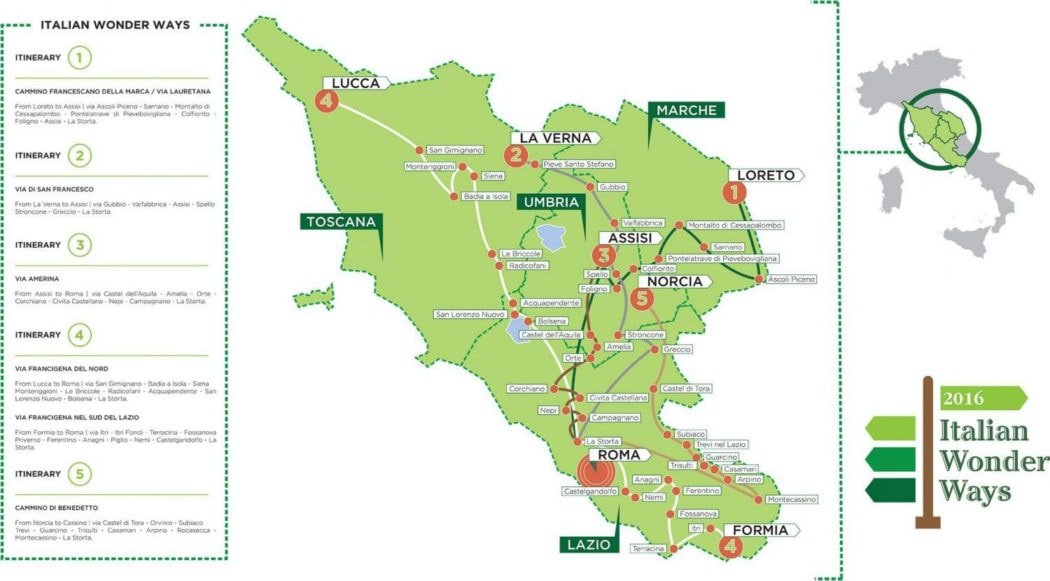 At the various legs, the people involved will meet local residents and take part in initiatives staged in the area. At the end, the groups will converge for the last leg entering Rome. 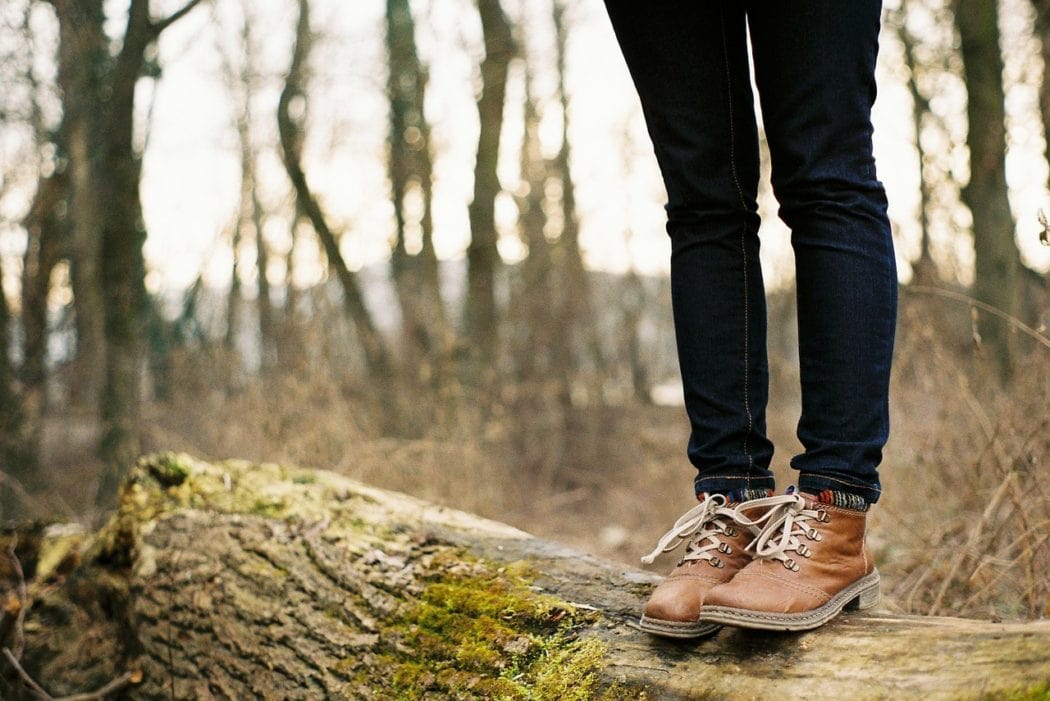 The ONLY way tourism can be done at the pace we are messing with our world.

Because it is already happening. As top-notch sites get crowded beyond measure, some paradise islands start being closed to tourists for half the year or indefinitely, nature reserves and monuments limit their visitors to preserve the ecosystems and history, and countries try to slow down the unstoppable growth of tourism banning the construction of more accommodation and hospitality buildings.

Without saying this is the final cure, slow tourism and actions toward sustainability and eco-consciousness like Italian Wonder Ways need to be more present than ever.

Fingers crossed, the world will start to realize that it is still great to travel like this and we don’t need to country hop this planet like there is no tomorrow, with checklists of the must go places and creating a CO2 footprint our earth won’t recover from.

2. Getting Used To A Healthy Routine 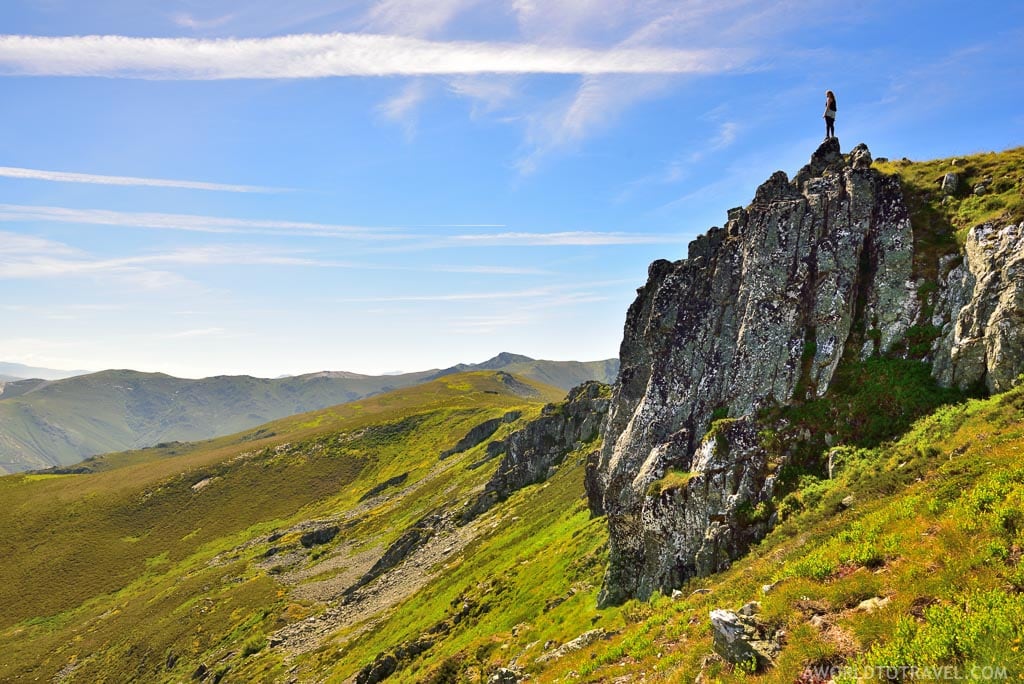 Walking every day. Easy, right? Well, although I have proposed myself to do so more times than I would like to admit, being a blogger does not help and I end up not doing any kind of exercise many days. Plus, who doesn’t like to enjoy the simple pleasure of walking?

Starting early in the morning, during one week, we will be walking 5 to 16km daily through roads, trails and dirt roads towards our destination, Rome. And I can’t wait to get started! 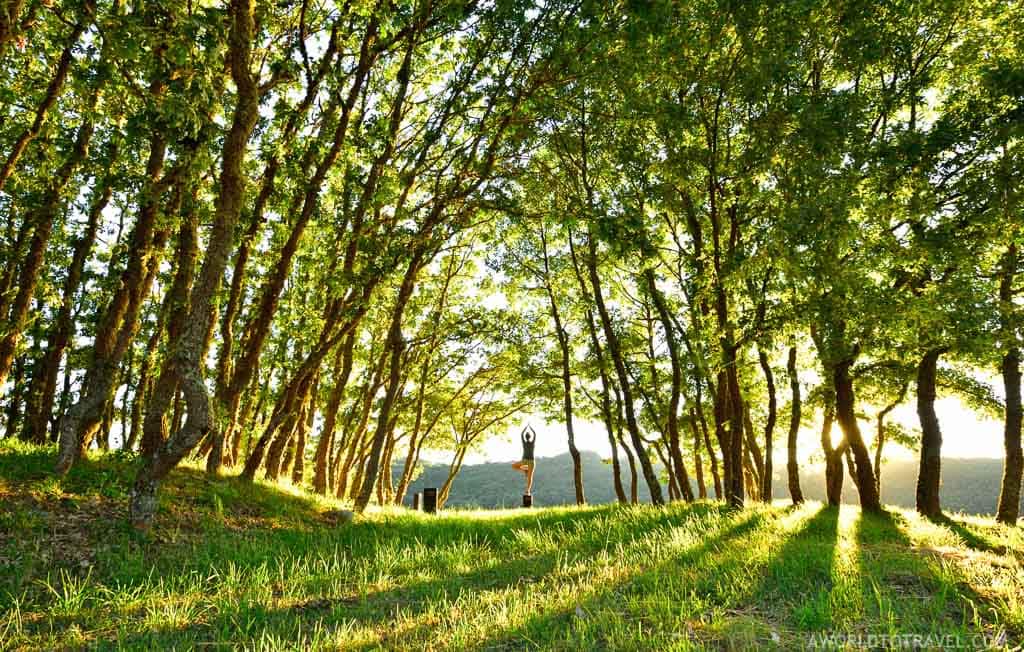 The consumption society has made us feel that happiness lies in having things, and has failed to teach us the happiness of not having things. – Elise Boulding

Carrying all you need in a backpack is somewhat one of the most liberating feelings in the world. I am sure you know where I am coming from, but if you don’t or you want to read more about the travel benefit I didn’t see coming and how I am slowly but surely transitioning into a minimalist way of life in this post about minimalism.

Ever since we fell for Castiglion Fiorentino and Urbino, we adore little Italian towns.

As this time we will be following the Via Francigena Sud, these are some of the historical towns and sights we will be getting to pass by:

A photo posted by Marianna Carolina Sale (@mariannacarolinasale) on Sep 15, 2016 at 8:14am PDT 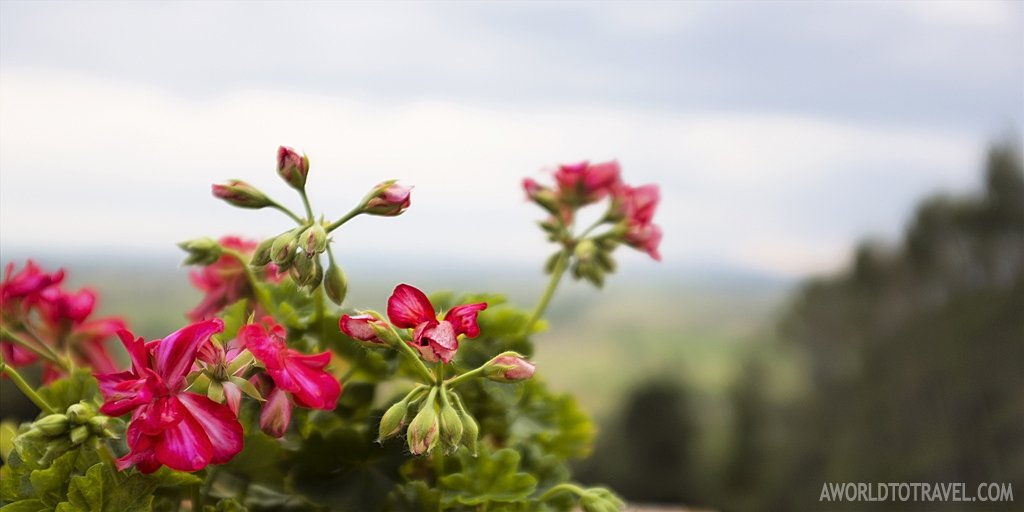 Although I am not entirely sure of the route we will be following at this stage and someday plans might change slightly, I believe we will be passing through some cool untouched natural landscapes and green areas such as: 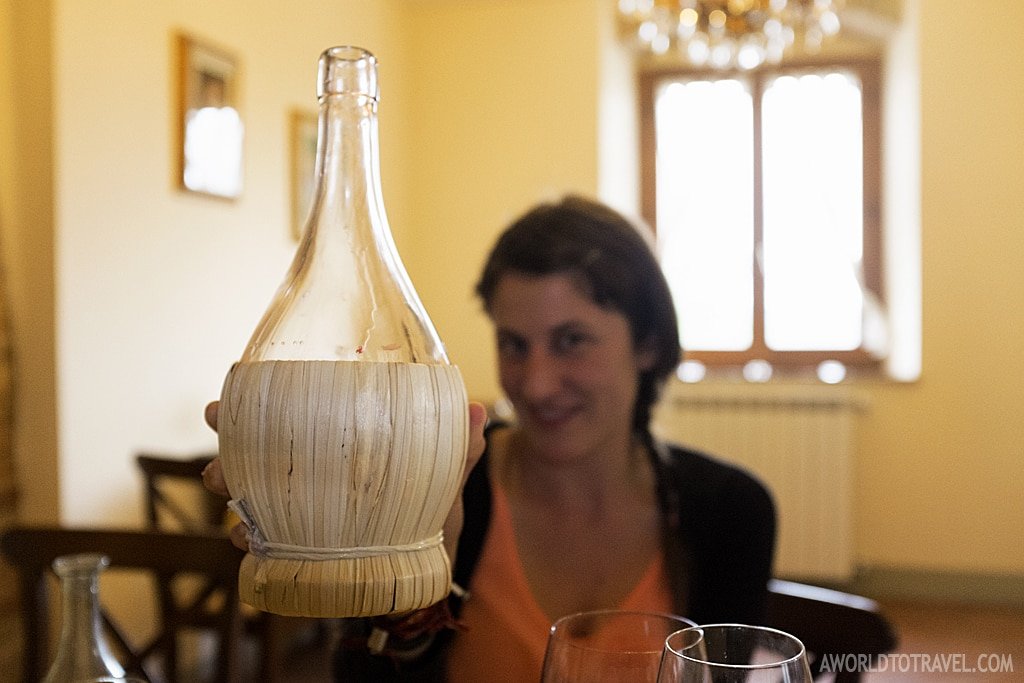 Italian food and wine are well-known for being some of the finest in the world.

And thinking of having breakfast, lunch, and dinner in this country for a whole week (and especially arriving hungry to the table after walking for hours!) is a mouth-watering thought to start with. 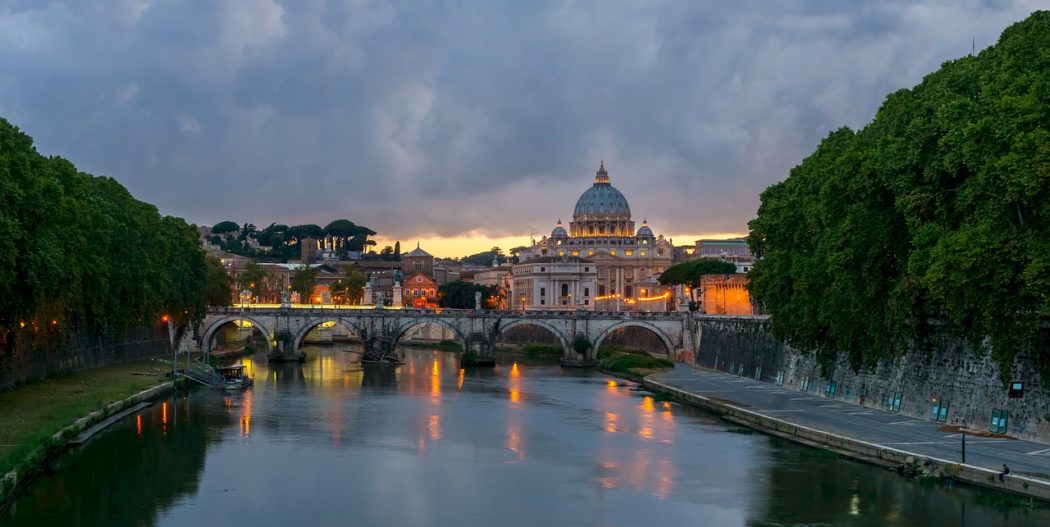 Perhaps it is been around 10 times already, but this one city – Rome – never disappoints! And it always leaves us hungry for more. So there you have it, once again we will be spending a couple of days in Rome. And it will not be like the previous visits when we would arrive by train, bus, plane or boat. No. This time we will enter the city walking! And walking all the way to St. Peter’s square in the Vatican, our destination after following the Via Francigena Sud for a week.

Can you smell our excitement? 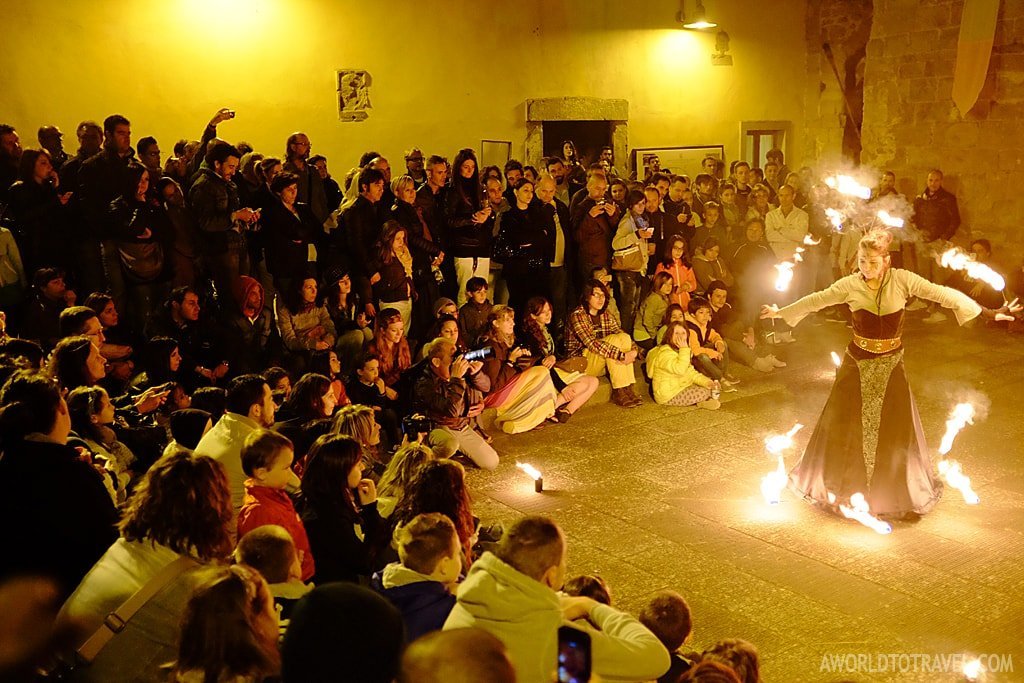 They are always fun. And for some reason, Spanish and Italians get along pretty awesome.

So far, every time we have visited Italy, great people have crossed paths with us and we all still remain friends.

Yes, indeed we can’t wait to get to know more Italians!

And well, there are chances that we will get to know a special Vatican resident as well. The Pope himself! We will keep you updated on this one but it looks like it will happen on arrival to Rome. Our families are going to be really happy about this 🙂 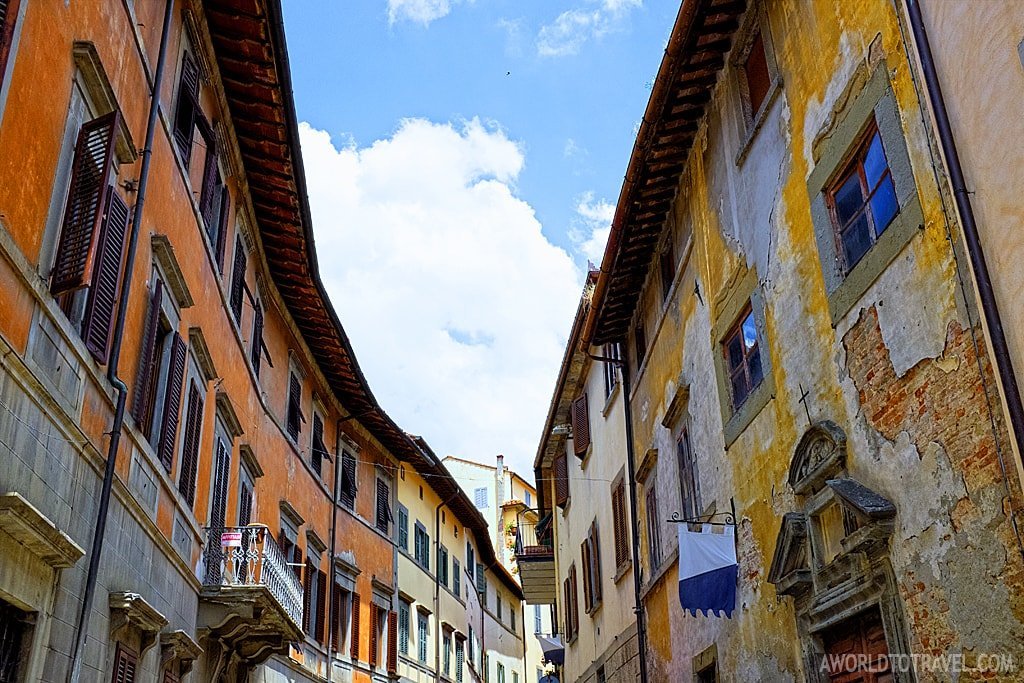 Saying that this country has a unique culture and rich history doesn’t even begin to describe it. As European passport holders (Spain for the win!), we have been able to tour our old continent from North to South, East to West on many occasions. So many that we have already lost count. But one thing has definitely stuck: the huge differences between the Mediterranean countries and the Northern ones.

No one can deny the North of Europe is stunning without measure. Sometimes it is so beautiful that it hurts. But hey! The South is as well awe-inspiring and if we were to choose a place where to base ourselves for a while, the Southern countries would definitely win the poll.

It all has to do with the way people understands life. In the South, we put life, relationships, and enjoyment above everything else. We take our time to eat and socialize, we make room for people who matter and work is only a way of making that happen. We don’t measure success as in career goals but in how happy we are overall. That is winning life for us. 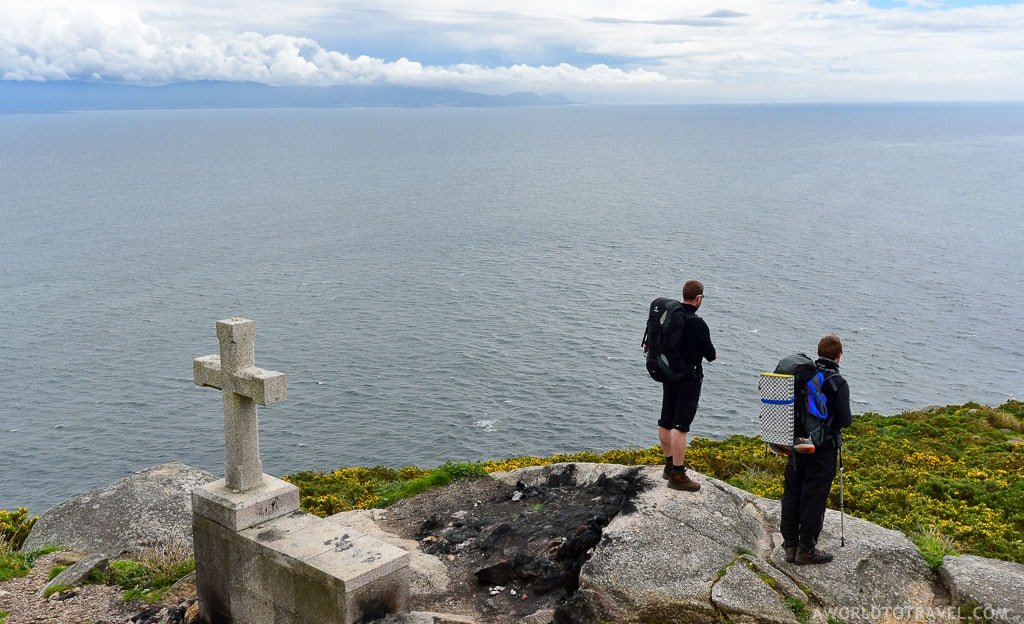 There’s indeed something magical about the Pilgrim’s Paths. Walking miles and miles for days, weeks or months towards a destination surrounded mainly by raw nature and the eventual fellow pilgrims with the same goal is a unique experience everyone should try at least once in the lifetime.

As we were raised in Galicia, we’ve grown up seeing how people coming from all walks of life and almost every country on earth approached Santiago de Compostela on foot, by bike or riding a horse.

In fact, The Way of St. James is arguably one of the four best pilgrimages walks in the world along with the Roman Catholic ones leading to the Vatican (Rome, Italy), Lourdes (France) and Fatima (Portugal).

Whether people do it because they love hiking, want to have an alternative holiday, for the achievement of walking a pilgrimage, because they have religious motivations, want to check out a new place, are on a budget, are looking forward to push their limits or chasing a new challenge, just want to get fit or are looking for a life-changing experience with a sense of discovery, everyone seems to enjoy it in the end. And that is all that matters.

Would you walk for days, weeks or months towards a destination following a Pilgrim’s Paths? Have you done any of these Walks already?

Please leave us a comment below. We’d love to hear your thoughts, tips, and stories on this topic!