3 Reasons Why You Should Plan a Tibet Tour 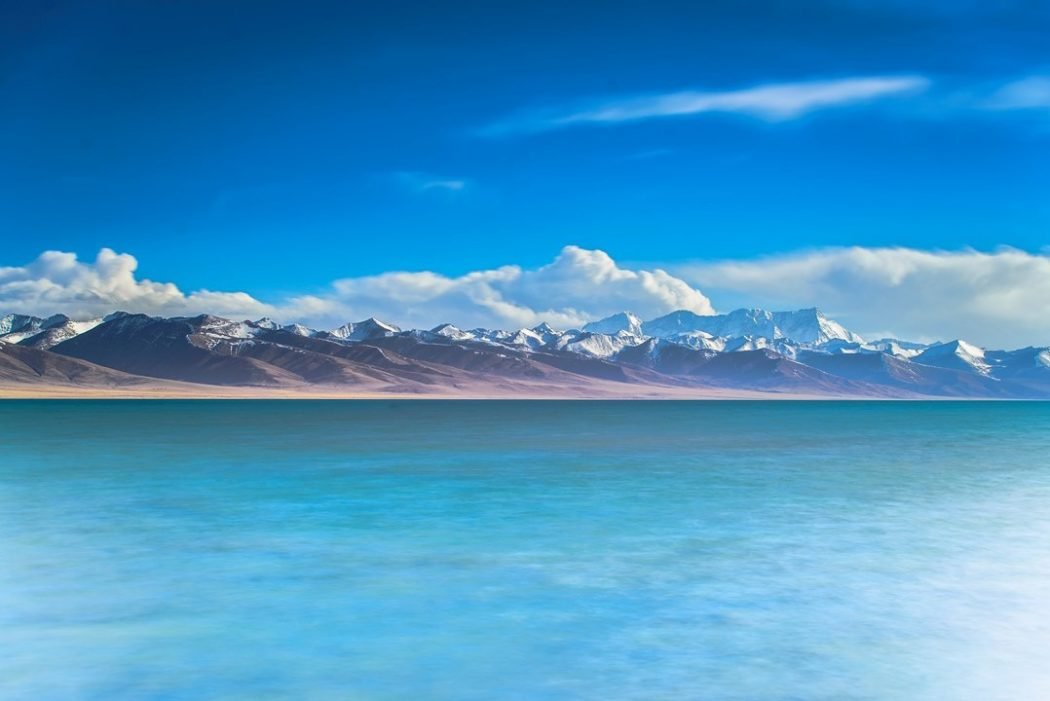 Spending some time in Tibet is, most likely, a different kind of experience you won’t find anywhere else in the world. Lying on the high-altitude plateau in the far west of China, Tibet is renowned for its Buddhism practices, which are a part of the Tibetan culture. For the Tibetan people, their Buddhist faith can be found in everything they do, from sunrise to sundown, in every aspect of their lives.

The region itself is also very unique in its geography and topography, being on the world’s highest plateau, fringed by the massive Himalayan Mountain Range. Starting from the northwesternmost point of the region, the Himalayas run down the western edge of Tibet, turning to head east not far from the site of Mount Everest, and continuing all the way along the southern border with India and Bhutan, and on into the Chinese provinces of Sichuan and Yunnan. All of this makes traveling around Tibet a unique adventure, where climbing the tallest mountains on earth, visiting isolated Buddhist monasteries, and experiencing this unique culture first-hand is possible.

Tibet is made up of seven separate prefectures, of which only one is a real prefecture, while the other six are just prefecture-level cities. Carved out of the former Tibetan regions of U-Tsang, Amdo, and Kham; the prefecture divisions are now Lhasa, Shigatse, Chamdo, Nyingchi, Shannan, Nagqu, and Ngari – the only actual prefecture.

Lhasa is an area filled with mountains and one of the largest lakes in the region, Lake Namtso. Chamdo is the third-largest city in Tibet after Lhasa and Shigatse. To the east lies Nyingchi, another mountainous area of Tibet, with some of the best alpine scenery in the world, though with most of the land being at elevations lower than the rest of Tibet.

Then to the south of Lhasa lies Shannan, lying on the edge of the southern Himalayas, bordering on India and Bhutan and with geography that ranges from high mountains to flat plains, and is known as the cradle of Tibetan civilization. To the west of Lhasa, lies the prefecture of Shigatse, the home of Mount Everest, and bordered to the west and south by the Himalayas. The area is one of the farming centers of Tibet, with huge expanses of barley fields surrounding the city itself, providing much of the staple barley for the plateau.

North of Shigatse is Ngari Prefecture, one of the most decollate of all the areas of Tibet, running all the way north to the edge of Xinjiang Province of China, and the home of the world’s most sacred mountain, Mount Kailash. North of Lhasa lies Nagqu prefecture, one of the least populated places on the plateau, filled with vast expanses of grasslands and prairies, and mostly peopled by Tibetan nomads, who run their herds of yaks across the plains throughout the summer months.

2. Get close to Tibetan Buddhism

Tibet is Tibetan Buddhism’s home and one of the most devout Buddhist regions in the world, where religion is so much a part of the daily life of the Tibetan people who it is hard to distinguish religious practices from cultural traditions. The two go hand in hand so well, that the everyday lives of the Tibetan people are led by their devout beliefs.

Tibetan life is filled with rituals from their Buddhist faith, with a variety of customs that pervade their lives in every way. From the harvest rituals, where groups of Tibetan women walk around the fields to bless the harvest before it is reaped, to the habitual kora treks that many Tibetan people take as pilgrimages to the most sacred sites in the plateau, often covering thousands of kilometers on foot to get there.

On the other hand, land is as much a part of the Tibetan people as their religion and as such, land is revered in Tibetan Buddhism as sacred, which can be seen in the way the Tibetan nomads rotate their grazing lands regularly, to enable those that are already used to recover and become more fertile again. Environmental farming has been a part of Tibetan life for thousands of years before it became popular in the west, in the last few decades.

Tibet has a wealth of activities to be added to any Nepal, Bhutan, and Tibet or tour China Tibet, with more things to see and do than can be accommodated in just one trip. To get the best of the plateau, travelers can spend months exploring its unique sights and features, and yet still not know all of it well enough.

Some of the most popular activities for tours of Tibet include the visits to some of the most sacred sites in the world, including the famous Jokhang Temple and Mount Kailash.

Located in Lhasa, the Jokhang Temple is one of the oldest temples in Tibet, built in the seventh century by the Tibetan King, Songtsen Gampo, to house the statue of Buddha brought to the region from China by his wife, Princess Wencheng of the Tang Dynasty. Known as the most sacred building in Tibet, it is a regular destination for Tibetan pilgrims.

Out in the far western area of Ngari Prefecture of Tibet lies the world’s most sacred mountain, Mount Kailash, revered in four religions as the center of the universe and the home of Gods. The highest mountain of the Gangdise Range, this sacred mountain has never been climbed, but is one of the most popular pilgrimage destinations, with its 52-kilometer circuit for the ritual Buddhist kora.

Tibet is also renowned for its lakes, two of the most sacred of which lies within a short distance of Lhasa. To the north lies Lake Namtso, the heavenly Lake, while to the southwest is Lake Yamdrok, created from the earring of a goddess. In the far west of Tibet, close to the sacred Mount Kailash, lies the holy Lake Manasarovar, also sacred to the four religions, Hinduism, Buddhism, Jainism, and Bonpo. In Tibet, all lakes are sacred, and most have their own kora routes around them, which are popular with both Buddhist and Hindu pilgrims, especially at Manasarovar.

3.4. High-altitude trekking in the Himalayas

Another popular activity in Tibet is the high-altitude trekking that can be found in many of the areas of the Himalayas, as well as around certain sacred and holy sites across the region. Some of the most popular treks in Tibet include the trek from Old Tingri to the Everest Base Camp (EBC), a trek of around 70 kilometers, and the treks through the Gama Valley, close to the foothills of the Himalayas in the Everest region. There are even popular treks in the area around Lhasa, such as the route from Ganden Monastery to Samye Monastery in Shannan prefecture to the south of the capital.

3.5. Lhasa to Kathmandu by bicycle

With the increase of tourism in Tibet, one of the newest popular activities for some tourists is the route from Lhasa to Kathmandu, by bicycle. An immense adventure that stretches out across almost the entire plateau, this unique way of touring in Tibet takes you through some of the region’s most beautiful landscapes and includes a ride near Mount Everest, an amazing feat for anyone with a bicycle. Passing over several high passes that exceed 5,000 meters, a cycling tour of the Tibet plateau is one of the most awesome adventures in the world, and an exciting way to explore the plateau, without the restrictions of car windows, being able to stop where you lie along the route for sightseeing and photos.