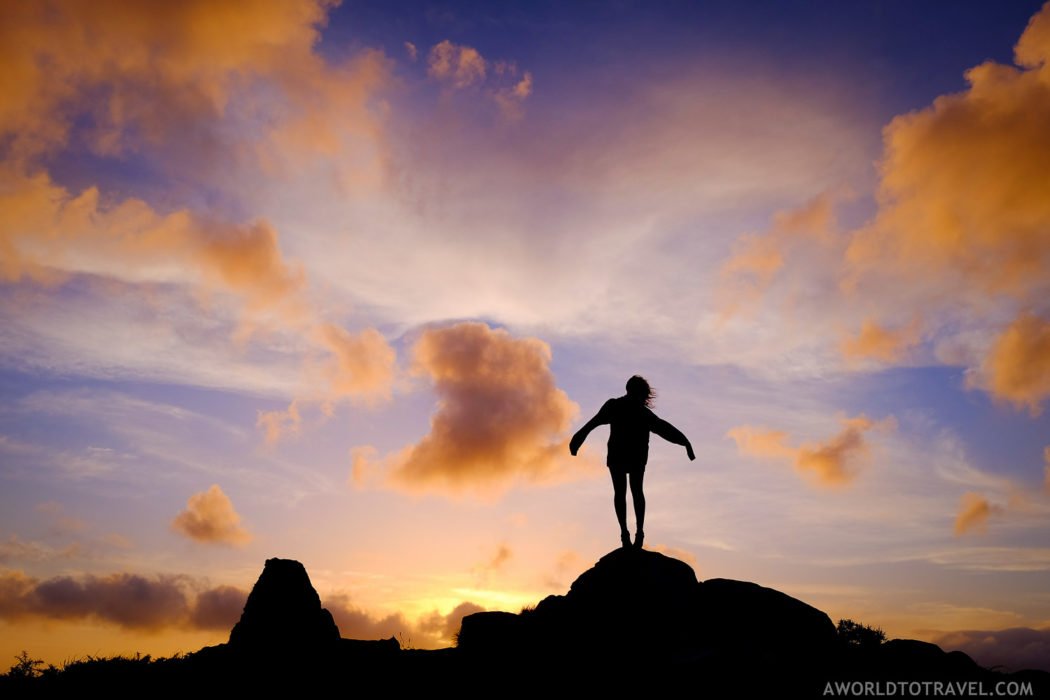 Wondering which are the reasons you’ll want to visit Galicia? Then read on as our guest author Brooke goes through the main five.

Galicia is a largely coastal region, but its beaches aren’t at all like the beaches of Southern Spain where you will find bodies pinned next to bodies like a sardine can, tanning in the blazing sun.

In Galicia, the beaches are just as beautiful but offer slightly spottier weather, colder water, more wind and far fewer crowds. You will also find spectacular cliffs, rock formations, ruins and steeply perched lighthouses. There are similarities drawn, often, between the Northern Galician Coast and the English Coast or between Galicia and Brittany. Having visited all of these coasts I can only agree that they resemble each other in many ways- the gray of the rocks, the turquoise of the sea, the frothy white caps on the choppy water and remnants of Celtic culture.

But Galicia is unique because it is Spain. The food, the people, and even the language are different. In a special way. It’s as if the region has held more tightly on to the past, and has retained much of its culture and uniqueness even as the rest of the world becomes more recognizably the same.

You will still see Galician musicians dress in traditional (centuries-old style) garb, playing bagpipes (or in Gallego ‘Gaita’) at events and festivals (not for tourism purposes!). You will still hear Galician people speaking their own language (not Spanish even though they all know Spanish) ‘Gallego’ which is a cross between Spanish and Portuguese but with a few differences all its own.

To visit Galicia is to step back in time, a little bit and to live at a slower pace.

I’ve created a list of what I consider to be five of the most compelling reasons you’ll want to visit Galicia soon, though I could think of a hundred. They are as follows.

1. Galicia’s Natural Beauty Shines On Its Own

I refer mostly to the beaches and coast, but Galicia is also rich in hiking trails (and is famous for its Camino de Santiago pilgrimage routes), vineyards, forests, bays and so on.

For me, since I’m such a coast lover these are some of the spots I found most impressive:

The most famous and visited beach in Galicia (though you won’t see many US tourists there-visitors are mostly Spanish and Portuguese), La Playa Catedral or the strip of beaches called Las Playa de Las Catedrales are renowned for their epic arches and rock formations as well as the extreme differences between low and high tide which leave only a short window of time during which the beaches can be accessed.

The photos above are of the beach at low tide. This is the time of day when visitors are allowed down on the beach, though these days the # of visitors per day is limited due to increasing popularity and crowds in recent years.

Instead of taking a tour bus straight to the main attraction (and crowds) try walking from nearby Rinlo, a picturesque little fishing village perched right at the edge of the sea. Or, you could start even further away, in Ribadeo.

A tiny coastal village, with a steeply perched lighthouse and some lovely cliff-top hiking trails, Finisterre is worth a visit if you are on the Costa da Morte or Death Coast.

Suggested activity: hike from town along the trail that leads to the lighthouse, enjoying views. When you get to the lighthouse, enjoy a cold beverage and a view from one of the tables on the tiny terrace at the ‘O Refuxio de Fisterra’café. Then head into the center of town for lunch at one of the many harbourside restaurants offering every type of seafood platter you could want.

If you fancy rough coastal views, turquoise waters, and ruined Celtic cities nestled alongside cliff’s edges, Castro de Barona – less than half an hour far from Noia and one hour away from Pontevedra – will impress.

It’s the type of place that inspires your mind to wander and imagine what times were like so many centuries ago for the Celts who set up their home/fortress there (purposely in a tough to reach the place and with barriers set up so they could see their enemies coming).

2. Galicia’s Historic Monasteries & Convents Are One Of A Kind

When it comes to historic and beautiful monasteries and convents Galicia has an embarrassment of riches. It seems there is a crumbling abbey or a refurbished palatial monastery (sometimes now serving as luxury hotels) around every corner.

A couple of the most impressive sites that I visited were the 10th Century Benedictine Monastery, Santo Estevo and the 9th century – or older-the exact date is not known – the monastery of Santa Cristina both nestled in the picturesque mountains and forests of the Ribera de Sil area in Ribeira Sacra.

3. Galicia is World Renowned for Its Wines

Galicia is a region rich in premium vineyards and wine. It is the top quality producing region for Albariño in Spain as well as the world.

Don’t miss an opportunity to visit and taste wine at the local vineyards in Rias Baixas (the primary Denominacion de Origen or DO in Galicia for quality Albarino). Though many are so small it’s best to call in advance and make an appointment-it’s well worth the effort.

Two great bases for exploring the vineyards in Rias Baixas are Cambados and Pontevedra. Both are extremely well situated to visit most of the Val do Salnés (a sub-region of Rias Baixas and my personal favorite area) vineyards and both are must-visit cities in Galicia. Take a look at a map of the Rias Baixas region and sub-regions here :

Pontevedra is a charming little city full of beautiful historic buildings and ruins and has a great food and wine scene.  It’s easily walkable as well. You can see literally everything within ½ day but if you want to really get to know the city spend a couple of nights here, get an apartment with a kitchen and take advantage of the phenomenal Mercado Municipal which boasts a massive open air (though indoor) market offering every possible type of seafood and so fresh that they are often still moving.

Cambados, known as the capital of Albariño & elected in 2017 as Europe’s ‘City of Wine’, is a gem of a small Galician town with a lovely plaza (where you can actually visit the fantastic Palacio de Fefinanes and their Bodega/winery) and small stone streets. The Vieira (sea scallop) reigns here and you will find it front and center on every menu.

A few wineries to consider visiting in Galicia are the following (all family owned and with longtime roots in Rias Baixas since before it became an official DO):


Galicia lies, in large part along the coast and therefore seafood is king in this region.

You won’t find a restaurant that doesn’t have seafood on the menu and you’ll be delighted at the freshness (it comes right out of the sea a few kilometers from wherever you are eating it!) and the wide variety.

From navajas (razor clams) and mejillones (mussels) to pulpo (octopus) and soupy paella-like seafood rice specialties you will find plenty to satisfy your fruits-of-the-sea cravings.

Some of the most common/traditional dishes you’ll find in Galicia:

Pulpo: THE dish of Galicia! I have never been anywhere in Galicia that did not have pulpo! There are two main ways pulpo is served. ‘A Feira’ or ‘a la plancha’. ‘A Feira’ is the most common way Galicians serve it. The pulp is steamed and served on a round wooden platter with boiled potatoes and seasoned with paprika.

Mejillones al vapor: Mussels. Cooked without sauce or water, in a pot, they steam in their own vapor. Galicians don’t need fancy dressings or broths for their steamed mussels they serve them simply with fresh lemon on the side.

Navajas: Razor clams abound in Galicia, particularly southern Galicia and my God are they good! They steam them and dress them with a little oil and voila! A melt in your mouth slightly sweet, delicate clam that will change the way you think about clams if you’ve never had this variety(we don’t get these in California!)


Vieiras: Sea scallops served in the shell. The Vieira shell or ‘concha’ is also a major symbol in Galicia and the most popular way to prepare Vieiras in Galicia is with a bread crumb topping.


Arroz con bogavante: A stew of rice cooked with lobster (sort of like a paella with seafood but a bit soupier and most often cooked and served with the whole lobster still inside). Little seaside towns such as Rinlo (near Ribadeo in the Lugo province of Galicia) are particularly known for specializing in this dish. Normally, if you want the good stuff you have to make a reservation ahead of time so the restaurant can make sure to buy enough lobsters, and also because the dish takes so long to cook.

The cost of pretty much everything is cheaper in Galicia. Food, accommodation, coffee and everything you can imagine will not cost you a fortune.

The economy in Galicia is not the strongest in Spain, nor is it the #1 tourist destination (due to weather and its location far away from the rest of Spain), and this means lower prices. There are also fewer rich foreigners buying property in Galicia than in sunnier regions like Andalucia and Alicante in Southern Spain. This helps keep property prices low, and Airbnb rentals minimal (which thereby helps keep rent low) as well as keeps gentrification moving at a much slower pace than more trafficked & wealthy areas. By the way, here’s a $30 Airbnb discount .

Food served in Galicia is also most often locally produced and therefore it doesn’t have to travel far and this helps eating out remain affordable. If you stay away from the tourist traps you can eat and drink extremely well for very low prices and you can find a nice place to stay for between 50-80/night.

Insider Accommodation Tip: Try glamping in Galicia or a casa rural instead of a traditional hotel. Not only will you typically be renting directly from a local and/or a small business but you’ll get to stay in some really cool places (rurally located outside cities but often quite close) for much better prices than hotels.

Insider Local Food-Culture Tip: Try to find an old-school restaurant that serves house wine in cuncas (little ceramic bowls) as it was traditionally drunk in the past in Galicia. You can still find many ‘house’ wines served in simple Galician eating establishments such as furanchos (a sort of restaurant opened up below someone’s home, originally for the purpose of selling left-over wine after harvest and that serves simple, hearty, fresh local fare). Don’t expect to be wowed by a house wine, it’s normally a very basic wine made roughly and without much finesse. But, you can always enjoy drinking a little house wine from the cuncas and then order something better in a bottle for the rest of your meal.

Californian, 15-year wine industry professional and lover of off the beaten path destinations Brooke Herron is now a local in Europe thanks to dual passports and a love for all things European. Her focus is on finding better ways to connect with locals while traveling and experiencing thing beyond the typical ‘must see’ sites. When she’s not working on marketing and social media projects for clients, freelance writing or posting on her blog you can find Brooke hiking, drinking good wine, or somewhere near an ocean.