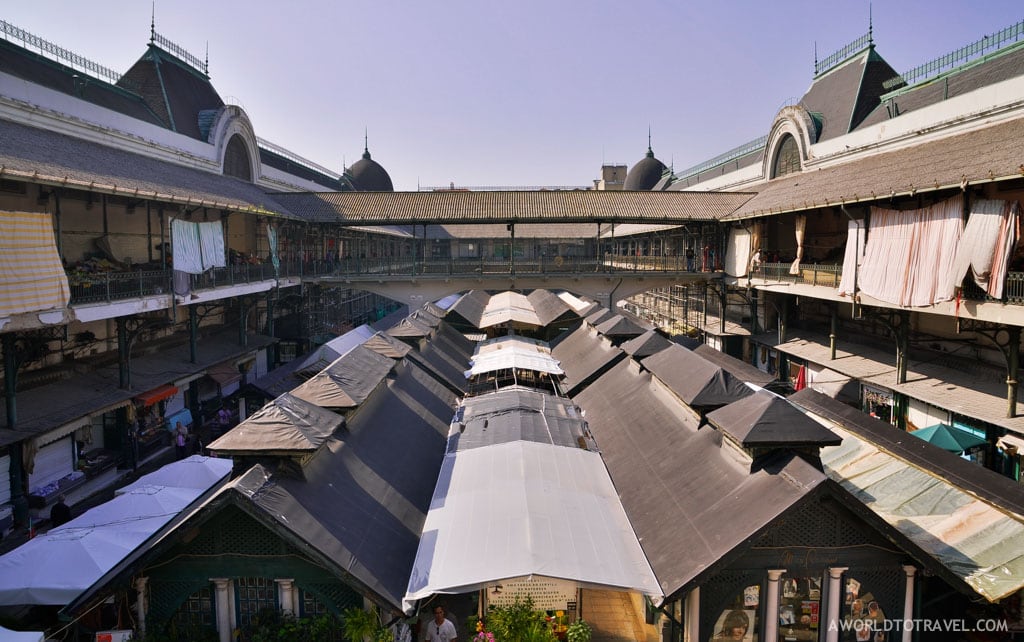 Fuck Porto pickpockets! Seriously. Fuck them all.
Or fuck my bad luck.
Over time, I have developed a routine. Like you. Like everybody. When I travel, that routine becomes a religion. Here are some of the rules.
Going so many places has many good things but also, since you are constantly moving, forgetting, losing and being robbed trivial or important stuff is part of the game.
PORTO
We were at the second stop of our Porto Food Tour with the great Andre, one of the owners and I was particularly enjoying the whole thing so much. I mean, grabbing small bites here and there all around the city centre? I WAS LOVING IT.
And then we entered the central market. How came that after visiting the city a handful of times I had never stepped into this piece of art? So happy I was, trying to capture every perspective, every corner, every shop owner and all with my three main devices during this trip ( DLSR, goPro for wide angle shots and cellphone to bring you everything live via Instagram mainly ) that I forgot to storage things where they should always be on my daypack, breaking one of the rules of my unwritten travel routine.
Next thing I know, barely ten minutes after using it for the last time, I was calling from my friend’s cellphone to mine and realizing it had already been turned off. I had been robbed in Porto’s Central Market!

Porto, you ain’t ugly, but you will never be like Lisbon to me. Just saying #portugalfoodstories How on earth did you let me down so bad today, Porto? And I am not even joking. With my gorgeous @nokia taken from me at Porto’s central market, I had no other option than posting someone else’s snapshot. This is by Jo @candidsofjo After a Taste of Porto food tour, Aromatic herbs and Porto wine tasting in one in the oldests cellars in the world and some cellphone hunting, I’m ready to fall asleep. Exhausted. * By @candidsbyjo “Porto, you’re pretty gorgeous! #portugalfoodstories @portugal_aptece” via @PhotoRepost_app

Thing is that I am pretty sure I know who my robbers were. I happened to document every step within the building – yes, I was THAT excited about the architecture and stuff – and there was these two guys sitting on the balcony as we crossed the main door. Reviewing the footage, I realized they looked down immediately. Two minutes later, in another short video they are quickly leaving their spot. WEIRD. I know there are many chances you guys have my awesome Nokia Lumia 820 as*h*les!! Bad karma will find you soon.
Next stop on the tour was a tough one. My stomach was absolutely shut down and I could not give a single bite to the delicacy waiting for me on that plate. I kid you not, the cellphone robbery stole my happiness for something like half an hour. First world problems.
The fact that I was in the middle of this month and a half long trip country hopping the South of Europe and that I wouldn’t be able to have my number back till I step in Spain again gave me a little bit of a headache too. And then there was the inability of live documenting on Social Media the trip as I was supposed to do. Talk about losing all my power as a blogger. No more Instagram, Facebook or twitter for the day. No answering mails or dialing affordable intercontinental Skype calls, no connection at all with the world. Pathetic.
But fear not, it didn’t last long. Come on, it is just a smartphone! A very cool one with a great camera though. I know I could miss a few important calls and some people would still wonder why the heck I wasn’t picking up their calls in the following weeks and months but that was something I couldn’t do anything about. So worries should be over too.
At night I bought a brand new Samsung and a no-calls included SIM card in order to be back on Whassap (family and friends are distributed all over the place and it’s proven to be the best app to stay in touch) and problem solved.

After Inma’s cell phone were taken from here. I (Jose) would like to share this #latergram taken in Porto last year. Black cats are known (at least in Spain) for bringing bad luck. Maybe this one bring it to her one year later… #portugalfoodstories

The food tour and Porto wine tasting in the afternoon were all right . In fact, Porto Food Tours is a company I can totally recommend. Not cheap – a tour like the one we did will set you back 55 euro for a 3h 30min foodie experience including 6 to 8 delicious stops – but well worth it if you are willing to get a proper introduction to Porto food scene.
Finally, if you want to experience some local Porto wines, make sure to cross the old and iconic iron bridge – designed by an Eiffel student – preferably walking if you can do so, and indulge in one of the wine cellars on the other side of the river.
Nothing beats the river and the sweet wine at sunset!