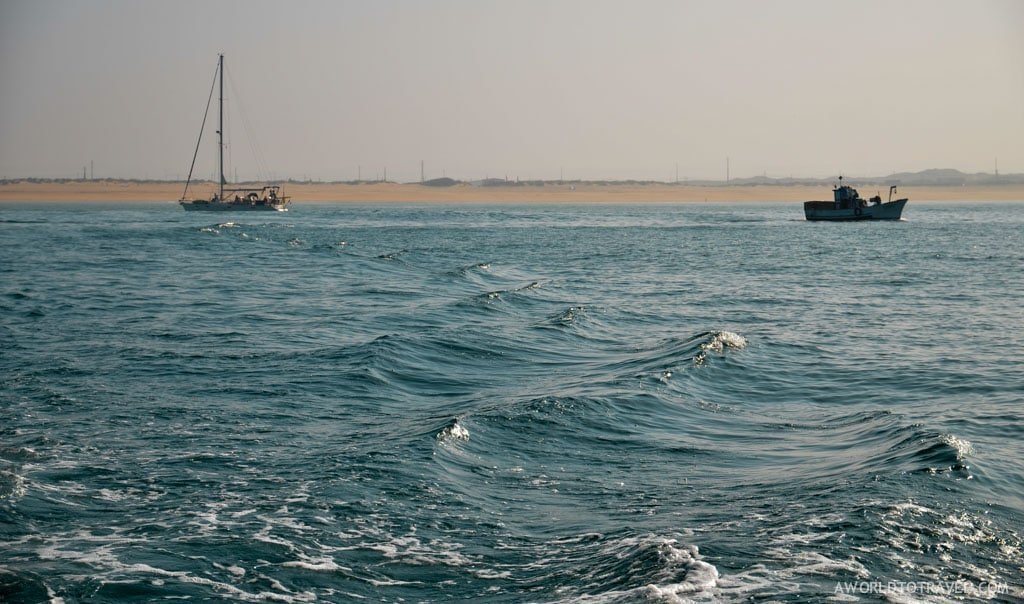 EARLY MORNINGS. Unless I have something really exciting lined up, waking up early is a pain for me. I have said it before and will say it again. It simply doesn’t work. But this wasn’t the case today.

We left Estoril and headed North, more precisely, to Peniche. D’Nor crew Jose and Rui were already waiting for us. There’s no way around it, fishermen better love early mornings.

How awesome is to catch your own #portugalfoodstories lunch?
Thanks D’nor crew and fishing masters Rui and Jose!

FISHING IN PENICHE. A small boat that was once used to go fishing and return fully stocked, can these days take up to 6 curious individuals, the captain and a helper. And everything you need in order to do a decent job fishing. Meaning returning home with a small box with your catch. Our group took something like 15 pieces. None bigger than 35cm or smaller than 20cm.
That said, tours can usually last twice or three times more. And not everybody is as crazy as us trying to document every step of it. So it shouldn’t be difficult for you to get the money spent on the experience back as long as you work on your fishing for a few hours!
Something tells me that we did pretty terrible out there. At least me. I only caught 3 fishes, after Jose patiently explained me the technique ( I did much better in Iceland two years back! ) and, after half an hour mingling the fishing stick, the goPRO, DLSR and cellphone every time someone captured something in order to bring you some visuals, I GOT SEA SICK.
The rest wasn’t fun. Till we got back. Because it was as easy as start navigating and heading back to the dock and, instantly, I started to feel relieved and much better.
STARVING. If being in a salty environment getting your hands dirty tends to drain someone’s energy, you can only imagine how it feels to be just back from fishing and having a glance to your caught, and knowing that you are going to be able to cook that fish with the help of a local chef and eat it right afterwards.

Caldeirada de peixe, this is how our #portugalfoodstories catch turned out thanks to @igormartinho #MaeLuisa 🙂 A photo posted by A World to Travel (@aworldtotravel) on Sep 9, 2014 at 7:49am PDT

FRESHEST food you can taste. From the sea to your mouth in the blink of an eye.
Igor Martinho is the master behind Mae Luisa, his restaurant in Rio Maior. He showed us how to cook a caldeirada de peixe with our catch as the fishermen used to do. Easy, quick and very tasty, I will try my best to implement this new dish home!