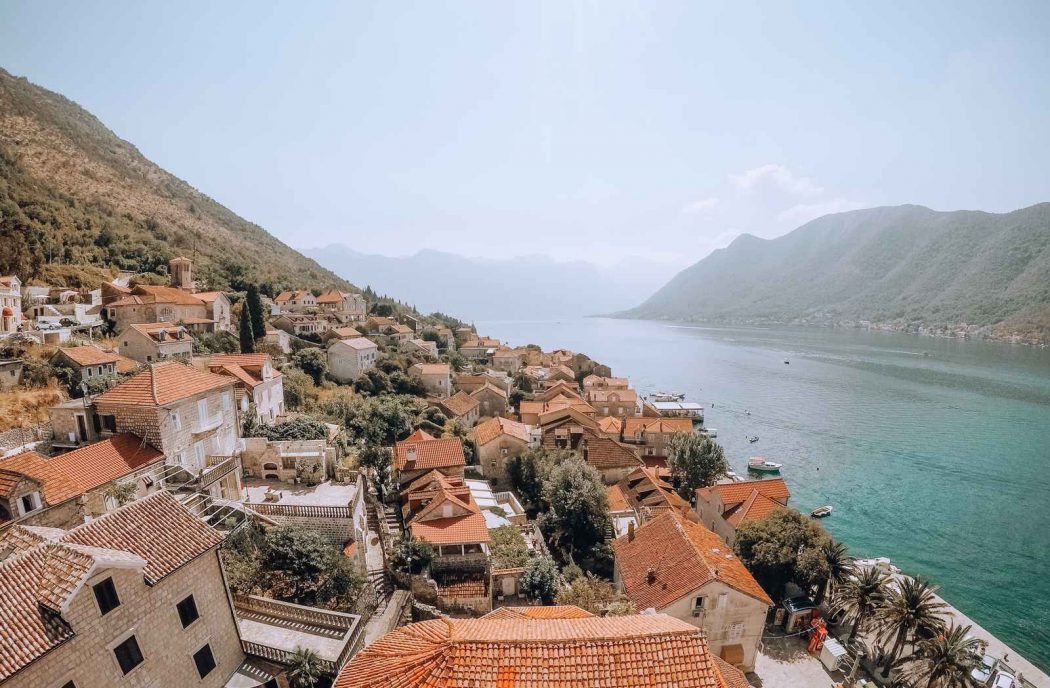 Think of Montenegro and you probably think of lazy summer days spent relaxing on long, sandy beaches and swimming in crystal clear water. But venture away from the stunning Adriatic coastline and you will find an array of charming and picturesque Montenegro cities and towns so rich with history, culture, and amazing food that they rival some of Europe’s most popular tourist hotspots in countries like Greece, Italy, and France.

For those not afraid to go off the beaten track on their next holiday in Montenegro, here’s a rundown of five of the must-see towns and villages in the country.

The Prokletije mountain range is one of the most majestic sights in Montenegro, with its soaring peaks, rugged cliffs, and shimmering lakes. Nestled in a peaceful valley beneath the mountains is the small town of Plav, a settlement that dates back to the 17th century and boasts many ancient monuments, churches, mosques, and monasteries. It is widely believed that Plav was named after Roman Emperor Flavius during the Roman rule, and the town attracts both history fans and hikers, climbers and campers that use it as a base from which to explore the surrounding mountains.

Plav is surrounded by many beautiful lakes, but the most well-known is the glacial Plavsko lake and Visitorsko lake, famous for its floating island. Another of Plav’s many natural attractions is its karst wells, created when its native rocks dissolve in water and form caves, sinkholes and natural springs.

Savina is the smallest town on this list, but it punches above its weight when it comes to views – and wine. The town is perhaps best known for being home to the sun-soaked Castel Savina Vineyard, one of Montenegro’s most treasured wineries.

The vineyard dates back to the 18th century and offers visitors tours of the estate and, most importantly, the chance to sample wine directly from the French oak barrels in its well-stocked cellar. The winery strives to stay true to its local roots, so visiting is the only way to try some of its more exclusive wines. “Our goal is to stay small and make wines for the Bay of Kotor, the coast, and only a few of our friends in Belgrade,” says the owner.

Savina’s charm extends beyond wine, however. The town is perched on a hillside overlooking the Bay of Kotor, surrounded by lush green forests and dramatic mountains that are often topped with snow. Tourists also flock to the town to visit the Savina Monastery, a Serbian Orthodox monastery located in thick Mediterranean vegetation in one of the most beautiful parts of the northern Montenegrin coast. 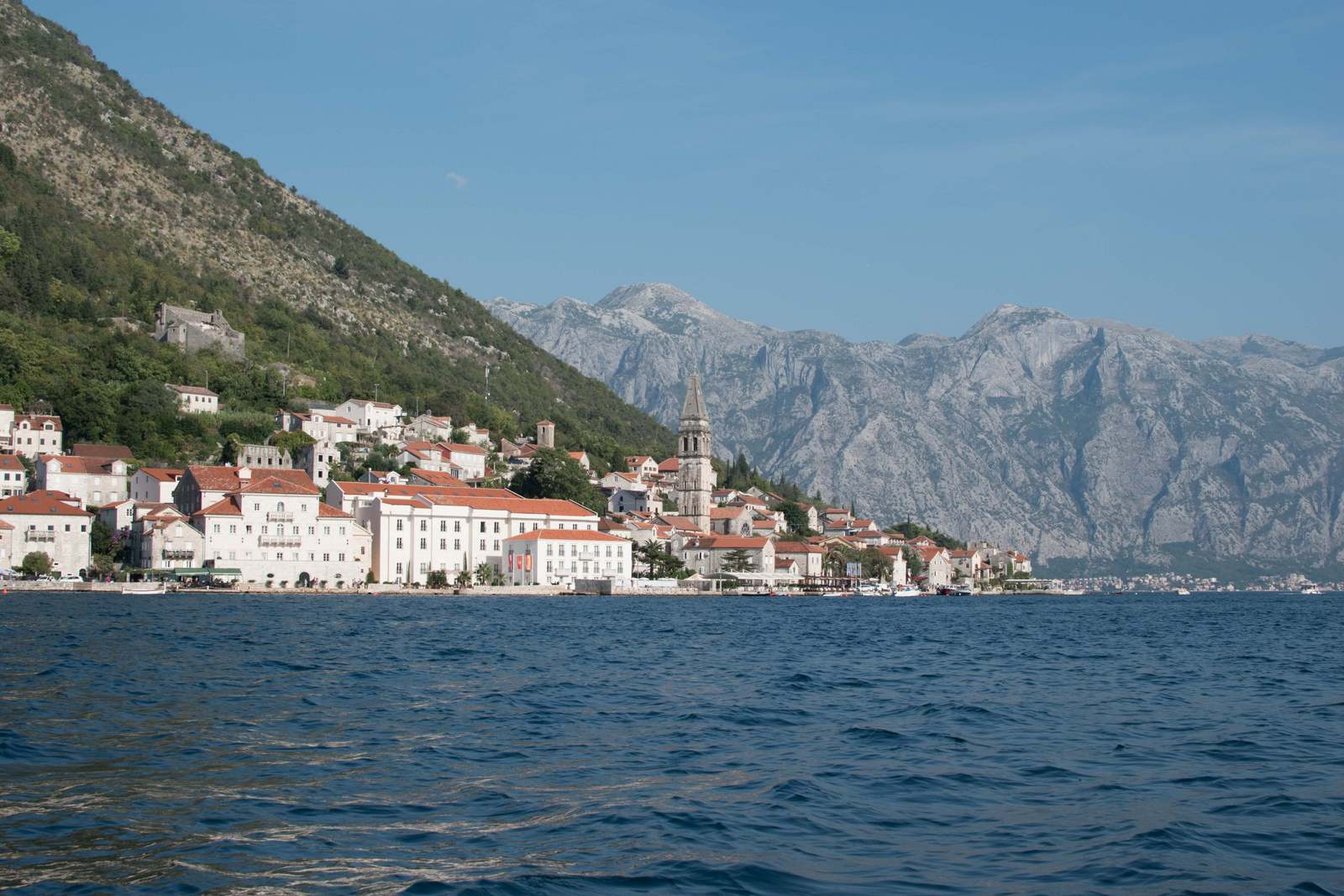 Often drawing comparisons with Venice for its baroque architecture and historical charm, Perast is an artifact of 200 years of Venetian rule. The town was once a rich and powerful center in Montenegro, built in beautiful stone and boasting 16 elaborate churches, 17 grand palazzo, and a number of palaces that still stand today. Perast is also home to a network of 10 unique watchtowers, placed in strategic locations throughout the city, and built to ensure its security in a bygone era. The town has undergone significant restoration in recent times, but it still retains a charm that attracts history fans from across the globe.

Aside from its colorful past, Perast also draws a huge number of visitors because of its stunning natural beauty and the fact that is home to Fascinada, one of the best known Montenegro summer festivals. Jutting out into the Bay of Kotor, Perast’s quay stretches out over the sea and the town is surrounded on all sides by jaw-dropping mountain ranges and forests.

Despite being the smallest village on this list, Sveti Stefan is one of the most iconic sights of the whole Adriatic coastline and a regular photo stop in any Montenegro road trip. This fortified island settlement of 15th century stone villas and churches is connected to the mainland via a narrow causeway that curves around into a small, pebbled cove. The beach is open to the public, but the island is accessible only to paying guests of the luxurious Aman Sveti Stefan resort that it now houses.

Sveti Stefan has a rich history, having first been first inhabited in 1442 when a wall was built around the island to protect locals from a Turkish invasion. In more recent times, it became famous among Montenegro beaches as a glamorous holiday destination for celebrities such as Marilyn Monroe, Elizabeth Taylor, and Richard Burton.

“Towns like Sveti Stefan are the reason I fell in love with Montenegro,” says a business owner. “This is one of the most unique and luxurious hotels in the world, and a remarkable testament to how far Montenegro’s tourist industry has developed in recent years.”

At the very tip of the Lustica peninsula lies the serene and tranquil village of Rose. Once a sleepy fishing settlement, Rose now attracts visitors that want to experience its off-the-beaten-track charm and while away the afternoon in one of its waterfront restaurants known for their fresh fish, bowls of mussels and grilled octopus.

Rose also has a number of quiet coves and sandy beaches, as well as a popular swimming platform located at Forte Rose, a medieval Austro-Hungarian citadel. History fans can wander through the old town, where the windy cobbled streets are lined with ancient buildings, and experience a taste of real Montenegrin village life. Divers also flock to Rose for its numerous underwater wrecks and rich marine life.

Do you know of any other Montenegro cities and towns worth visiting? Let us know in the comments below!