A Tour of Paris Best Ethic Neighborhood Eats and Culture

The next time you are looking for a good and not-so-expensive meal in Paris, think beyond the buckwheat crepes, cheeses, and ciders. There is so much more to Paris than great French food and culture. France’s colonial past, together with the cosmopolitan and diverse make-up of its capital city, has drawn people from all corners of the globe to Paris to share their foods and cultures, adding to the richness of the Parisian experience. 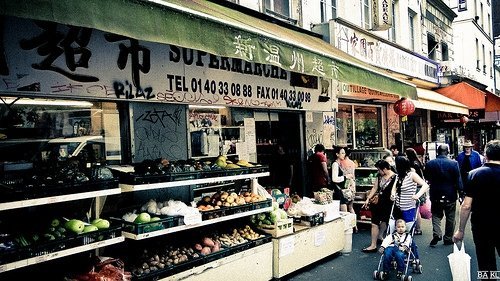 Belleville is an eclectic neighborhood popular with artists and home to a large diversity of ethnic groups that have shaped the face of this vibrant neighborhood since the early part of the 20th century. In Belleville, you will find a blend of Jewish-Tunisian couscous shops, Algerian bakeries, French fromageries, and the Parisian Chinatown.

On Tuesdays and Fridays at the Belleville Market (Boulevard Belleville, 11th arrondissement), visitors can find foods and other cultural items from all over the world and expect to pay less than in other open-air markets in Paris. If you are staying in the city center, the Belleville neighborhood will be reachable by metro.

Places to Eat in Belleville

Belleville is one of Paris’ less expensive neighborhoods, so you can expect to nab a great meal for around USD $10-$20.  Dong Huong (14 rue Louis Bonnet, 11th arrondissement) is a popular Vietnamese restaurant frequented by a diverse crowd of locals and a few tourists, as well as some of Paris’s top chefs who go there for inspiration.

For a crêpe alternative, Méditerranée Alimentation (30 rue de la Charbonnière, 18th arrondissement) is an excellent and inexpensive option. It is a maghrébin grocery store where you can try made-to-order Algerian crêpes called mahjouba. 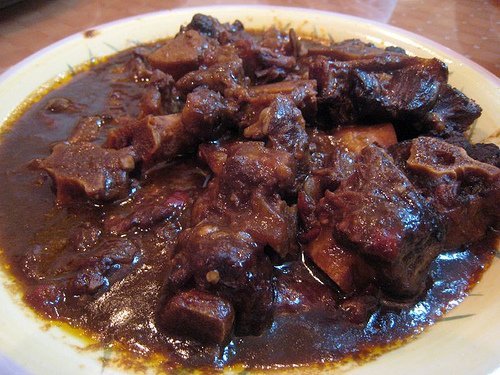 Located behind the Montmartre hill, Château-Rouge is the city’s “Little Africa.” The area is rich in West and Sub-Saharan African culture and inexpensive delicious places to eat like Restaurant Nioumre (7 rue des Poissonniers, 18th arrondissement), where you can enjoy a tasty and filling Senegalese meal for less than USD $15. You can also find Congolese and Ivory Coast shops and restaurants at which to take a tour of Africa in Paris.

Château-Rouge is home to the African Market on rue Dejean. Tourists and visitors from all over go there for the best West African cuisine in Paris, as well as for authentic African textiles, and to pick up spices of every kind imaginable. There are also great Paris hotels close by for easy access to the bustling African neighborhood as well as to nearby Paris attractions like Moulin Rouge and the Sacre-Couer basilica.

The next time you are in Paris, elevate your experience beyond the Eiffel Tower and take the opportunity to explore some of the spectacular ethnic neighborhoods scattered throughout this diverse city. You will not regret this decision to explore another side of Paris filled with great eats, budget prices, and tons of reasons to return to Paris for more.