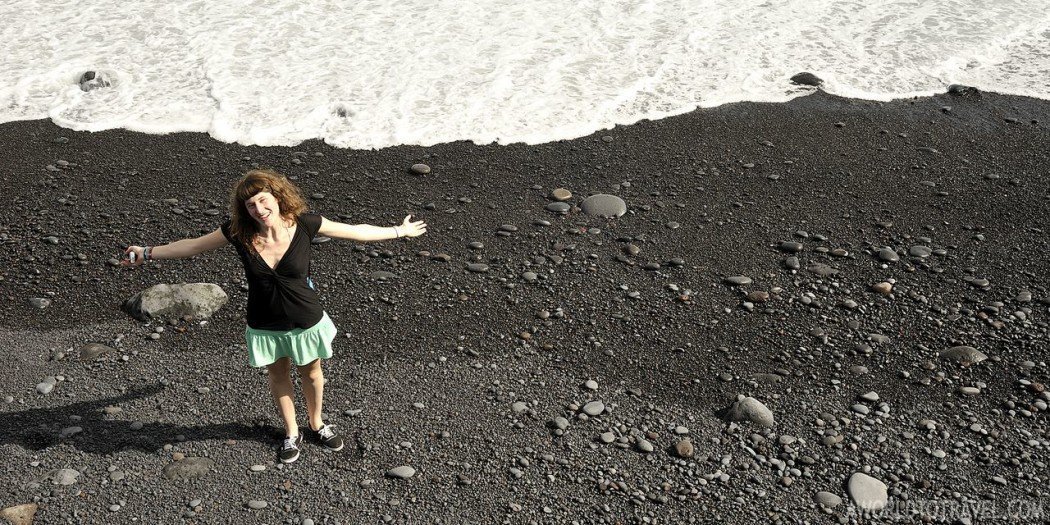 Little we knew back then that two years later we would be taken these pictures online.

December. Extreme winter conditions in the Alps, where I had been a few days before, and in continental Europe overall where we would be heading after. But thing is that I have never seen better-tailored weather than the Canary Islands‘ one. Once again, our love for this Spanish jewel made us head South. Tenerife was awaiting us.

Not that long ago we had provided ourselves with a nice DLSR. And a small waterproof point and shoot. It was time to put those beauties to work. Before we knew it, we had already taken tons of great shots with the big one and almost a hundred panorama pictures while getting used to that amazing new feature the little one had. Well, long story cut short, we ended up messing with the big camera memory card and losing pretty much every single picture we were proud of.

First world problems and irrelevant drama apart, after four great days on the island, we headed back to Paris and erased any possibly love for our Tenerife pictures in a blink.

Till today. When we have just found this sweet collection of panoramic Tenerife shots we didn’t even think of since then. They synthesize our memories and days on the island. How we road-tripped it anti-clockwise to stop and take pictures of the seaside without having to cross the roadway.

The awe-inspiring scenery we found right after leaving the ring road to start driving towards the Teide, the island core. The lush green beauty of nature in the North part with breathtaking lookouts we wouldn’t get tired of. How wandering around the cozy towns we were finding in our way, was like immersing ourselves into a whole new dimension of color, warmth, and hospitality. To sum up, how we were thrilled and delighted by Tenerife, its landscape, weather, and people.

Scroll down if you want to know what I mean.

So many precious memories came back today. Watch out Teide! We might be back soon to climb you up.