Belgium has not made it on the must-see list for many a traveler. Yet with an abundance of culture, castles and beer a-plenty Belgium has the goods to entice. Add to that well-maintained roads that are free of tolls and you have the recipe for a perfect 7-day Belgian Roadtrip.

The Kingdom of Belgium is a little triangular-shaped country in Western Europe, flanked by the North Sea to the East, the Netherlands to the North, Germany to the West, and France to the South.

The country is split into three regions: Flanders (North), Brussels Capital Region (Center), and Wallonia (South). Each region has a different official language, meaning roadsigns will be adapted to reflect the official language of the region. Expect Flemish in Flanders, Flemish and French in Brussels, and French in Wallonia.  In general, Belgians tend to be proficient in several languages and will be more than happy to help you out in English.

Why is it worth taking a road trip through Belgium? 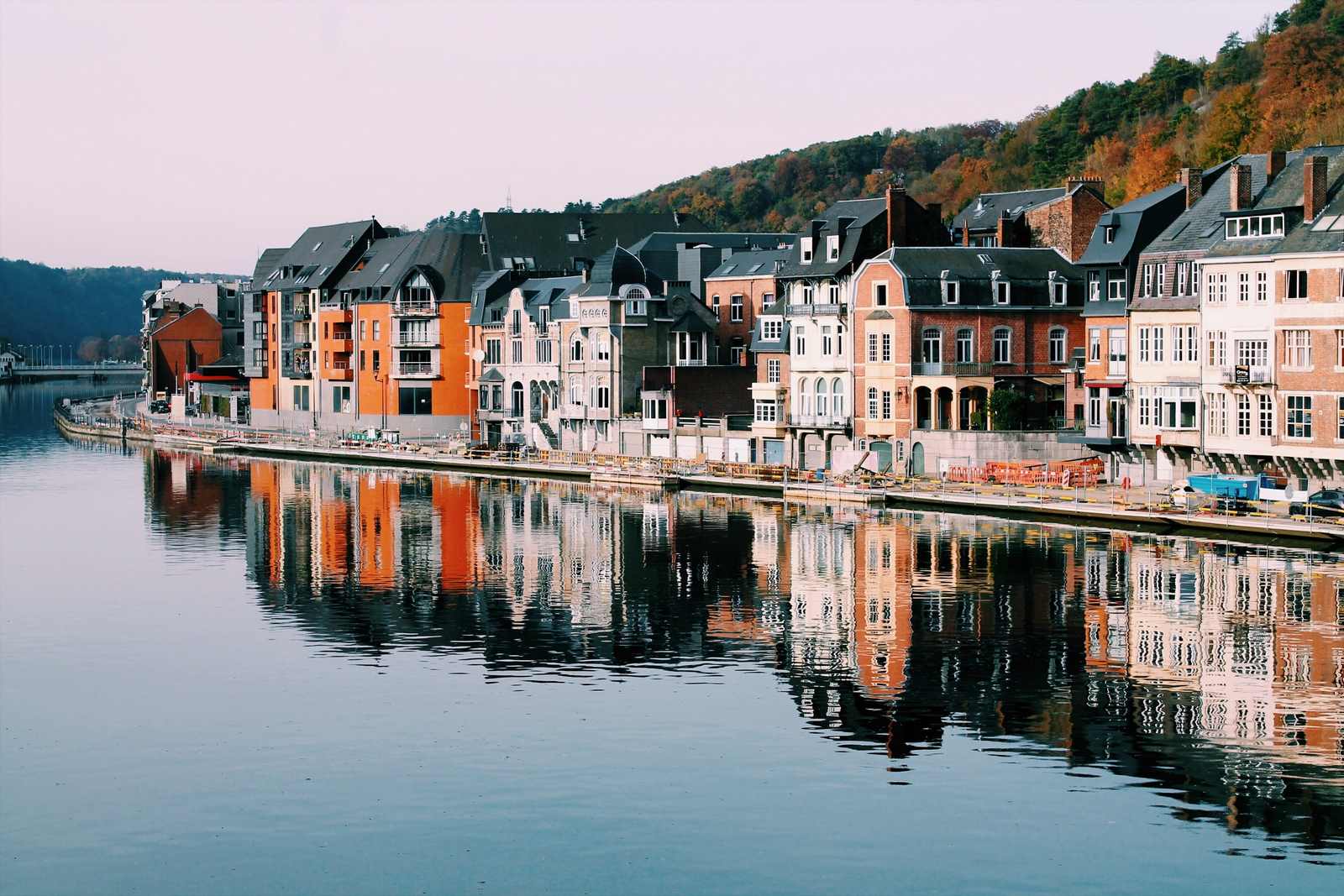 Untouched by over-tourism yet brimming with things to see, Belgium has plenty to offer the keen visitor. The country is home to no less than 15 UNESCO Heritage Sites, over 3000 castles, thousands of beers, and the best chocolate you will ever have the pleasure of tasting.

Though a relatively young country for European standards (Belgium was founded in 1830), the territory of Belgium has a long and rich history thanks to the strategic location by the North Sea. This becomes crystal clear when walking around the Historical Centers of the main cities: Bruges, Brussels, and Antwerp.

While the country has a very good system of public transportation, not all the locations are as easy to access often requiring multiple forms of transport (for example the castles in the province of Namur). Having a car will allow you to dive deeper into the inner folds of the country, exploring every nook and cranny at your own pace.

Places to see during your 7-day Belgian road trip 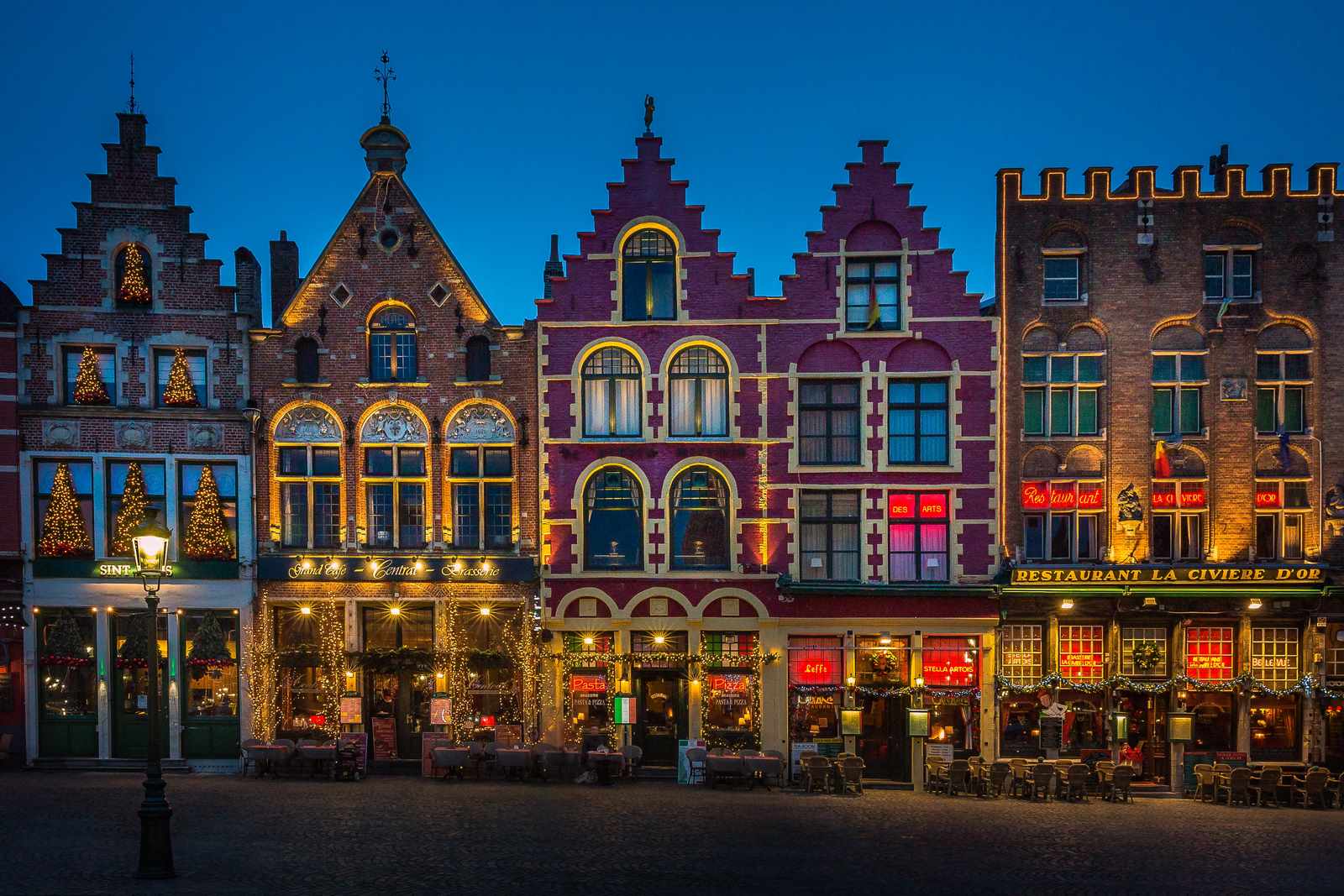 Belgium is a small country and most locations described in the 7-day road trip guide are an easy 2-hour drive from the capital Brussels. If you are not a fan of lugging around your luggage you could opt to use Brussels as a hub and visit the various cities on day trips.

Start by checking out the best area to stay in Brussels before delving into booking your hotel. You will want to stay on the outskirts of town to avoid the bulk of the city traffic. Saint-Gilles is a great neighborhood with plenty of bars & restaurants and ample parking.

Spend a day in Antwerpen 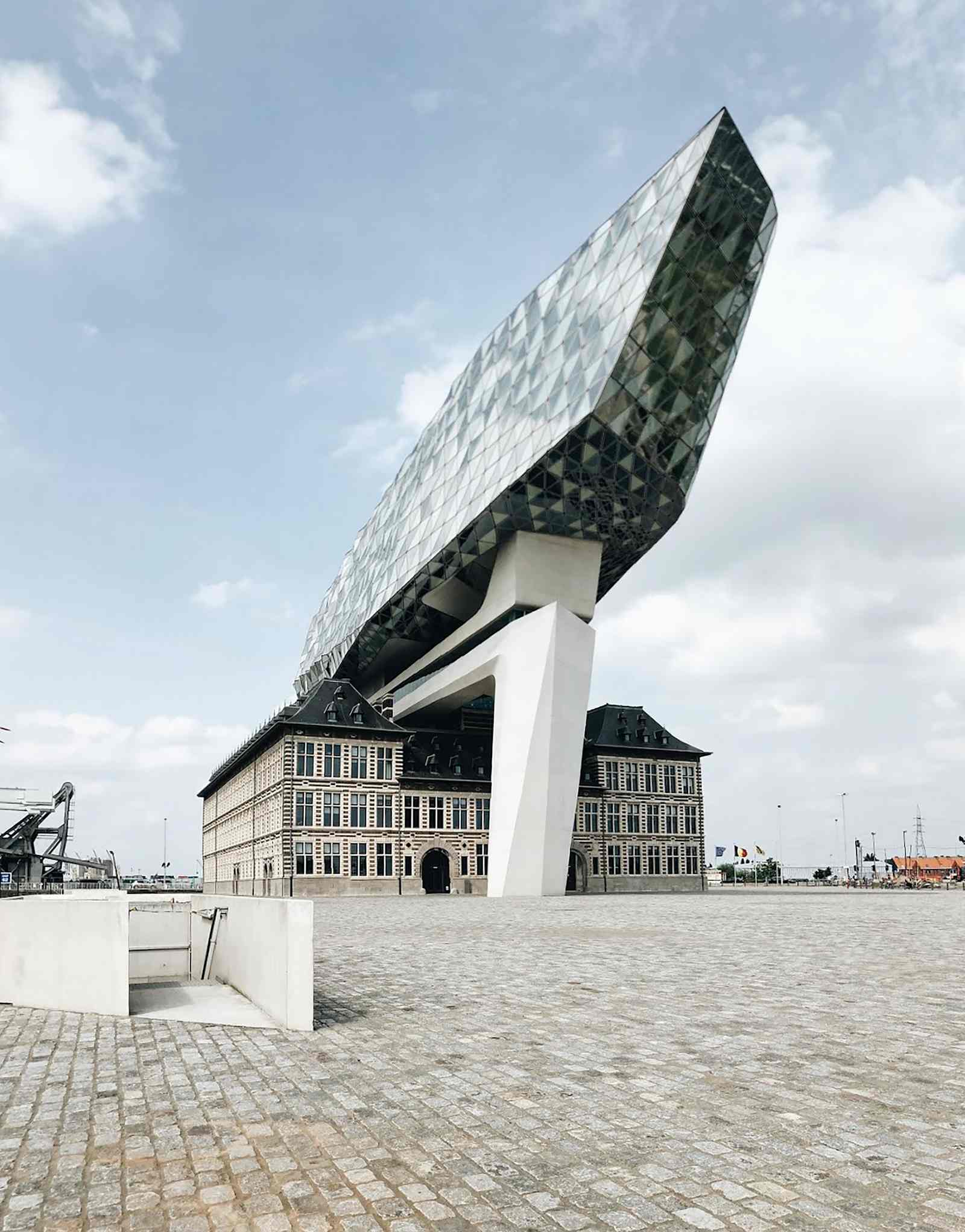 Where to park: Park in the centrally located Arenberg Parking

Dating back as far as the 16th century, the city of Antwerp played an important historical and economic role. The presence of the harbor meant it was a hub for merchants trading their goods. Rich merchants and guilds poured their hard-earned pennies into the now Historical Centre of Antwerp, remnants of which are clear when walking around the Grote Markt (Main Square) and the surrounding spiderweb of streets.

Visit the opulent Cathedral of our Lady Antwerp, the lesser-known Saint Andrews Church, and the beautiful Saint Charles Borromeo’s Church. Get transported back into Medieval Antwerp when visiting the Vlaaikensgang, the Rubens House, and the Plantin-Moretus Museum. And finally do not miss out on some of Belgium’s best shopping in the chance to peruse the Nationalestraat, Kammenstraat, and the Lombardenvest.

The place to be for hip eateries and artsy cocktail bars is Antwerpen Zuid. A 30-minute walk from the Grote Markt will take you through to Marnixplaats, the perfect place to grab a drink and mingle with the locals.

Visit the small town of Mechelen 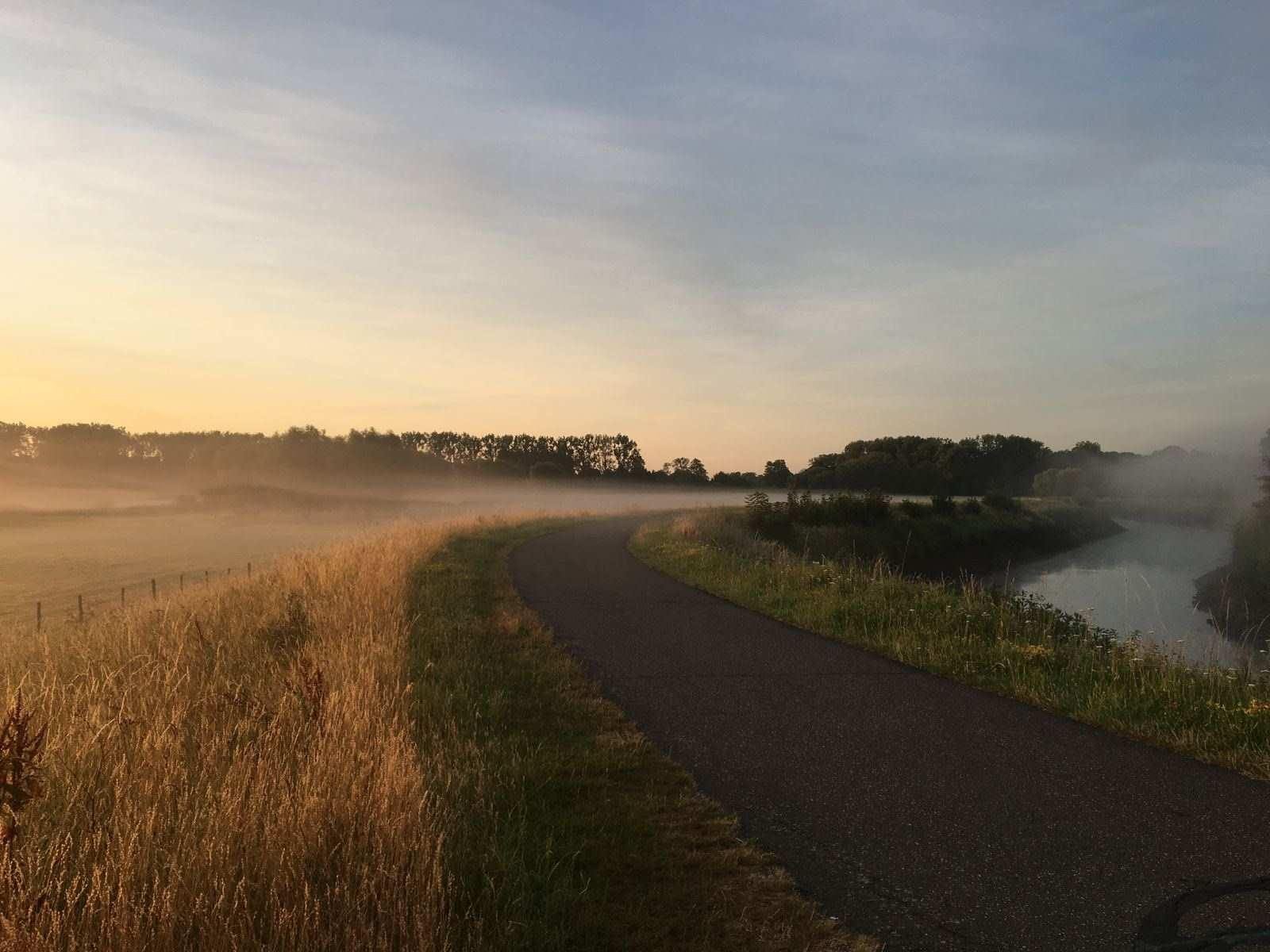 Where to park: Park under the main square on the Parking Grote Markt or the Parking Hoogstraat

Wedged between the two largest cities in Belgium, Brussels and Antwerp, the little city of Mechelen often times finds itself ever so slightly forgotten. This however is its greatest charm, it means the city has remained beautifully authentic and is one of the very best places to catch a glimpse of true Flemish culture.

Thanks to a generous local policy to fund local startups implemented by the city council, new bars, eateries, and little stores pop up in the city on an almost daily basis. A favorite among the locals is the covered food market called De Vleeshalle. Inside a multitude of different food stalls offering a variety of different cuisines ranging from fish and chips to delicious Phô. 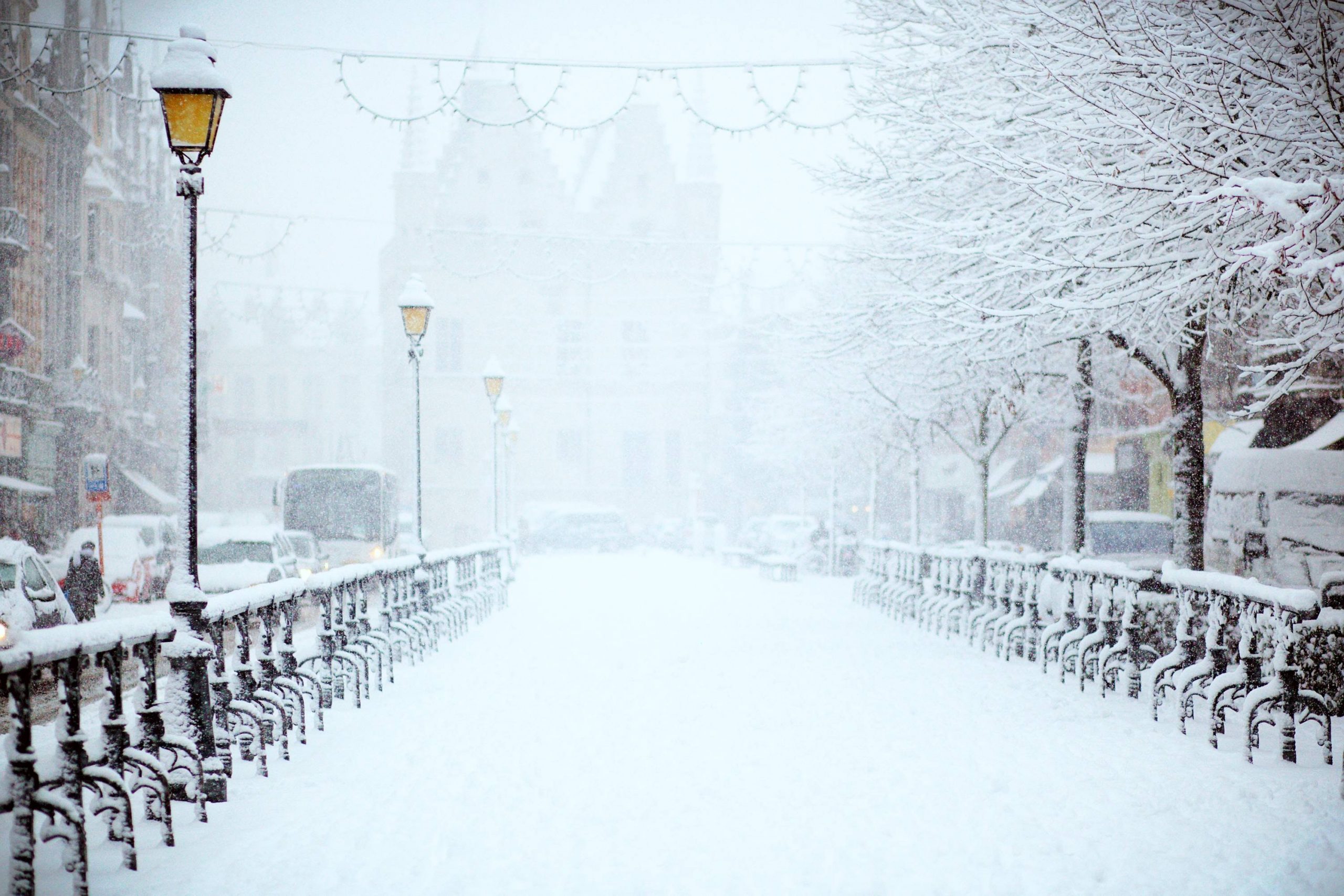 Walk up the 500-something steps of the Saint Rumboldscathedral to catch the very best views. On a clear day, you can spot the Atomium in Brussels and the Cathedral of our Lady of Antwerp. Take in the pastel-colored guild houses on the Grote Markt (main square) and the Cloth Halls, head over to the bustling fish market and join locals for a great night on the town.

Explore Brussels and its surroundings 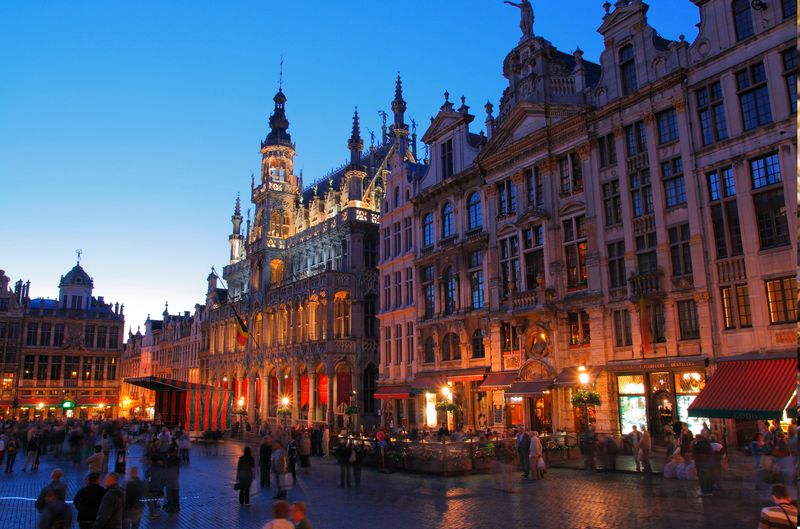 Where to park: Leave the car parked by your hotel when you explore Brussels City Center and opt to take the metro.

Spending one day in Brussels is a great way to get a feel for the thriving capital of Belgium. Start by exploring the Historical Center in and around the majestic Grand Place (Main Square). Visit the city hall and the Belgian Brewers Museum on the square before heading towards Café Dandoy for a delicious Belgian Waffle. Spot Manneken Pis (the little peeing boy) and go on the hunt for his friends Jeanneken Pis and Zinneke Pis.

Take in some contemporary art at the Bozar and reward yourself with a drink on their rooftop terrace (open from June to September). Should the rooftop terrace at the Bozar be closed, try your luck on the top floor of the Museum of Instruments (MIM) which is open yearlong and serves a delicious brunch. End your day in one of the many bars & restaurants in the Ixelles or Saint-Gilles area. Place Saint Boniface is a popular hangout for locals.

On your second day, venture out of Brussels and explore some of the lesser-known landmarks around the city. Start your day with a stroll through the beautiful La Hulpe park with its ivy-covered little castle, next drive to the Gaasbeek Castle (closed for renovations until 2023 after which it will be open to the public once again). End the day at the Atomium, watching the sunset from the restaurant at the very top.

Travel to the city and province of Namur 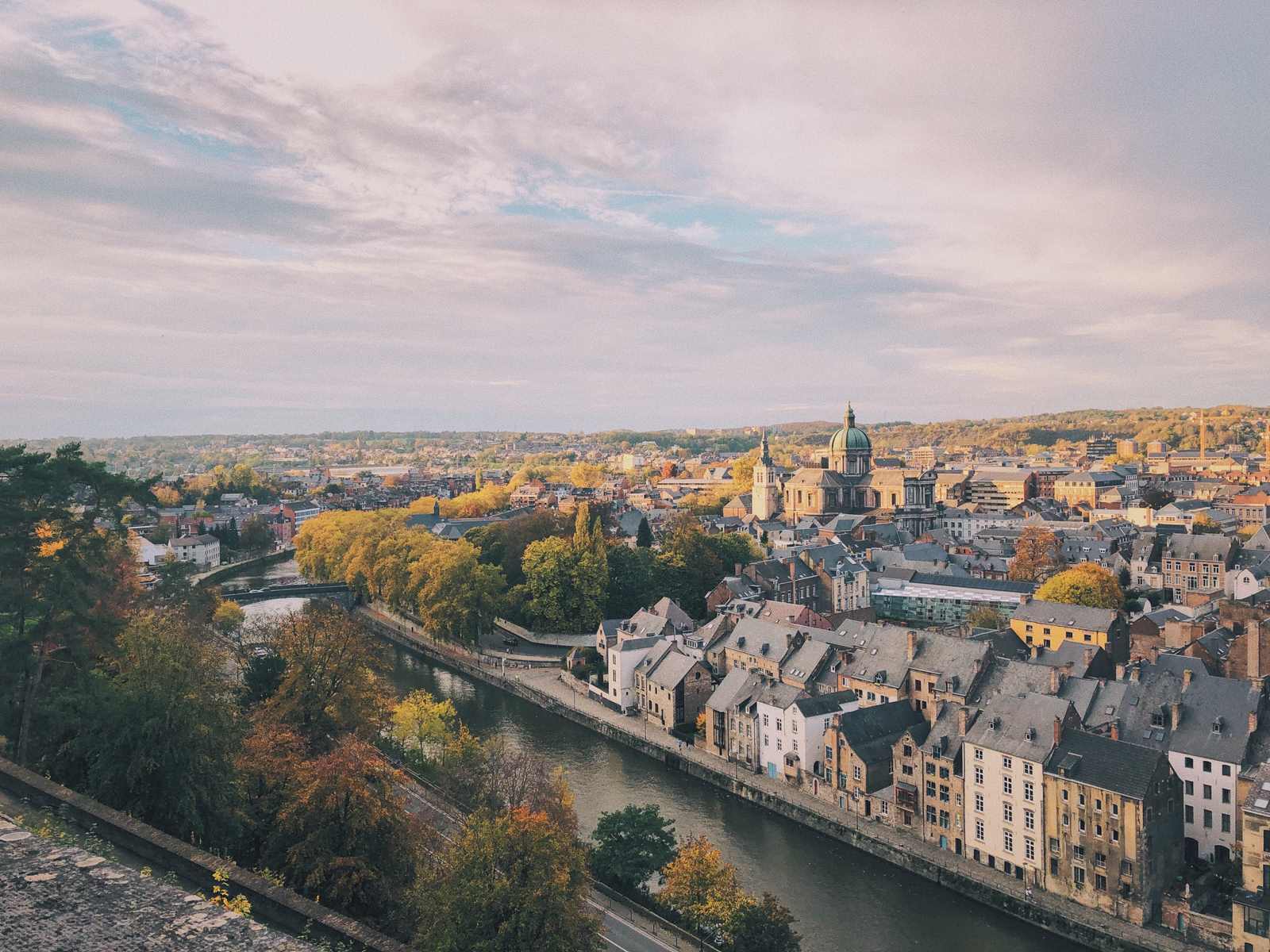 Where to park: Park along the river in the BePark – Paring Namur Centre

The city of Namur is the capital of the Wallonia region. In recent years it has received a significant increase in funding from the regional government to promote tourism which has translated into a state-of-the-art, interactive museum in the Citadel of Namur, a revival of the historical funicular connecting downtown Namur with the Citadel and hip bars & restaurants mushrooming up across town.

Visiting Namurs is a great way to discover the southern part of Belgium and get a taste of Walloon culture. Bear in mind the main language spoken in this part of the country is French. Aside from the Citadel and the funicular, visit the UNESCO classified Belfry of Namur, finish the day by heading down to the oldest watering hole of the city dating back 400 years and try a local beer.

On day two explore the surroundings of Namur, there are a variety of different activities to choose from. Castle lovers will want to visit the Vêves Castle, adventure lovers might choose to head to Dinant to experience kayaking while hikers will want to download the Komoot or AllTrails app to get GPX coordinates to the plethora of different hikes around Namur. Last but not least, beer lovers can opt to head over to the Maredsous Abbey to try their famous beer and cheese while visiting the Abbey. 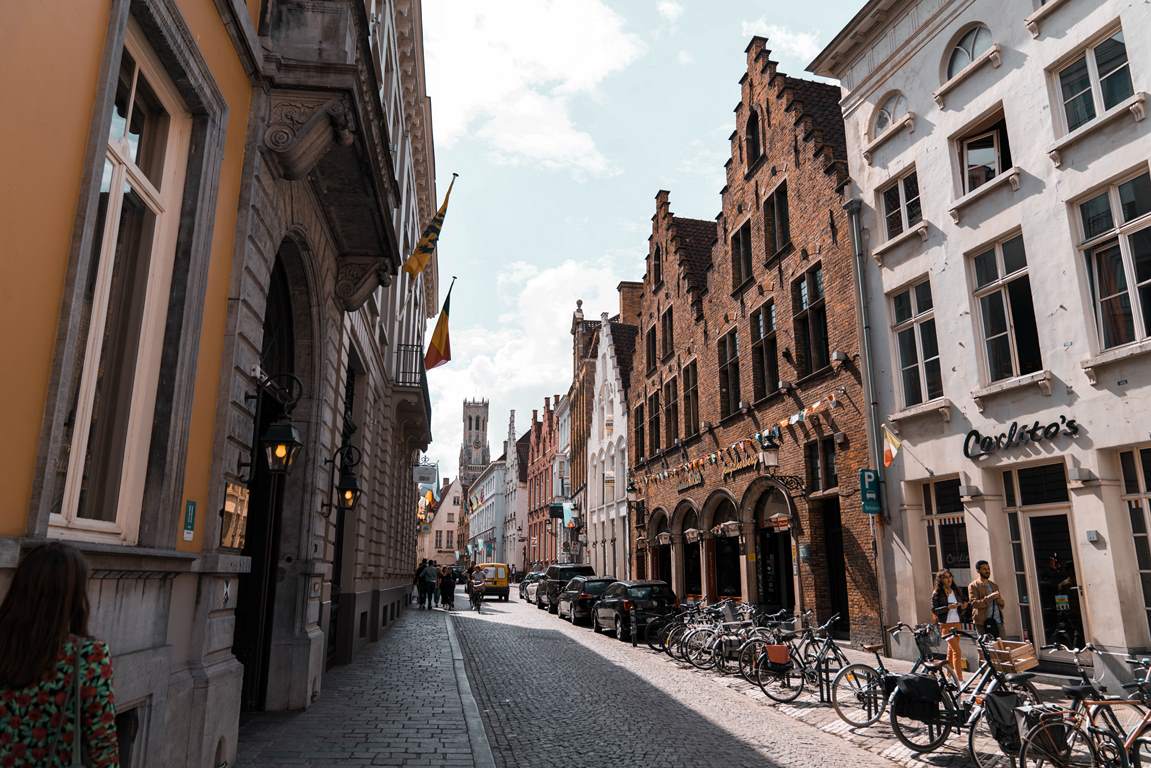 Where to park: Park in the Interparking Brugge – Parking ‘t Zand

Kick your butt out of bed a little earlier and head over the Bruges. If you are visiting in high season (June, July, and August) you will want to visit early in the morning to beat the hoards of tourists. The Historical Center is very quaint, although small making it feel cramped quickly.

Visit the Grote Markt (main square), walk up the 83-meter Belford for the best views over Brugge, and explore the Medieval Cloth Hall. Pay €10 for a guided tour on the canals of Bruges, although cliché it is an absolute must. As your guide points out the various historical buildings along the waterfront you will get a completely different perspective of the city. Rental of a private boat is sadly not possible (for locals and tourists alike).

Plan in enough time to amble around the cobblestoned little alleyways leading you to some of the main highlights of Bruges including the Beguinage, The Church of Our Lady Bruges, the Basilica of the Holy  Blood, and the Rozenhoedkaai. 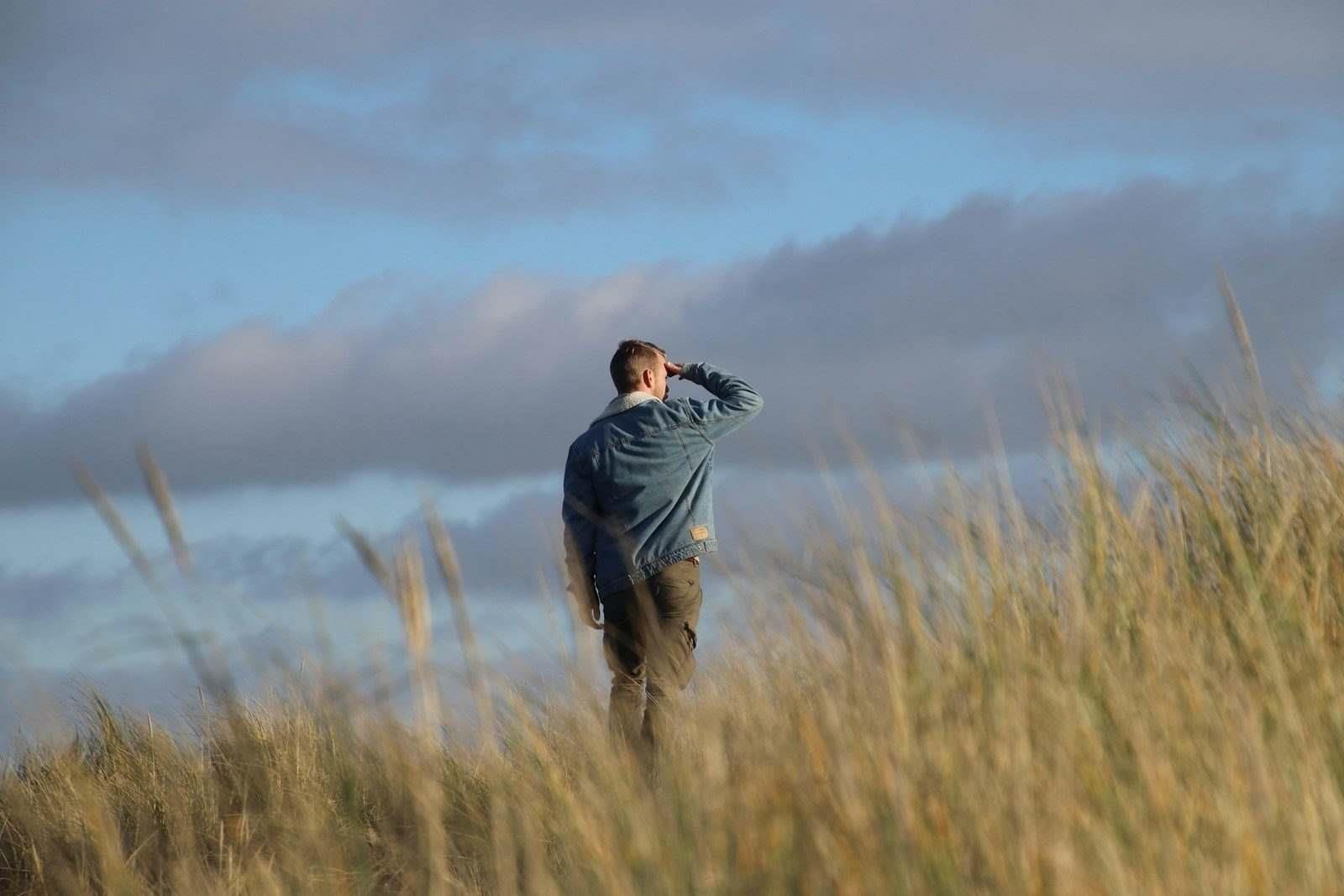 Despite outward appearances, Belgium has a thriving coastal scene. One ray of sunshine in spring and summer is usually enough to send many a Belgian in a mad frenzy to rush to the coast. The most popular cities are Oostende, Knokke-Heist and De Panne. These little cities tend to fill up quickly making both the quest for parking and a spot on the beach gruesome at best.

Instead opt to drive to the much-lesser known De Haan, replete with belle-epoque villas and neverending stretches of white sandy beach. Grab an ice cream from one of the many ice cream parlors in front of the Ocean or pull on your walking shoes and walk the 9km loop walk from De Haan to Wenduinen along the beach. 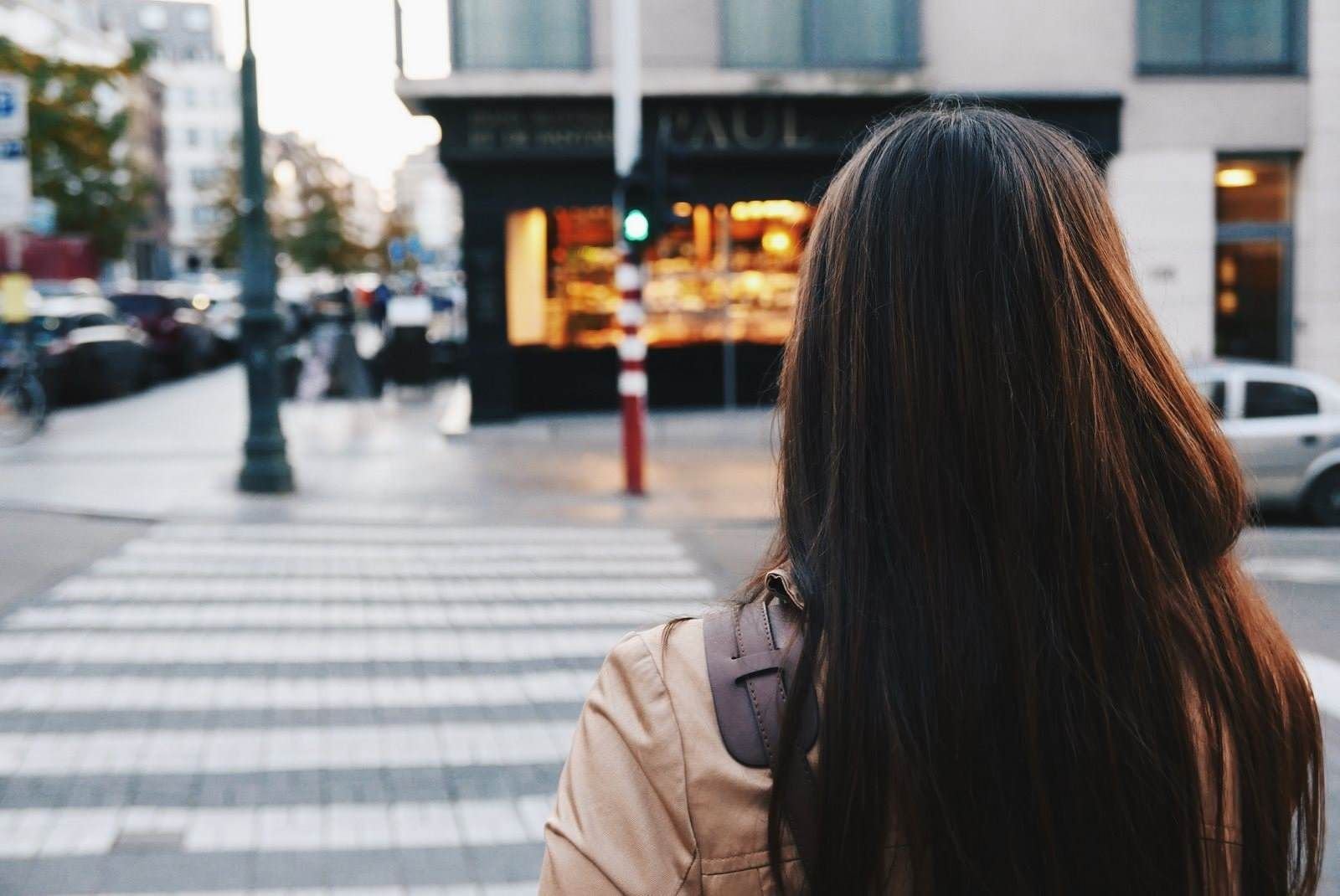 Driving in Belgium is a lot easier compared to other countries in Europe. Belgians are relatively calm drivers, who are respectful of the traffic rules. Blinkers are used, stop signs are not ignored and handicapped parking is respected, for the most part.

Flanders and Brussels are covered by an extensive network of speed cameras. As a general rule of thumb 30 km/h is the speed limit when in the vicinity of a school, 50 km/h is the speed limit within the confines of the city/town while motorways allow for a speed of 120 km/h. Fines for speeding apply for transgressions starting at 6km/h above the speed limit and serious offenses can result in the removal of your driver’s license for up to a couple of months.

To be allowed to drive in Belgium you must be 18+ and in possession of a valid Driver’s Licence. Please note that the legal age for renting a car is 21 years or older. Drivers between 21 and 24 years old will need to pay a young driver’s fee of €12.10/day.

How to get to Belgium

Belgium is serviced by two main airports, Brussels Airport and Brussels South Charleroi Airport. Brussels airport is on the outskirts of Brussels and has a great connection to the major cities in Belgium. When taking the train from and to Brussels Airport a supplement of €5.7 is charged on each journey).

Both airports have car rental services at the arrivals hall, ensuring you can start your road trip through Belgium the minute you step off the plane.

Caroline Muller is a self-proclaimed foodie with a love for writing & photography. She runs Veggie Wayfarer. 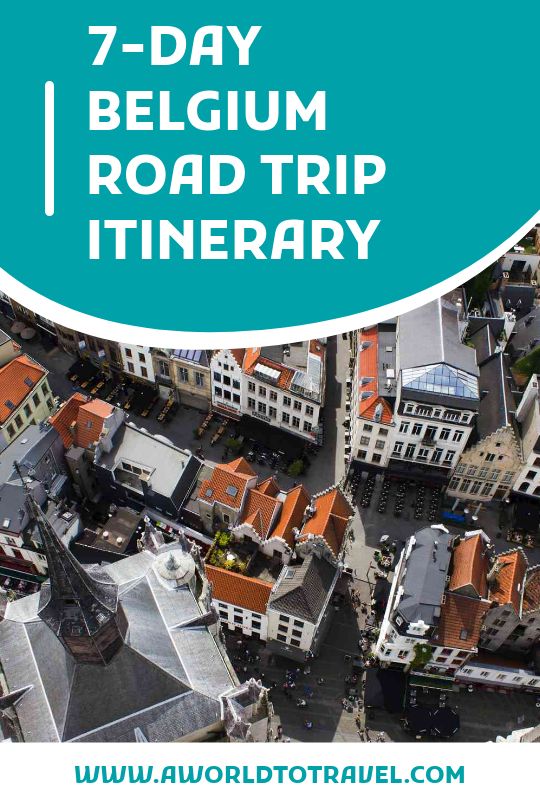