My hangover is over. Yayyy!

I kid you not, age is a bitch. However, before starting all over again – we are heading to Resurrection Fest this weekend – I wanted to kick the O Son Do Camiño festival review. Otherwise, stuff might get blurry. I have this.

So before further ado, let me introduce you to the good, the bad, and the ugly (kidding!) of this first edition of O Son Do Camiño in Santiago de Compostela, Spain.

What we loved about O Son Do Camiño Festival 2018 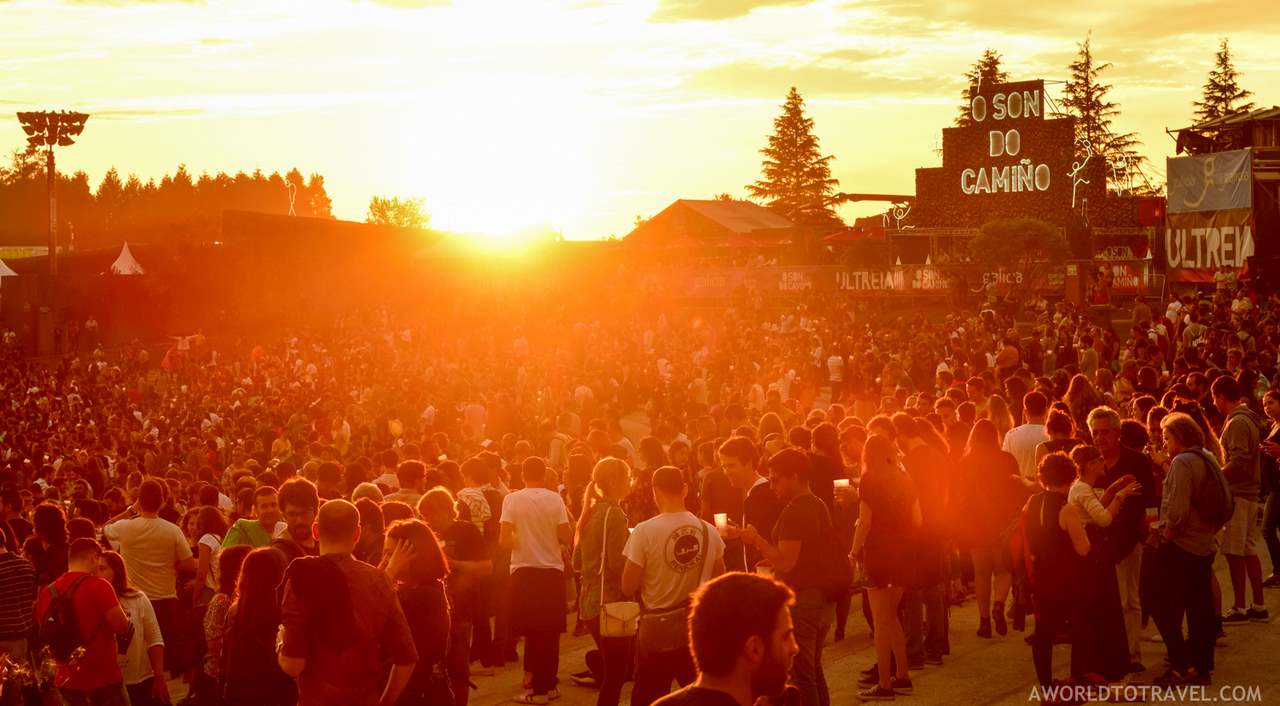 For Galicia, this festival was a big one. We aren’t used to hordes around here and therefore I was skeptical about how it would all work. To everyone’s surprise, the 25000 people attending – it sold out – never felt too much. In fact, due to some divine gift, the second and smaller ‘Galicia’ stage only gathered the right amount of people. The band that was playing fans. Something that avoided us hearing unnecessary complaints from random people.

The larger ‘Estrella Galicia’ stage, on the other hand, was always full. Yet somehow there was always enough room for everyone to breathe, socialize and dance! 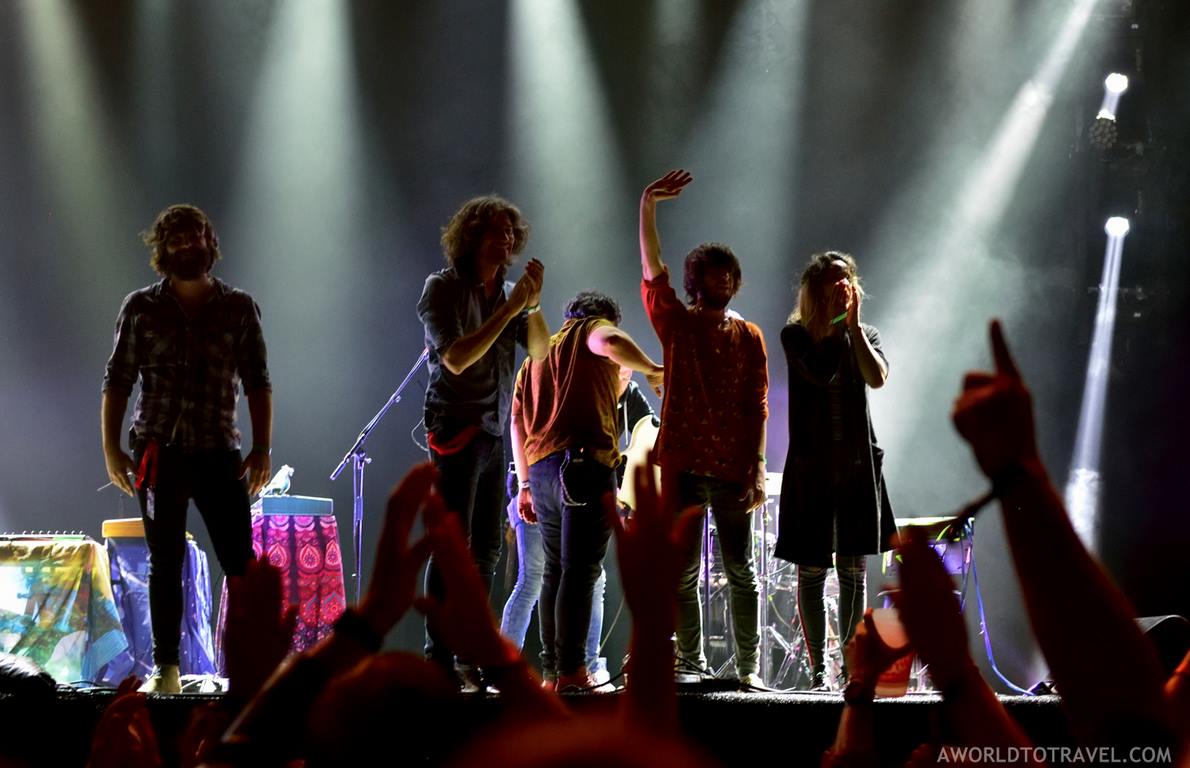 Whoever scheduled all the gigs did a great job. It was possible to attend every one of them – with a bit of trekking in between both stages. If only it was always this easy to kill FOMO…

3. The variety of music genders to suit all tastes 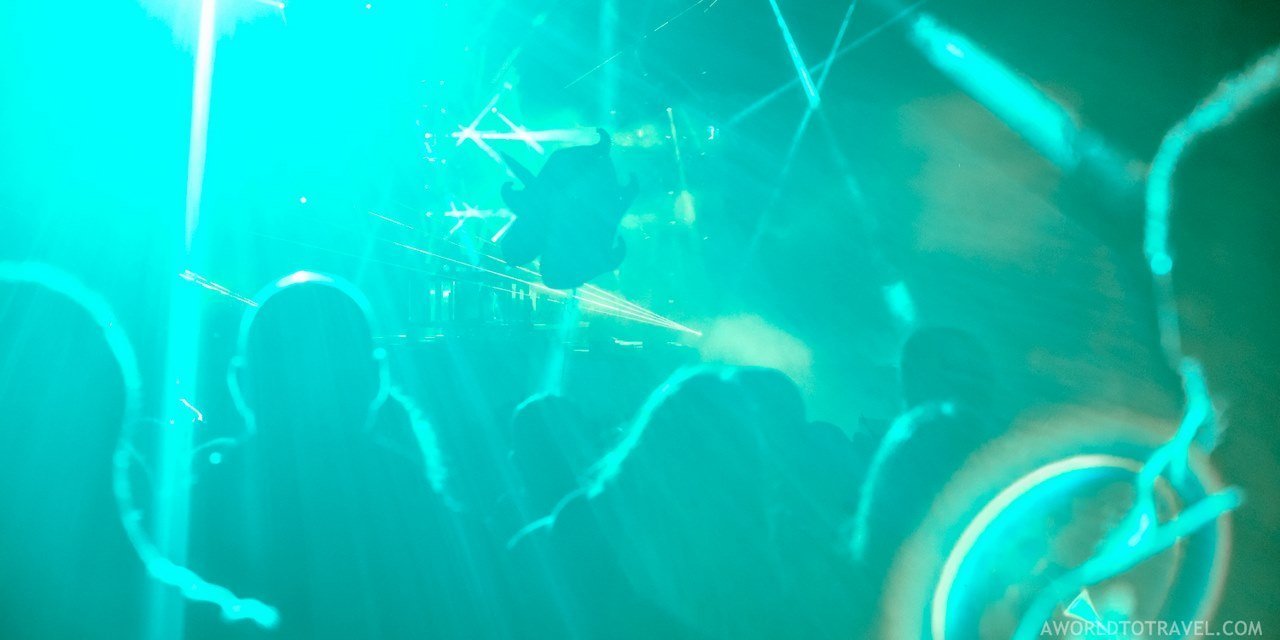 From indie to psychedelic rock, funk, pop, instrumental, EDM, and more; it was pretty easy to please the crowds as the styles were plenty. Which made it all even more rich and engaging. 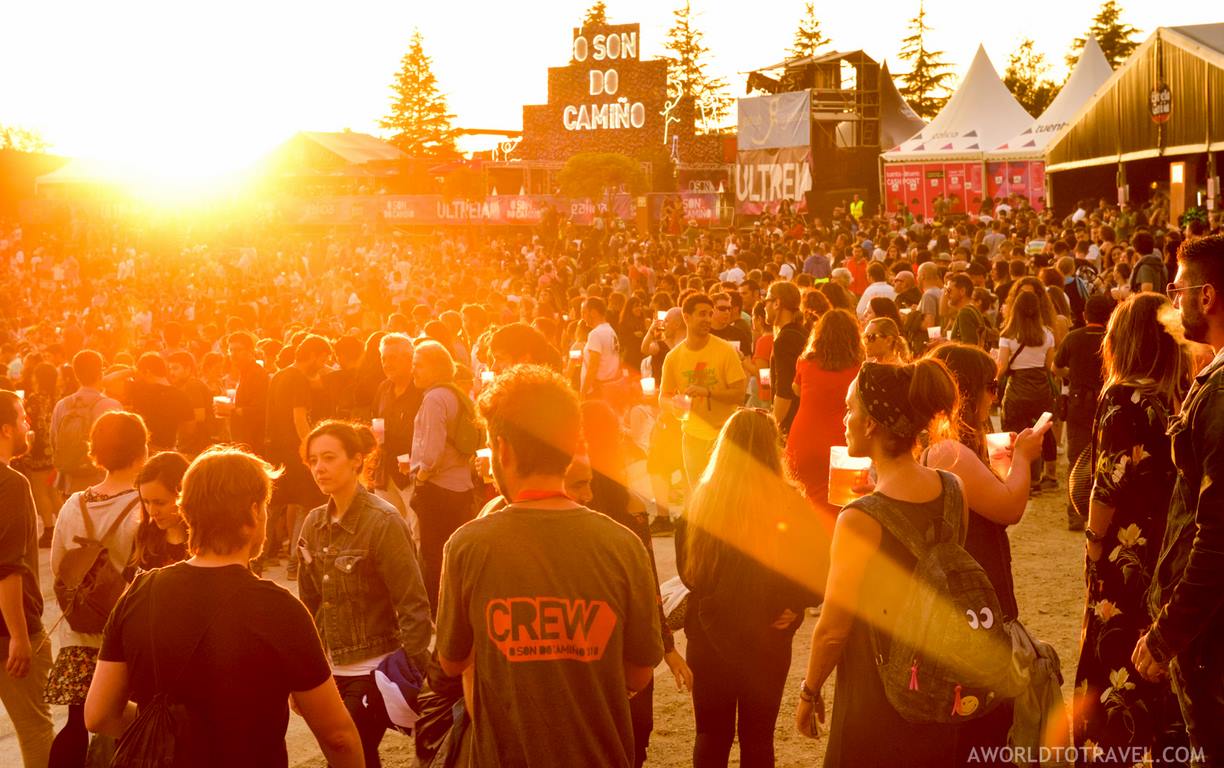 After partying in several music festivals around the world, you start appreciating the small stuff. It makes all the difference to get a smiley face whenever you order something at the bar, find beer guys 5 meters from the stage ready to pour you half a pint or – wait for it – be handed toilet paper by a human being before heading to the toilet! I’m still in shock about this last one. 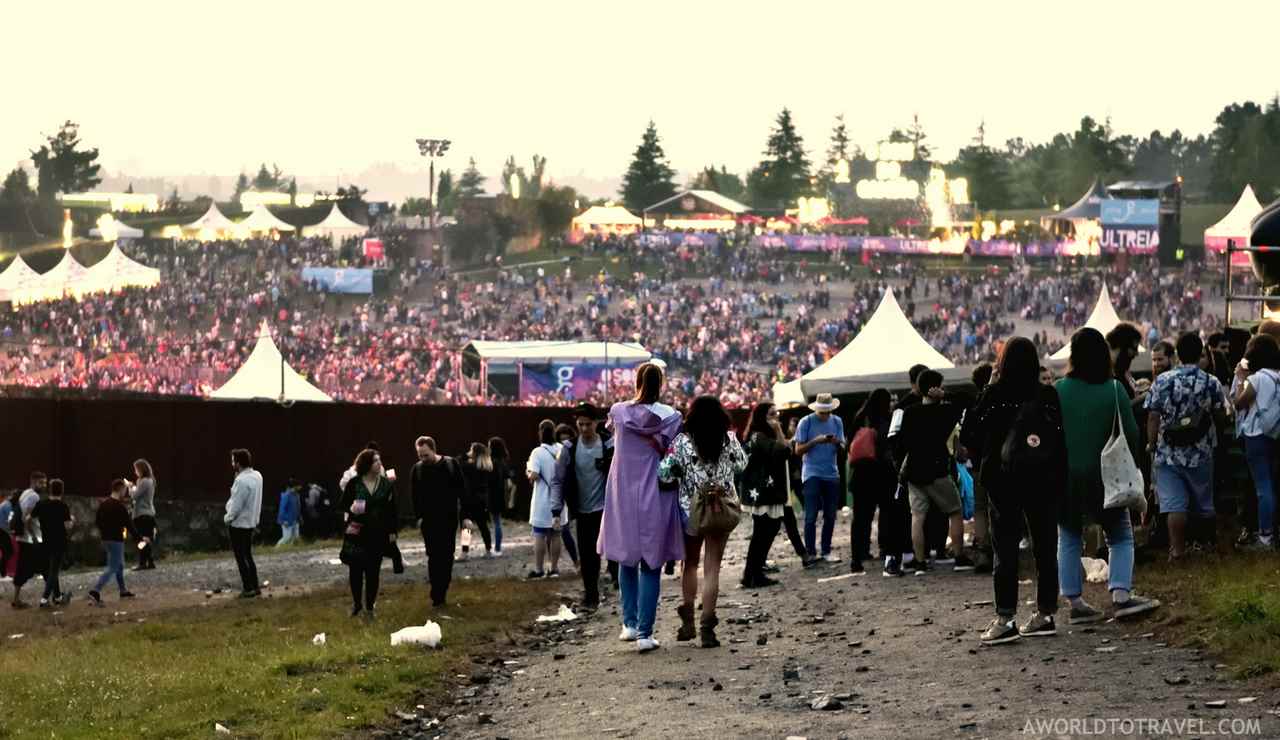 Nothing too fast, yet I did not spend over 10 minutes waiting anywhere. Pure bliss!

6. Many foods and drink choices 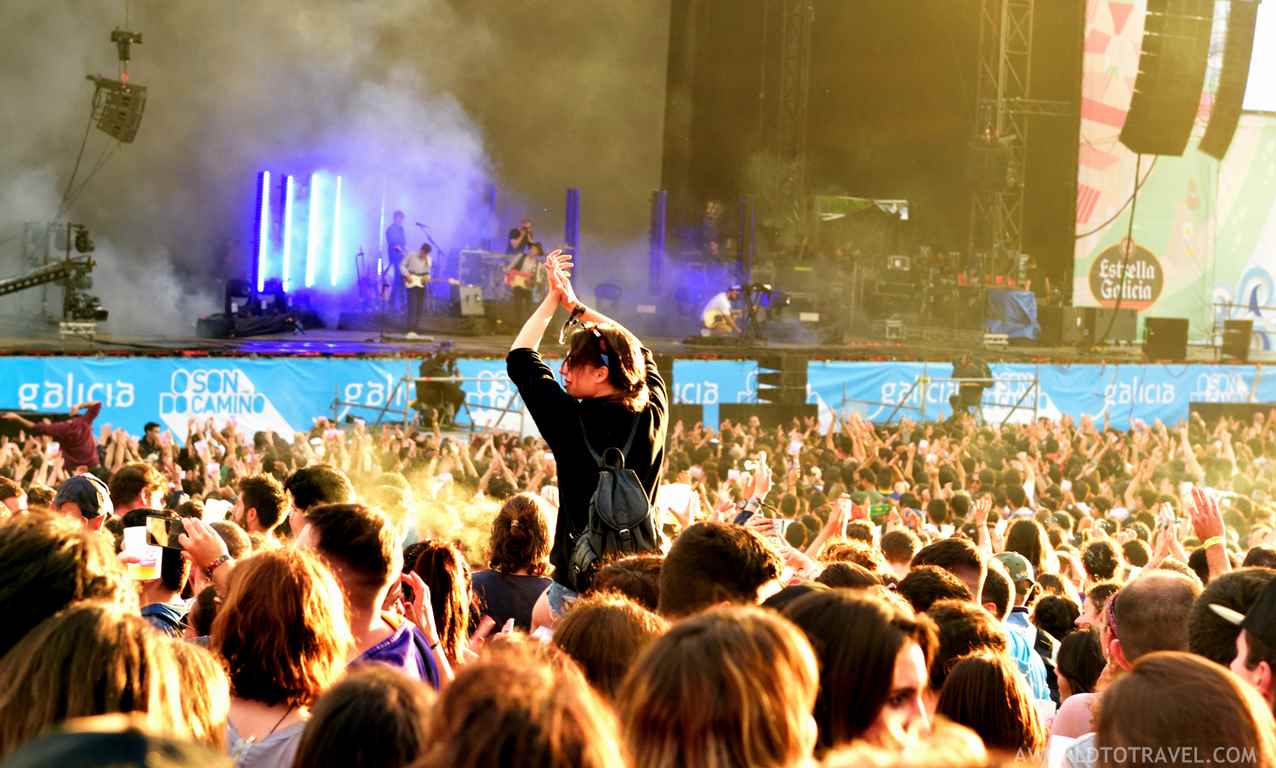 Although I heard celiac food sold out soon, the fact bars were very well stocked and the range of meals to choose from in the food trucks area was rather impressive.

But what rocked everyone’s boat – esp. the younger ones – was that right outside the main entrance there was enough room for everyone to have a few drinks without being bugged by the staff. Plus, a couple of really cheap pop-up bars to allow the not so young ones – or whoever wasn’t carrying drinks – to do so too for a fraction of the festival prices (up to 26€ for a large mixed drink!). 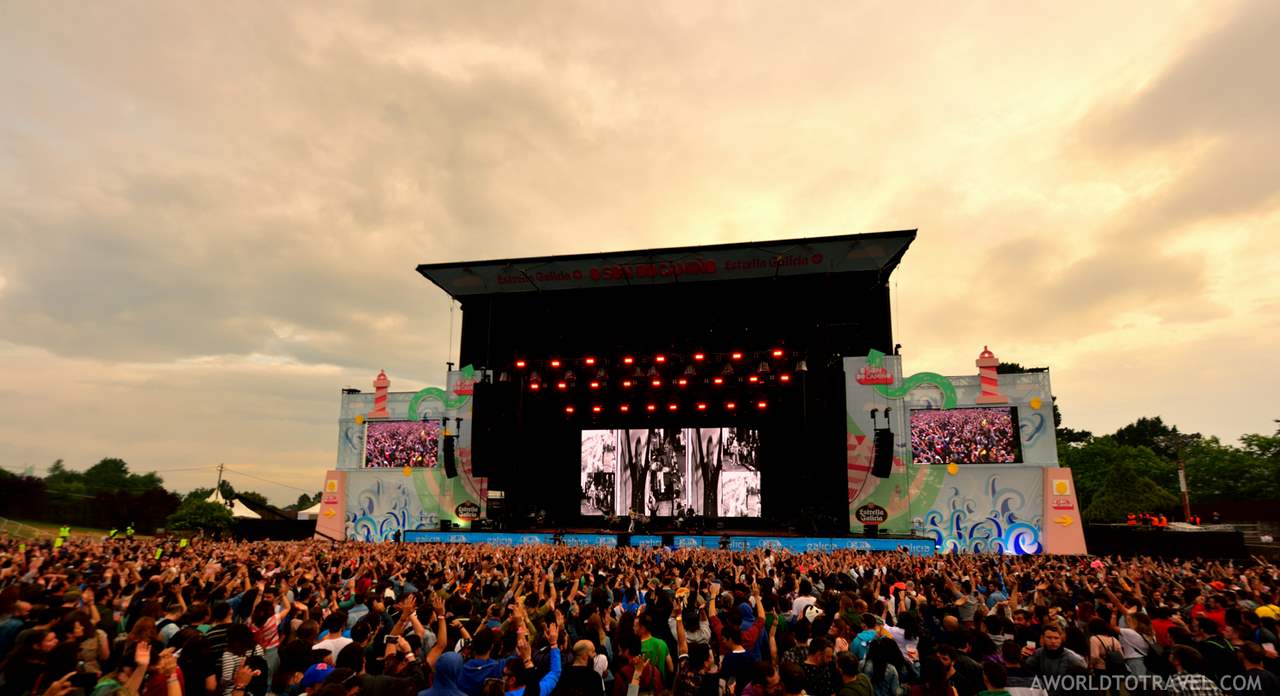 We’ll talk about this later, but for now, it suffices to say that not only Galicia is stunning as a whole but the chosen place for this festival – Monte do Gozo – was perfect. Kind of makes us Galicians proud of our land.

8. O Son do Camiño is at the doorstep of Santiago de Compostela 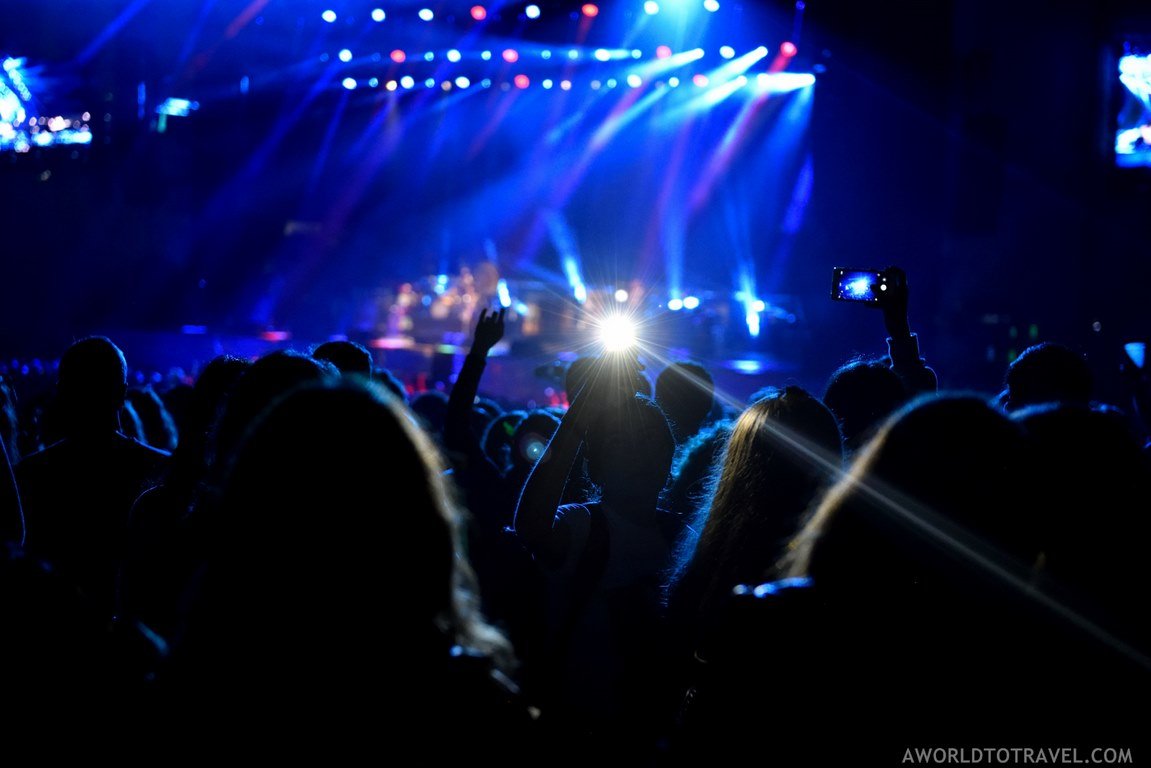 One of Galicia’s main cities and the ending point of ‘Camino de Santiago’ – aka. St.James Way. This music festival is part of the marketing efforts to promote 2021 Pilgrimage festivities in the city. The good news is that, most likely, this is only the beginning and if money does not run out, we are in for a treat! We’ll see.

9. It has a rather healthy atmosphere 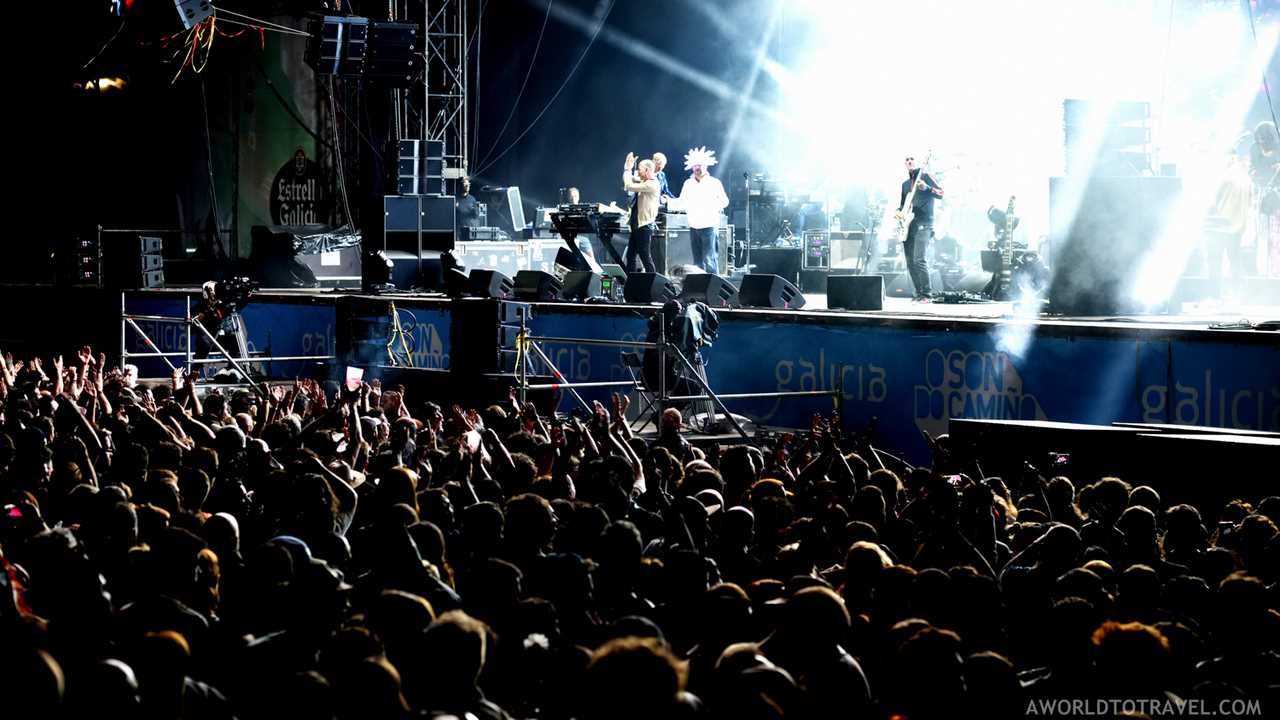 More times than I’d like to admit, I find myself walking among zombies at some festivals. Luckily, this wasn’t the case at O Son do Camiño, where mostly everyone behaved. Maybe they read our survival festival guide.

10. It showed music has no age

As you could find people from all age groups. From toddlers on top of their parents to supervised teens, people in their twenties, in their thirties (this group particularly enjoyed the lineup I heard bwahaha), forties, fifties, and beyond. LOVE IT. 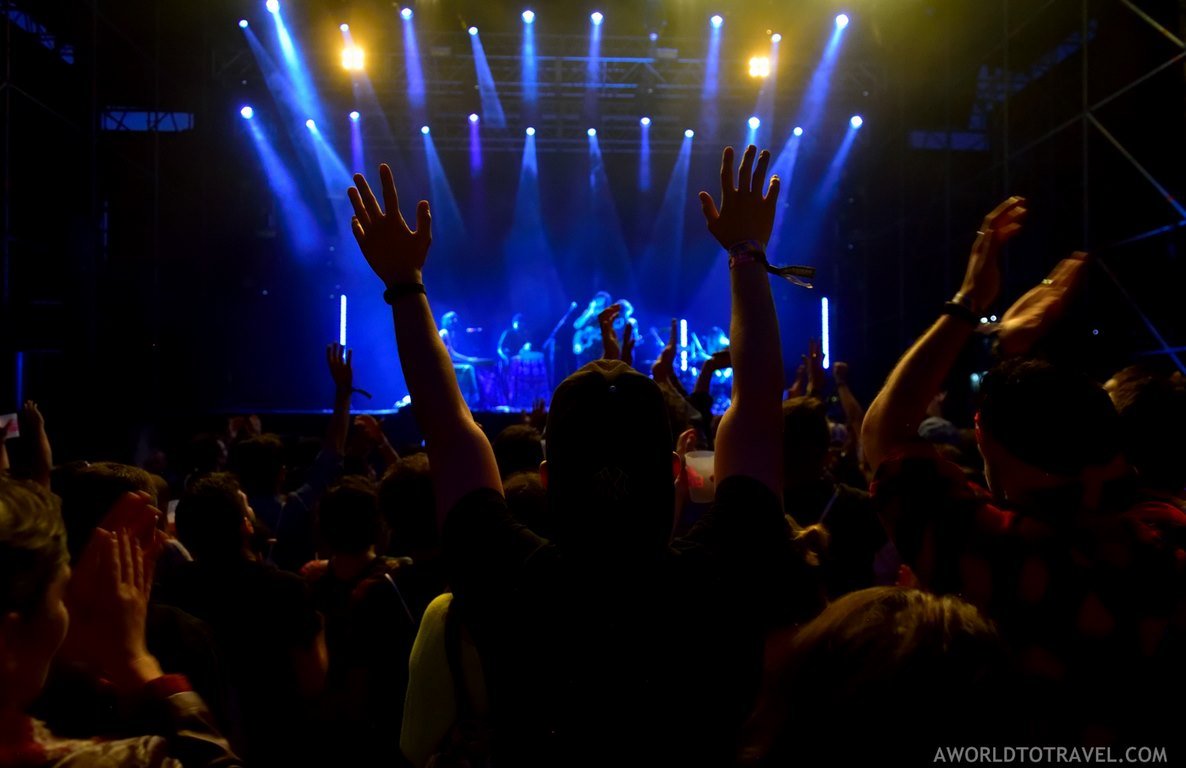 On top of being the festival of the resale (more on this later), it was one of the encounters too. I don’t lie if I say I stumbled across at least 25 acquaintances and friends that I had not seen for a long time.

And let’s face it: that was pretty sweet. 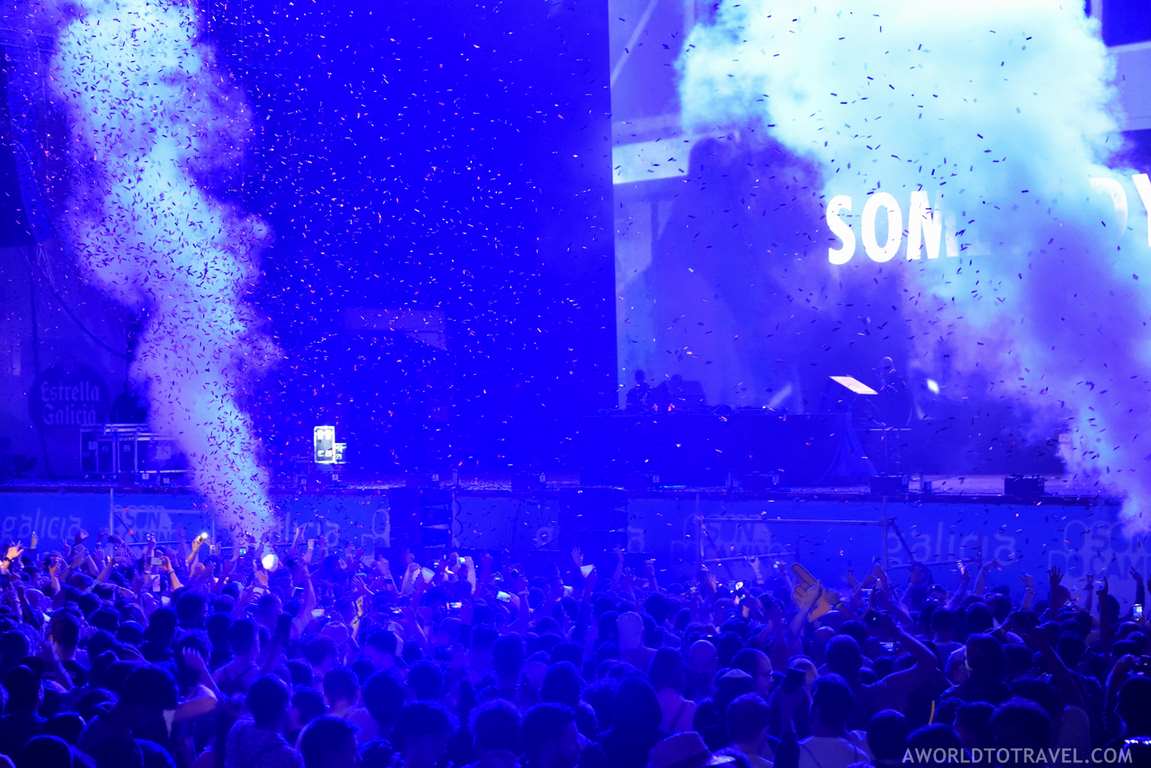 It never is. But still, when it says it is going to rain lots and the most water you see are a few scattered showers here and there, you celebrate life. 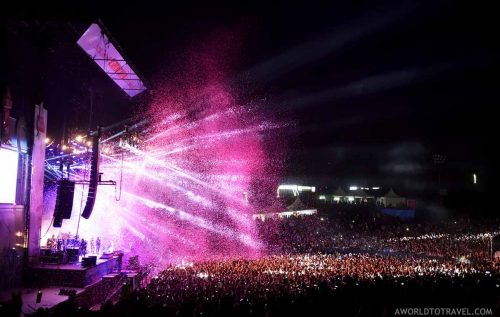 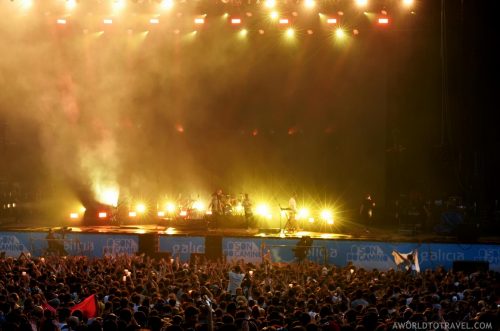 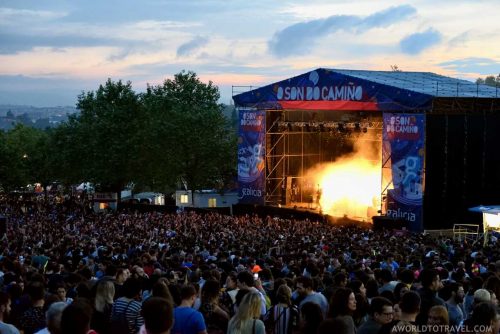 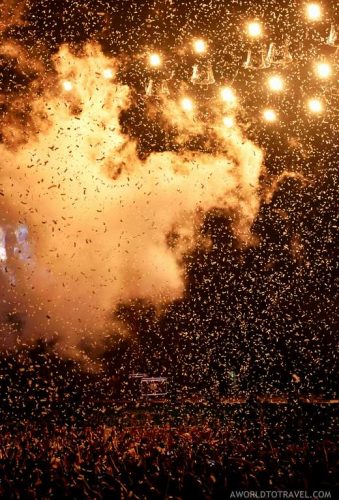 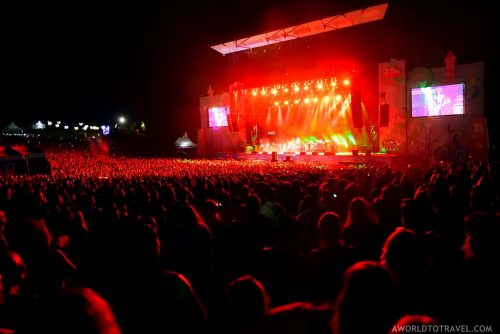 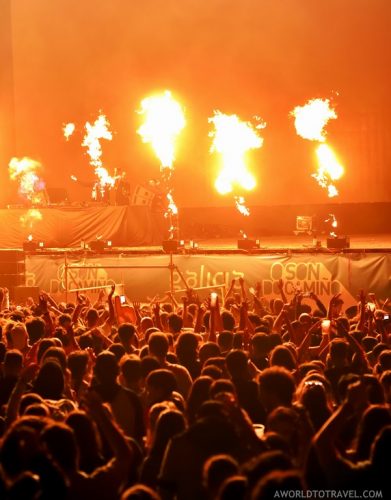 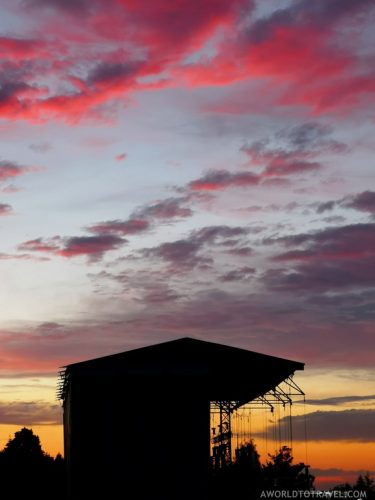 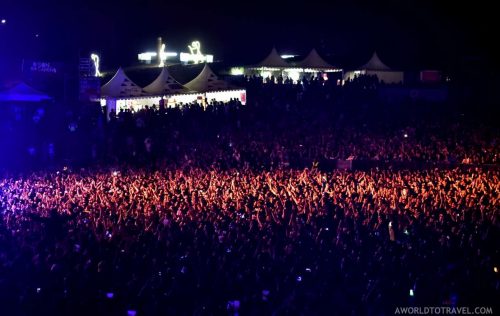 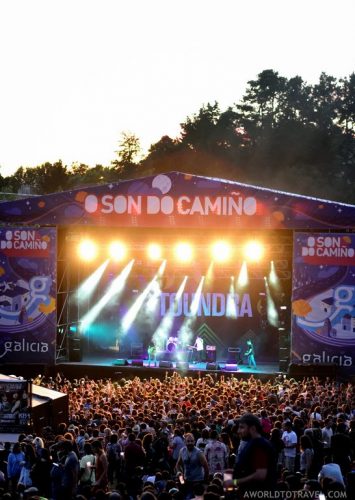 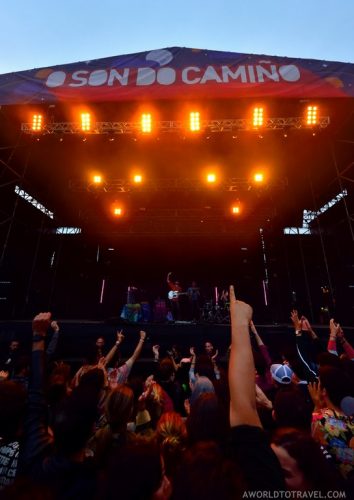 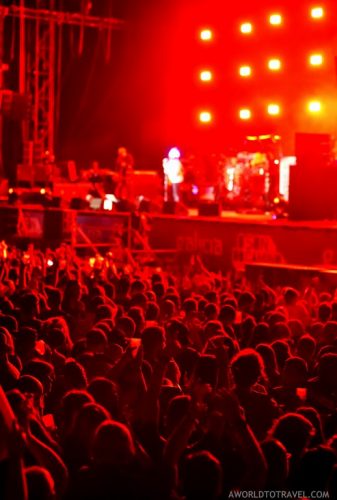 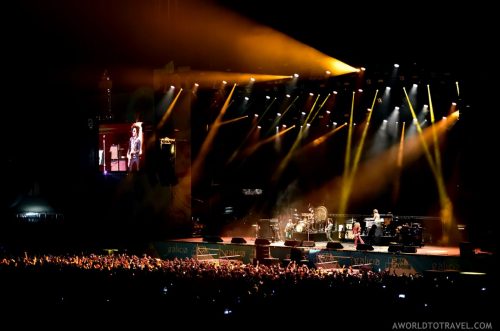 As I had predicted, musically speaking, O Son do Camiño Festival did not disappoint. It passed this first edition with honors.

I gotta be honest with you, we could only attend it from 9 pm daily (Thu, Fri, and Sat) and that, sadly, limited our chances of enjoying great stuff. However, those five daily gigs were more than enough to have a proper taste of it.

On Thursday, we went back to the early 2000s with Franz Ferdinand, enjoyed the tropical vibes of Carlos Sadness, uncovered the geniuses that Rufus T.Firefly are, danced to The Killers and wrapped up O Son do Camiño’s first night with Lost Frequencies tunes.

Two Door Cinema Club rocked the main stage on Friday while the most mindblowing sunset was taking place and people enjoyed their act. Toundra did not have as many people as they should due to the hype that the headliner going up next in the large stage built up. Jamiroquai fulfilled everyone’s expectations, infecting the audience with its danceable and familiar rhythms from the very beginning. We missed most of La M.O.D.A.‘s show due to unforeseen circumstances but heard great stuff from people attending it. Finally, Don Diablo gave the public what they crave at the wee hours, electronic music, and a bit of FXs. À la Tomorrowland.

On Saturday, we barely moved from the main stage, except for a few minutes to see León Benavente and C.Tangana. Otherwise, our night was well spent at the Estrella Galicia arena that hosted the likes of Mando Diao – for everyone in the audience to sing along their songs, Lenny Kravitz, and his sensuous music and moves and the kids’ fave: Martin Garrix. We all danced. It was dazzling.

What can be improved at O Son do Camiño Festival

Pardon my frankness. And please take what comes next with a grain of salt! Before getting started, I’ll say I’m highly impressed with how everything turned out to be the first edition. In any case, it looks like it could happen again next year (can’t wait!) so here are a few suggestions: 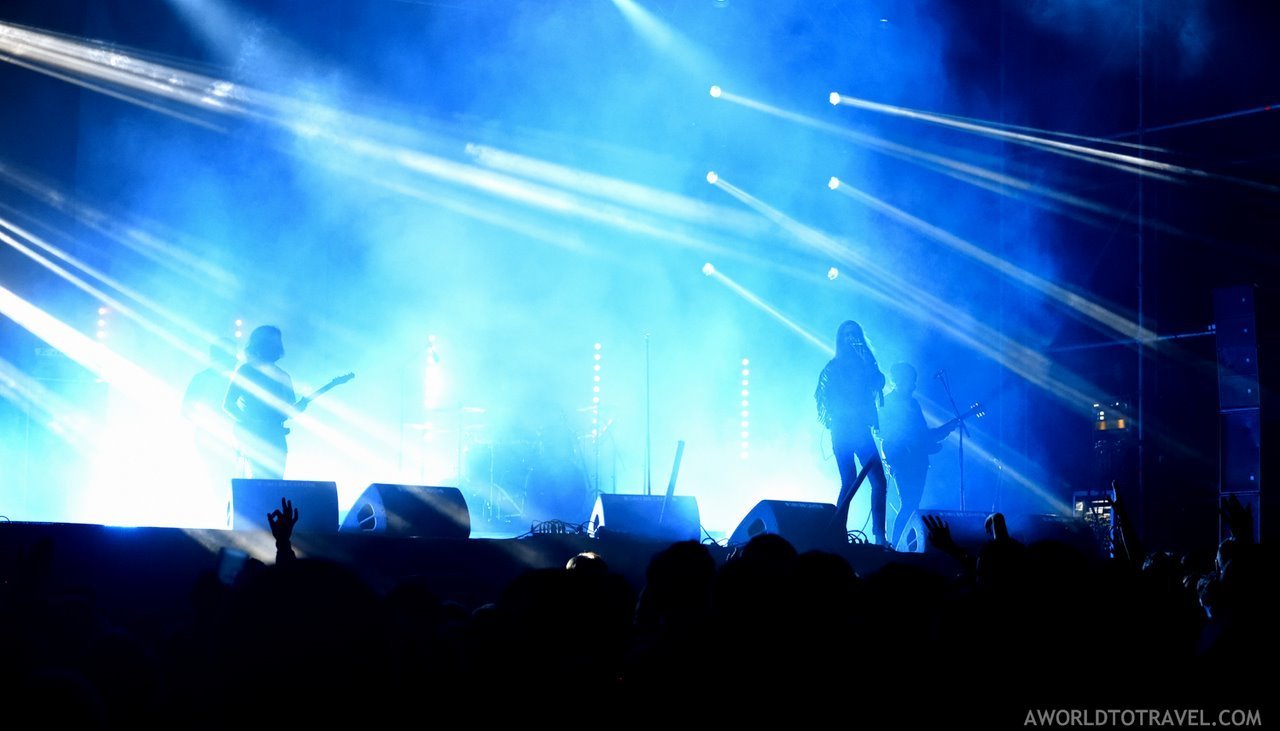 It could do with a bit more room and cheaper prices. Even better, IMHO camping costs should be included in the pass.

As it happens mostly everywhere in this corner of the world, people aren’t used to paying for pitching a tent after purchasing their festival tickets and if they do, it’s because they choose to do so. And I’m looking at those glamping areas and VIP campings that start popping up everywhere since a few years back. Those are cool, but at least some camping spots are offered free of charge for everyone else to rest.

15. The lack of after parties 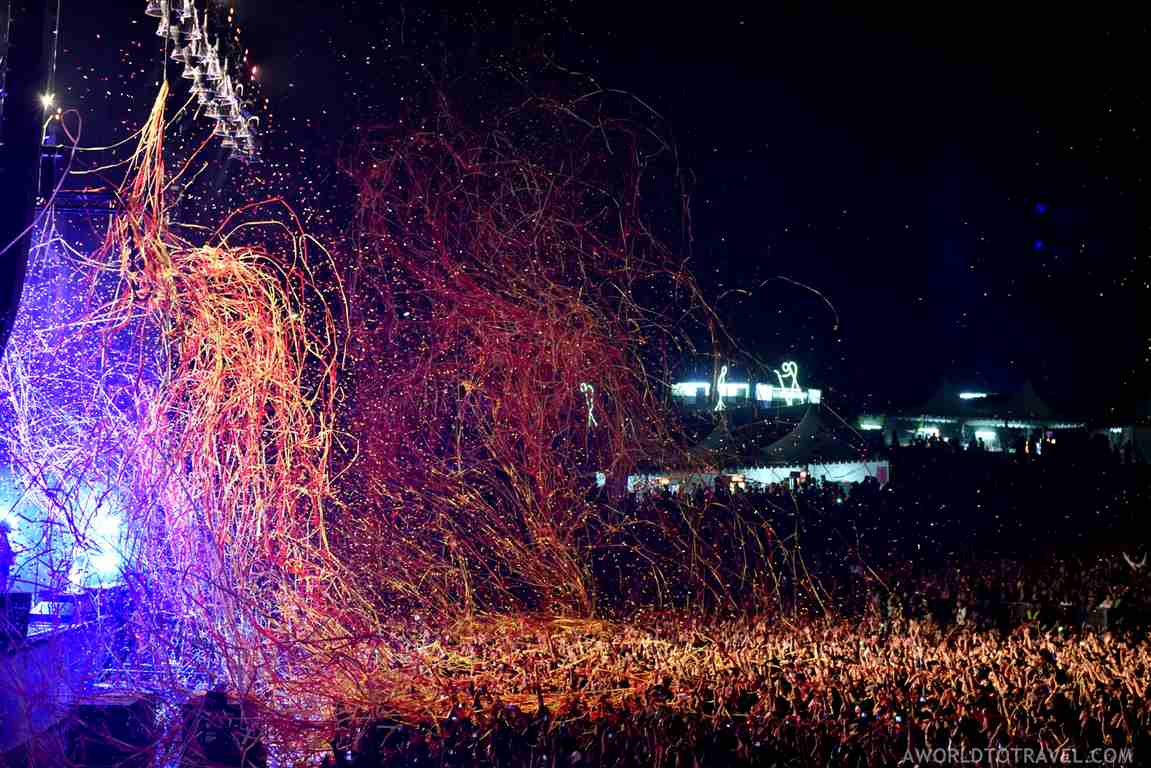 Again, something pretty common in Galicia and Spain for that matter. As O Son do Camiño closing time was 3 or 4 am, a myriad of festival-goers were left adrift. An after-party here or a rave there would not hurt. 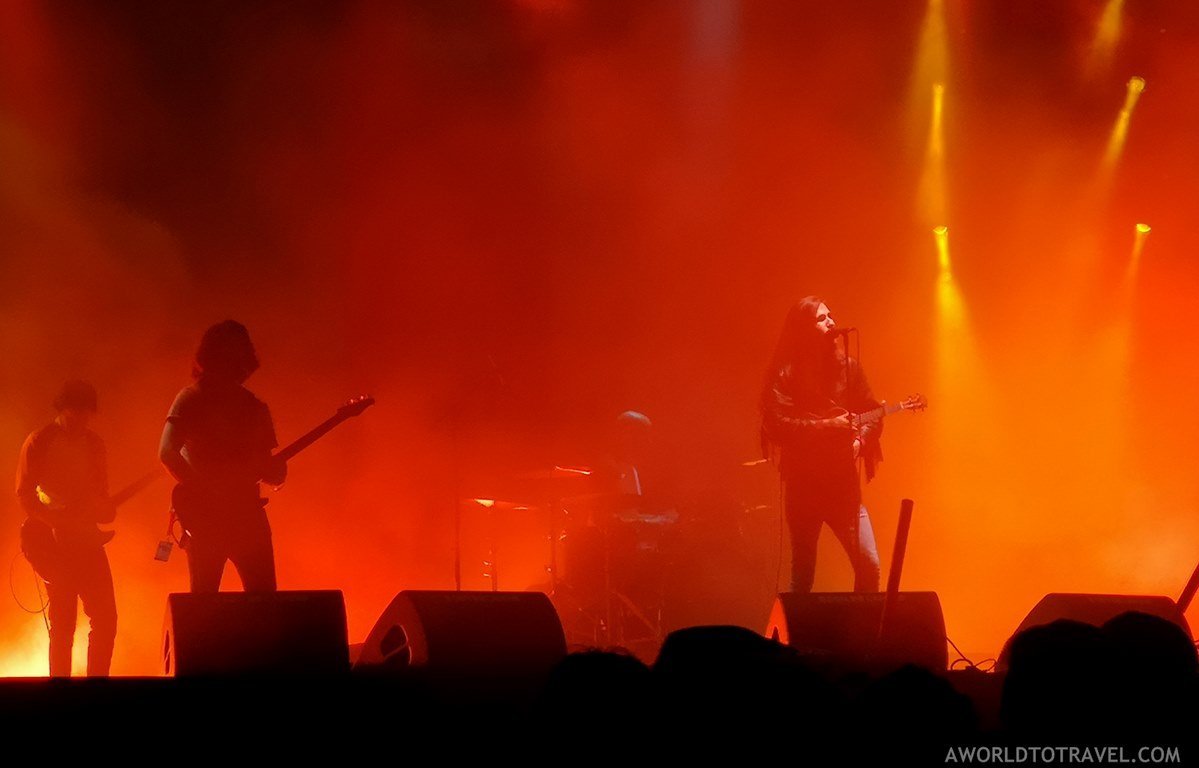 As I said before, this was the festival of the resale. My Facebook feed was clogged with people selling their festival passes because they had got lucky to score a bunch of early-bird tickets when they were released. And so some saw 200% and 300% profits, a trend that is on the rise and one that I particularly hate.

There are ways to be smarter about resales and avoid this situation – such as naming the tickets when they are purchased, allowing people to buy them in pairs, or even returning them as the people at Boom does – and some of them could be implemented in future editions to stop resellers.

17. The need for planning transport logistics in advance 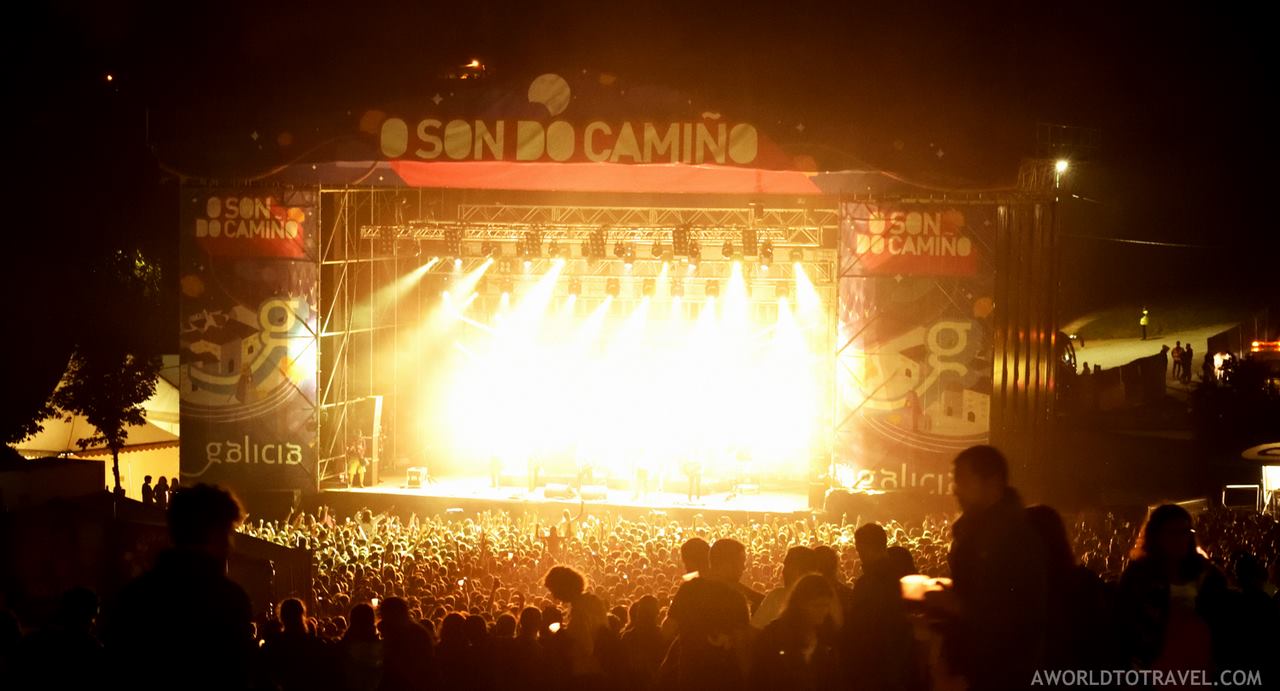 Keeping in mind that what happened on the festival’s last day should never occur again.

The return buses from the festival to Santiago de Compostela after Saturday’s closing were canceled due to the police indications, leaving thousands of festival-goers stranded at 4 am. Lacking other possible choices, everyone was forced to walk St.James Way last 5km to the city center. After partying for 3 days. In the mist. We enjoyed that walk, trust me. Not. 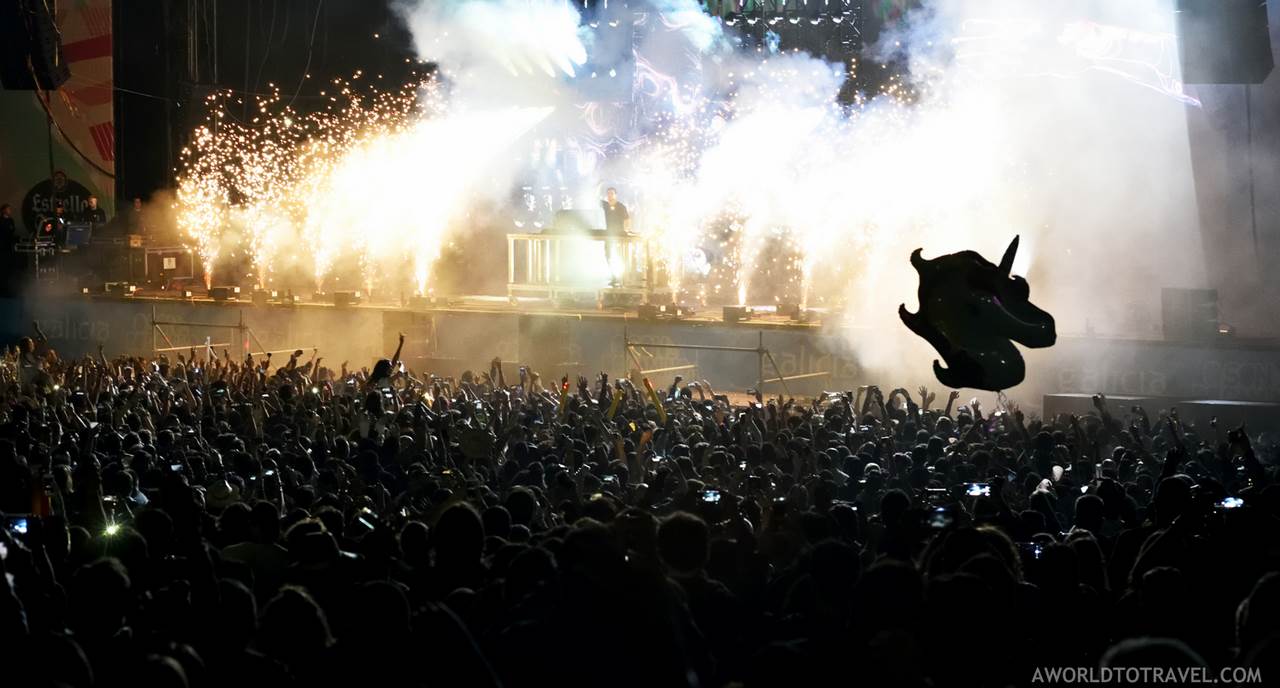 All in all, a couple of weeks after, I only wish I was heading there again. Oh wait, I’m heading to Resurrection Fest instead! God save Summer music festivals and may O Son do Camiño festival live a long life!