Along with Islam (that I’ll discuss when I post about Delhi), Jainism (which I also had the opportunity to explore on my trip to the Madhya Pradesh region, in the heart of the country) and Christianity; Sikhism, Hinduism, and Buddhism are perhaps the six most known and followed Northern India religions.

After a first trip to the country a few years ago, when I traveled all the way from the southernmost tip in Kerala to New Delhi; I really wanted to keep exploring all that India has to offer. So when I got an invite to attend a tourism fair in the central region, I did not think twice and planned a trip to visit the northern part as well. Specifically, the states of Punjab, Himachal Pradesh, and Uttarakhand at the foot of the Himalayas.

Below is everything that three important cities of these states showed me in relation to their prevailing religion, along with some advice and tips to make the most of your time there.

Drawing a quick parallel, Amritsar is for Sikhism as important a city as Rome or Santiago de Compostela for Catholicism, or Mecca for the Muslim world. Among many other rules such as never cutting your hair, volunteering, or not smoking; Adepts of this religion are expected to visit the Golden Temple, a gigantic gurdwara that draws more daily visitors than the famed Taj Mahal in Agra.

But the heartland of Punjab offers much more to those who come to know her. Here are some experiences you should not miss in Amritsar:

Whether you know the recent history of the Tibet – China conflict or not, a visit to Dharamsala and McLeod Ganj, in the cool green state of Himachal Pradesh, is a must.

After suffering an unprecedented invasion in the middle of the last century, Tibet and its inhabitants began to suffer the consequences of the Chinese occupation. Many fled to neighboring countries, including the current Dalai Lama. Very young back then, and with the help of India, a few months after its arrival to the country, the Dalai Lama established his base in Dharamsala – a small town in the Kangra Valley – in the stunningly beautiful Indian state Himachal Pradesh.

Among his many trips, he still drops by his Indian residence sometimes. Everyone can register ahead of time on his website to attend one of his acclaimed teachings.

Certainly, he chose a good place. With the ubiquitous Dhauladar mountain range – at the foot of the Himalayas – in the background and endless landscapes to be amazed at, many are attracted by the special atmosphere of the area. Among others, the young ex-pat community otherwise based in Goa, which alternates between the two locations depending on the season.

Some of the essential things to do in McLeod Ganj and Dharamsala are:

Bathed by the Ganges, after descending from the Himalayas, the city of Rishikesh is inherently marked by its presence and is a point of great importance to Hinduism.

Thus, vegetarian and sober, it welcomes anyone who, attracted by its popularity as the cradle of yoga and meditation, Hinduism, and unique landscapes, among many other things, get there.

One of the best ways to explore it is by living in one of its multiple ashrams for a few days or weeks. Although the initial shock is practically guaranteed, its many followers show that self-knowledge and spirituality are on the rise. And yoga, always yoga.

To recap, here are some travel tips and ideas to make the most of Rishikesh:

It’s not just me:

According to Skift, the transformational travel trend is here to stay, and travelers are increasingly drawn to travel as a form of self-actualization and personal transformation and growth. Are experiences like these on your list?

It’s time to start planning a trip to India. This country and its many religions await you!

Thank you so much to Trabug for making it simple to stay connected while traveling in India, and especially to India Someday for helping me design this awesome itinerary that brought me closer to these cities and religions. You rock! 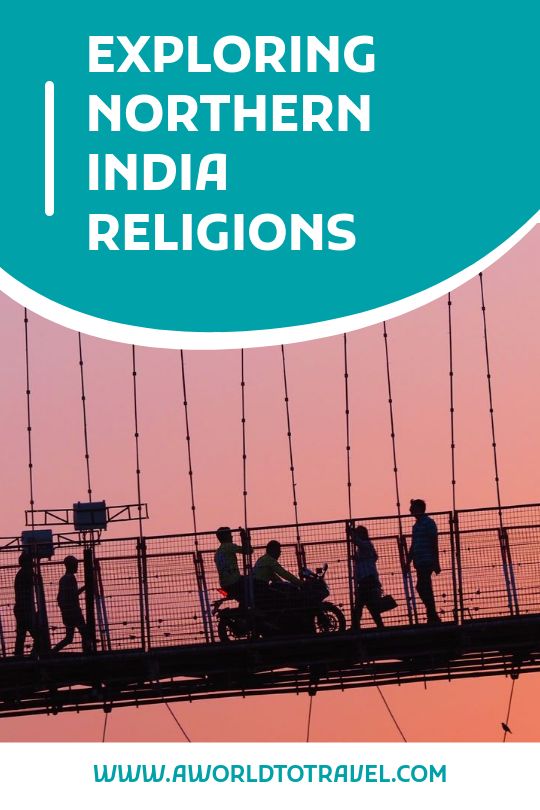