As the people of the Falkland Islands vote emphatically to maintain their British status in a historic referendum, the author recalls attending the memorial service for Sir Rex Hunt, the late Governor of the Falklands during her recent visit to the remote Port Stanley.

“Expect volatile conditions,” expedition leader David said before landing at Port Stanley, Falkland Islands, a remote outpost adrift in the turbulent Southern Atlantic. True to form, as we entered the port, sullen clouds snuffed out remnant cinders of sun.  The Falklands maybe the other side of the world but the weather sure appeared familiarly British. 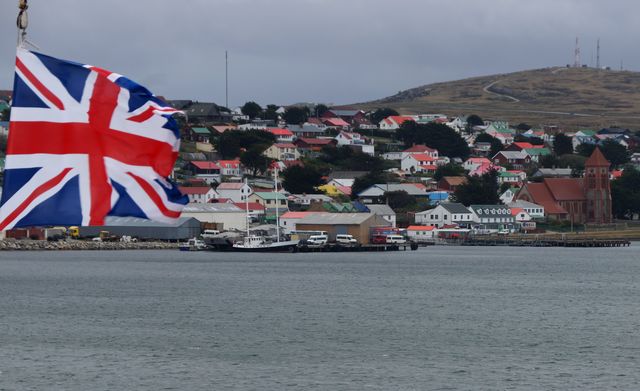 A patchwork of bright pink and green-roofed houses, flanked by rolling moorland, Stanley is at the fringes of the  British Empire but makes up for lack of proximity with patriotic spirit.  Union flags are everywhere, from shop windows to the offices of the “Penguin Times”.

Unmoored from their mother country, overshadowed by the mighty South American continent, Falklanders proudly don Old Blighty colors leaving no doubt as to their loyalty. The town seemed eerily mute.  Lost looking passengers wandered in search of genuine Falkland ’s fish n chips but the pubs were closed for a very special occasion.

A week earlier, on Remembrance Sunday, as fate had it, Sir Rex Hunt, lauded commander of the Islands during the 1982 Argentine invasion, had died; and today luminaries gathered for his memorial service at Stanley’s Christ Church Cathedral.

Few make it to the Falklands, let alone on a day so thick with metaphor and I was privileged enough to be there. 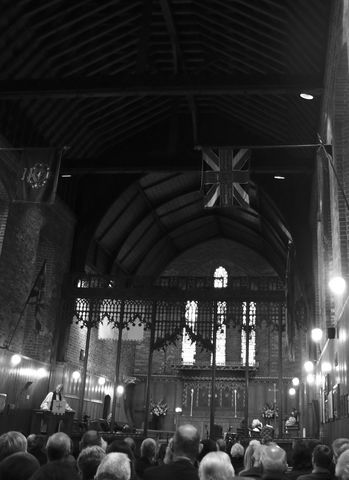 Sir Rex’s famous words were quoted to rapturous applause: “I will never surrender to the bloody Argies”.  But soon speech was drowned out by a hailstorm that rapped on the tin roof like an army of marching boots.  We waited.  I admired the church’s wood-vaulted interior.

When the clamor ceased, ribbons of blue, white and red sunlight unraveled through the stained glass windows. Tributes were made to Sir Rex and the incredulous timing of his posting to Stanley. “It was supposed to have been a nice soft landing…to the governorship of an obscure British outpost at the twilight of empire”.

Instead, Sir Rex was plunged into the biggest battle Britain had seen since WW2. The service was particularly poignant given the ongoing political rhetoric and legacy of the war.

Gypsy Cove brought it home – an arc of golden beach around a turquoise lagoon that could have been perfect for a dip or picnic but unfortunately the “idyllic” spot is riddled with landmines and cordoned off with barbed wire. 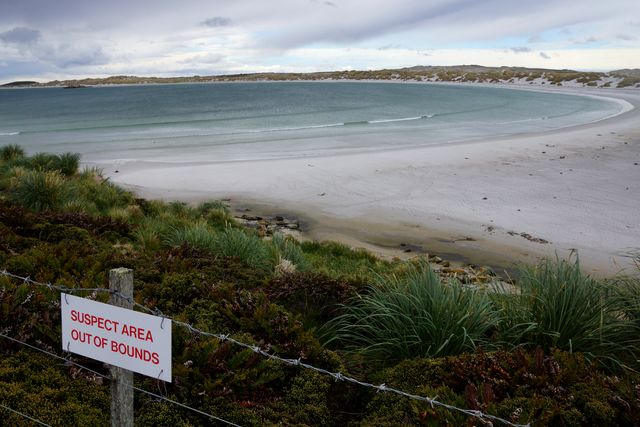 The Stanley  Museum housed wartime relics that showed hardships on all sides.  The vulnerability of the defenseless islanders. A polite scrawled note from a starving Argentinian Private was touching: “Excuse me, please. I’m hungery and I wish for tu yo for me some sweet things: chocolates, candies, anything sweet, cheese, tin meat.”

We visited a magnificent mixed colony of Black Browed Albatross and Rock Hopper Penguins, packed together harmoniously under an elusive sun.  They’d lived here beak-to-beak for time immemorial – surely we could learn a trick or two from them? 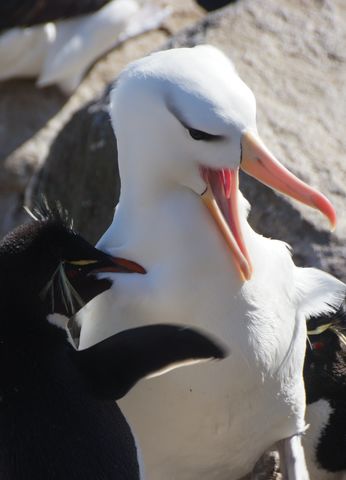 As we set sail for South Georgia, a storm whipped our exposed and vulnerable ship into the headwinds and I imagined just for a moment how the Falkland Islanders must feel. Pictures by Charles Andsell

Based between Madrid and London, Laura is passionate about nature and seeks to highlight through her travel experiences the environmental issues facing the planet as well as the connectedness of all living things. She has written for a number of publications including: Dorling Kindersley, El Pais Ingles, The Ecologist and The National.