For centuries Bulgaria has been witness to a turbulent history with many empires laying claim to the country, but with the departure of Communism, the country has since grown to embrace its tourism with new energy and inspiration. Visitors to this mostly unexplored Balkan heart can embrace a highly diverse selection of remarkable, ten natural wonders of Bulgaria: from mist-shrouded mountains to ancient forests, glacial lakes, and caves; immense rocks arranged by gods of folklore; and well-preserved eco-systems of flora, fauna, and wildlife.

Travelers who roam here will be impressed by its rich beauty and untamed Bulgarian nature that’s so easy to experience within its numerous UNESCO sites, nature reserves, and national parks.

It’s hard to beat the combination of breath-taking views and precious legends for anyone with an adventurous spirit. The natural beauty of this country is crazy:

Here are the natural wonders of Bulgaria you don’t want to miss on your next visit:

If there’s one magnificent view to take your breath away, it could well be the Seven Rila Lakes. These glacial lakes are over 2000m high and are situated in the Rila National Park, the largest protected area in Bulgaria. 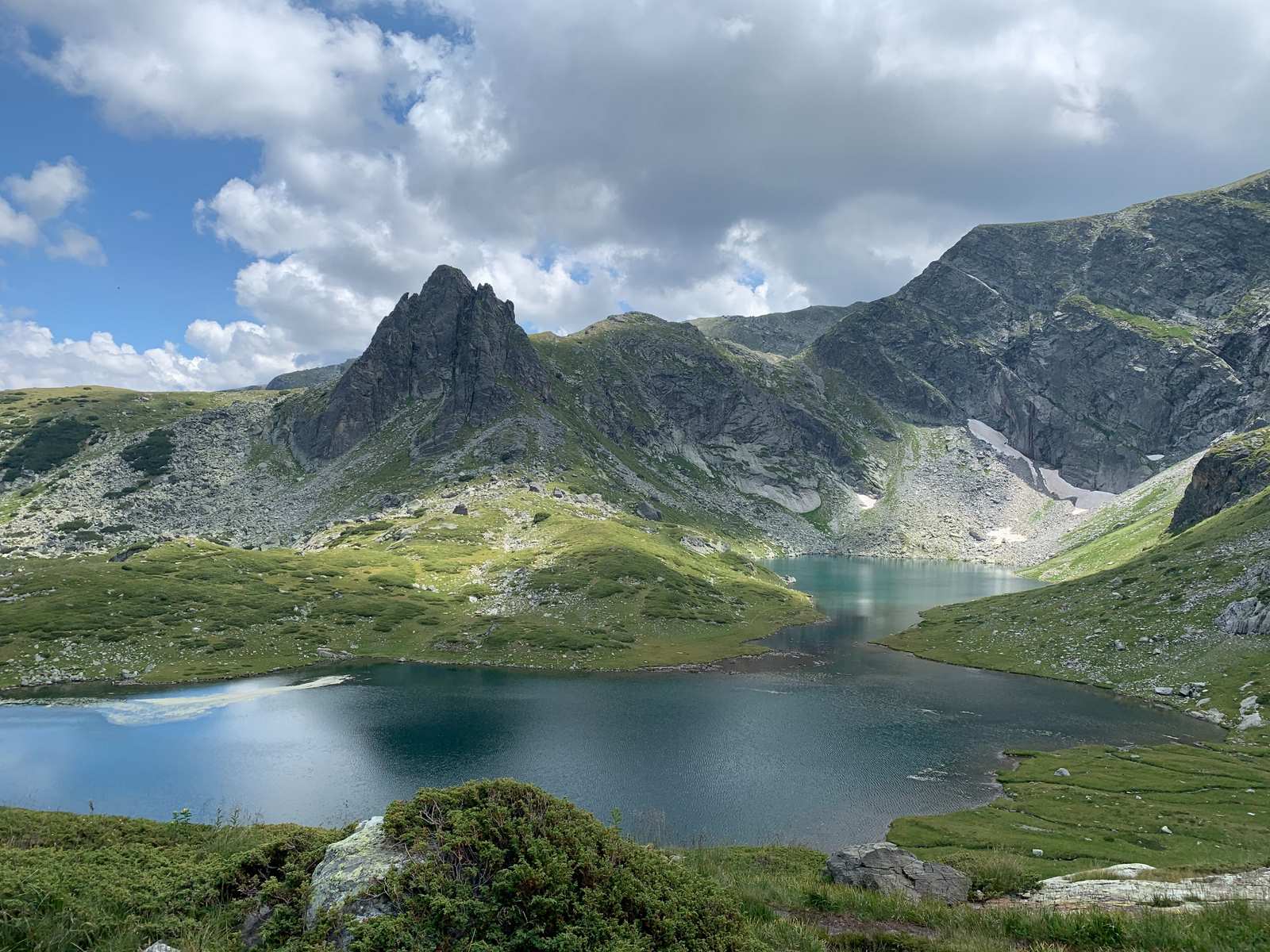 Terraced between pine forests, deep valleys, majestic rocks and grassy slopes, the Cirque of the lakes lead up the mountain like large footprints and are named after their characteristic features: The Tear (highest), The Eye, The Kidney, The Twin, The Fish, and The Lower Lake.

If you manage to trek up to the highest lake, the serene view of the seven in their entirety is spread in front of you. Each of the lakes drains to the next in a series of streams and cascades before flowing into wild, mountain streams from which the biggest Bulgarian rivers take their course.

Hiking to see these notoriously cold crystal waters will also allow you to witness wildlife, birds, and endangered fauna and flora. Also worth a visit and connected to one of the walking trails in the nearby Rila Monastery, a popular UNESCO site in Bulgaria. 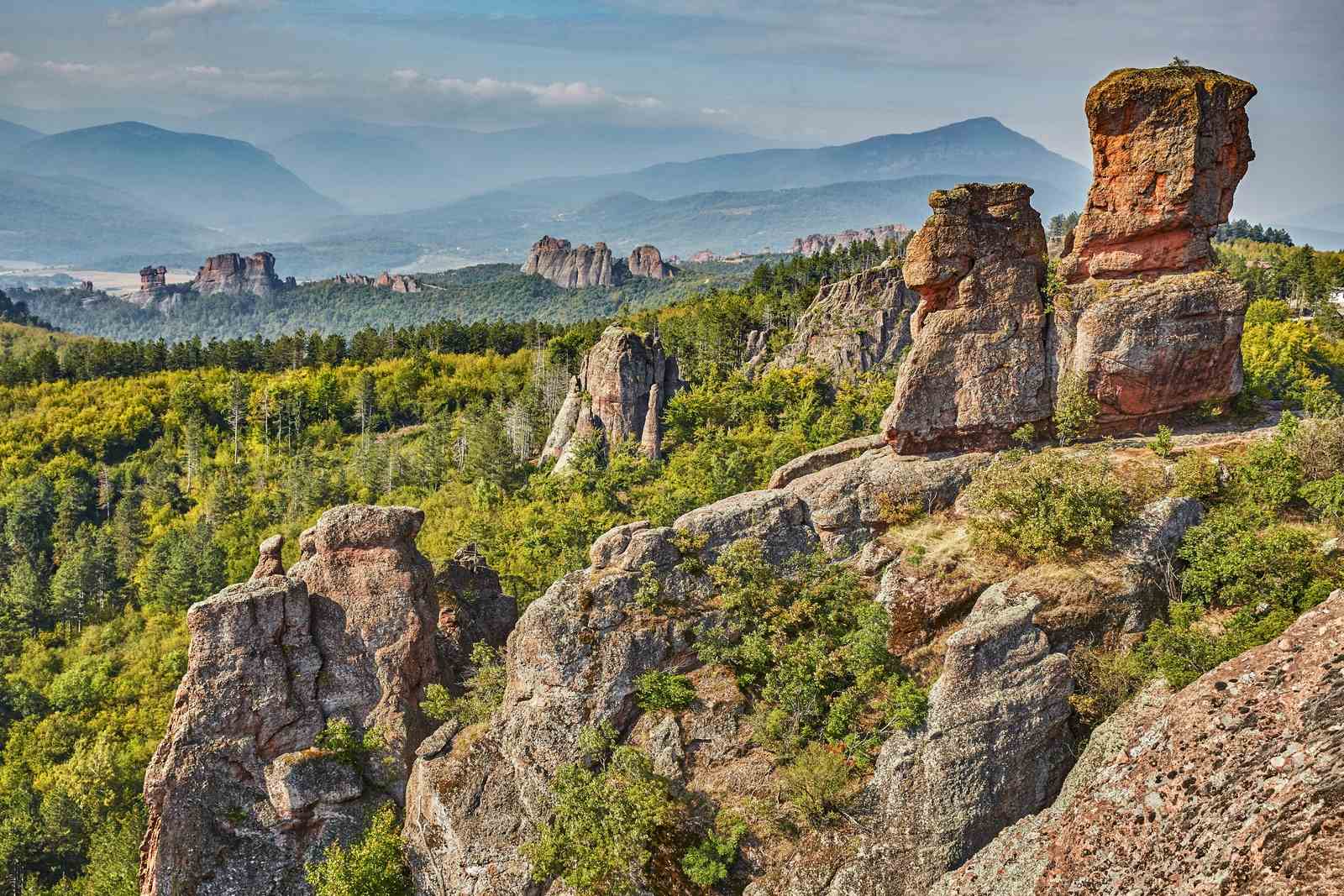 Located in the western foothills of the Balkan mountain range are the spectacular rock formations that make up Belogradchik Rocks, another Bulgarian nature highlight. The vastness of these rock sculptures spread more than 30km in length and 5km in width, the highest rising to 20m.

Once covered by the sea, and subsequently sculpted by nature’s elements for more than 20 million years, these red-colored columns have been amazingly formed to resemble mythical creatures, people, animals, and birds. Made from limestone, conglomerate, and sandstone, you’re free to climb around these incredible jagged creations and clamber inside some of the many caves nestled between the formations.

The rocks and mountainside have provided natural protection from several historic uprisings and a fortress, dating back to 1-3AD, was built deep within the rocks using their natural defenses. Climbing to the top of the Fortress will give you to a fantastical view at the same height as the rocks.

Not only are they a UNESCO site but they’ve also been nominated for one of the new Seven Wonders of the World. 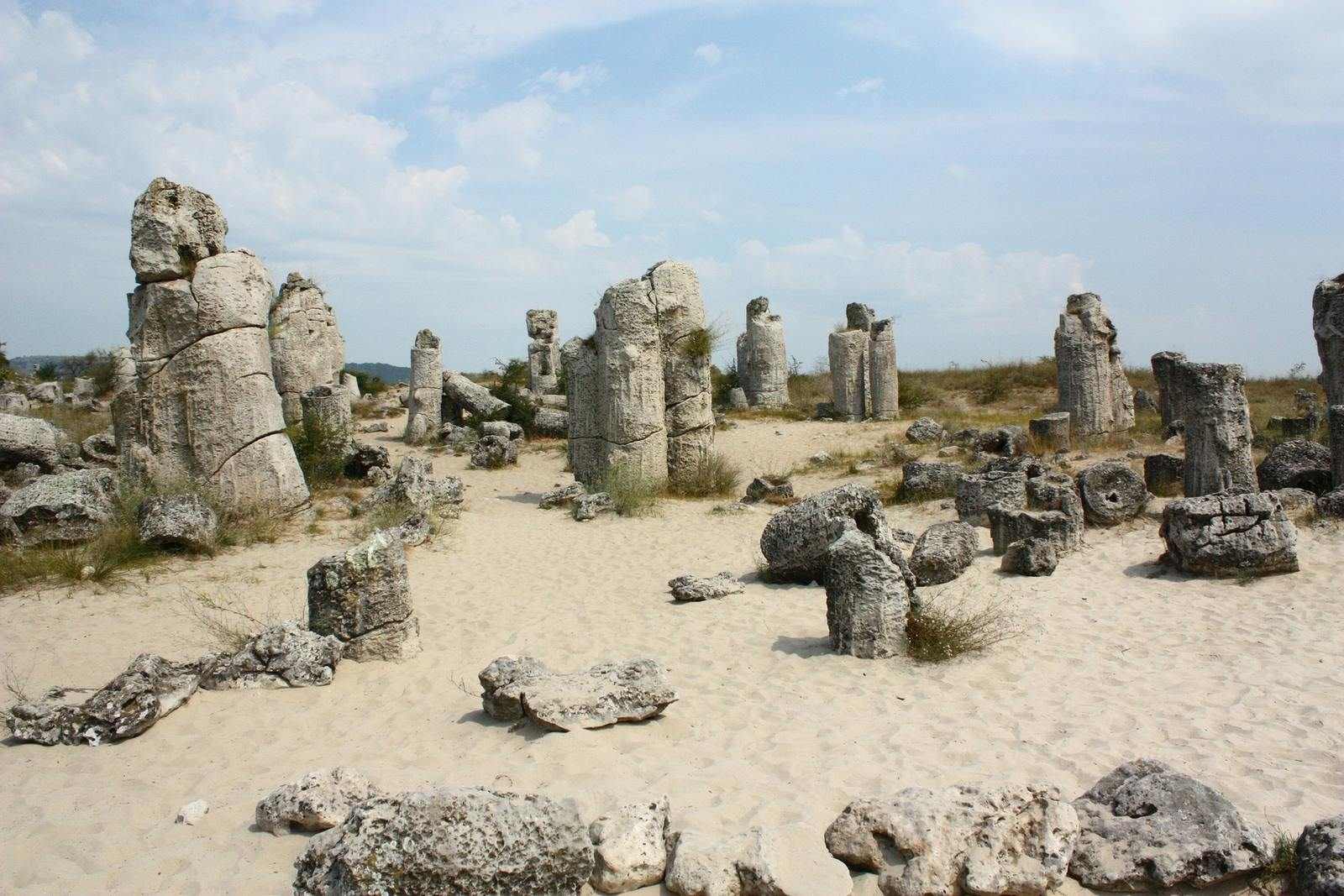 The Stone Forest near Varna, Bulgaria’s Sea Capital, is a geographical phenomenon that has initiated a worldwide debate on how they were previously formed. The most common theory argues the formations originated in the seabed 50 million years ago when the land was submerged by the sea, and later, as the water receded, the soft rock gave away to create these clusters of accidental pillars.

The 3km wide area bears an unnatural stillness when wandering around the white sand desert with its large limestone pillars rising from the ground.

Locals have given names to the formations which resemble animals, people, mushrooms, and even a penis! And legend has it that they were the work of the gods or giants as their arrangement appears to be deliberate and could mark the god, Poseidon’s seat in Atlantis.

Rare fossils and petrified mussels, snails, and cockles have been discovered here, making it a magical place for both geologists and tourists. 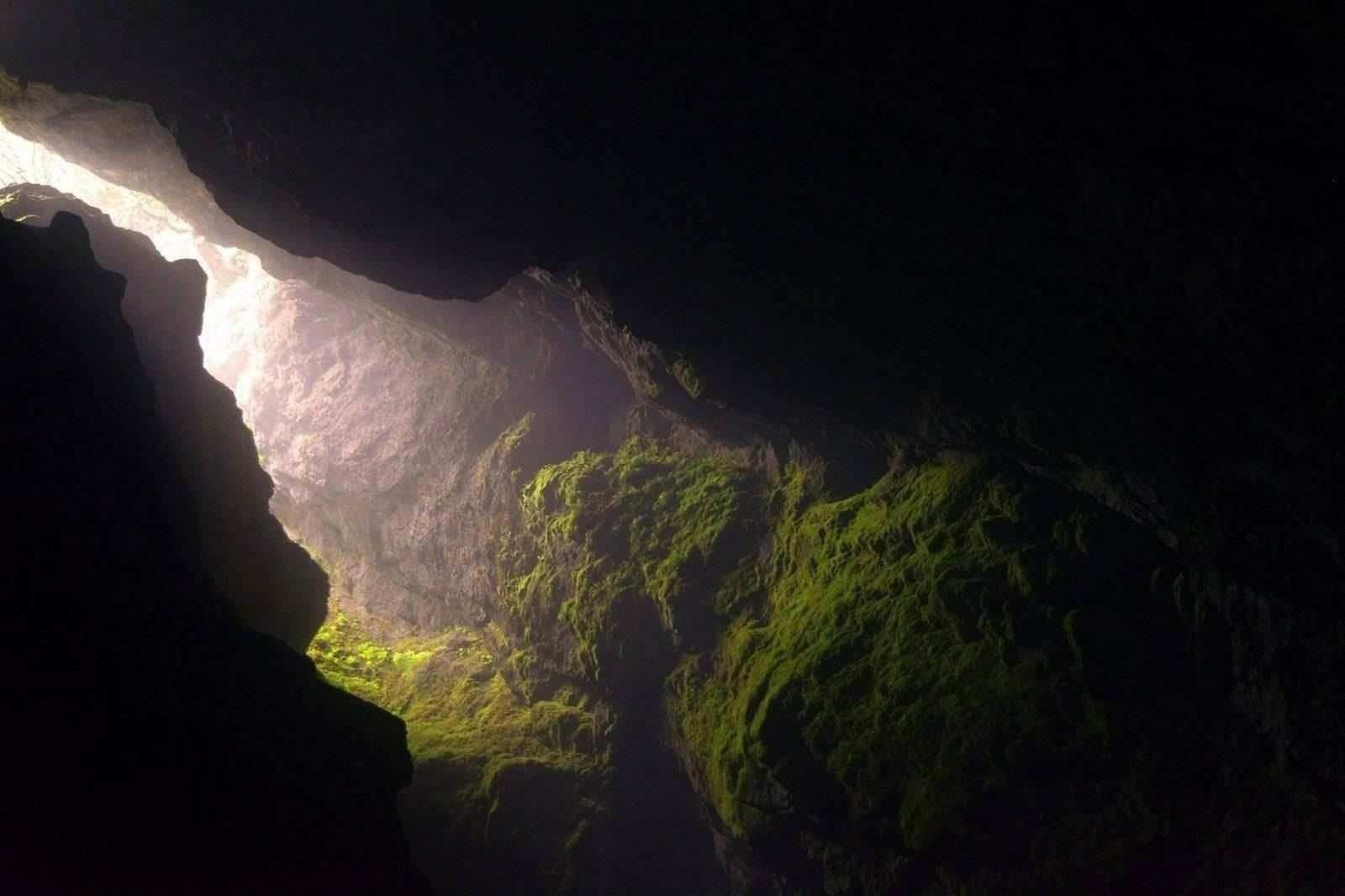 Hidden within the winding, Trigrad Gorge in southwestern Bulgaria is the Devil’s Throat Cave which has the highest waterfall (42m) in the Balkan Peninsula. After walking through an artificial corridor, visitors enter an enormous chamber, or Hall of Thunder, so-called because of the deafening boom from the waterfall inside the cave.

Various attempts have been made to decipher the labyrinth of water mazes under the cave and anything that falls is lost in the 150m tunnel, including two divers who never re-emerged whilst exploring the area.

Folklore believes it to be the ‘throat’ entrance to the Underworld, where Orpheus descended into the Kingdom of Hades to save his much-loved Eurydice. Destined not to be reunited, the abundance of water is said to have come from seven days of Orpheus’s tears and locals still believe these waters have healing properties.

Over 300 000 thousand years old, it houses the biggest colony of long-winded bats that can be found in Bulgaria nature. A long, steep staircase, built at the side of the waterfall, will lead you back out into the gorge. 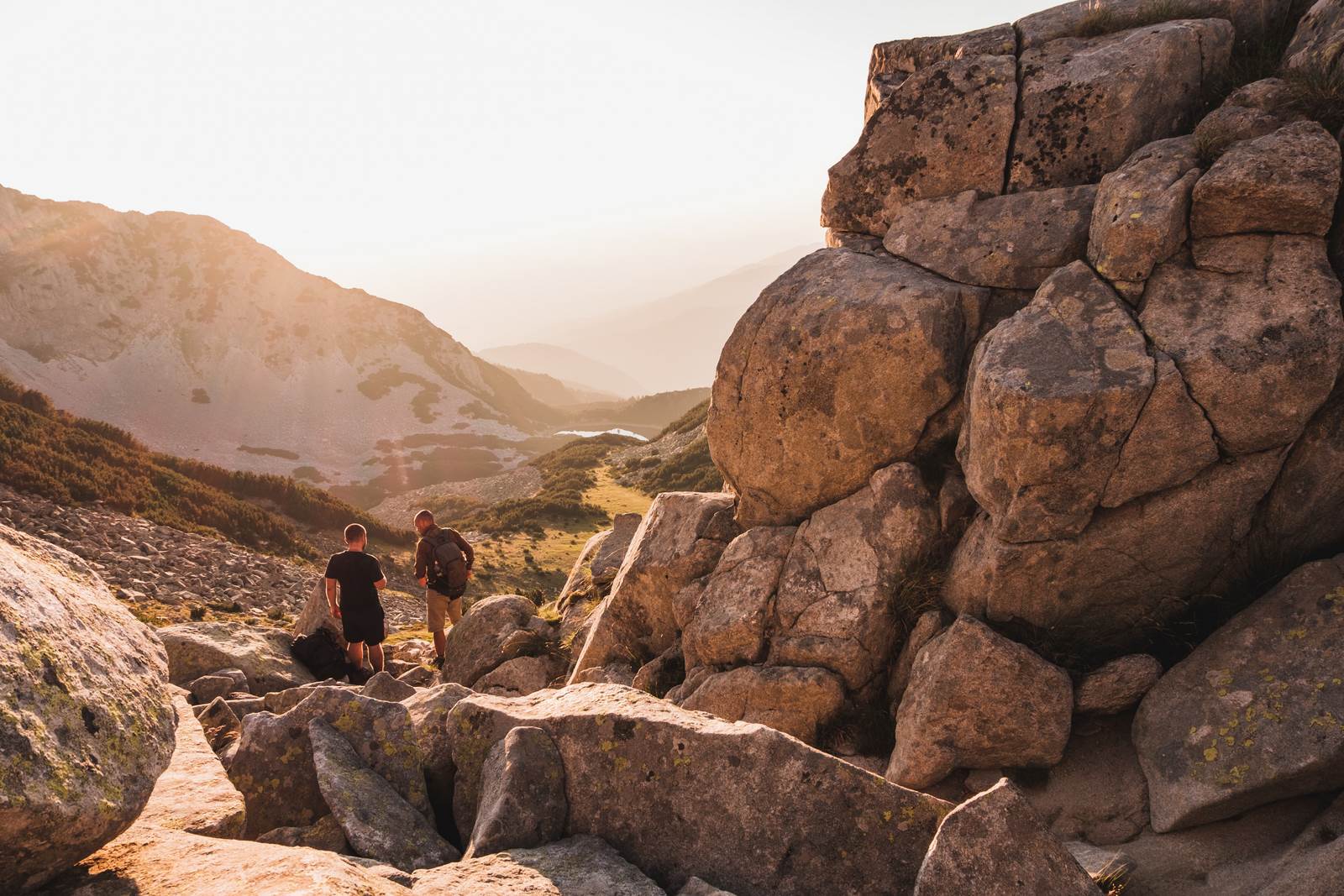 With more than 100 peaks rising well above 2000m, The Pirin National Park is often called the Land of Giants. It’s the oldest in Bulgaria and is included in UNESCO’s, Man and Biosphere Program. Snow-capped for most of the year-round, it is shaped by more than 170 glacial lake cirques, deep valleys, pyramidal rocks, dense fir, and pine forests.

The protected area can be found within the wider Pirin Mountains, the foothills of which are abundant with hot mineral springs, vineyards, and rivers. This Bulgaria nature gem also incorporates the awe-inspiring Bayuvi Doupki-Dzhindzhiritsa Biosphere Reserve and the Yulen Reserve.

Initially named by the Slavs and their god, Perun, the forested mountain landscape covers more than 60% of the park and has Bulgaria’s oldest tree standing at 1350 years old. It’s no surprise then that it’s famous for plant and wildlife diversity which thrives between the deep corridors of scattered caves and waterfalls which flow into one of the many the lakes.

You might even catch a glimpse at the wild boar, brown bear, and herds of chamois that make their habitat in the more secluded areas. Head there to understand why it could be the most awesome natural wonder in Bulgaria! 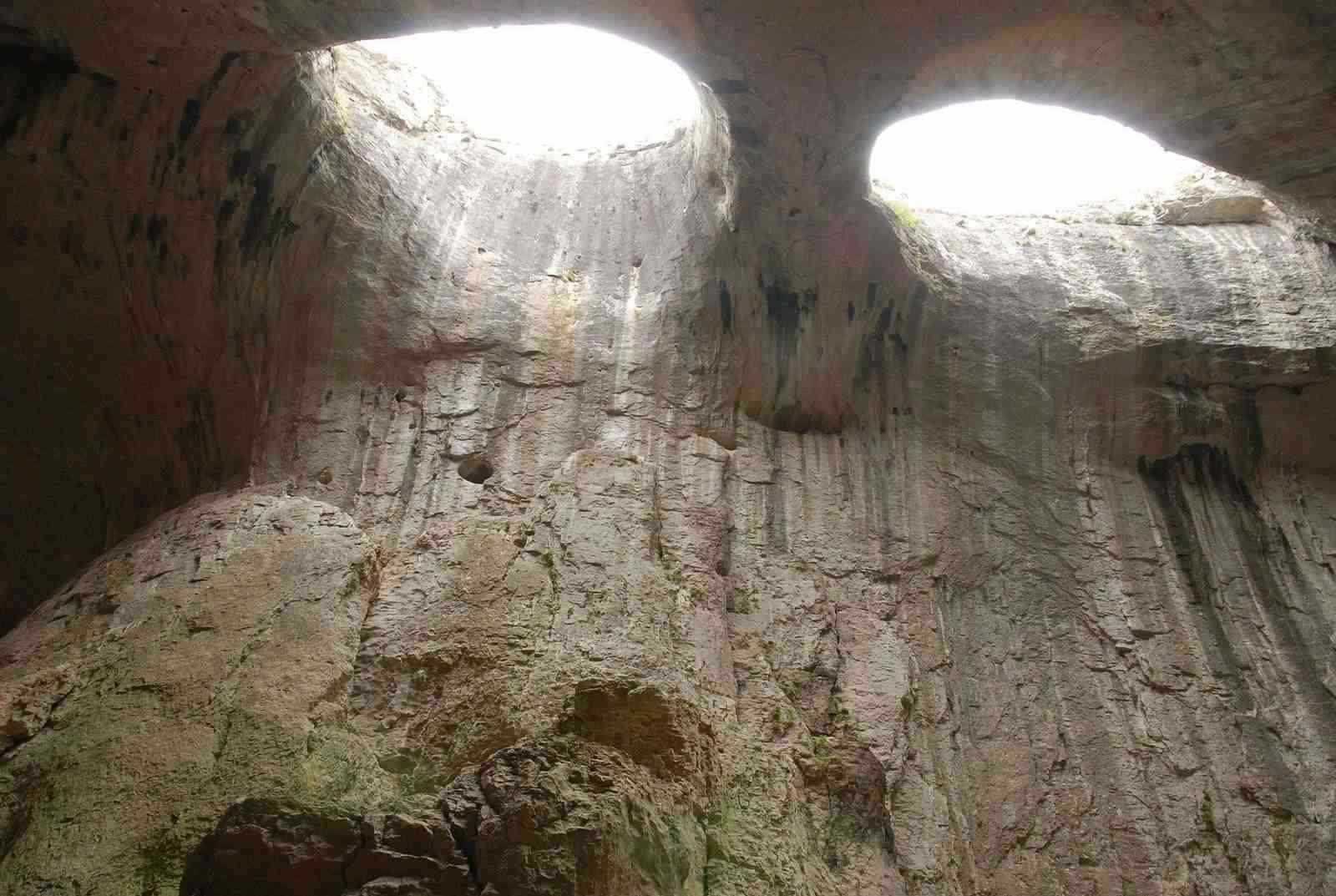 Famed for two gaping, eerily symmetrical holes in the cave’s ceiling, Prohodna Cave can be found in one of Bulgaria’s largest karst regions in the north of the country.

From entering the middle chamber of a 262m long cave, the pools of lights from the eyes stare down at you, illuminating you from above, and are frequently referred to as the Eyes of God, or The Eyes of the Devil. Water can be often be seen to run down the cave walls giving the appearance that the eyes are crying.

Prohodna shows an indication of prehistoric habitation but whether it was a domestic or ritual site is as yet uncertain. Explorations start from one of two openings and you can even get the chance to bungee jump from the 45m higher entrance, which also happens to be the largest cave passage in Bulgaria.

Should You Travel To Turkey?
Our Most Liked Instagrams Ever
The 50 Key Stops Of An Iceland Road Trip + Map 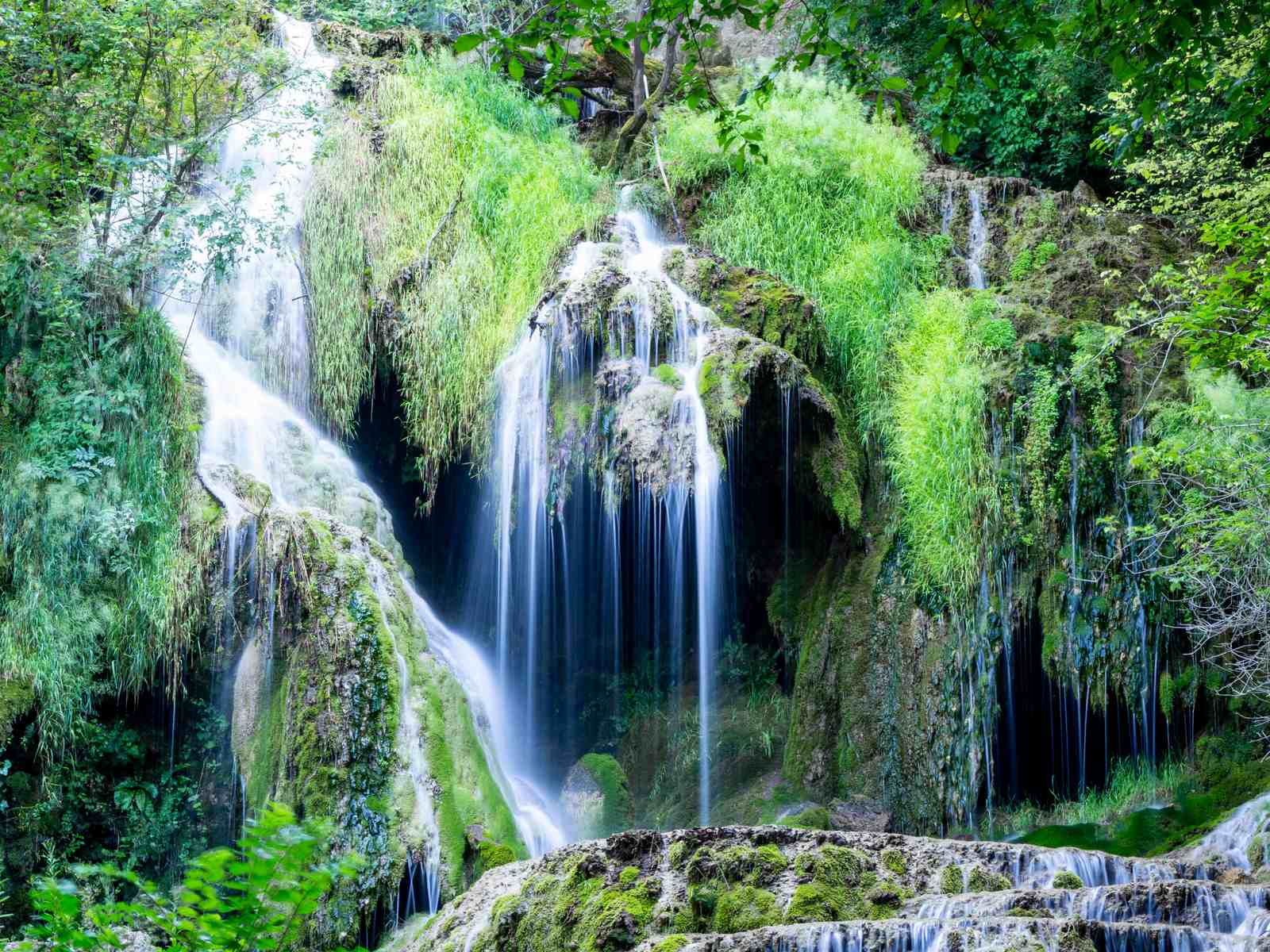 Also known as Maarta Waterfalls after its local river, the Krushuna Waterfalls is one of the biggest cascades in the country, dropping at a height of 20m. A narrow eco-path will take you up steps, along several bridges, passing small natural water pools amongst the mossy, limestone rocks.

You can even take a swim in a natural mineral pool with a water temperature of 58c. The blue-green color of the water comes from the limestone is said to have healing properties.

Continue to follow the path to the spring of the waterfall inside a cave and enjoy nature in Bulgaria at its best: the woodland setting and lush vegetation that frames the area. Within the surrounding rocks are ancient caves where monks carved their dwellings from in the 13th and 14th centuries and there’s even a small church carved into one of the rocks. 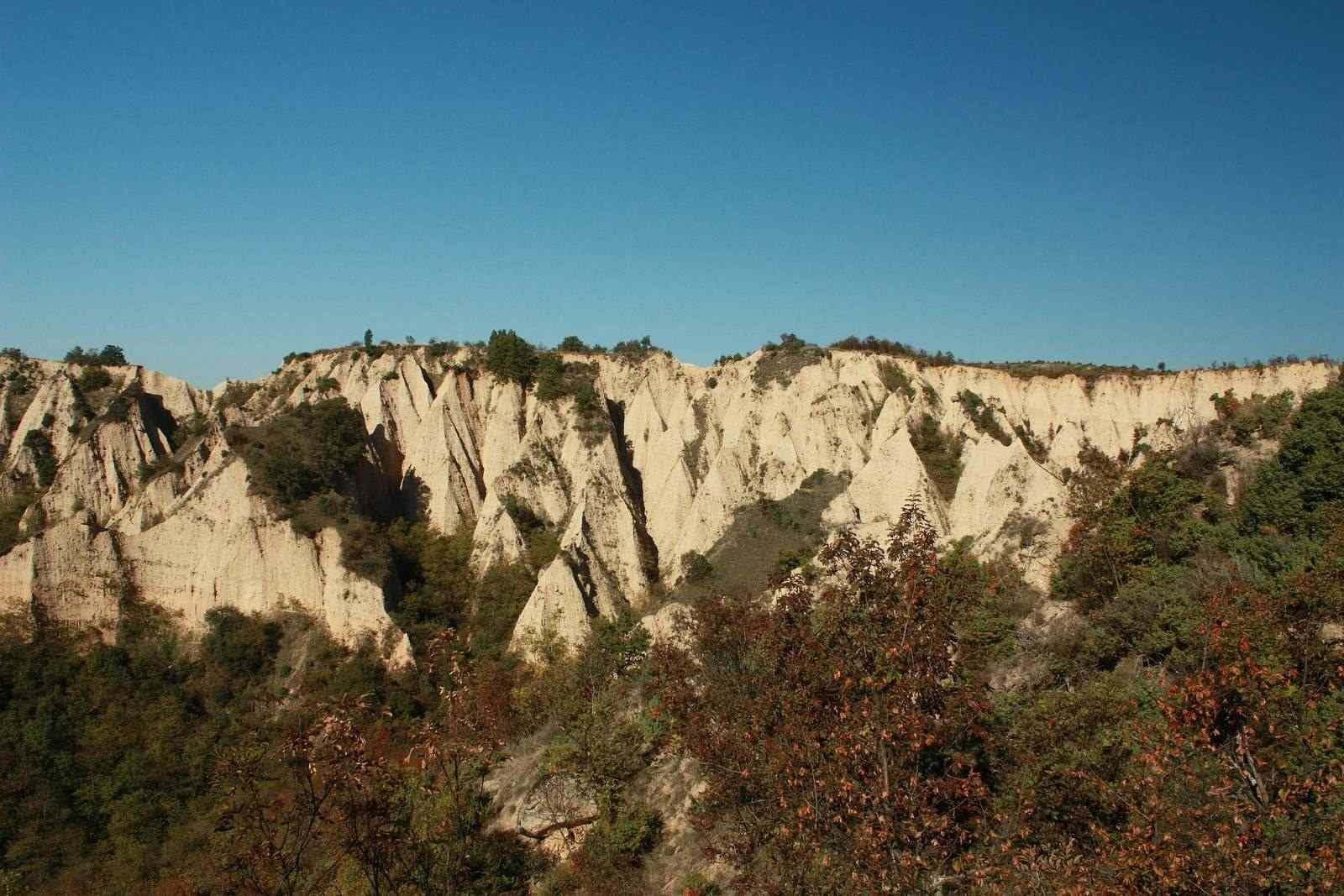 At the foothills of the Pirin are the Melnik Pyramids which tower majestically across the terrain and are spilled into three groups: The Melnik, Karlanovo, and Rozhen Pyramids. These uniquely shaped formations, made from natural sand and created by soil erosion, are between four and five million years old.

With a height of over 100m, their shapes have been naturally weathered into rippled cones, ridges obelisks, and peaks that have wild grass and deciduous trees growing between their folds and tips.

The pyramids take their name from the smallest town in Bulgaria which is also an architectural reserve and famous for its historical wine production. Legend has it that people used to dig into the vast sandhills and use them as wine cellars. The hiking trails from Melnik and the nearby Rozhan Monastery are easily accessible and although you can climb the peaks, beware that they’re steep and the sand is loose. 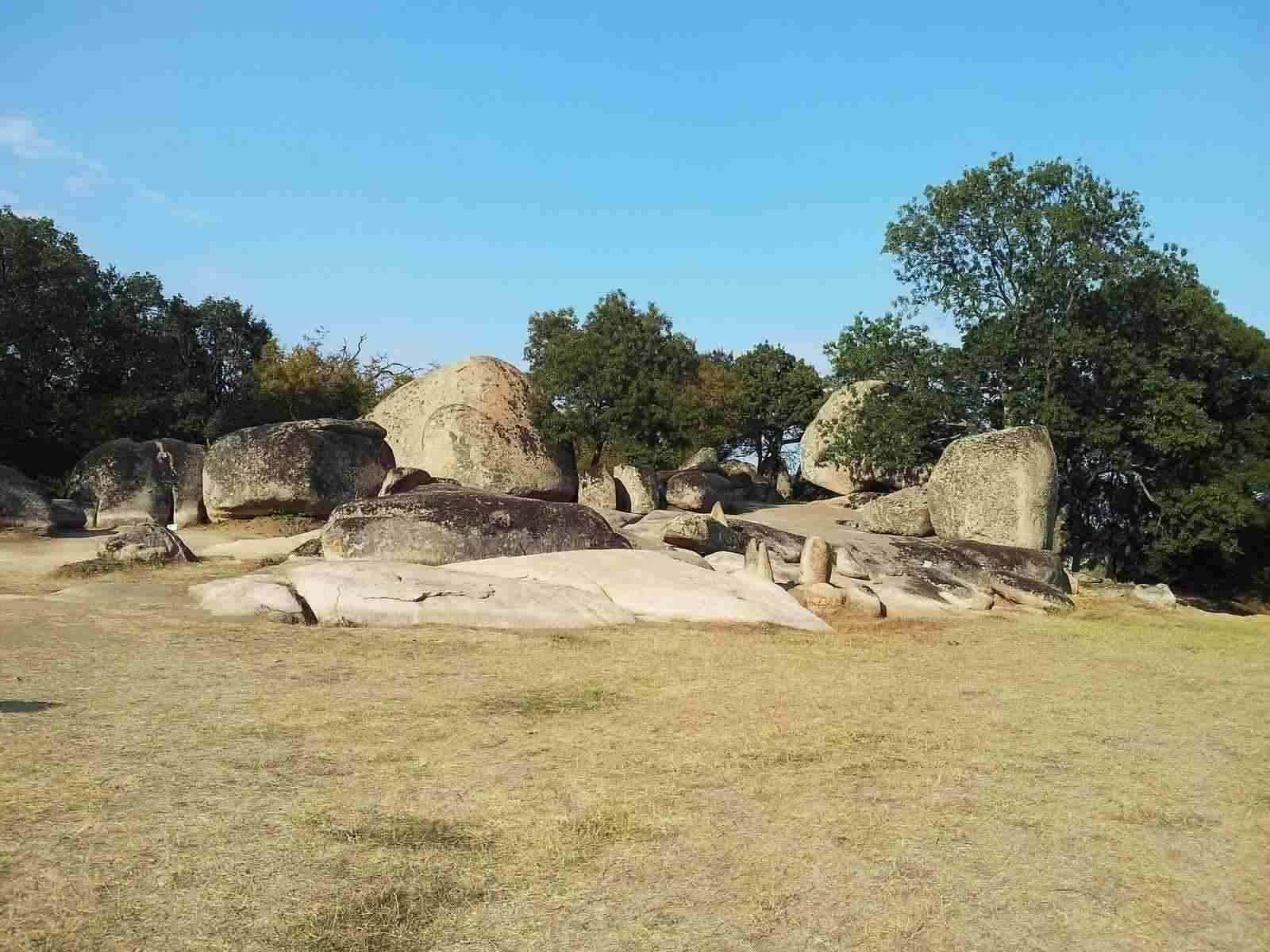 These huge monoliths remained unknown to the public until 2003, having previously been sectioned off by a former communist head of state who used the land as a hunting ground. However, its historical importance dates back to the Bronze Age and, although it has yet to be officially approved, as a Thracian Sanctuary and Observatory.

Situated within an oak forest close to the city of Primorsko on the Black Sea, Beglik Tash is made up of numerous rocks of various sizes and shapes. They are said to have the appearance of being arranged deliberately, despite the sheer size and weight of the volcanic rocks.

Often compared to Britain’s Stonehenge, there is evidence of the spiritual place being used for Pagan ceremonies. You’re free to explore and touch the stones which include lying on a huge, flat stone that was the Marital Bed, gaze at a Thracian sun clock, or walk a narrow path between high rising stones. The nature of Bulgaria is truly unbelievable!

In the northeast, close to the Danube River, is one of Bulgaria’s premier wildlife viewing nature reserves, the first wetland to receive legal protection on the Balkan Peninsula and UNESCO listed. Bird lovers flock here to catch glimpses of purple herons and red-footed falcons and the only breeding colony of the Dalmatian pelican in Bulgaria. 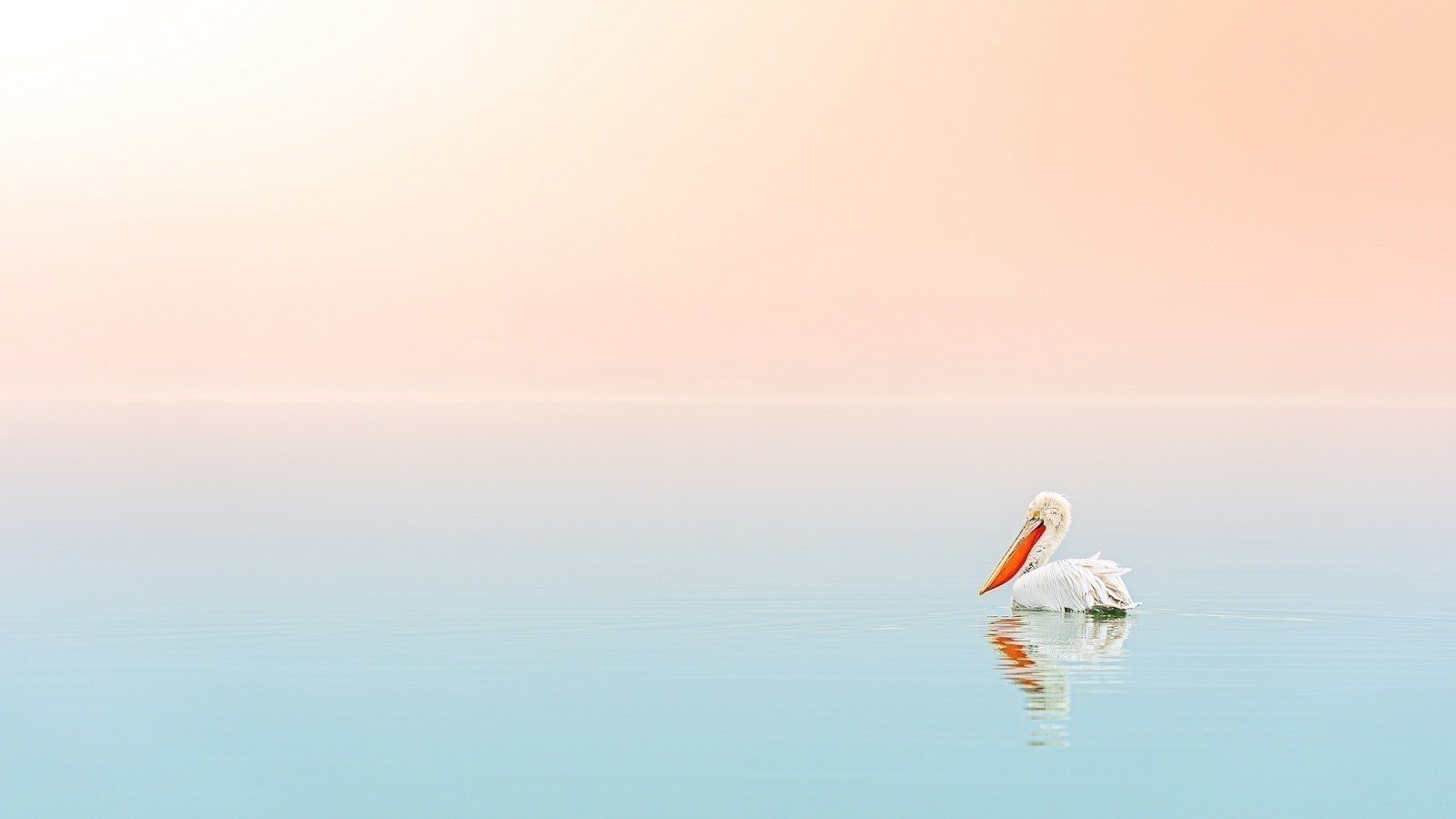 Situated on the migration route between Europe and Africa, its lake and landscape are home to more than 170 species of birds, many of which are rare or endangered.

Given that reeds occupy two-thirds of the reserve, it’s no surprise that there are also rare water-loving plants, namely water lilies, swamp snowdrops, and marsh plants. In addition to the numerous bird varieties, walking trails and observatory towers will afford you views of amphibians, reptiles, and fish as you travel through the landscape. A Bulgarian nature must!

Dianne is a freelance writer/photographer who divides her time between London and Bulgaria. Her blog is dedicated to destinations, accommodation, food and practicalities for traveling and living in Bulgaria.