While for local Sherpas, it holds sacred and spiritual values; for explorers, Everest is a dream destination. Keep reading to uncover some interesting Mount Everest facts.

It is a fact Mount Everest is a natural wonder of the planet Earth, a wonderful geographical phenomenon where mountain towers up to the edge of the atmosphere. For local Sherpas, Everest holds sacred and spiritual values. Locals worship the mountain. Mountaineers die to ascend to the summit. For explorers and adventure aficionados, Everest is simply a dream destination. For all these reasons, every mountaineer dreams to reach the top of Everest, at least once in a life. Although many dreams never come true, and some of the ones that make it to the summit never return home; in any case, the awesomeness of Mount Everest goes without saying. 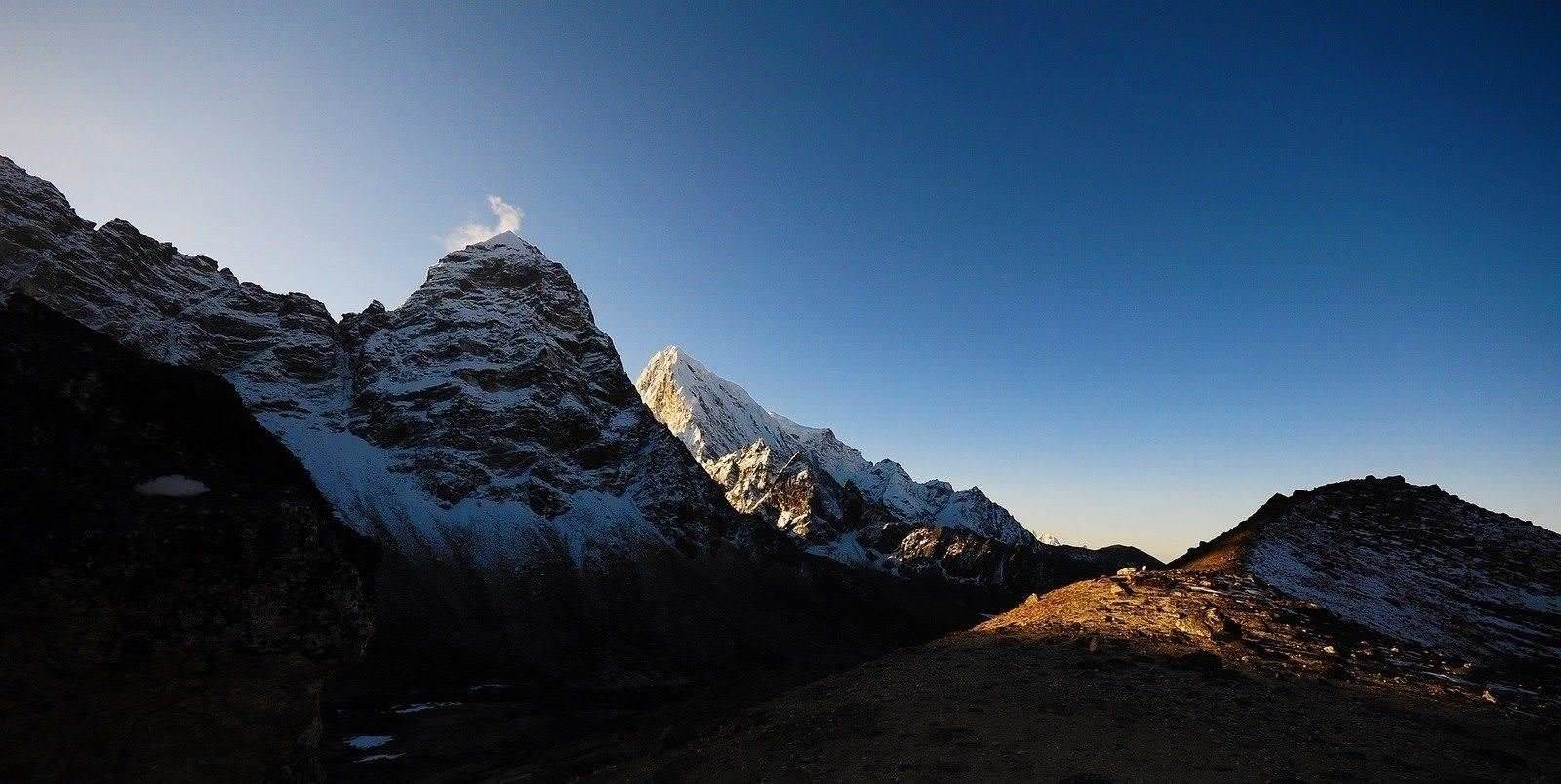 We all know the fact Mount Everest is the tallest mountain in the world. But did you know there is another mountain on Earth taller than Everest? To learn some interesting facts about this mighty mountain, here are 20 amazing Mount Everest facts.

1. Mount Everest is not the tallest mountain on Earth

In comparison, Everest’s height from base to summit is 4,200 m (13,800 ft) on the south side and 5,200 m (17,100 ft) on the Tibetan side. The peak of Chimborazo Mountain in Ecuador reaches the farthest from the center of the Earth. This is because of the orange shape of the Earth.

2. You are pronouncing Everest wrong, always 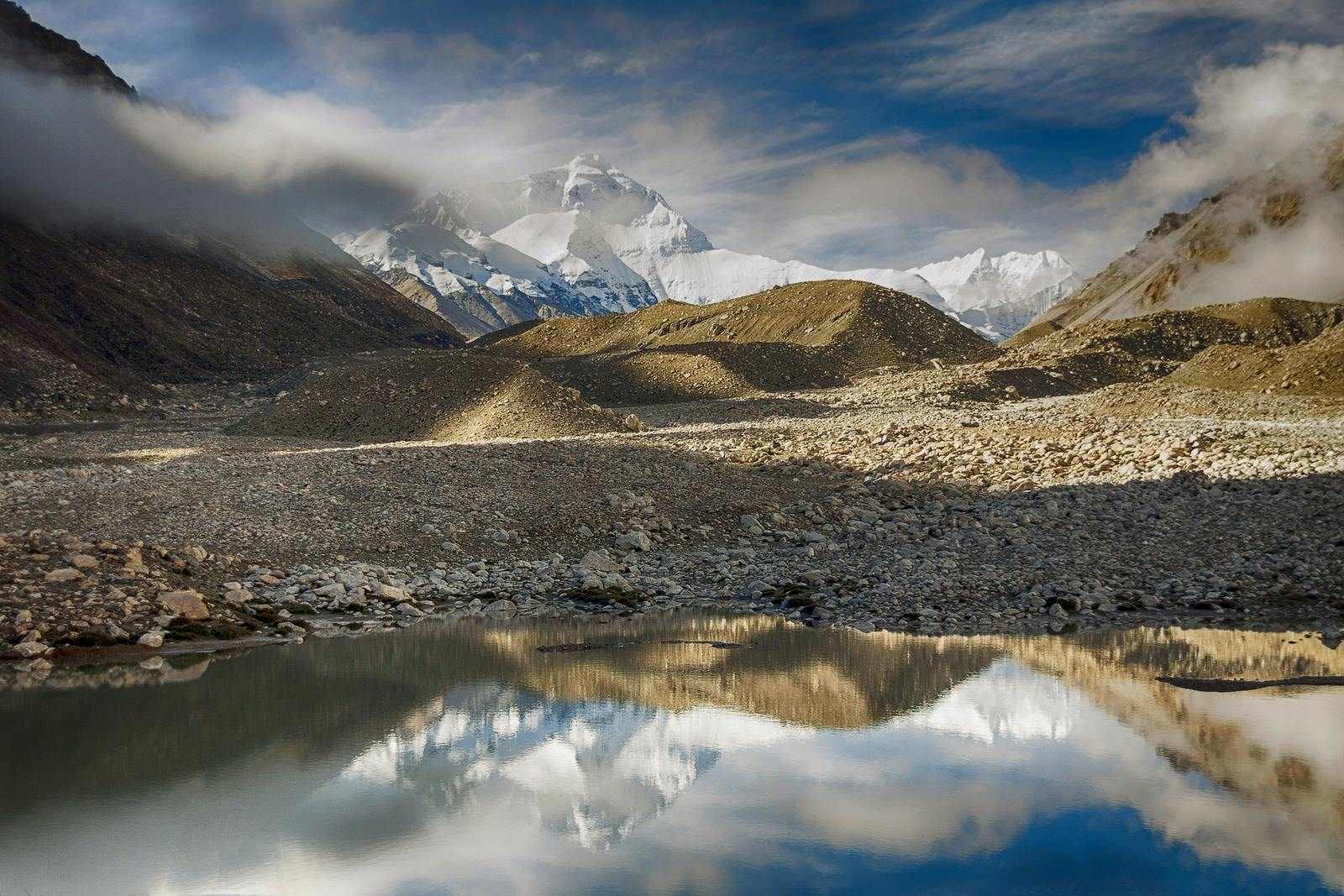 Mount Everest is not pronounced as Ever-est as everyone does. The mountain is named after Welsh surveyor geographer Colonel Sir George and it’s pronounced Eve-rest. The Royal Geographical Society (RGS) named the mountain after his name in 1865. RGS accolades his contributions to the Great Trigonometric Survey of India. George objected to the honor and always felt embarrassed about it.

The highest mountain was named Mount Everest in 1865 after the name of George Everest. The mountain always had its original titles. In Nepali, it is called Sagarmatha, which means ‘head of the sky.’ In Tibetan, it is called Chomolungma, meaning ‘Goddess Mother of Mountains.’ Before naming it Everest, it was called Peak XV in English.

4. Mount Everest facts 101: Its height is in controversy 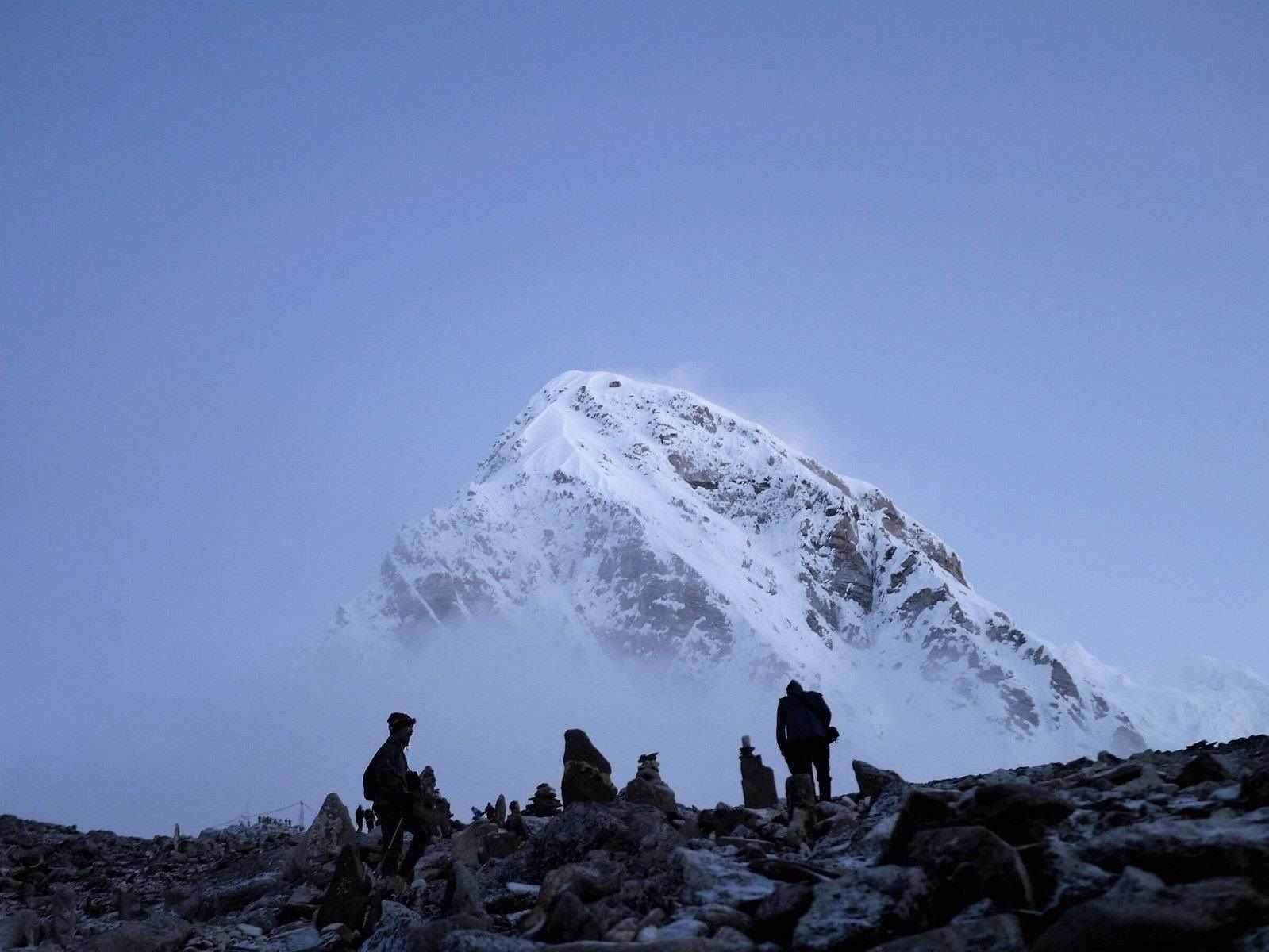 The Chinese government has also started measuring Everest in May 2020. Both the results are yet to be published. The 2015 earthquake is said to have altered the height of Mt. Everest. Based on the local news, the government of Nepal and the Chinese survey team will gather both results and likely announce the new height of Mount Everest in 2020.

Mount Everest is estimated to be 50-60 million years old. Yet, it has not stopped growing taller. The collision force of the Indian and Eurasian tectonic plates is still sending pressure to the Himalayas height. The summit of Everest increases a quarter of an inch each year. 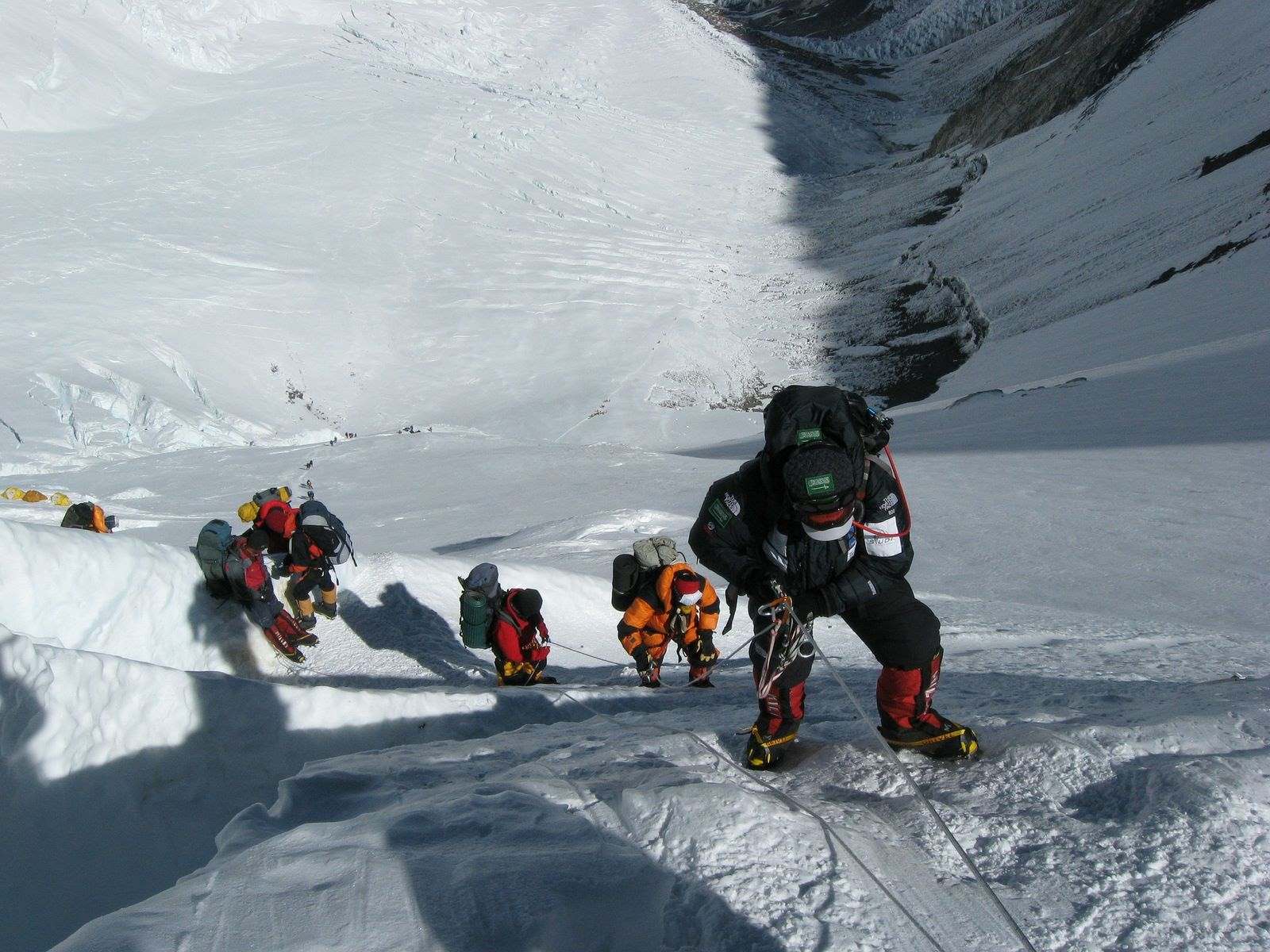 The summit of Everest reaches the upper troposphere, close to the borderline of the stratosphere. This exposes the mountain to fast and freezing winds of jet streams. A wind speed of 280 km/h (175 mph) was recorded in February 2004. Winds over 160 km/h (100 mph) are frequent at the summit.

7. Your body starts dying at the summit of Everest

In the death zone, above 8000 meters, body cells start to die in the absence of oxygen. The oxygen level at the summit of Everest is only one-third of oxygen at sea level. The temperature is extreme, getting below -50 degrees celsius. The average temperature at the summit of Mount Everest is -19C in summer and -36C in winter. These conditions are not favorable for human survival. Amazingly, Babu Chhiri Sherpa managed to stay for 21 hours at the summit, without supplementary oxygen, in 1999.

8. First wedding on the summit of Everest 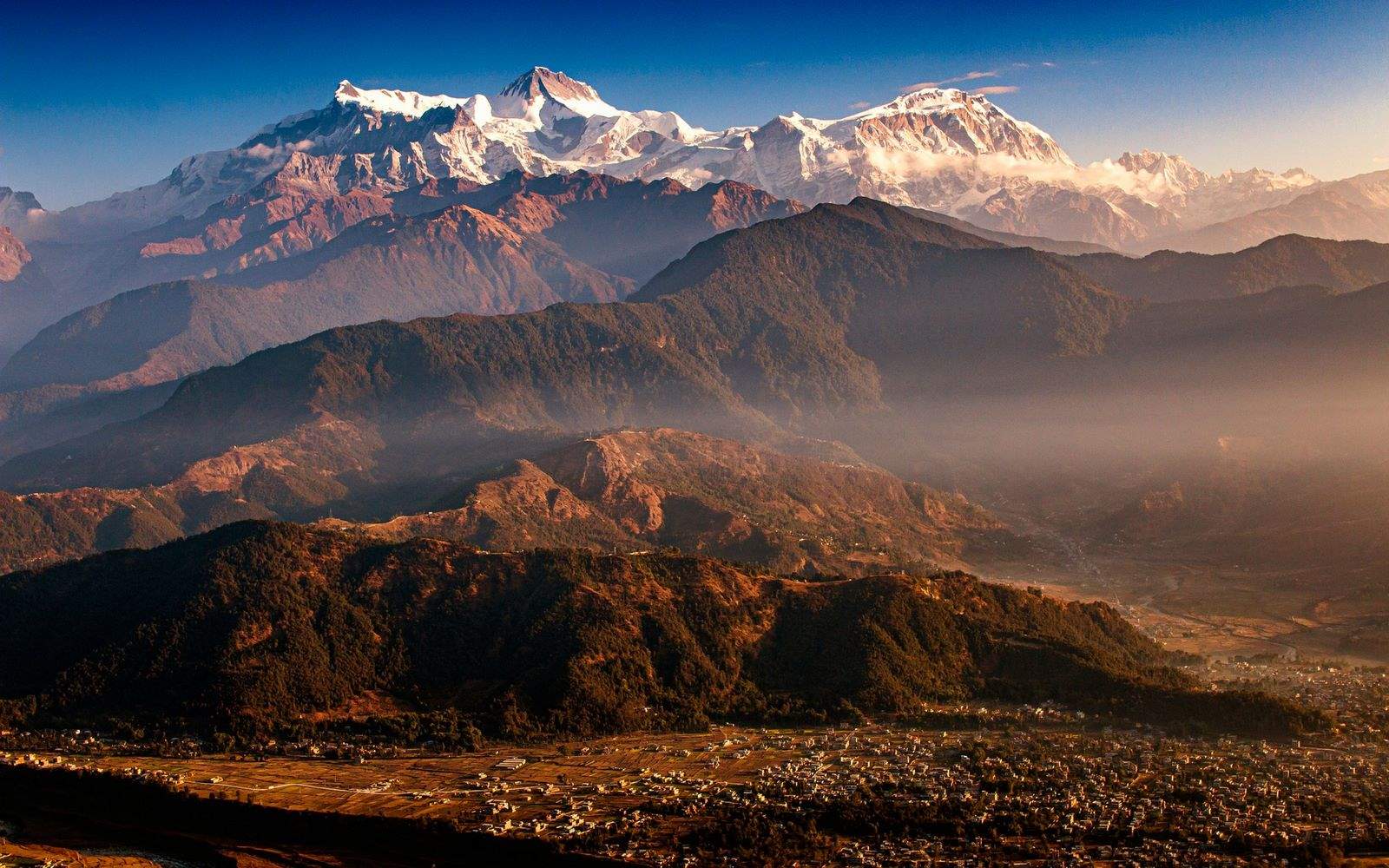 A Nepalese couple Moni Mulepati, 24, and her groom Pem Dorjee, 23, got married on top of Everest in 2005. They stayed at the summit for 10 minutes to complete the rituals. If you are having a hard time finding a spot for your wedding, the top of Mount Everest is open for your couple. Wouldn’t that be fantastic? Let us know your thoughts in the comment section below.

9. Helicopter landing at the peak of Everest

Didier Delsalle, a fighter pilot and helicopter test pilot from France, landed a helicopter on the summit of Everest for one and only time. He made this record on May 14, 2005, with the Eurocopter AS350 Squirrel.

10. A spider lives at Everest 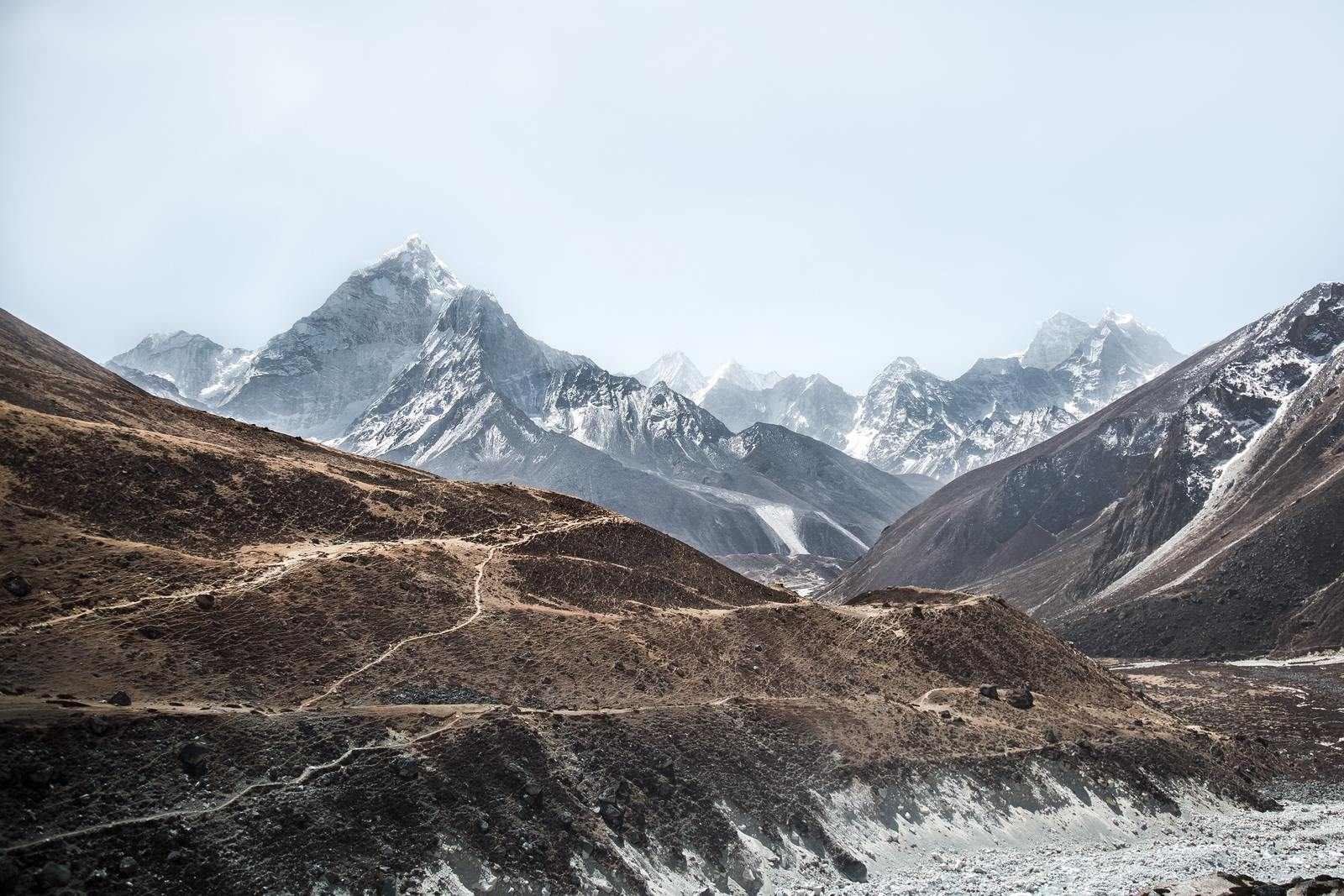 Above the clouds, into thin air of Everest, lives an abominable creature. Euophrys Omnisuperstes, one of the Himalayan jumping spiders, lives at elevations as high as 6,700 m (22,000 ft). It is one of the permanent residents in high altitudes living among rocky debris.

11. Dead bodies are used as landmarks

There are dead bodies on Everest that are used as a landmark for climbers. One of the most famous corpses is Green Boots, named after its bright green climbing boots. The Green Boots is near the northeast ridge. It is believed to be the body of Indian climber Tsewang Paljor who died in 1996. The last day he was seen alive was wearing the same green boots; however, a fact is still unknown.

Everest is the graveyard at the highest altitude. Nearly 300 mountaineers have died while attempting to climb Everest. There are at least 200 dead bodies on the slopes of Everest, most of them around the Death Zone. The corpses are mummified in cold temperatures. It is extremely difficult and dangerous to bring the bodies down. So, they are left as they died on the mountain. An occasional rescue by their loved ones has been made to some of the high-profile families private funding of at least USD 40k-70k 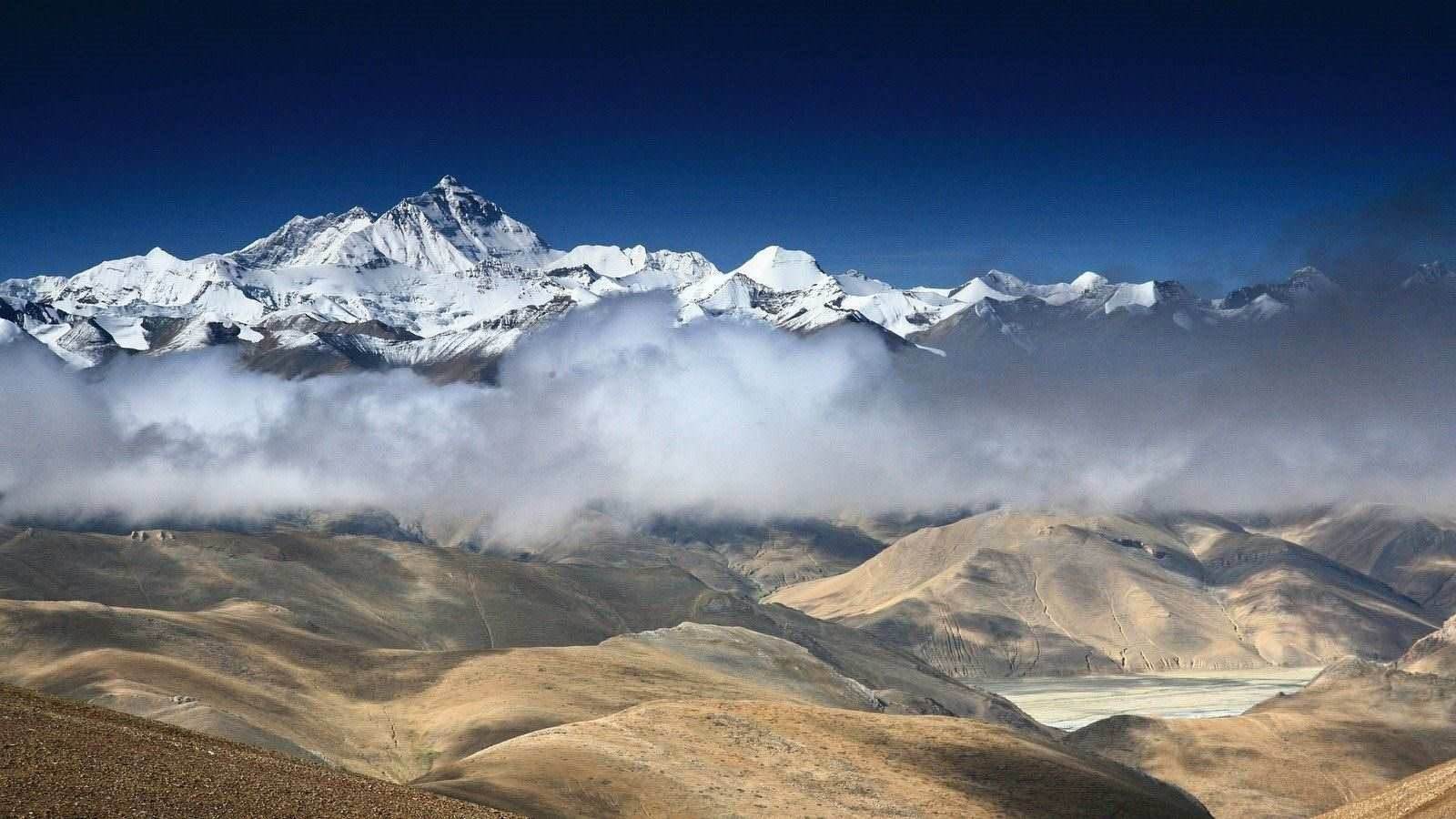 The first attempt to climb Mt. Everest was by a team of British climbers, including George Mallory in 1921. Mallory and Andrew Irvine made another attempt in 1924. They were spotted on the way to the summit. With their death in the mountain, it remains a mystery if they reached the summit.

The first successful summit was on May 29, 1953, by Sir Edmund Hillary from New Zealand and Tenzing Norgay, a Sherpa from Nepal. 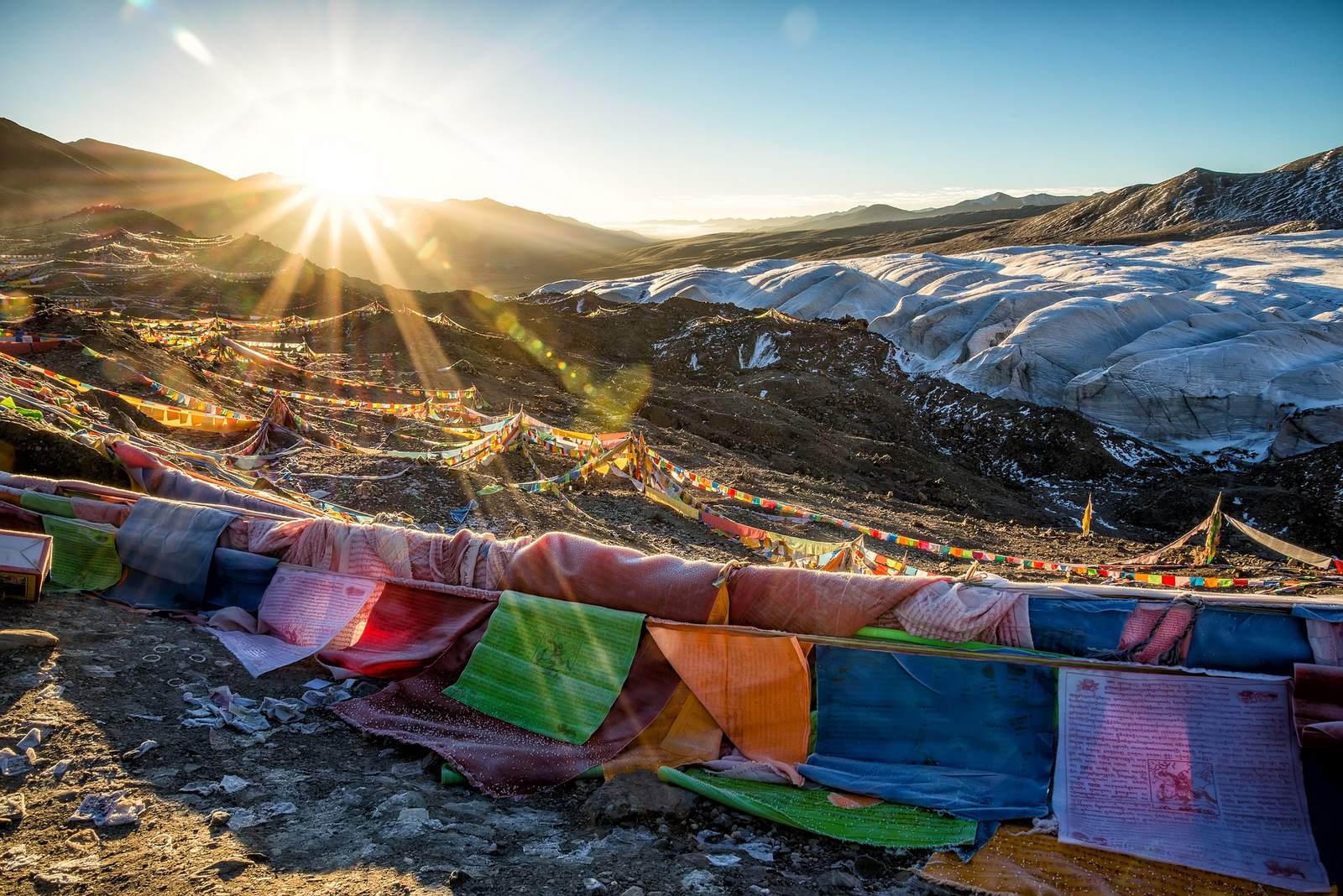 17. The year no one attempted the summit

In 1974, no one attempted to climb Mt. Everest. It was the only year in history when nobody climbed Everest since climbing began.

More than 50 tons of climbing waste is scattered on the mountain. With a high number of summit attempts, the mountain is collecting trash. The sheer amount of waste makes Everest the dirtiest mountain.

On average, it costs more than USD 35,000 and above to climb Everest. It includes a USD 11,000 royalty fee per climber. Here’s a comprehensive article that discloses what else is usually involved in this quote.

20. Summit of Everest is the border of Nepal and China

The summit of Everest is on the border of Nepal and China. Nepal is in the south and C. Majorities of the climber, however, choose the route via Nepal. One of the main reasons is because its gradual hiking trail to Everest Base Camp helps them to get acclimated. The Sherpa, indigenous and local people living in the area, are the heroes who usually lead the expeditions. 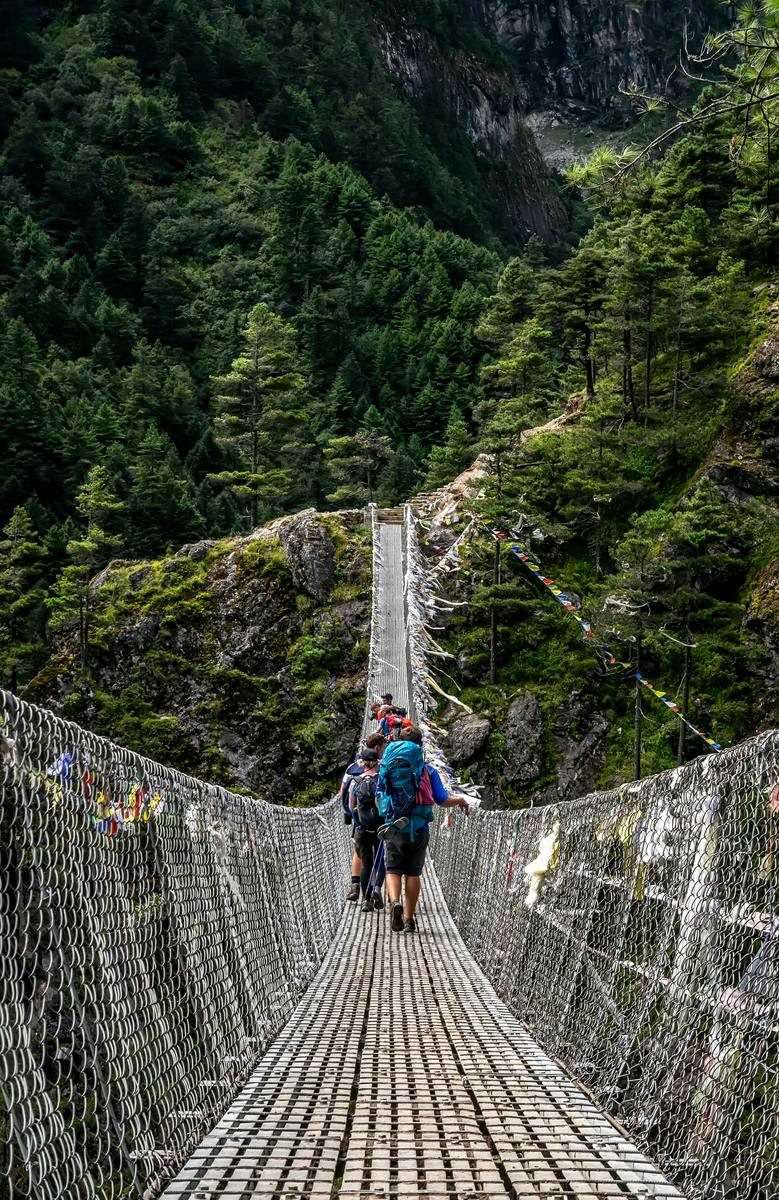 The author of this Mount Everest facts article, Raj Khanal, is a mountain guide and expedition leader from Kathmandu, Nepal. 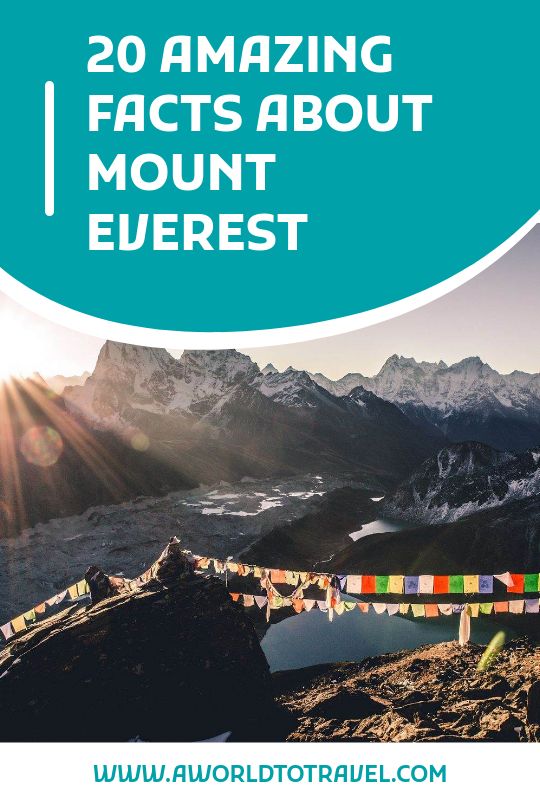