The 12 Most Beautiful Places to Visit in Cyprus

Eager to discover the Greek-Turkish island? Here are the most beautiful places to visit in Cyprus for you to make the most out of your visit.

With its 360 days of sunshine a year, this little island jewel in the Mediterranean Sea is a must-see destination for a successful holiday. Indeed, divided between a Greek part and a Turkish part, the island is all the more surprising as it mixes cultures, religions, and heritage.

Discover a wild or more festive coastline, and enjoy the sweetness of life in the “Mediterranean”. 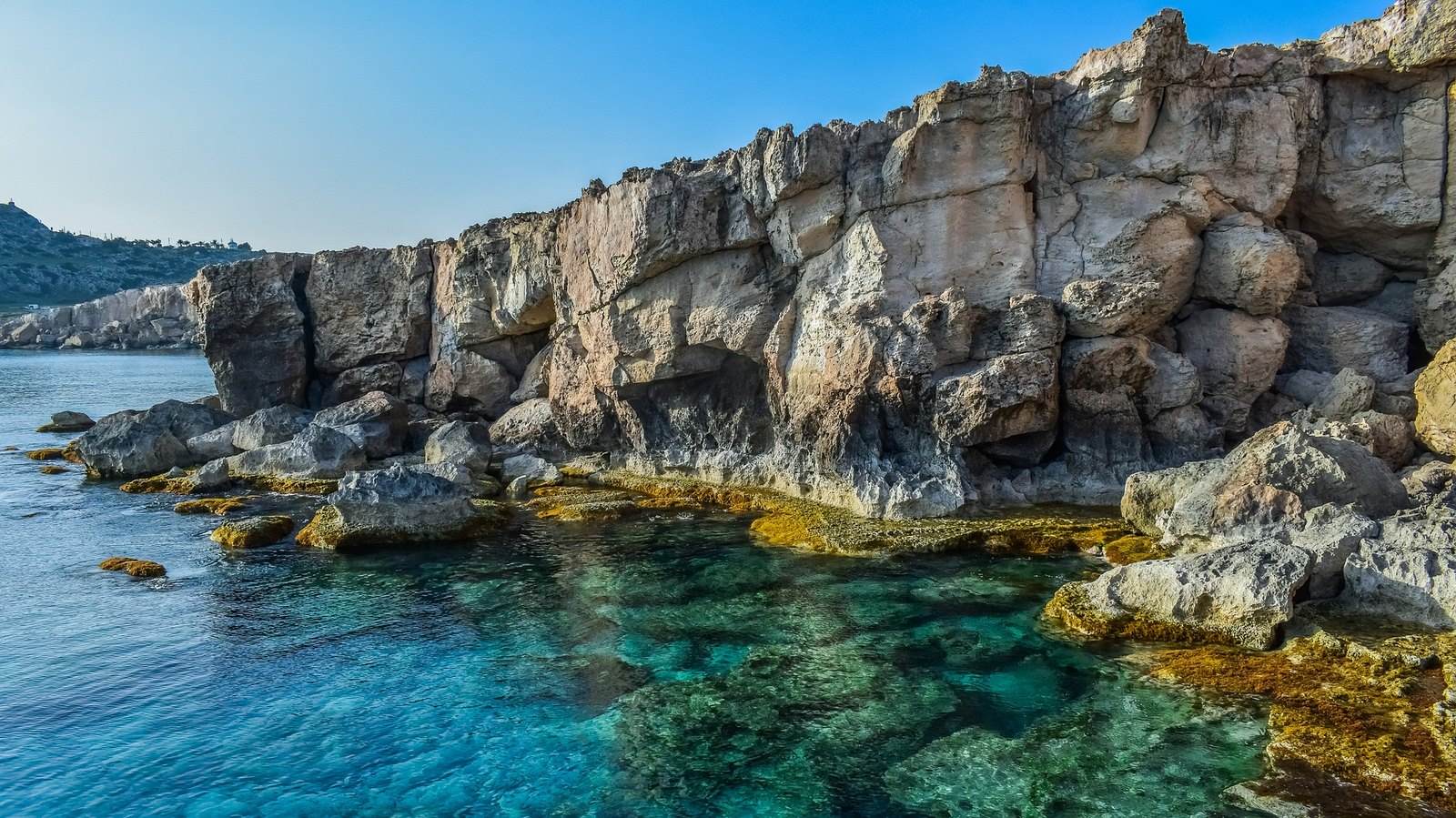 You have to go to the peninsula in the south of the island to discover the wonderful Cape Greco. In this spot among the most beautiful places to visit in Cyprus, you can walk on pedestrian paths facing splendid landscapes.

After your short hike, you will also have the opportunity to take a dip in turquoise water at a very good temperature. Do not hesitate to wait for the sunset, which often promises to be very beautiful from Cape Greco. 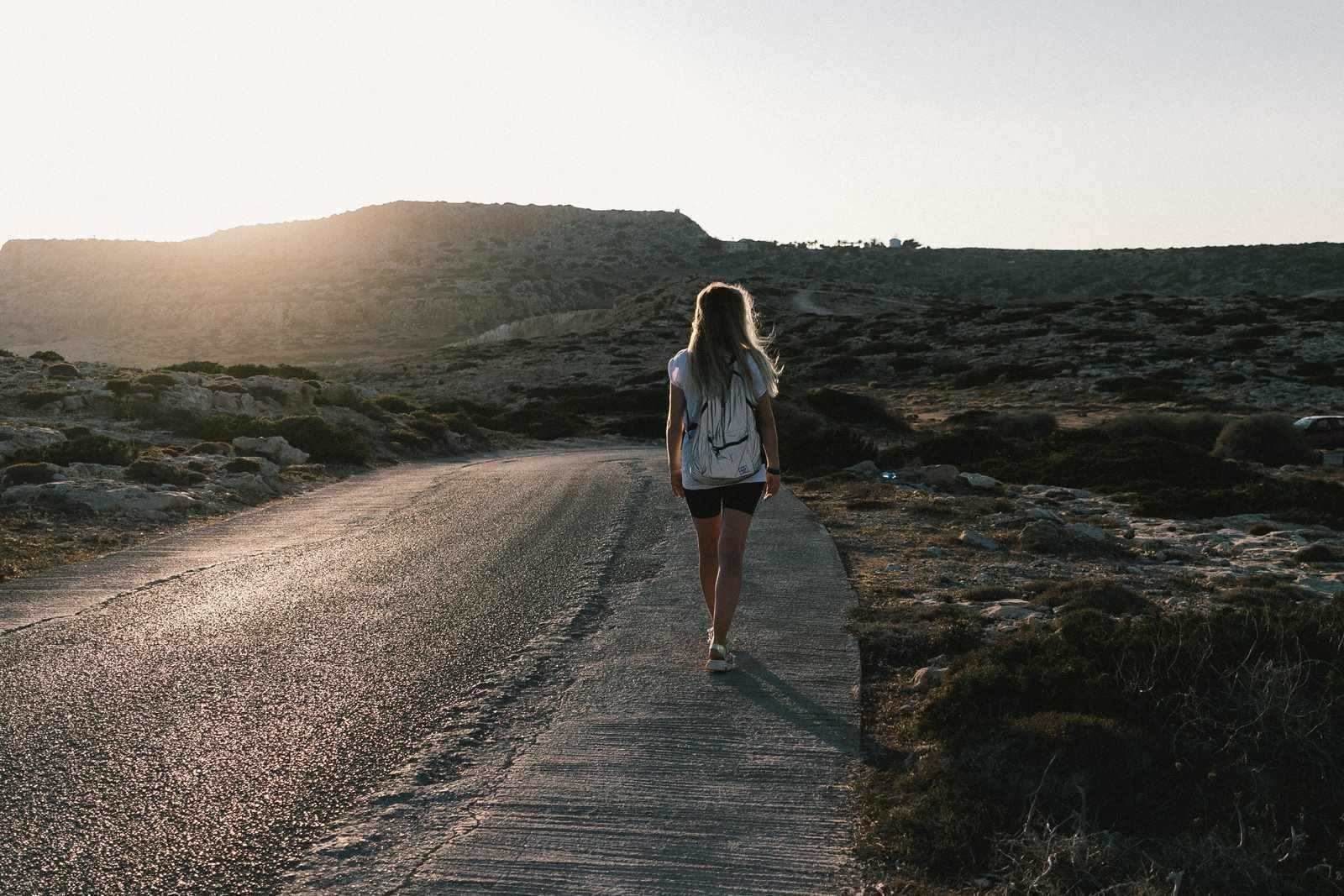 Beyond the coasts, Cape Greco is also a national forest site and has amazing local flora and fauna. Its geology is also impressive with natural arches and some sea caves. 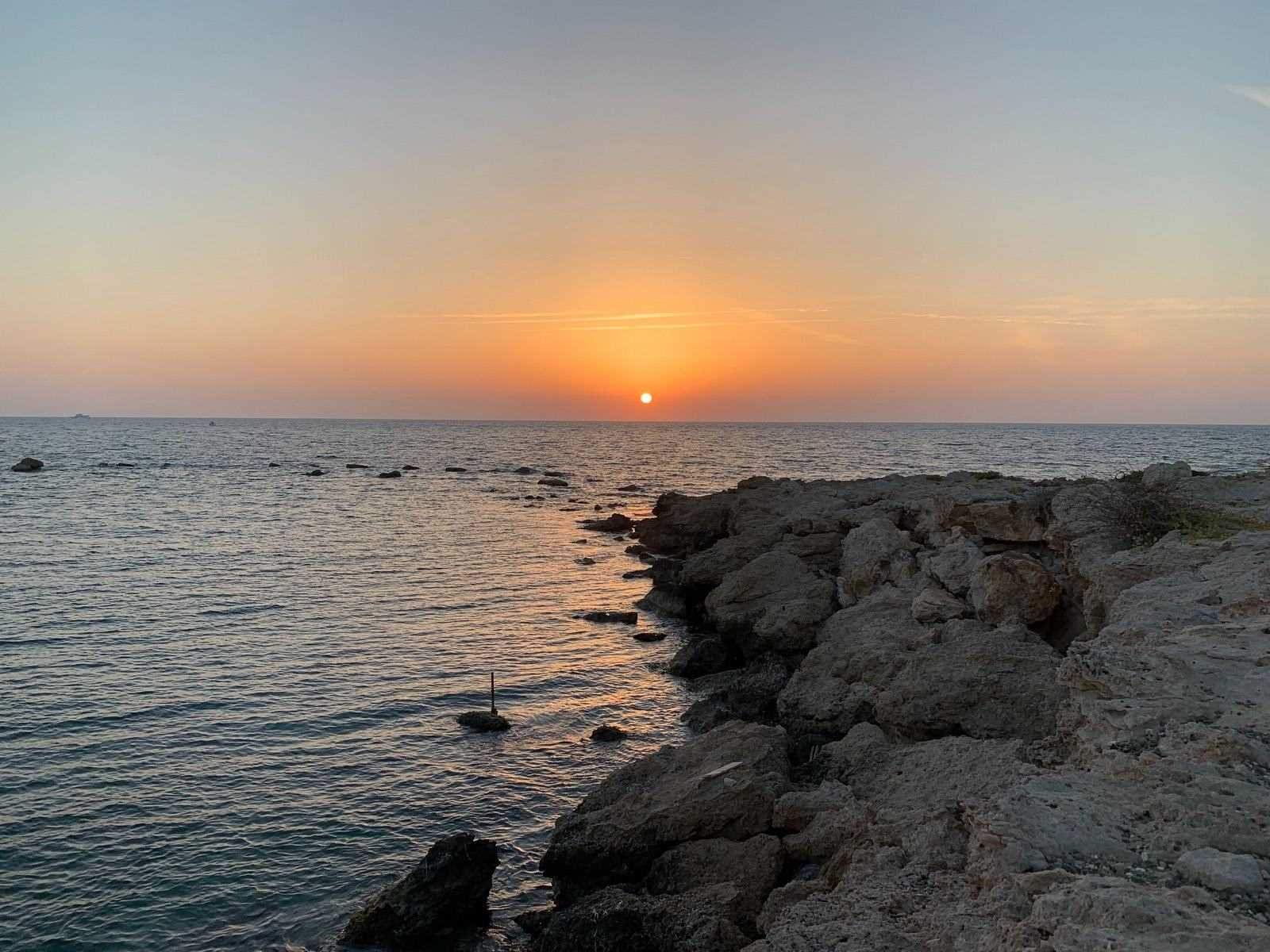 Head to the west coast of Cyprus to discover the charming city of Paphos. Mythology has it that Paphos was a Greek nymph who had a love affair with Apollo and their son became the first king of Cyprus. The latter names the city of Paphos in homage to his mother.

But what can you find in this city to visit in Cyprus? You can admire an old fort on the sea, some lighthouses, and many archaeological remains. 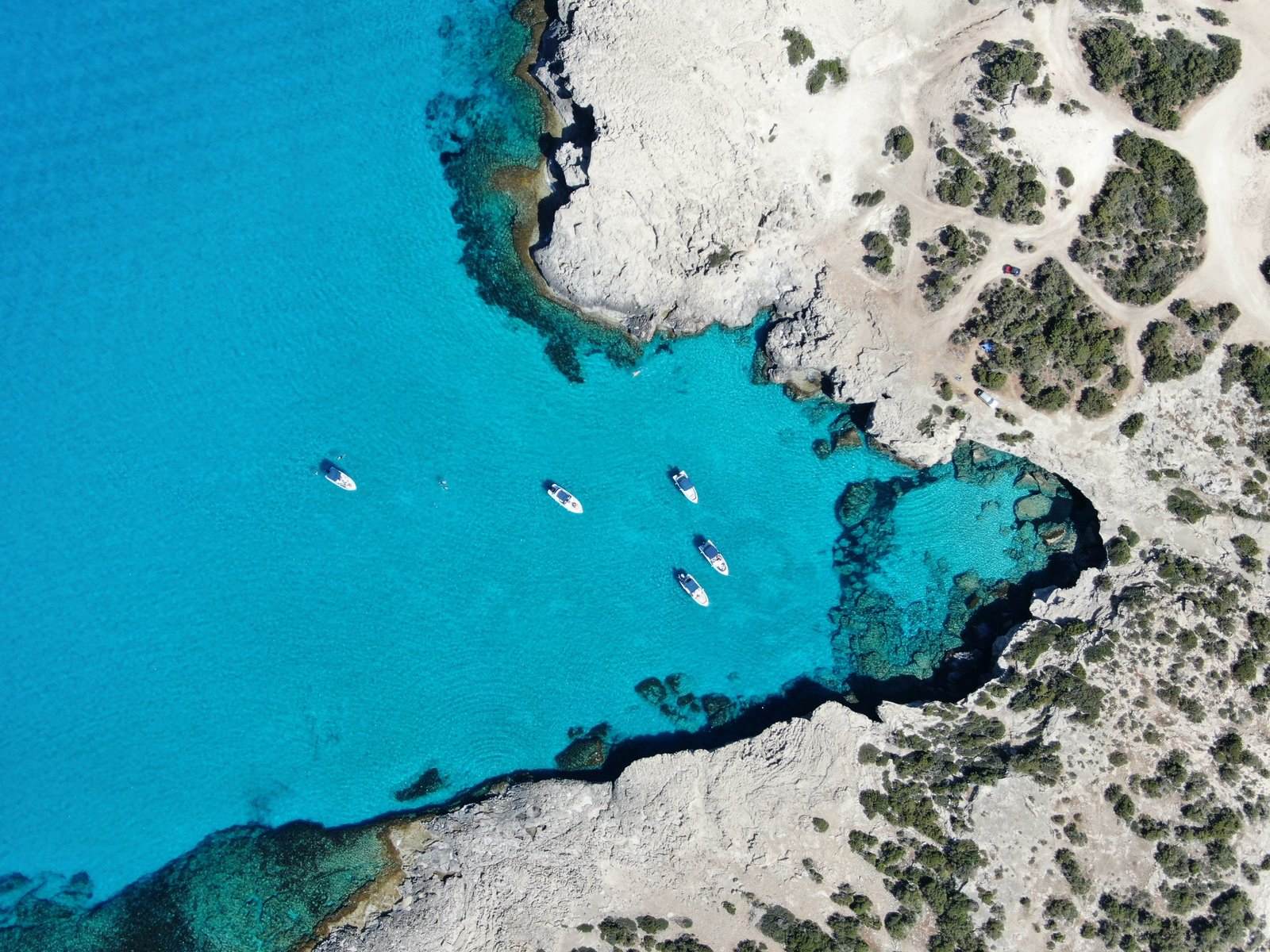 So take the time to appreciate the local heritage with a visit to the amphitheater, or even the tombs of the kings. Besides, Paphos has many Orthodox churches which are worth a look at.

Keep in mind that Paphos is a tourist hotspot in Cyprus. From the city, you, therefore, have a large choice of activities on offer such as half-day cruises, or even quad and buggy tours.

A few kilometers north of Paphos is one of the most beautiful beaches to discover in Cyprus: Coral Bay. This immense beach of fine sand will delight lovers of “vacation-pleasure”.

Here, fill up on vitamin D and enjoy crystal clear water where you can spot some small fish. If you are not part of the “sand team”, you can perfectly rent a deckchair and relax as it should be.

In addition, in the high season, the beach can be crowded by many tourists, so do not hesitate to go there outside of peak hours. 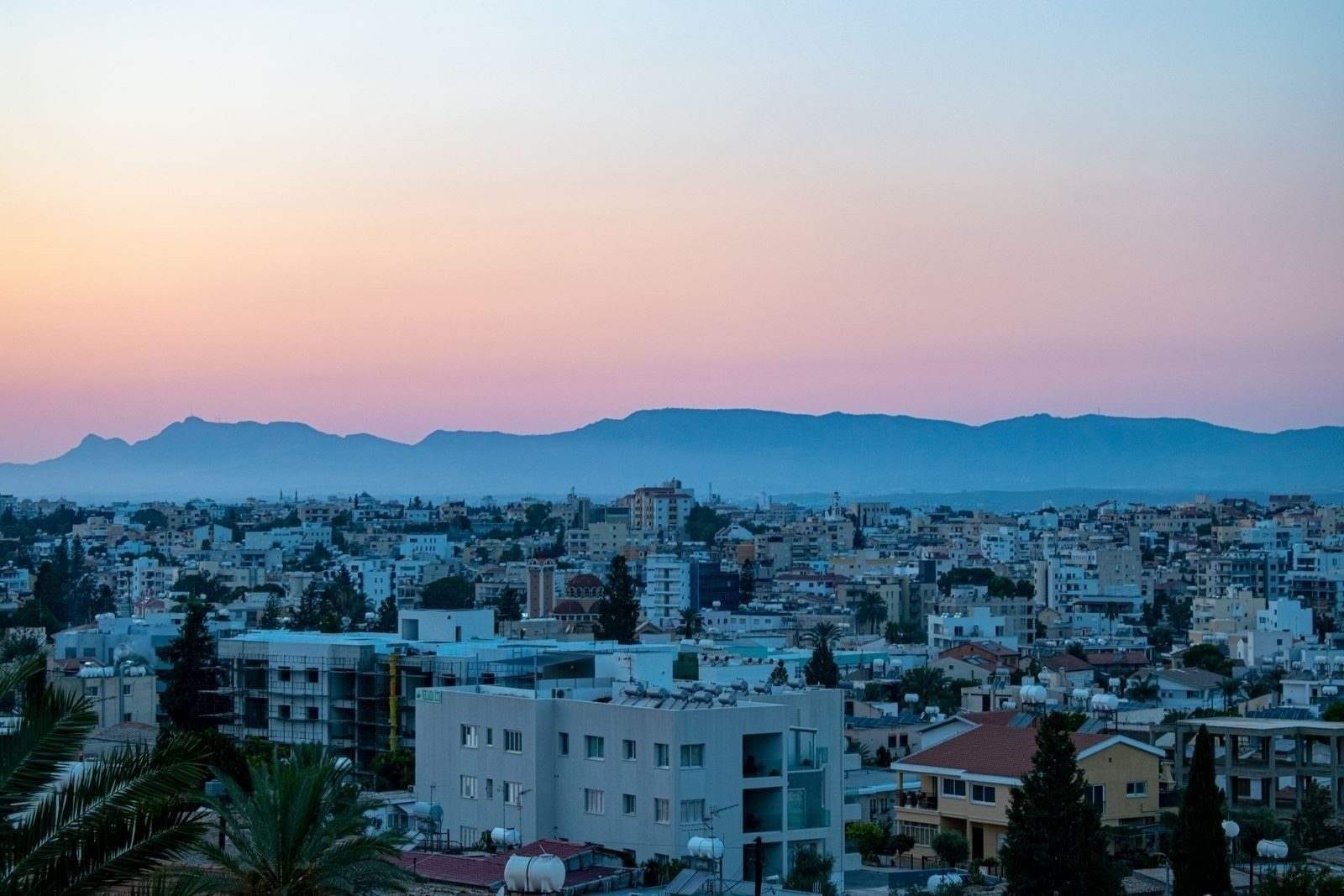 Nicosia is the capital of Cyprus, and also a charming city filled with history. Discovering it is, therefore, an essential step. With a complicated geopolitical situation, straddling Greece and Turkey, the city is first of all particularly surprising.

In the northern part, there are several historical remains to explore. And in the south of the city, you can enjoy many museums and small folklore shops.

Above all, we will meet you in the old town to admire the old ramparts. Here, time seems to have stood still. For example, you can meet candle makers and some local artisans whose know-how is ancestral.

Don’t miss Ledra Street, the charming and lively main street. You could also book a hotel nearby to enjoy living there. And after your stroll through the small alleys and their stone houses, eat in a traditional restaurant. This region, which covers part of south-eastern Cyprus, has many surprises in store for you.

It is also one of the most beautiful and lively on the island. If you are a fan of lazing around during the day and partying at night, then we advise you to take a tour to discover its two main spots: Konnos Bay and Blue Lagoon.

First, you can relax on Konnos Bay, near Cape Greco, whose merits we praised at the beginning of the article. There, the water is as translucent as it is warm, and the panorama will take your breath away.

The Blue Lagoon is a famous cocktail, but also a must-see spot to visit in Cyprus. As the name suggests, the water is a wonderful blue. It will thus be pleasant to bathe there and to benefit from the various small beaches of the surroundings.

This time, we leave the coast to reach a remote spot, among the most beautiful places to visit in Cyprus. In the wilderness, you will discover impressive waterfalls: the Caledonia Falls.

To begin with, it will take about 45 minutes, or 3 kilometers, to reach them. However, the trail is quite steep and sometimes slippery, so plan to wear good shoes.

Once you arrive, you will come across the impressive waterfall where you can rest, or even start a picnic. Wooded and mountainous, the place is also perfect to escape the Cypriot heat and cool off as you wish.

Are you craving some hiking in the mountains? Then the central region of Cyprus awaits you. At the heart of the island is the Troodos massif, which has five main peaks. It is also here that Cyprus takes its sources of freshwater.

Take a day trip through this one of the most beautiful places to visit in Cyprus, and discover many religious buildings.

There are nine churches and a monastery that are listed as World Heritage by Unesco,

And the place is also home to a famous Byzantine monastery, Kykkos, which was rebuilt after a fire in the 18th century. The latter contains the mausoleum of Archbishop Makarios III, who is none other than the first president of Cyprus.

In addition, local legend says that a hermit who took a vow of silence lived in Kykkos, endowed with magical healing powers. Will you meet him? 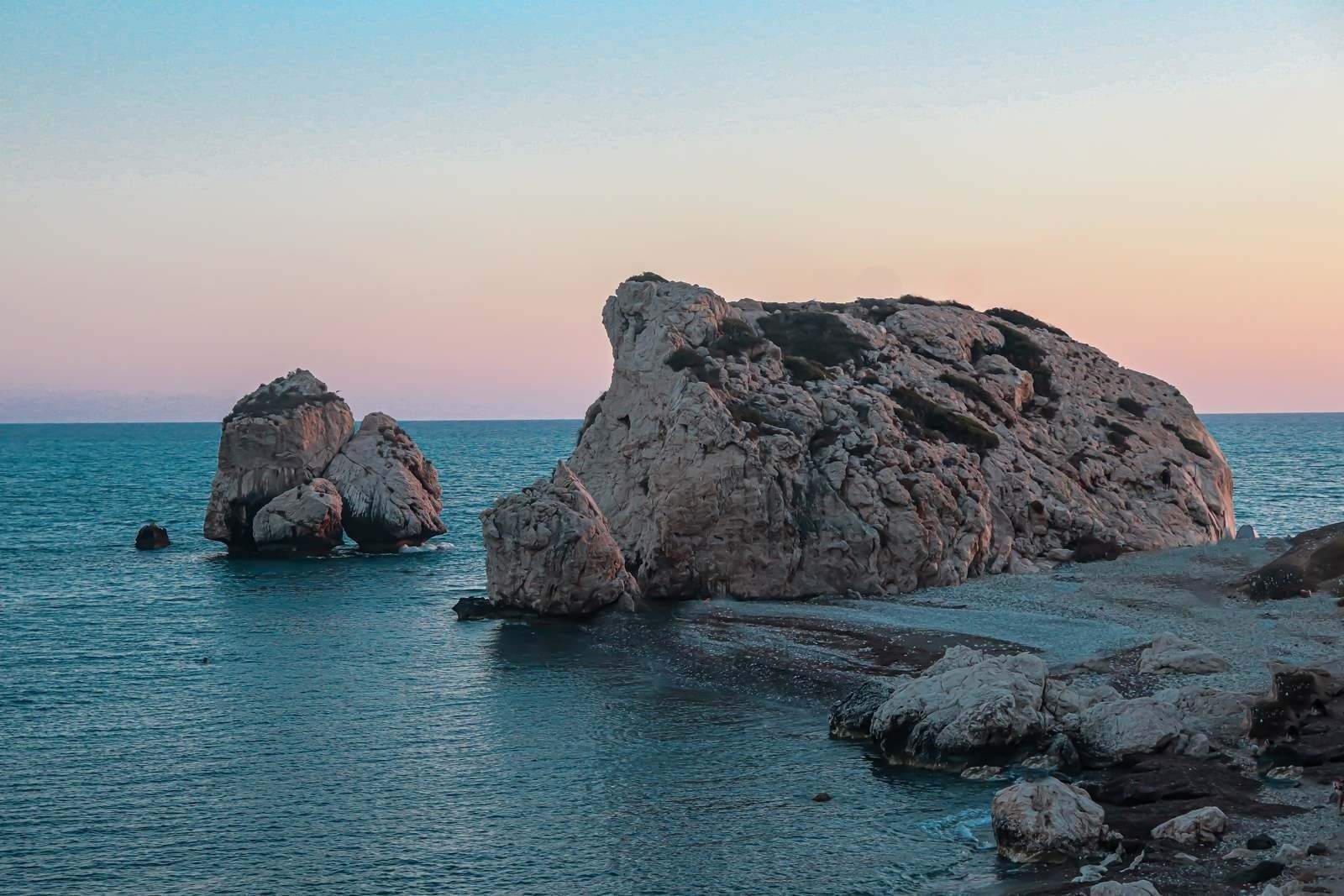 Let’s go back to the region around Paphos to admire the “rock of aphrodite” or “rock of the Greek ”, Petra Tou Romiou. This would be where the goddess Aphrodite was born.

Besides the legend, the place is bucolic and conducive to beautiful walks. Indeed, the decor is green and the sea is faithful to its turquoise blue color. The place also allows you to discover a nearby rock, the Saracen Rock.

Keep in mind that if you bathe around Petra Tou Romiou, you are guaranteed eternal youth. The tide must however be calm, as the area remains rocky and therefore dangerous.

9. The port city of Kyrenia 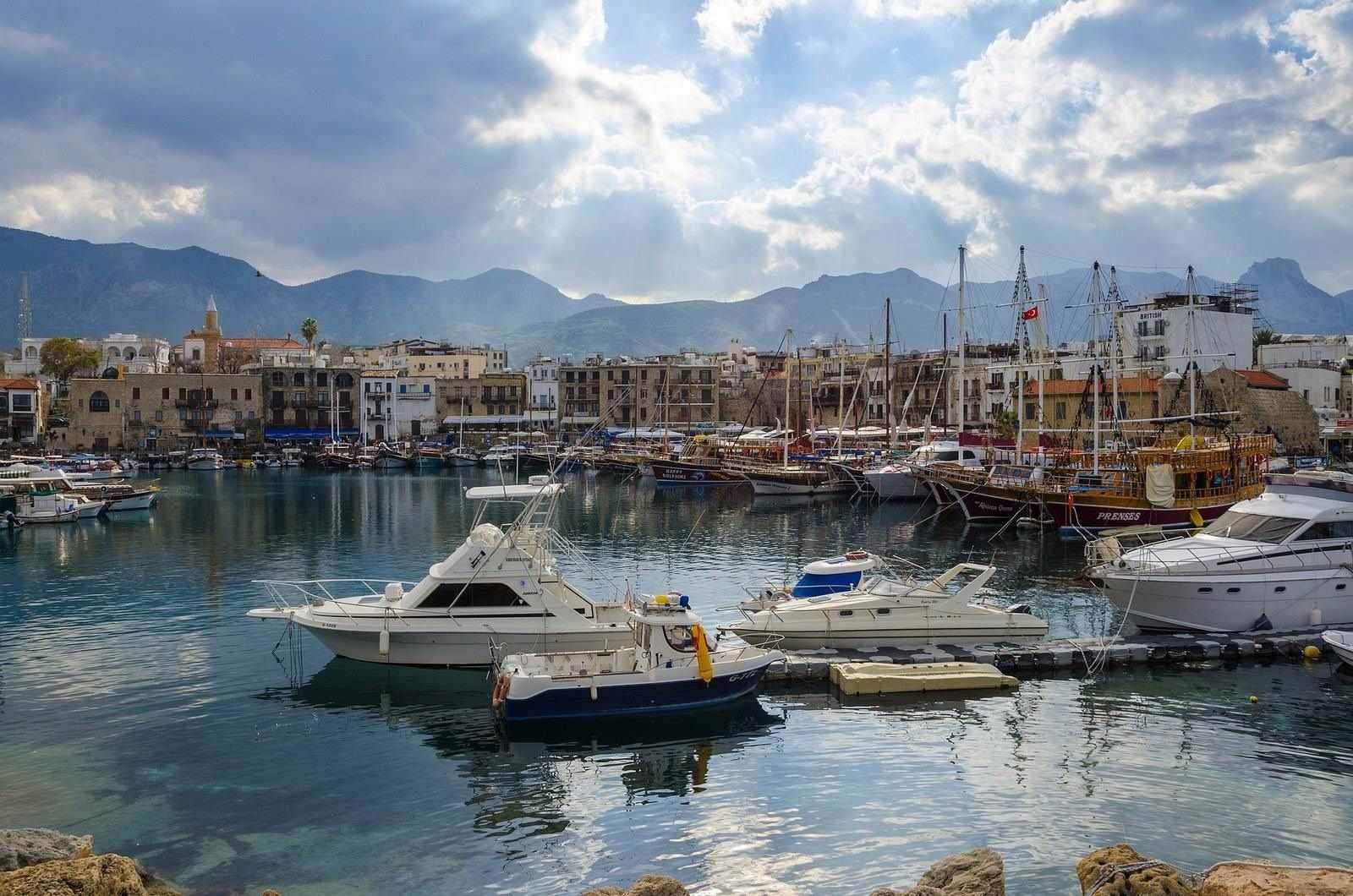 Located in the north of the island, Kyrenia is a port city to visit in Cyprus. And it’s worth a look. Indeed, the city is populated with small cafes by the sea and magnificent beaches where it is good to rest for a few moments.

Stroll through the traditional old town and discover many traditional stalls. Also, the city has a sumptuous castle open to visit, which notably houses an old merchant ship.

Another castle may also hold your attention: Saint-Hilarion, where a hermit monk lived during the Byzantine era. There, you will quickly believe yourself in another era, or a true fairy tale.

Located in the eponymous village of Bellapais, meaning “The beautiful peace”, the abbey and its Gothic architecture are unmissable and just a few kilometers from Kyrenia.

If practically only ruins remain, the place can be visited and appreciated to be a true witness of the past. Because the Bellapais abbey dates from the 12th century.

The abbey is divided into several parts. You can discover its church, but also its cloister with its 18 arches, or a refectory and some dormitories. A restaurant replaces the old warehouses. Also, take the time to discover the chapter house and its Byzantine columns. 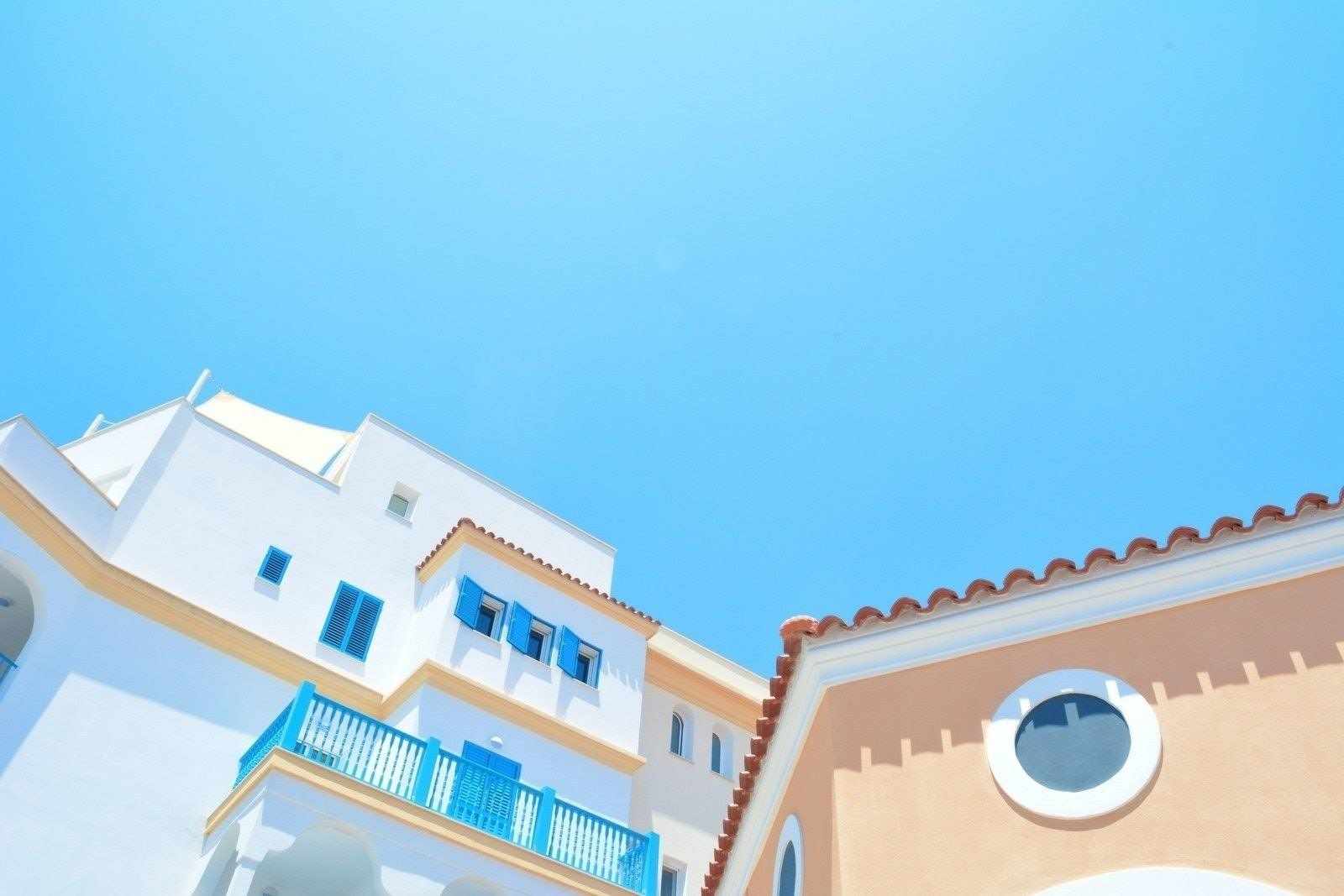 A seaside resort to discover in Cyprus, Limassol is 45 minutes south of Paphos. Its location by the sea is ideal for seasoned beachgoers but also for travelers looking for relaxation. Spend time in its charming public garden with Mediterranean flora and explore the surrounding vineyards.

Towards the end of the day, a visit to the fort is a must. It is here that Richard the Lionheart married his sweetheart, Bérengère de Navarre, at the end of the 12th century.

In addition, Limassol has many small markets where you can find fine crafts. And for party animals, this spot among the most beautiful places to visit in Cyprus is also populated with bars and nightclubs. All this, by the Aegean Sea, please.

Finally, take a tour of Kourion, a magnificent and unmissable archaeological site in the surroundings of Limassol. You will see mosaics, an old theater, or even old public baths. It is also an ideal place to make your baptism of paragliding. 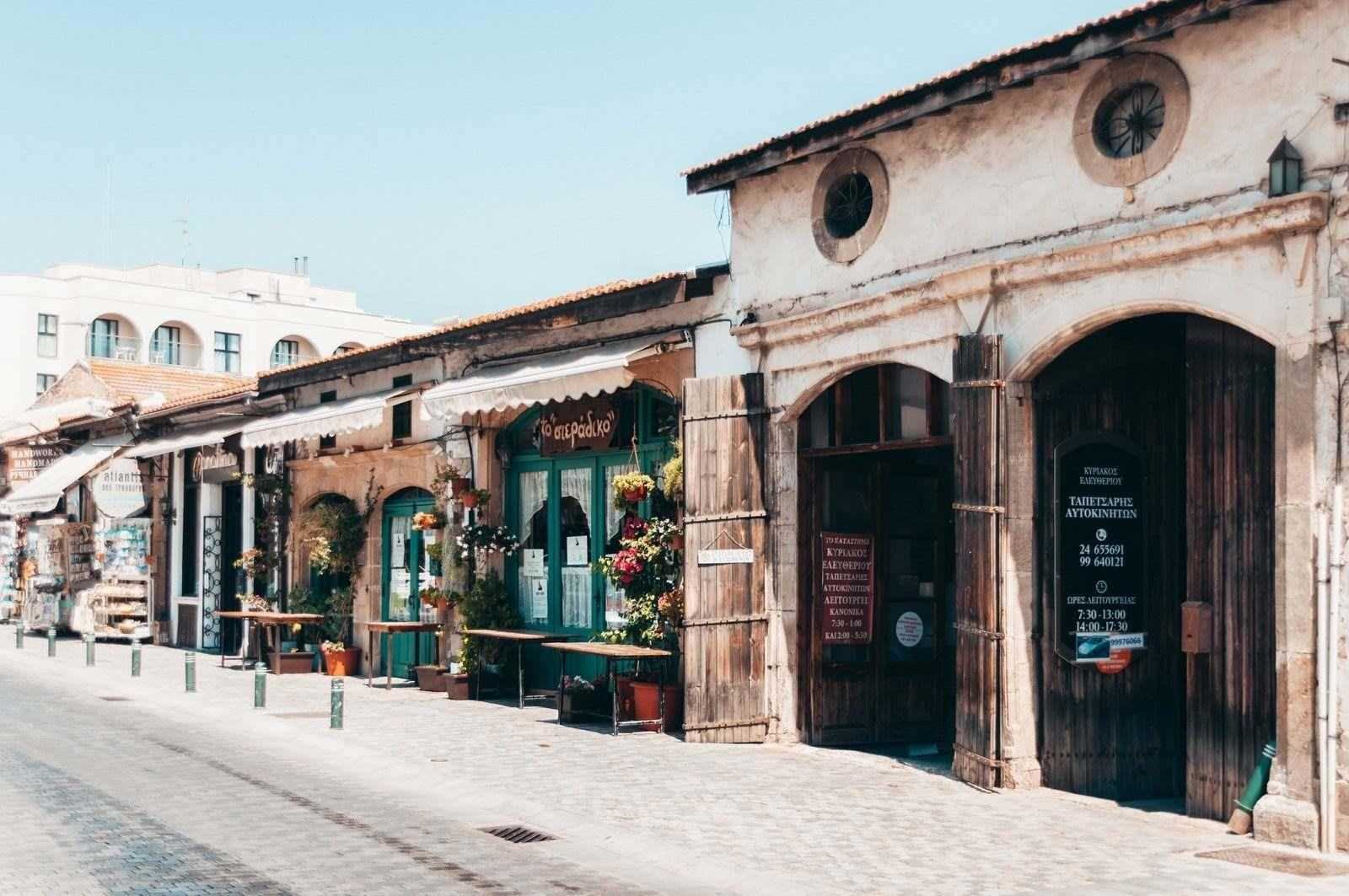 This treasure of Cypriot heritage is located in the south of the island. A sip of history, Larnaca has long been at the center of conflicts between different empires, and more recently the war between the Republic of Venice and the Ottoman Empire. Suddenly, you will find there a very specific soul, marked by war and the successions of different inheritances.

Take a tour of the city center and then admire the Church of Saint-Lazare, a religious building dating from the 9th century which is very important in Christian spiritual culture.

Also, next to the city center, there is a recognized archaeological site: Pervolia. Several tombs and offerings were found at this location, launching excavations and allowing us to learn more about life in the 5th century BC. JC, but also on sacred rituals! As an example, researchers found geese in children’s graves.

Has the beauty of the island of Cyprus won you over?

Julien Chbib is the founder of Julius Homes. His interest in hiking, skiing, and adventure holidays made him bring together the choicest accommodations around the globe to make holidays relaxing and comfortable. 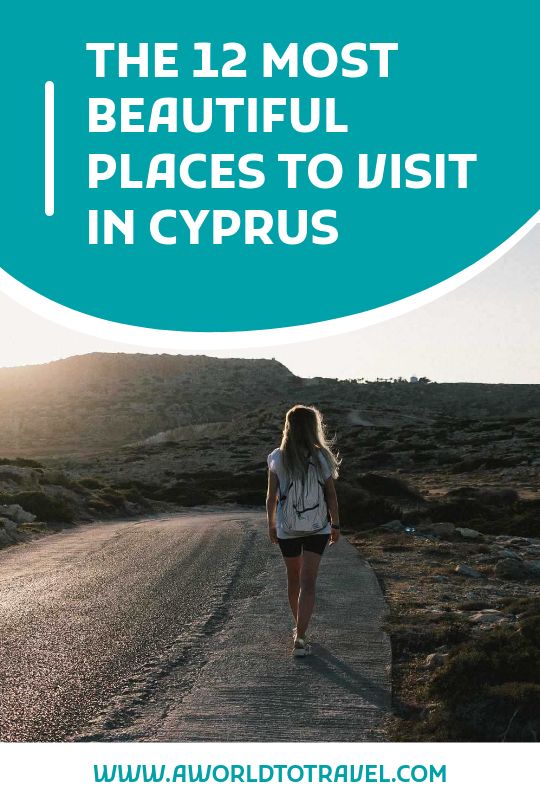