Mediterranean Naples, much more than pizza

The first time I visited Naples, a close friend asked me how I liked the city. Straight forward, my answer was I liked the people, not the city. After several trips, today I can tell I like both: the people and the city.

We all know liking is different from being blind. Neapolitans are good people living in one of the most unsafe corners in Europe. Naples is charming, even pretty, but one cannot deny that it lacks maintenance and cleaning.

So let’s look further. Naples is not just the railway station where you head to visit Pompeii, Herculano, and the Vesuvio volcano. Once the capital city of an ancient kingdom, it was founded 2700 years ago. The city also worked as a colony of Spanish and French kingdoms and every historic period has left relevant monuments you cannot miss in your visit.

Napoli is also seen as the traditional and cultural center of South Italy and the city saying goodbye to tons of migrating Italians, a total reference for today’s social conflicts in Italy and a wide hub for culture.

A city with more than 2 million people and ancient archaeological sites. It is possible to “conquer” castles, walk the long urban promenades, feel the absolute vulcanism power and, on top of all that, enjoy being where the all-over-the-world worshiped Italian pizza was created for the first time!

The big picture can be appreciated from St. Elmo Castle’s Belvedere, in the Vomero neighborhood. The ancient city, the harbor, the bay, Capri island, and the Vesuvio.

You can also distinguish a division of the city, the “spaccanapoli”, a long and straight street between the harbor and the high part of the ancient city. It allows feeling the rhythm of the people, changing from the bright friendly daylight to the dark lonely night through a nerve-racking sunset.

The spaccanapoli is also considered the most central and conveniently located street in the city, not only because of its one-kilometer length.  “Piazza del Gesù Nuovo” (New Jesus square) could be called the beginning of spaccanapoli. It points to several monuments and it’s besides “via Toledo” (commercial place of the city and departure point of Vomero’s funiculars). From there, walkable distances will take you to the “majolica cloister” (‘marble cluster’), the catacombs,  the traditional all-year-round Christmas like market of figures to build the ‘presepe’ (the crib, Jesus’ birth representation), the market of masks (“maschere”) and other relevant sites, before the end of the street near Naples central railway station. 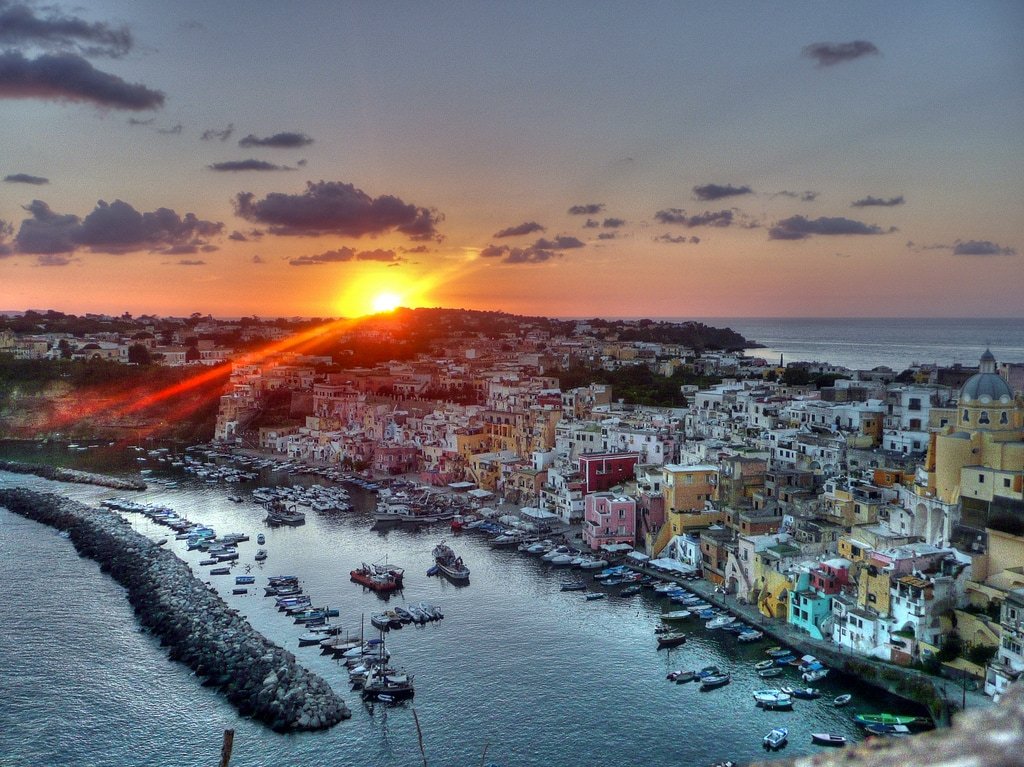 As a last piece of advice, please do not forget to visit the Maschio angioino (a fortress built during the period when the Naples Kingdom was ruled by the kings of Anjou dynasty) or Posillipo, a tranquil area of the city.

Have you already booked your trip to Naples? Begin your flight search or choose to go by train from Rome, enjoying the landscapes. Doing otherwise would be a terrible mistake. Buon viaggio!

Find out more about this incredible city on our Naples travel guide.

The author, Antonio Gregorio, enjoyed a series of business trips to Naples from 1997 to 2007. He has also published several books about Education, Science, and Society. Today he lives in Ribadeo and writes regularly in his city blog Ribadeando.