Walk a Mile Like a Samurai in Kawagoe’s Little Edo

Kawagoe is often dubbed as “the Japan of your historic, samurai dreams.” It was also further noted how it’s not Kyoto or Nara that is the real representation of the “historic” Japan but Kawagoe.

True enough, passing through this small city in Saitama Prefecture is like having leisurely walks in a set of a samurai movie. The Old Warehouse District has that distinct look and vibe that reminds you of those movie scenes where packs of ninja assassins stealthily hover from roof to roof to launch an orchestrated attack. It’s like a traveling through time without violating the laws of time and space continuum. 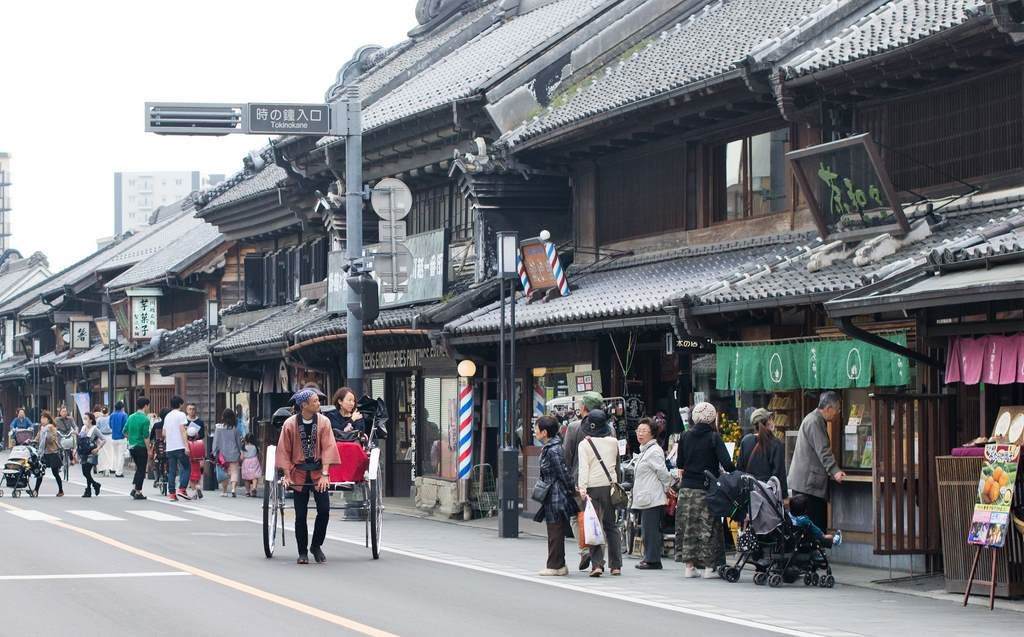 Kawagoe has earned the title “Little Edo” for having managed to preserve both the cultural and architectural features of the old Edo Period (1603-1868). In a nutshell, Edo is the old name of the country’s capital until it was renamed Tokyo by Emperor Meiji when he moved the capital from Kyoto in 1868. Being just 30 to 60 minutes away from Central Tokyo, Kawagoe is the perfect day trip for travelers seeking architectural icons dating back from the Tokugawa (Edo) Era.

There are four train stations in Kawagoe – Kawagoe, Hon-Kawagoe, Kawagoe-shi, and Nishi Kawagoe. The best station to get off to is Hon-Kawagoe via Tokyo Metro Fukutoshin Line (from Shibuya station, 60 minutes via Express) or Seibu Shinjuku Line (from Seibu Shinjuku station, 60 minutes via Express). If you’re coming from Ikebukuro, you take the Tobu Tojo Line to reach Kawagoe-shi station in just 30 minutes.

From either Hon-Kawagoe or Kawagoe-shi stations, you can walk 10 to 15 minutes to the main tourist area – the Kurazukuri Machinami or the Old Warehouse District. Or take a bus from Kawagoe Station to the Ichibangai stop but that would defeat the purpose of this visit. Also, each point of interest may be reached in less than 15 minutes but since you’re doing leisure walks, traveling from one point to another could take up to 30 minutes.

The best season to visit Little Edo, Kawagoe, Saitama Japan is either during spring or fall for the cool weather and the beauty of the falling leaves and the cherry blossoms. Do not forget to secure your copy of the Kawagoe Tourism map from the Tourism Information Counters at either train station. 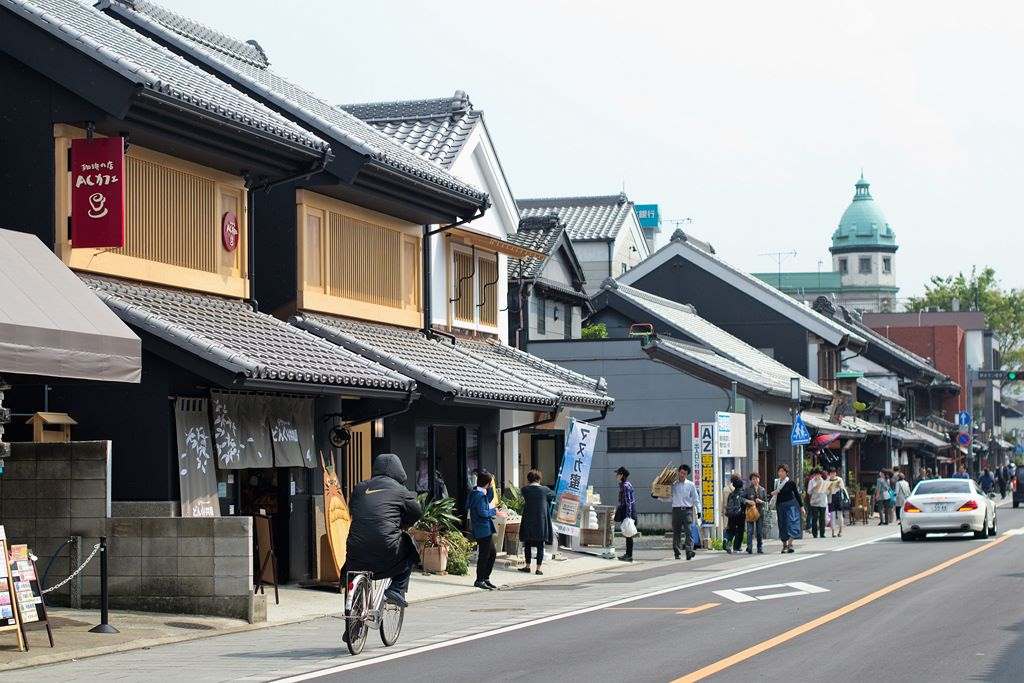 Kurazukuri refers to the clay-walled warehouses that line the main street. These warehouses were used to hold rice and other supplies when Kawagoe was the center of product trades back in the old day. During the Great Fire of Kawagoe in 1638, the whole town, including the Kawagoe Castle and the samurai residences, was burned to the ground leaving only the clay-walled buildings. The city was later rebuilt following the clay-wall style architecture for its flame resistant properties.

In modern-day Kawagoe, the warehouses were converted to souvenir shops, restaurant, and cafes, but the traditional elements in terms of service and architectural style are still being maintained.

This is the main point of interest in Kawagoe. You could spend from two to five hours here depending on how you explore the area. For the maximum experience, and budget allows, ride one of the jinrikisha (pulled rickshaw) around the area. It will tour you around Little Edo for an hour for ¥6,000. Or you could get overboard — dress in kimonos or bring your samurai swords.

Toki no Kane (Bell of Time Tower) and Yakushi Shrine 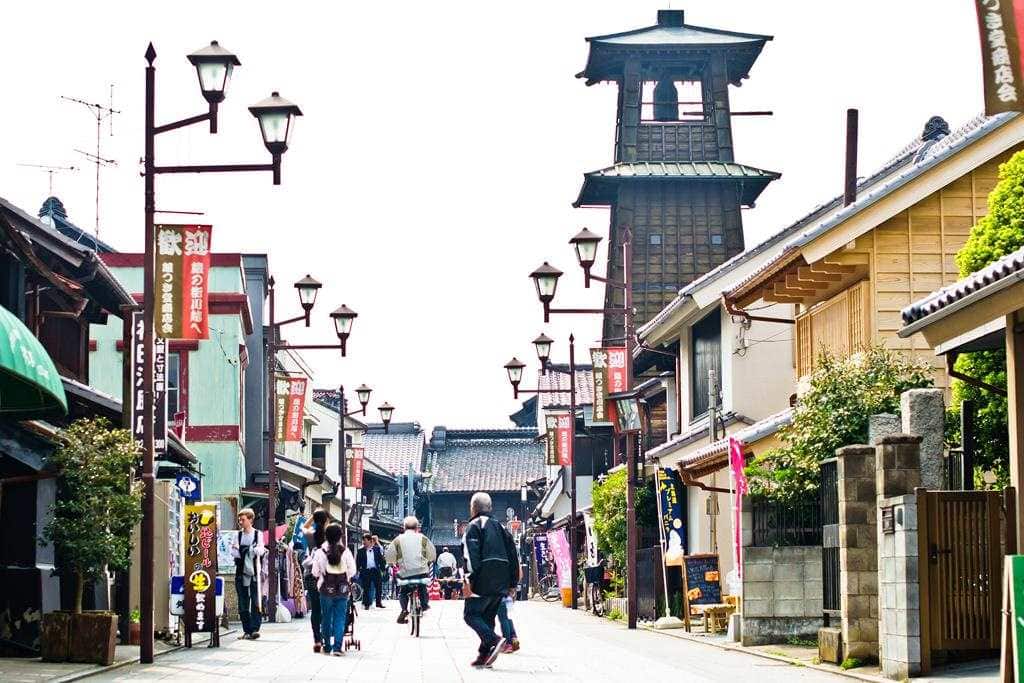 Your first stop at the Warehouse District is a 16-meter tall bell tower that is the very symbol of the City of Kawagoe.

The original bell tower was located northeast of its current location and was later rebuilt where it is now after the Great Fire of Kawagoe in 1638. The bell was rung every hour to inform the people of the time, and it was controlled by two persons living right next to it.

Nowadays, the bell is being rung electro-mechanically by a metal hammer which swings and bangs the bell in four designated time each day – 6:00 AM, 12:00 NN, 3:00 PM and 6:00 PM. In 1996, the Ministry of the Environment has chosen Toki no Kane bell tower to be one of the “100 Soundscapes of Japan“.

Right past the bell tower is the Yakushi Shrine. Despite the discontinued Shinto services, people still come here to pray for good harvests, money, and recovery from various illnesses.

If you want to offer a prayer, first cleanse your hands and mouth at the chouzubachi (water basin) nearby. It is an essential part of the prayer ritual.  Ring the bell once, drop a coin in the saisenbako (wooden box), bow your head twice, clap your hands twice followed by another bow before uttering your prayers in silence. A frame to hang your ema (Shinto wooden prayer plaques) is also available in front of the shrine.

The Kawagoe Festival is the liveliest event in the city. It involves colorful floats paraded all over the town and held for two days on the 3rd Saturday and Sunday of October. If you can’t visit in time for this vibrant event, you could still get a feel of it by visiting the Kawagoe Festival Museum. All the colorful floats used in the procession are exhibited in the museum.

There is an insanely popular shop along the Kuramachi street selling mochi balls skewered on bamboo sticks dipped in sweet soy syrup. Because of its popularity, the lines are often too long.

Surprisingly, there is the little less popular but surprisingly tastier delicacy than the mochi balls. The sweet potato onigiri and sweet potato ice cream.

Here’s a fun fact. Due to its ease of cultivation, the sweet potato became a staple in Japanese cuisine and Kawagoe was the biggest source of food after the war. Nowadays, Kawagoe remains famous for its sweet potatoes that sweet potato tours are being conducted during the harvest season (mid-September to early November).

Several shops selling traditional Japanese sweets line this small alley at the northern end of the warehouse district. For the locals, these shops and merchandise are quick nostalgic trips to their childhood. For tourists, it is the perfect spot to try various Japanese confectionaries.

These are just some of the more popular points of interest at the Warehouse District but there are a lot more to discover if you would allow yourselves to stray away from the main street. There are several other temples and shrines, unagi (eel) and noodle houses, museums, and souvenir shops, among others. If you will be interested, you could even visit a traditional Japanese cemetery or watch wild ducks swimming on a river across the bridge at the northern end of the Kuramachi street.

But wait, there’s more. Fifteen minutes northeast, east, and southeast from the Kuramachi street are three other important tourist spots in Kawagoe – Kawagoe Hikawa Shrines, Kawagoe Castle, and Kitain Temple. If you still have a few more hours to spare, it is recommended to visit at least one of these major destinations.

The Kawagoe Hikawa Shrine is well known for its bright orange torii gate soaring 15 meters tall. But more than that, the shrine houses five Shinto deities. Two of which are regarded as married couples making the shrine popular among those who seek life partners and a harmonious married life.

At the back of the shrine are two huge zelkova trees symbolizing that are said to be the personification of the married couple. A stone path forming the infinity sign was built around these trees and when you walk around, the deities will bestow a spiritual blessing.

There is a ten-meter long tunnel of plates located at the northern side of the shrine. Here you can hang your prayer plaques or simply marvel at the beautiful sights created by the light that passes through. 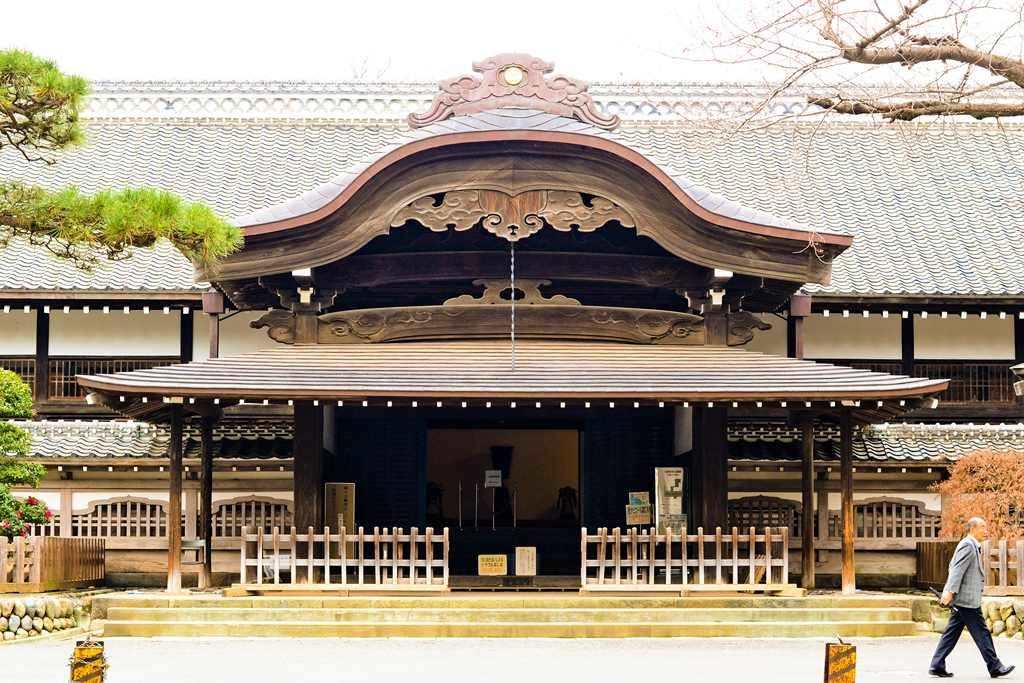 The Kawagoe Castle is one of the 100 best castles of Japan and seven best castles of the Kanto Region. Built in 1457, The Honmaru Goten, the innermost defense building, is the only remaining structures of the original Kawagoe Castle. During the takeover of Tokugawa Ieyasu, the castle housed several lords of Tokugawa Shogunate to protect the north capital. Kawagoe played an important role in the trading of goods during the Edo Period. 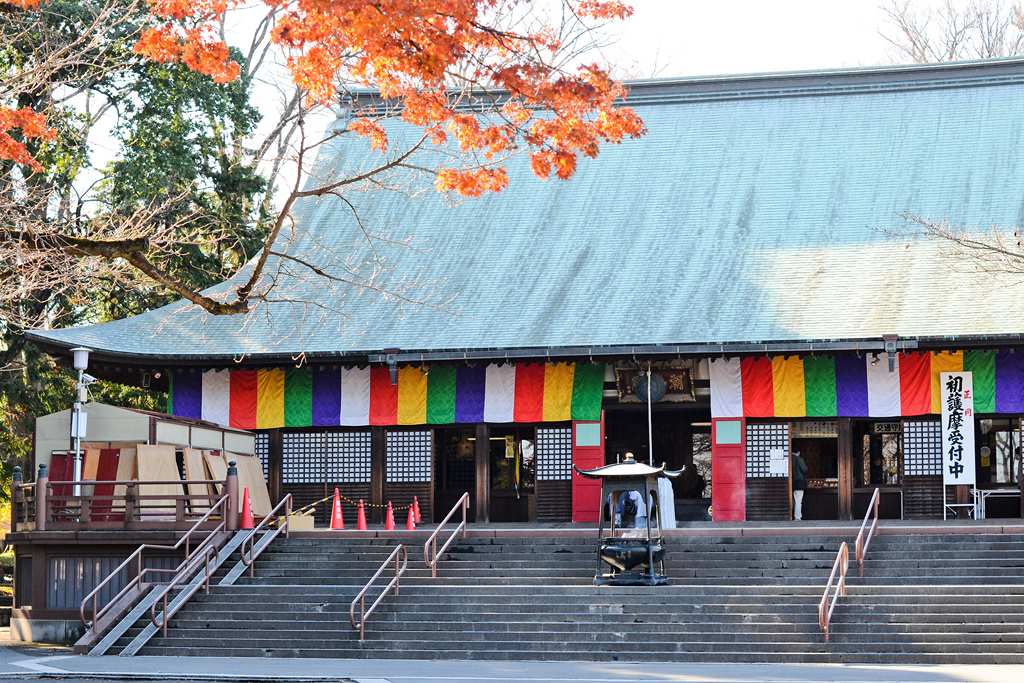 Kitain Temple is a Buddhist temple with a very long history and is noted for being part of the original Edo Castle. Aside from the many temple buildings around the Kitain Temple, another popular feature worth visiting is the 500 Rakan. It’s a collection of 540 stone statues depicting the disciples of Buddha. Interestingly, all 540 statues bear different facial expressions ranging from cheerful, mischievous, to serious. 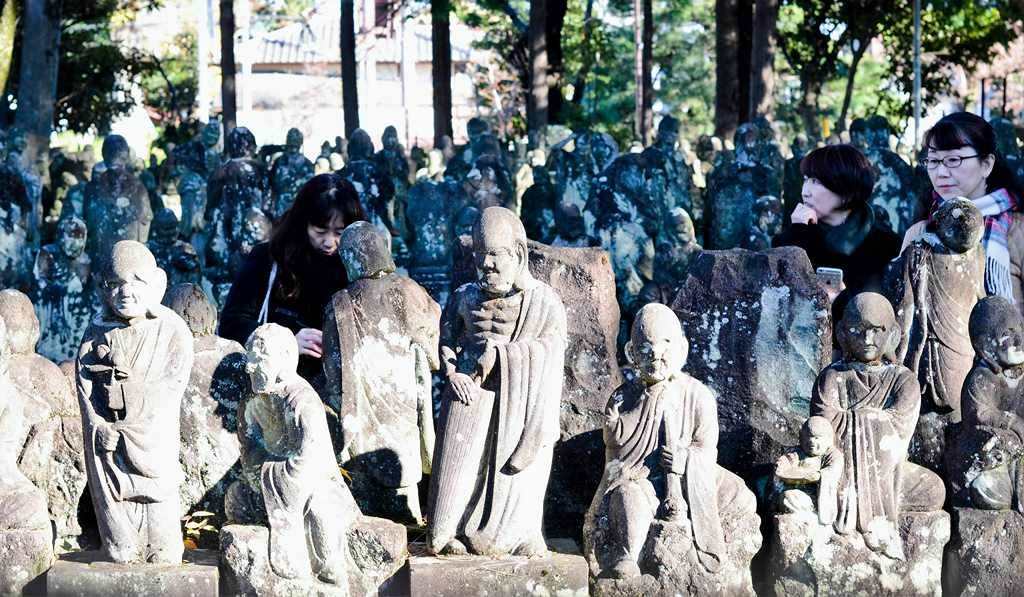 There is also a huge natural park on the southern side of the Kitain Temple. Watch the vibrant leaves changing colors in fall, or the beautiful cherry blossoms in spring.

Noel Cabacungan is a travel writer from the Philippines who is currently based in Saudi Arabia. On his first international flight, he found himself reveling in a sudden gush of nostalgia while riding a train in Japan. He’s been obsessed with the country ever since and consider Japan the personification of his childhood memories. He’s currently running #JAPAN47project, a blog post roundup of travel destinations unique to Japan’s 47 prefectures.