I didn’t have an unhappy life; just a life that didn’t make ME happy

Looking back now, It’s difficult to remember exactly how I felt on the 7th of December 2018. I suppose if you asked anyone who’s working in a soul-destroying job whilst being consumed by the overwhelming desire to travel, they could probably paint a clear, but ugly picture for you.

It’s not that I was depressed; far from it in many ways. I somewhat enjoyed my job as a hotel night porter actually. It was a full- time job. Something which is hard to find when you live in Fleetwood, one of the most deprived towns in the North-West of England. I have long-standing friendships with people I’ve known since school, as well all the home comforts that any 22-year-old guy could ask for. 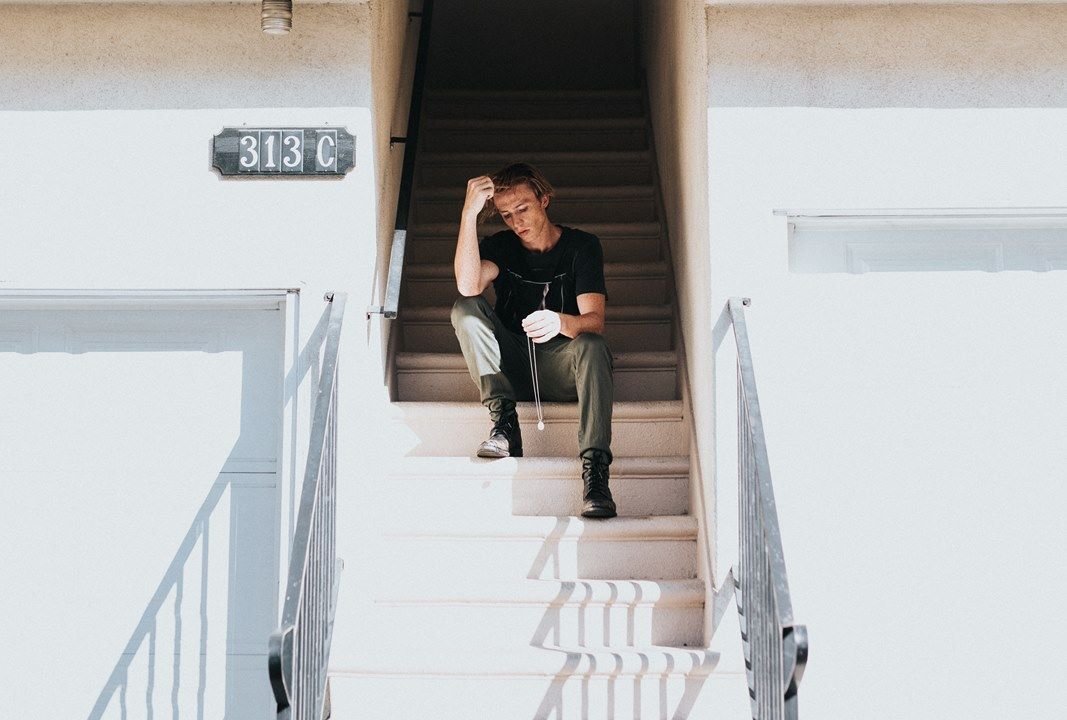 Despite living what most people would describe as a comfortable life, I knew something wasn’t quite right. If I wasn’t trying to stimulate my mind with Netflix and gaming, I was trying to dull it with alcohol. The only time I’ve ever genuinely found any true fulfillment was from traveling around Europe.

Ever since I visited Athens when I was eighteen, I became obsessed with the Greek way of life and even remember calling my mum telling her “I want to live here one day”.

Becoming sick with the travel fever 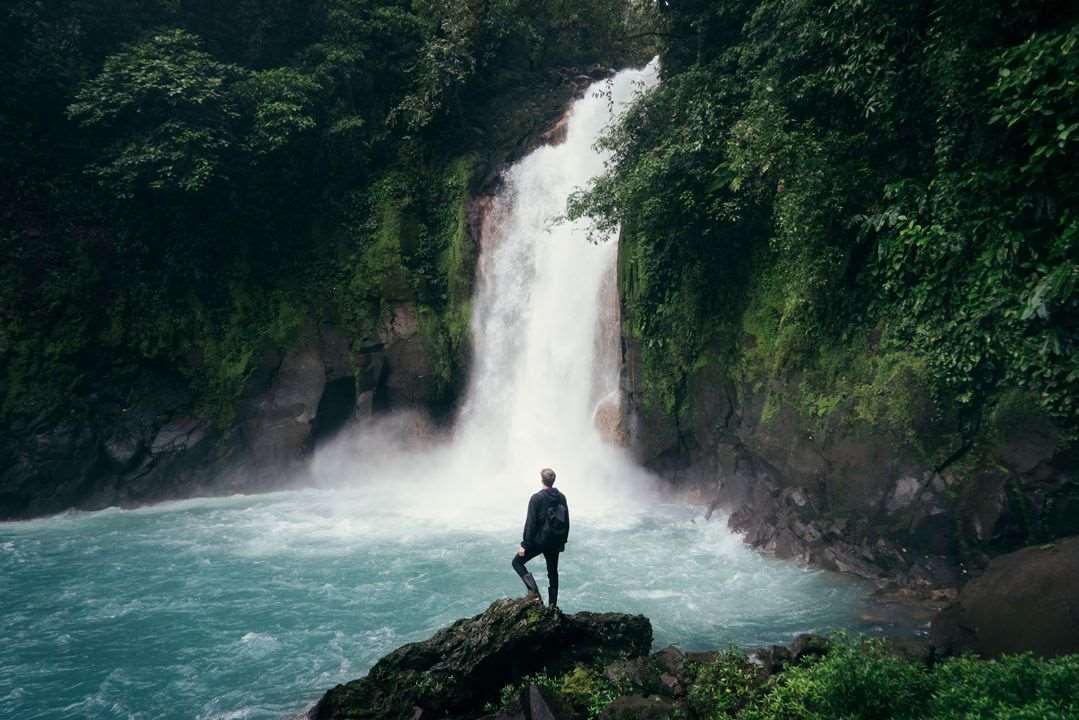 Maybe I always felt a strong pull towards Athens because this was my first experience of traveling independently, and even discovering who I was to some degree. If the need to travel can be described as a bug, then you could say I had a full-blown fever.

The symptoms were a decaying bank balance, degenerative work ethic and fleeting spells of existential anxiety. Within 12 months I had traveled to ten countries and sixteen foreign cities across Europe. It infuriates me when I read taglines such as “This is how I traveled to x amount of countries in x amount of days” when It’s clear that this modern Christopher Columbus has clearly inherited savings or is lucky enough to come from some level of privilege.

Unfortunately, I’m not this figurative Christopher Columbus I speak of. I funded my travels through working as either a housekeeper, shop assistant or bartender during my time at university.

When that wasn’t enough, I took out loans and credit cards; a careless decision that I wouldn’t recommend, but the truth is that no matter how often you use Couchsurfing, travel the cheapest way possible and sleep in hostels, sooner or later you’ll run out of money. 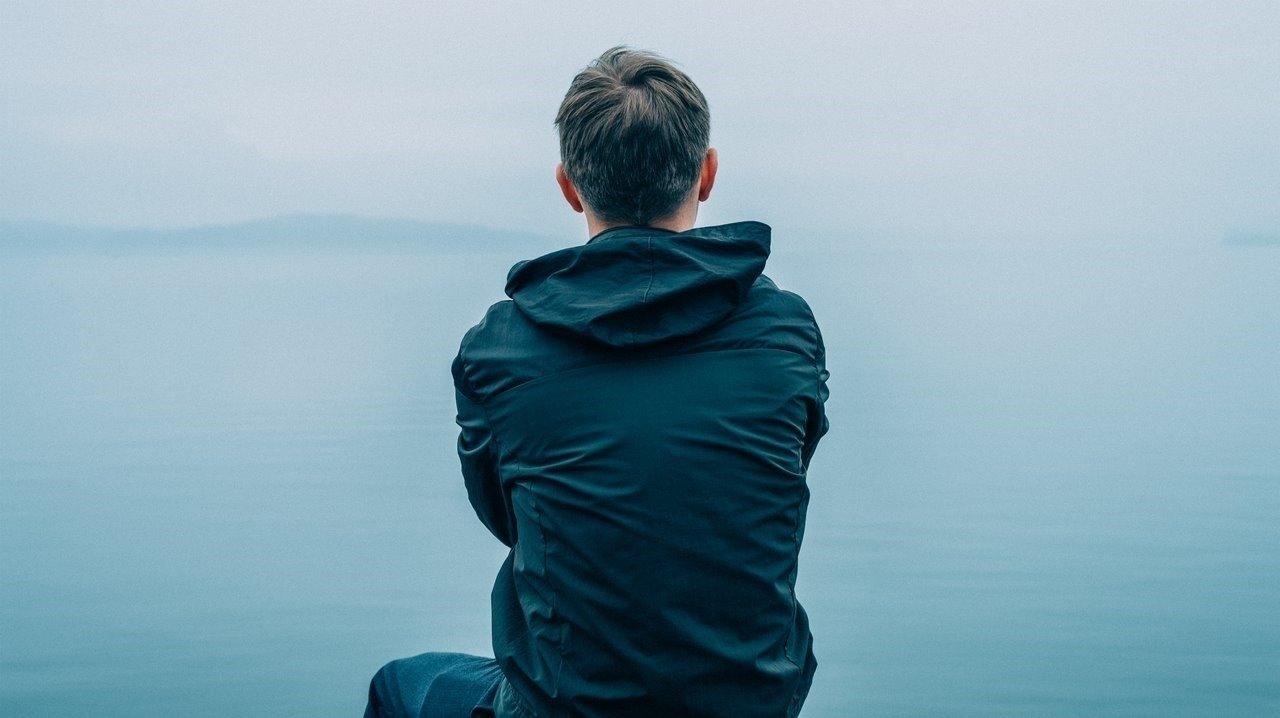 After a couple of years of traveling on and off, “normality” quickly set in and I found myself being softly suffocated by the pillow of predictability.

The deeper in love I fell with diversity and culture, the further detached I became from the isolated little fishing town that I called home. I began to live in daydreams and nostalgia, but sadly memories became more alien than the life I was living. Life didn’t feel lively. Friends didn’t appear friendly. Love didn’t feel lovely. Nothing felt real.

A few of months of my monotonous routine went by: wake up at 9 pm, grab some cereal bars to eat on my commute to work and then stay trapped inside a historic, decrepit hotel all night. The journey home would consist of what felt like lifting weights with my eyelids and then buying a few beers from my local corner shop and nodding off to travel documentaries on YouTube. I was faced with the reality that this would be my life for as long as it would take me to utilize my degree to find a career.

Even the promise of finding a well-paid career didn’t appeal to me. I eventually realized that even if I was a millionaire, but living in England I would still be unfulfilled. Everything just felt pointless.

An opportunity presented itself 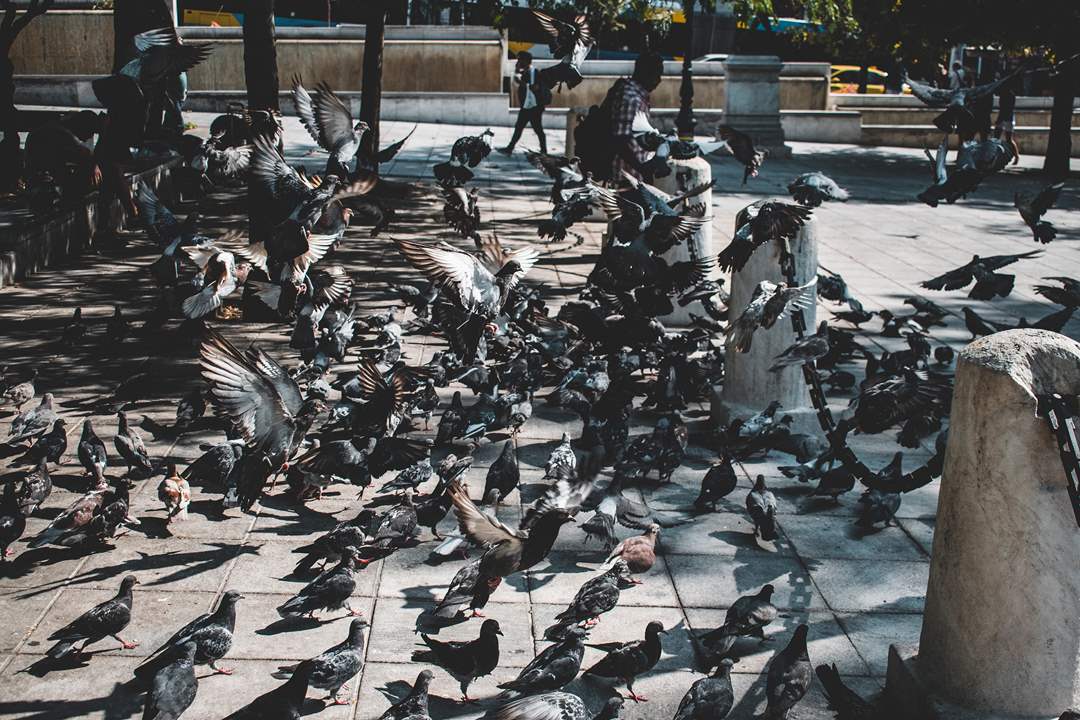 The turning point was after the first week in December.

I had just finished working eight solid nights and was due back in work at 11 pm the next day, but I couldn’t sleep. It was 2 pm and I found myself mindlessly scrolling through my social media, but something caught my attention amongst the pretentious quotes and selfies.

It was a job advert: a company called Teleperformance were hiring native English speakers for their office in Athens. At this time, the thought of working in my favorite city in the world, albeit in a call-center was enough encouragement for me to make the craziest decision of my life. 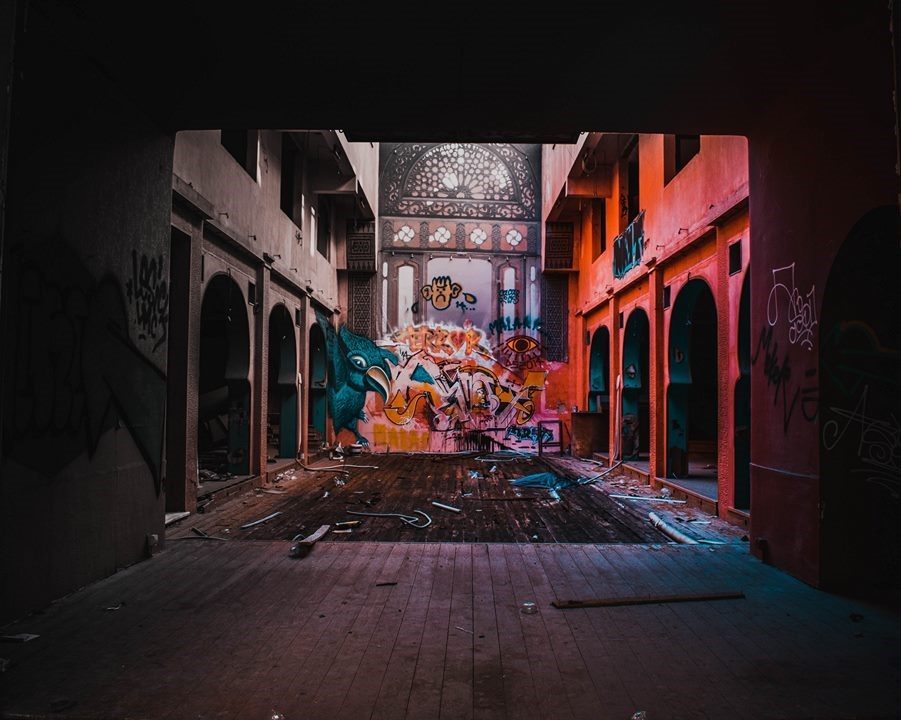 This part I’m not proud of, but in my desperation and fragile mentality, I used £500 of my mum’s money to pay for a one-way flight to Athens, and also to buy me enough time to find work there. I knew I had over a thousand pound in wages coming to me the next week so I justified it as borrowing at the time; in hindsight, it was stealing because I wasn’t certain I’d be able to pay it back.

So with my mum and brother both at work, I wrote a note explaining that I’ve left the UK to find a job abroad and nervously pulled myself to the airport that same day. 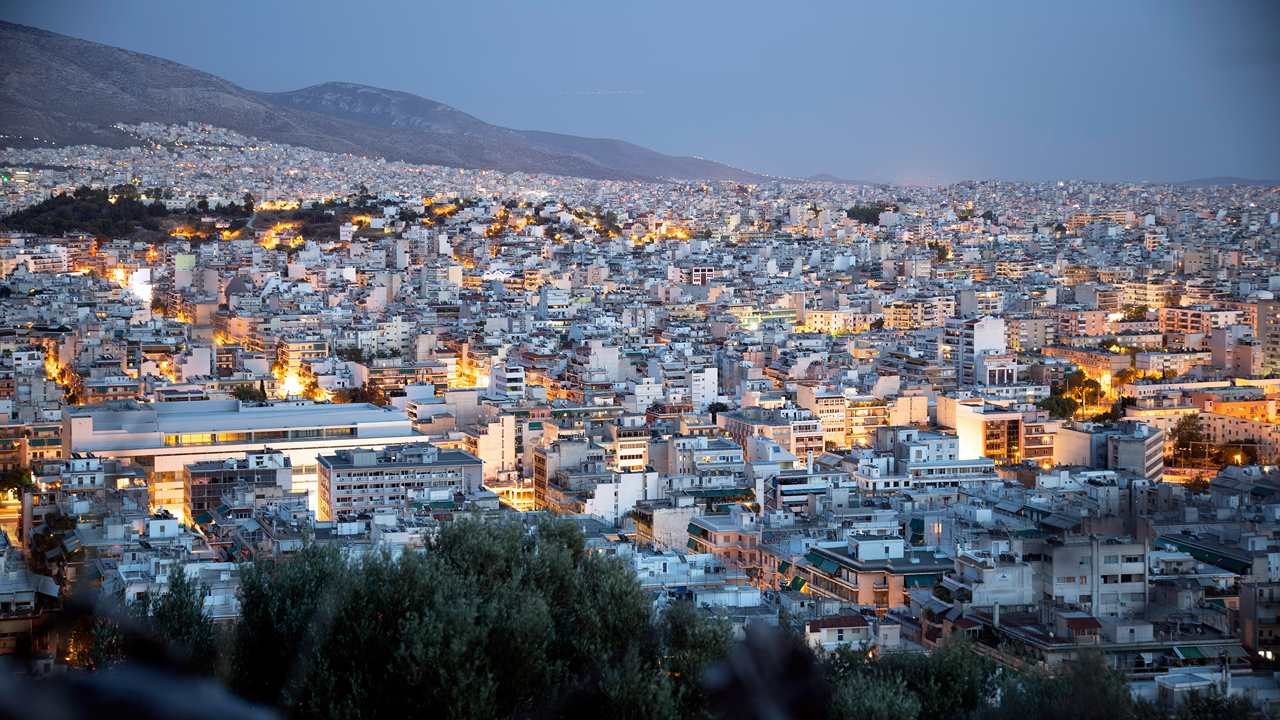 As irrational as this sounds now, at the time it felt like a risk worth taking. But regardless of my careless optimism, doubt began to creep into my mind on the flight and I was questioning whether I should just return straight home and beg my family and boss for forgiveness.

Nevertheless, upon arrival, those thoughts fled along with my nerves. As I walked out of the airport, it was as if was walking into the real world for the first time, and also into a real me.

No longer did I feel trapped by the circumstances of my dead-end town; it was a playground of opportunity and the black & white life I had been living now began to appear in color. I sat on that bus from the airport to the city center starring out into the beauty of the city, and it starred right back, reassuring me that I made the right decision. I spent the first morning ironing my suit on the floor of the cheapest hostel I could find. My roommates were Greek and understandably looked at me liked I was a halfwit, especially after I told them what my intentions were.

Undeterred, I put on my suit and walked to Monastiraki metro with the naïve hope of walking into the company and asking for an interview. Bizarrely, as I arrive at the station I get a call from a recruitment agent called Nicholas who works for Teleperformance. This was a guy who I had been in contact with for almost six months and after I sent him an email explaining my situation he offered me an interview for the next day.

I couldn’t believe this! I had been in Athens – one of the best cities in Europe for history fans – and within one day I had secured myself a job interview! That alone was enough to put tears in my eyes and have me smiling like a Cheshire cat. 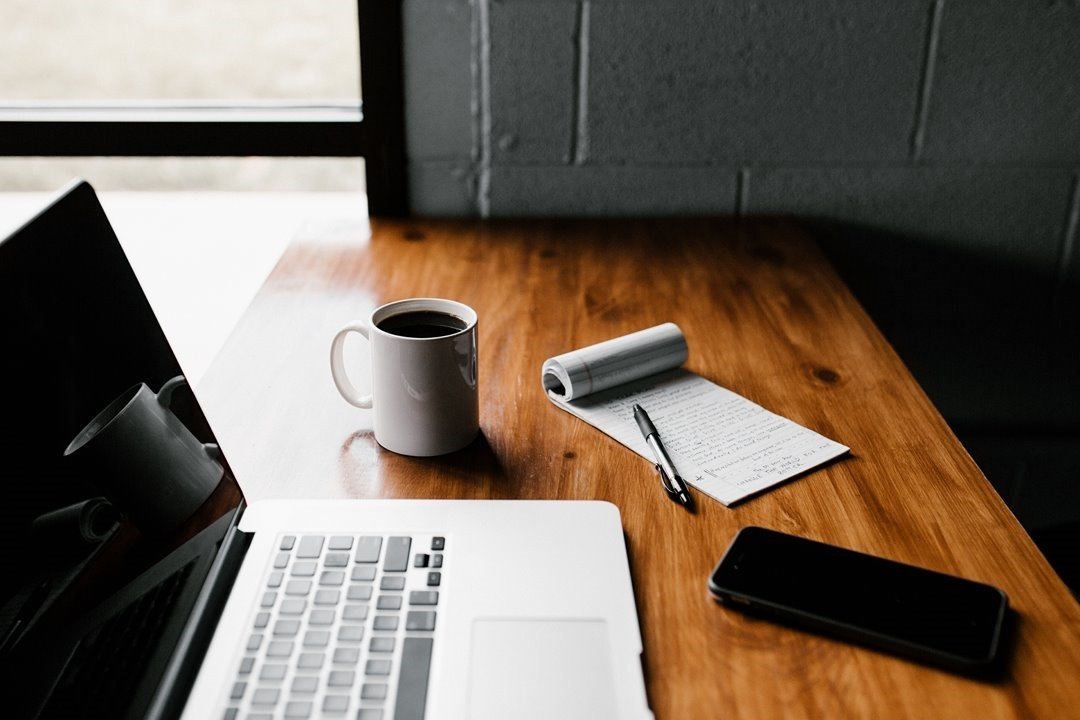 The next day, I attend an interview with a recruiter for the company, which in retrospect was no more than a relatively straightforward conversation. She asked me to take some online tests that night and then attend an interview the following day with a department manager. I was made aware that I’d also be tested in the interview the next day so I spent most of the night researching Teleperformance (the department I was interviewing for).

From the very moment I woke up that morning, I felt nothing but determination wrestling with fear.

If this last interview was to be unsuccessful then I would go home to nothing, quite literally. Despite how much I had learned in the previous 16 hours, I felt so out of my depth. I knew that the other candidates would have had the sense to apply in advance and give themselves more opportunity to prepare; whereas I was in a situation where I was eating around 500 calories a day to save money and barely sleeping.

The only advantage I felt I had was the ability to demonstrate my commitment. So, there I was sat across from the department manager in a building that looks like how I’d imagine the Google headquarters: Shimmering glass walls dividing spacious rooms with high tech computers. As someone who’d only ever worked in bars, hotels, and shops, this was a little intimidating.

After being asked to answer various technical questions and sitting a test, I was told they’d be in touch later that day.

Read more: What Is It Like To Live And Work In Dubai? 8 Tips For Expats

I got the job 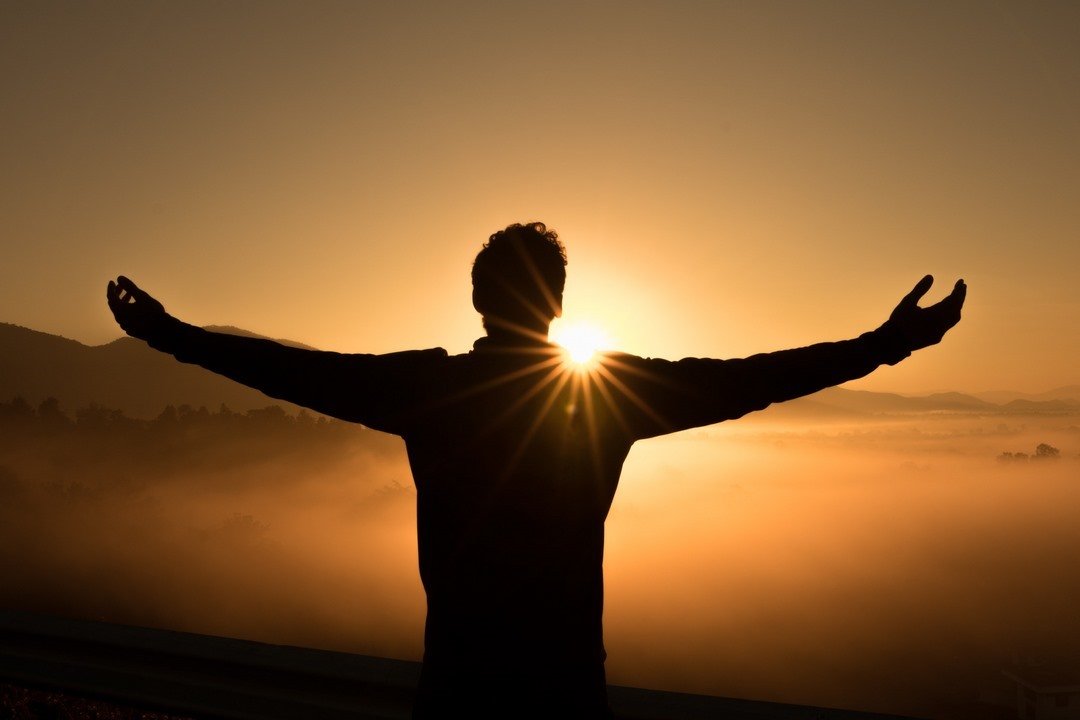 Around 4 hours later, but what felt like an eternity, I was offered a full-time permanent position living and working in Athens.

The company not only offers a comfortable wage (by Athenian standards), but they have also paid for my flights to go back on the start date in February, as well as including two weeks free accommodation as part of a relocation package.

I’m pretty sure the only reason I was able to get a job over 5000 miles away in a sector I have no experience in, was due to my ability to commit to it. Although, I have to admit that there was an element of luck. During my interview, I was asked for my phone number and when I gave him a Greek number that I acquired on my first day of being in Greece he could have thought I was crazy; he probably did.

What’s important is that I was able to prove that I wanted it more than someone who’s sitting in the comfort of their home through Skype. After spending the flight home failing to control fluttering outbursts of tears, I arrived home and was later able to pay my mum back the money that I – at the time – stole.

I’m now looking forward to relocating to my favorite city in the world and I truly couldn’t be happier. I know it won’t all be sunshine and olive trees, but now I can live my life knowing I followed my dream, regardless of the future. It’s almost a story which is too good to seem true, and when I tell it even I struggle to believe it happened.

Nevertheless, I do believe that It’s a story worth sharing! There are so many people out there living in an environment they feel no attachment to but feel trapped by their circumstances.

Obviously, not everyone is in the position to risk everything, and I wouldn’t even advise doing what I did. Just don’t ever tell me that it’s not possible. I think you’d surprise yourself, as I have if you were just to set your mind to it.

If a deranged 22-year-old with no savings can travel to one of the most job-deprived cities in Europe and find a job in three days, I have every faith in you.

Kieran Simpson is a keen solo-traveler who enjoys writing about foreign places and cultures. He’s spent the majority of his adult life at university studying criminal investigation and working in various part-time jobs as a way of funding his adventures.