Top Japan Adventure Spots You Have to Explore

Japan is at the top of so many adventurers’ bucket lists for many reasons; its uniqueness, its spectacular cuisine, its breathtaking scenery, and its wholly centralized culture which has remained more or less fundamentally unchanged for centuries since it opened its doors to the outside world in the mid-19th century. Such a unique setting has led to the creation of some truly fascinating adventures for anyone daring enough to take the plunge. The problem is the sheer number of things to explore. Where on earth do you start? Well, let’s take a look. Here’s a list of the top ten places to explore for an authentic Japan adventure. 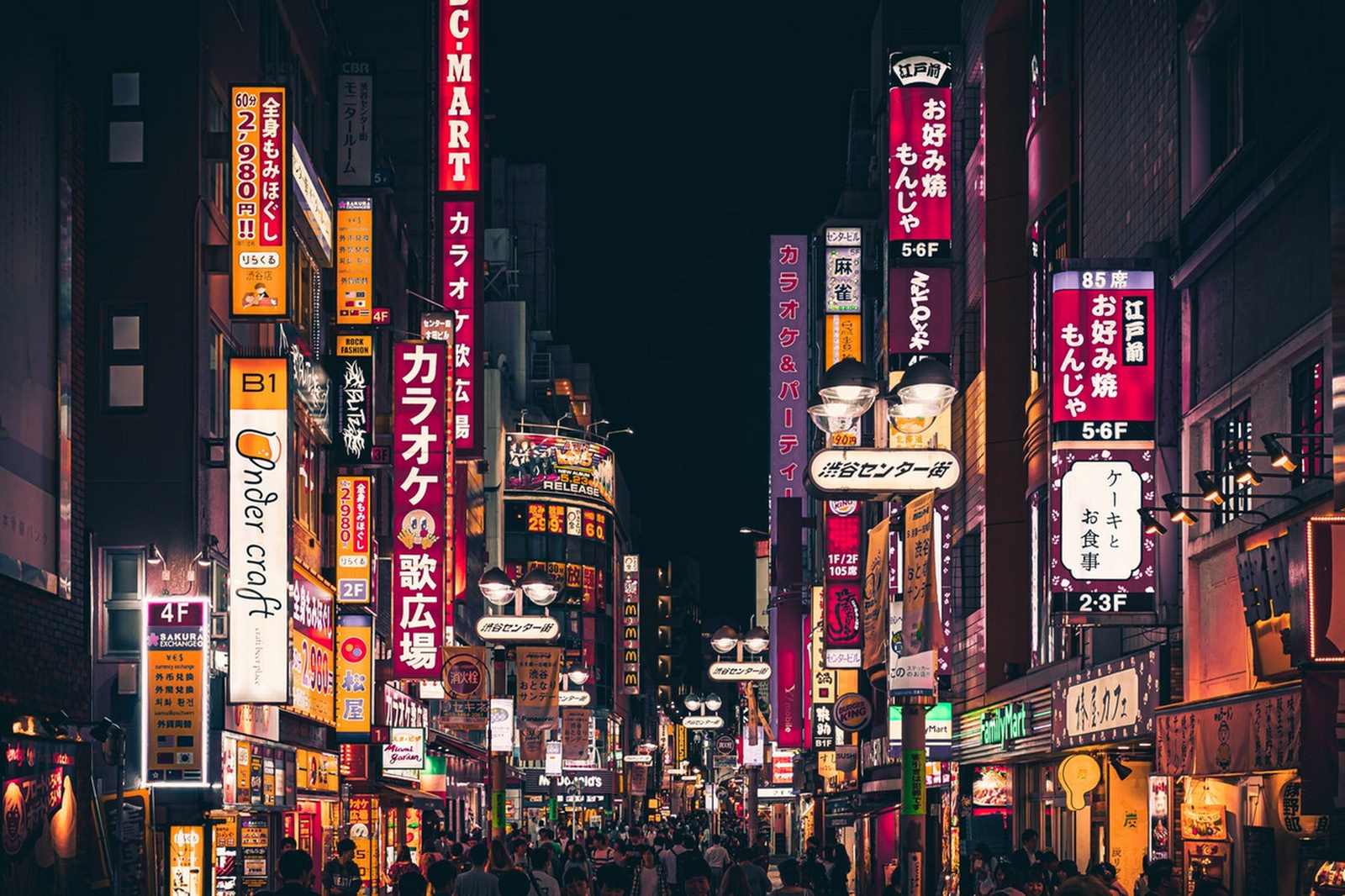 Why not start with something simple, yet obvious? It’s one of the most famous cities in the world, boasting marvelous architecture, adorable themed cafes and tons of attractions to showcase the extraordinary fascination of the people. You could visit a cat cafe (with live cats roaming around) for breakfast and tea and then wander through Akihabara for lunch in a maid cafe. And in the evening, you could ascent the breathtaking climb to the top of Tokyo Tower for a heart-stopping view of the brightly lit countryside.

Tokyo is an extremely large city with more to explore than you could ever squeeze into a typical week-long excursion. To make the most out of your visit, make sure to stay in one of the centrally located Tokyo hotels in downtown so it will be easier to get around.

If the bustling tourist center isn’t your cup of tea, then there’s always the idyllic outer reaches of the city where classic temples such as the Kaneiji Temple can be found. And if you’re a monster movie fan, Tokyo is also Godzilla’s favorite stomping grounds. (Fun fact; Godzilla is actually Gojira. The popular moniker was a gradual translation error they just ran with). 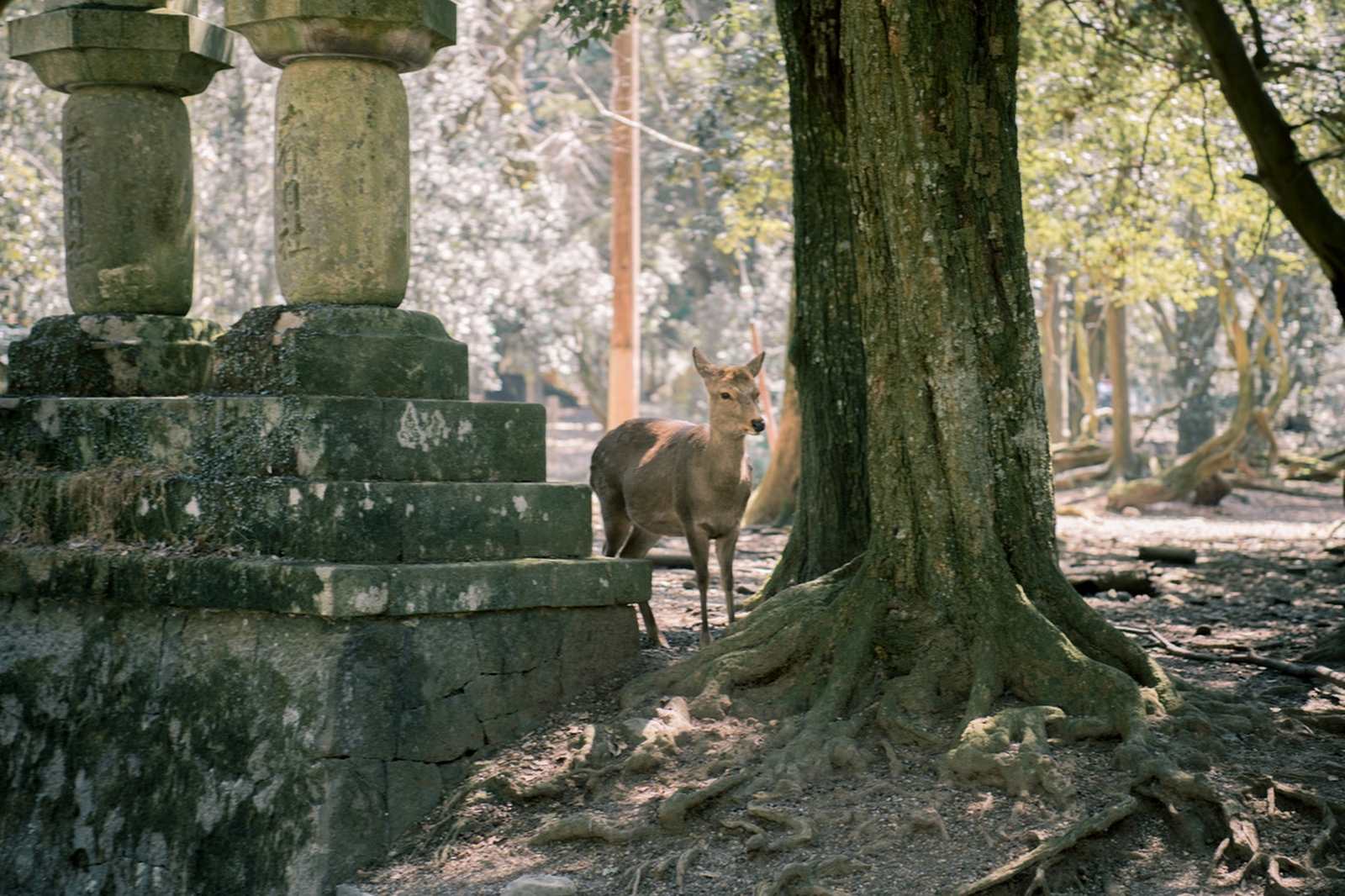 Nara is one of the cultural hubs of Japan, filled to the brim with a fascinating history. Serene ponds that attract populations of friendly deer dot the countryside, surrounded by greenery and idyllic people. A trip to Japan for relaxation should definitely be spent here. There are dozens of temples to visit, including the Todai-ji temple with an enormous statue made entirely of bronze modeled after Buddha himself. Between the shrines, nature, and the docile deer population, you aren’t going to find a much more restful place in Japan. 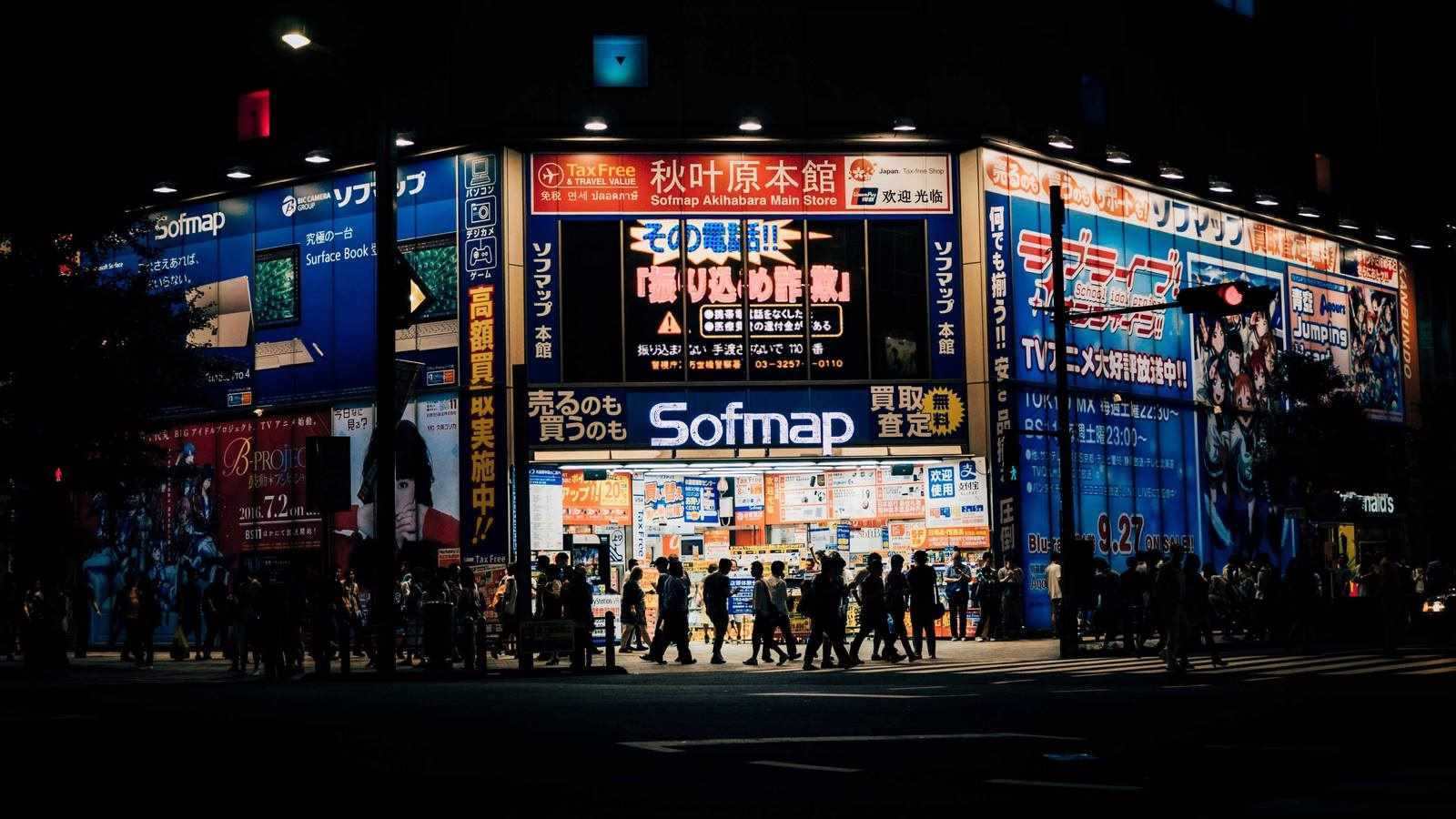 If you’re a nerd, then this place should be considered your Starship Enterprise of destinations. It’s the ultimate gathering place for nerds around the world. There isn’t much that you can’t find here, ranging from anime and manga to computers and other tech gadgets. There’s also your fair share of themed cafes designed to cater to the wildest nerdy fantasies, complete with delicious treats to enjoy.

Now, of course, a few stores probably won’t be the kind of place you’d want to take your children or grandmother to, so make sure to pay close attention to what sort of stores you might be thinking of checking out. 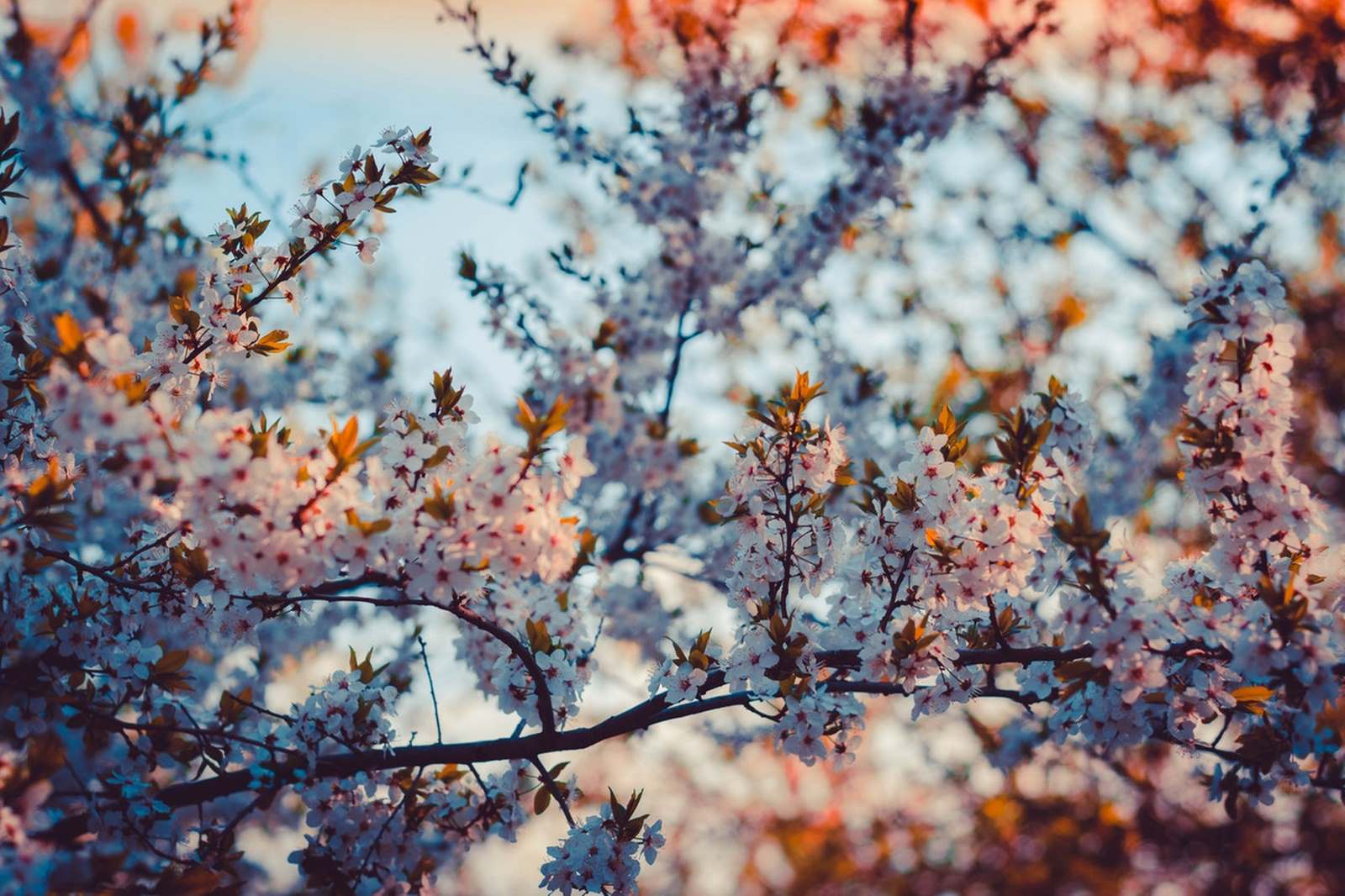 Everyone has heard of the famous cherry blossoms of Japan and how they flutter and fall for a short period just once a year. Well, if you missed the main cherry blossom season in April, you can still catch some colorful Shibazakura moss in majestic hues of reds, pinks, whites, and even violets by visiting Hitsujiyama Park. Don’t forget to rent a Japan tourist pocket wifi, so you can immediately share your colorful pictures on Instagram or Facebook!

With the honorable Mt. Buko situated silently and powerfully in the background, the whole setting looks like a scene right out of a fantasy novel. Make sure to go between late April and early May to catch the Chichibu Shibazakura festival. 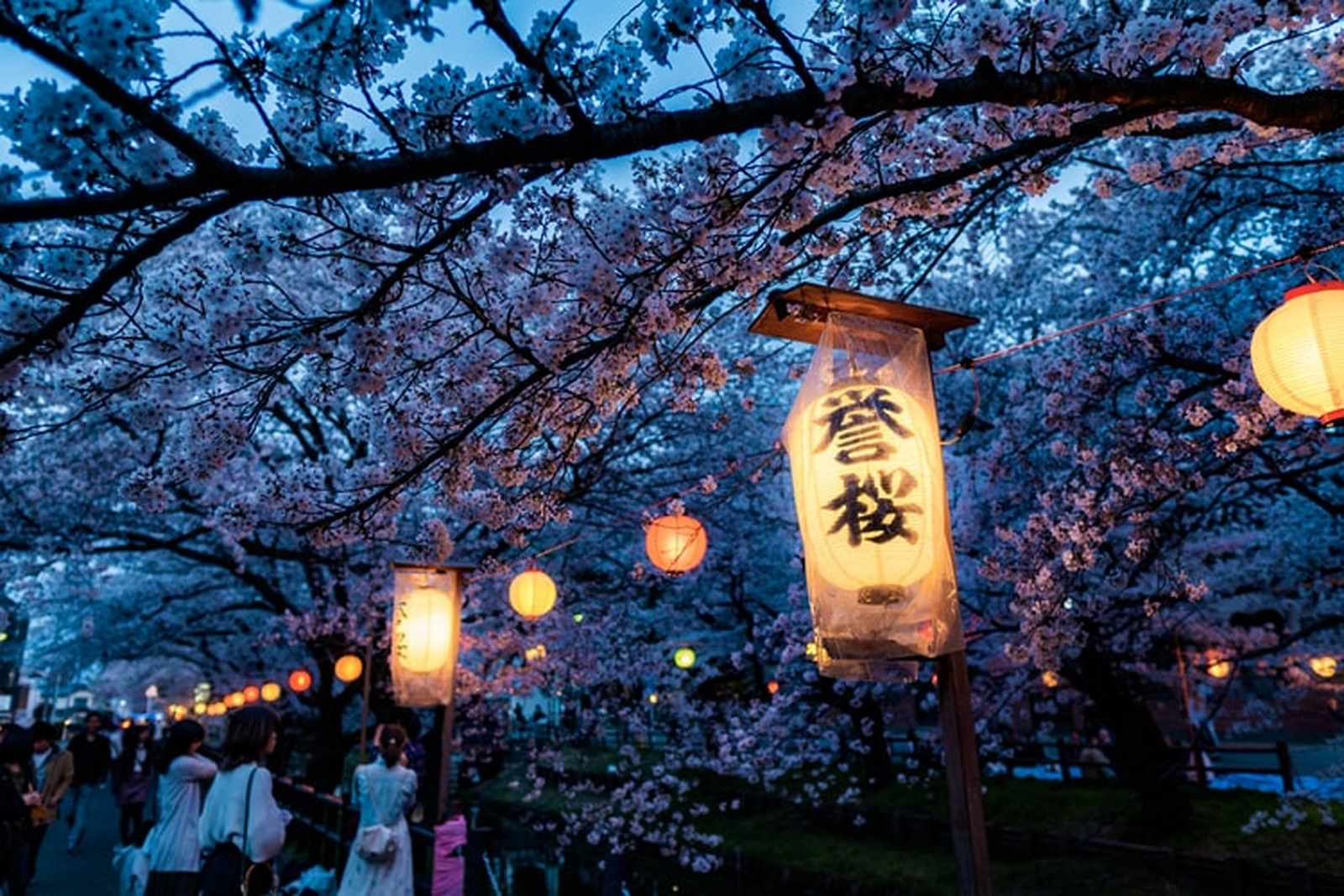 They call it “Little Edo”, and this is for a good reason. This tiny, barely known hub just thirty to forty-five minutes northwest of Tokyo is the equivalent to stepping backward in time. It’s a day-trip of enormous proportions as you witness buildings nearly as old as the time period itself. It’s also home to the single remaining piece of the great Edo Castle, which was destroyed in a fire.

The Kita-in temple was carried piece by piece all the way from central Tokyo and entirely reconstructed at its current location, making it a tremendous piece of history for any Japanese history buffs wanting to learn as much as they can about this mysterious country. Definitely a must for any hard-core tourist. 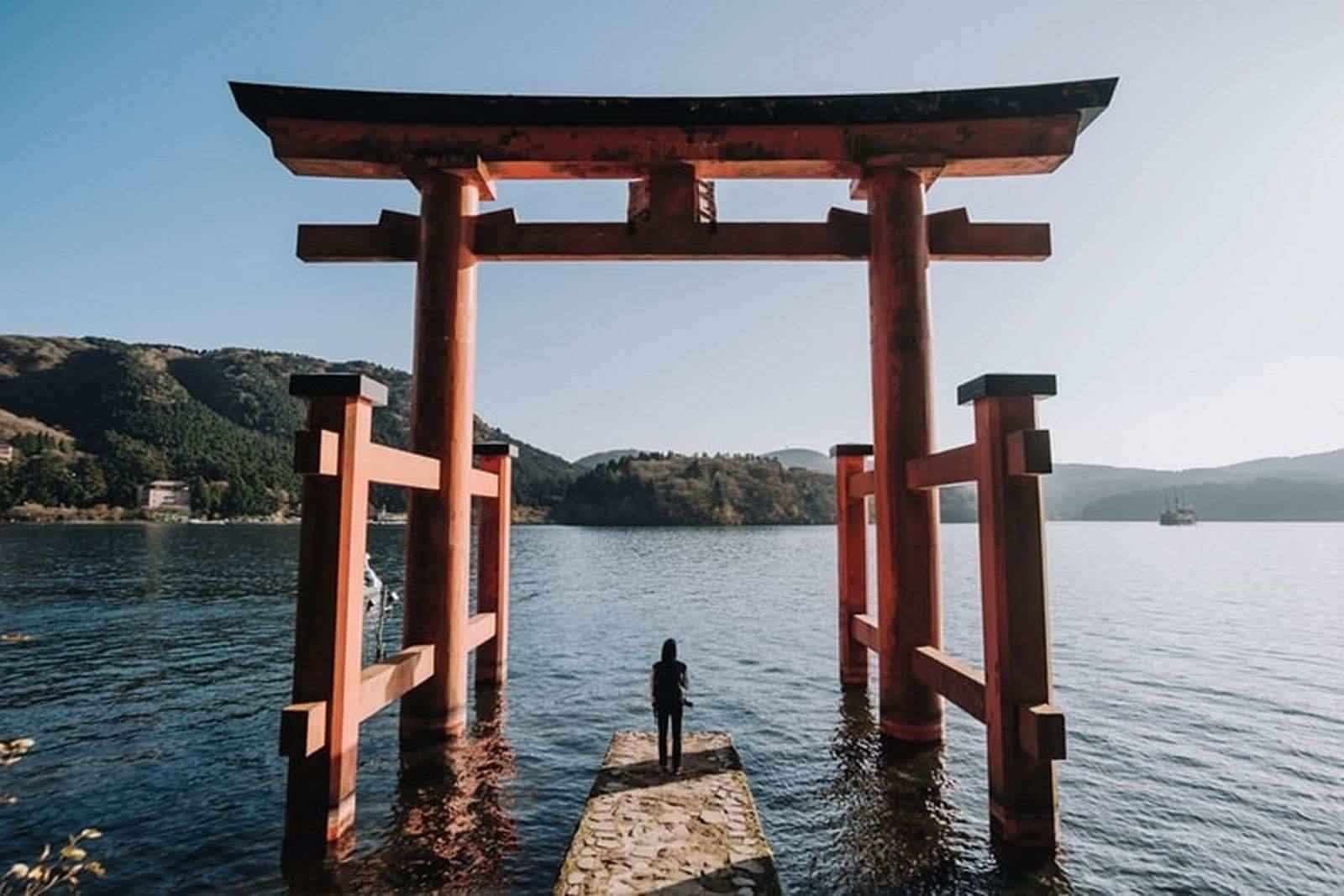 Time to visit Japan’s more “active” countryside. Located on the Ring of Fire, Japan actually has a few active volcanoes in its repertoire of tourist activities, which are the rich source of their famous hot springs. Hakone has several such springs to offer weary travelers venturing into its depths either briefly or overnight.

Its enormous Lake Ashi boasts a pirate ship for breathless crossing and cable cars to take in the dizzying heights and views from high up in the sky. The Fuji-Hakone-Izu National Park is where you’ll spend your evening soaking your aches and cares away in the hot spring and enjoying the silence of the serene forest around you, possibly even forgetting the volcano right next door. Speaking of which. 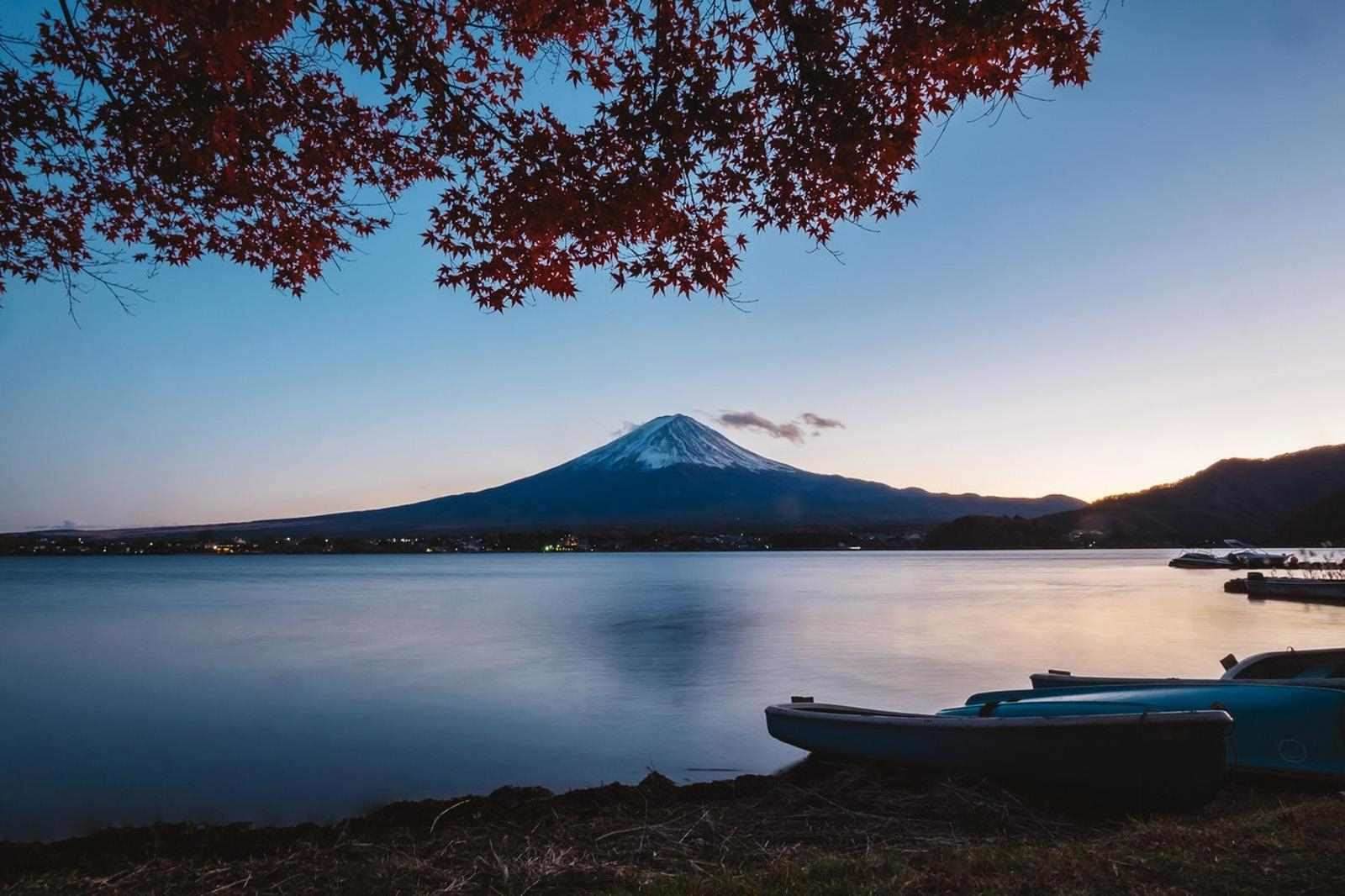 You can’t very well mention a popular park and surrounding hot springs without mentioning the creator and benefactor of those hot springs. The famous (or infamous) Mt. Fuji is Japan’s largest active volcano, which hosts dozens of challenges every year during the climbing season in July before rough weather starts past September. Since it’s an active volcano, the spring water affected by heat underground becomes the famous hot springs you find in Hakone next door.

Of course, the mountain is very unforgiving to anyone too weak to accept its challenge, and Mt. Fuji will punish anyone who didn’t prepare properly before trying to take it on. Take heart, dear travelers. The mountain demands respect. And an airlifted rescue off of it is just embarrassing. 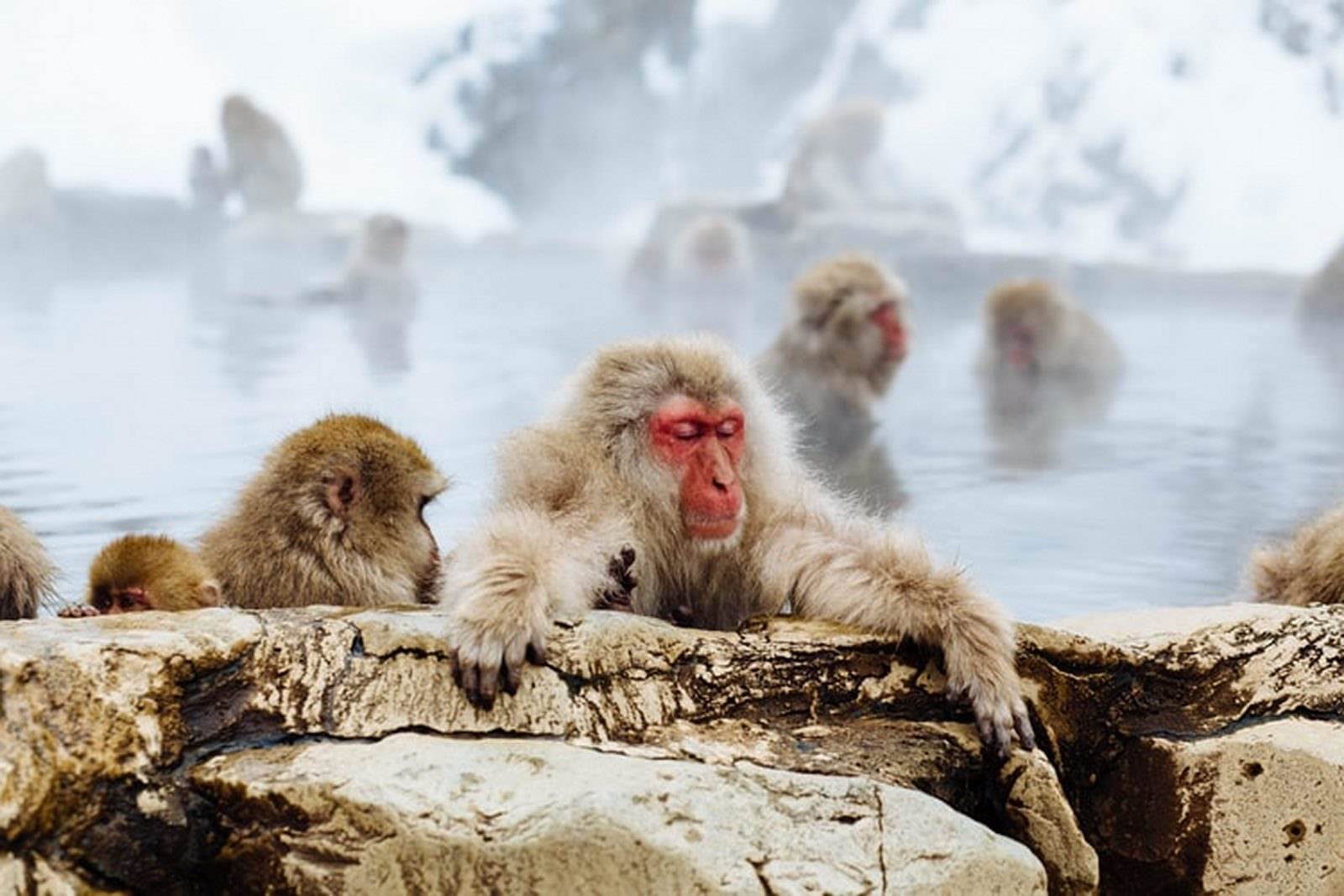 Did you ever see the movie Kubo and The Two Strings? One of the main characters is what’s known as a snow monkey. These are a famous breed of macaque found in the snowy Nagano prefecture of Japan who is known to soak and play in the hot springs right alongside the tourists. Even in the icy cold winter snow that covers their fur, they’ll still be found enjoying the water.

It’s only a short hike to the springs to bathe and watch the monkeys’ antics and it’s well worth it. They’re very used to people so some might even enjoy their soak just feet away from you. Once you’re finished soaking, you can relax and explore the nearby town of Yamanouchi and even rent a room in the local Jinpyokaku ryokan. 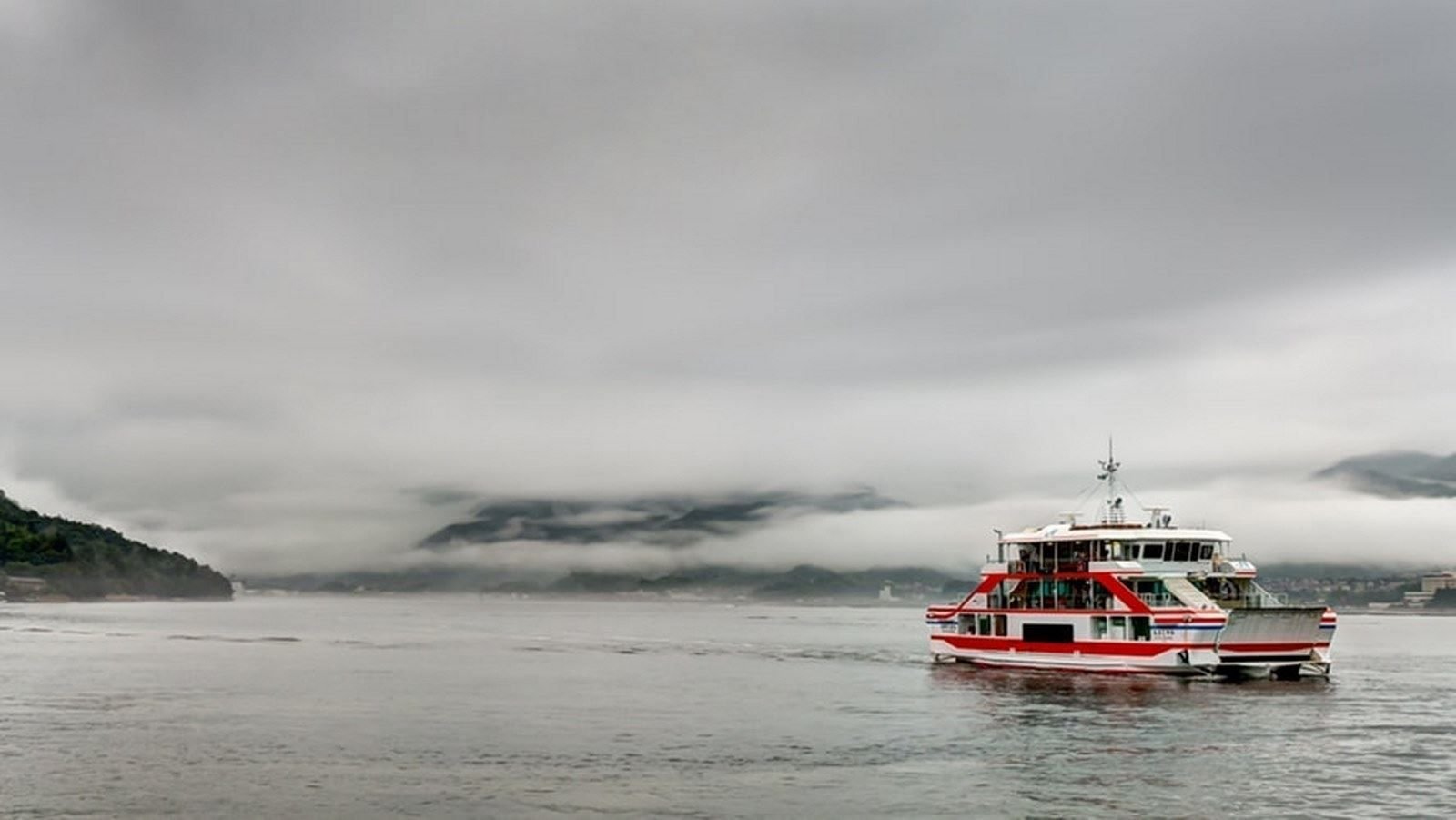 This is a special place for multiple reasons. Firstly, it’s a World Heritage site, of which Japan has several and it’s only accessible by boat. The views of the island as you approach by ferry are breathtaking. You’ll find serene forest and mountains surrounded by clear water as you approach ‘the island of the gods’ and if you’re paying attention, you’ll catch sight of something special. That’s the Itsukushima Shrine’s torii gate, which looks to be floating on the water at high tide.

And if you decide to approach it at low tide, watch out. The white-tailed deer in the area are a bit too used to people and they will attempt to steal your belongings. You’re also guaranteed at least one photobomb with a deer during your stay there.

1. Kyoto – Something to Interest Everyone 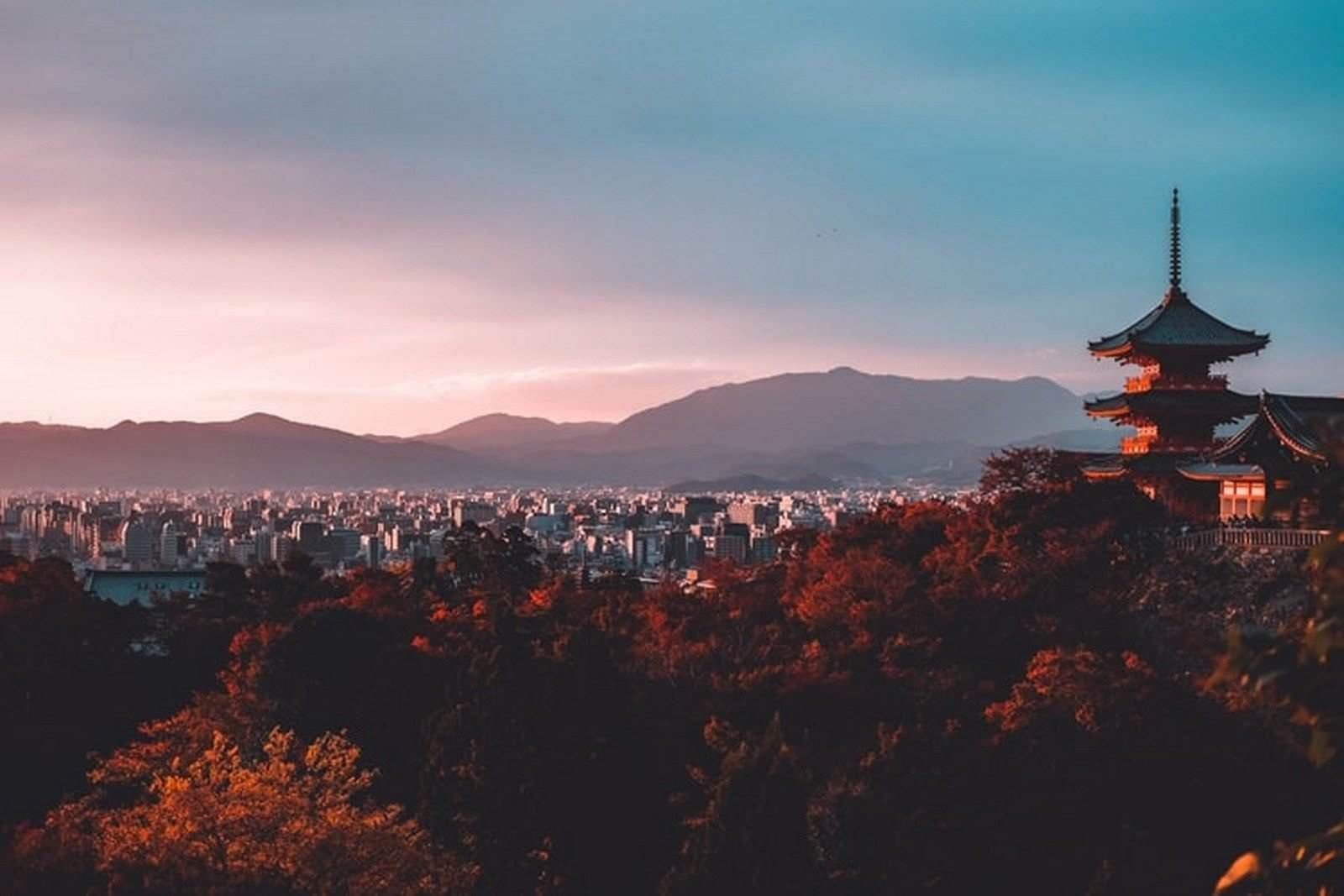 Kyoto. Just Kyoto. Looking at so many different options of places to visit in Japan, you’ll notice that a good chunk of them are all located in Kyoto. So the obvious choice for number one is Kyoto itself. Between the Arashiyama Bamboo Grove, the Gio-Ji Temple and moss gardens, and the Fushimi Inari Shrine, it’s a pure smorgasbord. A trip to Kyoto will fill up your entire itinerary.

Home to some of the most culturally relevant destinations in all of Japan, as well as one of the oldest cities, the chances are enormous that you’ll find something to interest everyone in your group. Having traditional tea in a classic tea house, or visiting one of the many lakes and shrines, you’re sure to find something purely magical that you won’t find just anywhere else.

Japan is a truly magical place quite unlike anything else the world over. There’s too much to cover in a single article and it would take the average tourist at least half a lifetime of visits to cover absolutely everything it has to offer. Opening itself up to the world in the 19th century was genuinely a sincere and marvelous gift upon the world, and it’s truly a gift that we’ll likely never grow tired of, no matter how many times we open it.