5 Cool Israel Landscapes You Should Put On Your List Now

Most visitors to Israel come to see the Holy Land. After all, this is the land of the Bible and you should have no problem creating an itinerary that will keep you busy for weeks on end following the Biblical stories.

Even if you’re not coming on a religious pilgrimage, there are still tons of archeological sites to visit. These sites represent the variety of cultures that inhabited the area over millennia. From 9,000-year-old Megido to “younger” fortresses dating back to the crusades, there are literally dozens of well-excavated visitor attractions across the country.

As a local, allow me to suggest another reason for visiting Israel: Its natural attractions and overall stunning Israel landscapes.

Don’t make your visit solely about ancient history. Israel is a beautiful country with unique geographical features, flora, and fauna. Don’t miss out on these while you’re visiting the country and make sure you include at least a few in your travel itinerary.

Why does Israel have such unique geographical features?

If you look at the map, you’ll see that Israel is located on the bridge between Africa and Asia. In fact, the country lies on top of a major faultline: The Syrian-African rift, also known as The Great Valley Rift. The entire Jordan Valley is traced along that rift – and that includes the Jordan River, the Sea of Galilee, and the Dead Sea.

As for the flora and fauna, they’re extremely varied for the same reason. Being a land bridge between Africa and Asia means the areas are home to species from both continents. In many cases, this is the southernmost range for Asian/European species and also the northernmost range for African species. Up until a century ago, the Land of Milk and Honey was home to large animals including bears and crocodiles! Which tells you something about the variety of local wildlife here.

While we no longer have bears or crocodiles, and probably not even leopards (the jury is still out on that point), there are many other animals you can see in the wild. In fact, Israel does a very good job in protecting local wildlife and even reintroducing species back to the wild. 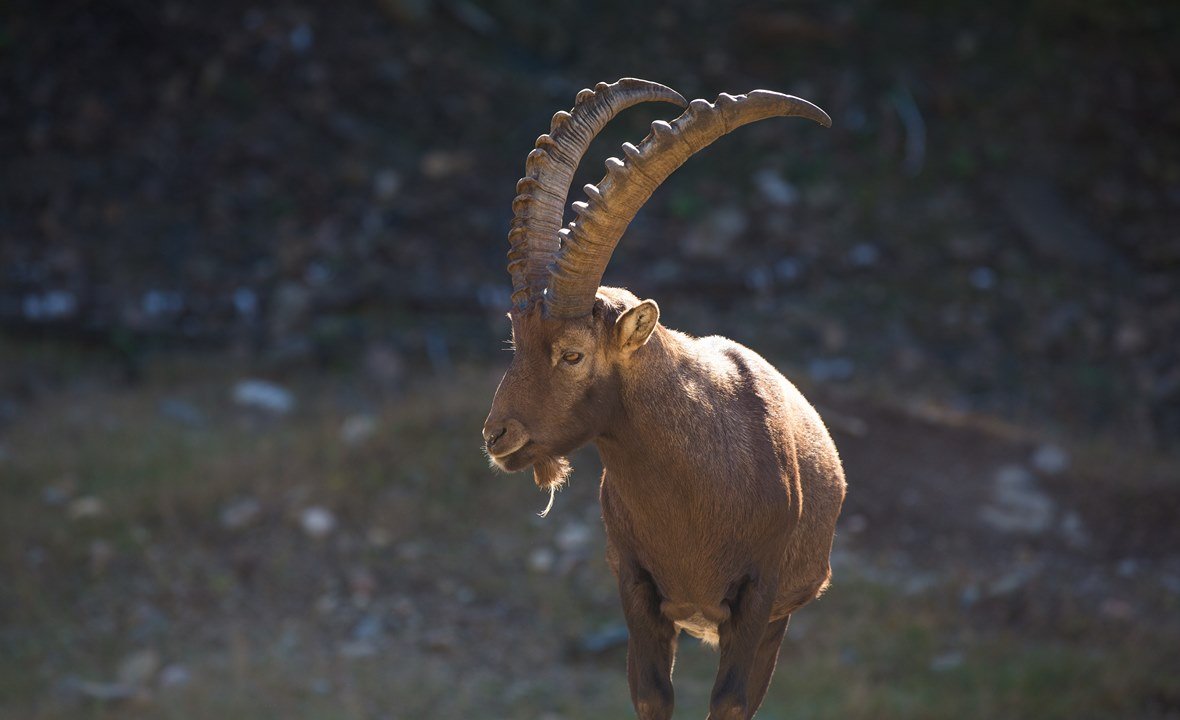 Local predators include wolves, jackals, hyenas, wild cats, and caracals. Herbivores include wild boar, deer, gazelles, wild asses, oryxes, ibexes, and small hyraxes. Whales, dolphins, and sharks can sometimes be seen in both the Mediterranean and the Red Sea, and two species of sea turtles lay their eggs on the shores of Israel.

With so much to see around you, where should you begin?

Here’s a quick overview of five spectacular natural attractions that are unique to Israel and well-worth incorporating into your itinerary. If you follow the coastline of Israel, you’ll find Rosh Hanikra at the very northern tip. The name is in Hebrew and it literally means – The Top of The Grotto.

This is where the waves of the Mediterranean meet the chalky white cliffs, constantly digging into them and creating majestic tunnels and sea caves (grottos). This is a National Park so you have very good trails that take you inside the grottos

The scenery both outside and inside the caves is spectacular. The contrast between the sapphire blue sea and the white rock will take your breath away as you walk the path outside the caves. Once inside, it’s all about the light playing off on the waves as they hit the rock.

This is the border between Israel and Lebanon, so the place has some history too. Take your time and watch the movie in the visitor center. It will teach you more about the unique geography as well as the history of this very special place.

Keep an eye out for wildlife. You should be able to see hyraxes on the patches of grass as you ride the cable cars to the grottos. If you’re lucky, you may be able to see marine creatures too. We saw a sea turtle in the water once and a while ago a seal was spotted from this point too. 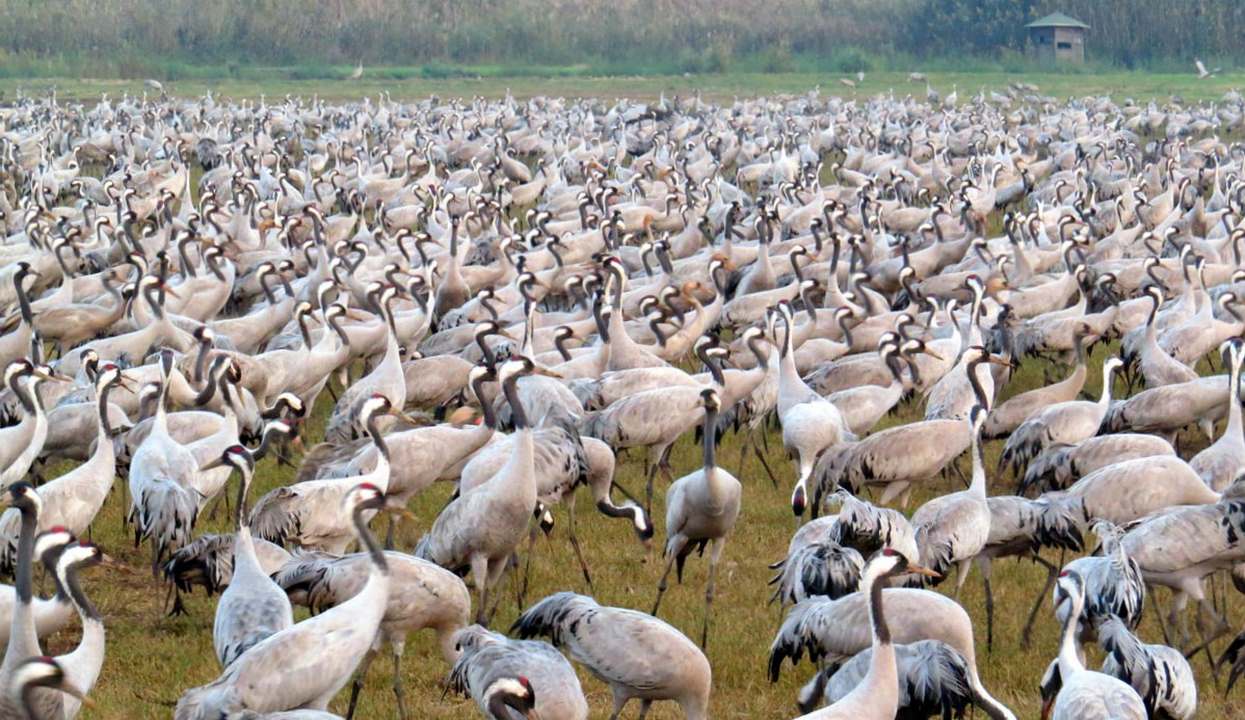 The tectonic forces that shaped this region also created a very special lake in the northern part of the country. Dense and rich with vegetation, the Hula Valley lake has always been a magnet for local wildlife – as well as migrating birds.

Back in the early days of the State of Israel, the lake almost dried up entirely due to infrastructure projects in the area. Fortunately, wildlife enthusiasts fought to preserve at least part of the area and turned it into the country’s first nature reserve.

As you visit the Hula Valley reserve, you’ll be walking on an elevated deck, right on top of the surface of the lake. You get to see the wildlife up close that way, including the swarms of huge catfish in the water and hundreds of lake turtles sunning themselves on the rocks. You’re also likely to come across the small herd of water buffalo that is protected within the reserve. And if you’re very lucky, you may catch a glimpse of one of the predators that live here: The swamp cat or the mongoose.

If you come during the bird migration season though, you’ll really get to enjoy the Hula in all its glory. In Spring and Fall, this place provides migrating birds with a resting spot that’s rich in food. If you’re a bird-watching enthusiast, you simply must visit here during the season. And even if you’re not, if you happen to be in Israel during fall or spring, come in and take the “Crane Tour”. A huge tractor will take you right into the midst of thousands of migrating cranes. Pretty awesome! Less than an hour’s drive from Jerusalem, you can visit one of the most unique places on the face of the planet: The Dead Sea.

Created eons ago by that Syrian-African rift, this is, in fact, the lowest point on earth. If you’re looking for wildlife, you won’t find it in the water. As the name suggests, this is an entirely barren sea. Well, at least as far as the naked eye is concerned. In recent years, researchers discovered that some hardy bacteria actually thrive in the deeper water of the Dead Sea!

There is plenty of wildlife viewing opportunities in the nearby nature reserves of Ein Gedi and Einot Tzukim. These places are literally on the shores of the Dead Sea. They provide animals with an oasis of fresh spring water, so you can see both hyraxes and ibexes there.

Or you could just visit the Dead Sea to experience the famous effortless float in the super-salty water. Just be careful – whatever you do, don’t get your face in the water! 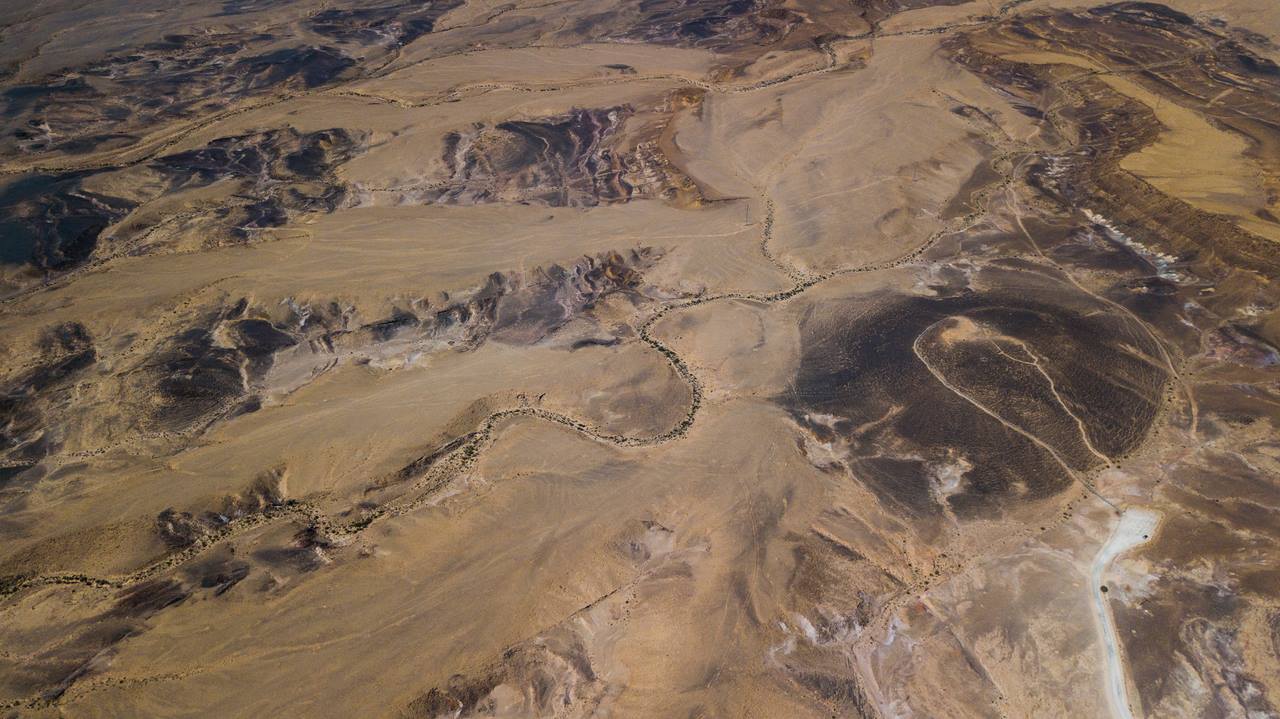 Further down the south of Israel, in the middle of the Negev Desert, there’s a land feature like no other. It’s a huge crater that was created neither by a volcano nor by a meteor strike. Makhtesh is the name of this natural phenomenon that exists only in the Negev Desert in Israel.

This crater-like two smaller ones to the northeast of Makhtesh Ramon – was formed solely by the natural forces of erosion. The water and wind-carved an immense hole in the middle of the desert and the result is nothing short of gorgeous.

Next, take the great scenic drive down into the heart of Makhtesh and spend a few hours exploring the area. Don’t miss the piles of colorful sandstone and the Wall of the Ammonites where you can see dozens of fossilized prehistoric sea creatures in the middle of the desert.

Keep an eye out for ibexes. You will almost certainly see some near the Visitor’s Center. They’re used to people so they get close to cars but please don’t try to touch them and don’t feed them – for their own good. 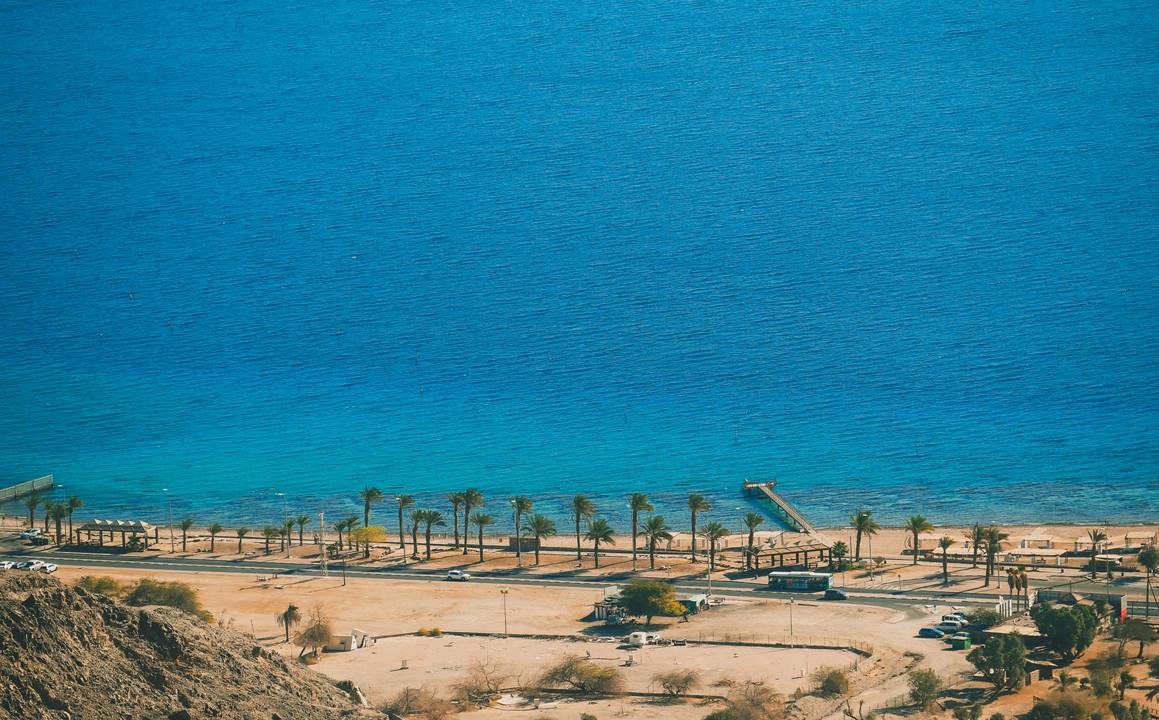 If you’re into scuba diving (or even snorkeling), make sure you get all the way south to Eilat. Warm and sunny all year long, this is the only place in Israel where you can swim in the Red Sea.

Most of the coastline in Eilat is, in fact, an underwater nature reserve. Several operators along the beach rent out snorkeling and diving equipment and you can even take an entire diving course there. Whatever you choose, you’ll be rewarded with direct access to the world of shapes and colors that is the coral reef.

And if you prefer to stay dry, that’s ok. You have two options to view the corals, fish, and other sea creatures – without a swimming or diving suit. You can either take a ride in one of several glass-bottom boats, or you can visit the Underwater Observatory. Just walk down a single flight of stairs and you’ll find yourself under the water, looking out through windows to view the reef in all its glory.

If you come for a longer stay, why not hike a few of the nature reserves? February-May is the best time of year for hiking in Galilee where there are several streams and gorges just waiting to be explored. Wintertime is great for desert hiking – with some great trails both in the Negev Desert and the Dead Sea area too.

Please keep safety in mind. Avoid hiking in the desert on hot days. Take plenty of drinking water, wear a hat, and use sunscreen. If you’re hiking in the Dead Sea area in winter or spring, check for flash flood warnings ahead of time. Your best bet is to stick to visiting and hiking in nature reserves and national parks. There will be rangers on hand to help you with information and safety tips.

Enjoy Israel for everything it has to offer – history and archeology as well as awesome scenery and varied wildlife!

Anne Moss travels with her family around the world and in her homeland of Israel too. She writes about various destinations in her blog at TripMemos.