Finding international culture in London seems to be an easy task.

For centuries London has opened its arms to people from countries across the world and as such, it is well known for being a hub of different cultures and nationalities. You can see this in the cuisine which can be found in various parts of the city, the architecture and the faces of the people passing you by.

But what if you wanted to explore these different cultures in more detail?

Or you wanted to see, for yourself, the physical evidence of cultures which have made their impression on London? 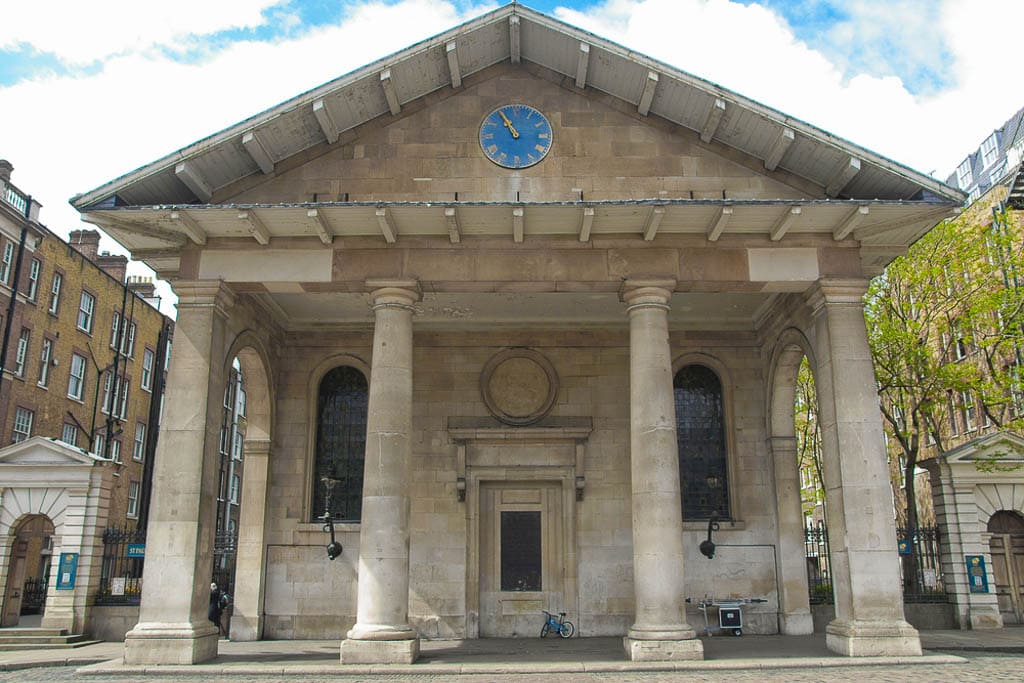 Here are just some suggestions of places you might want to go :

Once you know where to look there is no missing this white building with its blue dome adorned with gold which definitely would not look out of place in St Petersburg but is, instead, at home in Chiswick.  Located on Harvard Road, the Cathedral of the Dormition of the Mother of God and the Royal Martyrs holds a regular schedule of services, mostly in Church Slavonic but the Sunday Liturgy is also translated into English.

The interior of the Church is every bit as impressive as the exterior with ornate carvings, wood detailing, and religious iconography. Certainly, an unusual one to add to your itinerary but awe-inspiring nonetheless.

You might be forgiven for thinking that the Finnish Church was just a nickname, given that it also opens its doors throughout the week for people to use the communal sauna but you would be quite wrong.  As well as offering a traditional Finnish sauna (different from the Latvian sauna) from Tuesday to Sunday, the Finnish Church is exactly that, a religious, cultural, and social meeting place for Finnish people living in London, either permanently or temporarily.

The Sauna costs £6 for use and you can use it during the communal hours or it is also available for private bookings as well if you aren’t 100% comfortable with stripping off in front of total strangers.  Located in Rotherhithe, it isn’t too difficult to reach if you are staying somewhere central.

Whether you are curious about Japanese culture or you have need of a particular item which originates from the Far East, the Japan Centre is a real eye-opener in terms of Asian culture and has proven so popular that there are now three stores dotted around the city.  There is the Japan Centre Food Hall and Book Shop on Shaftesbury Avenue, the Umai Store at Westfield Stratford, and the Online shop’s base at the Victoria Industrial Estate.

You shouldn’t find reaching one of these centers to prove too tricky. Sushi, Manga, home items including Bento, and plenty more wonderful items can be found in these stores.

Head to Soho and you will find Lina Stores, an Italian delicatessen which imports and sells authentic Italian produce, freshly made pasta, cakes, hot dishes, and Italian coffee.  Soho became popular with Italian migrants following the Second World War and although the area has moved on, Lina Stores has held strong and is a real slice of Italy with a family feel to boot.

Brick Lane is fast becoming one of the most popular destinations in the city and with good reason.  This East London street has long been home to some of the best Indian and Bangladeshi restaurants in London and there are more than 50 restaurants to choose from!  The Bangladeshi community has long made their home in East London and there are plenty of ways in which they have left their mark.  Each year sees the Baishakhi Mela Festival take place, the second biggest in London after the Notting Hill Carnival with live music, food, and a grand parade taking place.

There are many large nations represented in London but did you know that it is possible to find evidence of one of the smallest nations here as well?

The Cook Islands in the South Pacific are named after the British Royal Navy Captain, James Cook and you can find artifacts from his voyages in the Royal Museums of Greenwich and a statue of Cook himself on the grounds of the National Maritime Museum.

Of course, this is just a tiny snapshot of the many different cultures which are represented in some way in London, from Cypriot bakeries to Latvian dance halls and just about everything in between there are a hundred small ways in which various nationalities from all over the world are making their mark in London, and if you have an interest in discovering these cultures then there are plenty of ways to do that as well when visiting.

The cuisine which can be found here is a huge way and there are restaurants with internationally inspired dishes found right across London from the very heart of the city right up to the outskirts; areas such as Little Venice, Chinatown, Soho, and East London are all excellent places to go if you want to see how the residents have changed the type of food which is on offer in the cafes and restaurants and the food markets which crop up across London are also excellent places to head if you want to try internationally-influenced foods as well.

London has been a place of trade for centuries and welcomes international visitors to make their home here; from the architecture around the city to the food, the artwork to the museums, you will see evidence of international cultures everywhere you look; especially when you bear in mind that it was the Romans who first created the city which would eventually become the London we know and love today.

Since that point, London has been the destination for a myriad of people and with such a delightful melting pot of cultures living side by side, we wouldn’t have it any other way.