India, a land of diversity, a land of rich heritage, and a glorious past are some of the adjectives associated with India. Although all of that is true, one thing most of us fail to realize is that India is also a land of rich architecture, ranging from ancient historical sites to medieval Mughal exuberance to the British’s royal legacy.

The best way to get acquainted with the history, culture, and heritage of India is by experiencing the tales of the monuments. 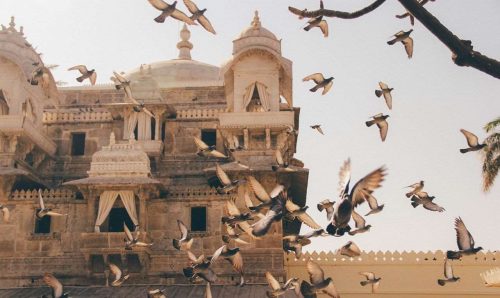 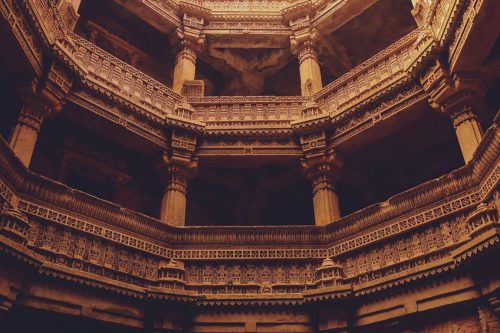 So, let’s listen to the stories these monuments have to share and unravel the mystery and history of the famous monuments and Indian landmarks with these ten amazing architectures revealing the rich heritage of India. 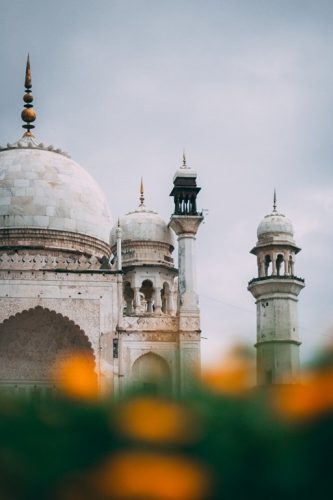 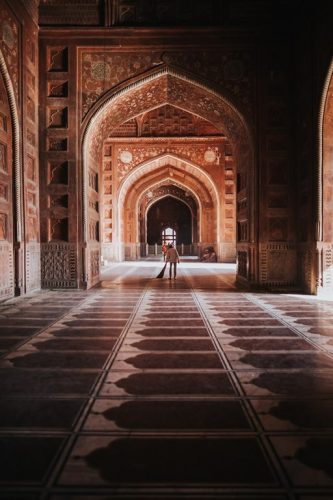 The universal symbol of love, the Taj Mahal is not just an iconic monument but it’s also an architectural marvel. One of the 7 wonders of the world, the list of amazing architectures in India isn’t complete without the mention of the Taj Mahal. A mausoleum built by Mughal emperor Shah Jahan in the 17th century, over a period of 22 years, this building truly is a sight to behold.

Made out of white marbles, it depicts a blend of Hindu and Indo-Islamic styles of architecture. Adorned by more than 28 kinds of precious stones transported from countries like Tibet and Persia. The most astonishing fact about the Taj Mahal is that it changes color from a Pinkish hue during dawn to gold at noon and milky white during moonlight.

With both Shah Jahan and his wife lying to rest in the monument, the monument serves as the romantic destination for every couple.

2. Humayun’s Tomb: The Joyful Wails Of A Widow 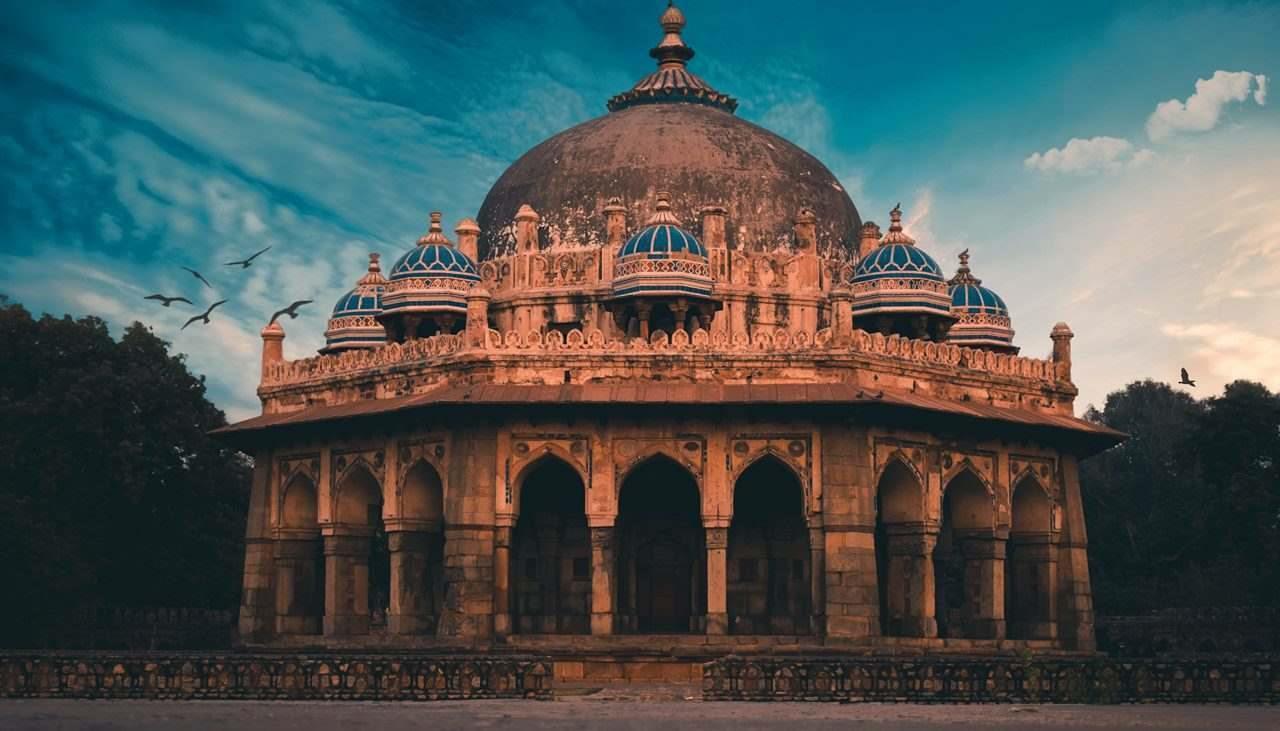 Pick any text of history, the monument known for its symbol of love is the Taj Mahal, made by an emperor in remembrance of his deceased wife. However, what most of these texts fail to mention is that there is one more monument that symbolizes love, Humayun’s Tomb.

Constructed by Bega Begum in remembrance of his deceased husband, Mughal emperor Humayun, the monument is one of the most famous UNESCO World Heritage sites in India.

A sheer architectural marvel, the Humayun’s Tomb is in sync with major Mughal architectural styles. A combination of the Persian and Indian style of architecture, the monument was in such a way that it etches its name in history, forever.

The garden around the monument houses 150 graves of members of the Mughal family. A symmetrical design gives the monument a uniqueness that no other monument has been able to match. 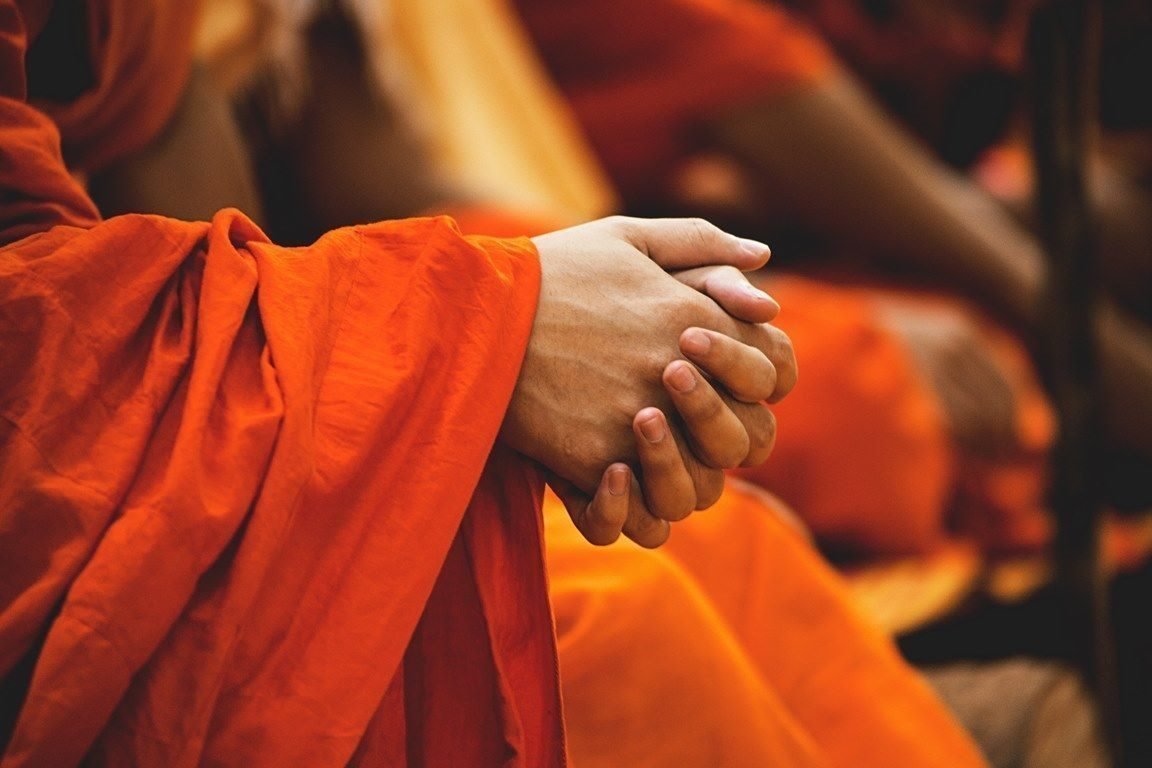 One of the biggest monasteries in India and the second largest in the world, Galden Namgey Lhatse in Tawang, Arunachal Pradesh is an exemplification of the Buddhist style of architecture.

Founded near the small town of Tawang in accordance with the directions of the 5th Dalai Lama, the monastery is close to the Indo-Tibet border. Nestled in Tawang-chu valley, flowing from Tibet, the monastery is known Galden Namgey Lhatse in Tibetan, translating to celestial paradise in the clear night.

4. Hampi: The Chariot Of Gods 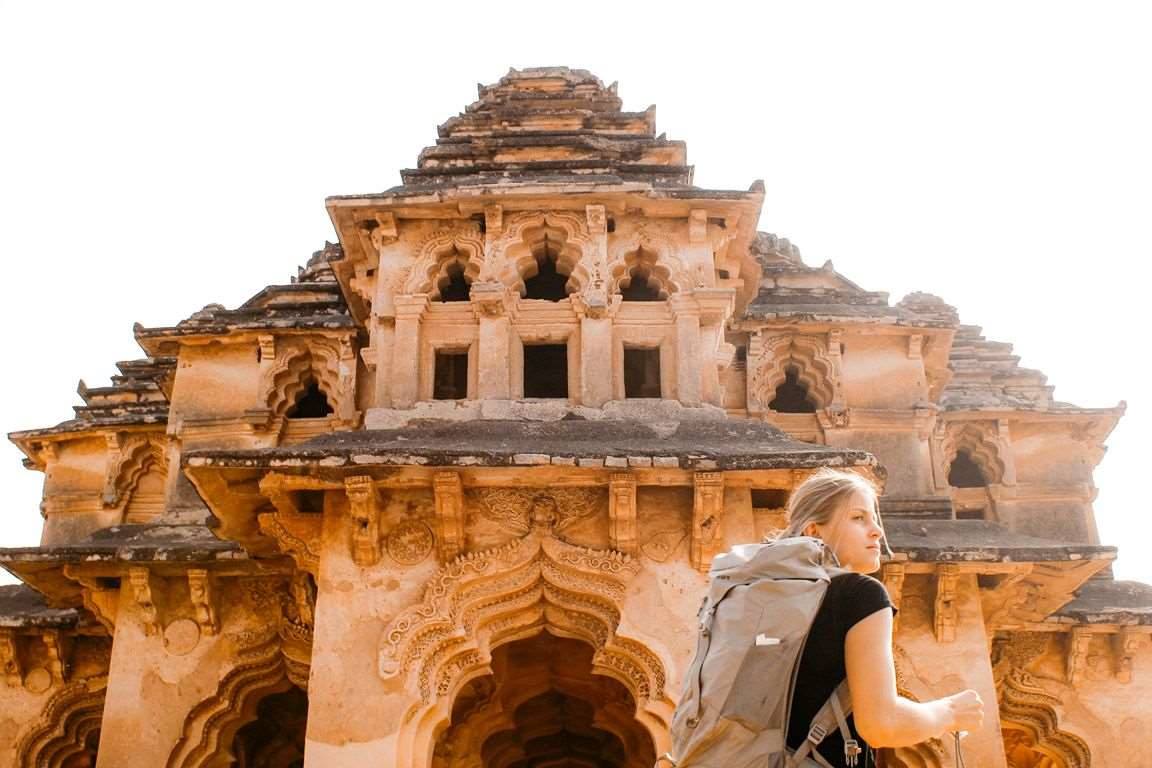 Witness the historical ruins of Vijayanagar at the UNESCO World Heritage Site of Hampi and delve into the heritage of the historical empire. Located in the state of Karnataka, Hampi boasts the Vithala temple complex which has 56 musical pillars. The pillars were designed in such a way that when stuck together, each of these pillars emits a unique musical tone.

The landscape is blessed with the flow of the Tungabhadra river alongside the rocky outcrops which contribute to the major part of the landscape.

The site is the reminiscence of the ancient city of Vijayanagar and amidst all the ruins lies the three towers of 160 feet, narrating the glorious tales of the 15th century Vijayanagar empire. 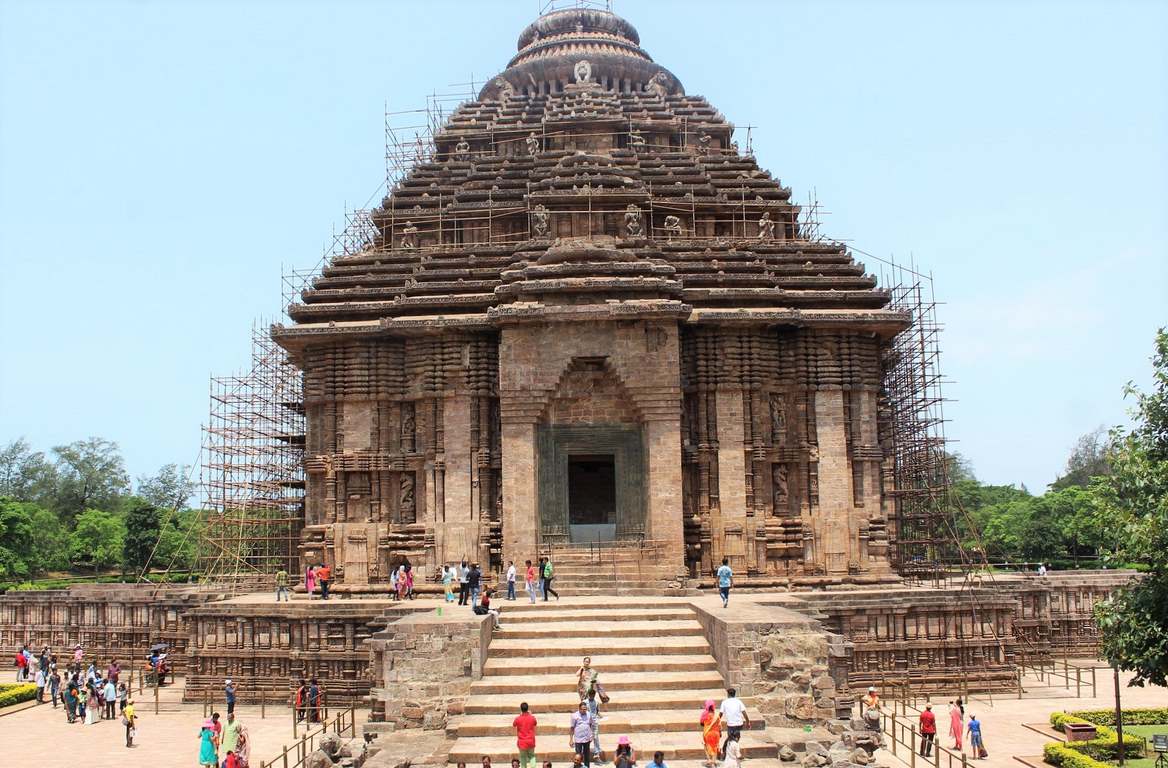 Literally translating to the corner of the sun, Sun Temple in Konark is a holy shrine dedicated to the Sun God. No text of ancient architecture is ever complete without a special mention of the Sun temple, that is the architectural grandeur of the temple.

Nestled near the shores of the Bay of Bengal, the temple has intricately designed mammoth structures which depict the chariot of the Sun god with 24 carved wheels.

A sight to behold, the chariot of Sun God is intricately designed with each wheel 3 meters in diameter that are pulled by 7 horses and guarded by 2 lions. An epitome of the blend of science and architectural beauty, till this day, the temple can calculate the time to the exact minute.

6. Mahabodhi Temple: The Land Of Nirvana 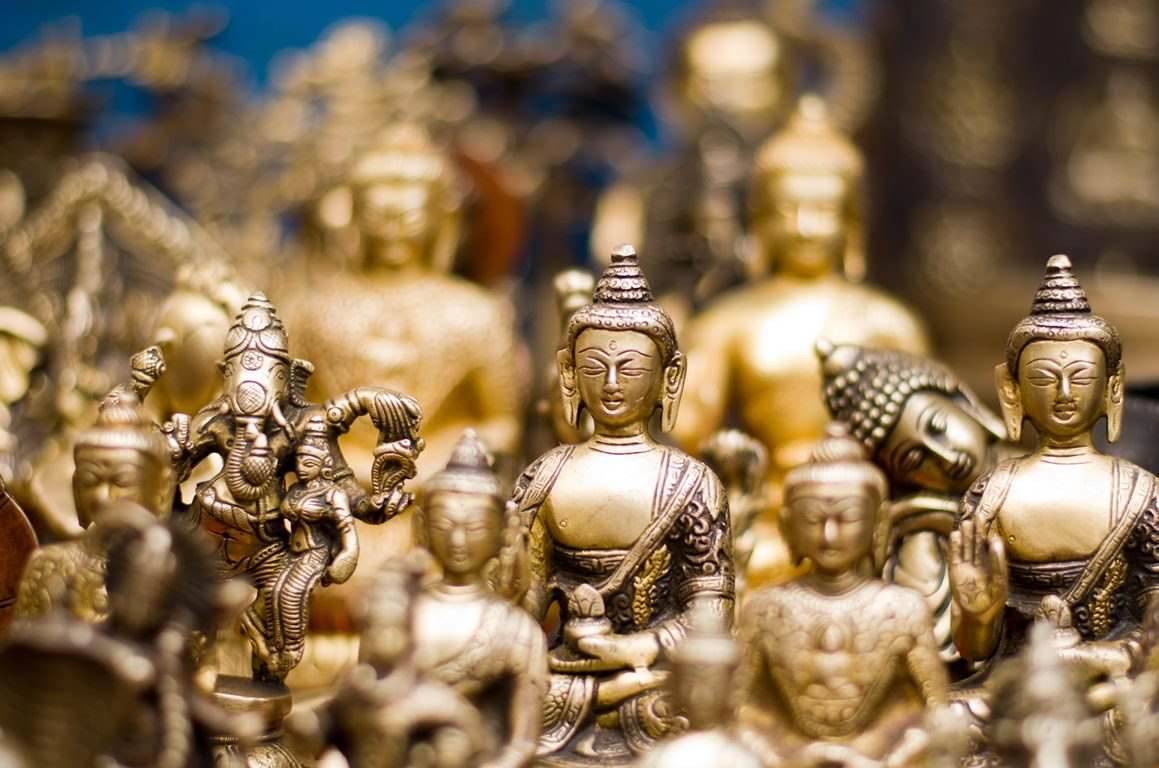 Souvenirs near the temple

While the whole world was seeking wealth and every king was planning to grow his empire, a prince turned monk was seeking knowledge and truth. The prince was Siddhartha, also known as Buddha. Not the factual knowledge but the knowledge of metaphysics and ultimate truth.

During his conquest to know the ultimate truth, he reached the place which is now called Bodhgaya. While sitting under a tree, he gained enlightenment, and today that tree is a holy site for every Buddhist.

During the 3rd century BCE, Emperor Ashoka constructed a temple around the tree which is known as the Mahabodhi temple. Consisting of 6 major structures, the major attraction is the Vajrasana Temple. A 50 meter tall Bodhi tree stands tall amidst the 2000 years old temple. Near the tree is the beautiful lotus pond, where Buddha is believed to have spent a week in atonement.

More than the architectural beauty, it’s the spiritual atmosphere that makes this UNESCO Heritage site one of the best architectural sites in India.

7. Ajanta And Ellora Caves: Whispers Of The Past 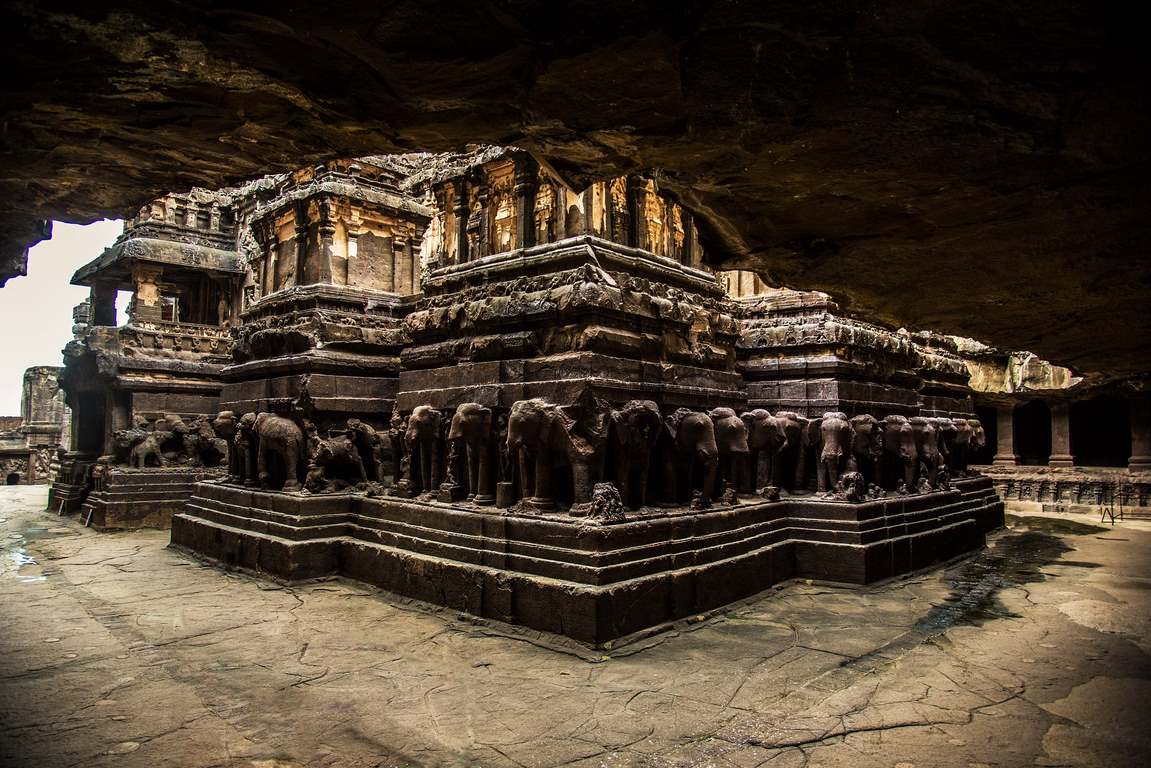 One of the oldest UNESCO World Heritage sites in India, Ajanta and Ellora Caves are an exhibition of ancient and medieval rock-cut art. Exhibiting thousands of wall paintings dating back to 650 BCE, the UNESCO site is the place to understand the social evolution over the period of 200 BCE to 1000AD.

These caves house different Hindu, Buddhism, and Jainism religious shrines. The paintings in Ellora caves trace the historical and religious evolution over the period of 600- 1000 AD, while Ajanta caves house paintings from the period of 200 BCE to 650 BCE. The structure is an epitome of rock-cut art, being designed in 650 BCE when resources to carve such structures were scarce.

A dream come true site for historians and architects, the caves are a fine example of the technique of ancient and medieval styles of architecture.

8. Mehrangarh Fort: The Grandeur Of Rajputs 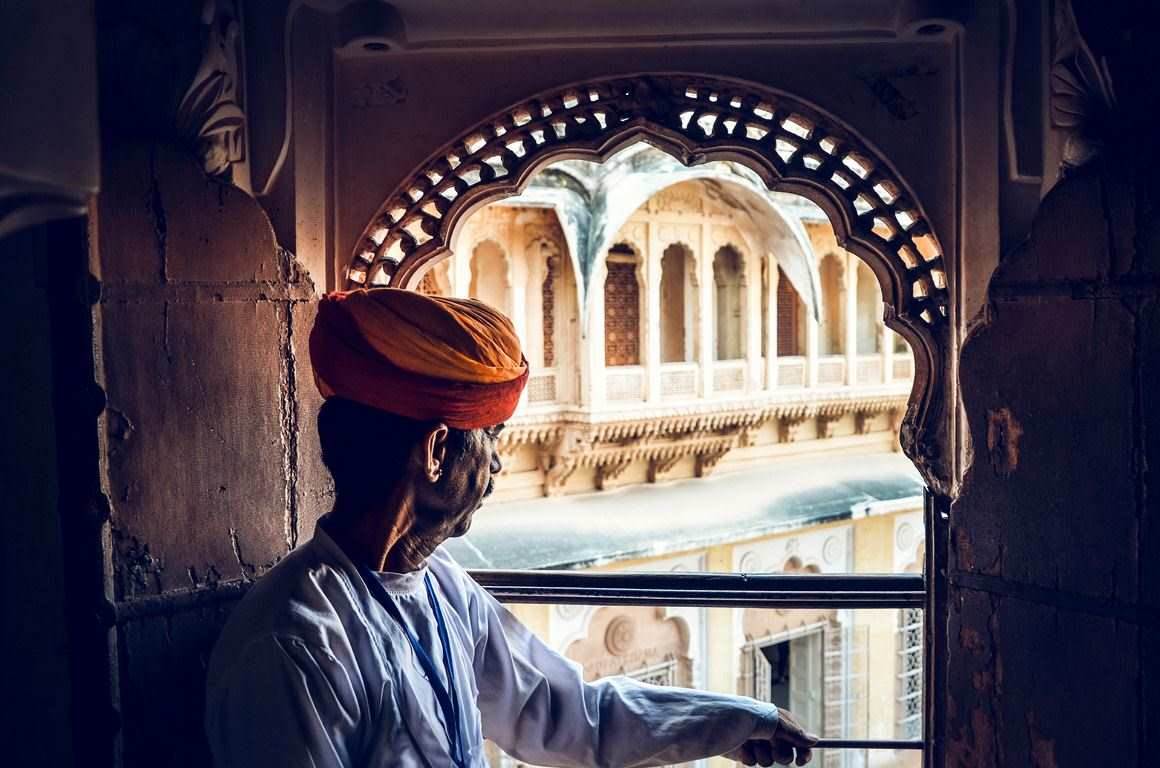 A tall standing structure, guarding the gateway to the Thar Desert, Mehrangarh Fort is a tale of glory and royalty. Remember the pit from the Dark Knight Rises, well, that was Mehrangarh Fort. A testament of the royalty of the Rajputana dynasty in Rajasthan, the fort is also a fine exhibition of medieval Indian architecture. Rudyard Kipling said that the fort looks like it was built by titans and painted by the Sun himself.

Standing on a rocky hill, 120 meters above Jodhpur’s skyline, the material for the fort was chiseled from the hill itself on which the fort stands, giving it a natural blend. The fort still exhibits the damages of invasions with marks of 1800 cannonballs hitting the fort.

On the first appearance, the fort appears to be a sheer exhibition of wealth and royalty, but once you enter the fort, it’s quite literally a walk back to the time of the Rajputana Dynasty, with each section exhibiting the royalty and heritage of its glorious times.

9. Rani Ki Vav: The Temple That Is Turned Upside Down 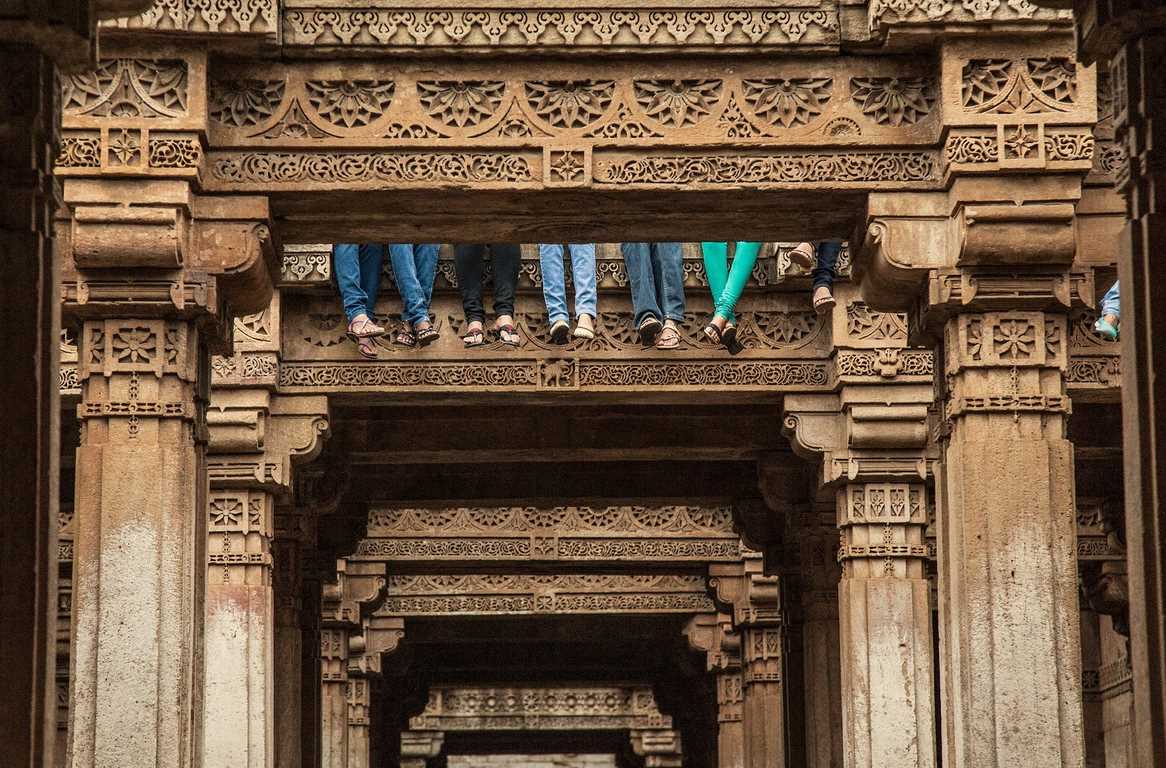 Doesn’t matter if you are a believer or an atheist, in order to understand the intricacy and appreciate the architecture, you would have to explore Rani Ki Vav from unbiased eyes. A stepwell situated in Patan in Gujarat, it was built by Queen Udyamati in 11th-century ADE.

The stepwell was constructed to worship the hallowed waters of the river Saraswati. A testament to the grandeur of medieval Indian architecture, Rani Ki Vav is 64 meters long, 20 meters in width, and runs 27 meters deep.

Almost 7 storeyed deep, each floor has more than 500 sculptures intricately carved on the walls. On a detailed inspection, one can easily see the expression and mudras exhibited by the wall carvings are intricately carved.

The monument is much more than just a religious location, it’s also the pride of Indian architecture. 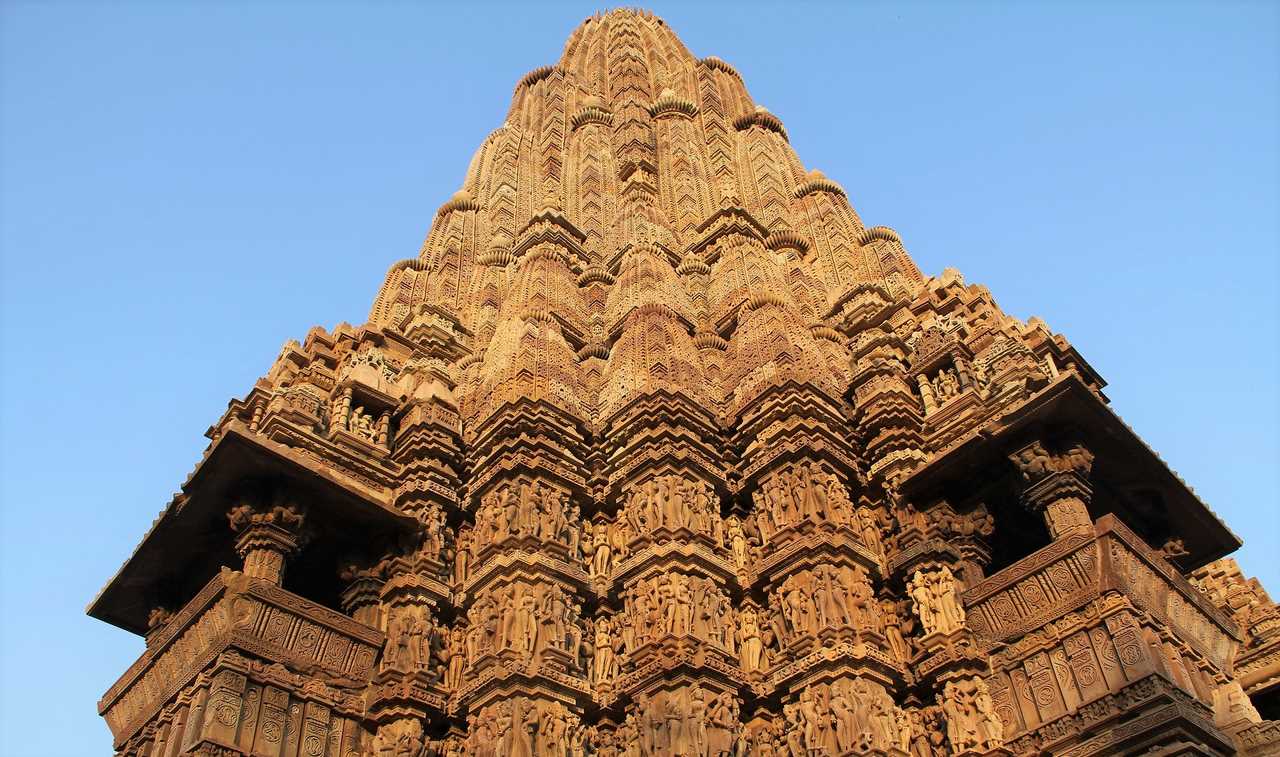 The world-famous monument constructed by the Chandela Dynasty, the Khajuraho is probably the most misinterpreted monument in the world.

Stereotyped as a monument for its sensual exhibitions, the temples have only around 10% of sensual sculptures, the rest is an ode to Hindu deities. Located in Madhya Pradesh, the temple is a fine example of the Indian architecture and the rich heritage of India.

The Chandela dynasty was a firm believer of the Tantric school of thought and it is exhibited even in the architecture and wall carvings. The mainstay of the tantric school was a perfect balance between male and female, and the belief that none can exist without the other.

The temple exemplifies the union of man and woman apart from this the monument holds numerous Hindu, Jainism, and Buddhism shrines.

Built in 1335 AD, there were total a group of 85 temples and today the monument is in ruins, the result of wars and natural hazards. Out of the 85, only 22 temples have survived and each of these temples begs the question of gender equality in the status quo.

How many of them have you explored?

Writer passionate about traveling, she has recently explored the Indian Himalayas region.