A Brief Guide To The Charming Hydra Island

Hydra Island – one of Greece’s Saronic Islands – lies in the Aegean Sea between the Argolic Gulf and the Saronic Gulf. Formally known as Hydrea, this lesser known Greek island is an enchanting destination graced with natural springs among other highlights. It has only one main town known as Hydra port with a population of around 1900 people. While small, the port remains busy almost all year round and is the home to a crescent-shaped harbor which is surrounded by many shops and galleries that attract both locals and tourists.

How to get to Hydra

As there is no airport in the small island of Hydra, the easiest way to get to the island is via ferry from Ermioni with Hellenic Seaways twice daily or from Piraeus – Athens’ port – with the same company every three hours. A third option would be via one of the fancy flying Dolphins, a company that stops in several islands. In any case, it takes about 2 hours from Athens to Hydra and it is a very pleasant ride, especially for the Aegean Sea first-timers.

Let’s imagine you are done with the Acropolis and everything Athens has on offer and decide to go straight to the port of Piraeus, where tickets for Hydra are sold. You could also take a trip to other Saronic islands which are just as beautiful as Hydra if not more. But for the sake of this article, we’ll focus on Hydra and its mysterious beauty.

As you approach the island, after a two-hour journey from the bustling port of Piraeus, time seems to have stopped. There are no cars or motorcycles, not even bicycles, only donkeys. And boat-taxis, which cloud with their sound the calm of this rocky enclave that has inspired writers, painters, and poets alike. In the port, the muleteers wait to transport the luggage of the newcomers through a maze of narrow and steep streets. The simple white fishermen’s houses are mixed with Venetian palaces from the 18th century. Welcome to Hydra. 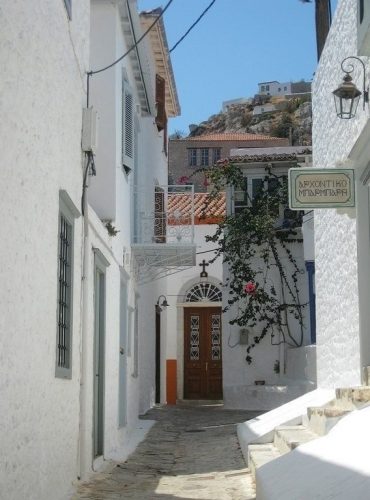 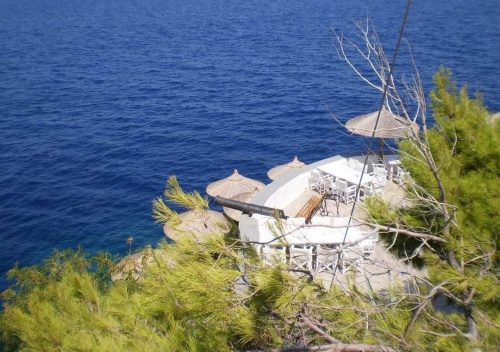 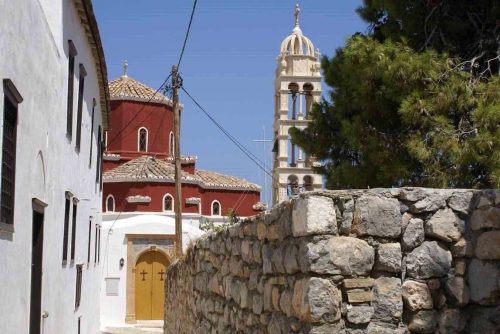 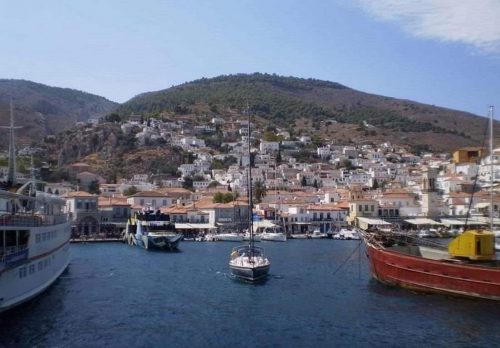 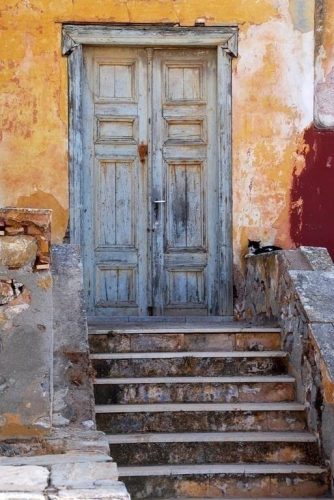 Hydra is a popular weekend destination for tourists during the summer given its size and proximity to Athens. Being a relatively small island, a couple of days are more than enough to explore it and experience many of its attractions. One thing the island is renowned for is its attractive architecture. The town is built on the slopes of a hill surrounding a port and seeing such a place for the first time with its sophisticated and picturesque stone mansions is quite nice. Due to the location and structure of the Island and its streets, it’s impossible to move around by vehicle. Hence Hydra’s traditional transport means have been the same for centuries: riding a donkey, by boat or on foot.

Hydra is also a great choice for passionate hikers and everyone seeking stunning landscapes, as the views one can get from the highest points of the island are nothing short of magnificent.

The island is not world-famous for its beaches unlike other popular Greek islands, but it still has a lot of charming small coves, beaches with green surroundings and crystal clear azure waters to offer.

Diving is one of the most interesting water-related activities you can take part in on the island due to the fascinating rich in aquatic life, reefs and sea caves at the bottom of the sea around Hydra.

Beautiful Places and Beaches to Visit in Hydra

The first thing you should do when you arrive is to take a tour through the town, a great and relaxing way to get a first look at what this tranquil town has to offer, its welcoming locals and buildings worth a visit:

The town of Hydra is the best place to be on the island; it is the major port as well as the capital of the Island. This beautiful town provides a picturesque surrounding ideal for relaxation and adventure. Kaminia village is also another place to visit and even spend a night in as it offers an idyllic environment with lush green vegetation.

The best beaches on the Island are Vlichos, Kaminia, Agios Nikolaos, and Bitsi. They have clear waters and pebbles.

Now let’s get down to practical information about the three places everyone looks for when they first book a trip. Where to eat, where to have fun and, most importantly, where to stay!

Where to eat in Hydra

Hydra chefs are especially proud of their seafood dishes, and besides the delightful traditional and foreign cuisine, most of the restaurants in Hydra provide guests with amazing sunset views while savoring their meals. Try Techne Restaurant & Social, Omilos, Castello Kamini Hydra, and Il Casta.

Generally a quiet island, it is still possible to find a vivid nightlife in Hydra if you know where to look. Whether you are looking for a spot for relaxation or a crazy party night, every Hydra bar offers its visitors its own unique character and charm. Here are three to get you started:

From luxurious and elegant places such as Four Seasons Luxury Suites, Orloff Boutique Hotel, and Hotel Sophia to mid-range and budget-friendly hotels like Botsis Guest House and Amarillis Hotel, there is no shortage of great accommodation in Hydra.

Hydra is the definition of a small but hidden gem in the myriad of spectacular islands that spread across the Aegean and Ionian Seas of Greece. If you ever get the chance to see Hydra, don’t miss the opportunity. Its charm will seduce you and make you want to stay for a while before continuing your Greece adventures!

My name is Aggeliki and I’m an avid traveler that has been discovering herself through vivid and intense experiences around Greece and abroad. I write for Trip and Travel Blog and my dream is leave no corner explored and no stone unturned.