How to Travel Without Flying: 5 Epic Adventures for 2022

The pandemic might have just catalyzed a few lifelong dreams of mine. It would not bother me at all not being able to take a single plane ever again for many reasons, the main one being its tremendous environmental toll and huge carbon emissions of the airline industry and the latest, public health concerns, and the always increasing safety measures and rules put in place that are making us all dread flying. So if you too are concerned about this and wondering how to travel without flying while keeping your adventures as fun as they can be; this post is for you.

From micro-adventures to epic expeditions, I will be sharing a few light-packing trips I cannot wait to embark on without taking a single plane. Without further ado, here’re five no-plane travel plans where both the journey and having a deeper connection with the natural world become an essential part of the trip.

How to travel without flying – 5 No plane plans 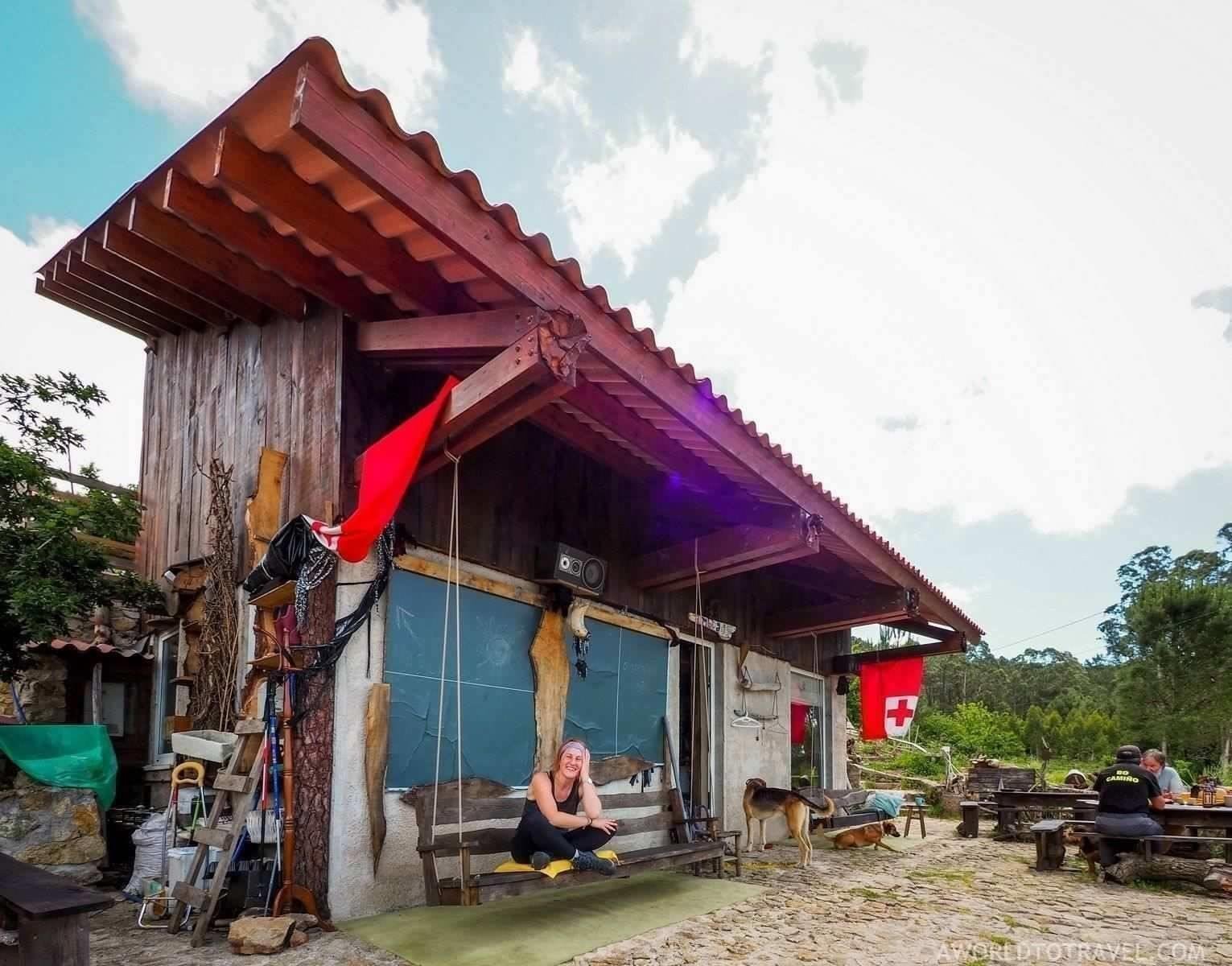 A moment of rest while hiking the Camino between Fisterra and Muxia. Spain, 2019.

Self-explanatory and the easiest human-powered adventure to make happen of them all, a celebration of slow travel. Now, the only key to walking on top of being able to do it, is packing as light as possible. And that’s why chances are – unless you are taking a fancier walking trip like the one we recently did from Finisterre to Muxia where our bags were transferred daily – your back will hurt otherwise.

After walking a few stretches of different Caminos, the via Francigena, and Riviera dei Fiori in West Liguria among other pilgrimage and hiking trails in Spain and other European countries; and tougher routes like the Annapurna community trek in Nepal, I feel like the next route could be pretty much anywhere below 3500m of altitude (or above that, until 5000m or so with a bit of training in place). If you want to recommend any particular routes, you are most welcome!

Otherwise, the most straightforward for me would be to pick another Camino. Nevertheless, I am based next to the final destination of them all, Santiago de Compostela in Galicia, Spain, and coming up soon the first Holy year since 2010 – Xacobeo 2021/2022 – will be celebrated around here. 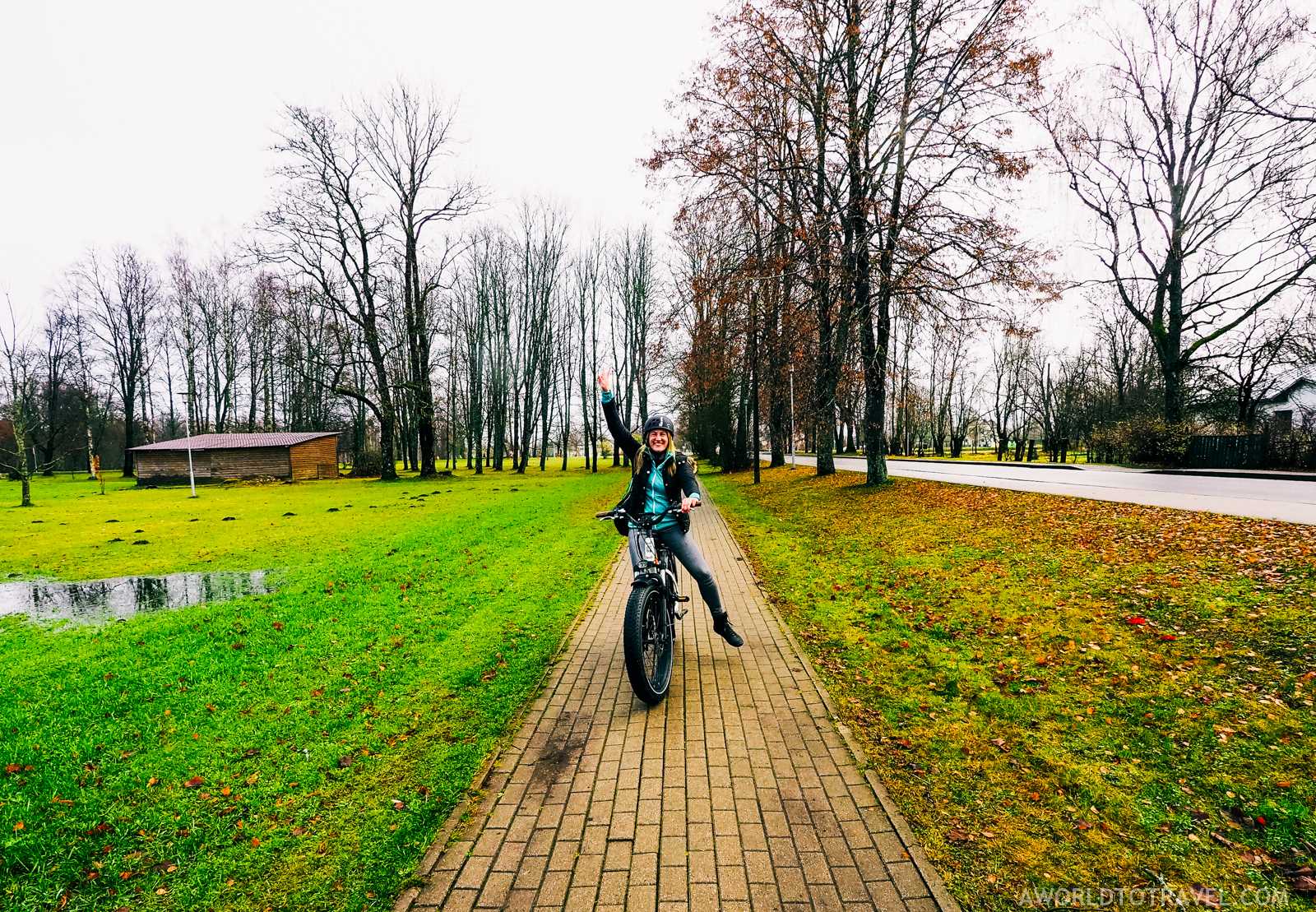 Where did my love for bikes – the greatest creation of modern times – go? I used to bike to high school to make it on time daily, and I have only used it a few times ever since. It’s time to go back to my roots and explore some of the Eurovelo cycling network routes since more distant feats such as crossing the USA by bike would possibly require a plane or ship to get started.

The first one I’d take is the beginning of the EV1 Atlantic Route from the northernmost coastal spot in Portugal where it starts – just an hour and a half away from my base – to Brittany, in France’s northwest coast.

Most of the route is developed with EuroVelo signs, although there are a couple of stretches as it crosses Spain under development. Precisely between Huelva and Caceres and from La Rioja to Irun, right before crossing to France. It would be safe to admit I could attempt to cycle the first one crossing Extremadura during the shoulder seasons of Spring or Fall to avoid the intense heat this region offers in the middle of Summer but for sure I’d be skipping the second for now. I’m not sure I have what it takes to cross the Pyrenees right now, especially if the route is in the planning and under development stages.

For a second bikepacking adventure, I’d then head to the Baltic Sea Cycling Route – Eurovelo route EV10 – that stretches across 9 countries for 9000km along the coast. My chosen part this time would be from Saint Petersburg, Russia, in the Gulf of Finland to Gdansk, Poland, at the end of the Curonian Spit and Gulf of Gdansk stage; passing through the Gulf of Rigan and Courland’s Coast. It looks the flattest – read easiest – of them all in this elevation chart, what could go wrong?.

The latter also has some stretches under development but it would be my second choice because except for a trip when I was quite young to Poland, a one-week stay in Lithuania and a couple of Latvia – one of the most fun countries in Europe! – trips, I haven’t explored this part of Europe much, and apart from a Moscow layover, I’ve never been to Russia or Estonia either!

Here are some documentaries and movies about cycling tourism I’ll be watching to get ready in the meantime. We’ve also published a throughout guide to backpacking you should check if cycling is on your upcoming plans.

3. Train hoboing my way to China 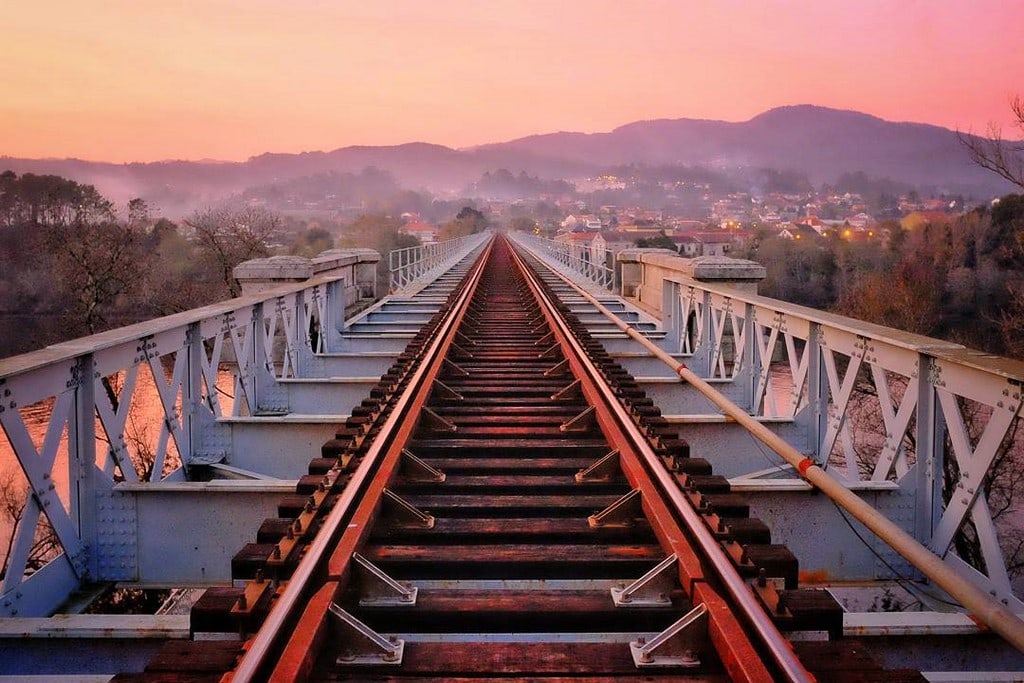 A railway between Galicia (Spain) and Portugal at sunset. Circa 2016.

A recent Facebook thread in a travel-driven group brought back another long-standing travel wish of mine and lots of fresh info on how to make it happen.

Gotta love a useful social media group that fuels your passions instead of engaging in endless nonsense these days! Anyway, it then became clearer to me that I should not wait much longer to attempt one of the largest train rides in the world: From Portugal (that I’d be probably skipping this time) to Russia and from there on the Trans-Siberian railway to Siberia to Mongolia and all the way to China where you can cheat and take a ferry from Shanghai to Japan to stay in train mode – albeit at a very different speed, and higher price tag, than in Russia and Mongolia – for a little longer.

Can you imagine something cooler than spending months in Europe and Asia meeting interesting people while constantly shifting landscapes pass by your window, witnessing how churches turn into monasteries, tasting exotic cuisines, and being free to choose whether you want to stop for a while somewhere or keep going? I cannot.

For the way back – mind you, I haven’t forgotten about the ‘without planes’ bit – I’d love to take my time and keep coming back to Western Europe exploring a few countries I haven’t had a chance to in the past. One can dream, so let’s say we throw a train to Hong Kong and then Vietnam, Cambodia, Laos, Myanmar, Pakistan, and a few other Silk Route countries in the lot before entering Europe again and slowly but surely going back all the way to Galicia, home!

A multi-modal travel approach would be needed to attempt this one as buses and other means of transportation would be required on top of trains to pass through some of them. But I believe it is perfectly doable without flying if health and time are on your side. Rome2Rio, Omio, and Seat61 are your friends here. 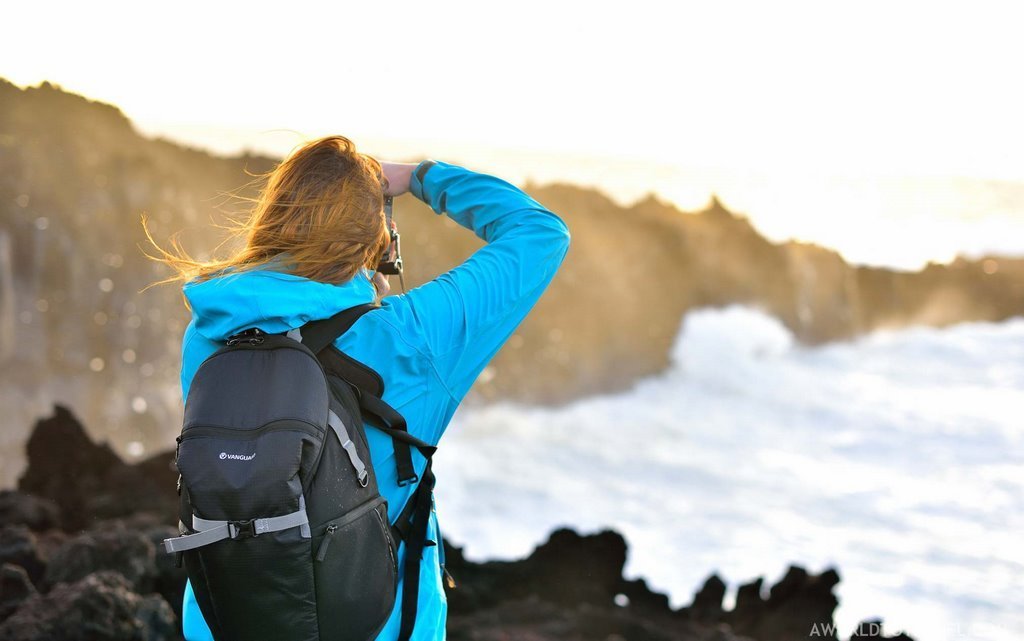 A memory from a Sao Miguel Island – in the Azores, Portugal – road trip we took in 2018.

How did it take me so long to get a taste of the acclaimed van life? After a few attempts throughout my late twenties and early thirties, it seems that the timing is finally right and I’ll be road-tripping Portugal before Fall. Let’s see if the borders are open and both Jose and I can pick up a van in the north, head to a few epic places inland Portugal, and close the loop of our campervan itinerary from Lisbon to Porto.

Update September 2020: We did it! Read the monster article we put together after the experience. 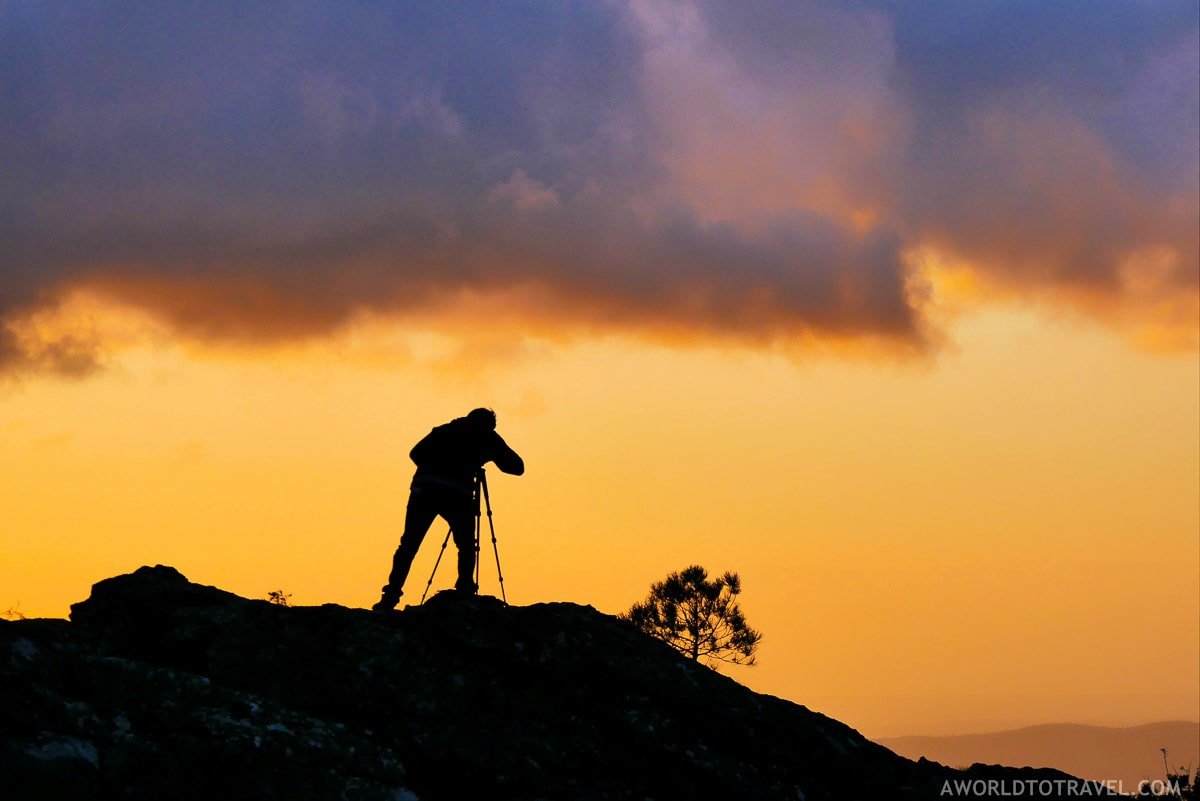 Jose taking a photograph of the stunning Montanhas Magicas at sunset. Portugal, 2017.

Combining van life with a few strategic stays in sustainable and eco-friendly places such as these Galician treehouses we had a taste of a few years ago, would make it even better. Here’s an epic itinerary we’d love to go for. 4+ months, 1 van, 2 people, 1 ferry, 20+ countries, and countless natural spots. For the sake of mapping it out quickly, dots are mainly towns and cities but the idea would be to skip as many as those as possible and stick to coastal and mountain areas.

If we like it enough, we might become one of these couples that move to a van! Can you imagine? JK, but it would be cool though. 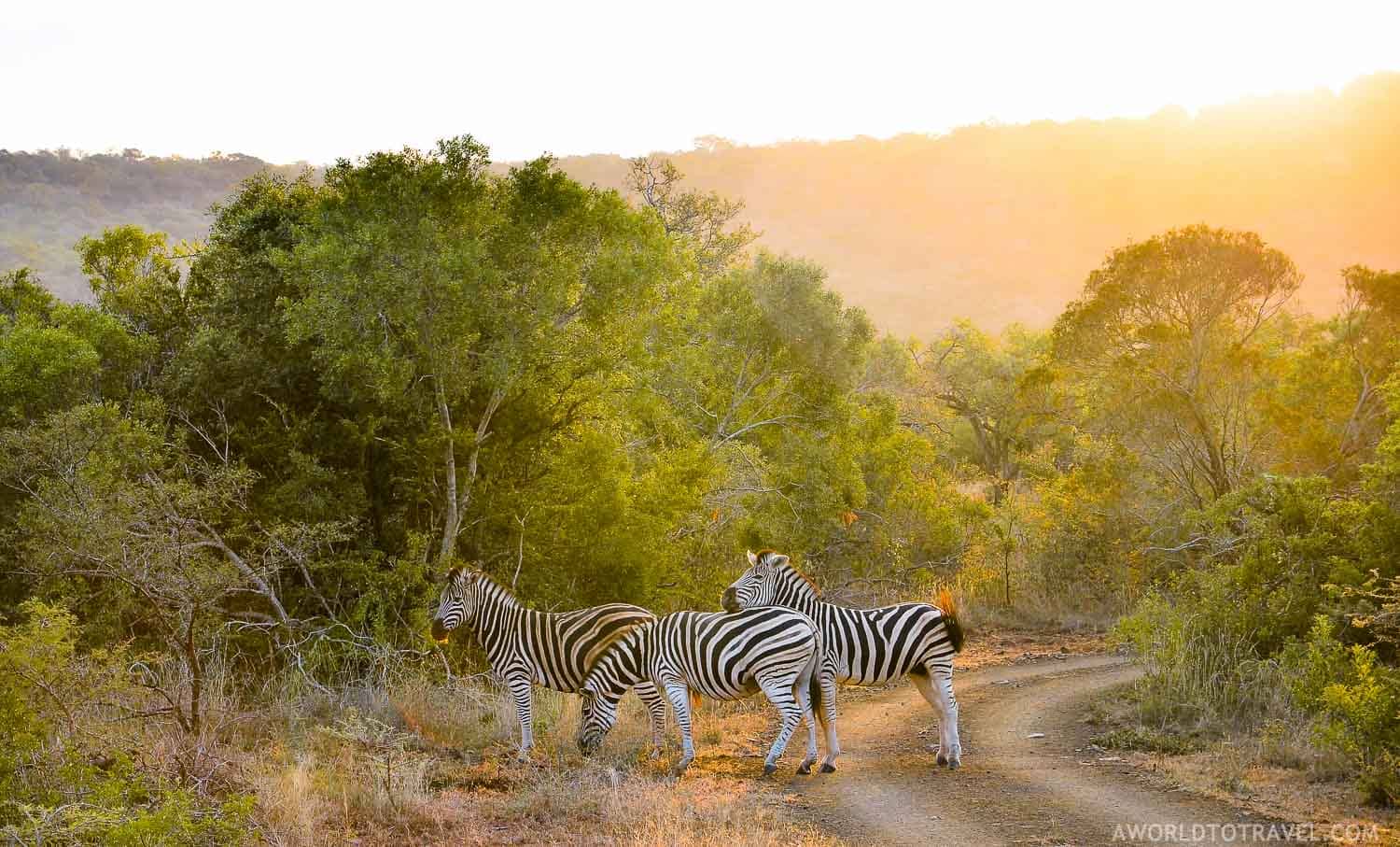 In the future, once we have the van life nailed down, I’d absolutely love to go on an Africa overland expedition. A ferry service between Spain and Morocco covering the 17km of the Gibraltar trait opens up a whole new continent to explore without planes for those based in Southern Europe like us. However, it would be as naive as it gets to put it in this list as I still need to figure out many things to make that one happen and I have only been to a couple of African countries so far: once to South Africa and three times to Morocco to visit Marrakesh and the Sahara desert as well as to road trip the Moroccan coast from Rabat to Agadir.

Any Africa experts out there? I guess reading Paul Theroux’s Dark Star Safari – that showcases his Cairo to Cape Town trip – could be a sweet starting point to start learning about this continent. I could not be more clueless right now.

Read more: 15 Campervan hacks that will change your life 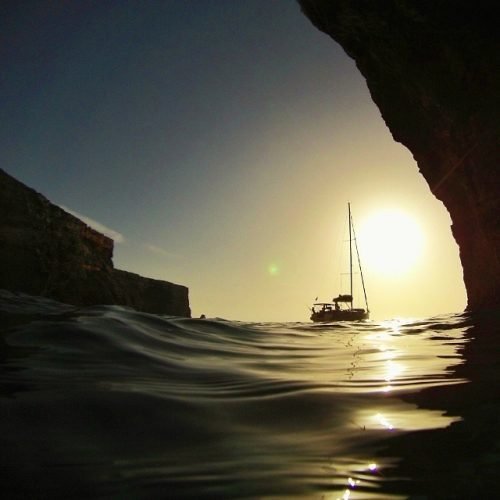 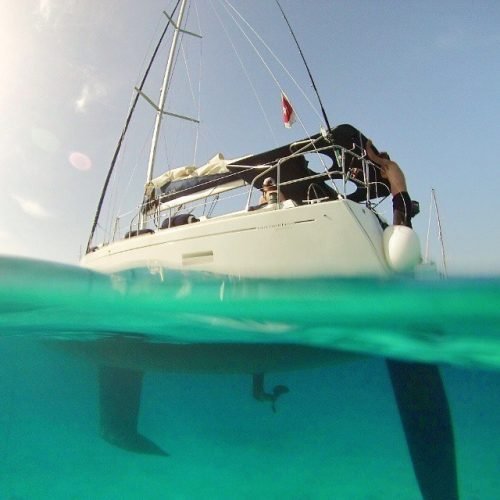 The Domina yacht I sailed in a few years ago 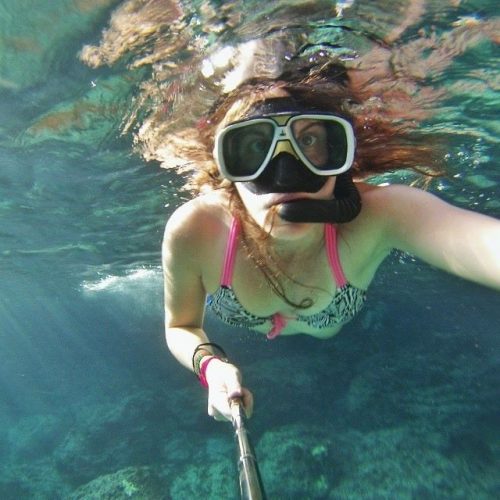 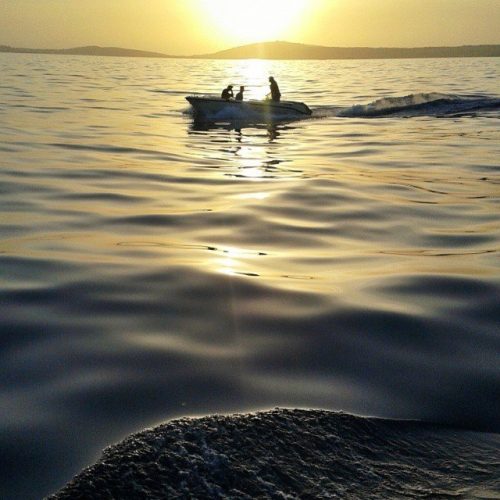 Sunsets from the yacht were magical

Leaving one of the coolest to the end. Memories of a several-day sailing trip on a 40.5ft sailing boat – the Domina – around the Maltese islands a few years ago keep coming back every once in a while, and I cannot wait to embark on a similar trip.

My face in these vintage pictures – god save early GoPro cameras! – says it all. 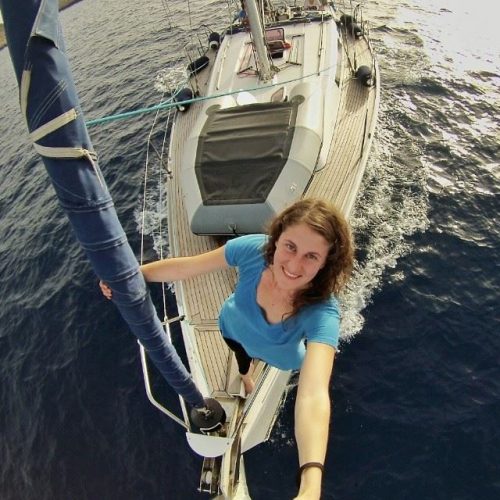 Sailing is just too much fun 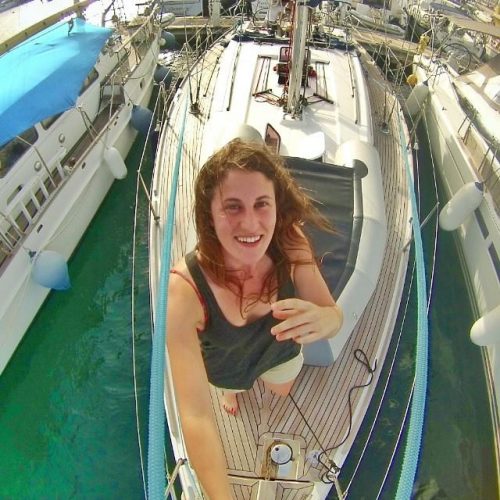 Stoked and ready to depart 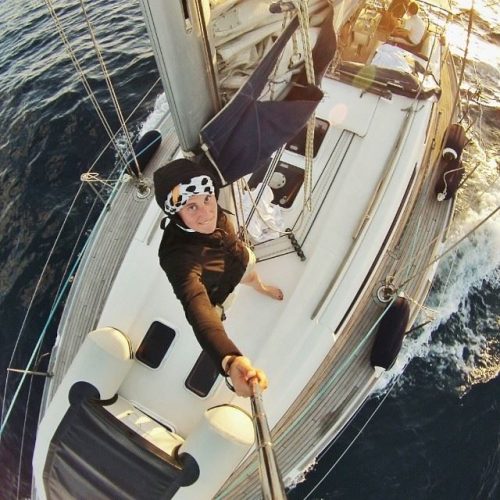 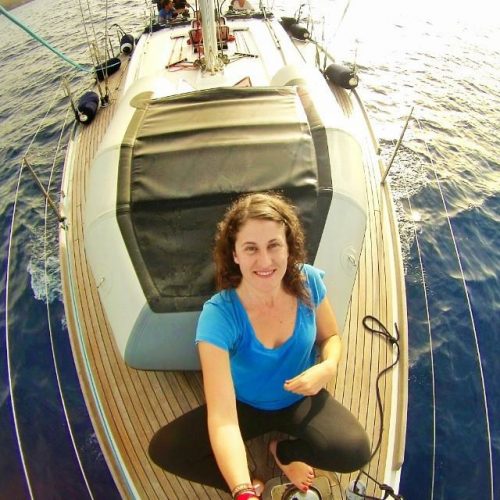 The Mediterranean has a few learn-to-sail venues and warm waters all year round, but to be honest, I’d attempt coast sailing other European routes – with an experienced crew – anytime. On the other hand, as appealing as they might seem, crossing the Atlantic ocean by sailboat or sailing across the world (both pretty respectful of the oceans) are dreams I better leave for the true adventurers out there for now.

Do you have any other no-plane-required adventures in mind? If so, I’d be forever grateful if you could send me an email to aworldtotravel @ gmail . com and let me know more about them. Here at A World to Travel we are always in the lookout for cool, unique, and sustainable ways of enjoying our precious planet. Thank you very much!

How to travel without flying was first published on A World to Travel. 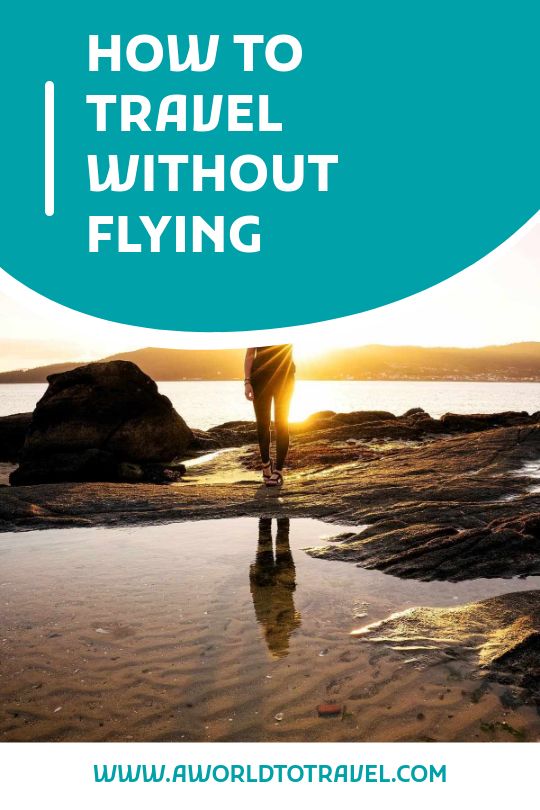