16 Gibraltar Facts To Know Before You Go

Find out the unique aspects, curiosities, and Gibraltar facts that perhaps you did not know about this British overseas territory.

If you have never visited this famous rock, perhaps some things will sound a little confusing or strange. For example, what does a small territory on the Iberian Peninsula that is not Spanish do? It is a subject that is really controversial and, in addition, has a Mediterranean climate that is the envy of some in the United Kingdom. 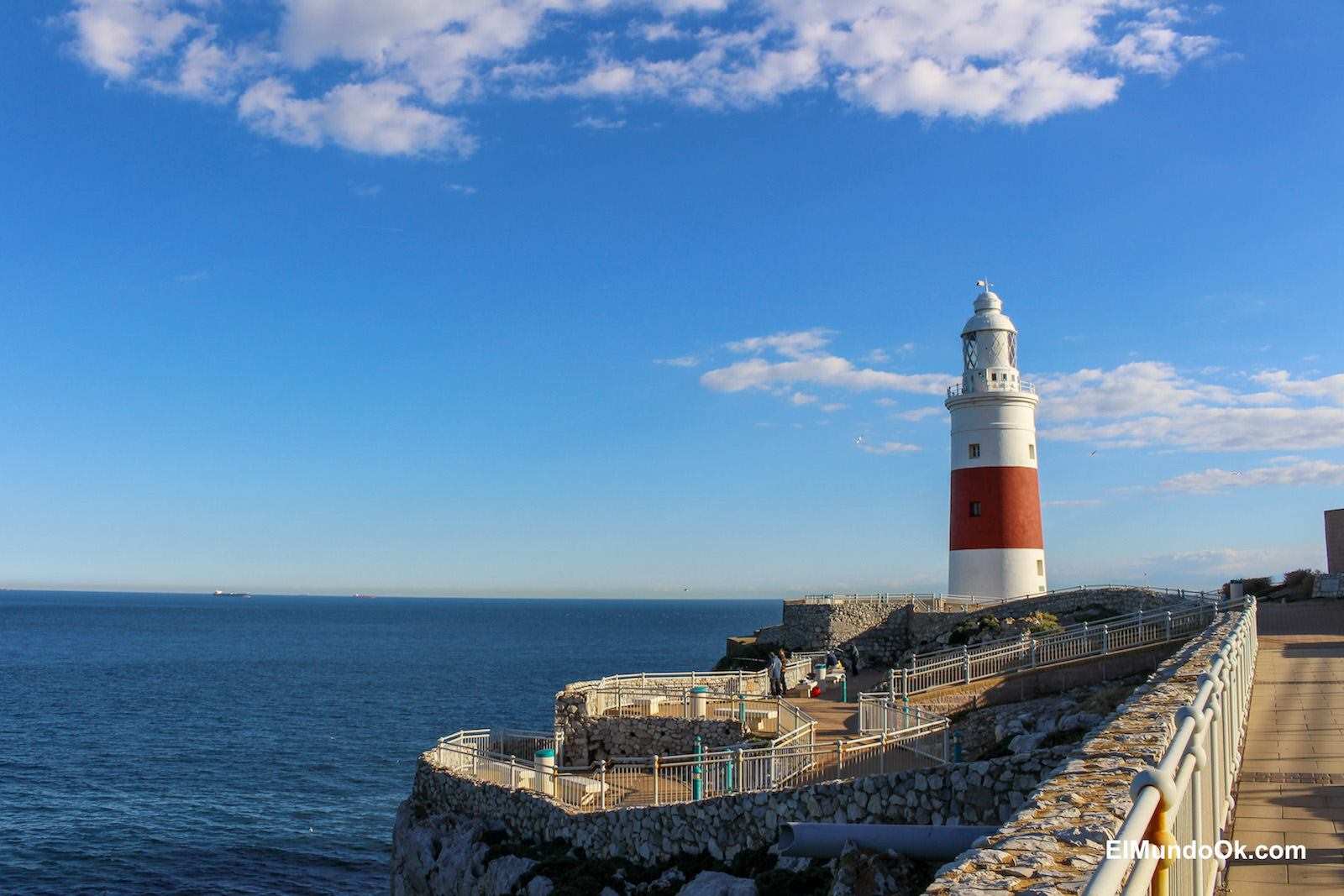 The truth is that there are many questions to answer, although before getting to know the curiosities of Gibraltar, let’s review some of the basics:

1. It has the only wild monkey population in all of Europe 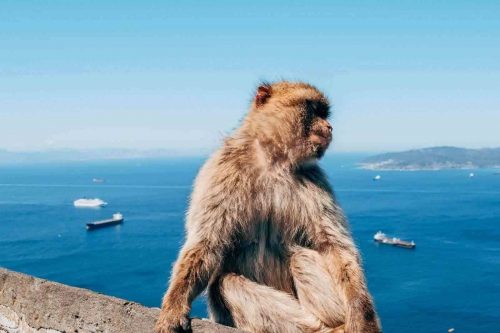 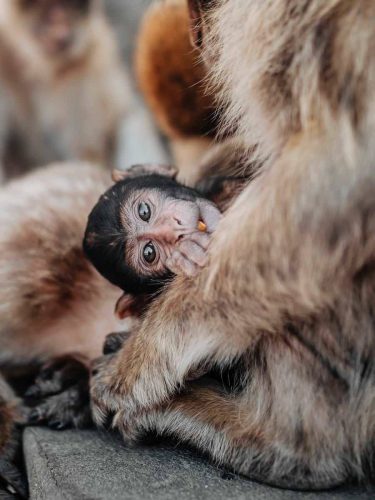 You might already know that Gibraltar is home to the Barbary Tailless Macaque, but did you know that it is the only population of wild monkeys in the whole continent?

About 300 of these monkeys, descendants of the North African populations and introduced into the area by the Moors, roam the Gibraltar Nature Reserve, and occasionally “rip” the food out of the tourists’ backpacks. Be careful not to freak out!

2. An Excellent territory to get married in

Anyone can get married in Gibraltar with just one day notice, and civil marriage is recognized worldwide. It’s that simple, if you suddenly decide you want to get away, Gibraltar could be that place for you. If you fly in on one day and file your documents, you can get married the next day. 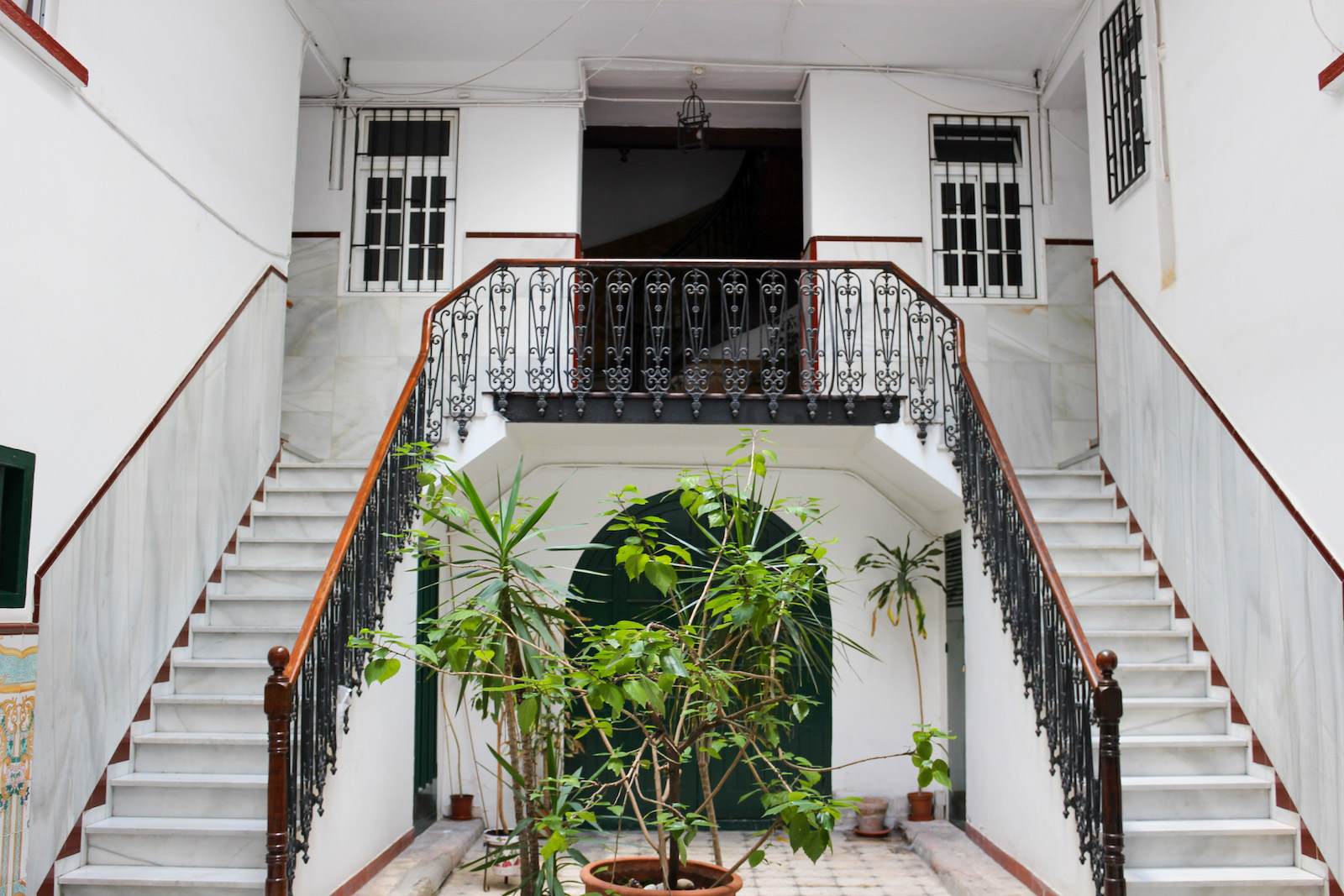 This is so popular with tourists, that even I wanted to get married there – crazy! Local authorities for this special occasion, allow you to marry outside of the registration office. For example: in the botanical gardens, at the top of the rock or at other places of interest.

3. John Lennon and Yoko Ono, among others, were married in Gibraltar

Along with the above curiosity. Gibraltar has been popular with celebrities over the years. Sean Connery was also married in Gibraltar (twice) and this is where John Lennon and Yoko Ono also got married.

The couple got married in Gibraltar. Why? According to Lennon, “The territory is calm, British and friendly” and “We tried first somewhere else. I decided to get married on the ferry and we would have arrived in France married, but we could not. We were no more successful with the cruises. We tried at the embassies, but it took three weeks of residence in Germany or two weeks in France ”.

4. Cradle of famous people in the world

Gibraltar has not only been and is visited by famous foreigners. In case you didn’t know this small territory with a big heart has seen the birth of the fashion designer John Galliano, the beautiful Kaiane Aldorino López, the former Miss World crowned in 2009 in South Africa and the first Miss Gibraltar to reach the semi-finals of this prestigious beauty pageant. In Galliano’s case, he worked as head of design for major luxury brands such as Givenchy and Christian Dior. Although now he has his own successful John Galliano label.

Also: the artist Christian Hook and the pop-rock band Melon Diesel, a well-known group in Spain. Other famous Gibraltarians are Amanda Carreras (professional tennis player); Alison Nicholas, a well-known golfer, in addition to others.

5. It has the southernmost mosque in Europe 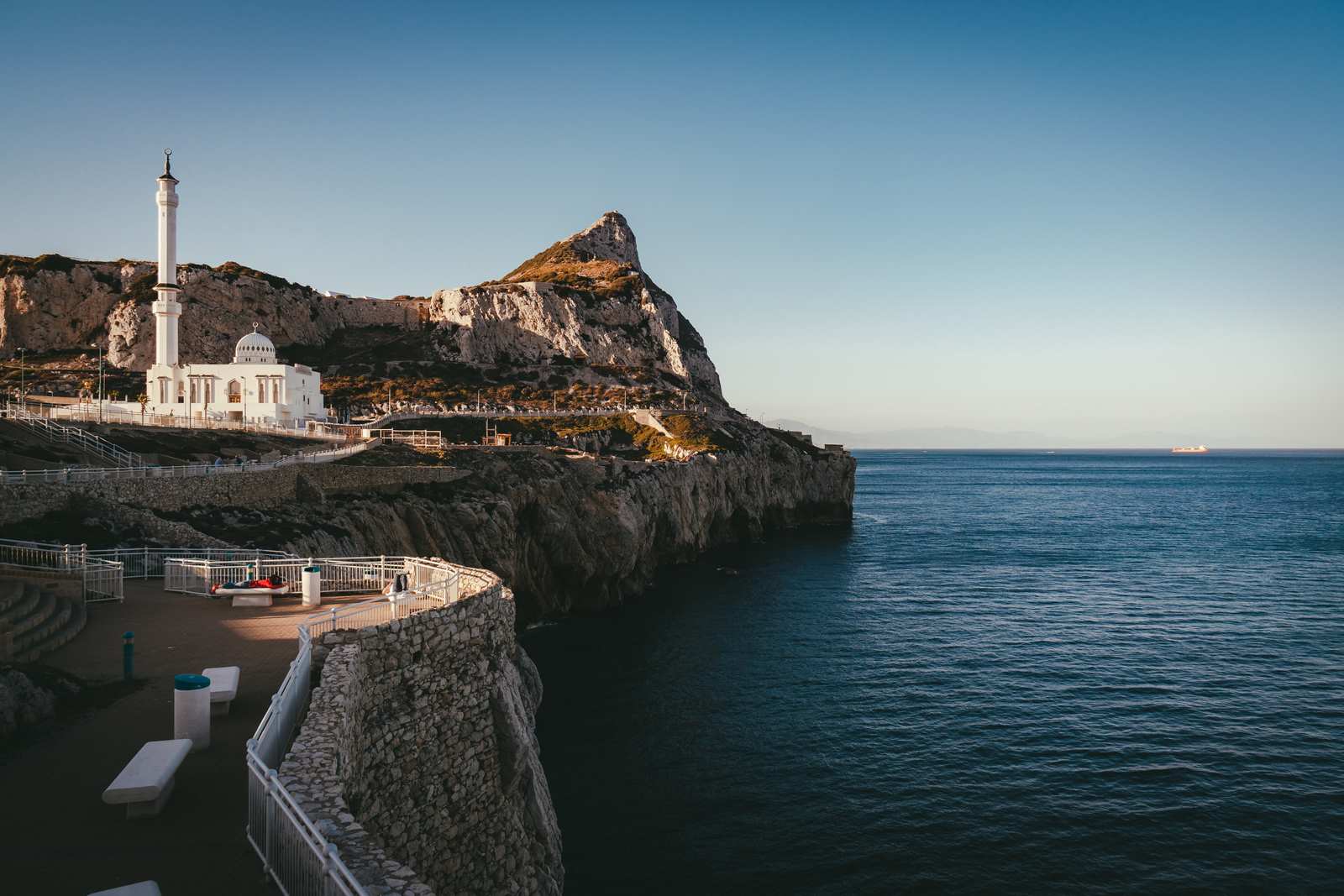 The Ibrahim-al-Ibrahim Mosque was a GBP 5 million gift from the King of Saudi Arabia and is one of the largest in a non-Muslim country. Many Gibraltarians were outraged when it was built in 1997 as a large percentage of the population is Catholic, although it is now a very important place.

6. Gibraltar airport has one of the strangest and most dangerous runways in the world

The lack of territory meant that the only runway at Gibraltar airport is crossed by its busiest road: Winston Churchill Avenue. The street closes every time a plane lands or departs, with a couple of less than sophisticated barriers. It is quite a show that I have seen several times. With a runway that also extends into the sea, it is certainly not suitable for nervous travelers and is one of the “most dangerous airports in the world”.

7. It has its own language

“Llanito” is spoken in Gibraltar. It consists of a strange mixture of Andalusian Spanish and English, along with some Portuguese and Maltese words, others of Genoese medieval dialect, and even some of Hebrew origin. Speakers seem to switch languages in the middle of a sentence, making it almost impossible to understand for those who only speak English or Spanish.

8. It is an overpopulated territory 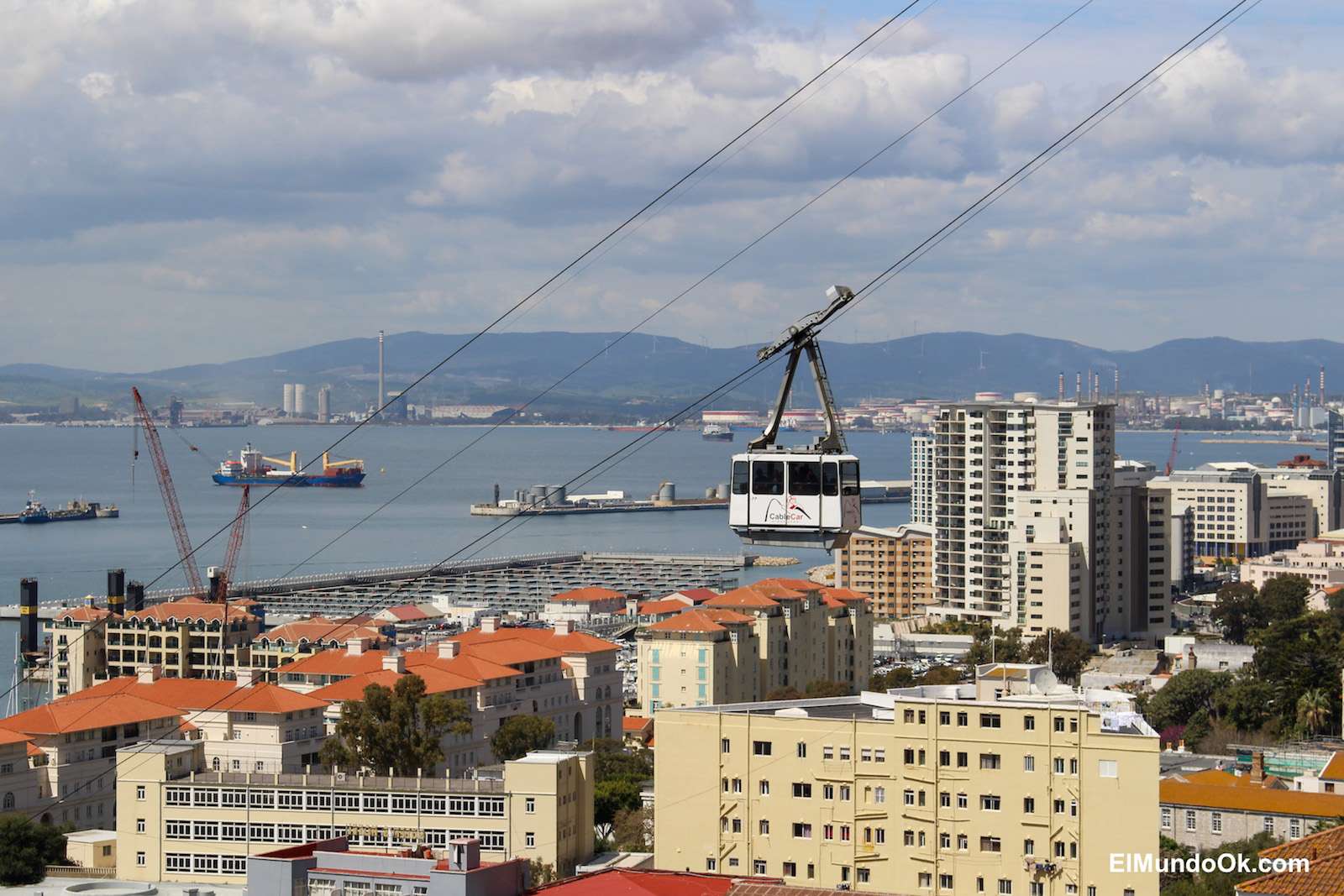 If you thought that Cairo or Mexico City are overcrowded locations, you would be making a mistake, as Gibraltar is only 6.8 km2 in size, with a population of approximately 33,000 inhabitants. These numbers make it the fifth-highest density of any country or territory in the world (behind only Macao, Monaco, Singapore, and Hong Kong).

9. Despite its size, it is a UNESCO World Heritage Site 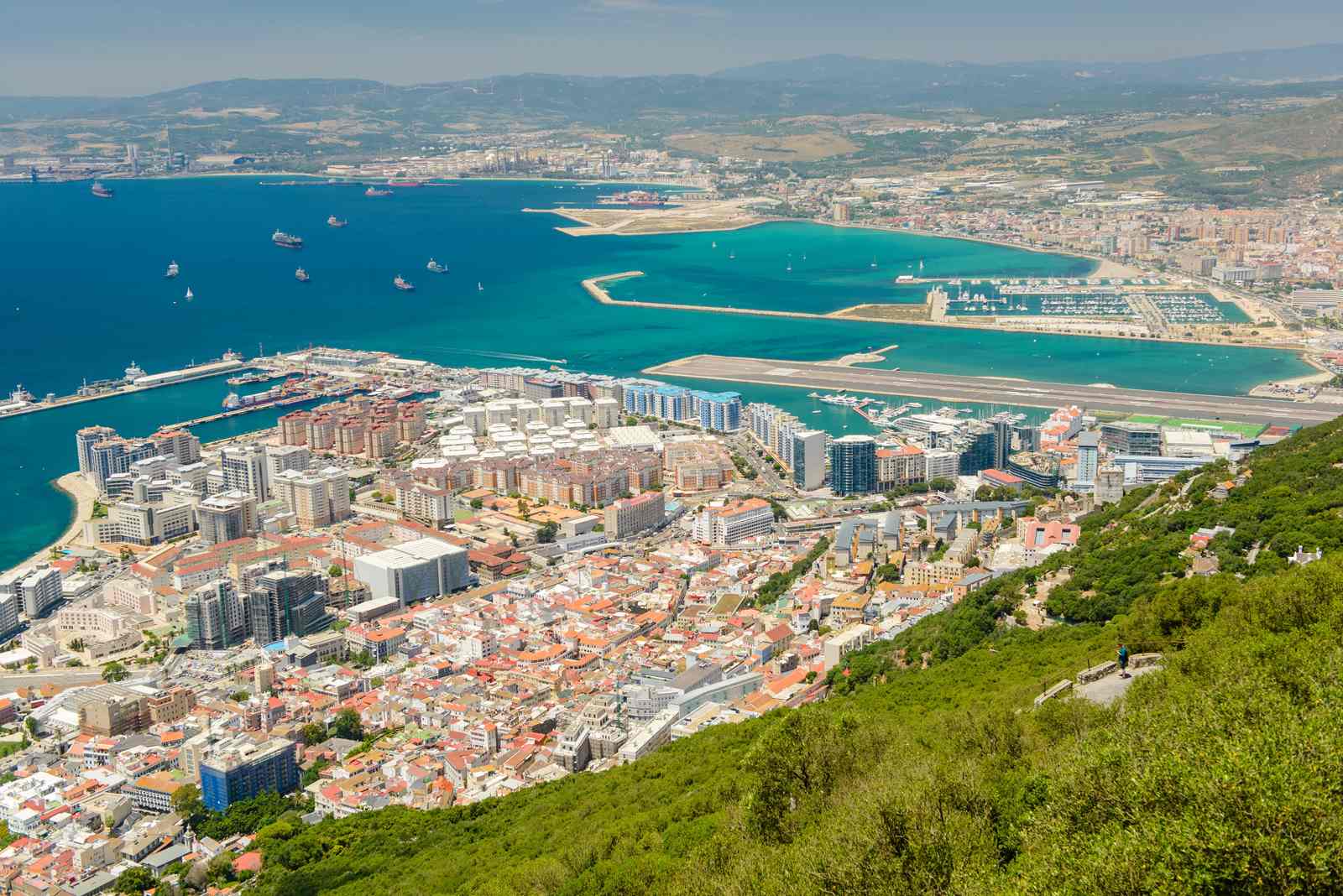 Gorham Cave, part of a complex of four sea caves, is one of the new additions to UNESCO’s ever-expanding list, which was included in 2016. The cave is one of the least known corners of Neanderthal life in Europe and contains 39,000 years of ancient engravings, described as one of the earliest examples of abstract art.

10. There are red phone boxes 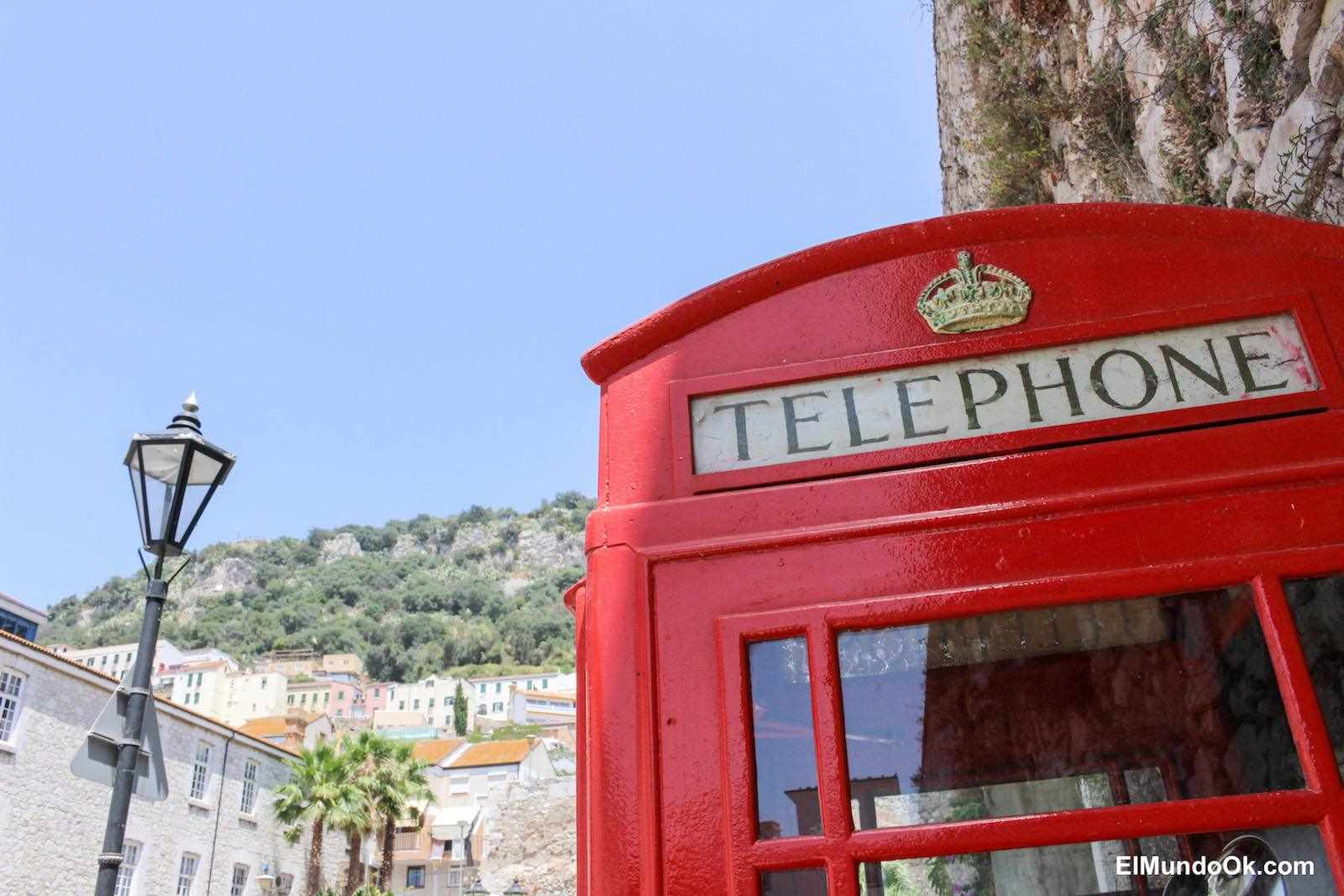 Gibraltar is truly a slice of Britain with sunshine and a Mediterranean climate on the Iberian Peninsula and boasts the famous red telephone boxes. I do not know if they really work today but there are various in several places on the rock.

11. There are very low taxes 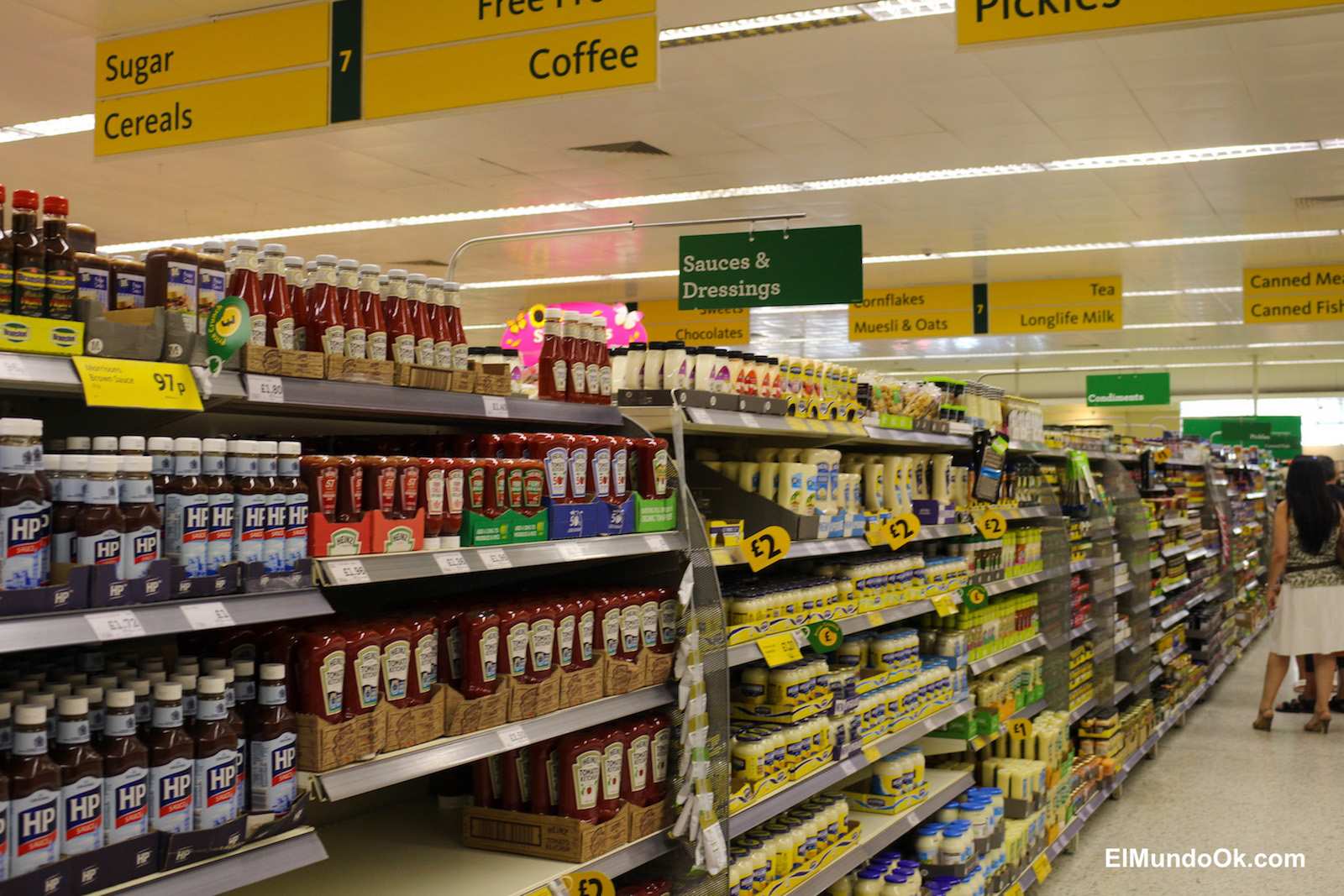 There are very low taxes on goods and/or products in Gibraltar. Although it depends a lot on the product you want to buy. For this reason, you go to see tourists who buy cigarettes and alcoholic beverages in stores when leaving the country. To compare prices, a pack of 20 cigarettes in the UK costs around £10, but in Gibraltar, it is around £3. A large bottle of good gin can cost £25 in the UK, in Gibraltar about £10. 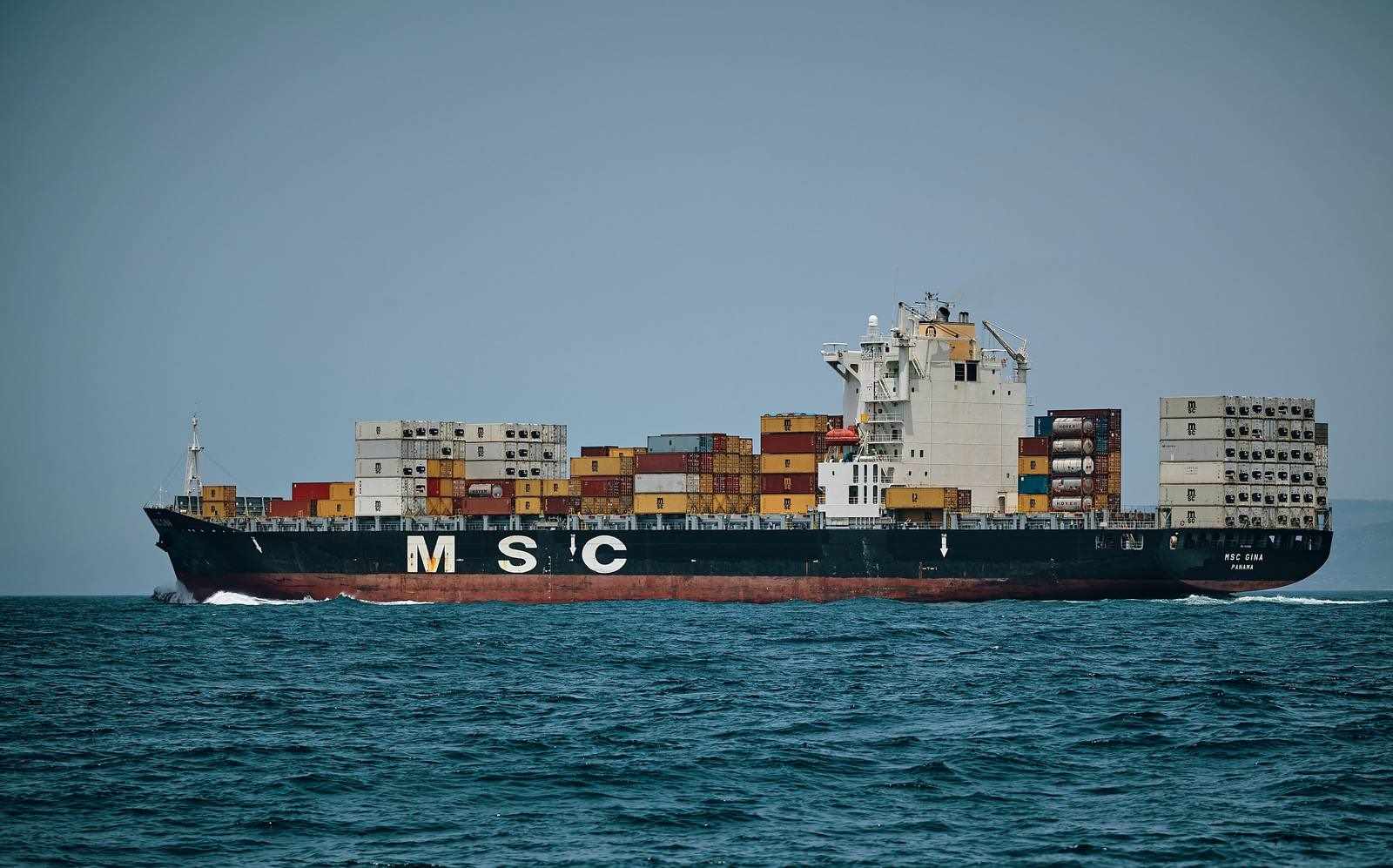 These prices are subject to exchange rates with Gibraltar. For comparison to your currency check the website Xe.com.

12. The Rock is connected to Africa by a tunnel 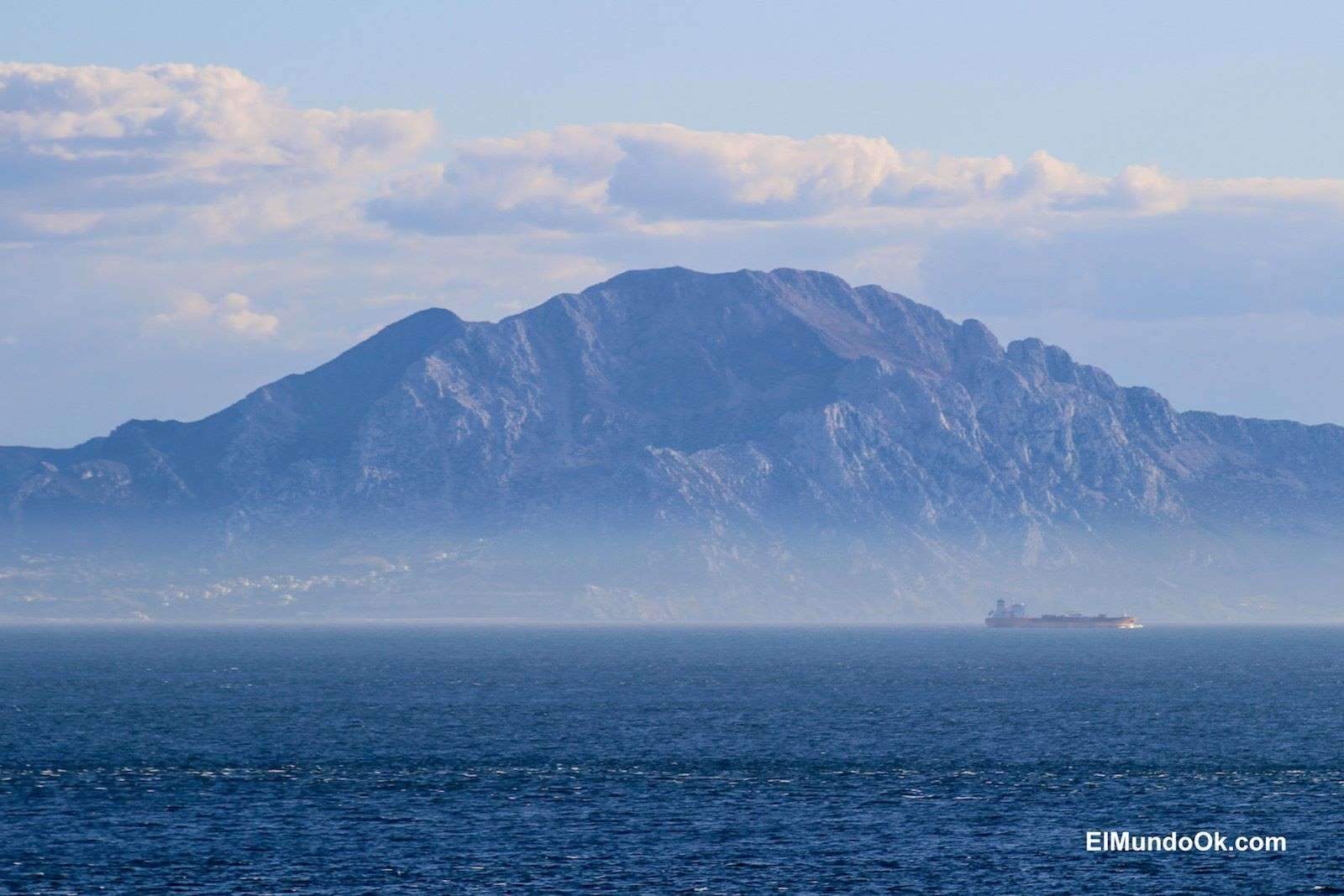 Although it has not been scientifically or expertly tested. There is a legend of a secret natural tunnel from Gibraltar to Morocco and that is accessible from the depths of the cave of San Miguel. We don’t know if it’s true, but there are all kinds of stories of missing people in the caves who were never seen again. There is even a mythological legend from thousands of years ago (Columns of Hercules) both continents were together and for one reason or another, Gibraltar is one of the arms of Hercules and the other is Rif mountain in Morocco.

13. It has artificial beaches 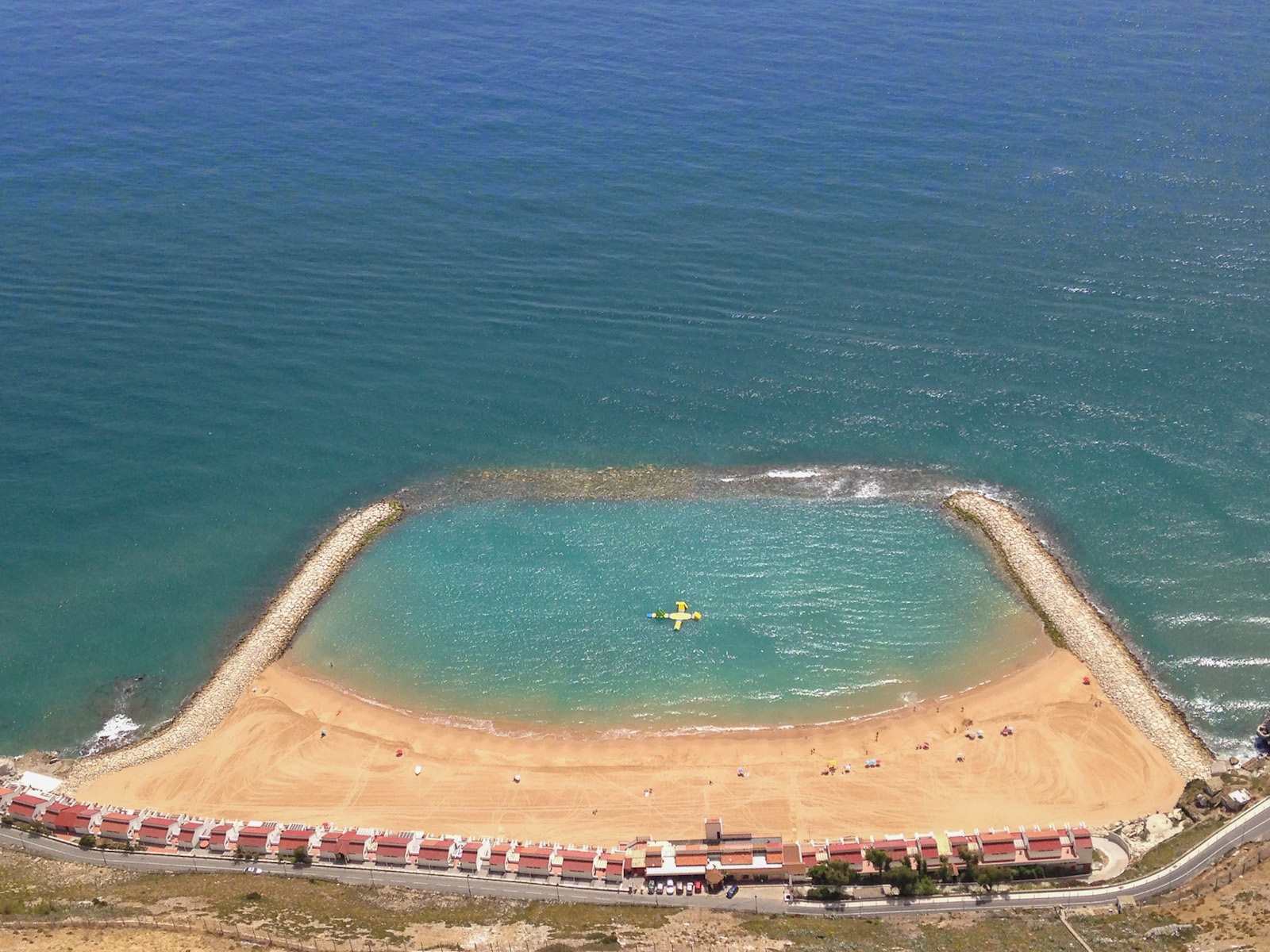 There are six beaches along with the Gibraltar coast ideal for visiting and enjoying in the summer. Although, the strange thing is that Gibraltar did not always have these beaches. For example, Sandy Bay Beach was “built” in 2014 by importing some 50,000 tons of sand to create a new recreation area for residents and visitors to Gibraltar.

14. Quite a few online roadhouses are based there 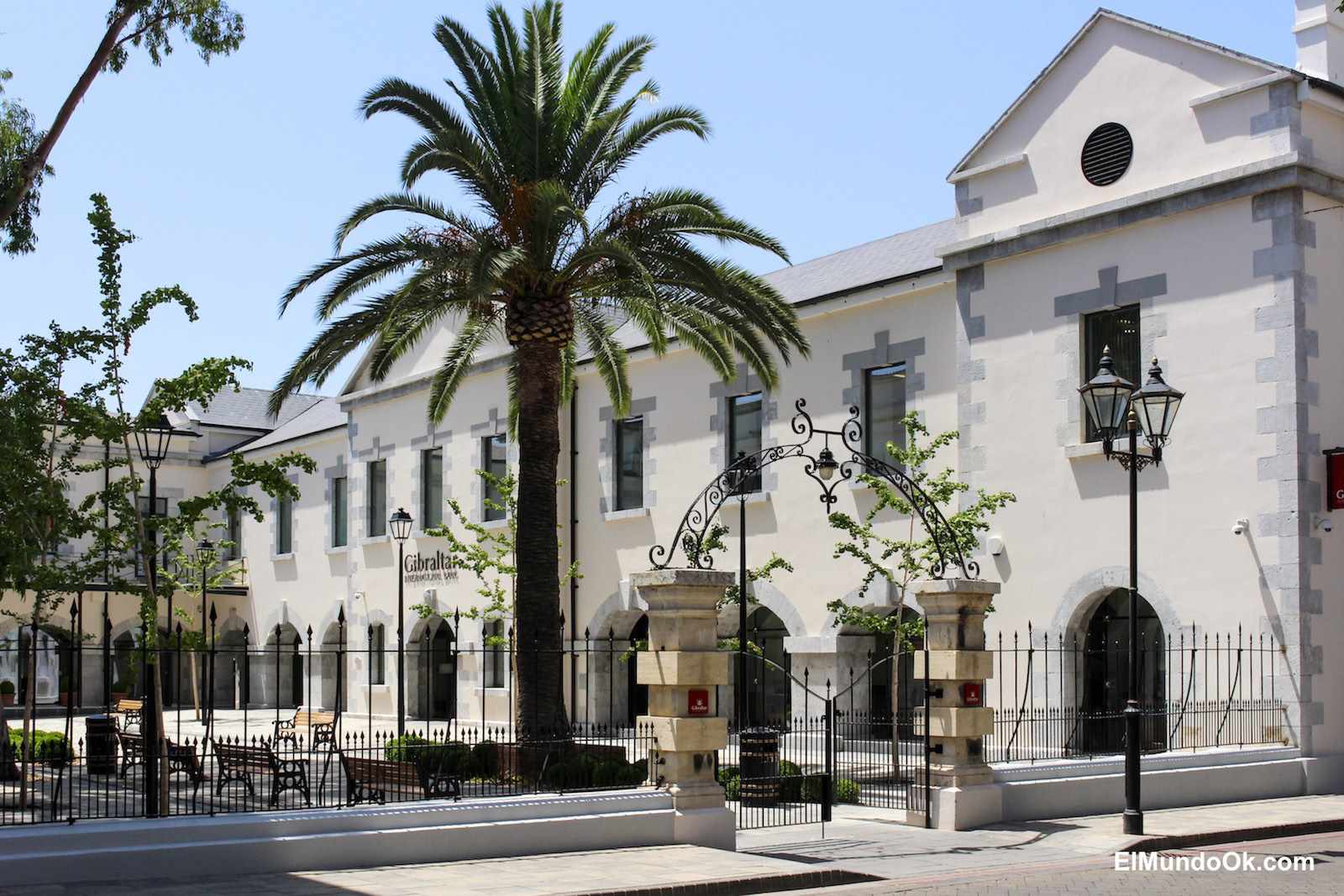 In Gibraltar, there are approximately 20 Gibraltar-based gaming companies that employ around 3,000 people, almost a tenth of the population.

15. A hotel with nostalgia 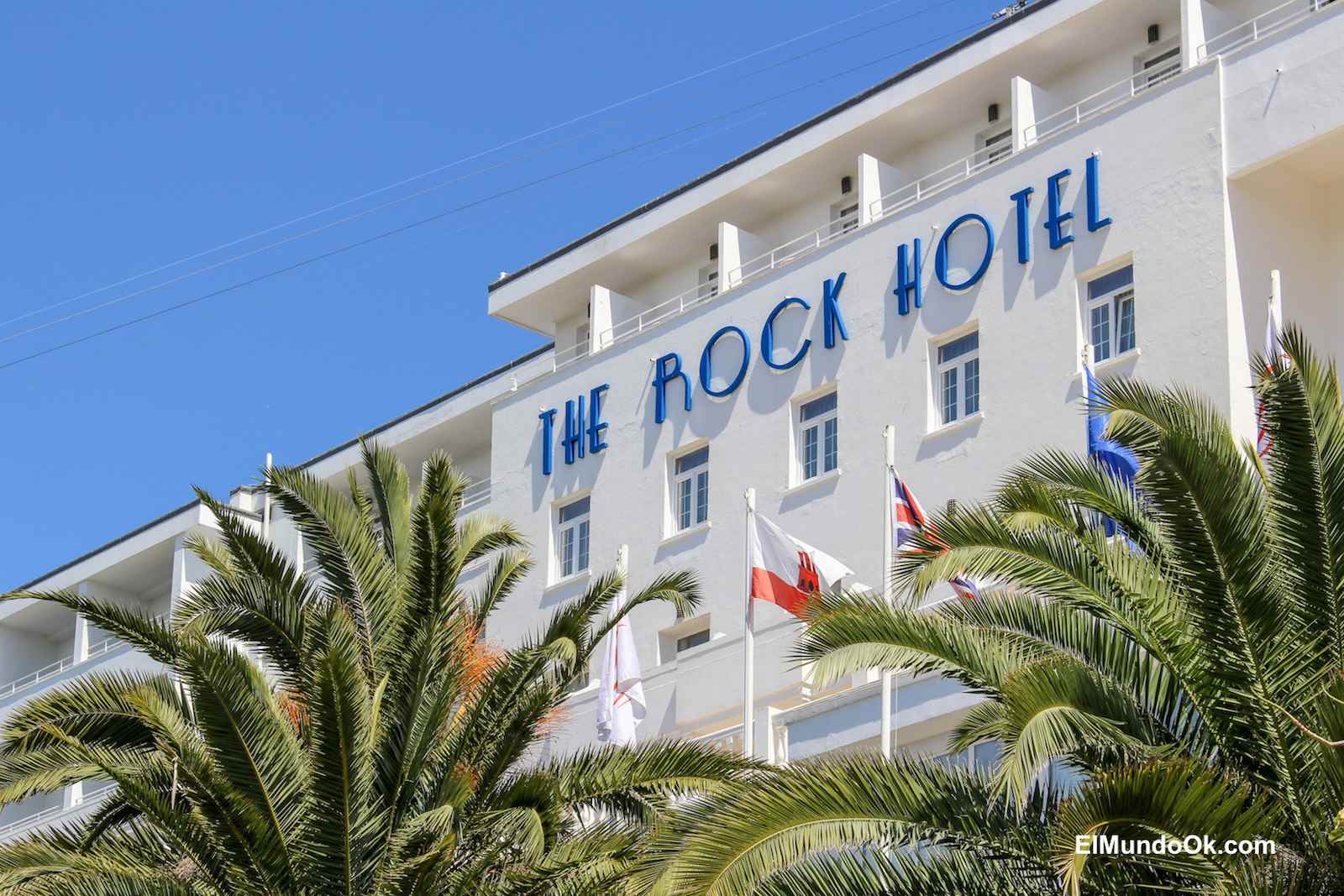 The Rock Hotel is an iconic place to stay for several reasons. Famous people from around the world have been hosted there and it is a delight and quite traditional to try the “afternoon tea” on the Wisteria Terrace. It is a very pleasant experience. If you stay here you would also have some great views.

16. Plus there’s a giant floating hotel 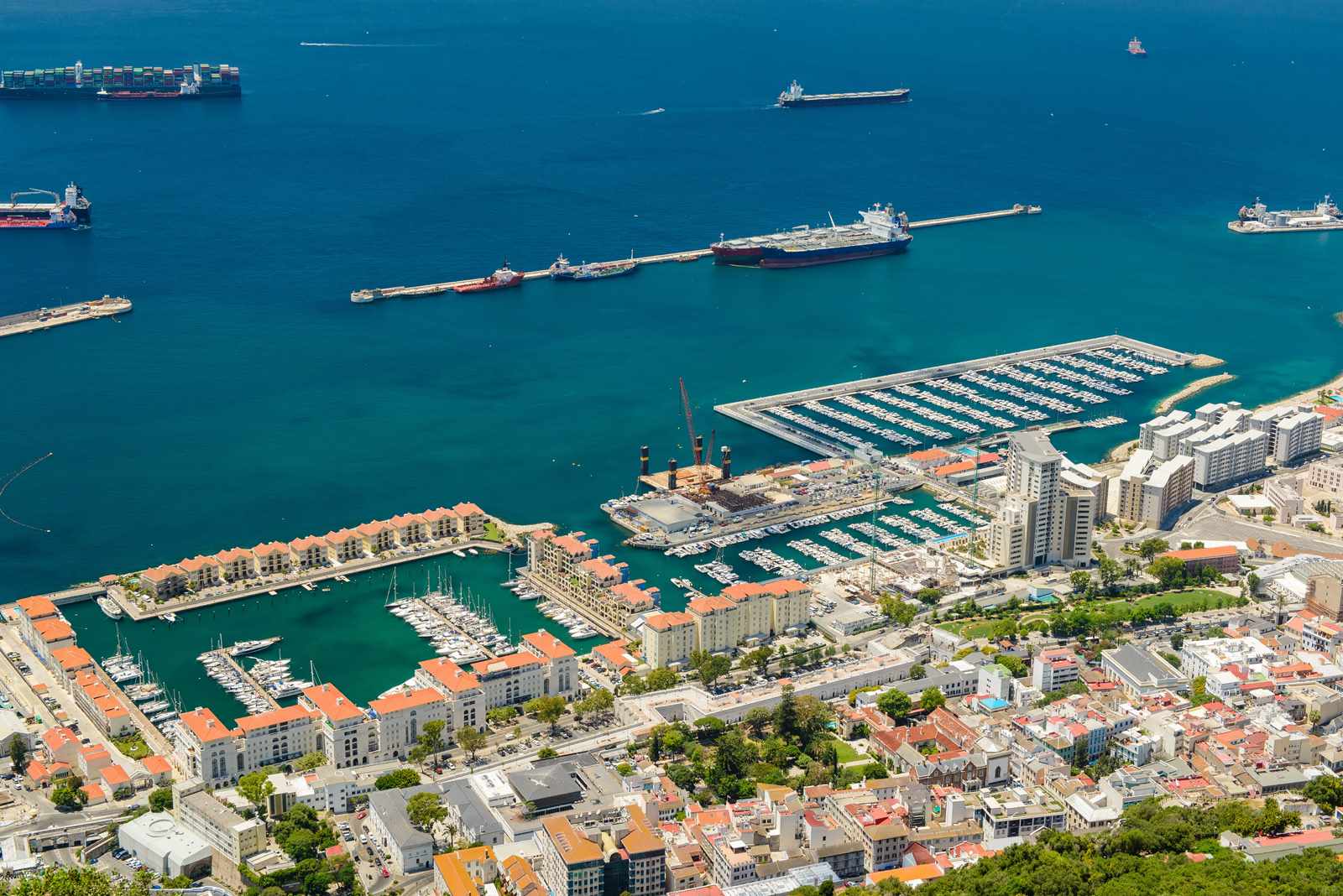 Regarded as a “super-luxury five-star superyacht hotel,” Sunborn Gibraltar occupies a seven-deck static cruise. It is far from the old-fashioned image of Gibraltar and is one of the most modern curiosities of Gibraltar. It is located in an area with bars and restaurants ideal for walking and spending the night or the day, especially in the summertime.

Keep reading: What is Spain famous for?

Bo Saldaña is a global traveler, freelance writer, and social media consultant who runs El Mundo Ok his own travel blog in Spanish.