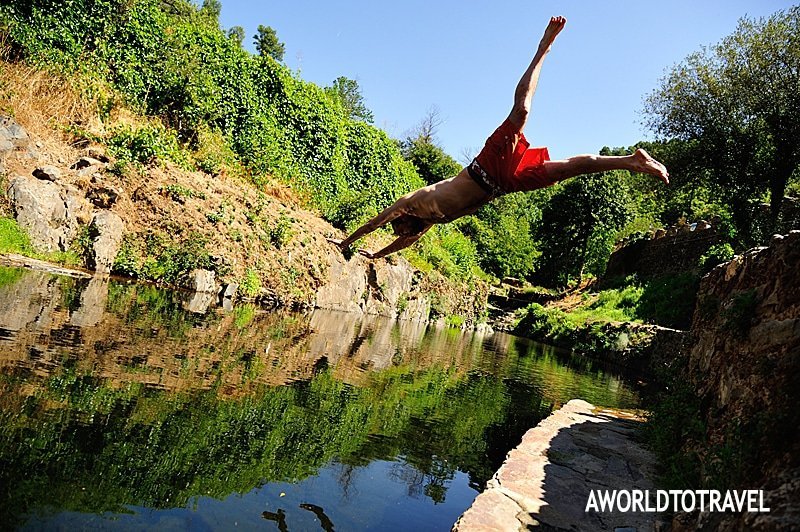 The quintessential travel format of choice is without a doubt – discounting, of course, a Phileas Fogg style adventure- ‘The Gap Year’, sparky fresh faced eighteen-year-olds in baggy trouser and overstuffed backpacks all heading off to marvel at the wonders of distant shores for a year.

Can I tell you something? I simply cannot stand Gap Years; the concept of it, cv-enhancing, life experience, pre-prescribedness of it. Nope, don’t like it. Not a jot.

Before anyone takes offense, it’s not the people I have a problem with –unless they pilfer my prized jar of Nutella in the hostel pantry-, just the Gap Year itself.

Let’s start with the title because in its pomp it truly is a Title:

“What are you doing after your exams?”

“Oh you know,” looking down to inspect their fingernails with an overplayed lack of concern, “doing a Gap Year.”

To which the response is inevitably laden with ‘oohs’ and ‘ahhs’ and enough sickly sweet admirations to make your stomach flip. Such admiration and awe, all because someone has chosen to jet off somewhere for a few months – seeing the world should be the norm.

Next up, the plain and simple, downright typicalness of it: a few friends, rucksacks and tickets to Australia/South East Asia/Europe (delete all which are not applicable) and that is a brief summary of about 95% of Gap Year itineraries. Not to mention that you can spot a Gap Yearer a mile off, which is probably how they manage to cluster and converge like raging river torrents, often to produce similarly disastrous effects if the conditions aren’t quite right. Travel used to be about broadening the mind, well if the Gap Year enclaves in well-worn hostels are anything to go by, that message has been lost. Gap Yearers return home, crowing all that the world has taught them. In reality, the more I travel, the more I realize how very little it is that I know.

And why oh why the sheer do-goodness of it all? I am all for volunteering, supporting good causes and generally just being a good human being but there is no need to go on about it. Congratulations! I beam with delight; you gave a begging child a whole $1/£1/€1 of your money – how generous! Now think, that kid has been sent to the streets because tourists feel are more likely to feel sorry for the raggedy child than their parents, at the expense of their chance at an education and any shot of getting out of poverty. Or there are those who humbly dedicate themselves for an entire week to some cause here or there; except they don’t really care or give their all. In fact, a lot of the time volunteers just get in the way a bit – I think the rule has to be only to offer your help with something that you are really willing a wishing to be a part of.

I’ll admit, I’m a cheapskate but only to a point. Loads of Gap Years involve such a tight budget that they forget to include fun in the plan. The issue is, unlike traveling as a lifestyle, Gap Yearers can’t live in a perpetual state of being broke because they have a dead line, where the adventure around the world ends and Real Life begins. One year, with no incomings, that will hit your pockets hard. This time constraint poses other issues, go fast or go slow? See every corner of the globe without actually Seeing it at all or settle somewhere so long that it becomes a home away from home and you may as well have never bothered with the flight in the first place. It’s a tricky conundrum and a hard equilibrium to strike.

Once it’s over then, I can never quite fathom how easily they slot back into Real Life as though the Gap Year was just a job to be ticked off of the list and the remaining evidence of photos to be confined to the murky depths of an external hard drive. Even worse though, are the people who can’t settle and yearn to leave again but don’t, precisely because the Gap Year is done and dusted and it’s time to grow up. In fact, I’ve hit the nail on the head. The problem is that ‘it’s just a Gap Year’ and then it’s all over. Why can’t we travel when we’re 30, 40, 50, 60, 70? Why can’t we just dash off and leap into the childish thrill of experiencing something new?

Brand new Heineken campaign Voyage is the perfect example. Lucky participants are “dropped” into a tailored travel adventure that will be later broadcasted. So far, so good! But, would you do it?

Well, the thing is we can. Don’t be a Gap Yearer, make it your life.

Jess Hoar
Back to Top