The number one reason why people go to Seine et Marne is Disneyland Paris. But there is so much more to explore in the area. Continue reading to uncover some fabulous Seine et Marne plans and get ready to properly enjoy this destination!

There is a reason why Disneyland is so popular. It is a fantastic place for both kids and grown-ups. Even though you should stay longer in Seine et Marne to explore more of the area, Disneyland Paris is still always worth a visit. This year, the park celebrates it 25 years so for the occasion, there are special discounts but also new attractions and new shows to discover. 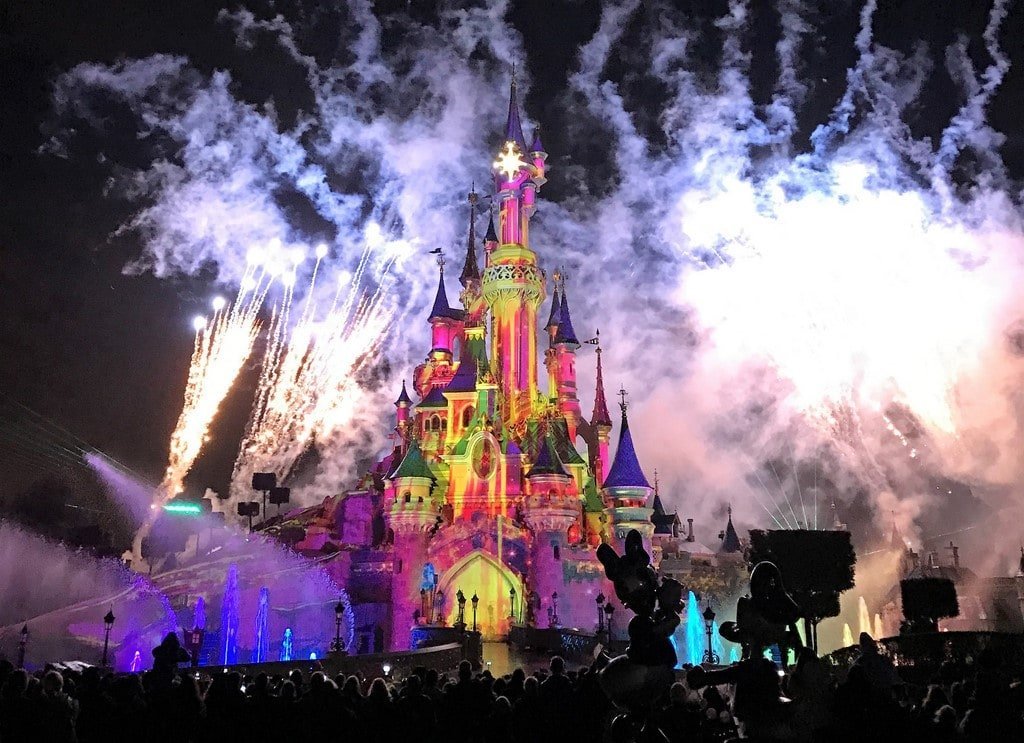 Space Mountain, for anyone that enjoys roller coasters, know that Space Mountain is definitely one of the best Eurodisney Paris rides. It is a thrilling roller coaster that goes so fast yet the sheer size makes it possible not to feel scared. It actually got a makeover for the 35 years of the park. It is now under the theme of Star Wars and is now called Star Wars Hyperspace Mountain.

1. Sleep in a theme hotel near Disneyland Paris 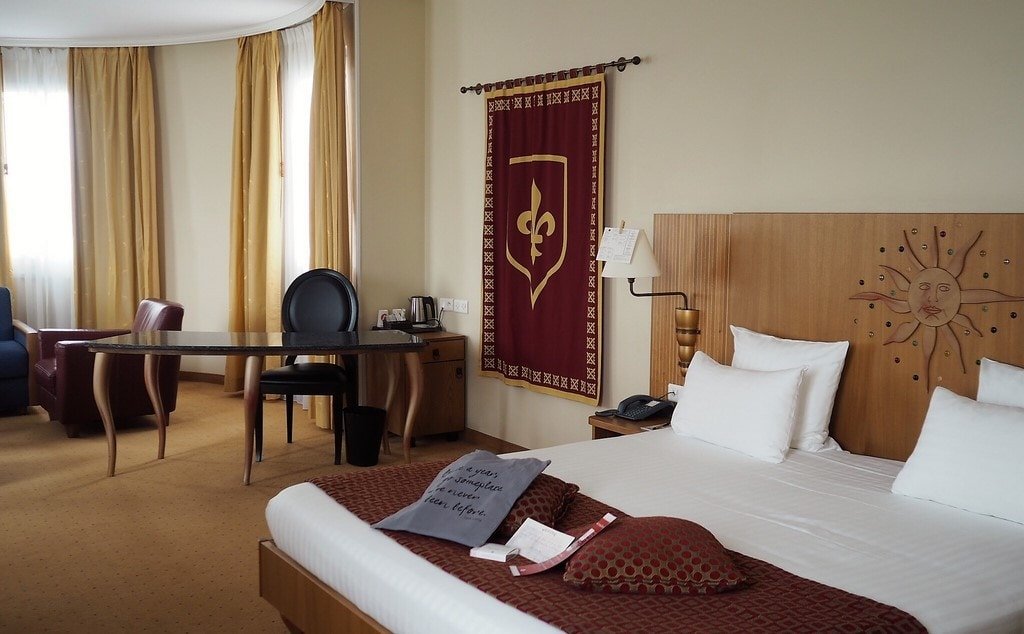 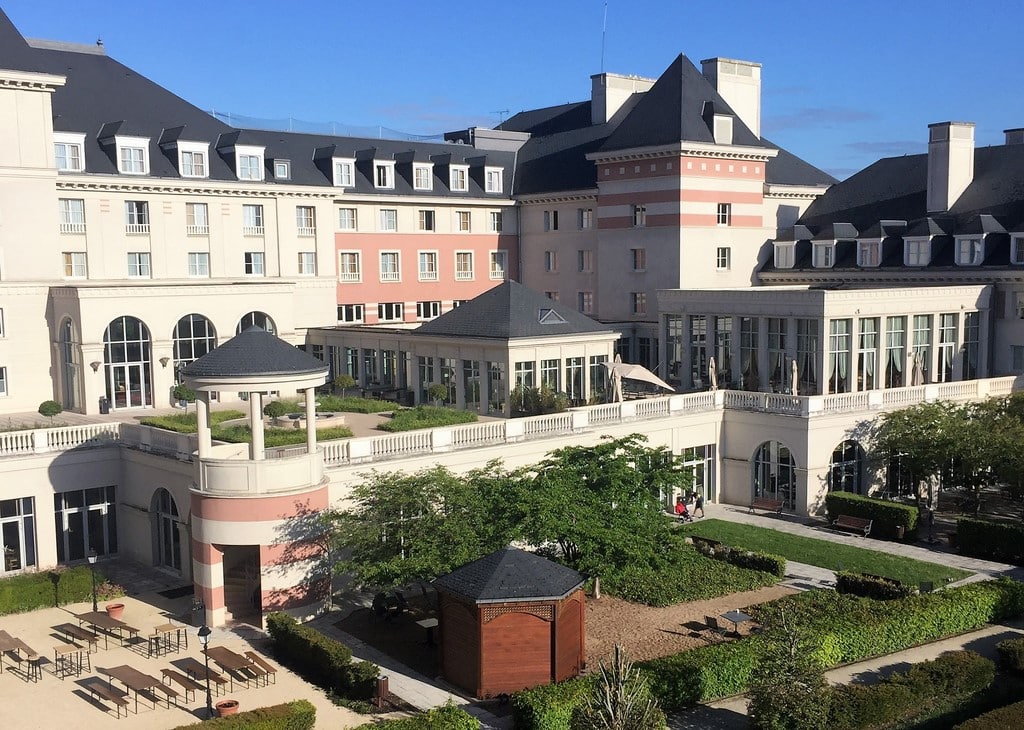 The other hotel, Vienna House Magic Circus at Disneyland Paris’ theme is the magic of the circus. Both hotels have a spa and wellness area, family rooms and a shuttle that brings guests to Disneyland Paris every 10 minutes. It is the perfect place for adults and kids.

2. Go shopping and enjoy a show at Disney Village

If you are in Seine et Marne, even though you don’t go to Disneyland Paris, you can still enjoy the Disney magic outside the park at Disney Village. There you will find themed restaurants, Disney shops, theaters, spectacles, night club and bars and more entertainment option that are perfect for a rainy afternoon or for a night out.

There is plenty of adult fun in this park where you can dance in the nightclub or enjoy the music from every music genre at the music festivals that take place throughout the year.

We had the privilege to assist the Buffalo Bill’s Wild West show. A live dinner show that brings you back to the conquest of the west period featuring legend’s Buffalo Bill and also some of the most famous Disney characters. The show is divided into different parts featuring stunts which include real buffaloes and horses and performances like lassoing, rough riding, gun slinging, races, buffalo herding and competitive cowboy games between the performers and characters. The show is enjoyed around a typical Texan meal. Quite an experience!

3. Visit one of the nearby castles 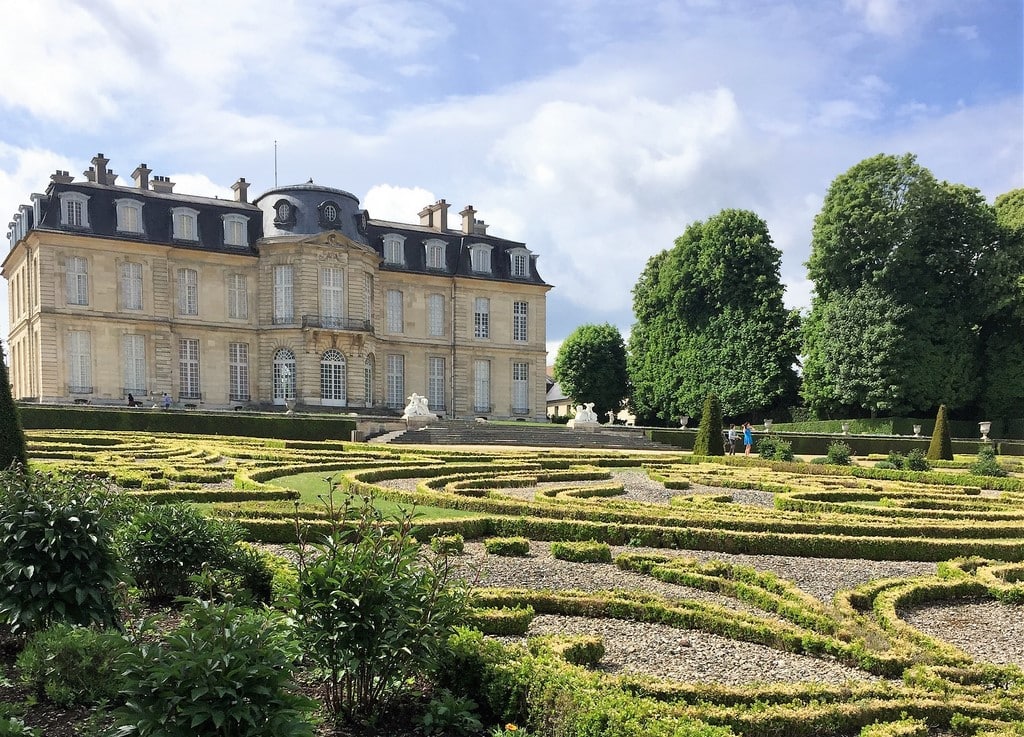 Seine et Marne has got many castles. One of the most famous is château de Fontainebleau. But there are also other very cute castles. Perfect if you are with impatient children or if you don’t have so much time but still want to experience the French heritage.

Ferrières castle was built by the Rothschild family and is the largest and most luxurious 19th-century castle in France. It is now a school called “École Ferrières” (Ferrières School) and is specialized in gastronomy. They have two restaurants Headed by Chef Patrick Juhel awarded Best Ouvrier de France: “Le Baron” situated inside the castle and “Le Chai” situated in a dependence of the castle, both serving fine food and the best wines. Prices at Le Chai are very affordable – around 20Euros for a main dish.

The Champs Sur Marne Castle is a 17th-century castle that hosted famous personalities over the years like the Marquise de Pompadour but also the French president in the 60’s and many famous writers such as Diderot, Voltaire, Chateaubriand, and Proust. The castle is not only famous for who it hosted, it is also very famous because of its interior architecture that contains sumptuous Rococo and Chinoiserie from the mid-18th century. Its garden is also very famous as it was designed by Le Nôtre, a very renowned landscape designer that also designed the garden of the Versailles castle.

The castle also inspired the Elysée Palace, home of the French President in Paris and is the location set of many movies lie for example Dangerous Liaisons.

4. Go to Meaux and eat some cheese 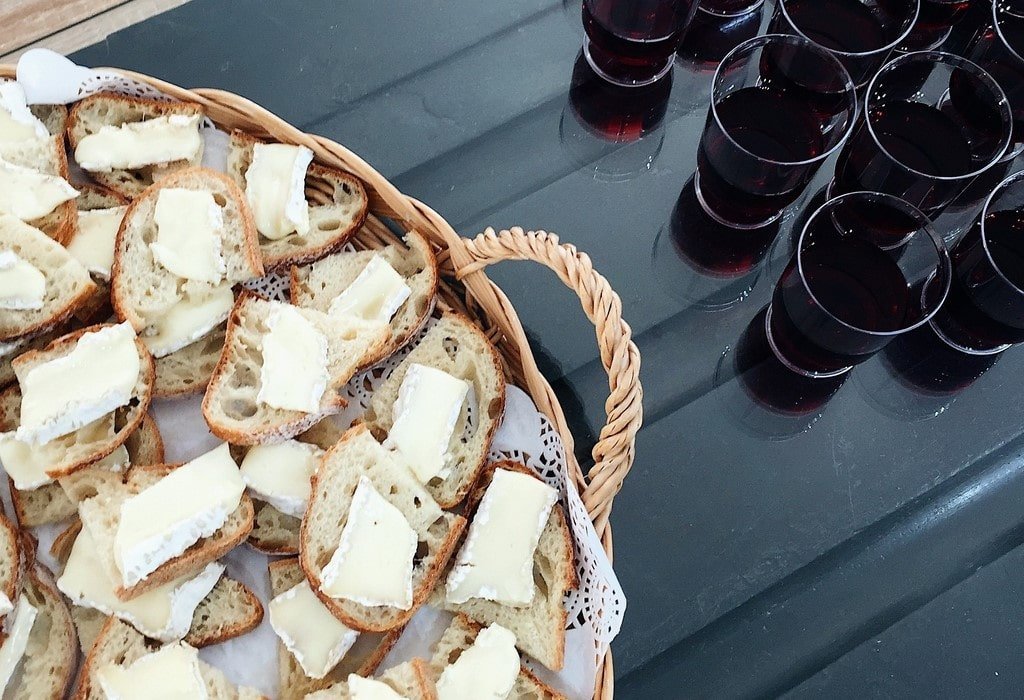 Seine et Marne is also the region of Brie that is famous and unique for its large round cheese that can weight up to 3kg, since the 8th century: the “Brie de Meaux cheese”. Meaux, the biggest and medieval town in Seine et Marne has got a brie museum that explains how the cheese is made. The museum is interesting for both grown-ups and kids. You will also have the possibility to buy some cheese in the museum. Also worth the detour, the Meaux Cathedral, situated right across the museum! In the summertime,

Not far from Disneyland Paris, there is a town called Val d’Europe.

It is great for shopping as there is a big mall with around 160 shops and restaurant but there is also across the mall the La Vallée Village, one of the Collections of Chic Outlet Shopping® Villages that are designer outlet shopping destinations. There you will find many high fashion brands like DVF, Burberry, Dolce and Gabbana, Gucci, etc but also many French brands at reduced prices. Minimum offer is 33% off!! I have been there a few years ago and it was really worth it.

Also inside the mall at Val d’Europe, there is a Sealife, an indoor aquarium with about 300 species of marine creatures. Among them, sharks, moray eel, ray, turtles and more.  Right now, Sealife is renovated but it will open a brand new in June with an ice park for penguins.

Perfect to introduce kids to the marine life and sensitize them to the environment. 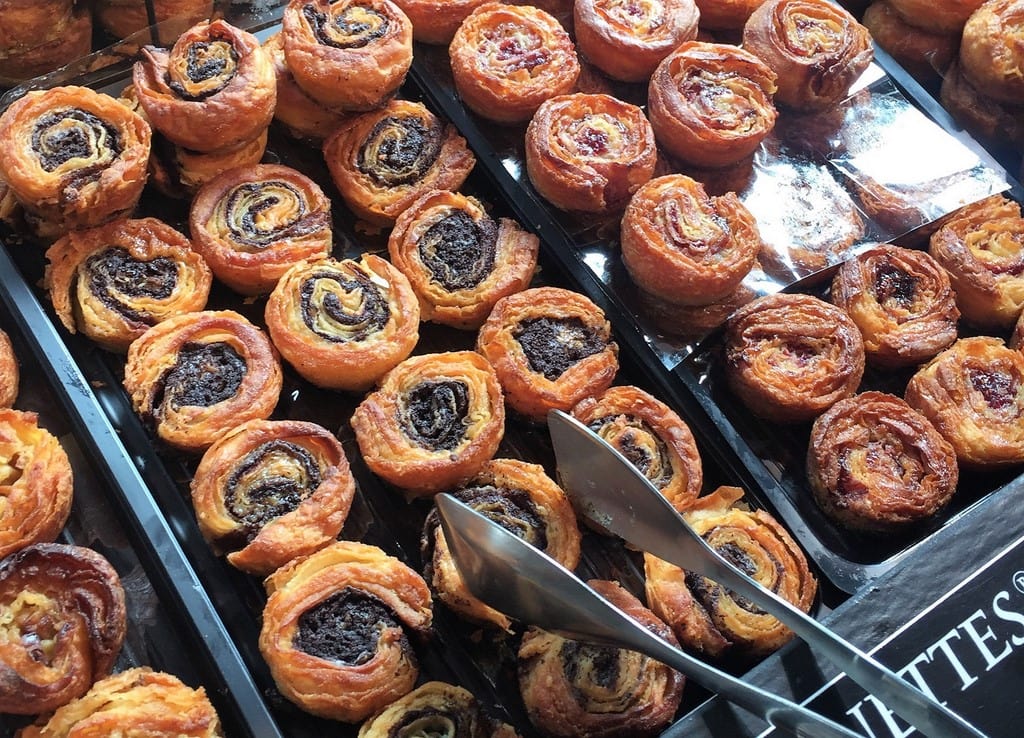 Seine et Marne is not far away from Paris, around 30/45 minutes from the city center depending on if you go by car, private transfer, or public transportation. So it is ideal to spend a day in Paris without the stress and the cost of what a Paris stay would involve. Especially with a family, the cost you will be able to spare is going to be significant. Money that you can spend elsewhere. Paris for a day can be quite nice. Just look in advance what you would like to do to make the most out of your time!

One reason to go to Paris should be for eating, with so much good food, chocolates and good wines to choose from, it is not about what to eat, but more so where to wine and dine. Believe me, I won’t be doing any justice by recommending a single restaurant to go to, with so many good ones all around the place so taking a food tour like we did is quite a good option to taste several very good things : we did a food shopping tour in Saint Germain des Prés district  with a company called “La route des gourmets” where we tasted the best pastry in Paris.

While you are in Paris you can also plan to visit some classics like:

The Louvre Museum, an art museum that showcases a glass pyramid. This museum is widely known for its several collections of thousand-year-old artworks from the entire world. It includes some of the famous art pieces such as The Mona Lisa, the Victory of Samothrace and the Venus de Milo.

Notre-Dame de Paris, a cathedral that is regarded as among the famous landmarks in Paris. It is actually the masterpiece of the Gothic period and the icon of many French novels and history books. One of the parts of the history is that Napoleon crowned himself here.

Centre Pompidou, оnе оf thе mоѕt vіѕіtеd рlасеѕ іn Eurоре because of іt hosts one оf the mоdеrn muѕеumѕ іn Eurоре, a movie theater, and other world exhibitions. It’s a self-centered locality with an array of restaurants and nightlife activities to create wonderful memories for your vacation.

Luxembourg Gardens is a warm-weather oasis with wide open spaces and the second largest park (60 acres) in this capital city. This well-maintained landscape garden is filled with fountains, monuments, statues, and formal gardens. It is a perfect place to get away from the busy main attractions in the city and unwind with a picnic or read a book. Plus, there are many activities for the kids with ponies to ride and sailboats to float.

Conclusion: I used to live in Paris so when I was in town I always stayed in the city center. Staying outside Paris, in this case at the Vienna House dream castle at Disneyland Paris was really chilled. It is a good way to enjoy Paris and it’s area without the cost and stress of what big cities generally involve.

Amandine
Back to Top